Back in March, we were so fortunate to stay at Disney's Animal Kingdom Lodge during our trip to the Orlando theme parks. After that visit, it became clear that we had a new favorite Disney deluxe resort! 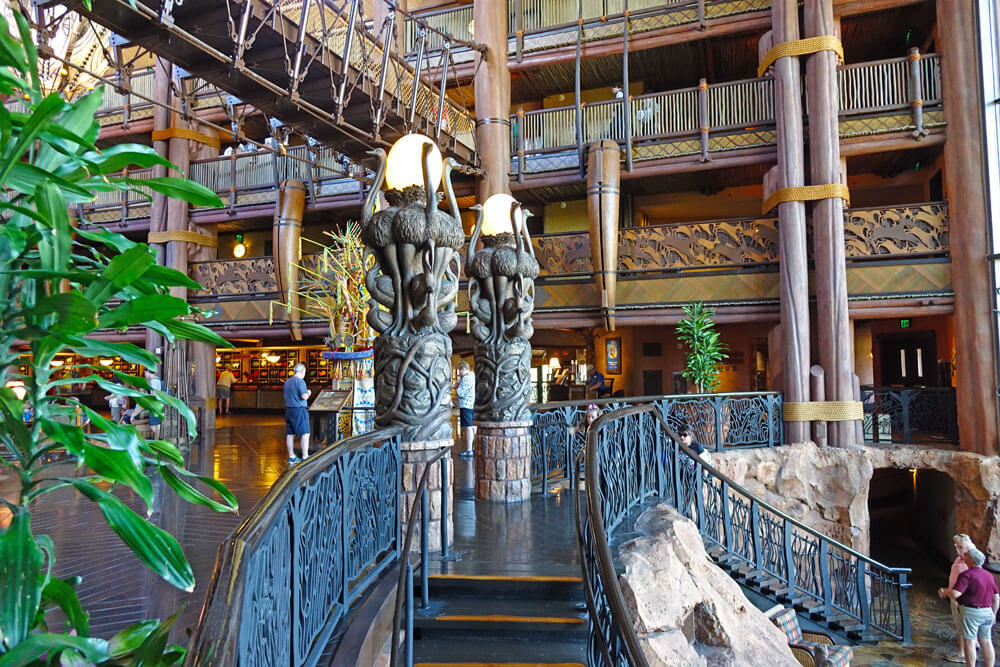 If you'll recall from this post, for the longest time, Disney's Wilderness Lodge was our favorite Disney deluxe resort. And while we do love the Wilderness Lodge, the Animal Kingdom Lodge bests it for us. Here's why!

1. The breakfast at Boma -- Flavors of Africa 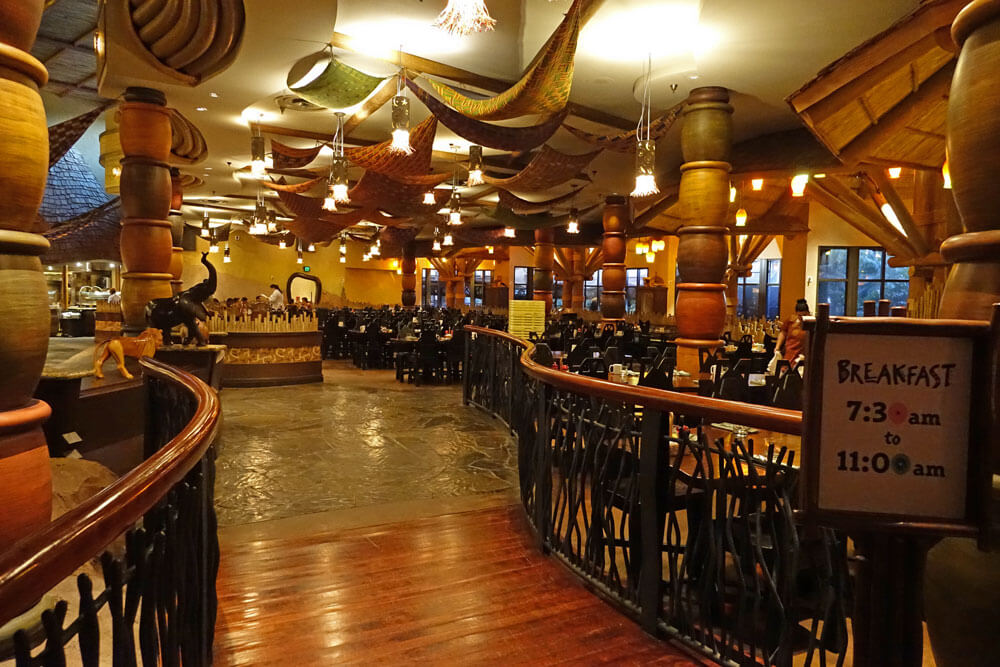 Let's start with the Jungle Juice. This delicious blend of orange, passion fruit and guava juices was recommended by our server on the first morning. I am quite certain it is the best thing I have ever drank. 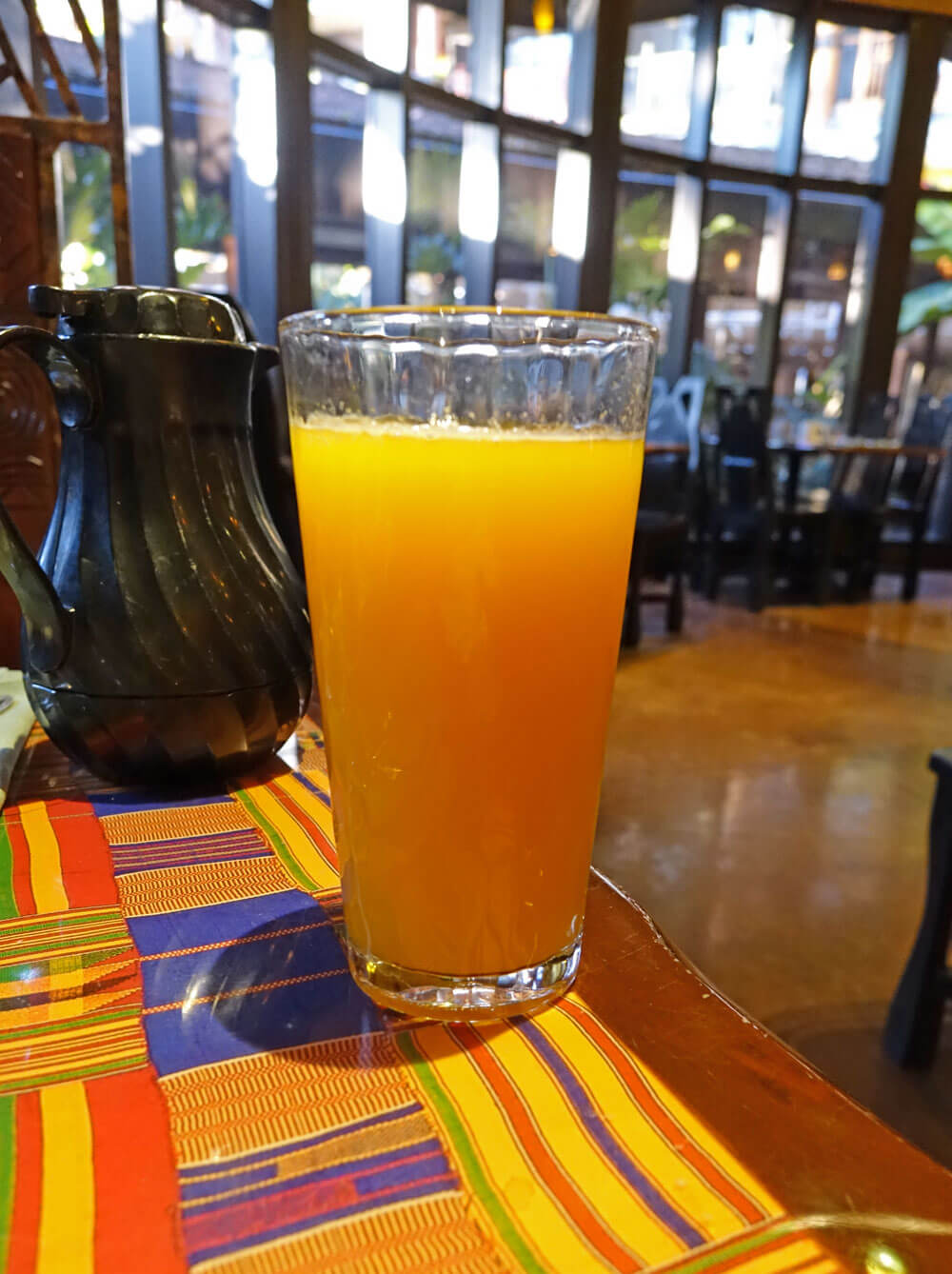 The Kenyan coffee was dark and rich, and it provided the perfect balance to the sweetness of the Jungle Juice. It was also the perfect fuel for a day at the theme parks. 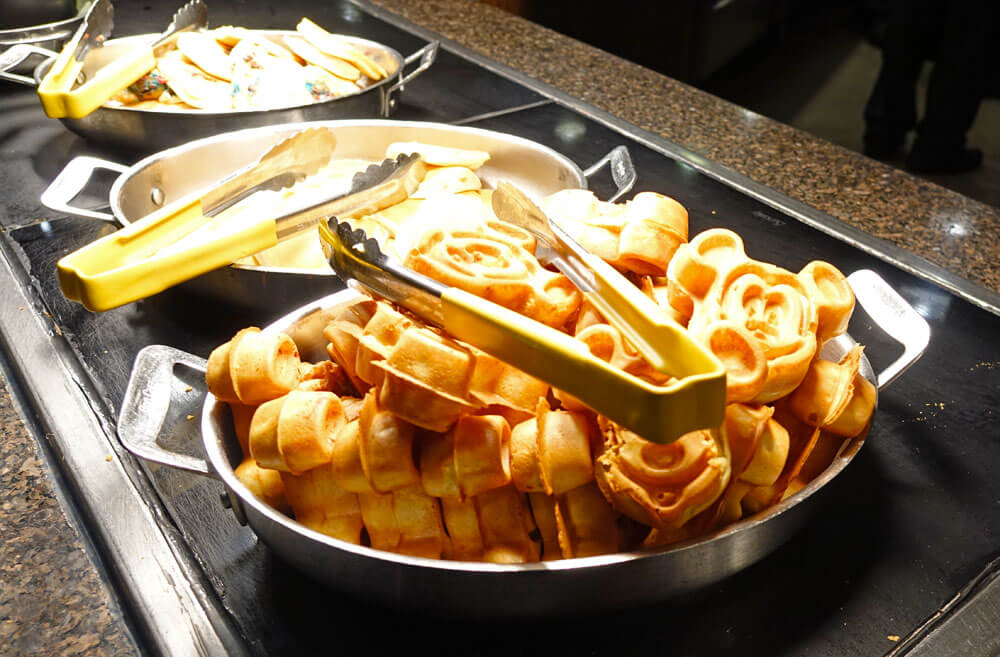 Yes, those were reasons enough to stop in for breakfast, but then the buffet went above and beyond. Of course, it delivered on all of the foods you would expect at a Disney breakfast buffet, sweet breads, bagels, cereals, Mickey waffles, bacon, sausage and cooked-to-order omelets. 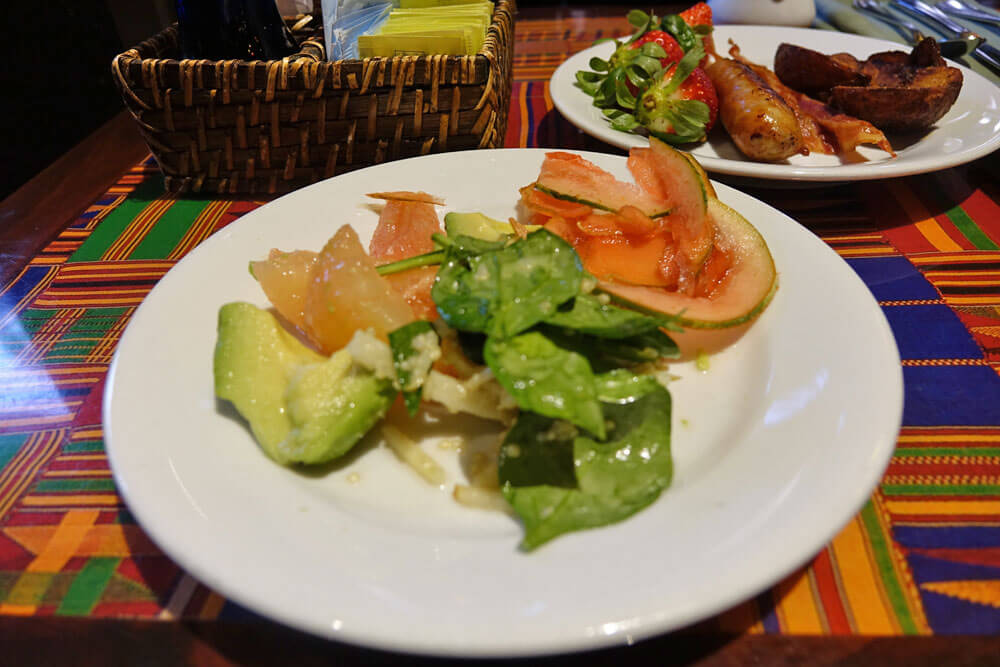 But then it added a few other traditional African dishes, including a divine papaya, avocado and grapefruit salad (recipe here), carved-on-the-spot corned beef, pap and chakalaka (a corn-based porridge with a spicy tomato relish)  and bobotie (a South African quiche). 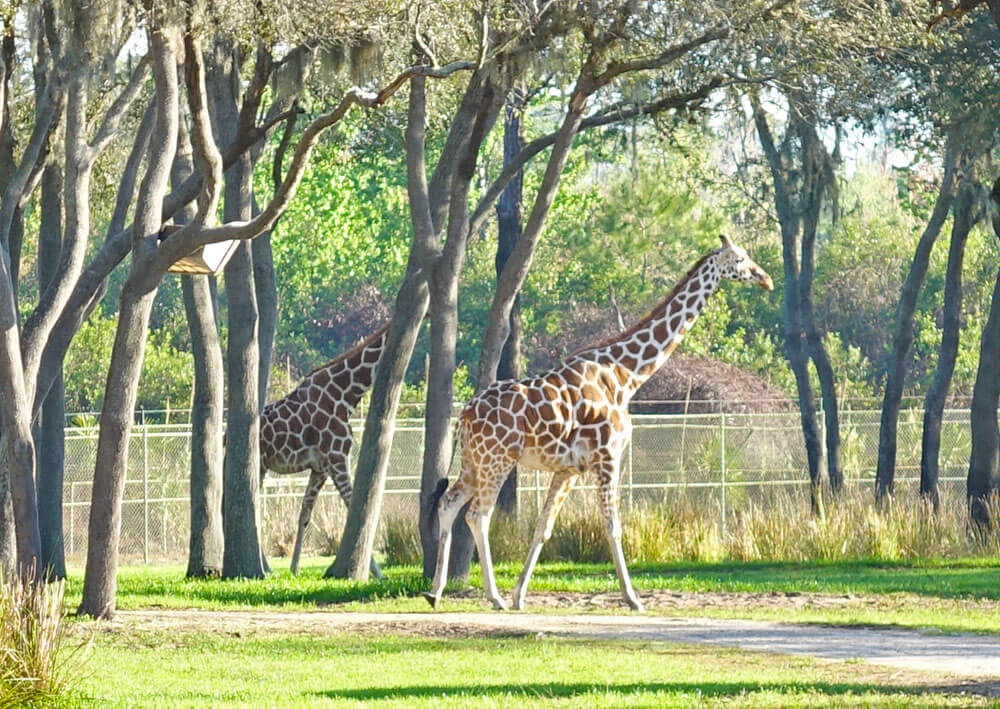 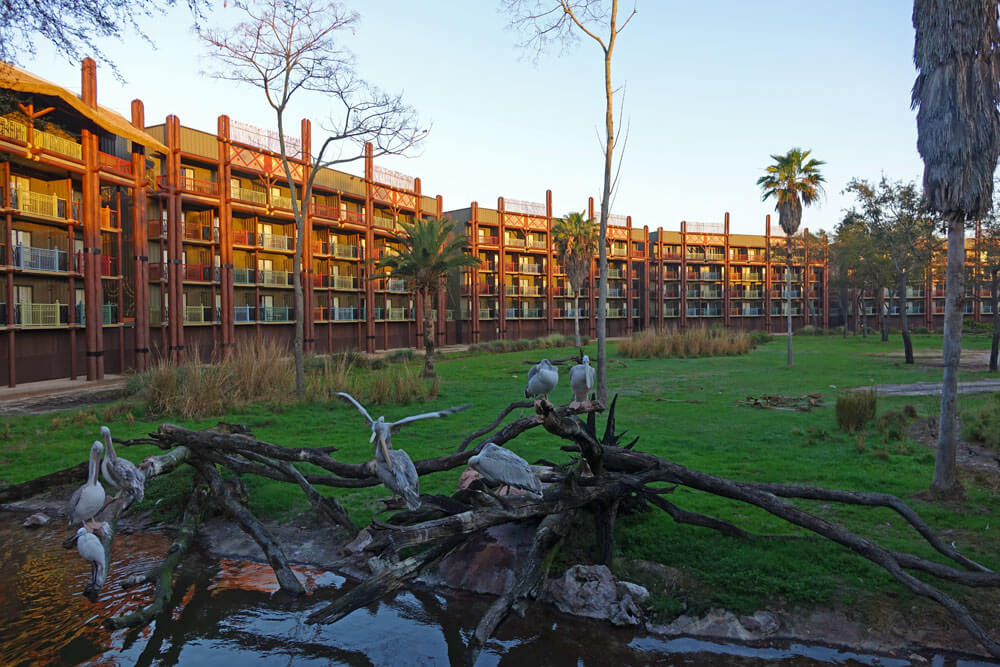 The lodge is set on four lush savannahs, home to some 30 species of wildlife, including zebras, giraffes, gazelles and flamingos. Yes, it's worth it to upgrade to a savannah room, where you can spot animals from your balcony any time of day. But if you can't afford the splurge, you can still visit the savannahs from the lobby, and there are numerous other viewing locations around the resort. 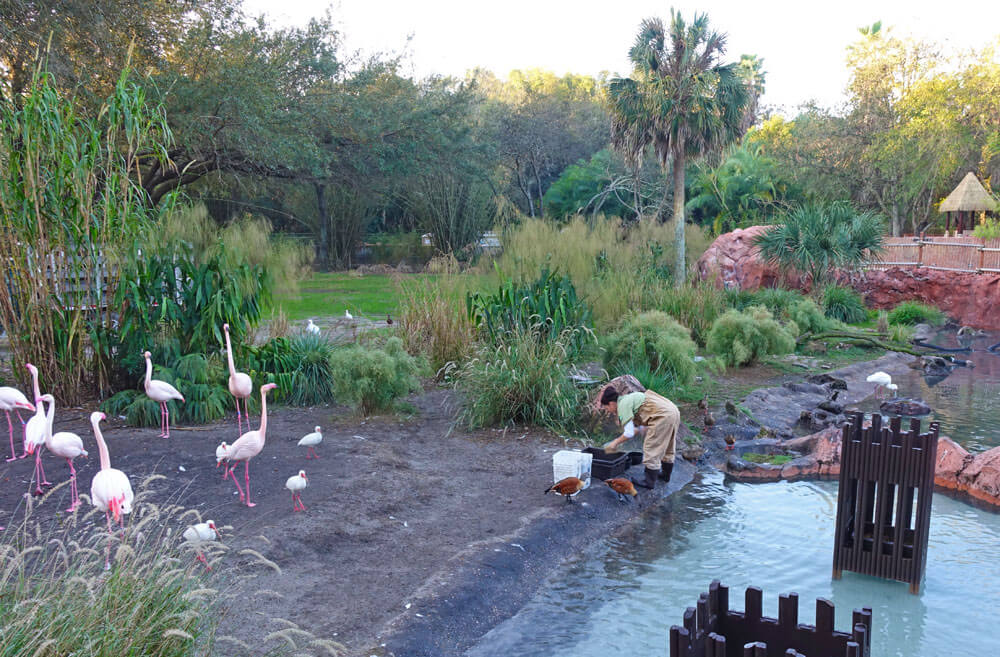 If you get up early enough, you can watch the flamingos being fed just behind Uzima Pool. 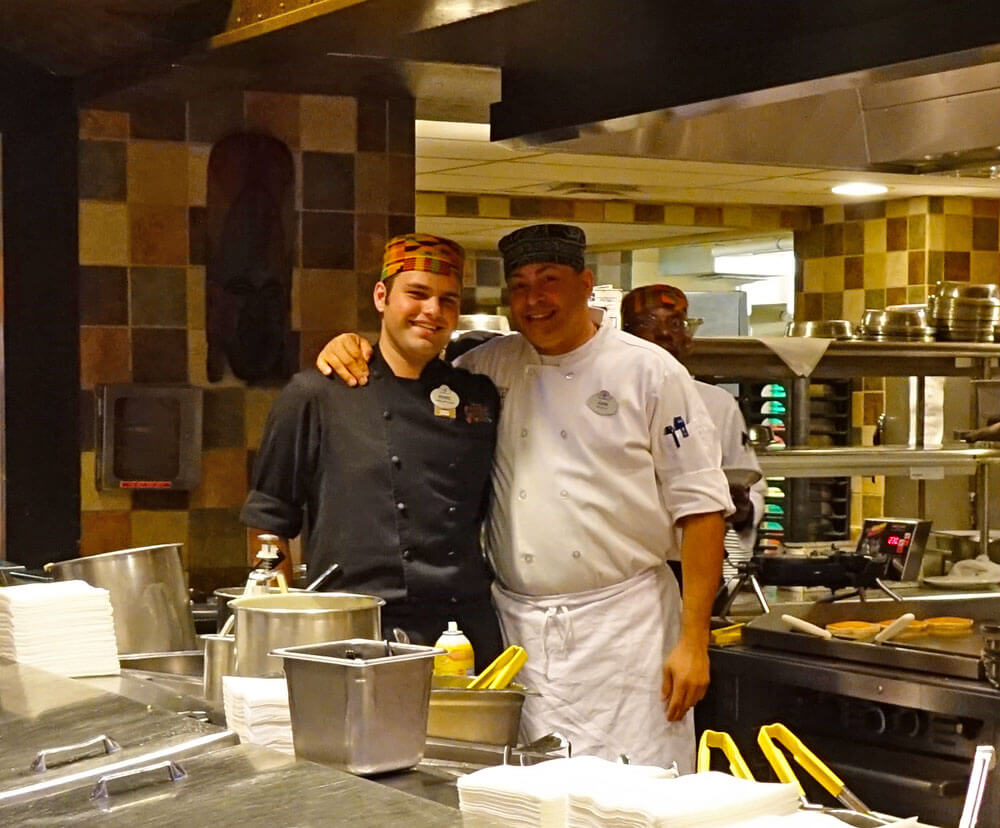 4. The most breath-taking lobby. 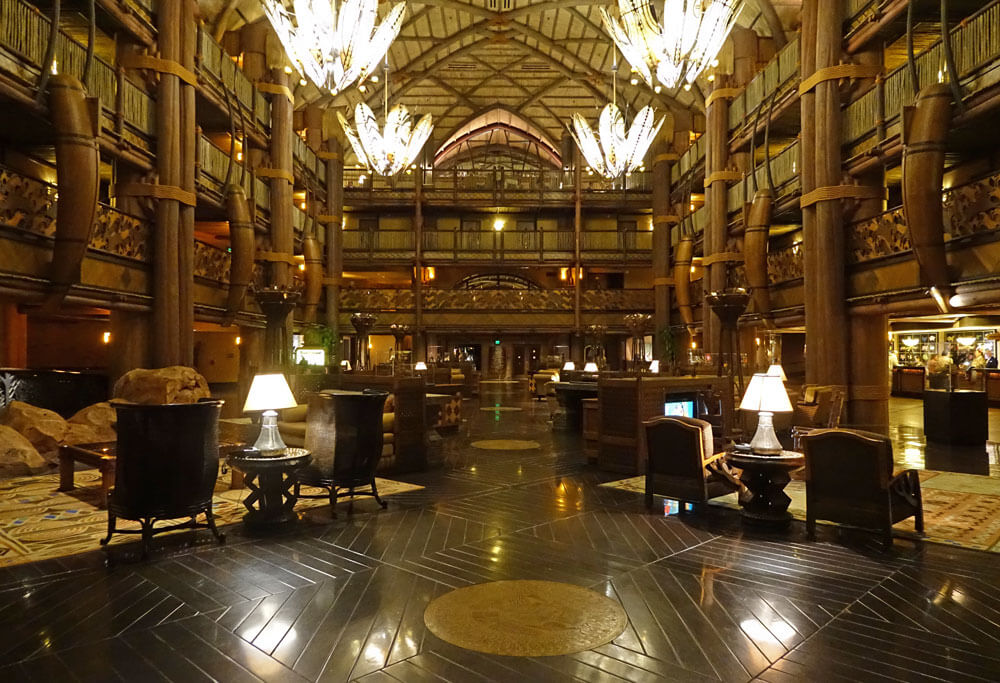 Pictures don't do it justice, the lobby at Disney's Animal Kingdom Lodge is spectacular. From the approach, you are led to believe you're heading into a series of thatched huts. But once you step inside, you realize that you have arrived into African splendor. As you step inside, you are surrounded by rich, dark-toned wood, African art and thatched roofs. 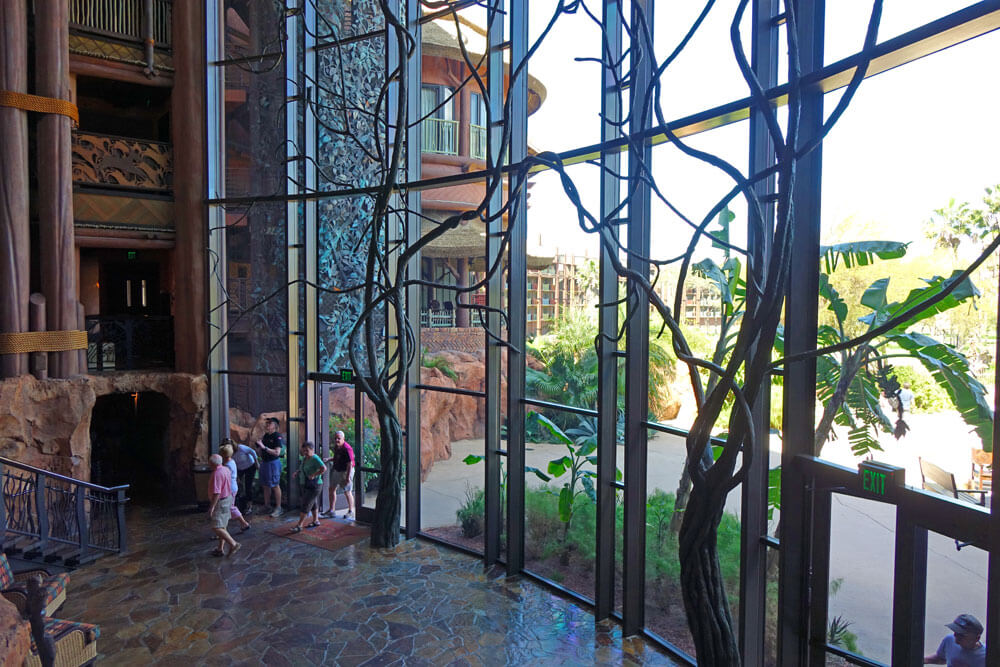 The lobby opens up to Arusha savannah, with several stories of windows allowing in light from the Florida sunshine. 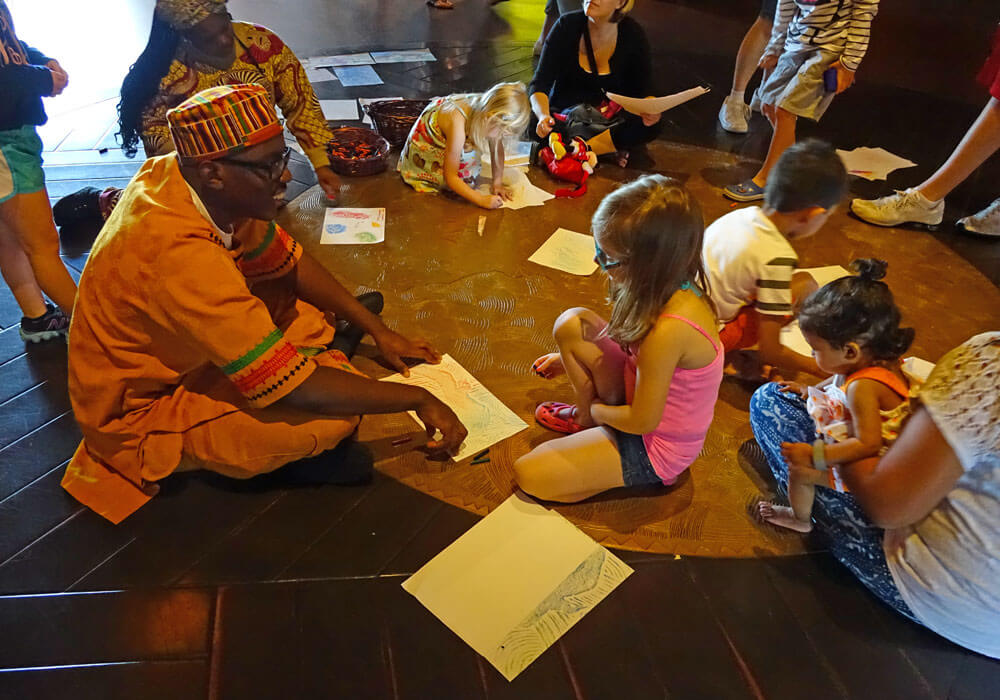 But before you think it's all splendor and frou-frou know that it's 100% kid-friendly. In fact, you will likely encounter a child or two creating etched masterpieces on the gold circle at the lobby's entrance. 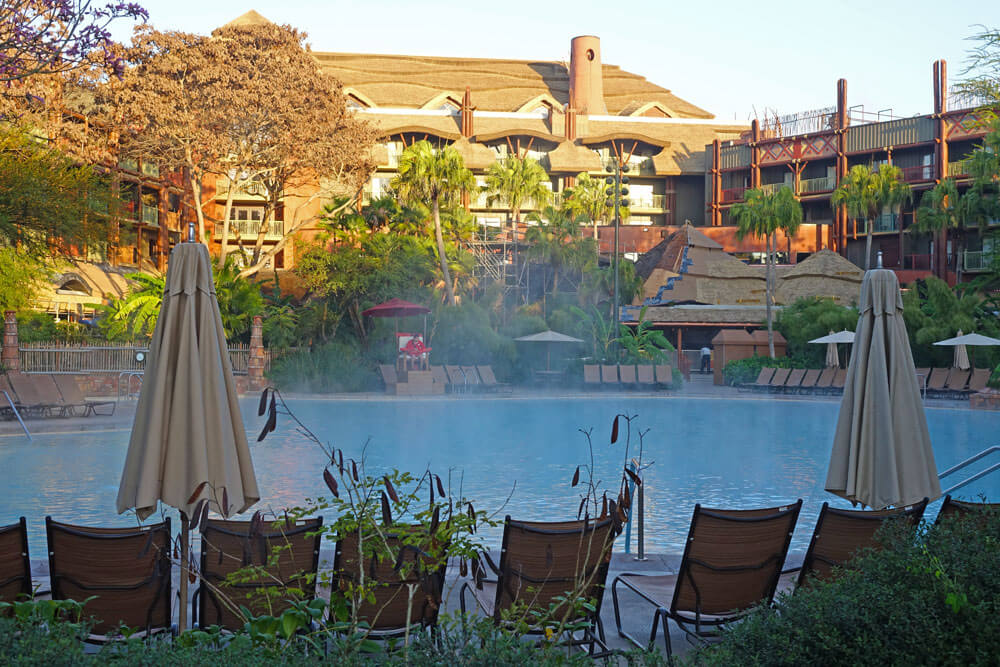 Yes, this is sort of a catchall, but all of the little things really do add up to one fantastic experience. Tad and Lily loved swimming in Uzima Pool. The zero-entry part was perfect for Lily, and Tad of course took more than a few turns down the 67-foot water slide. The pool itself is surrounded by trees and palms, and tucked amid the foliage were hot tubs where Leap and I soaked our aching feet after our days in the parks. 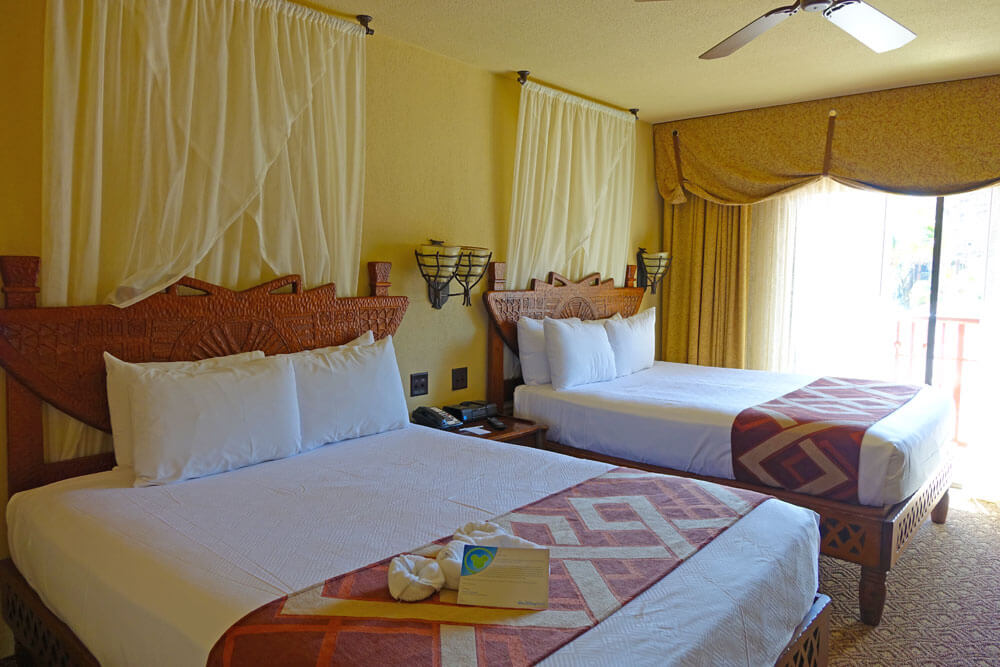 The rooms were absolutely perfect, light and airy with traditional African textures. And, of course, Mickey Mouse towel art!

Have you stayed at Disney's Animal Kingdom Lodge? What did you love about it? For guests who haven't stayed at the resort, what would you like to know about it? Share in comments below! For more information on a Disney deluxe resort, hop over to our Where to Stay in Orlando page inside the Orlando Planning Timeline!