We love February in the Orlando theme parks, and not just because it falls during the month of Valentine's Day. It's more because of the (mostly) medium crowd levels inside the theme parks. Those of you planning a vacation this month or looking ahead to February of next year will find some great special events and generally mild temps, making it a pleasant time to be in Orlando. For you love birds, we have a number of romantic suggestions in this post, including the most romantic restaurants at the Disney World Resort. 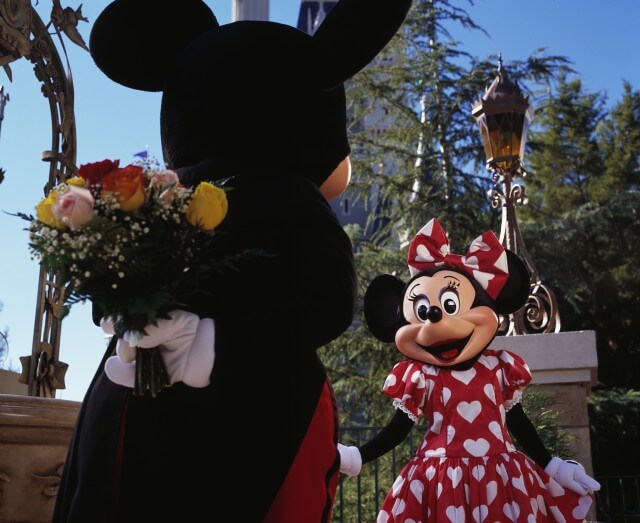 SeaWorld Orlando and Busch Gardens Tampa Bay's Bands, Brew & BBQ is back for another year. The events are held on Saturdays and Sundays through March 9. Universal's Mardi Gras celebrations, which includes the Mardi Gras parade, big-name performers and plenty of authentic New Orleans eats, begin Feb. 8. For the sports fans, the Walt Disney World Pro Soccer Classic and Atlanta Braves Spring Training at the ESPN Wide World of Sports offers the chance to see the pros up close. 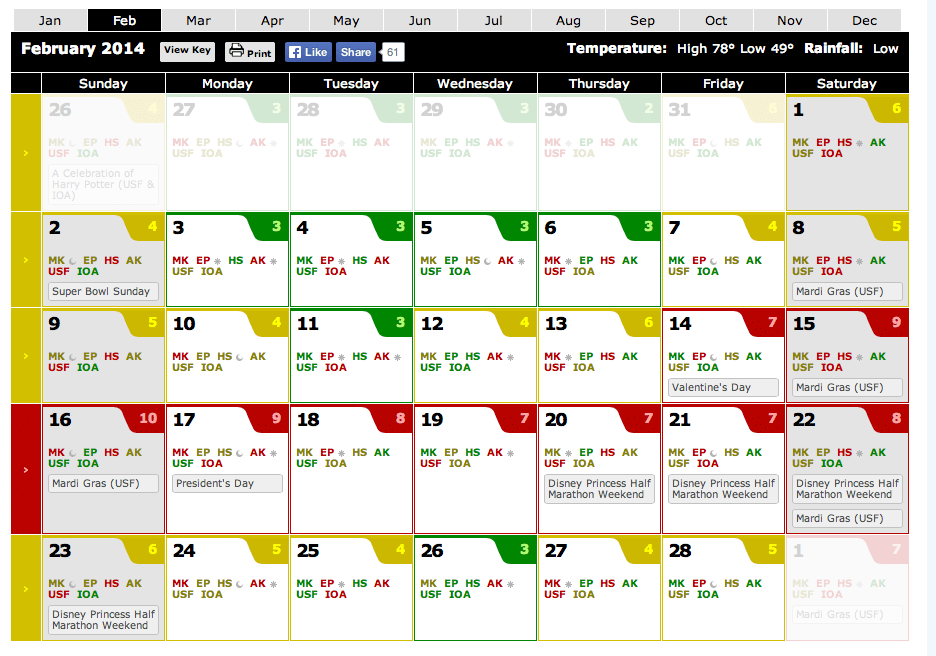 As far as crowd levels go, February sees mostly medium days with a handful of low crowd days. But the days leading up to and the week of President's Day sees high crowd levels. The Disney Princess Half Marathon Weekend falls at the end of this week, ensuring that the crowds remain high. If you're considering taking the kids out of school for next year's vacation, you want to avoid the week around the holiday if you can (here are a few questions to ask yourself before you do). 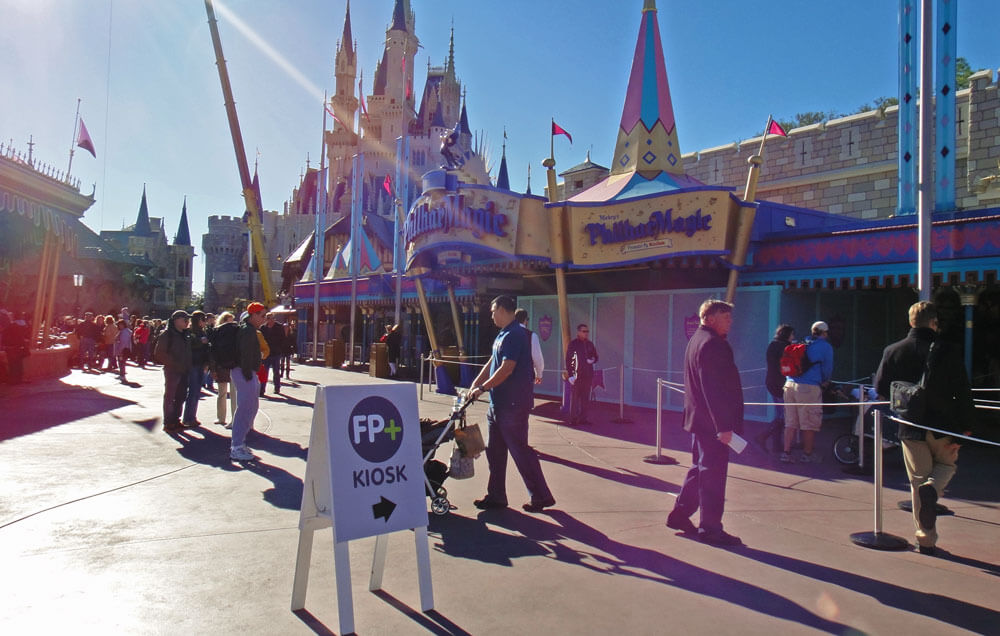 No matter when you're visiting, we  recommend reading our post on the SECRET to Avoiding Disney World CROWDS and downloading our wait-time apps before you head to the theme parks. You may have read that FastPass+ testing is now available to all park guests, not just those staying on site. We highly recommend making FastPass+ part of your touring plan strategy but not exclusively your touring plan strategy. We recommend touring earlier when crowds and lowest and booking FastPass+ times in the afternoons and evenings, when crowds are higher. By the way, we've got step-by-step instructions on how to use the in-park kiosks.

This month, Splash Mountain is closed for its annual refurbishment through March 21  at Magic Kingdom® Park. Over at Disney's Hollywood Studios®, Studio Backlot Tour is closed the entire month. For more details and a list of all refurbishments, check our closings page. 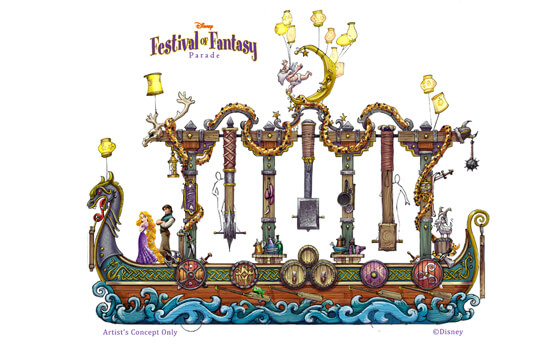 A new parade is set for Magic Kingdom® Park, although it remains to be seen whether it will actually debut in February. Disney's Festival of Fantasy will pay tribute to Fantasyland notables and will include floats from Pinocchio, Rapunzel, Peter Pan and more.

Want to know what else is new? Look no further than Tad’s exhaustive list of what opened in 2013 and what's coming in 2014.

Rainfall chances this month are low, and the average high is 78 while the low of 49. Disney's Blizzard Beach and LEGOLAND’s Water Park remain closed for the season. While the other water parks are open and the water is heated, they are subject to closure during cold snaps. The Disney resort pools and most Orlando hotel pools are heated! Here is the packing list for this time of year.

There are a ton of events happening in February. Here’s the rundown of what’s happening this month. Be sure to check out special events pages for Disney World, Universal Orlando and SeaWorld Orlando for full details. 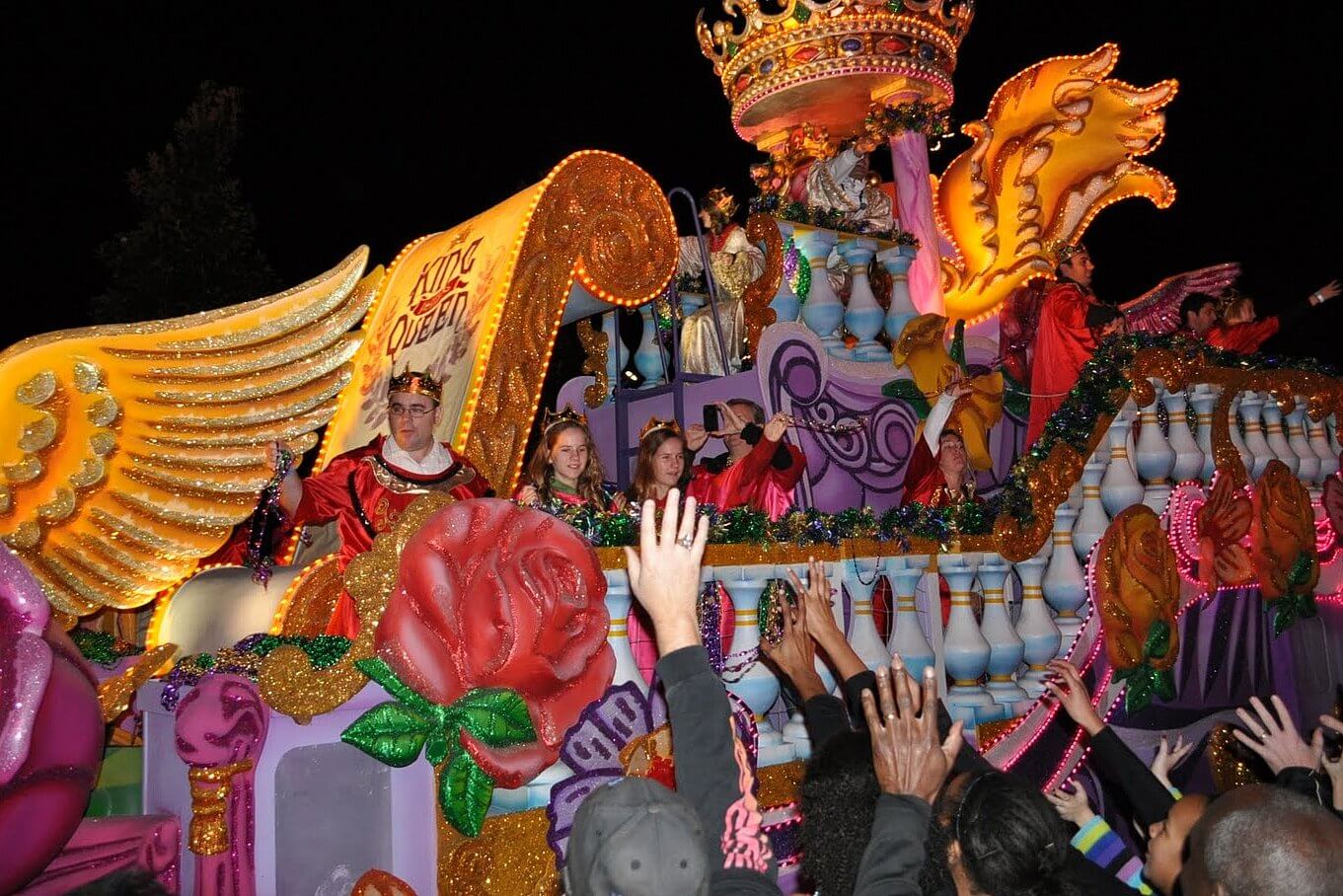 Will you be visiting in February? What questions do you have for us?