If you're planning your first trip to Walt Disney World (or maybe your first trip since FastPass+ launched), these Disney World FastPass+ tips and strategies are for you! FastPass+ can be a huge time-saver, and is an integral part of a Disney World vacation ... but it does require advance planning to do it right. Have no fear, frog fans! We've got you covered with these Disney World FastPass+ tips and park plan strategies to help you skip the lines and maximize your time (and who doesn't want more time at The Most Magical Place on Earth?). If you're looking for the basics, we recommend you start with our Guide to FastPass+, which includes frequently asked questions. And don't froget to download our printable guide to FastPass+! 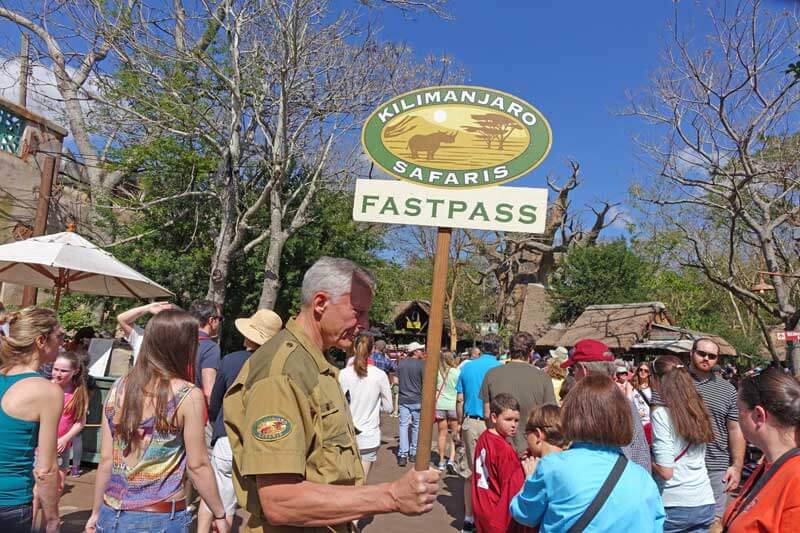 The most important thing to know about FastPass+ is that you should use it no matter how empty you think the parks will be when you visit, especially with new lands and attractions opening (such as Star Wars: Galaxy's Edge and Star Wars: Rise of the Resistance). Crowds will always be around in the parks, and FastPass+ is a frogtastic tool to help mitigate them. You will see the very lowest waits of the day in the first few hours after the park opens. We recommend riding the highest priority attractions with the lowest durations when crowds are lowest (which you can see on our park plans) and saving FastPass+ until late morning or early afternoon when crowds are at their peak. If you arrive before park opening, you'll be in prime position to ride most of the major attractions before lunch time and maybe have used one of your FastPasses. We'll discuss this more below, but once you've used your three pre-booked selections, you have the option to obtain more FastPass+ reservations from the in-park kiosks or the My Disney Experience app.

For families with younger children, it may make more sense to use all of your FastPass+ reservations in the late morning or early afternoon. This allows you to take a break in the afternoon and go back to the hotel for a nap or a swim. Then, you can hop back to the park recharged and ready for even more fun. You and the tadpoles can then enjoy a few more rides (using the My Disney Experience app or an in-park kiosk to book additional FastPass+ reservations) and watch the evening's fireworks show.

Use FastPass+ as part of your general park planning strategy along with our park plans and Orlando planning app. 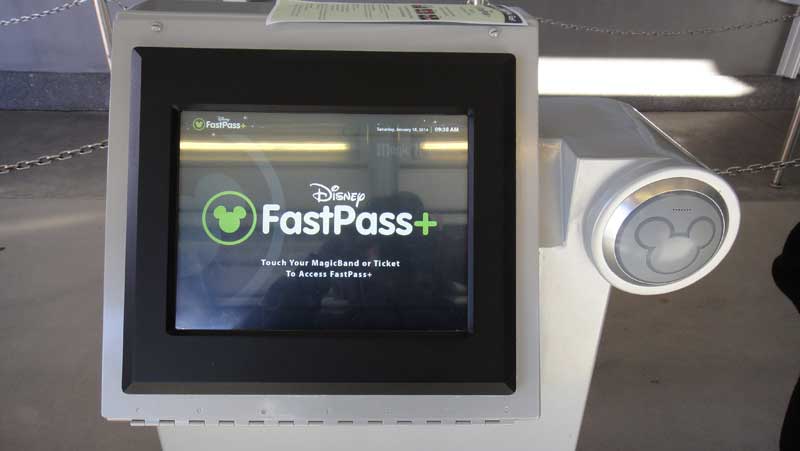 Make sure all of your party members are connected as friends and family, and your tickets are linked in My Disney Experience.

Before you make reservations, make sure all of the members of your party are linked as friends and family, and all of your tickets have been linked. While all adults can make or change reservations, we generally find it's easier if one person makes reservations for the whole group. 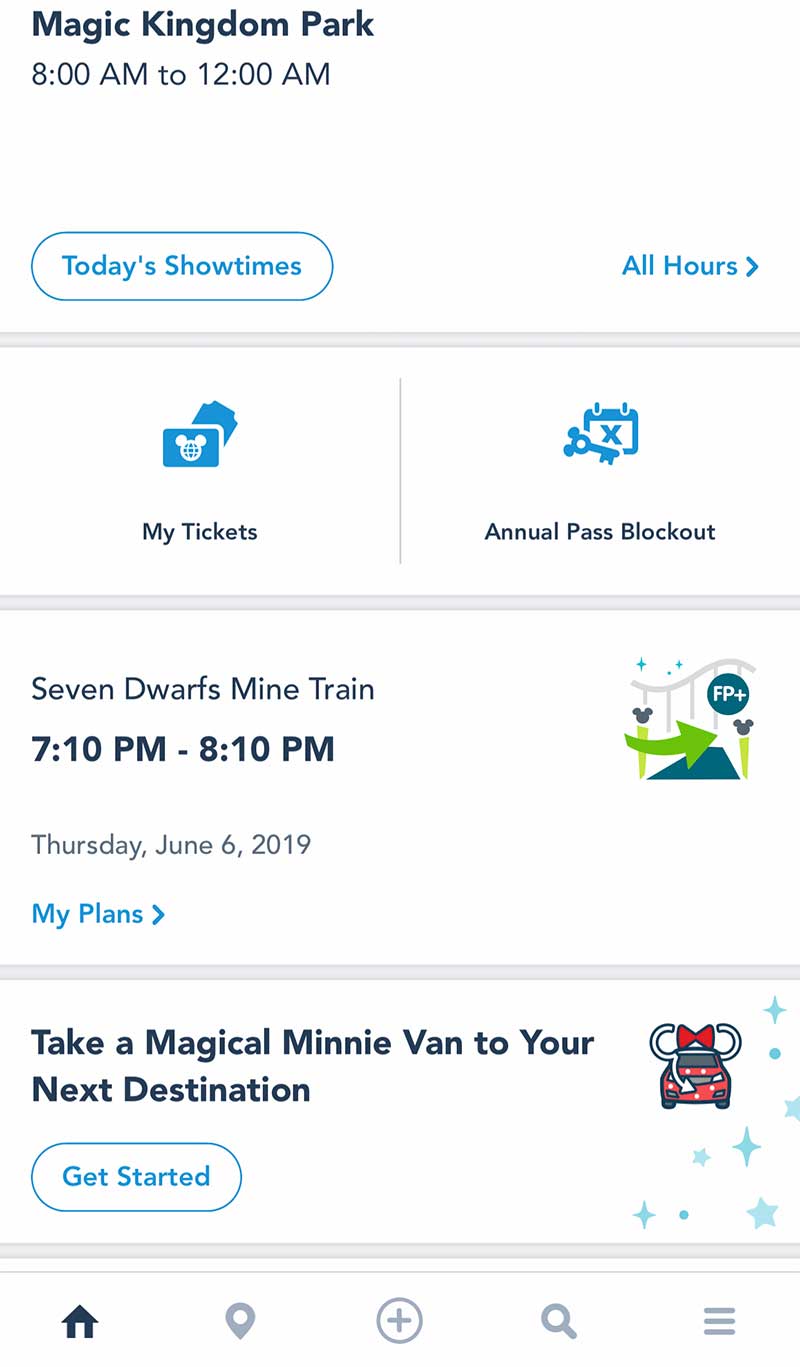 Resort guests have the ability to book up to 60 days in advance of their check-in date, while non-resort guests can book up to 30 days in advance. We recommend booking as soon as your window opens, so that you can secure a reservation for the most in-demand attractions. This means you will need to know which park you will be visiting on each day of your trip. On the day your booking window opens, you can start making FastPass+ reservations at 7 a.m. EST. Mommy Frog usually sets an alarm to try to snag FastPass+ for Seven Dwarfs Mine Train, Flight of Passage and Slinky Dog Dash. If these aren't your priority, you may be able to sleep in without worrying about missing out, but we still recommend making your reservations as soon as possible, as availability is limited.

Disney more than doubled the number of attractions that accept FastPass+ over the previous FastPass system. We're all in favor of more choices, but all attractions aren't created equally. You want to make sure you use your FastPass+ selections on your favorite rides and the most popular attractions with the longest wait times. To help you out, we made a list of priority attractions by park below.

Want to see the full list? Check out our Park Plans page. It also lists the suggested sequence of lands or areas to visit by park. Each of these is among the most popular attractions within the parks that see the highest wait times. In some of the parks, it's an easier decision because of the abundance of high-priority attractions. At Epcot and Disney’s Hollywood Studios, it’s a more difficult decision, which brings me to my next point.

If at first you don't succeed, try, try again.

If you see that there is no more availability at one of your priority rides, such as Slinky Dog Dash or Seven Dwarfs Mine Train, you should keep trying. Go ahead and book three choices, but periodically leading up to your visit, attempt to modify your reservations with the really in-demand attractions. It's worthwhile to check on the day of your reservation, as well, as cancellations do happen (which means those high-demand FastPasses get released and are up for grabs!).

We've bolded what we think are the best choices from the Tier 1 lists. While Star Wars: Galaxy's Edge is now open at Disney's Hollywood Studios, FastPass+ is not currently available for Millennium Falcon: Smugglers Run or Star Wars: Rise of the Resistance (opening Dec. 5, 2019).

We chose Frozen Ever After because it is by far the most in-demand FastPass+ at Epcot, so catch a reservation if you can! If we're heading into the park early for breakfast at Akershus and anticipate finishing up with the princesses before (or close to) park opening, we'll often skip a FastPass reservation and hop in line for Frozen Ever After with full tummies instead.

If "Let It Go" isn't your jam, Soarin' would be our next pick. We know that if we hit Epcot at park opening, we can ride Test Track with a short wait and experience the full pre-show. Tad loves to design his own concept car, and for first-timers, it's really part of the full Test Track experience. We usually continue to visit the other Future World attractions in the morning and then schedule Soarin’ for the late morning before heading to World Showcase.

Back in the old days, people lined up outside of Disney's Hollywood Studios before park opening and made the (very fast) walk to Pixar Place to grab a paper FastPass for Toy Story Midway Mania because it was so popular. Thanks to FastPass+ (and adding more ride capacity), you can now make this your Tier 1 selection and select a reasonable time to ride. (That's what we would do!) But we'd still recommend arriving at park opening and hopping over to ride Toy Story Midway Mania or Slinky Dog Dash (whichever one you don't have a FastPass+ for) first. If lines aren't too long (especially since many frogs will be making their way towards Galaxy's Edge), you might even be able to ride a second time! You can then hop over to Rock 'n' Roller Coaster and The Twilight Zone Tower of Terror. We recommend heading to Star Wars: Galaxy's Edge in the early evening for the lowest crowds (not to mention a gorgeous view of the spires at night!). 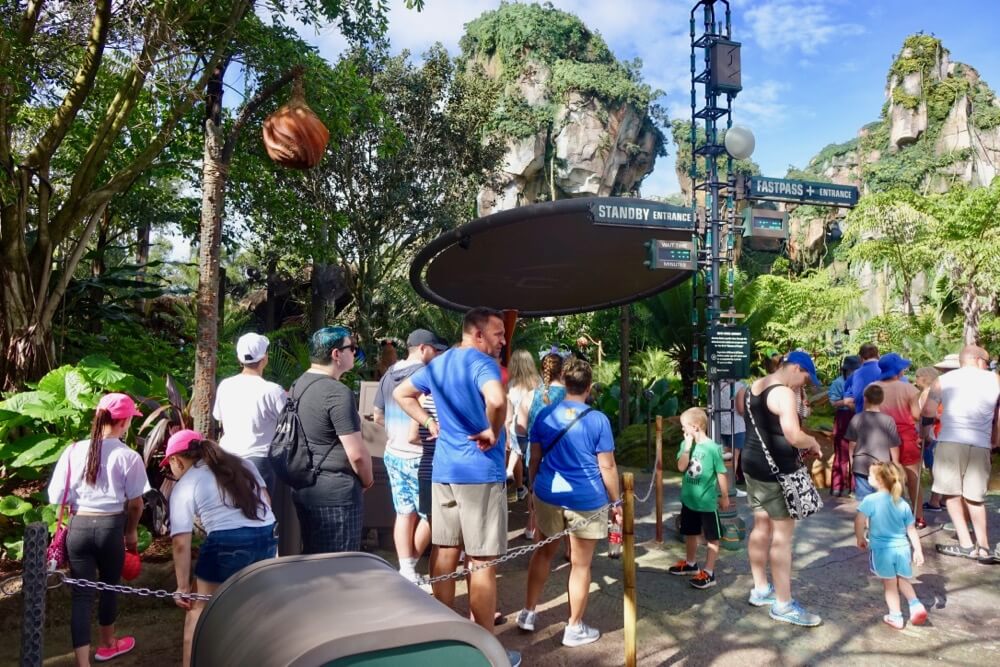 For this Frog Family, Flight of Passage is the favorite choice at Animal Kingdom. This incredible flight simulator ride can be tough to get a FastPass+ for, so if you're not able to, we recommend heading straight there at park opening. Flight of Passage is so popular, we've written an entire post about getting FastPass+ for it and Na'Vi River Journey. If you have a FastPass for a later time, or aren't an "Avatar" fan, rope drop is a prime time to head to Expedition Everest or Kilimanjaro Safaris for low waits.

Choose the rides that are important to YOU and YOUR FAMILY!

If you're traveling with young children who aren’t 40 inches tall, character experiences might be your priority, or some of the family-friendly Disney classics that don't necessarily have the highest wait times. Decide what works best for your family and plan accordingly.

You can only make advance FastPass+ reservations in one park per day in advance. So if you’re planning on starting the day in Disney’s Animal Kingdom and hopping over to Magic Kingdom in the afternoon, know that you can only make advance FastPass+ reservations at one park. We recommend you use FastPass+ at the second park you’re headed to since you're more than likely starting at the first one when crowd levels are at their lowest.

Make use of extra FastPass+ reservations after you have used your first three. 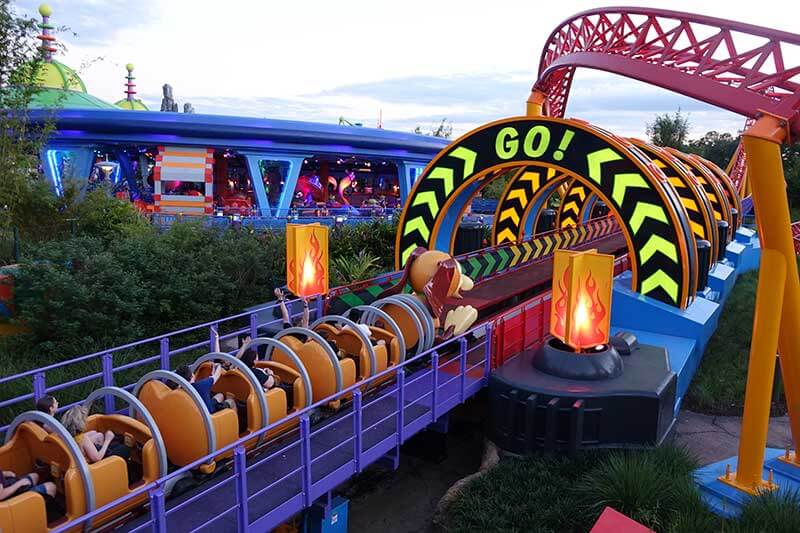 All park-goers have the option of obtaining additional FastPasses. Once you've used your first three (or the reservation windows have passed), you can visit an in-park kiosk or use your mobile device and make an additional reservation. After you use that reservation, you are free to make another. These additional selections don't have to be in the park that you made your first reservations in, which makes it good for park hoppers, and it doesn't matter if you've already made a FastPass+ reservation for that ride. Once you're into your additional FastPasses, the tier restrictions no longer apply (though keep in mind that these will be subject to availability). While this is still a good way to save time, you will want to make your first three reservations your highest priority attractions.

Use it. Don't lose it. Modify and make changes to your FastPass+ reservations.

Once you've made an additional FastPass+ reservation,  you can modify that reservation, including changing the time or replacing the attraction with something else. You can do this using the website, mobile app or at a kiosk. If you use the kiosk, note that your whole party doesn't have to be present to add or change the FP+ selection, but the person making the reservation needs to be connected to everyone as friends and family in My Disney Experience.

Use FastPass+ in combination with Rider Switch.

If you'll have a tadpole with you who isn't tall enough for all of the rides, you can use Rider Switch so that no one has to miss out. The benefit of this is that only your first party riders would need FastPass+. Let's say you're a party of four and three of you want to ride Seven Dwarfs Mine Train. Your youngest child can't or doesn't want to ride. You would all go to the FastPass+ entrance and tell the cast member you want to do Rider Switch. Your husband and older child would use their FastPass+ to ride while you waited with your youngest. You would get a Rider Switch pass, and you could wait for your husband and then ride along with your older child again while he waited. Or, you could come back with your pass later and ride. The Rider Switch pass is good for up to three people. 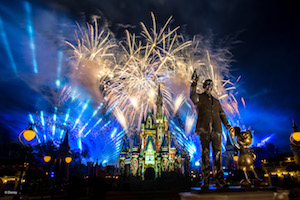 SAVE $4 vs Adult gate price

SAVE $54 vs Adult gate price

Leave a Comment
Sort:  Newest to Oldest Oldest to Newest
1–50 of 156 comments