The Ins and Outs of Disney World's Incredible Summer

This summer, the Walt Disney World Resort has some incredible fun headed its way. With tons of new experiences coming soon at each of the four parks, Disney is packing it all into one Incredible Summer, kicking off May 25. New character experiences and late-night fun are just the start of this summer-to-remember. 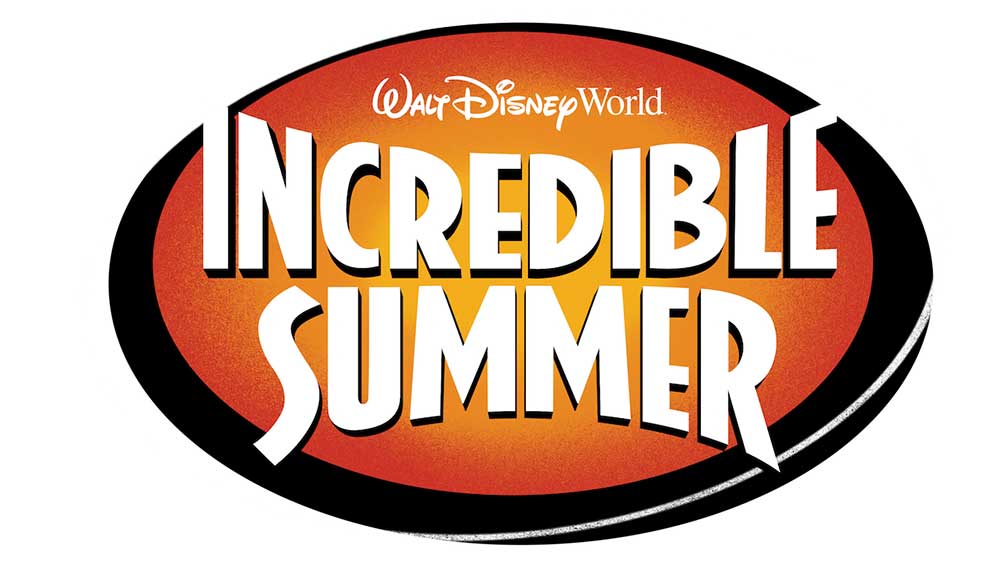 To celebrate the June 15 release date of "The Incredibles 2," Disney World's Incredible Summer highlights some of our favorite Disney heroes with tons of fun for your whole super-family. We're here to let you know the ins, outs, downs and up-up-and-aways of the Incredible Summer so you don't miss out on any of the excitement. Here is what to expect at each park during this Incredible Summer!

Andy's coming! Hide away with your favorite toys when Toy Story Land opens at Disney's Hollywood Studios on June 30. It's been over a year since Disney World introduced Pandora at Disney's Animal Kingdom, so we're more than ready to venture through another new land! 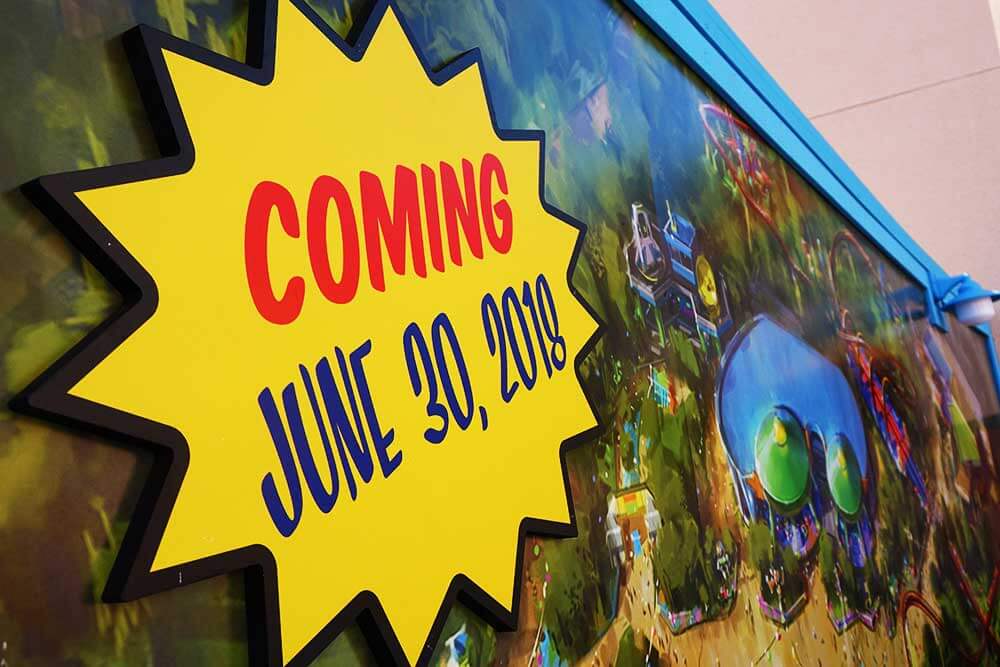 The 11-acre land will rise up around Toy Story Mania, offering a Buzz-sized perspective on Andy's backyard. Toy Story Land will welcome two new attractions: family coaster Slinky Dog Dash and Alien Swirling Saucers. Look for oversized building blocks and game board pieces surrounding Woody's Lunch Box, a new quick-service spot sure to win you over with its gourmet sandwiches and specialty beverages.

Check out our Giddy-Up Guide to Toy Story Land for all of the details we know so far on what to expect  — and keep an eye out for updates following our first Frog Family visit! 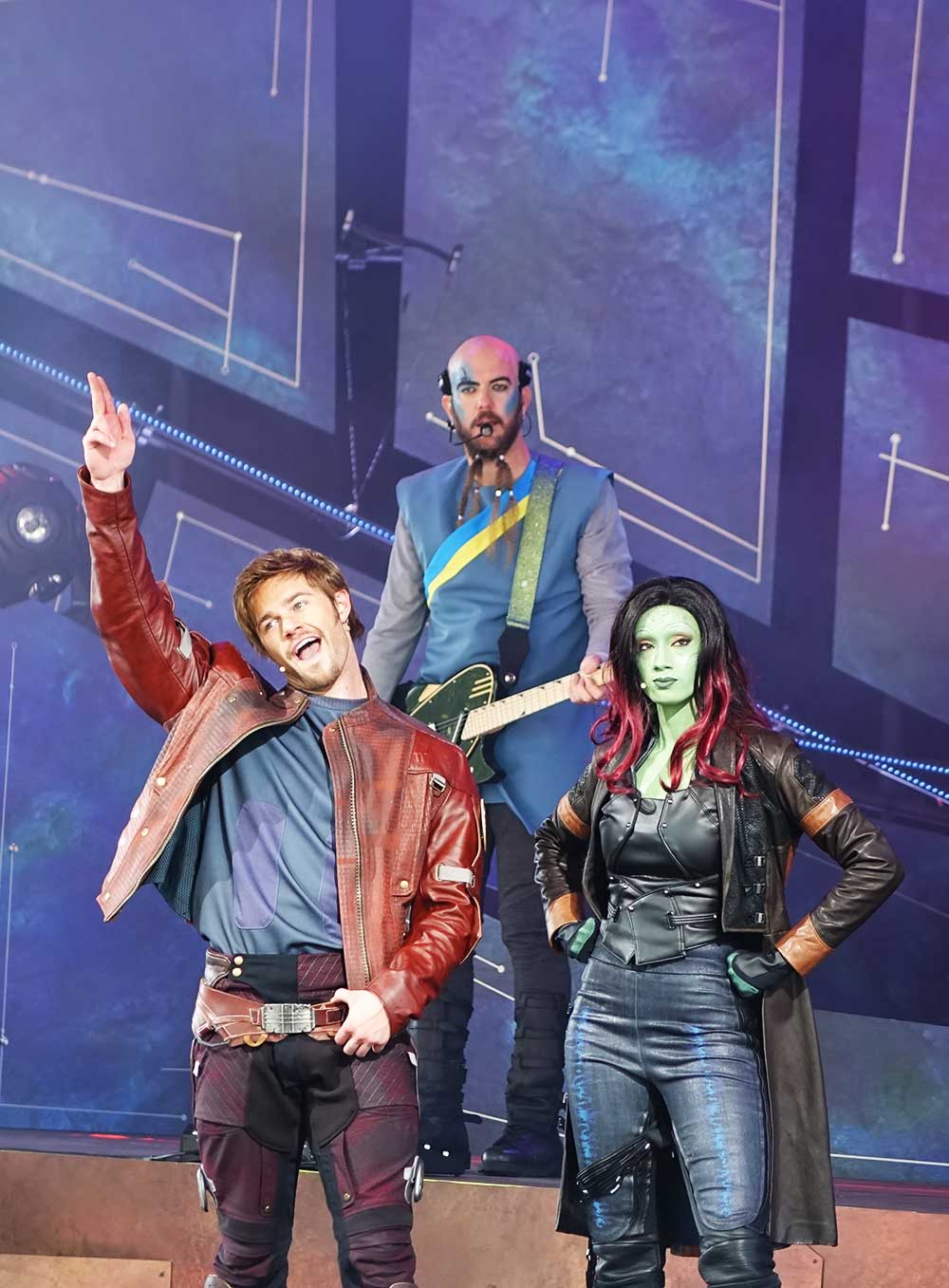 Guardians of the Galaxy — Awesome Mix Live! started rocking American Gardens Theatre on June 9. Star-Lord and Gamora perform alongside an alien band to the hits of Awesome Mixtapes 1 and 2 for five showings daily. This is the perfect superhero fun to energize your tadpoles as you sip and stroll through World Showcase. The America pavilion is exactly half-way around the loop, so use sitting down at this show as your break!

We checked it out on opening day and were blown away by the high energy and cute narrative of the show. Star-Lord felt like he was straight out of the movie, and the alien band is instantly lovable. Combined with the classic tunes that you can't help but sing along to, this was a real crowd pleaser for the whole Frog Fam. We found ourselves laughing and dancing along the whole time. This show is worth checking out even if you aren't a Guardians of the Galaxy super-fan.

Two classics we can't help but love — Donald Duck and Dinoland, U.S.A. — are joining forces for a prehistoric party for the ages beginning May 25. Donald's Dino-Bash! at Animal Kingdom is celebrating the discovery that Donald's ancestors were actually dinosaurs ... alongside his pals Daisy, Goofy, Pluto, Chip and Dale. Old friends Scrooge McDuck and Launchpad McQuack are set to join the festivities as well.

Colorful new décor and dino-inspired character fashion are the center of this new character experience. It's quite similar to the Tomorrowland dance parties or Frontierland hoedowns — music and mingling with characters! Even better, there are formal meet-and-greets with special characters (in their Dino-finest) during the day. Rumor has it, Donald's Dino-Bash! will be a permanent fixture at Animal Kingdom. 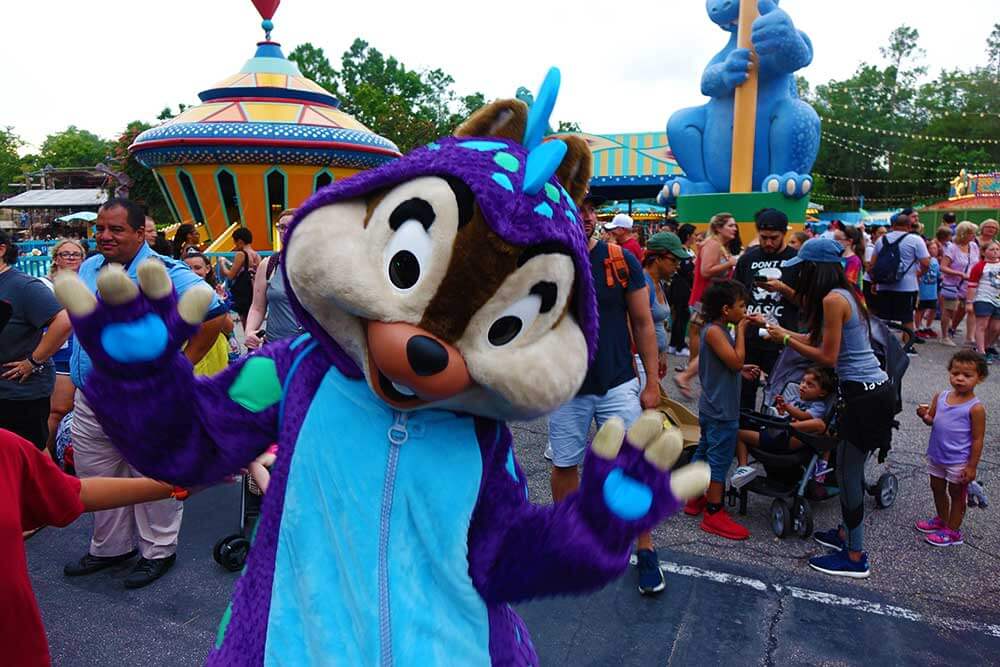 We experienced the Dino-Bash on its first night and fell in love with the dance party with Chip and Dale dressed as dinosaurs. They are so much fun, and the energy was hoppin'! We toad-ally recommend visiting, especially with kids. It's an easy, fun way to get some awesome character interaction and photos. We can't wait to head back during the day to visit all of the characters at their customized meet-and-greet locations. 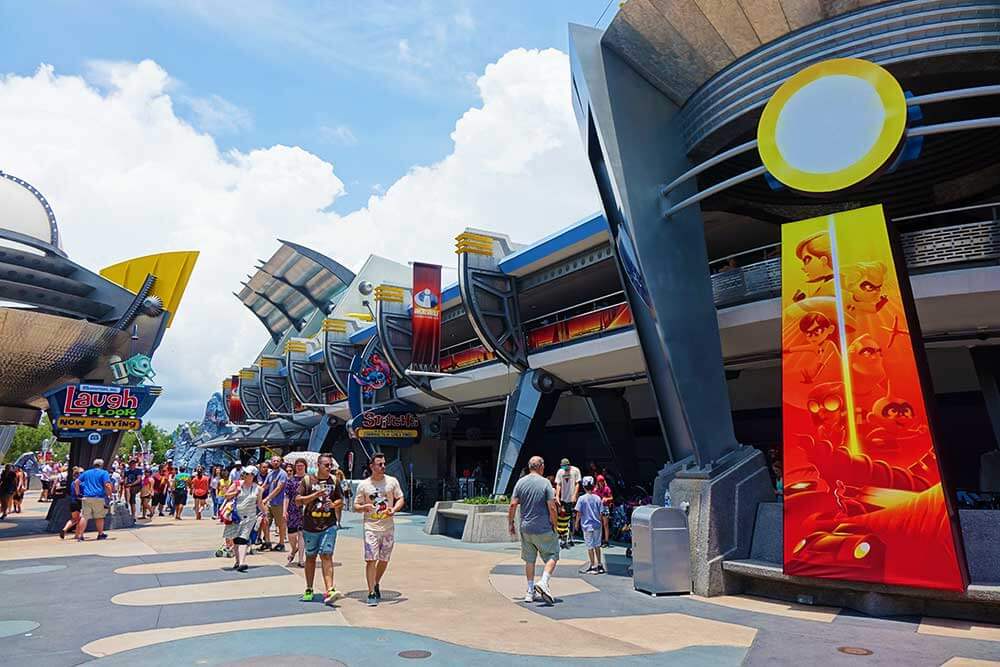 There are a few fun photo-ops with backdrops of Incredibles film scenes, as well as special eats and treats at Tomorrowland Terrace, The Launching Pad, Cool Ship and Auntie Gravity's. Our favorite so far is Edna Mode’s “No Capes, Just Crêpes” Crêpe Sundae. We enjoyed this while strolling around Merchant of Venus to check out the SUPER cool Disney•Pixar swag and art.

You'll find Incredibles decor throughout all of Tomorrowland and the film's soundtrack playing. It brings an extra futuristic feel to the area that we just LOVE. (And we are HERE for any excuse for special treats and merch!)

In celebration of a Pixar fave, H2O Glow Nights will host Woody, Buzz, Jessie and Partysaurus Rex (of course!) for a party on the beach complete with dancing, party games, character meet-and-greets and access to all of the attractions after hours. The fun takes place from 8 p.m.-11 p.m. on select nights between June 21 and Aug. 11. 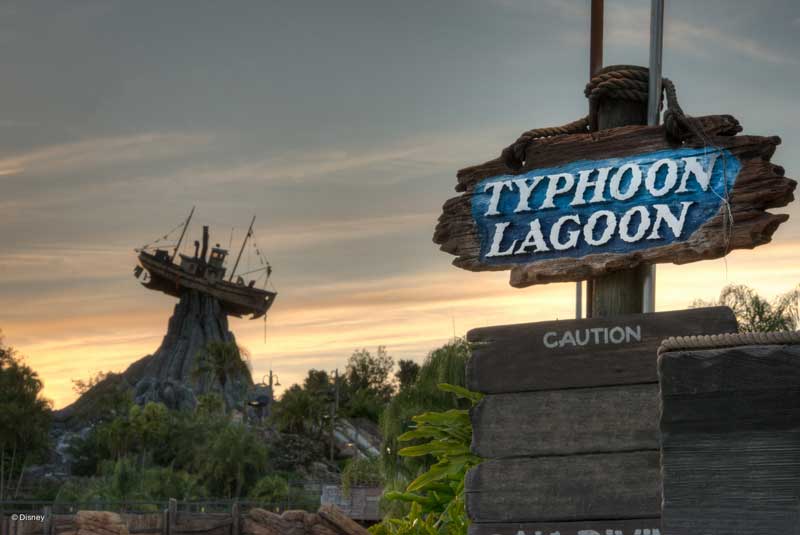 Fun Toy Story-themed activities will hit the coast of Typhoon Lagoon, as well as meet-and-greets with Woody, Jessie and Buzz. Tweens like Tad can find themselves grooving at the DJ-hosted dance party on the beach, while adult partygoers will find themselves at The Wharf — a grown-ups only spot featuring entertainment and a bar with refreshing libations available for purchase. Grab yourself some event-exclusive grub as well, such as Hamm’s Pork Belly Cubano Sandwich or Rex’s BBQ Sampler.

Sound like a splashin' time for your frog squad? Grab your H2O Glow Nights tickets before they sell out!

We can't believe all that's hoppin' our way this summer at Walt Disney World Resort. There will be something new for us to check out at every park! I think I'm most excited for Donald's Dino-Bash! ... how about you? Tell us in the comments!