All the Glimmering Details of Disney H2O Glow Nights 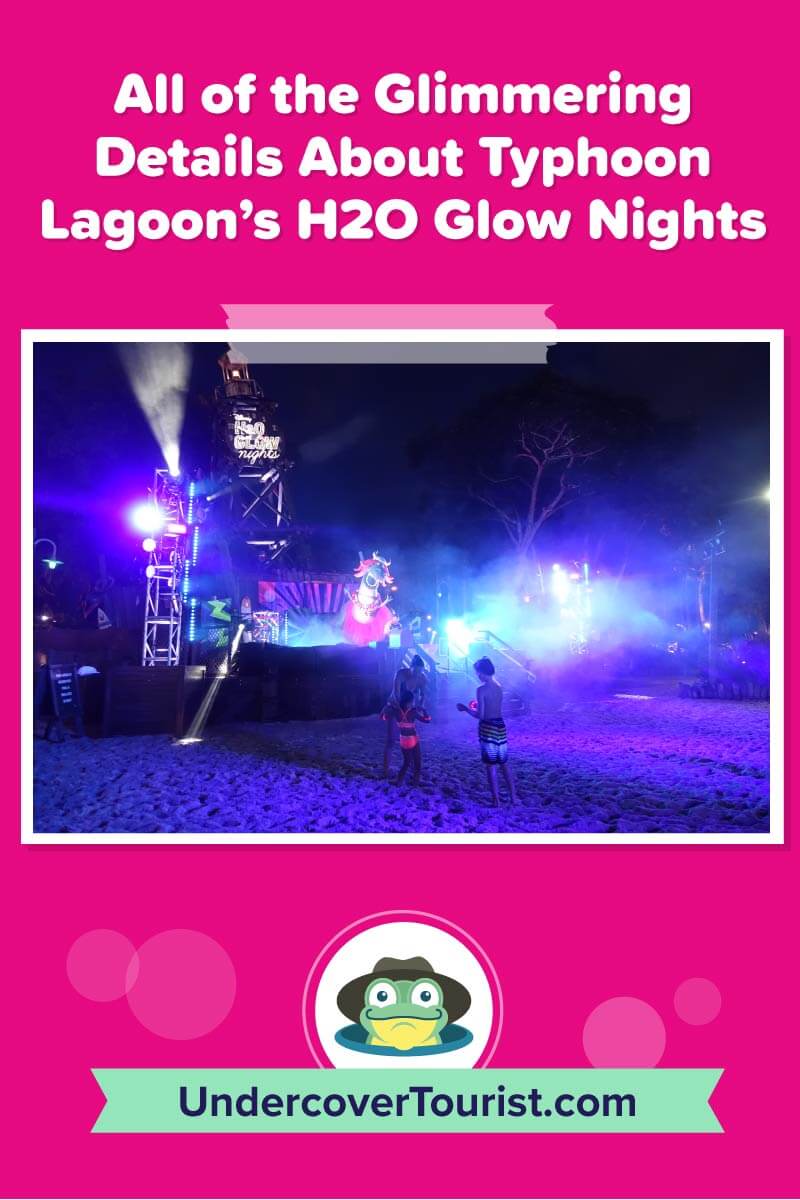 Toy Story pals sure know how to throw a beach party! After its flashy, splashy debut in 2018, Disney H2O Glow Nights will be returning to Disney’s Typhoon Lagoon Water Park for its third year. In 2020, the water park is hosting more H2O Glow Night parties from May 27 to Aug. 29 on Wednesday and Saturday nights. (Upon Disney World's reopening, the remaining Disney H2O Glow Nights events will be canceled.) This separately ticketed, tadpole-friendly evening event is a splashing good way to cool off and keep the vacation party going after a day in the parks! Thinking about getting your glow on? We’re here to share the full scoop on this Pixar-themed water park par-tay hosted by Partysaurus Rex, the “Dinosaur of Ceremonies!”

Rex and his "Toy Story" pals are once again promising epic summer nights at Typhoon Lagoon. Special effects lighting will transform the park into a colorful nighttime paradise. Buzz Lightyear, Woody and Jessie will all be there for some character meet and greets in case you don't catch them at Toy Story Land. You'll also be able to get your groove on at a DJ-hosted dance party on the sandy beaches of the Surf Pool and enjoy some specially-crafted eats and drinks. And don't tell the tadpoles, but you momma and poppa frogs will have your own special party area called The Wharf, where you can enjoy entertainment and adult libations (for an extra charge).

But perhaps the best part of Disney H2O Glow Nights is that this is your chance to enjoy much shorter waits for Typhoon Lagoon's most popular waterslides, including Crush 'n' Gusher, Humunga Kowabunga and Miss Adventure Falls. 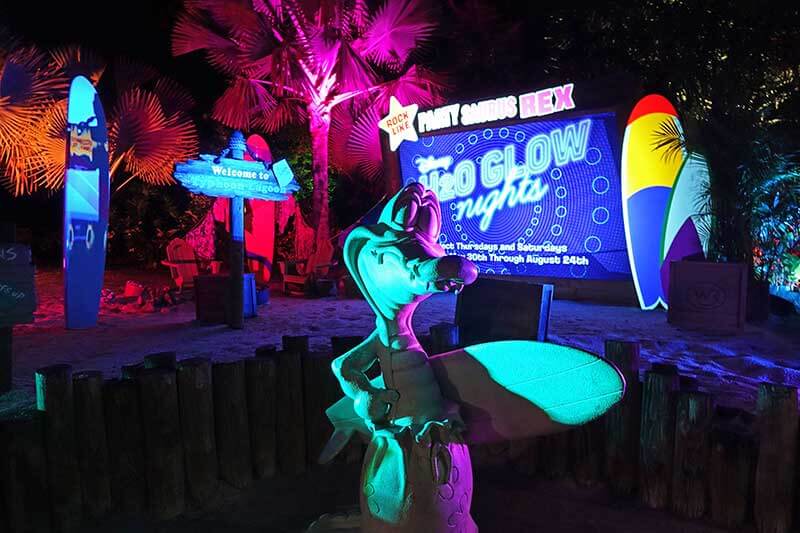 Disney H2O Glow Nights are held every Wednesday and Saturday night from May 27 to Aug. 29, 2020 (with the exceptions of June 13 and July 1). A limited number of tickets will be sold for these events. While the party officially runs from 8 p.m. to 11 p.m., guests with event tickets can start arriving at 6 p.m. for even more water park party time. Upon entering, you will be given a wristband for the evening. Oh, and don't worry! Parking is free.

On party nights, the park is open for regular guests until 8 p.m., at which point they are filtered out from those with wristbands attending the evening's event. If you have already spent the day at Typhoon Lagoon and are sticking around for the extra hours, you can find cast members handing out wristbands near the entrance ... just be sure to have your ticket and ID with you! 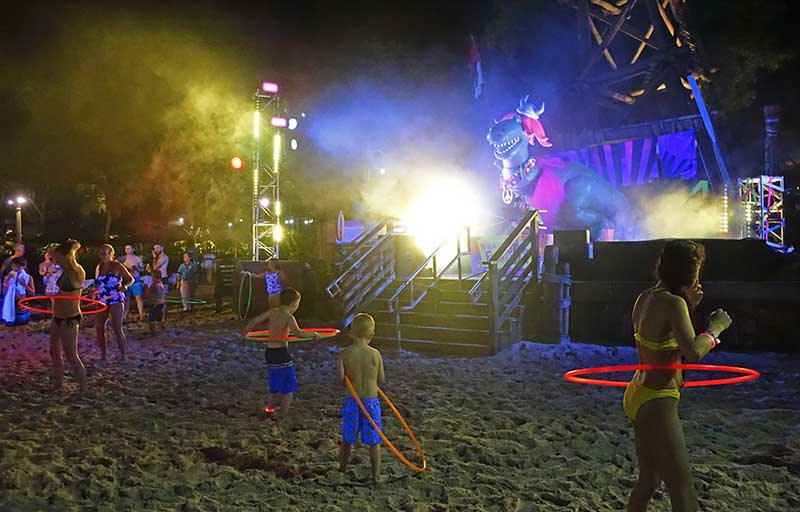 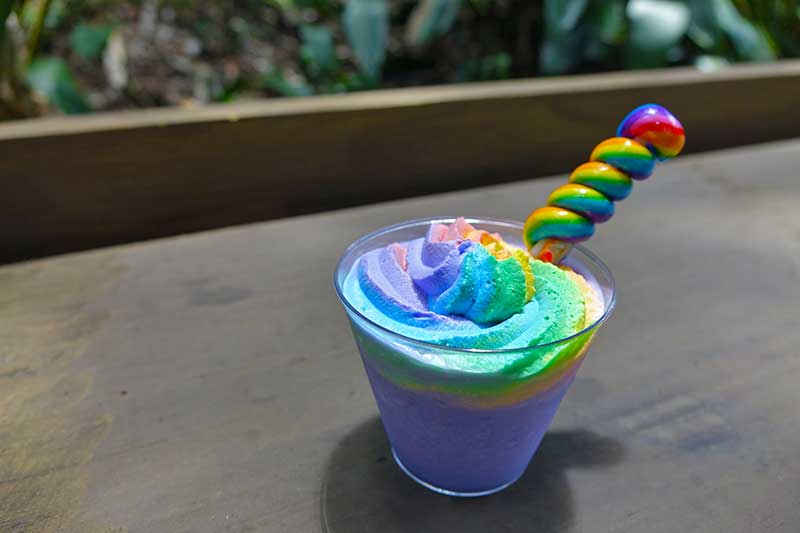 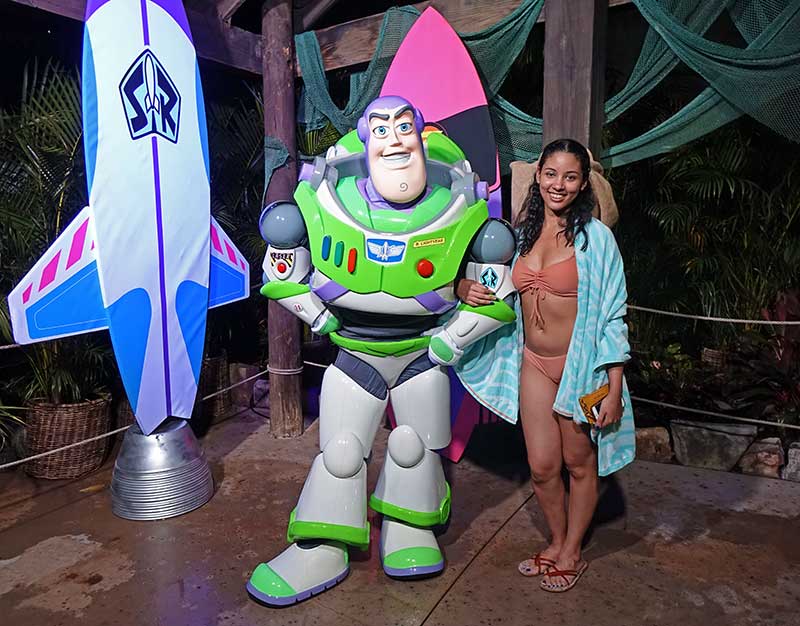 Many of you momma and poppa frogs visiting Walt Disney World this summer are probably wondering if Disney H2O Glow Nights is worth the price of admission. By and large, we think the answer is yes! Glow Nights are a great way to have fun with fewer crowds, especially if you don't mind the tadpoles staying up a little later. It's a great add-on for those of you making first-time visits who may not be planning on hitting the water parks otherwise.

Switch it up and skip the hot, sunny day at Typhoon Lagoon. Visiting after dark creates a fun atmosphere, plus the wait times are short and sweet.

While we frogs enjoy nothing more than to bask in the sun, it's awesome to have the option of visiting when the sun goes down, and the lines are short for an absolutely action-packed night. Being able to tackle every attraction in Typhoon Lagoon in a matter of hours makes this event worth it alone! However, our favorite parts were certainly the extras, including meeting our Toy Story faves under the stars with less than a 10-minute wait!

Unlike other Disney World events such as Mickey's Not-So-Scary Halloween or Very Merry Christmas Parties, there is plenty of party time to experience all of the exclusives offered. No need to choose between hitting the dance party or meeting your toy pals. Low stress and maximum Disney fun? Count us in! Between the glowing atmosphere, VIP feel and all of the fun you can accomplish during party time, H2O Glow Nights is a winner in our books.

Even if you are already planning on the Park Hopper with Plus Option (which allows you to hit up the water parks for the same number of days as the ticket), you might still want to hop on Disney H2O Glow Nights for an extra special party night at the water park! 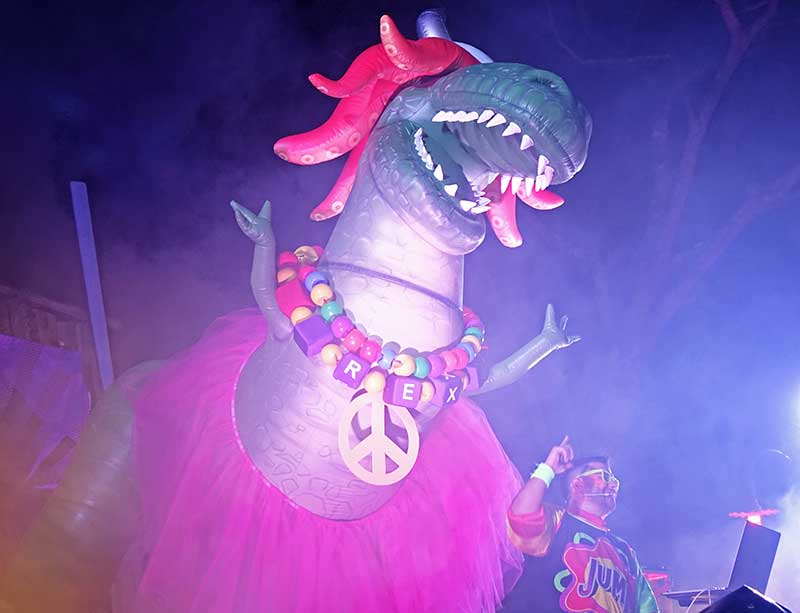 We frogs are ready to get our glow on and plan to be there for the first party of the summer! Get your Disney H2O Glow Nights tickets and view all of our discount Disney World tickets to maximize your savings alongside the fun! Have questions about Disney H2O Glow Nights at Typhoon Lagoon? Share them in comments below!