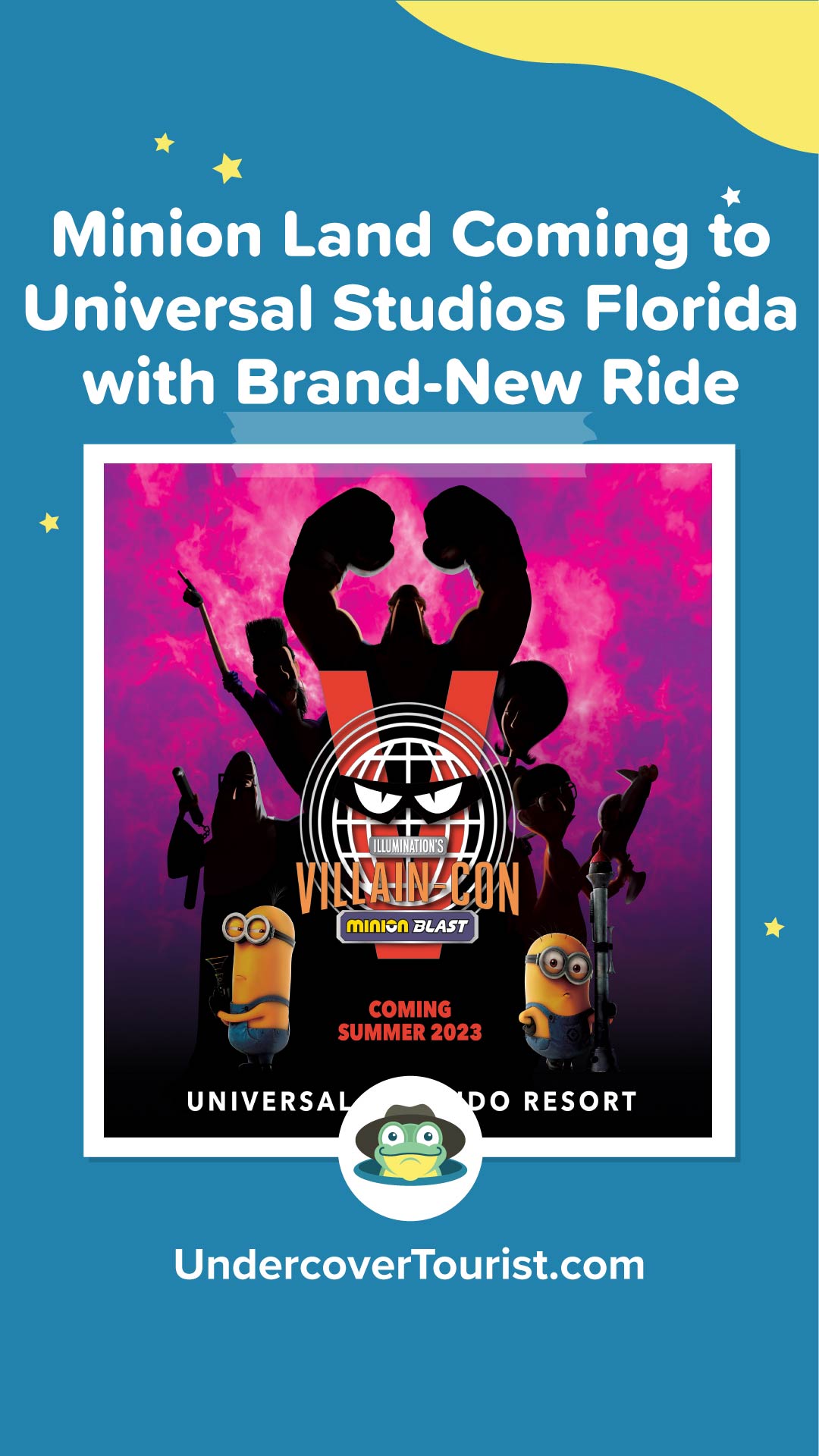 Bello, froggy friends! Lily was so hoppy to wake up to some incredible news from the team at Universal Orlando Resort. Starting in summer 2023, frogs will be able to enter Villain-Con — the biggest gathering of criminals anywhere. That's right! A brand-new attraction is coming next year to Universal Studios Florida! But ... that's not all. More marvelous Minion mayhem is on its way to the area formerly known as Production Central. Anxious to know more? Well, strap on your goggles and overalls and keep reading because we have all the despicable details!

What We Know About Minion Land at Universal Studios Florida

Say goodbye to Production Central! As soon as you enter Universal Studios, you'll step foot on Illumination Ave and enter the all-new Minion Land. What will you find there? Be sure to bookmark this blog because we'll be updating it as more information is announced, but here's everything we know so far!

What Rides Will Be in Minion Land?

Joining the beloved Despicable Me: Minion Mayhem will be Illumination's Villain-Con Minion Blast. This first-of-its-kind diabolical family attraction will allow frogs to put their sinister skills to the test and take part in an epic competition. Fuel up on those bananas and see if you have what it takes to join the hallowed ranks of The Vicious 6, the most infamous group of supervillains in the world. Grab your blaster and step onto a motion-based pathway where you'll wind and glide through various villainous scenes and earn points by blasting a variety of items. The goal? Cause as much mayhem and destruction as possible. Combining innovative screen technology, state-of-the-art gaming interactivity and elaborate physical sets, this game-based adventure will bring you face-to-face with nefarious villains and tons of mischievous Minions in a whole new way.

Frogs will be able to enter the biggest criminal convention on the planet in summer 2023!

Where Will Illumination's Villain-Con Minion Blast Be Located?

Villain-Con is taking residence in the soundstage formerly occupied by Shrek 4-D, right across the street from Gru's house! 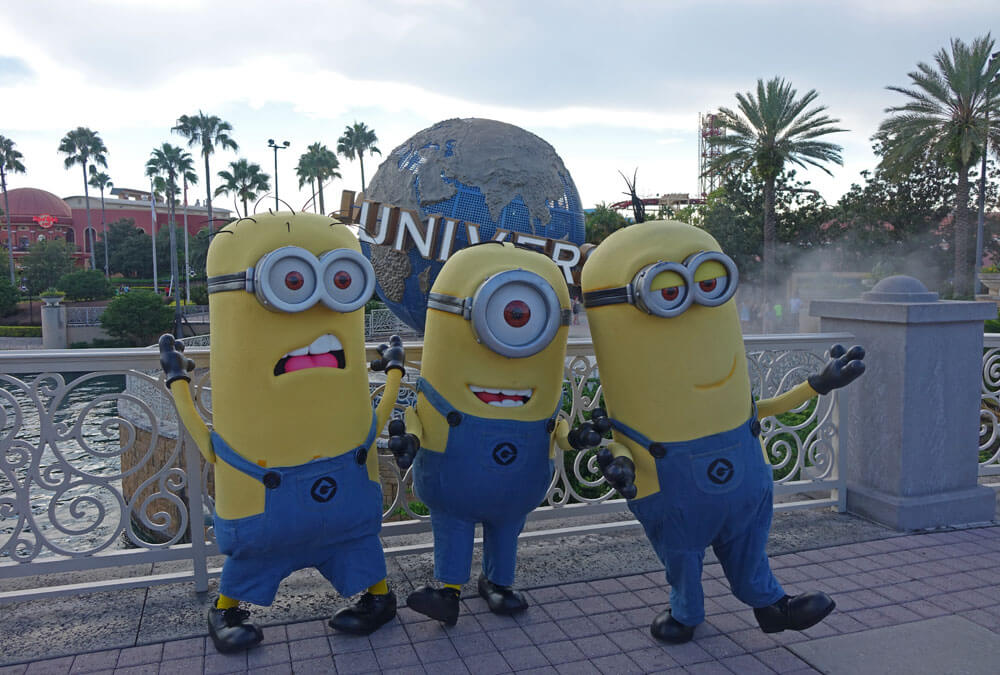 What Restaurants Will Be in Minion Land?

Dine like a supervillain at the brand-new Minion Café. While we currently don't have any details about this food joint, we do know that we love the Minion Café over at Universal Studios Hollywood with its creative grilled cheese options, savory chicken dishes and delectable desserts such as Nutella Banana Pudding. This quick-service location even made it on my list of the yummiest places to eat at Universal Studios Hollywood!

Where Will Minion Café Be Located?

The Minions have taken ownership of the location formerly occupied by Universal Studios' Classic Monsters Cafe, across from the Music Plaza Stage.

What Else Is Coming to Minion Land?

Universal Orlando announced that other more details about fun surprises inspired by popular characters from Illumination's blockbuster franchises will be revealed in the months ahead. We're anxiously awaiting those announcements! 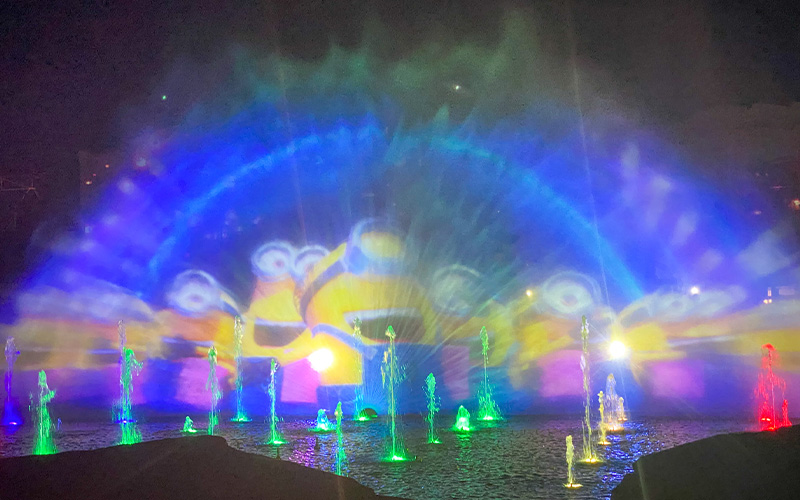 Where Can You See the Minions Currently?

Our favorite yellow troublemakers already have quite a presence at Universal Orlando! Transform into a Minion yourself and undergo basic (and not-so-basic) training under the watchful eyes of Margo, Agnes and Edith at Despicable Me: Minion Mayhem in Universal Studios. Once you've changed back to a human, exit the ride and get groovy with Gru's trusted henchmen in an interactive Minion-inspired dance party, then stock up on Gru-approved gadgets and marvelous Minion merch at Super Silly Stuff. End your night at Universal Studios with Universal's Cinematic Celebration, an epic amalgamation of music, light and water effects that showcases treasured moments and fan-favorite characters from franchises, such as "Jurassic World," "Harry Potter," "Transformers," "Fast & Furious" and, of course, "Despicable Me." Celebrate the festive season with Universal's Holiday Parade featuring Macy's where you'll see fan-favorite characters from the "Shrek," "Madagascar" and "Despicable Me" movies. Lastly, spend a night in Gru's laboratory and catch some Z's on a missile-shaped bed when you book a kids' suite at Loews Portofino Bay Hotel.

Are you excited about the new Minion ride at Universal Orlando Resort? What else are you hoping to see on Illumination Ave? Let us know in the comments below!

Related: What's Coming to Universal Orlando Resort in 2023 and Beyond

SAVE $67 vs Adult gate price