Our Illuminating Guide to the Nighttime Shows at Hogwarts Castle Orlando 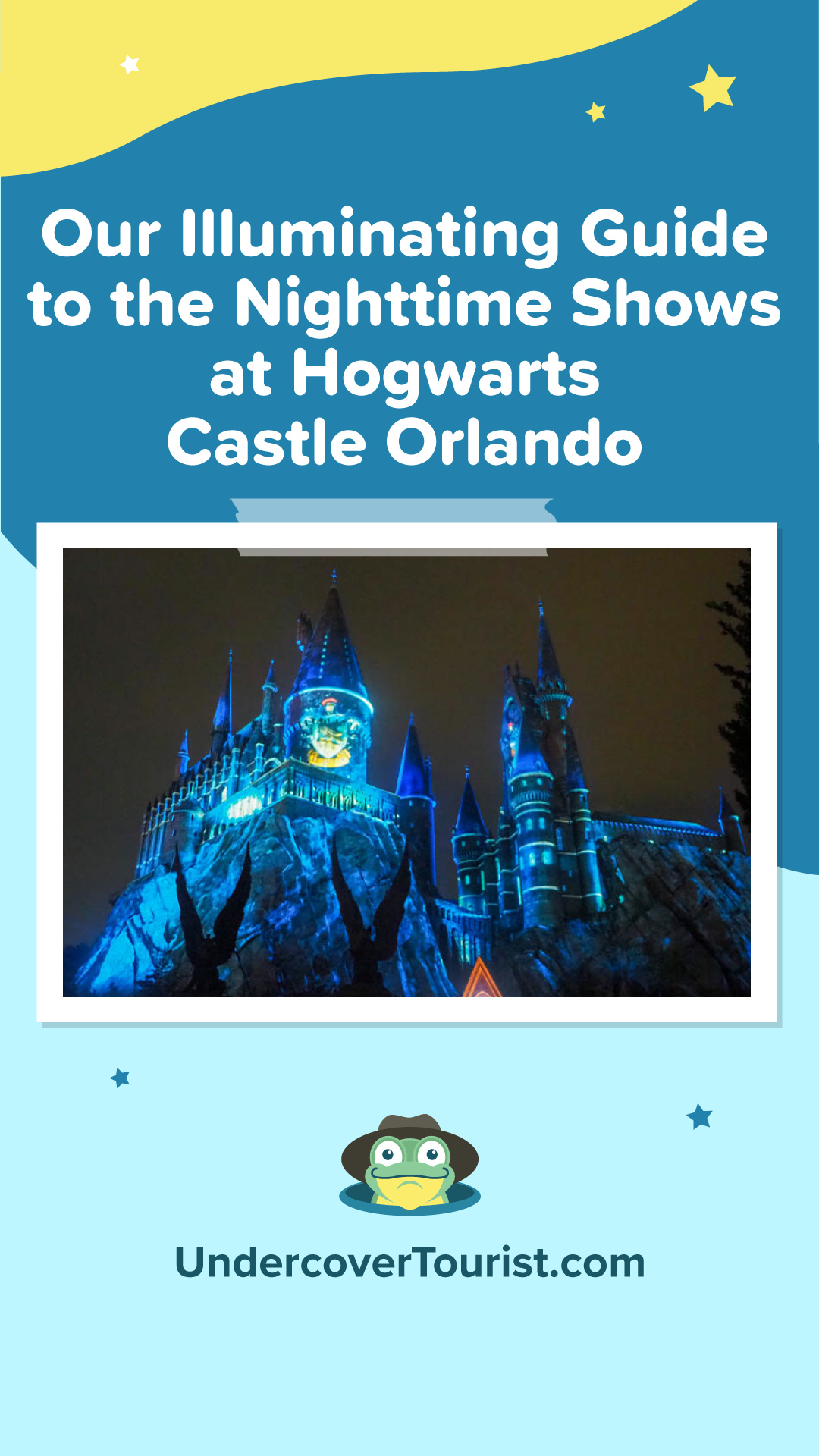 'Sup? Tad here! One thing I love about Universal Orlando Resort is that the parks take on a completely different life at night. From the magnificent nighttime eruptions of Krakatau in Volcano Bay to the epic fountains and projections of Universal Orlando's Cinematic Celebration at Universal Studios Florida, Universal knows how to send frogs home with a smile on their face. My favorite nighttime spectacular, though, is over in Universal's Islands of Adventure. Almost every night throughout the year, visitors flock to Hogwarts Castle in The Wizarding World of Harry Potter — Hogsmeade to represent their houses and watch in awe as the School of Witchcraft and Wizardry lights up in a truly magical display.

Throughout the year, there are three different shows that wizards and muggles alike can enjoy projected onto the castle: one for the majority of year, one for Halloween and one for the holiday season. Each of them is dazzling in its own way and definitely worth checking out! Let me be your honorary Astronomy professor as we turn our attention to the night skies and examine what makes each show in Hogsmeade so utterly enchanting. Say it with me now: Lumos!

The Nighttime Lights at Hogwarts Castle

On select nights in spring and summer, Hogwarts Castle illuminates in a marvelous celebration of the school's four famed houses: Gryffindor, Hufflepuff, Ravenclaw (woohoo!) and Slytherin. This six-minute, projection-mapped show features narration from the Sorting Hat himself and familiar music by the iconic John Williams. 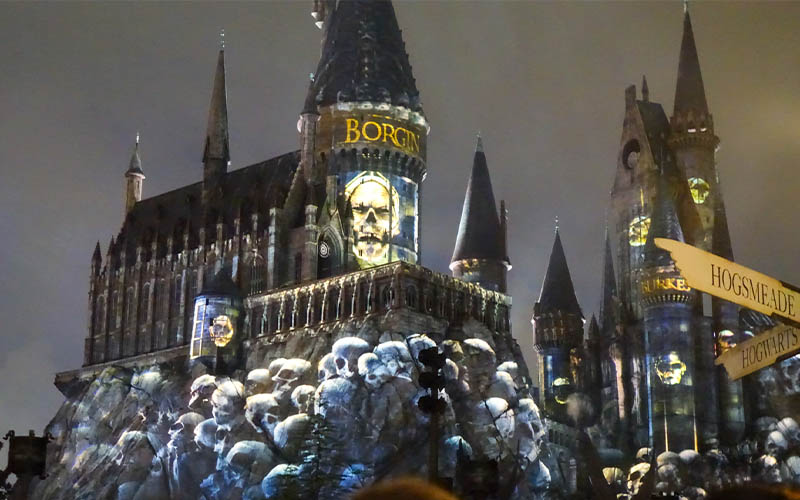 On select nights from Sept. 16 to Oct. 31, 2022, Death Eaters, Dementors, mountain trolls, Inferi, Aragog the Acromantula and the Dark Lord himself take over the halls of Hogwarts in a nine-minute projection show that's sure to strike fear into the hearts of even the bravest of wizards and witches. Can you cast a powerful enough Patronus charm to fend off the dark forces? 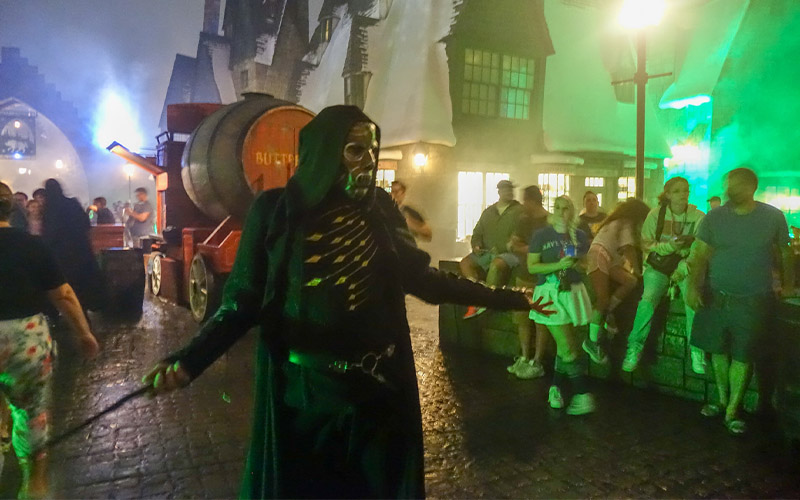 Voldemort's Army isn't just confined to the castle, though. Typically on nights the projection show plays, Death Eaters descend on Hogsmeade — cloaked in ominous green light and fog — and work their wicked magic. One of my favorite things to do during spooky season is duel against these loyal minions. Be sure to have your wand ready!

The Magic of Christmas at Hogwarts Castle 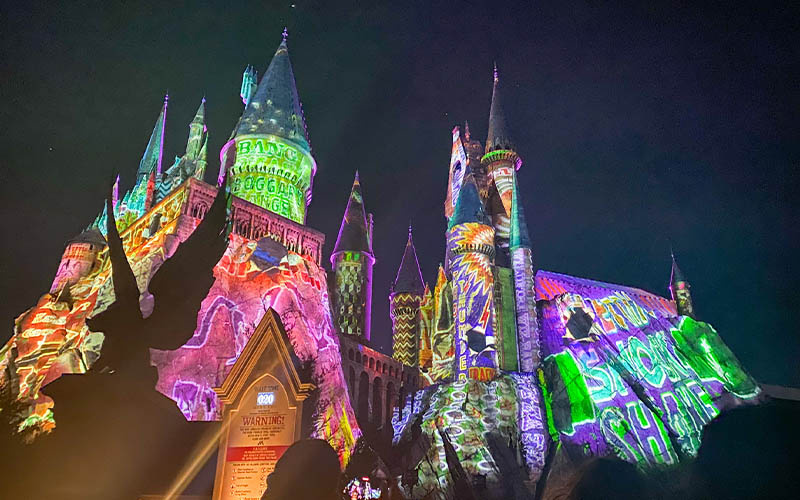 The most wonderful time of the year gets even more magical when Hogwarts (and all of Hogsmeade) gets decked out for Christmas in the Wizarding World of Harry Potter. Playing every evening from Nov. 12 to Jan. 1, 2022, The Magic of Christmas at Hogwarts Castle is a seven-minute show featuring a stunning Christmas tree, caroling ghosts, the grand and beautiful Yule Ball, some unfortunate snowmen and an obligatory advertisement for Weasley's Wizard Wheezes.

Our Top Tips for Viewing the Nighttime Shows at Hogwarts Castle 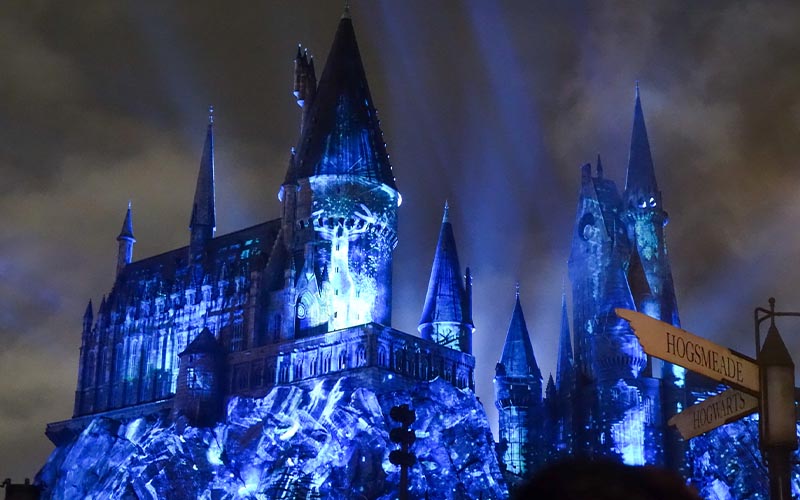 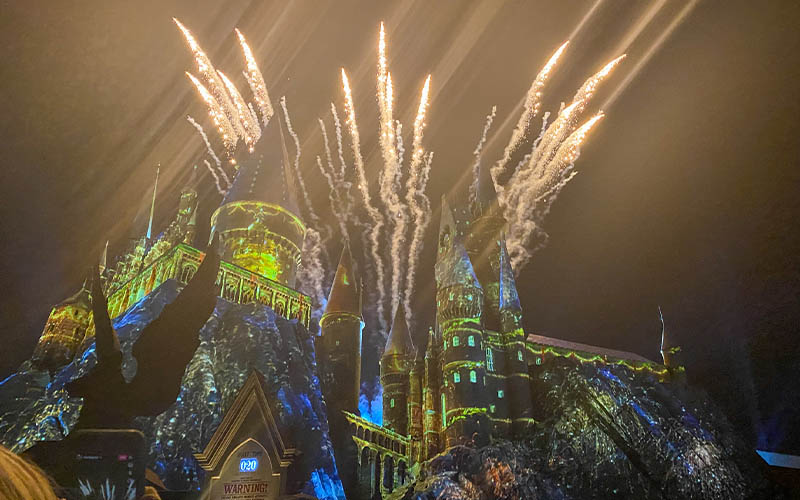 Which nighttime show at Hogwarts Castle are you most excited to see? If you've seen them all, which one is your favorite? Share with us in the comments below!