Our ~Ribbeting~ Guide to the Radio City Rockettes

New York City during the holidays is a magical place! From the festive window displays at Macy's Herald Square to the dazzling Christmas tree at Rockefeller Center to the quaint and cozy Holiday Market at Bryant Park, there's so much to see and do during the most wonderful time of the year. However, one of our favorite family-friendly holiday traditions is going to Radio City Music Hall and seeing the Christmas Spectacular Starring the Radio City Rockettes. This iconic annual performance has been a staple of the Big Apple and has amazed and delighted more than 69 million frogs since its debut in 1933. Want to know more about this divine dance troupe? We're diving deep into the world of these American icons!

History of the Radio City Rockettes 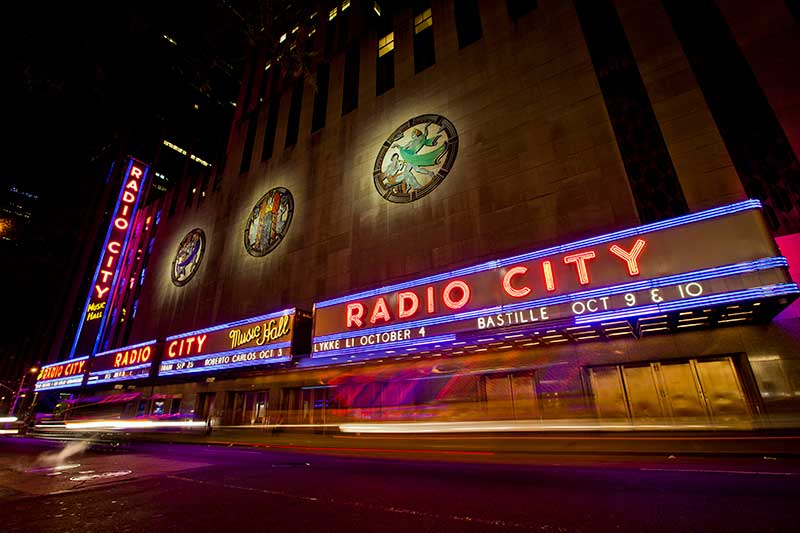 Inspired by the British dance troupe "The Tiller Girls," choreographer Russell Markert sought to create his own precision dance company here in America that would exemplify the country's ideals of glamour, flair and over-the-top theatrics. The women who auditioned for this group had to not only be between 5 feet and 2 inches and 5 feet and 6.5 inches but also be proficient in tap, modern, jazz and ballet. Originally a group of 16 dancers (a number which eventually grew to 36), the troupe was called the "Missouri Rockets" and, in 1925, it made its debut in St. Louis.

Upon traveling to New York City to perform in the Broadway show "Rain or Shine," the Rockets caught the eye of the showman and theatrical impresario, S.L. "Roxy" Rothafel. So enamored with these precision dancers, Rothafel pleaded with Markert to form another troupe to replace the departing one at his Roxy Theatre. By the early 1930s, three separate troupes were performing in New York City. Two of those troupes were set to perform on the opening night of Radio City Music Hall — Dec. 27, 1932. While 100,000 requested admission, only 6,200 were inevitably allowed entry.

Demand for the newly dubbed "Roxyettes" was huge, so accompanying each new feature film debut at the Music Hall was a lavish and unique stage production by the dance troupe. On Dec. 21, 1933, the first Christmas Spectacular was produced alongside the RKO musical movie "Flying Down to Rio" and "The Night Before Christmas," a Walt Disney Silly Symphony. The production ran for two weeks. In 1934, the "Roxyettes" officially became the Radio City Musical Hall Rockettes.

Over the next few decades, the Rockettes took the nation by storm. In the 1940s, they volunteered for the United Service Organizations, entertaining troops abroad and, in the 1950s, they made their television debut on "Wide, Wide World," entertaining Americans in their homes. (Their first performance at the Macy's Thanksgiving Day Parade was in 1957.) In the 1970s, Radio City began closing for weeks at a time allowing the Rockettes to take their show on the road, resulting in sold-out crowds in Lake Tahoe and Las Vegas. However, in 1978, when Radio City was slated to close due to financial problems, the troupe returned home and led the crusade to save the theater — which is now a New York City landmark! 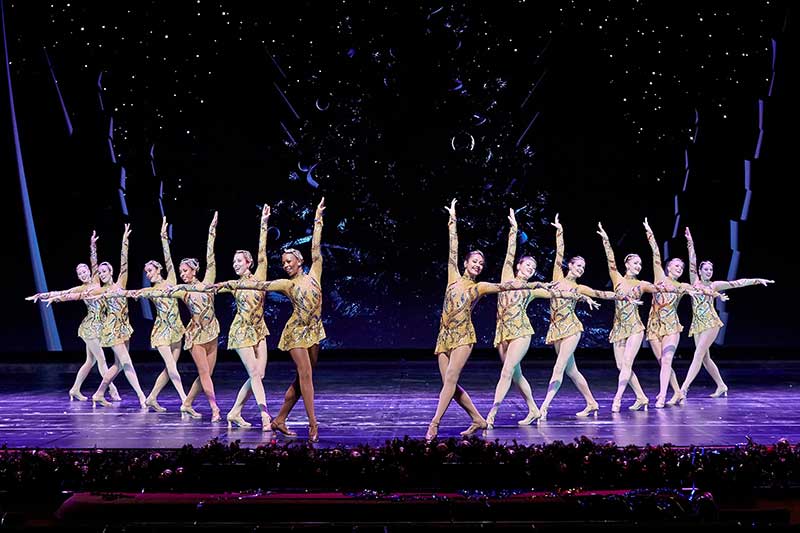 Radio City Music Hall reopened after a massive renovation in 1999 to restore the theater to its former glory. The 21st century not only brought along the first woman named solo director and choreographer for the Rockettes but also ground-breaking technology for the dancers to interact with and the first touring productions of the Christmas Spectacular. Additionally, the 2000s saw the introduction of the Rockettes Summer Intensive, a program that offers aspiring professional dancers the unique opportunity to train with the Rockettes and learn their world-famous precision dance technique.

Today, the Rockettes are busier and more in the public eye than ever. However, you'll only find them performing at Radio City during the Christmas season. The Radio City Music Hall Christmas Spectacular, which features 140 performers and an original score, has become a New York Christmas tradition. Adding a modern twist to the traditional story with singing, dancing and humor, Radio City transforms into an immersive winter wonderland where ice skaters glide, snowflakes swirl and frost fairies take flight. You'll even get to witness two numbers that have remained completely unchanged since the show's debut: "Parade of the Wooden Soldiers" and the "Living Nativity."

Every year, 80 dancers (now between 5 feet and 6 inches and 5 feet and 10.5 inches) earn the distinction of calling themselves a Rockette. The Christmas Spectacular has a morning and afternoon cast with 40 dancers in each cast. However, only 36 perform on stage at any given time. (Four additional swings cover nine dancers each.) These remarkably talented women do more than 160 kicks per show and perform in up to four shows a day during busy periods. And leading up to the holiday season ... ? The Rockettes rehearse six hours a day, six days a week for six weeks. Talk about commitment!

What to Know Before You Go 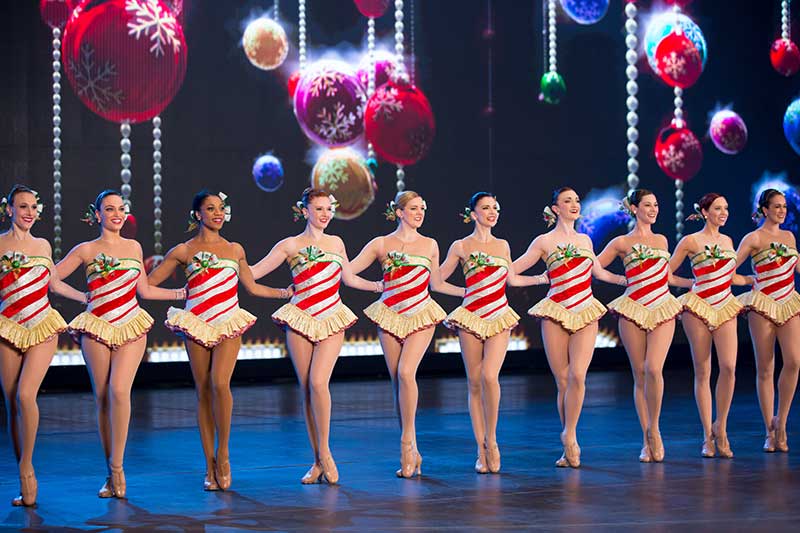 The Radio City Music Hall Christmas Spectacular is running from Nov. 8, 2022, to Jan. 2, 2023, with as many as five different performances a day. The show is 90 minutes long without an intermission. Tickets get sold out fast during the holidays, so purchase yours as soon as you know you want to see it! Save some green this holiday season and buy your tickets through Undercover Tourist for as low as $54.77.

Trains tend to run slow or late when the weather is bad. If it's snowing, give yourself plenty of time to get to the theater. Additionally, leave time to get through security at the theater. Radio City Music Hall recommends arriving an hour prior to showtime. If you're planning on spending the whole day shopping, drop your bags off before getting to the show. Not only will you get through security faster, but you'll also be more comfortable once you sit down as there isn't a lot of space between seats. Oversized bags are prohibited and Radio City Music Hall doesn't provide an area to check bags or other belongings.

Food and beverage items, as well as merchandise, are all available to purchase at Radio City Music Hall. Outside food and beverage items (including sealed cans and bottles) aren't permitted inside the theater. If you or someone in your party have a medical condition or specific needs that require bringing in outside food or beverage, contact Guest Relations at 212-465-6225 or guestrelations@msg.com prior to your showtime.

Have you seen the Radio City Rockettes perform before? Are you planning to see the Christmas Spectacular this holiday season? Let me know in the comments below!

Related: Top Things to Do in NYC With Kids