Transportation to and Around San Diego 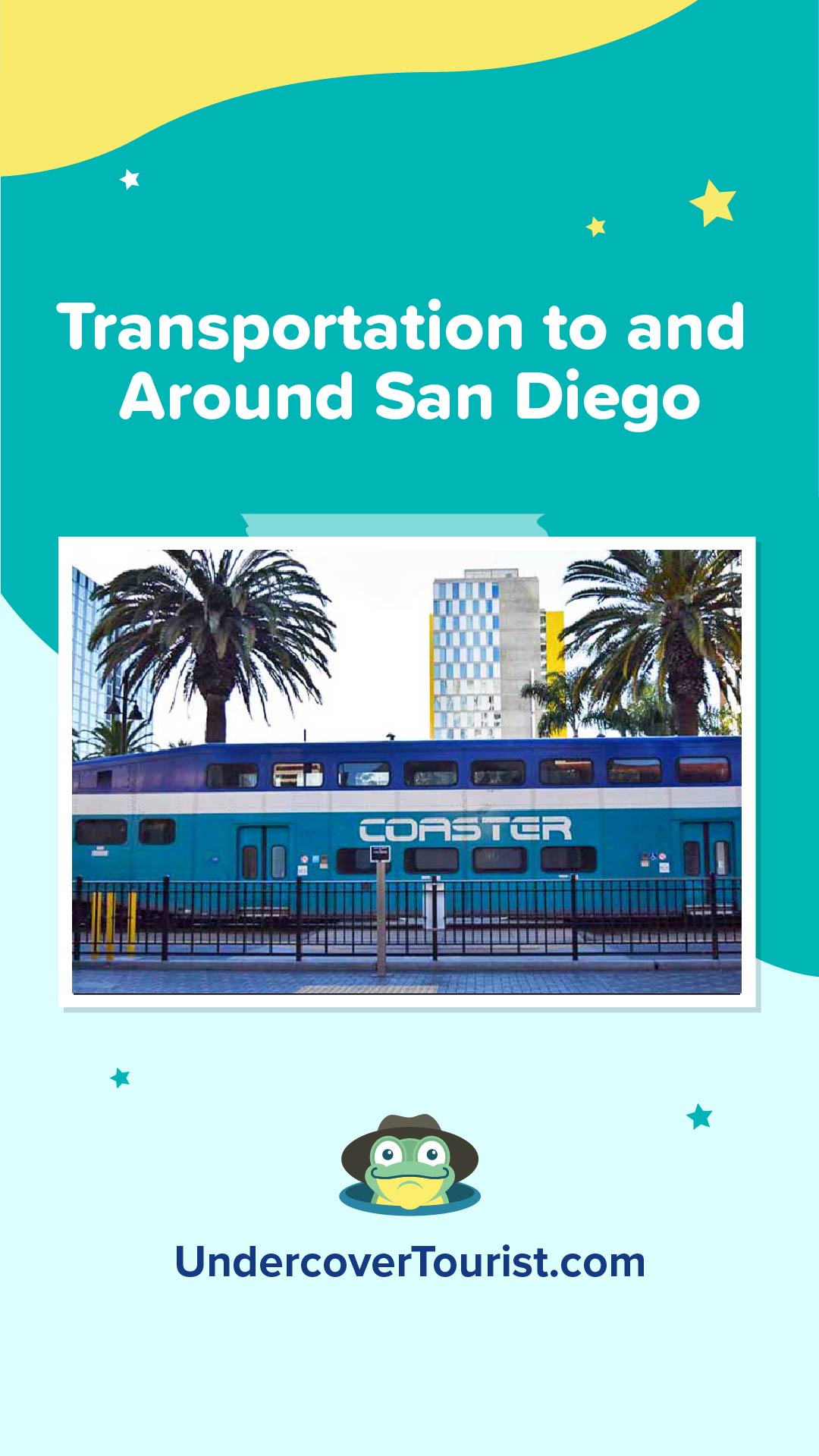 If you are planning transportation to and around San Diego and its surrounding areas, you are in luck. San Diego is easy to get to by airport, freeway and train. San Diego transportation includes a trolley system, which makes it one of the easier cities to get around using public transportation in the Southern California area. You can also take the train up the coast to reach beach towns. You might even want to take the train to travel between Orange County and Los Angeles. That said, Southern Californians rely on their cars for freedom, and some of San Diego’s best family attractions are toadally spread out. That means you’ll most likely want to bring a car or rent one to get around San Diego County.

Whether you drive or fly depends largely, of course, on where you're coming from and how many tadpoles (aka kids) you will have hopping along with you. You can fly right into the city of San Diego directly from many major cities. If you will be visiting Los Angeles or Orange County before or after (or during!) your trip, you can easily take the I-5 freeway to or from these destinations. Just plan your travels to avoid rush hour. Larger families who live within driving distance may find it's more economical to drive, but you should always factor in the additional cost of gas and food while on the road. And speaking of gas costs, leapin' lily pads! California has some of the highest gas prices in the country, so keep that in mind when budgeting for your trip. 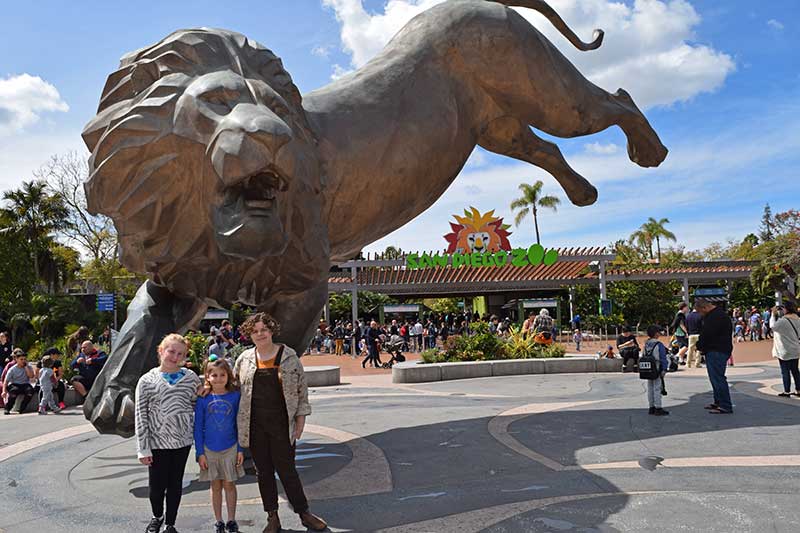 Despite having good public transportation within the city itself, you’ll want to have a car when visiting Southern California. This is especially true if you will be hopping about to LEGOLAND or the San Diego Zoo Safari Park, which are in northern and eastern San Diego County, respectively. If you do decide to drive, check out our hopful tips for a smooth car ride. 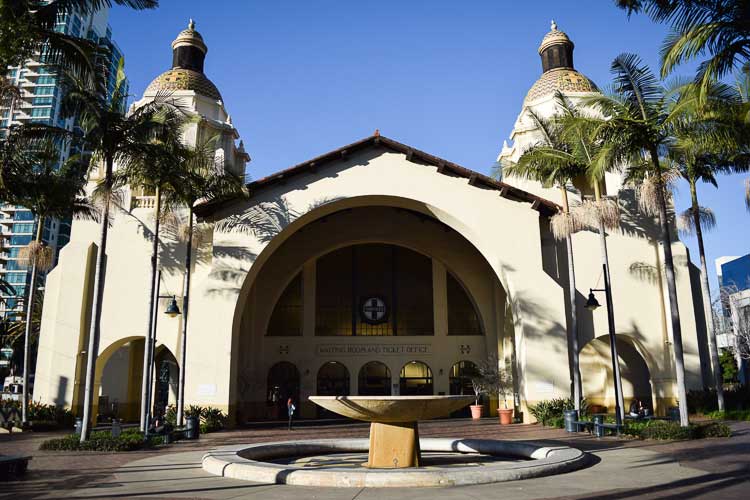 The Santa Fe Depot in downtown is a hub for Amtrak. Amtrak has stations in northern San Diego (Oceanside) and connects to Orange County (including a station near Disneyland) and into downtown Los Angeles. So if you really want to take a relaxing, traffic-free, coastal route (just like floating downstream on a lily pad, watching the scenery pass by) when traveling between San Diego and Orange County or Los Angeles, hop on a train! Pick a seat on the ocean side (right side when San Diego-bound) of the train for frogtastic views. 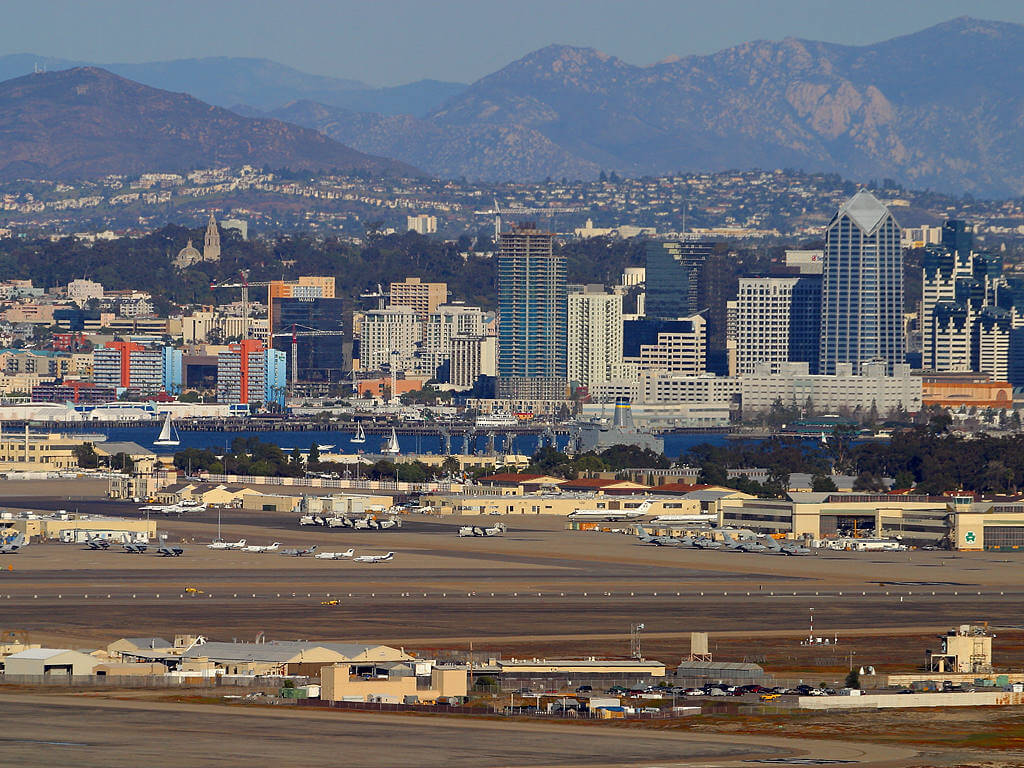 San Diego International Airport is ideally situated three miles northwest of downtown San Diego, roughly a 10-minute drive. It is served by many domestic carriers, with over 60 non-stop markets and almost 500 daily fights. This airport is a lot friendlier and easier to manage (with less traffic) than LAX in Los Angeles. There are only a handful of international flights. Visitors from other countries are likely to be routed through the Los Angeles or San Francisco-area airports rather than direct.

If you are using ride-share apps such as Lyft and Uber, you can be dropped off curbside in the main departure area with other traffic. But there are designated ride-share pickup locations — one for each terminal. You can find follow signs to the area on the ground level.

Terminal 1 is under construction through the end of 2024. Allow for extra time, and be aware that some pick-up and drop-off lanes may be temporarily relocated during this time.

Although it's not as large and sprawling as Los Angeles, San Diego is the second largest city in California that is best traversed by car. You'll find popular tourist attractions spread throughout the city. That's why visitors will likely find renting a car the easiest way to hop about, or navigate. If you are going to leave the San Diego city area to visit LEGOLAND, Sesame Place, the San Diego Zoo or the Safari Park, you’ll definitely want to spring for a rental car.

With three major interstate roadways, it's fairly easy to get around, although visitors should expect a fairly good amount of congestion if you are traveling during commuting times.

We have partnered with five top-name brands to bring you ribbeting rates on car rentals. All of the major car rental companies are located at the Rental Car Center and will require a shuttle ride to this location, so factor extra time getting to and from the airport. Want to unlock even the best car rental rates? If you are booking your hotel through Undercover Tourist or purchasing theme park tickets, put your rental car in the cart to get up to 50 percent off!

In the downtown and beach areas, you'll find metered parking Monday through Saturday from 8 a.m. to 6 p.m. (or as marked). Meters accept coins, credit cards and Near Field Communication payments (such as Apple Pay, Samsung Pay or Android Pay).

The San Diego Metropolitan Transit System (MTS) and the North County Transit District (NCTD) are San Diego's main public transportation provider, including bus service. It also includes the Trolley (light rail system) as well. You'll want to purchase a Compass Card. A Compass Card is your ticket to use the bus, trolley, Coaster (commuter rail) or Sprinter (light rail). You can get a Compass card at any train station. Or you can download the free Pronto app to buy tickets or plan your local travel plans.

Bus — The only public transit available to/from the airport is Bus 992, which travels between the airport and downtown. The bus service, which stops at Terminals 1 and 2, connects downtown with Trolley, COASTER, and Amtrak stations. The bus runs every 15 minutes and it's about a 15-minute ride. You can find MTS Ticket Vending Machines near the Information Centers of Terminals 1 and 2, as well as at Middletown and Santa Fe Depot stations. 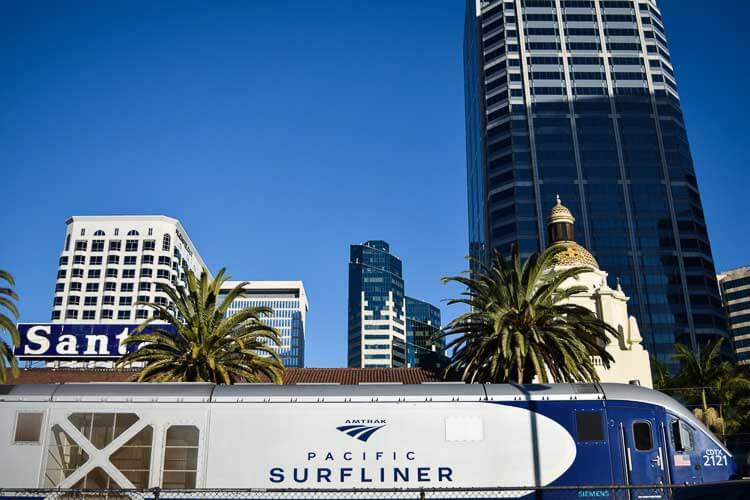 Train — All aboard! Woot woot! You might want to hop about and explore coastal San Diego by train. The COASTER light rail train connects downtown San Diego and Old Town with great San Diego beach towns along the coast to the north of the city. The most northern stop in San Diego County is Oceanside, where you can end your journey or switch trains to Amtrak or Metrolink to continue further north into Orange County. Amtrak also travels from San Diego up the coast to the north. During fall 2022, the routes between San Diego and Orange County may be temporarily closed for track repair.

Trolley — San Diego has several affordable trolley lines that extend to nearby areas, including Little Italy. For fun, you can also jump on the inexpensive vintage streetcar that makes a downtown loop. It passes by the Santa Fe Depot, the Civic Center, the 12 & Imperial Transit Center, PETCO Park, the Gaslamp Quarter, Seaport Village and more every 30 minutes. 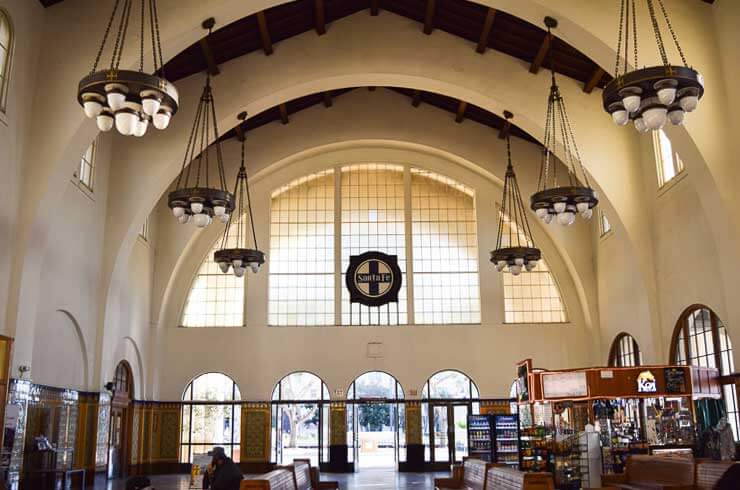 For visitors planning to visit both San Diego and Los Angeles (about 120 miles away) — or Orange County and Disneyland, in the middle of the two cities — it is usually much cheaper and faster to rent a car or take Amtrak rather than fly between the two cities. Amtrak operates from the historic Santa Fe Depot. Plus, there is a city bus line to it from San Diego International Airport. Amtrak's Pacific Surfliner takes around three hours to get to Los Angeles' Union Station. The train stops in several Orange County cities, including Anaheim. The Coaster is an additional commuter rail service. It runs to Oceanside and then could connect to Orange County's Metrolink. The Coaster operates during regular commuting hours, but it has limited weekend service.

Popular addresses are listed below if you would like to plug them into your favorite mapping system.

We hope you've found this overview of San Diego transportation "hopful" in planning a visit to San Diego. You'll find more resources and tips inside our San Diego Planning Guide.

Related: Where to Stay in San Diego

Related: Our Guide to Visiting San Diego with Kids

SAVE $21 vs Adult gate price