The Secret History of Disney Rides: The Hall of Presidents

Have you ever dreamt of meeting all the various presidents of the United States? Inside Magic Kingdom Park's The Hall of Presidents, you can come face-to-face with them all! This classic Disney World attraction is a way to learn the history of our country's presidencies inside a replica of Philadelphia's Independence Hall ( and not to mention a good opportunity to rest our froggy legs). The secret history of The Hall of Presidents dates back to even before the opening of Magic Kingdom!

===>Hop here for The Hall of Presidents wait times, ride details and more!<===

The Secret History of The Hall of Presidents

The Hall of Presidents opened with Disney World's Magic Kingdom Park on Oct. 1, 1971. The idea of the show dates back to the creation of Disneyland Park. Via D23.com, there was a never-built addition to Disneyland known as Liberty Street. In this area was to be an elaborate presentation on our nation's presidents and history. Of course, as you know now, Liberty Street was never actually added to Disneyland!

While Liberty Street at Disneyland never actually came to existence, Walt Disney kept working on the creation of the historical show. At first, he envisioned the attraction (to be called "One Nation Under God") to be filled with wax figures of presidents. This wasn't going to be realistic, though, because Walt wanted the figures to speak and move. For this kind of technology, the show would need sponsors! In preparation for presentation at the 1964-65 New York World's Far, Walt wanted to create a full-size Audio-Animatronics of his favorite president, Abraham Lincoln. 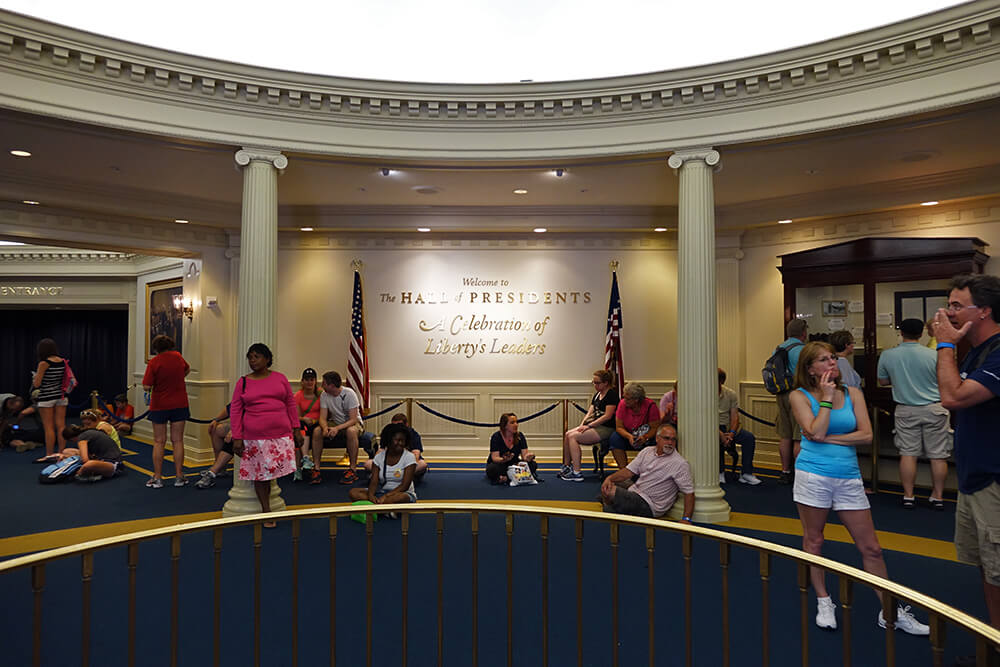 The successful creation and presentation of this Audio-Animatronic figure led to the design of the attraction we now know as The Hall of Presidents. Of course, it also led to Disneyland's Great Moments with Mr. Lincoln! Right now, The Hall of Presidents is closed for the addition of President Donald Trump's Audio-Animatronic. We can look forward to a new show, upgraded sound system, lighting and high-definition projection system when it reopens in late 2017!

The Hall of Presidents Fun Facts