Halloween Horror Nights Orlando is a monstrous event. With 10 haunted houses, five scare zones and two shows — not to mention an epic tribute store and tons of delicious event-exclusive food and drinks — there's a lot to experience during your fiendishly fun night at Universal Studios Florida. While just the idea alone of tackling all of it can seem scary, it's not exactly impossible. As veterans of this eerie event, we've learned over the years all the best ways to go about conquering this fear fest that will help you get the most out of your limited time, whether you want to be frightfully frugal or don't mind spookily splurging. Sound intriguing? Then keep reading for all our top tips to maximize your terrifying time at Halloween Horror Nights! 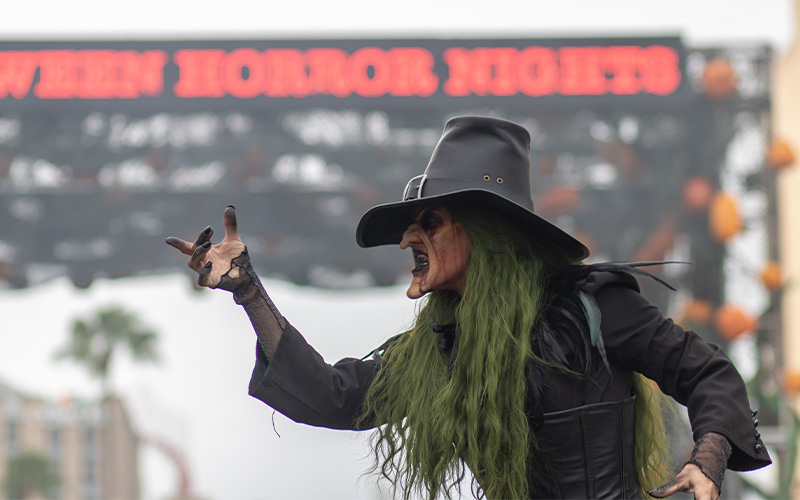 While certainly not a necessity, there are two appallingly awesome add-ons you can purchase to make your nefarious night a bit easier to manage.

Halloween Horror Nights Express Pass: Similar to a Universal Express Standard pass at the theme parks, the HHN Express Pass allows you to skip the regular lines one time at each haunted house (including the rides that are open during the event). There's still an Express Pass line, but the line is significantly shorter than the regular standby line and can end up saving you hours during your visit! We've easily conquered every single house in one night using the Express Pass. 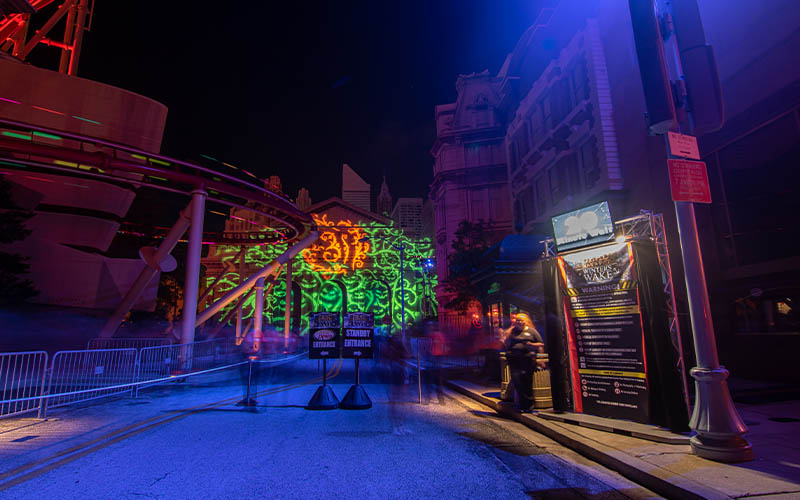 Scream Early Ticket: With this add-on, you can enter Universal Studios anytime from 3 to 5 p.m. the day you're going to HHN. At 5 p.m., you'll make your way to one of several Stay & Scream areas (depending on what your top priority houses are) while the park transitions from a world of movie magic to one of murder and mayhem. Within the next 40 to 60 minutes, you'll be released and free to get in line for your first house. At most, that's almost an hour of extra event time before Halloween Horror Nights officially opens to everyone else at 6:30 p.m. Believe it or not, we've been able to knock out as many as three houses during the early entry period — each with a short wait time! (Popular houses may have a lengthier wait, but it's usually the lowest it gets for the night.)

Now that you've decided whether or not the add-ons are worth it for you and your scream squad, you need to figure out when the best time to arrive is. Well ... it depends on whether you you've splurged and added one or both of those aforementioned upgrades. To make things easier, we're going to break down our advice based on which add-ons you have in your arsenal. 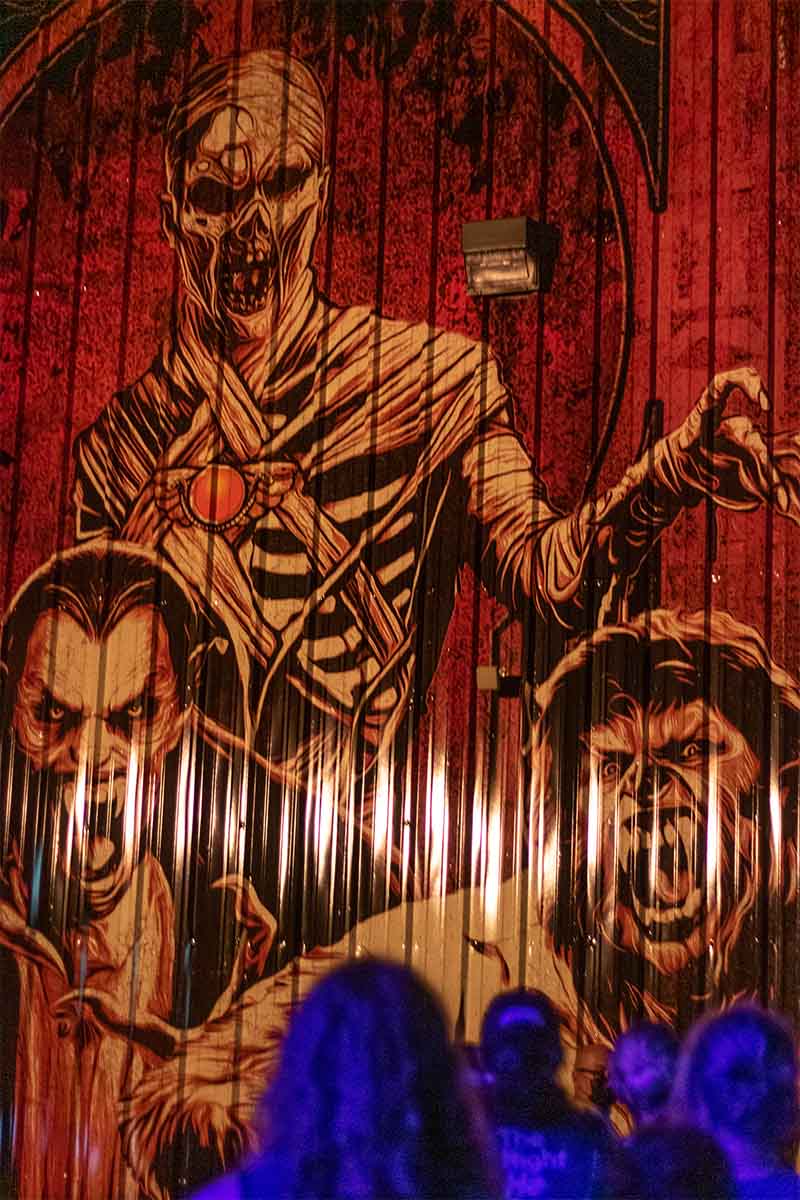 With Early Entry: As I mentioned above, with the Scream Early ticket (or just regular daytime admission to Universal Studios), you need to arrive prior to park close at 5 p.m. to access the Stay & Scream holding areas. Target the Springfield holding area to hit the houses in the back of the park first. These typically maintain short wait times within the first hour (or more!) of the event since guests entering through the main gates tend to tackle the houses up front first. Therefore, you'll be able to get through a lot of them fairly quickly. The Weeknd: After Hours Nightmare is easily the most popular Stay & Scream house this year, so we recommend saving that for the last hour of the night when wait times drastically die down. Jump in line for Universal Monsters: Legends Collide and then immediately head to Bugs: Eaten Alive or Descendants of Destruction.

With Express Pass ONLY: Most of the time, you'll find that Universal opens the front gates prior to 6:30 p.m. Hence, we recommend arriving at least by 5:45 p.m. to be ready for when they do.

Without Express Pass OR Early Entry: Quite the brave soul you are. For this daring pursuit, we recommend arriving by 5 p.m. to be closer to the front of the entry line. As we say around this pond, the early frog gets the fly! The earlier you arrive and the quicker you get in, the shorter the line you'll see at your first house. (You'll also be in a prime position to watch the Opening Scaremony through the park gates!) 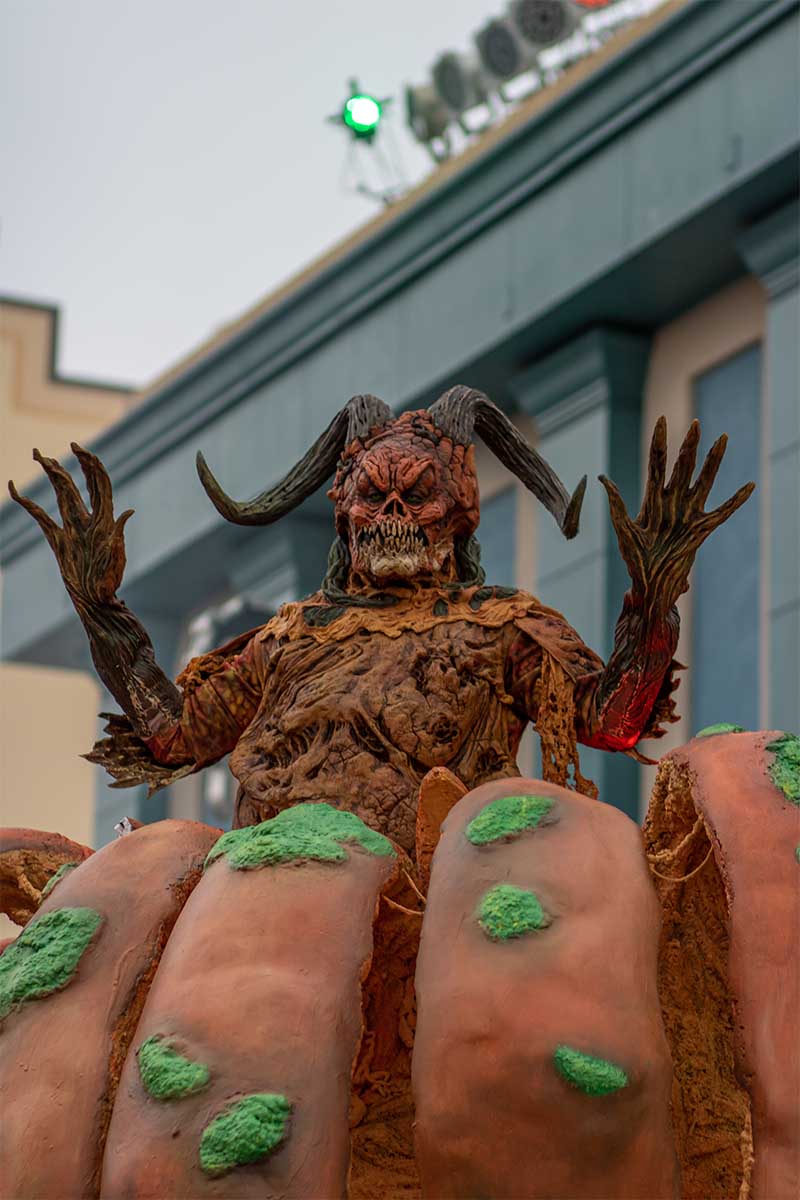 For Universal Hotel Guests: If you're staying on property at a Universal Orlando hotel and plan to arrive a little later, use the priority entrance gate near the former Blue Man Group theater. This entrance is open from 6:30 to 8 p.m. and won't see the same crowds that tend to appear at the front gate.

You've made it through the gates and are in line for your first house. Hooray! Time to start strategizing how you want to conquer the rest of the event. Again, based on which upgrades you may or may not have, it completely depends. While no two nights are ever the same, we've definitely noticed certain patterns and trends over the years. Keep reading to find out what we recommend for the average event night.

With Early Entry AND Express Pass: Because your Express Pass will only let you skip the standby line once per house, we recommend saving it for at least after 7 p.m. when lines start to get longer. That way, you can make your way through some houses a second time later in the night after you've braved them all at least once. After you've conquered your first few houses during the early entry period, just continue to make your way around the rest of the park in a big circle so you're not hopping back and forth. 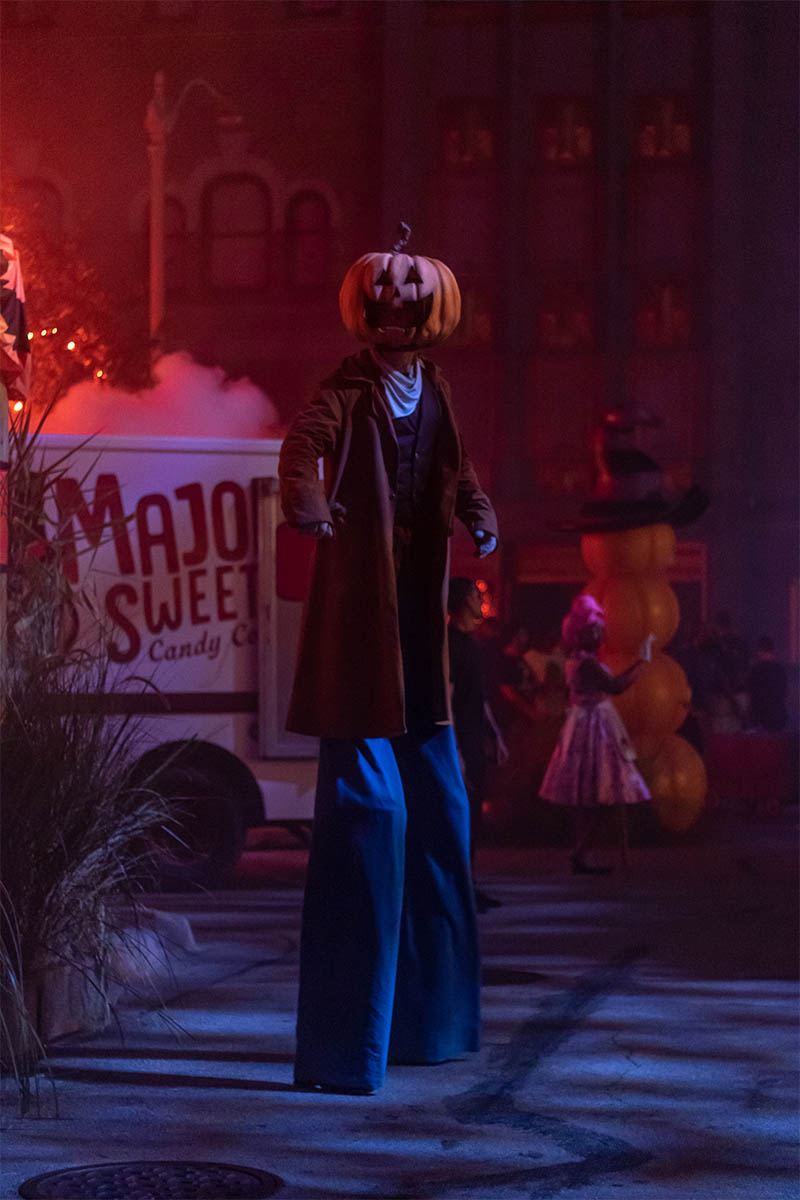 With Early Entry ONLY: Since you've opted against being able to skip the lines, you're still going to need to be strategic with your night. Make sure you target the houses in the back of the park during the early entry period since the lines tend to stay fairly long all night. You'll be able to knock out a good one to three houses before the event officially starts. After you've done those, make sure you hit up any other top priority houses you have first — just so you can breathe easy later knowing you've already done them.

With Express Pass ONLY: With your Express Pass, you're pretty much guaranteed to be able to hit up every house at least once. Once you're inside the park, just pick where you want to start and continue to move either clockwise or counterclockwise to minimize the amount of hopping around you'll do.

Without Express Pass OR Early Entry: If you've opted to tackle the event without any help, be aware there's a possibility you most likely will not be able to hit up everything. Conquer your top priority houses first before circling around and doing any other houses or scare zones you missed. Good luck, brave soul.

Other Tips and Tricks for Halloween Horror Nights

Halloween Horror Nights isn't only the houses and scare zones. There are plenty of other things to see and do and, if you want to check them all out, they require some planning, as well. 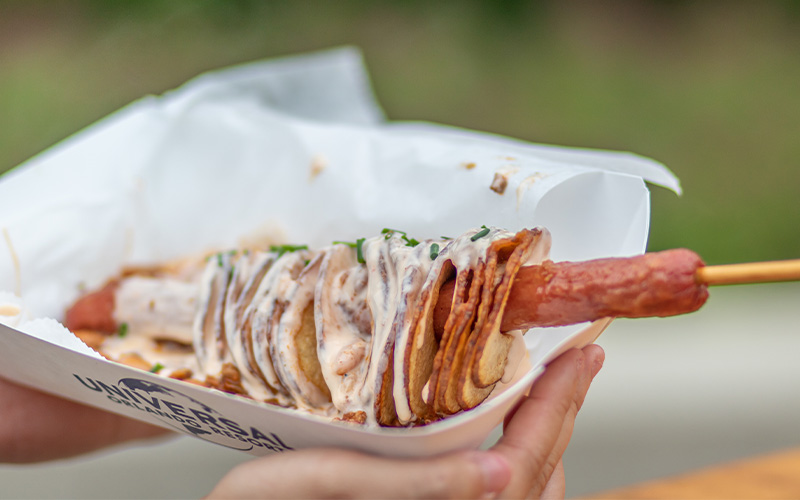 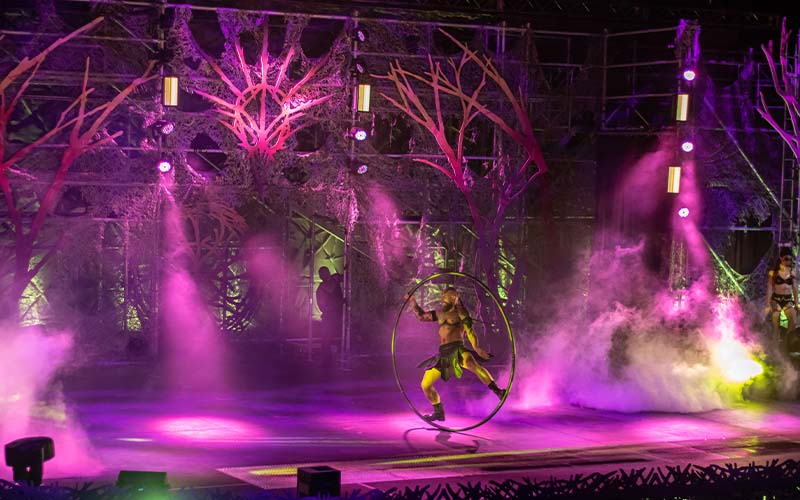 Have you been to Halloween Horror Nights before? What are your favorite time-saving tips? Share with us in the comments below.

SAVE $2 vs Adult gate price