What Opened at Walt Disney World and Universal Orlando in 2020

'Sup! Welcome to Tad's toadally awesome list of what opened at Walt Disney World, Universal Orlando Resort and the other Orlando theme parks in 2020! You may know me as the Frog Fam's resident thrill-seeker and videographer. It may be the understatement of the year, but 2020 is one we'll definitely remember! Compared to previous years, we've got less to report on in terms of what opened, and far more to look forward to in the future (that's this year for ya — smell you later, 2020!). (Hop here to see what opened in 2019 and previous years.) Temporary closures due to COVID-19 led to timetables for certain projects being pushed back or even put on hiatus. Even so, in 2020, we boarded a wacky train with Goofy as a conductor in the all-new Mickey & Minnie's Runaway Railway attraction, and sang our froggy hearts out with the "Beauty and the Beast" gang at EPCOT, which continues to evolve — a new entry fountain was just unveiled. Over at Universal Orlando Resort, we became part of the epic action in the Bourne Stuntacular show, and Endless Summer Resort — Dockside Inn and Suites welcomed guests to join in on the seaside, laid-back vibes (at a value price tag!).

This post is super hopful to get a hop on what's new if you'll be hopping to the parks soon, but I recommend that you use it alongside my post of what's opening in the parks in 2021 and beyond to map out your can't-miss stops. Like I said, there is SO MUCH coming to be excited for! Use the Quick Links below if you want to jump to a certain park ... and don't froget to check out my videos as you read for a front row seat of the action! Let's hop to it!

What Opened at Walt Disney World in 2020 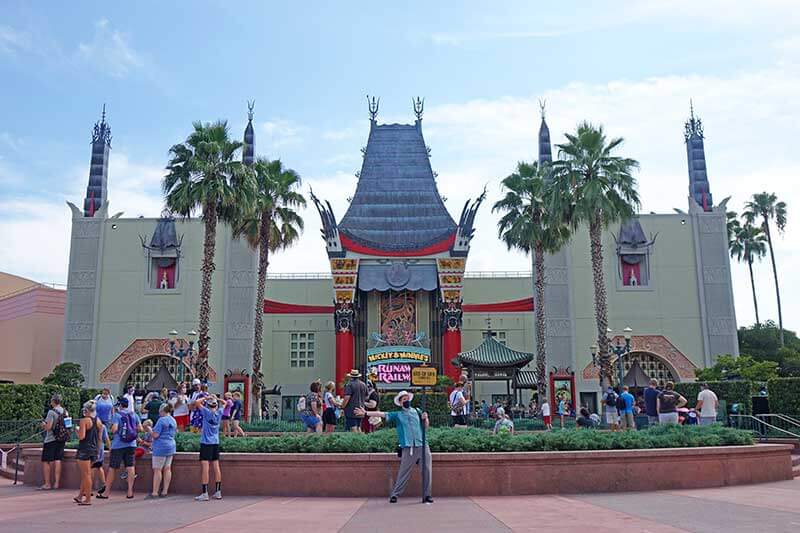 Mickey and Minnie's Runaway Railway — All aboard! As the first ride to star everyone's favorite pair and their friends, this new attraction puts guests inside the wacky and unpredictable world of a Mickey Mouse Cartoon Short, where only mouse rules apply. The short starts with Mickey and Minnie singing a catchy tune on their way to a perfect picnic, and Goofy following along in his train beside them ... before things go wrong. We won't spoil any major details, but Mommy Frog loves the fact that Daisy drinks "Pond Water."

The ride features "2 1/2 D," a new, no-glasses-required experience, and trackless ride vehicles. It's toadally family-friendly and doesn't have any height restrictions. Just be sure to hold on to the lap bar as you whirl through the various cartoon worlds. (Mommy Frog did not get any motion sickness on this one!) Also, listen for the sound from the original whistle featured in the 1928 short, “Steamboat Willie,” and keep an eye out for lots of hidden Mickeys.

Mickey Shorts Theater — It's time for some "Vacation Fun!" Watch an original short in the same wacky style of the Disney Channel cartoon series that follows Mickey, Minnie and Pluto getting ready for a vacation. As Mickey prepares, he reminisces on past trips to Potatoland, China (from the short, "Panda-monium") and more.

Cinderella Castle Makeover — Cinderella Castle has received a royal makeover, in honor of the 70th anniversary of "Cinderella" and just in time for Walt Disney World's 50th anniversary in 2021. The castle now dons a new pink color with darker blue turrets and gold accents. It's so pretty as it glistens in the sunlight! Walt Disney World Resort's roadway arches are being painted to match. 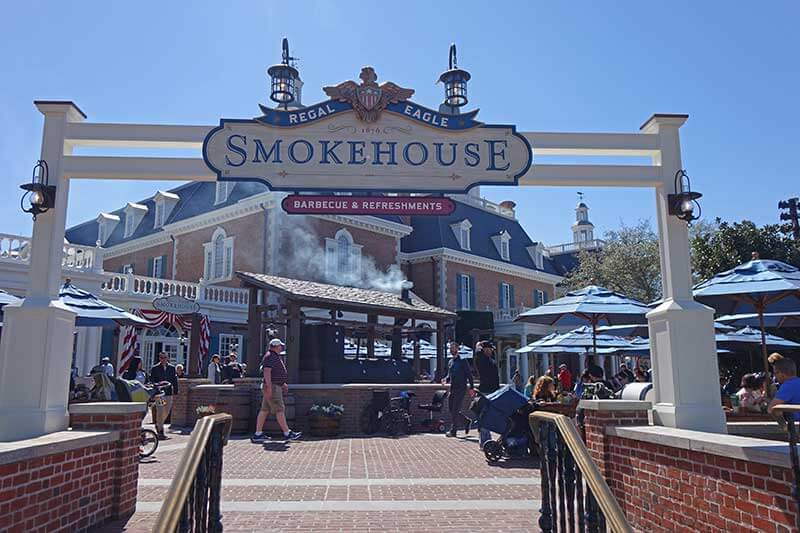 Regal Eagle Smokehouse: Craft Drafts and Barbecue — A new fast-casual restaurant is serving up good ol' American barbecue! It took the place of Liberty Inn at The American Adventure pavilion. The restaurant features the Muppets' Sam Eagle as the face of the restaurant, who takes barbecue very seriously.

"Beauty and the Beast Sing-Along" in France — This sing-along film plays on a loop during the day in addition to the pavilion's current film, "Impressions de France," which shows at night. It features narration from Angela Lansbury, who played Mrs. Potts in the original film.

"Awesome Planet" film — This new film at The Land pavilion showcases the beauty of Earth and delivers a resonating environmental message. It also has some fun in-theater effects — cold air blasts or flashing lights when there's lightning.

"Canada Far and Wide in Circle-Vision 360" film — This World Showcase show has been updated with a new story, musical score and scenes. It features new narration by actors Catherine O’Hara and Eugene Levy.

Mickey Mouse's new meet-and-greet location  — now closed due to social distancing measures — Before the COVID-19 closure, Mickey moved to a new location at the Imagination! pavilion, as part of the Disney & Pixar Short Film Festival. He was greeting guests just inside the entrance while celebrating his starring roles in short films such as "Get a Horse," which is part of the festival.

Reimagined main entrance — in progress — EPCOT's main plaza will include new pathways, green spaces and a reimagined fountain (which is now complete!). The Leave A Legacy photos will move just outside the park's gateaway. There will be additional redevelopment to the area between Spaceship Earth and World Showcase Promenade. 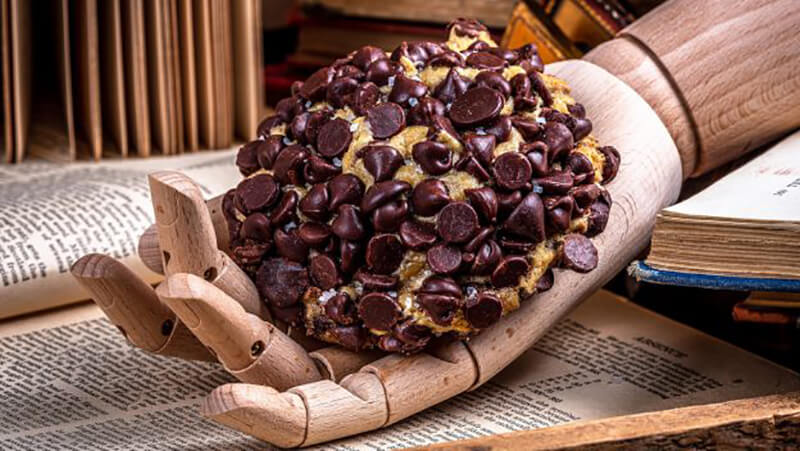 Gideon's Bakehouse — An Orlando native, award-winning bakery, Gideon's is known for it's delectably crafted cookies. The cookies are small batch, but HUGE in size! The nearly half-pound cookies take about 24 hours to create — but you can wash them down with one of Gideon's iced drinks, such as Peanut Butter Iced Coffee. The Bakehouse recently opened its doors for a soft opening, revealing a haunted library-esque vibe.

"Drawn to Life," A new Cirque de Soleil show — April 17, 2020 (postponed) — With the closure of the most recent show at Disney Springs on New Year's Eve 2017, Disney has announced Cirque du Soleil will develop a new original show, "Drawn to Life," that will pay homage to Disney's history of animation. It tells the story of a girl named Julie, who discovers an unfinished animation piece by her late father. The show takes Julie on a journey through her Disney childhood memories, which allows her to imagine new possibilities for her future. “Drawn to Life” is the product of a collaboration between Cirque du Soleil, Walt Disney Animation Studios and Walt Disney Imagineering. The show was scheduled to debut April 17, but the premiere has been postponed due to COVID-19.

What Opened at Universal Orlando Resort in 2020 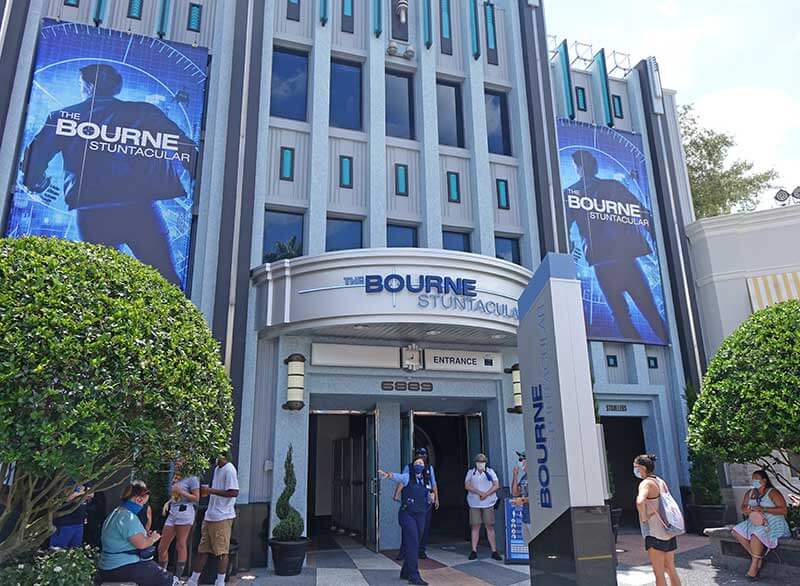 Bourne Stuntacular — A new live-action stunt show based off the Jason Bourne film franchise has arrived with a bang to Universal Studios Florida where the former Terminator 2: 3-D attraction used to be. This high-energy, action-packed show features actors, high-tech props and an LED screen that blends stage and cinema together in a cutting-edge form of entertainment.

What Opened in Other Florida Theme Parks in 2020

Glacier Bar — Beat the heat at this shaded outdoor bar, featuring ice-cold craft beers, premium cocktails, frozen drinks and several unique food items. With multiple big screens, you can catch your favorite sports team or chill out and take in the 360 degree views of Ice Breaker.

I hope you've enjoyed this look at what opened at Disney World and Universal in 2020. Hop on over to our When to Visit Orlando page for more planning tips, part of our Orlando Planning Timeline!

SAVE $9 vs Gen. Admission gate price

SAVE $35 vs Gen. Admission gate price