How to Enjoy a Disney Cruise and Orlando's Best Attractions

Ever been to Disney World for a family vacation then yearn for more of that Disney magic? I know that's the case for our family. Like us, perhaps you already have a trip planned in the future and want to space out park visits to help preserve that special, once-in-a-lifetime feeling for your family. We had been to Disney World recently and are planning a similar trip down the road, so we weren't wanting to go back to the parks just yet. However, that Disney magic kept calling to us. 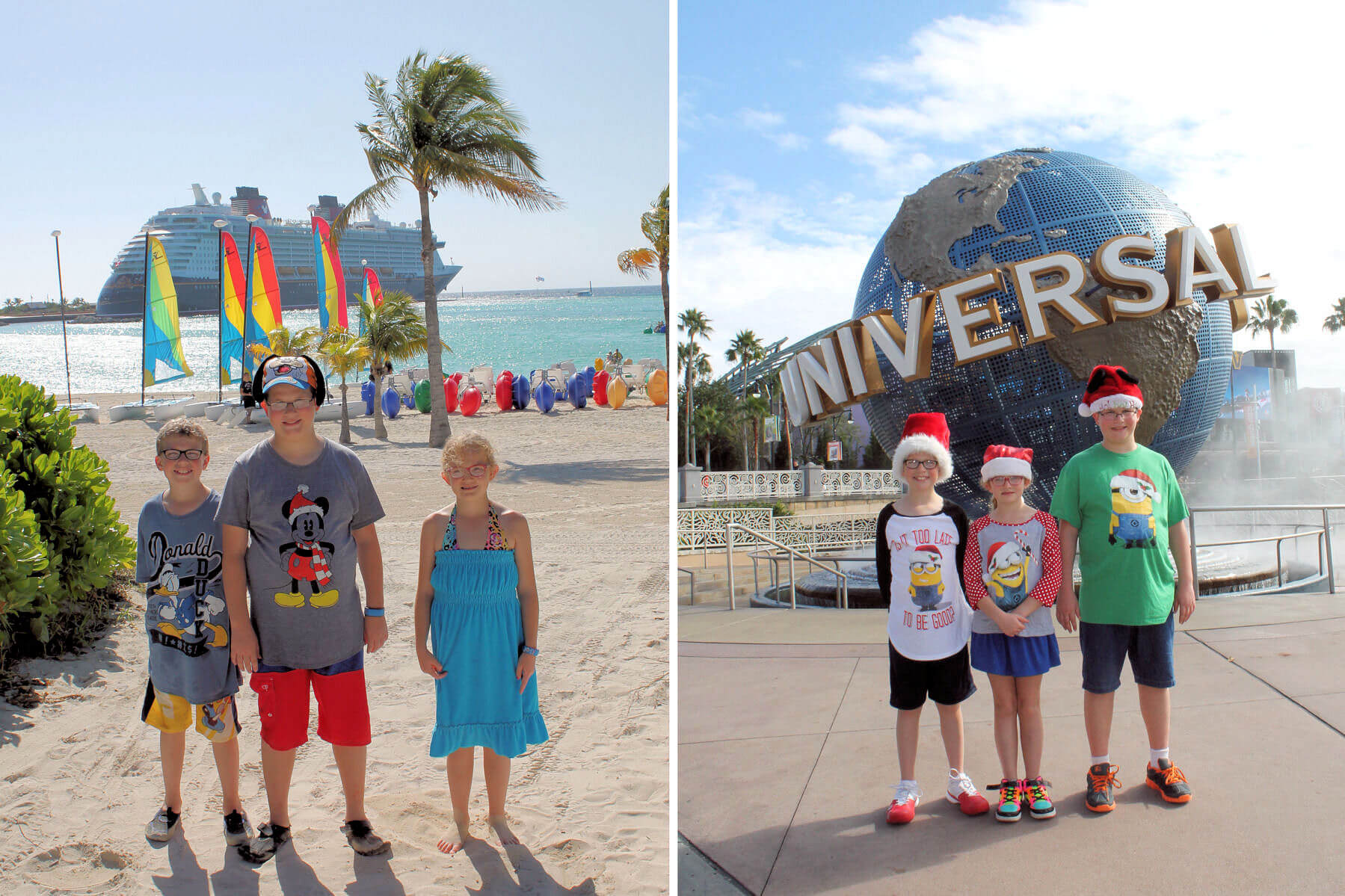 I wanted something with the Disney touch, especially since my kids (ages 8, 10 and 11) are nearing that end phase of childhood where a Disney trip is especially magical—a time when meeting Anna, Elsa, Goofy or Donald Duck is considered the best part of the trip. It's a time where getting character autographs is a major pursuit and eating at a character meal is a highlight, instead of being "embarrassed" at the thought of "cool" friends teasing them for posing with a character. If you find yourself in a similar situation, a great option is a Disney Cruise. We had never taken a cruise before, but it was clear that Disney Cruise Line will help cater to first-time cruisers.

The Disney Cruise line first set sail in 1998 with one ship, the Magic. Since then the cruise line has grown to four ships, with two more ordered for completion in 2022 and 2024. There are many options for cruise destinations and departure ports, but the main option is a three-, four- or seven-night Bahamian or Caribbean sailing departing from the Disney terminal at Port Canaveral, Fl. (about an hour's drive and $7 in tolls from Orlando). The highlight of these sailings is a day at Disney’s private Bahamian island, Castaway Cay! The ships are, in many ways, an extension of the parks with their Disney theming, decoration and design. There are many character greeting opportunities, live shows, kid centered club activity areas, fireworks, and other innovative attractions such as the AquaDuck Water coaster on the Dream and Fantasy ships. The high quality and reputation of the Disney Cruise Line can be seen by the numerous awards and recognitions that it has received from groups involved with the cruise industry.

My family had never taken a cruise before, but the Disney Cruise Line caters to families that are first-time cruisers. We had an outstanding and incredible time on our cruise, and our three kids absolutely LOVED it, especially the kids club. We had a four-day cruise, but are planning on going again for a seven-day cruise to better enjoy all there is available on the ship. One reason for us choosing the four-day cruise was so that we could visit the Universal Orlando Resort and the Kennedy Space Center too. When we have previously visited Orlando, we spent almost all of our time at Disney World. The four-day cruise would allow us to have a Disney experience outside of the parks and yet allow us time to visit a couple of the other world-class attractions in the Orlando area. Some people combine a cruise with their visit to Disney World, but there is so much to do at Disney World that we like to do it as a stand-alone trip. I’ll outline my family’s itinerary, which resulted in a truly memorable vacation and may give you ideas for your own family. If a cruise is something that interests you, be sure to visit and explore the Disney Cruise Line website for all the details.

Get to the port a day ahead of time

With a cruise, you do not want to be late and literally miss the boat. Our cruise departed on a Monday, so we made plans to stay at a local hotel for both Saturday and Sunday night. Doing this allowed us to stop at Disney’s retail and entertainment area, Disney Springs, when we passed through Orlando on Saturday. There's quite a few hotels near Port Canaveral, with more than 20 hotels that participate as a Snooze and Cruise hotel, which offer parking, shuttles or a discount coupon for parking at the Port Canaveral terminal. Another option is to stay at a Disney World Resort Hotel and take its cruise shuttle to the terminal, but it was $75 per person for the shuttle—which would mean $375 for the five of us. 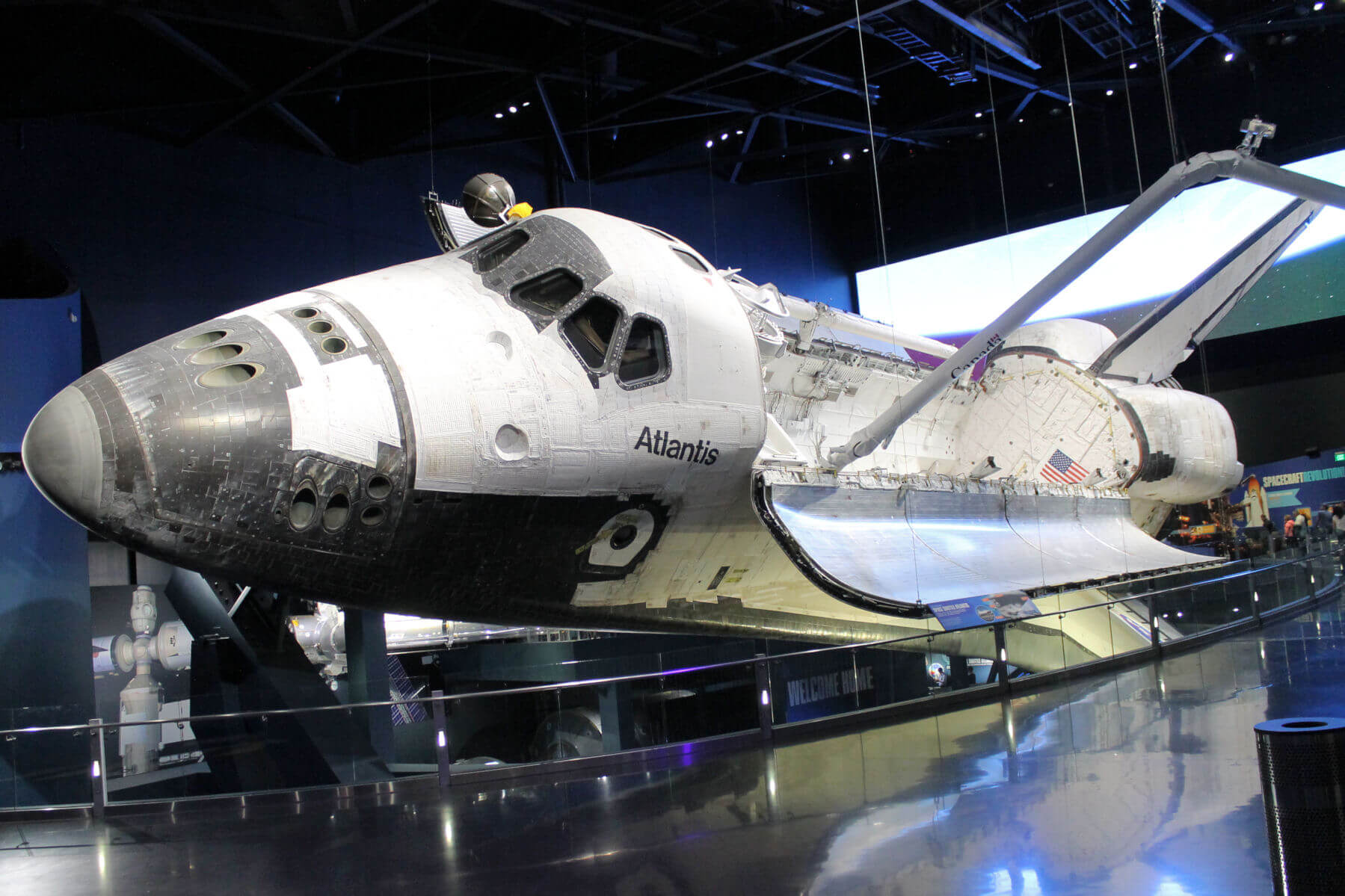 Check out the Kennedy Space Center

The area around Port Canaveral is known as Florida’s Space Coast, due to the proximity of the Kennedy Space Center, which is less than 30 minutes away. You can actually see the Space Center from the deck of the ship when it is in port! Since we were staying in the area, we were able to spend all day Sunday visiting the Space Center. Kennedy Space Center is its own kind of “magic kingdom,” especially for anyone interested in the United States space program. It is home to many historic and unique items, ranging from small lunar samples to the massive Saturn V rocket that helped transport the Apollo program’s astronauts to the moon. A fairly recent addition is a $100 million facility covering the Space Shuttle program and displaying Space Shuttle Atlantis. It was one of the best highlights of our trip and is a fascinating place to visit. You can get discounted tickets and find out more about the Space Center here from Undercover Tourist.

With the cruise and the wonderful Orlando attractions, this ended up being a truly memorable trip for us. It was incredible to see Disney's magic at work in a setting outside of the parks and experience Universal Orlando for the first time. We experienced the magic of Disney in a different setting on a magnificent cruise ship and at Disney’s private island. We delighted in the characters and attractions at Universal’s parks for the first time. Learning about the U.S. space program at the source of most of its history certainly was incredible as well. If I had never been to Disney World before, I would have picked visiting the parks over the Disney cruise. However, having recently been to the parks and with another trip planned, the Disney Cruise was an outstanding complimentary trip.

Have questions about Disney Cruises or how to fit it in to your Orlando vacation? Share in comments below!