At this time, the Jedi Training Academy experience is unavailable at Disney's Hollywood Studios. Stay tuned for updates on when the Force is awakened and young padawans begin training again! 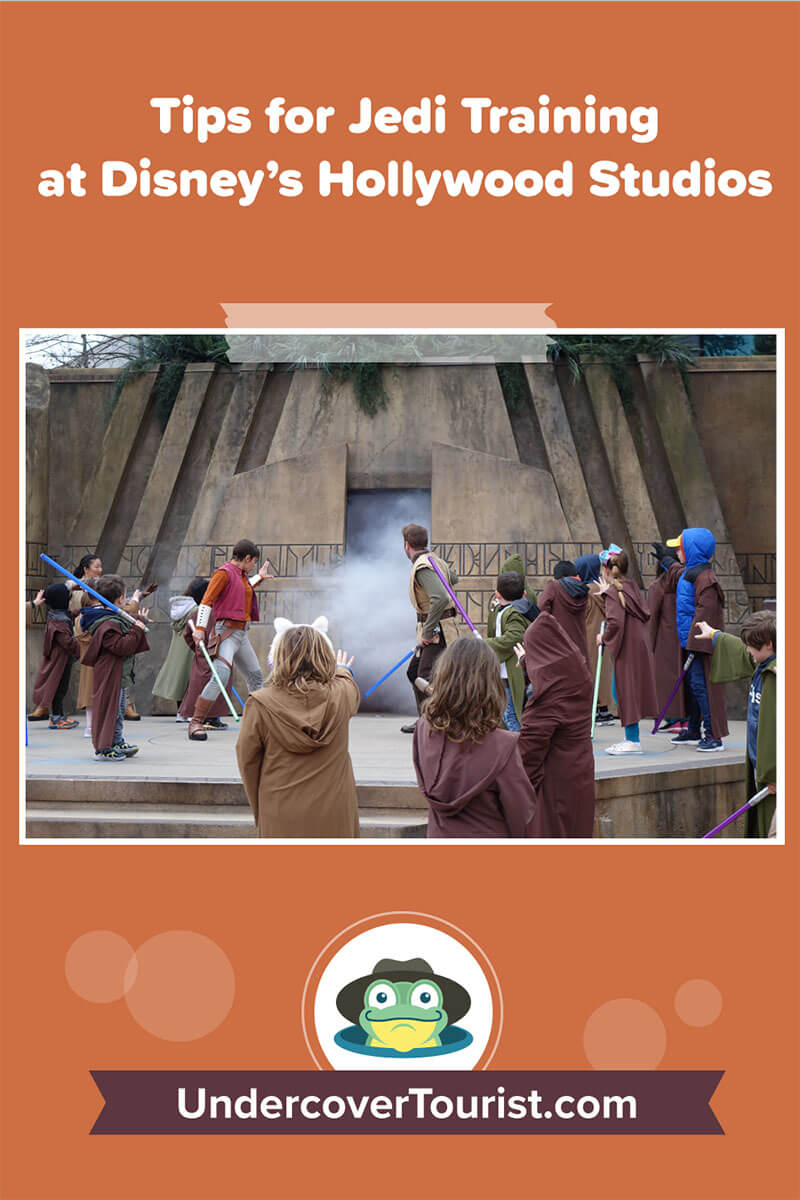 May the Force be with you ... at Disney's Hollywood Studios. With the opening of Star Wars: Galaxy's Edge, you can now visit Batuu to pilot the Millennium Falcon, drink blue milk, build lightsabers and more! But let's not froget about Jedi Training: Trials of the Temple. This "Star Wars" show, which allows children ages 4 to 12 to train as a Jedi, has been around for a number of years and is still as popular as ever. Each show can accommodate 32 children, and there are about 15 shows per day. However, the total number of available slots is still limited and can fill up quickly. If this is something that would appeal to your young "Star Wars" fan, here are all of the toadally out-of-this-world details on the show, plus tips for participating in it.

What Is Jedi Training: Trials of the Temple?

Unlike many other aspects of Disney which allow you to make reservations weeks or months in advance, you register for Jedi Training Academy at Disney's Hollywood Studios on the day of your visit. Jedi Training at Disney World is an incredibly popular experience and an absolute must for any "Star Wars" fan ages 4 to 12. It costs nothing extra beyond park admission to be a part of this 15-minute show. The show's stage area is next to the entrance to Star Tours - The Adventures Continue. 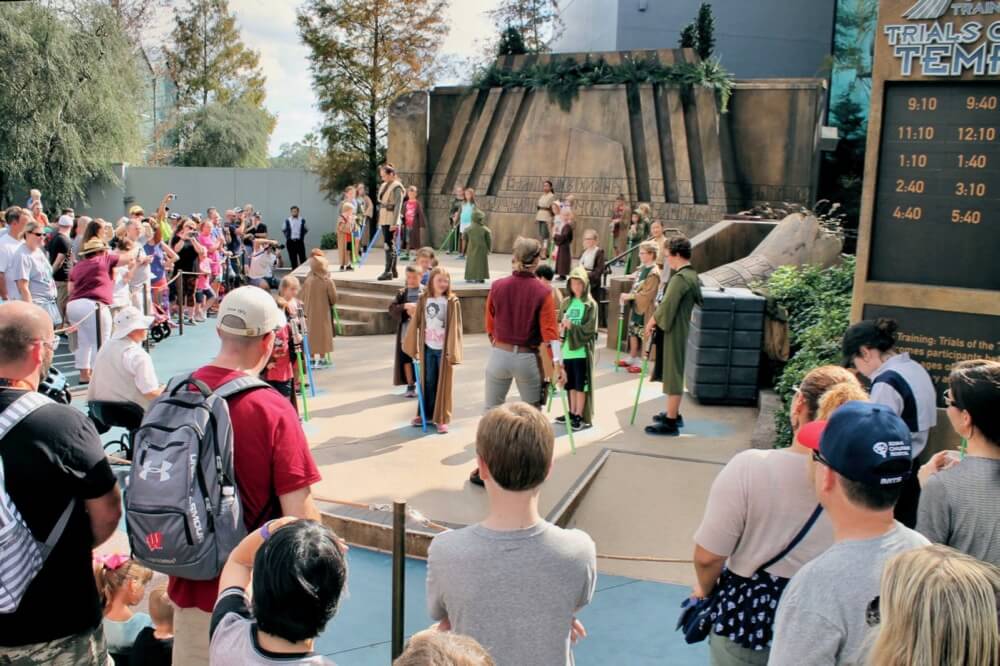 The show consists of a Jedi Master and several assistants that lead 32 participants through basic Jedi training. The Padawans wear Jedi robes and are broken up into two groups, with 16 being led to a raised platform level, and 16 on ground level. There are marked spots for each child to stand upon. Once everyone is in place, lightsabers are handed out.

The younglings are taught basic lightsaber tactics as a group. After learning this, the children and the Jedi trainers work together to open the Jedi Temple doors at the back of the raised stage. With the doors opened, their fears are manifested as Darth Vader and Kylo Ren appear. The younglings must face their fears and engage in a lightsaber duel with Darth Vader (those on the raised stage) or Kylo Ren (those on the ground-level stage). 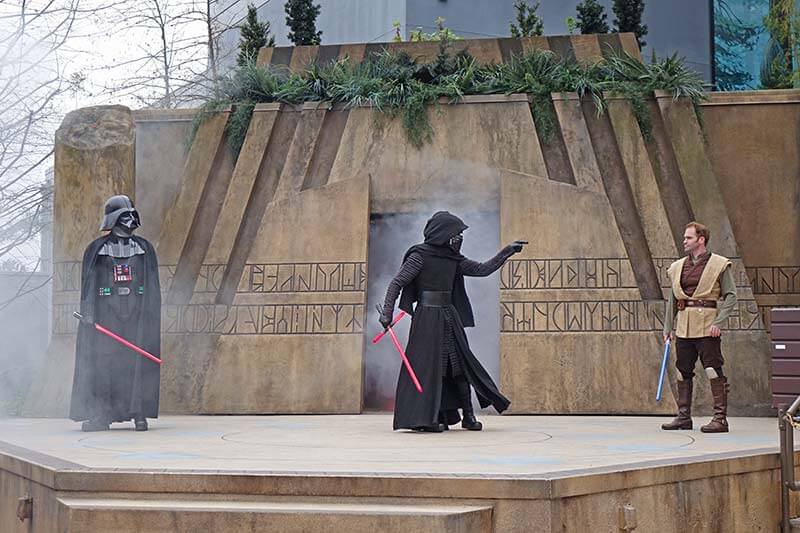 The younglings and Jedi trainers are successful in overcoming and defeating their fears, driving Darth Vader and Kylo Ren back into the Temple. With order restored and training completed, the younglings are presented to the audience (a great photo-op for momma and papa frogs) before they return their robes and lightsabers.

How to Sign Up for Jedi Training at Disney World 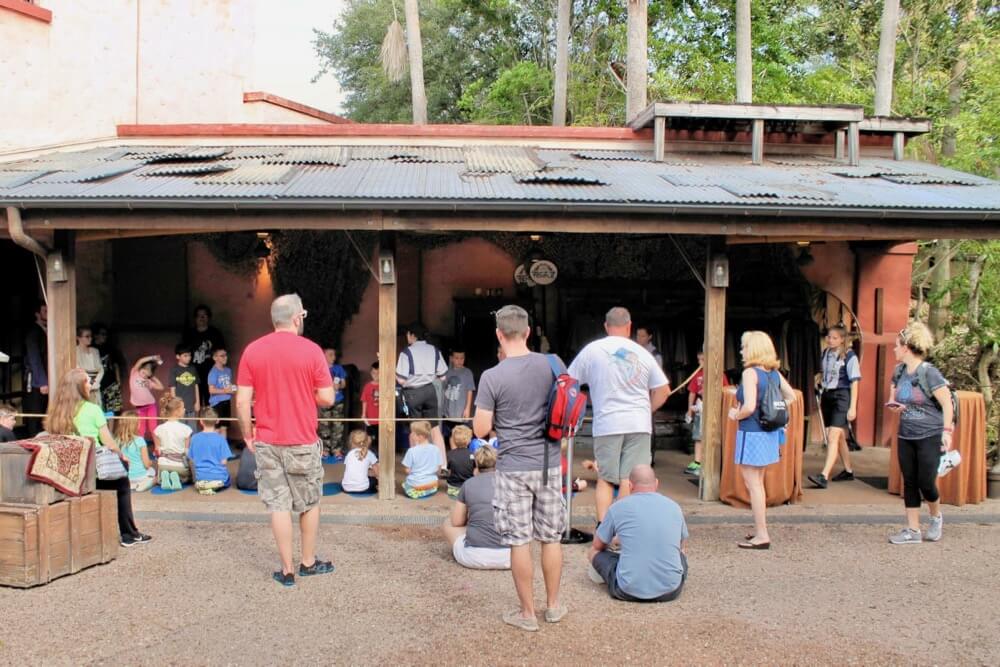 Anyone who wants to participate must arrive at Disney's Hollywood Studios early and make show registration their first stop of the day. To ensure spots for my children, we arrived at 8 a.m. to make it through the security check and be near the front of an entrance line on a crowd level 5 day (be sure to reference our Crowd Calendar before your visit). This was not an Extra Magic Hour day, and the park was scheduled to open at 9 a.m. However, they started admitting people into the entrance area of the park about 8:25 a.m.

As soon as we entered, I headed directly back toward the Indiana Jones Adventure Outpost for registration. A sizable crowd was going the same direction. Prior to reaching the Outpost, in front of the Hollywood and Vine restaurant, Disney cast members were organizing people into a line. After a few minutes, we walked back to a queuing area that led to registration. In order to register, the participating child(ren) must be present. There are a number of Disney cast members to register people and once it is your turn, you select a showtime and give them information on the children participating in the show. 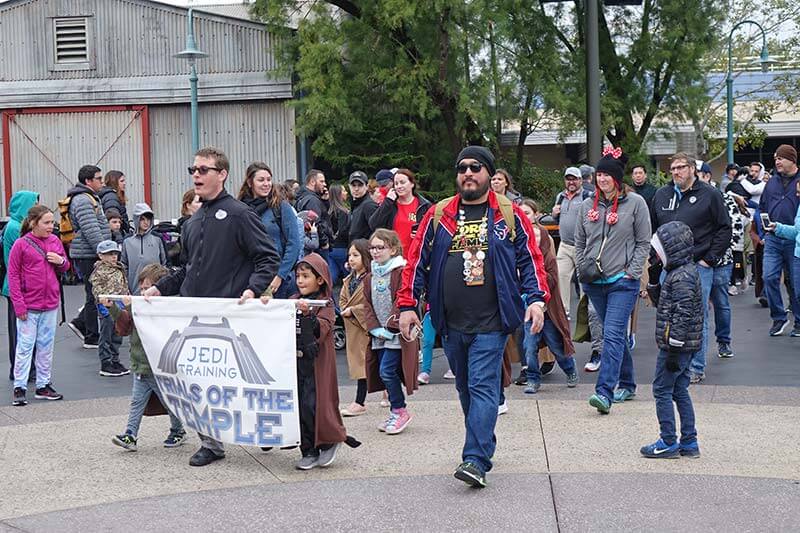 Later, you return to the Indiana Jones Adventure Outpost 30 minutes before your designated show time. After checking in, there is a shaded area with spots marked for the kids to wait on. They receive their Jedi robes, break up into two groups and line up shortest to tallest. A few minutes before showtime, the two lines follow behind a Jedi Training banner and make the short walk to the show. After the Jedi training ends, the children turn in their lightsabers and robes and rejoin you after successfully passing the Trials of the Temple. 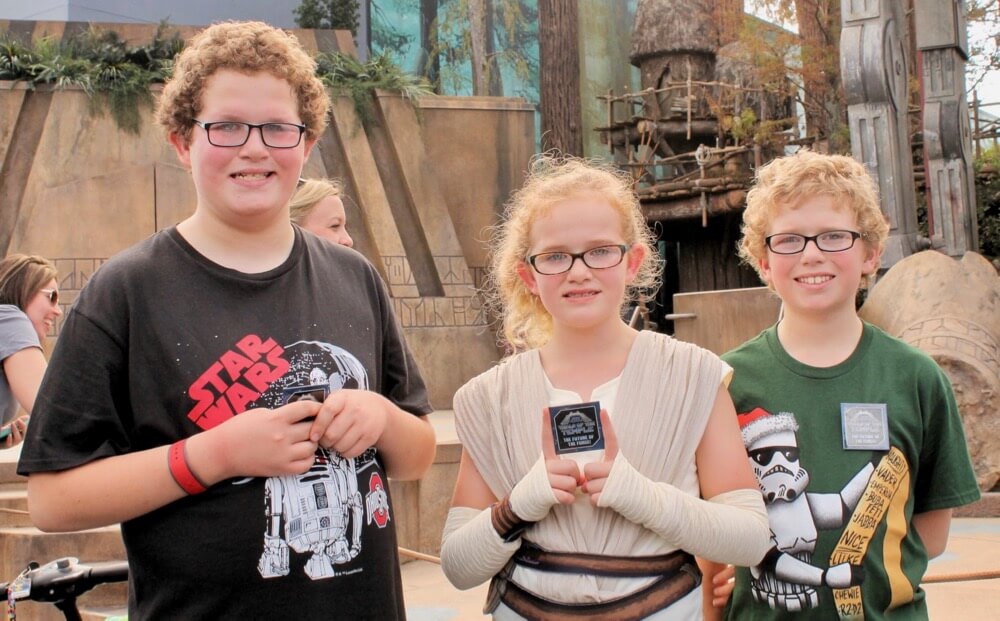 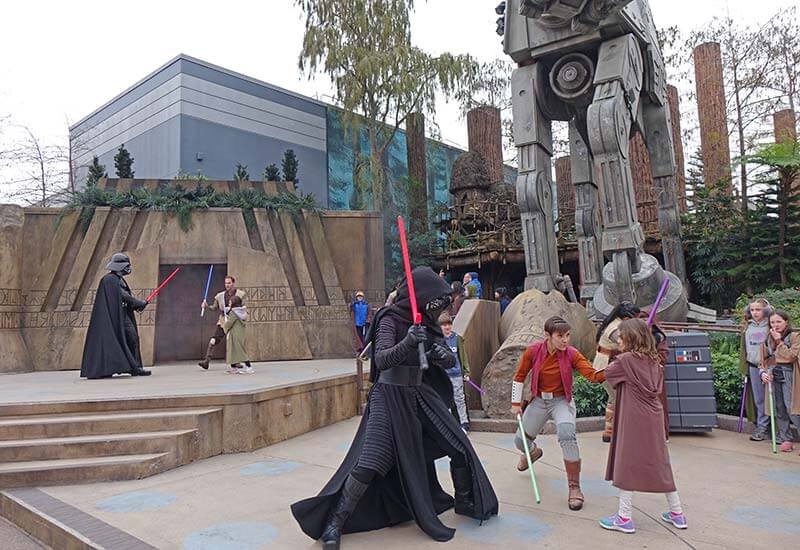 What questions do you have about Jedi Training at Disney World? Have a tip we didn't include? Share them in comments below!