How to Make the Most Out of Disney After Hours Events — Tickets Now on Sale for 2023!

'Sup! Tad here. Free, unlimited popcorn and ice cream plus staying up super late is basically my jam, so I toadally love attending Disney After Hours Events. While previous years' events took place at Magic Kingdom or Animal Kingdom, in 2023, After Hours events will be offered at Disney's Hollywood Studios — Galaxy's Edge, here I come! Black Spire Outpost will be open to guests after hours, including access to Rise of the Resistance. Get ready for those nighttime Millennium Falcon and lightsaber photos! In this guide, we cover everything you’d need to know, so you can decide if an After Hours event would be a good fit for you — as well as our top tips for attending. (Psst ... tickets are on sale now — save some extra green by purchasing through your favorite frogs!) 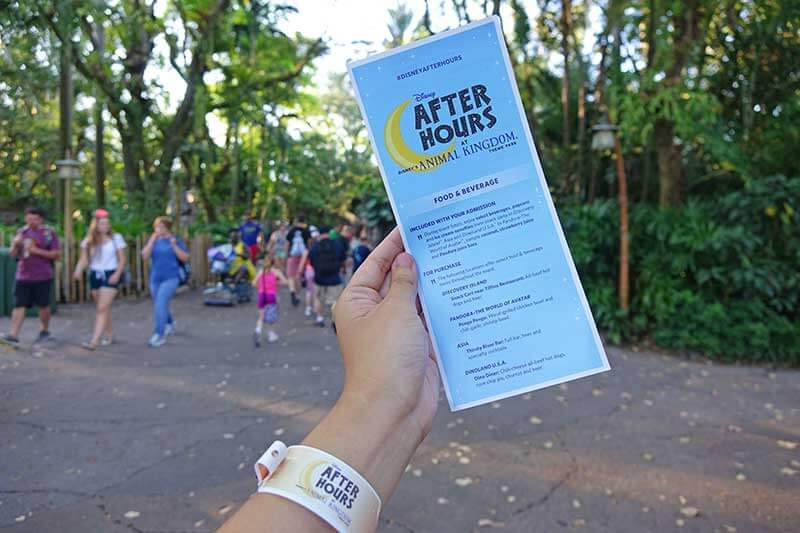 First appearing in 2016, Disney After Hours events turn Disney World parks into a whole new world. You get to see the parks come to life under the stars, and you don’t have to deal with large crowds or the mid-day Florida heat. It’s a win-win! On the other hand, Disney After Hours is a time-limited, separately ticketed event, so you also have to consider whether it’s right for your schedule and budget.

Disney After Hours events allow guests to stick around the participating parks after normal park hours with limited crowds. Yipee! That means you’ll encounter little-to-no lines while you wait for rides, character meet-and-greets and other experiences at the parks. Plus, you'll get complimentary popcorn, ice cream and bottled beverages throughout the night!

These three-hour nighttime events typically happen during non-peak periods, and batches of dates are released throughout the year. These events are first returning to Disney's Hollywood Studios and Magic Kingdom in spring 2023.

They may have a similar name, but it’s important to point out that Disney After Hours events are NOT the same as Extended Evening Hours. The extended evening theme park hours are a new benefit for Disney Deluxe Resort hotel guests that allows them to stay in a park a few hours later than normal park hours. This offering is exclusive to deluxe resorts and does not require a separate purchase beyond valid park admission, unlike Disney After Hours events.

Discount Disney After Hours tickets are on sale now!

Tickets are on sale now! Undercover Tourist tickets for Disney After Hours events range from about $130-$140 per person, plus tax.

Arriving at Disney After Hours Events 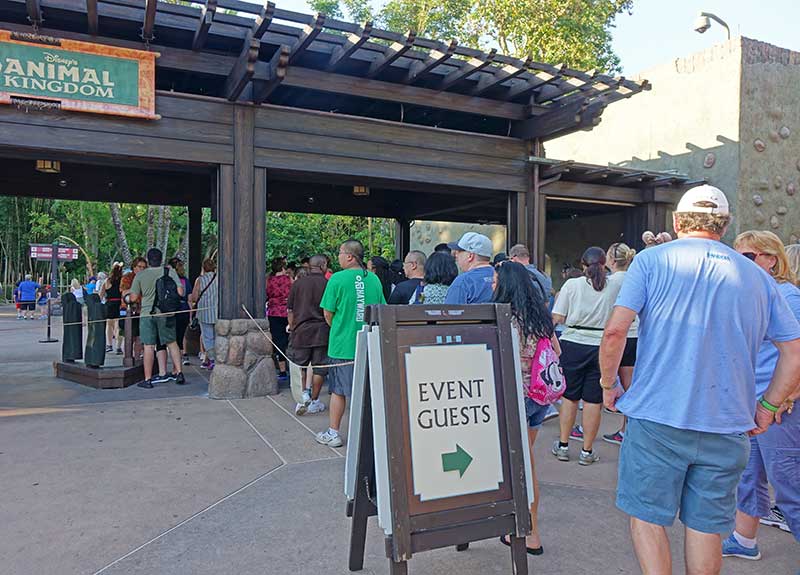 Even though Disney After Hours officially starts sometime between 9 p.m. or 10 p.m. (depending on the event), event guests are able to enter the parks as early as 7 p.m. You’ll definitely want to take advantage of that extra time! If you'd like to enter before then, you’ll need regular park admission and a theme park reservation.

If you arrive at (or after) 7 p.m., a cast member will give you a special event wristband when you check in at the entrance. But if you have regular park admission and you’re already inside the park for the afternoon, you won’t have to go all the way to the entrance. There are stations inside the park with cast members distributing wristbands. Just be on the lookout for special event signs!

Once the park closes, guests without wristbands are directed toward the front to exit the park. Expect some overlap, especially near the front of the park as they are leaving at the beginning of the event, but the process happens fairly quickly.

Disney After Hours Rides and Entertainment

As one of the most significant perks of Disney After Hours, you’ll be able to hop right onto your favorite rides with no — or very short — lines. However, it’s important to note that while most rides will be available, not all attractions will be open during the event.

Below, we've detailed what was open at Magic Kingdom during previous events, as well as those that are confirmed to return for 2023 at both Magic Kingdom and Disney's Hollywood Studios.

Confirmed attractions  for 2023 include:

And hopefully, more to come!

Character meet-and-greets are also available at every After Hours event. However, character greeting locations may be limited. At Magic Kingdom, you could meet the princesses at Princess Fairytale Hall in previous years. You can expect that character greetings will be more limited during the party than in daytime hours, so if characters are a priority, hop to it during that early entry period!

While exploring the park after hours, you’ll definitely crave a late-night snack. Included in the cost of event admission, unlimited ice cream treats, popcorn and select beverages (bottled water, Sprite, Coke, Diet Coke) will be available at carts stationed throughout the park. Most table-service and quick-service restaurants will be closed, but some select locations may remain open. 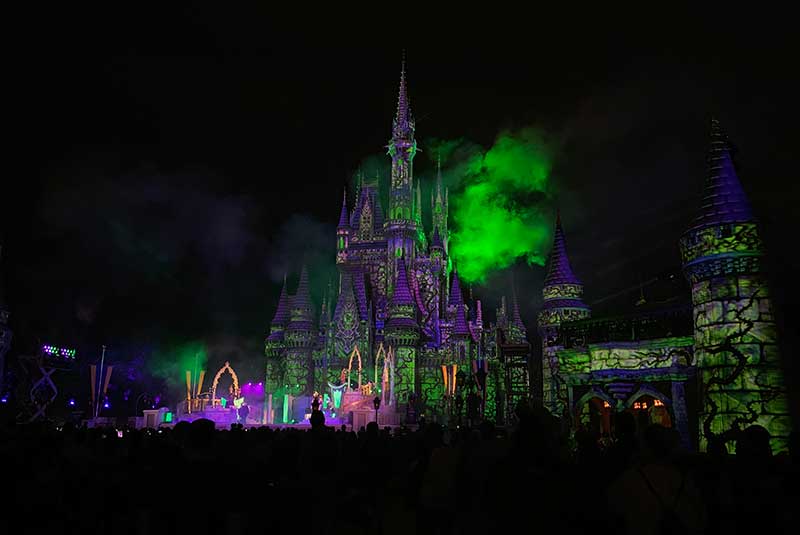 Disney introduced a wicked twist to the After Hours events in summer 2019. At Magic Kingdom, malevolent music and frightful lighting took over the park as Disney Villains took centerstage! Like any other After Hours event, guests had exclusive three-hour access to over 20 attractions after the park closes, but the event also featured a special stage show, a character cavalcade, a live DJ and specially themed ride overlays. The spooky event returned in spring 2020, as well. No word yet on if this themed event will return in the future.

Tips and Strategies for Disney After Hours Events

Here are our top tips for attending Disney After Hours events: 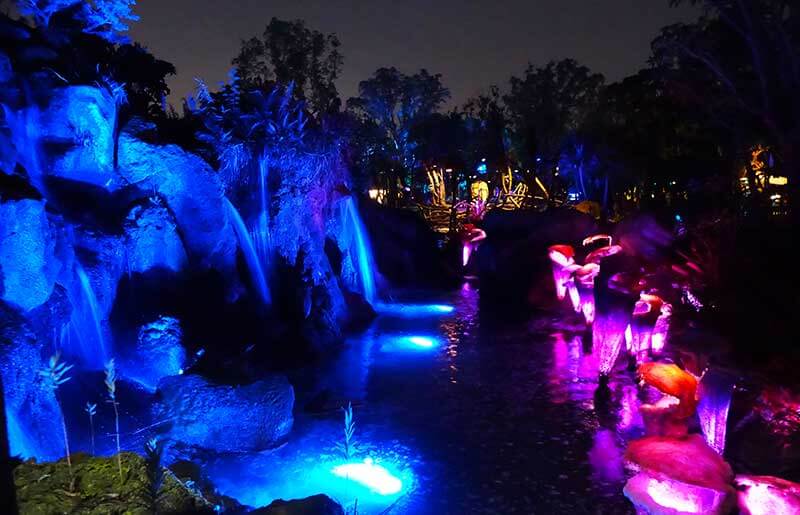 Is Disney After Hours Worth It?

We’ve laid out all the details before you, and now it’s time for you to decide. Whether Disney After Hours is worth it truly comes down to whether it’s right for your family, schedule and budget. To sum it all up, these are the main pointers to consider.

After Hours could be a good fit if ...

After Hours might not be a good fit if ...

Overall, you're bound to have a great time in a nearly empty park with unlimited snacks no matter which event you choose!

If you're ready for a fun night at the parks, be sure to get your Disney After Hours tickets before they sell out. Have any questions? Ask away in the comments below!

Related: All the Glimmering Details of Disney H2O Glow Nights