Our Favorite Ways to Beat the Heat at Disney World

With tadpoles out of school, many frog families tend to plan Disney trips during their summer vacations. Orlando is located in the middle of Florida, which has a warm, subtropical climate year-round. Although the heat is at its highest over the summer months, it can get hot year-round. Never fear, you can beat the heat at Disney World if you plan and strategize accordingly. We’ve gathered all our knowledge about Florida’s higher temperatures and humidity in this post! 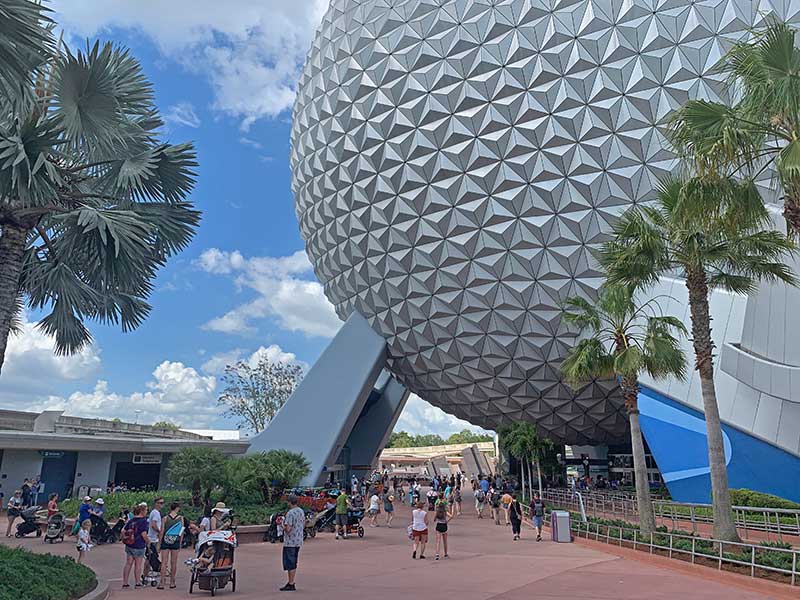 Florida’s nickname is the Sunshine State, so it shouldn’t come as a big surprise that it can get HOT out under the sun. As mentioned, the weather is consistently warm year-round, even during the winter months. During the winter season, high temperatures average around mid-70 degrees Fahrenheit with occasional cold snaps. Meanwhile over the summer season, high temperatures steadily reach the low to mid 90 degrees. On top of the heat, there are also high humidity levels, which makes it feel even hotter! So you definitely want to prepare!

How to Pack for the Heat

Packing for a warm, humid climate can be tricky, particularly if you don’t quite know what to expect. But rest assured, if you keep these items in mind, you’ll be able to handle the Florida heat!

SUNSCREEN IS A MUST. The sun can be brutal, and you don’t want to regret not wearing sunscreen later. While you may look funny turning as red as a lobster, sunburn is no laughing matter. It hurts and can easily ruin a trip. We highly recommend bringing a tube or spray bottle with you instead of buying on Disney World property. But you shouldn’t have any trouble finding sunscreen at the parks and resorts if you run out or froget. Apply in the morning and slather up throughout the day.

Protect your face and eyes from the bright rays. A simple baseball cap or visor will do just fine with keeping the sun off your face. Keep your favorite pair of fancy sunglasses home, so you don’t have to worry about losing them. You can always find a cheap pair at a local store.

You’ll want to stick to lightweight, quick-dry clothing because of the high humidity. Thick fabrics such as cotton or denim won’t let your skin breathe as easily as moisture-wicking material will. It may not be as fashionable, but we’d choose comfort over style when it comes to picking park outfits.

It may seem like more of a luxury item than a necessity, but honestly, you won’t be disappointed if you bring one. When Tad and Lily (and even Leap) complain about being too hot, I just spray them down.

One of our best tips is soaking a cooling towel with cold water at the start of the day and wearing it around your neck. (You bet one of our favorites is the Chilly Pad from frogg toggs.)

Tips to Beat the Heat at Disney World 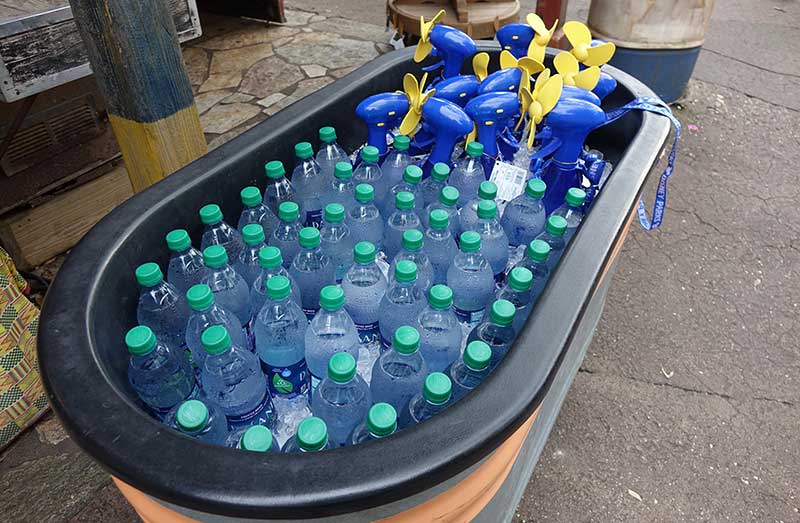 Staying hydrated is our most important tip for surviving the heat at Disney World. Dehydration and other heat-related illnesses are common ailments that visitors face while they’re at the parks. It’s tempting to quench your thirst with an ice-cold soda or a frozen margarita, but sugary and alcoholic drinks can leave you further dehydrated. So if you do indulge in these types of drinks, make sure you’re still drinking at least an equal amount (preferably more!) of water. Pack reusable water bottles for every frog in the family, so you can fill up throughout the day instead of constantly buying pricey bottled water. Quick-service restaurants also provide free cups of water if you simply ask.

It’s easy to get caught up in planning your trip, as you attempt to squeeze in as much as possible. Be sure to schedule short but frequent periods of downtime during the day, or be flexible enough to stop while you’re at the parks, to allow everyone to take a breather. You know what those wise old frogs say, “It’s a marathon, not a sprint.”

3. Visit the parks in the mornings and evenings.

Rise and shine, morning frogs! We like using this strategy occasionally when the hot temperatures become too much in the afternoon. Arrive at the parks early in the morning, and make time a longer break later in the day. Not only you’ll miss the hottest part of the day, but you’ll beat the crowds and possibly miss a thunderstorm. Florida is known for its quick afternoon summer showers during its rainy season. Take the time to get some rest back at your hotel and recharge. Then you’ll be ready for dinner and continuing the fun through the night. 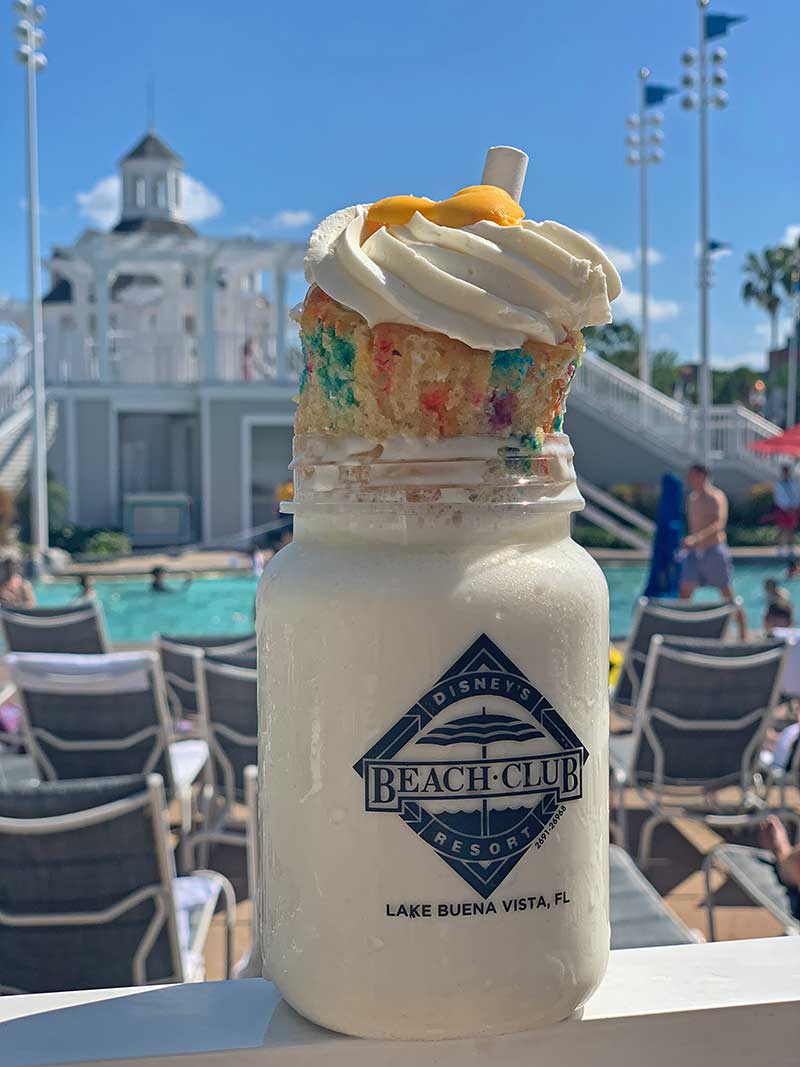 When we say eat cool snacks, we mean it both literally and figuratively. Seize the photo op for your Instagram-worthy treats and let them cool you down after you snap that perfect shot. Our froggy favorites include the classic Dole Whip and Mickey ice cream bars. Also, Disney constantly comes up with creative ice cream desserts, specially around times of celebrations for holidays or new movie releases. It’s the perfect excuse to eat ice cream!

5. Go on water rides, or hang out at splash pads.

Hopping on water rides is our favorite way to cool down! You don’t have to sacrifice any ride time, and you can escape the heat as you get splashed (or soaked). The ride with the highest chance of getting wet is the river raft ride, Kali River Rapids, in Animal Kingdom. You can’t miss Splash Mountain at Magic Kingdom either. As you walk around the parks, you may come across misting stations or splash pads. Chill out for a few minutes before you continue on your way. The tadpoles would especially enjoy Casey Jr. Splash ‘n’ Soak Station in Fantasyland at Magic Kingdom … and we wouldn’t blame you if you joined in.

6. Swim at your resort’s pool or a Disney water park. 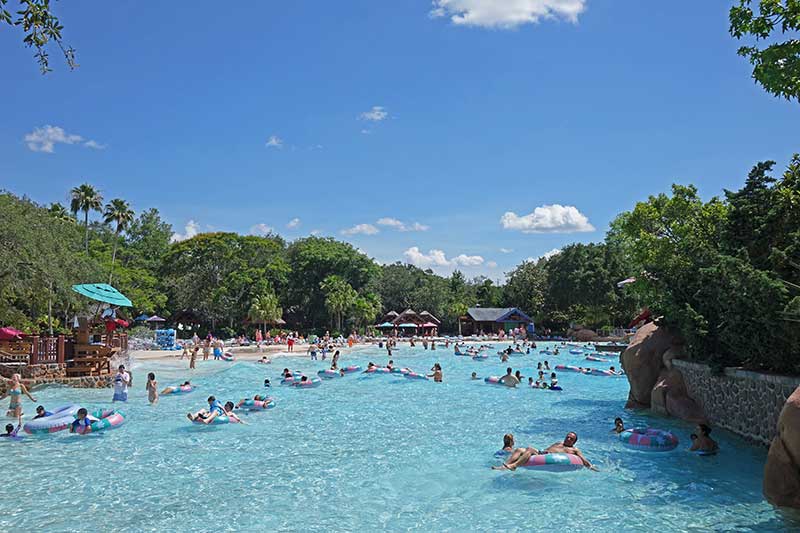 Whether it’s catchin’ waves at Disney’s Typhoon Lagoon Surf Pool or lounging by the pool at your hotel, cool off with a swim! It’s definitely worth making a trip to either Typhoon Lagoon or Blizzard Beach (or why not both?), which you can do with the Park Hopper Plus Option ticket that allows access to all four parks and the two water parks. Each water park has a uniquely themed set of attractions that cater to all members of the family.

Don't froget to plan some park downtime to take advantage of the hotel pool that’s right downstairs! All of the Disney resorts have fabulous pool areas with at least one large, themed feature pool. We’ve even ranked our favorites.

Fortunately, many of the rides, restaurants, shows and shops are indoors and #blessed with air conditioning. It’s nice hopping from one spot to another knowing that you’ll get some relief from the heat. Another strategy is to book a dining reservation during the hottest parts of the day and eat leisurely. This always gives us time to reflect positively on the day so far and plan out what to do next. Spend some time souvenir shopping, as well. Many gift shops near the front of each park are interconnected, so you don’t even have to step outside as you move from store to store.

Don't let the summer heat keep you from having fun. Have you figured out any other ways to beat the heat at Disney World? Share in the comments below!

Related: Best Time to Visit Disney World and Universal in 2019 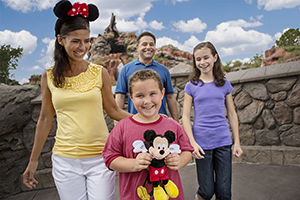 SAVE $42 vs Adult gate price 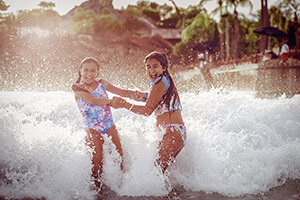