Disneyland Magic Morning (Returning Summer 2022!) When to Use and When to Avoid

A note from Leap: Disneyland Extra Magic Hour and Magic Morning are temporarily unavailable, but an early entry benefit for hotel guests will return in summer 2022! We'll update this post when we know more about this benefit. In the meantime, you can brush up on how this perk worked in the past in the post below! Hop over to our Disneyland reopening post for the latest news, and our guide to Genie+ at Disneyland, to learn about this new paid service, which replaces the retired FASTPASS and MaxPass services. 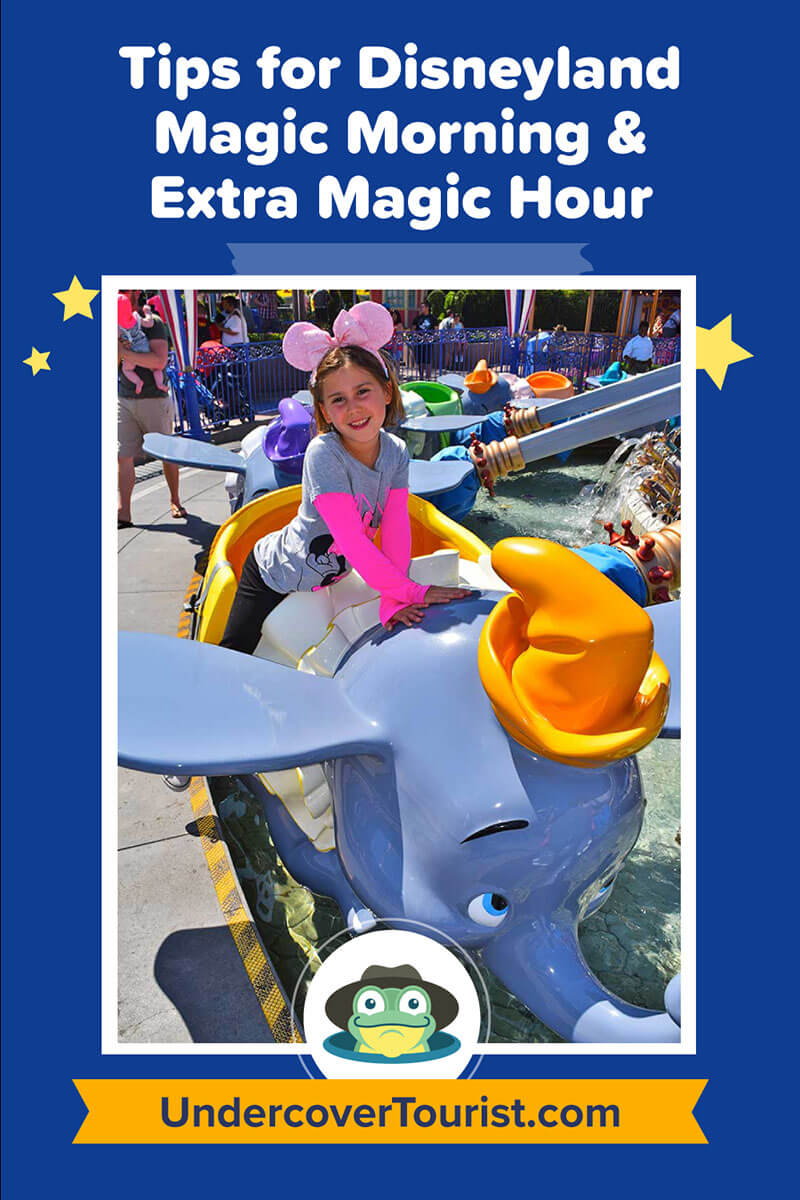 Each day at the Disneyland Resort, one of the two parks opens an hour early for registered Disneyland hotel guests. For three days a week, Disneyland Park opens one hour early for select ticket holders. For all of the years we've been Disney frog-natics, we've learned the best ways to get the most from these early entry hours. We also have a few tricks in our froggy packs on how to avoid heavy crowds during these times. Disneyland has two categories of early entry: Disneyland Magic Morning and Extra Magic Hour. These hours affect everyone, so even if you do not have early entry privileges, it is important to read our tips for maximizing your time in the parks by working around them. 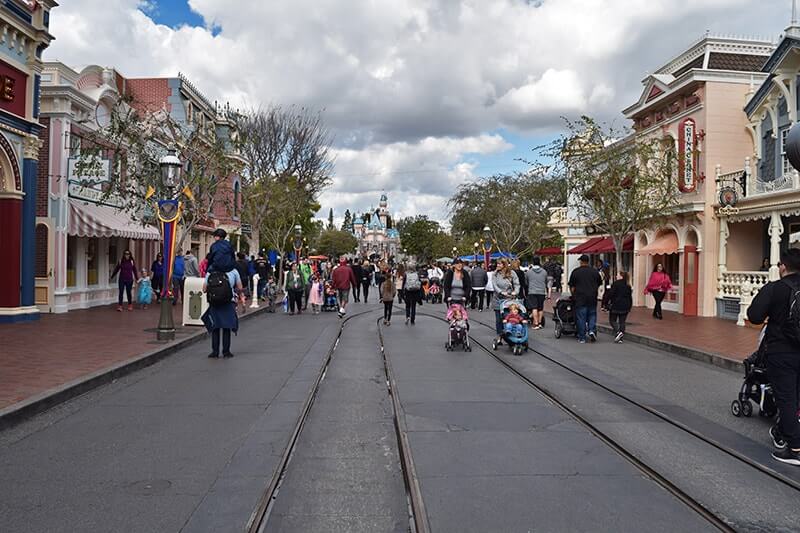 What is Disneyland Extra Magic Hour?

During their hotel stay, registered Disneyland hotel guests have the privilege of entering one designated park one hour before opening. Only select stores, restaurants and certain lands of Disneyland may be open during this hour. Guests need to show their hotel room key to get access to the park. There are designated turnstiles to enter for Extra Magic Hour. Other park guests may use the regular turnstiles to enter the park early, as well (usually about 30 minutes early). But they cannot make it past the ropes until the park officially opens for the day. When the park opens, the ropes drop and all guests have full access to the parks. Park ticket admission is required for Extra Magic Hour. Extra Magic Hour is available each day of your hotel stay. It's valid even on check-in day if guests arrive early enough! 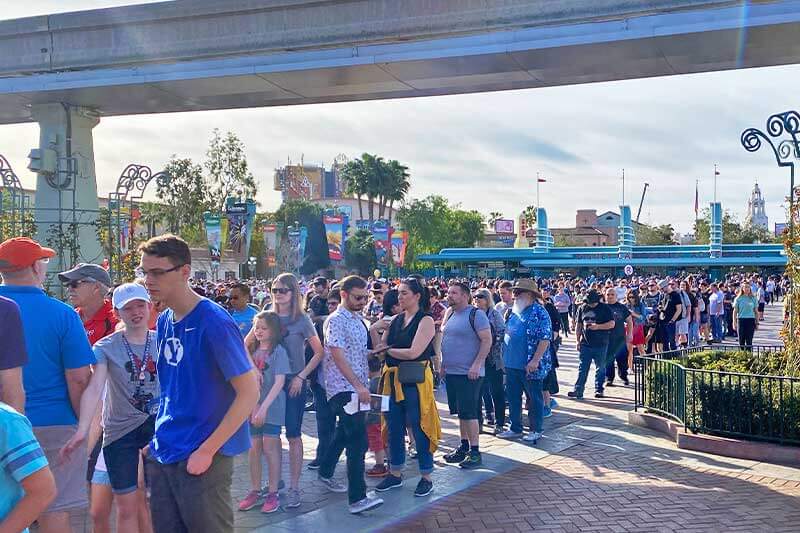 Disneyland Extra Magic Hour currently falls on Tuesdays, Thursdays and Saturdays, with access to Fantasyland and Tomorrowland attractions. You cannot gain early access to Star Wars: Galaxy's Edge with a Disney hotel reservation. Star Wars: Galaxy's Edge is not available during Extra Magic Hour or Disneyland Magic Morning. If, however, you have a reservation for Oga's Cantina, Savi's Workshop or Droid Depot right at park opening, you can enter the park early so you can get to your reservation. Arrive about 25 minutes early with your reservation confirmation. Look for the special turnstiles (they may be all the way to the left, about turnstile number one) where you can enter.

What is Disneyland Magic Morning?

How does early entry affect crowds? 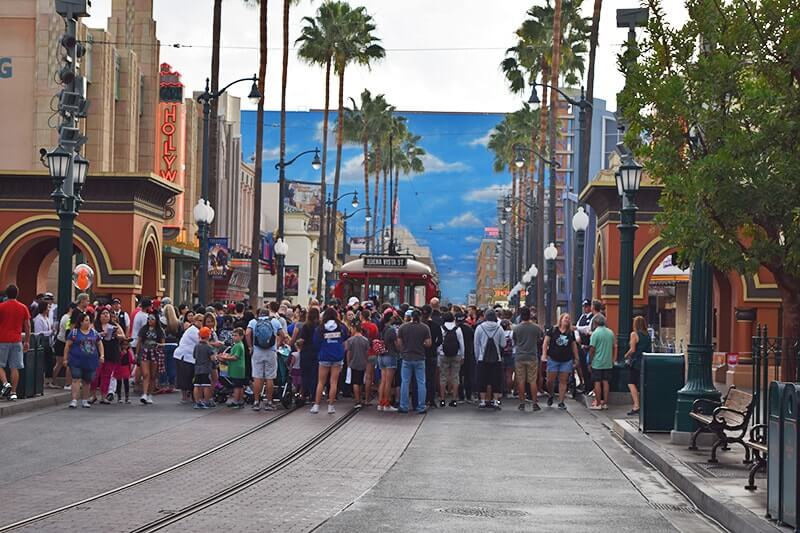 Disneyland Extra Magic Hour and Disneyland Magic Morning do affect crowd levels, although not as strongly as Extra Magic Hours do at Disney World (more on this below). Quite simply, the park that holds the early entry is more crowded at park opening and throughout the day than it is on days that it does not have an early entry option. The early hour is not crowded, but people without park hoppers flock to that park and stay there, so it just happens to draw more people. Once regular ticket holders enter the park, it fills faster than the other park. The California Adventure Extra Magic Hour may not be as crowded as Disneyland Park, because only Disney Resort hotel guests have access during that hour.

While resort guests do not have to head to the park with the Extra Magic Hour, many think that is where they are supposed to go. And if you are a resort guest, you can do a lot within that morning Extra Magic Hour if you ride the most popular rides with the shortest durations. After all, it is the least busy hour of the day! 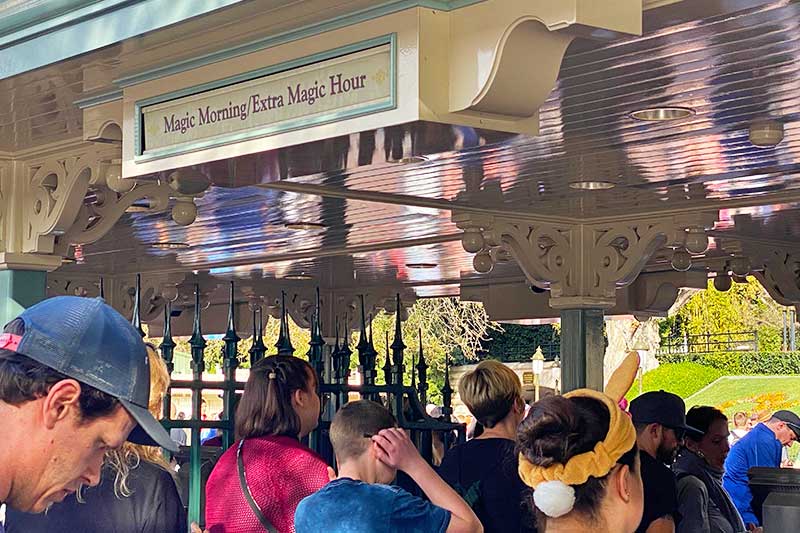 For those of you who are familiar with Extra Magic Hours at Disney World, it is important to note that the Disneyland Extra Magic Hour and Magic Morning do not have as much impact on crowds. There are several reasons for this. First, there simply aren't that many official Disneyland hotels, and thus not as many Disneyland hotel guests. Second, because park hopping is cheaper at Disneyland (especially for multi-day tickets) and the parks are right next-door to each other, many more people hop between parks versus staying in one park per day. Third, because there are so many other LA attractions, and Disneyland has only two parks, many people visit for a day or two versus the three required to qualify for the Disneyland Magic Morning benefit.

An exception to this is during times between mid-January and about mid-May, when locals can purchase a Southern California 3-day ticket that gives them one Magic Morning (Magic Morning is not included in 2022). 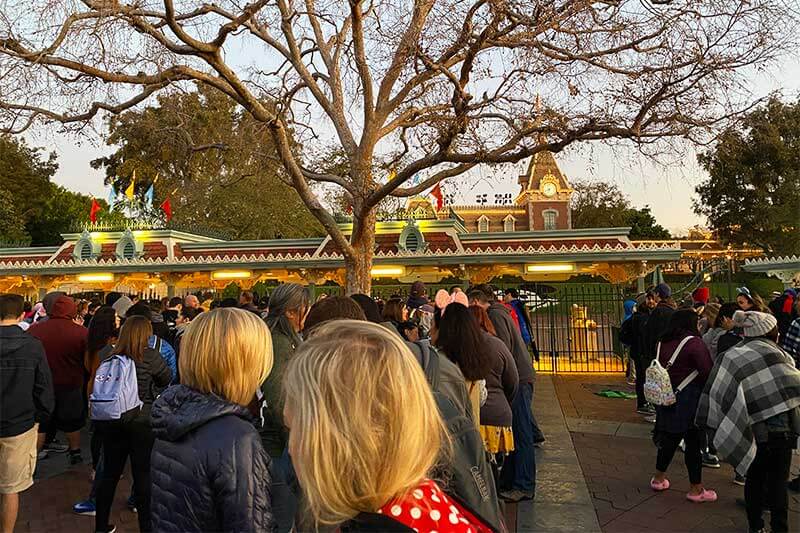 On Magic Morning and Extra Magic Hour days, which are usually Tuesday, Thursday and Saturday mornings at Disneyland, you have huge early entry crowds along with the regular crowds. People without Extra Magic Hour or Magic Morning access may have an easier time getting in the park by avoiding these early entry days for Disneyland. But that is only the case for early arrivals.

You want to find the correct entrance for you. And the turnstiles offering early entry aren't always in the same place. Look at signs above the turnstiles. Some of them will be marked for the Extra Magic Hour and Magic Morning guests. These are usually the right half of the turnstiles. After the bulk of the early entry guests enter, many of those lines switch over to allow in the many guests trying to enter before park opening to get a Boarding Group. This may happen about 30 minutes before park opening time (it can vary, so be flexible and keep your eye on it). Lingering near that area can mean getting a jump on the shorter lines once the cast members make the switch and open more turnstiles to guests without early access. It may not happen at all if the lines stay long until park opening.

What is Extra, Extra Magic Hour?

Sometimes, Disneyland Resort offers an Extra, Extra Magic Hour at the end of the day for Disneyland Resort hotel guests. It is rare, but when it occurs, it is during a peak time such as summer or after a new, popular attraction has opened. They offered Extra, Extra Magic Hour in summer 2017 for hotel guests to ride Guardians of the Galaxy — Mission: BREAKOUT! after the park closed for the day. In 2019, there were a few opportunities for Annual Passholders to stay in Disney California Adventure or Disneyland on certain nights for one hour after park closing to ride a certain ride.

When to Use Disneyland Magic Morning or Extra Magic Hour

If you are concerned about getting to the front gate early enough, at times, some of the hotels on Harbor Blvd. across from Disneyland allow you to park in their lots (for a fee similar to Disneyland lots). It's subject to availability, but can save you a lot of time.

There are certain circumstances when you should avoid the park with Disneyland Magic Morning or Extra Magic Hour. Here are those times: 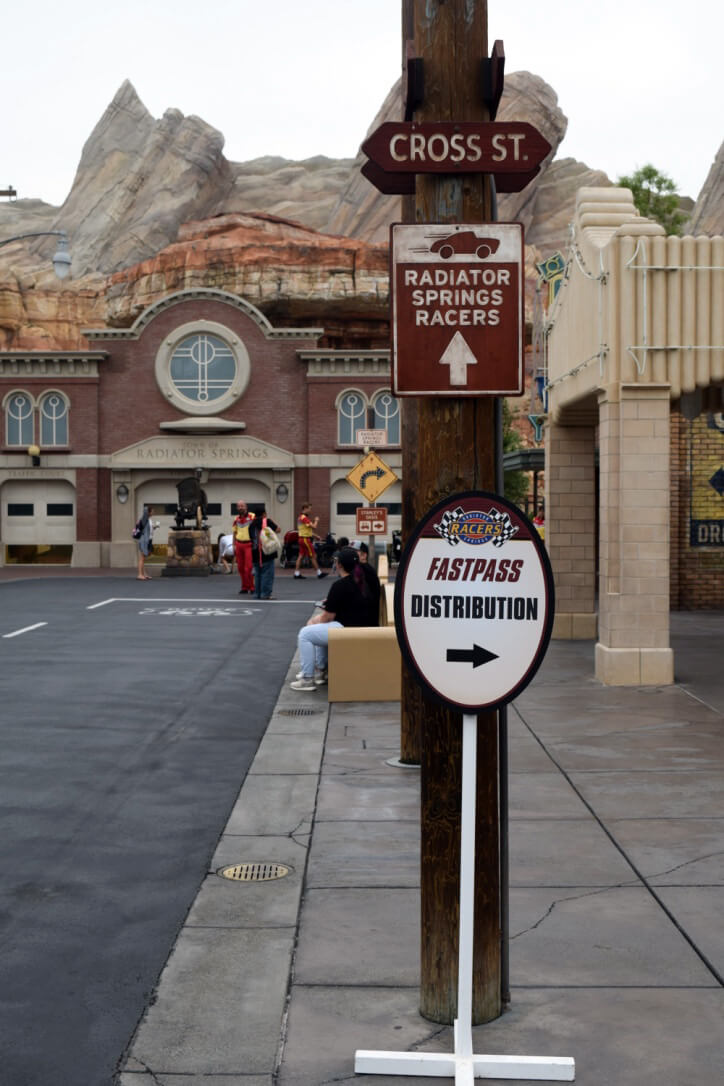 Finally, here’s a fun fact: Pay attention to the morning music, especially just after rope drop. Disneyland plays fast marching music to get you moving quickly into the park. If you stay until the evening (especially after fireworks), note the slow lullaby-ish music encouraging you to slow down and linger and shop before leaving. It’s a fun Disneyland mind trick.

While we've covered a lot of ground in a short amount of time, you'll be well prepared to pick a park the next time you visit Disneyland. Have a tip for using Disneyland Extra Magic Hour or Disneyland Magic Morning? Share in the comments below. And be sure to get a jump on saving on a 3-day+ Disneyland Resort ticket with a day of Magic Morning by purchasing from your favorite frogs at Undercover Tourist!

Related: Our Complete Guide to Disney Genie and Genie+ Services at Disneyland