Planning a Trip Around the World at EPCOT? Here's What You Need to Know 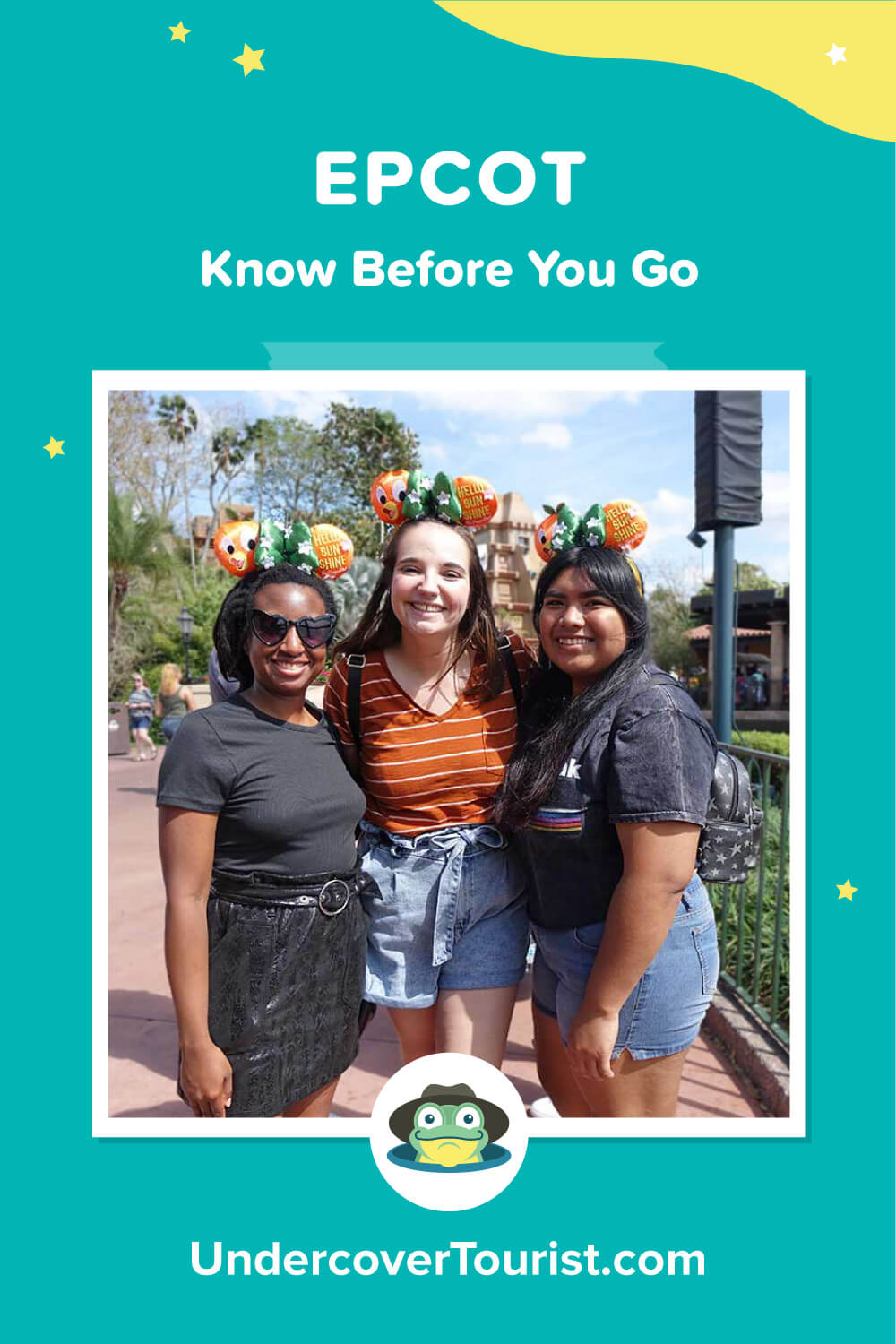 Did someone say, "Bibbidi-bobbidi-boo"? EPCOT is currently in the middle of a MAJOR transformation, and we're so excited about what's coming to the park in the future! But in the meantime, it needs extra time, patience and pixie dust until Disney can complete all of the proposed projects, which may span over the next few years. We are hoppy to say that lots of new and returning experiences have opened or come back!

Most notably, the France Pavilion expansion, which includes Remy's Ratatouille Adventure and La Creperie, has opened, as well as Harmonious, a new nighttime spectacular. Recently, the popular Club Cool reopened in a reimagined space, as well as the new Creations Shop (which replaced MouseGear). The World Showcase has come alive with music and laughter, as many entertainment groups have returned, including Alberta Bound in Canada, juggling Sergio in Italy and the Taiko drummers in Japan. For that, we say, "Thank you," "Grazie" and "Arigato gozaimasu!" New to Walt Disney World as of fall 2021 is the Disney Genie and Genie+ service, which includes several rides at EPCOT. And later in summer 2022, the brand-new storytelling coaster, Guardians of the Galaxy: Cosmic Rewind will launch!

If you're planning an upcoming trip around the world at EPCOT, here's everything you should expect, from construction walls to its year-round festivals (which are still hoppening!). 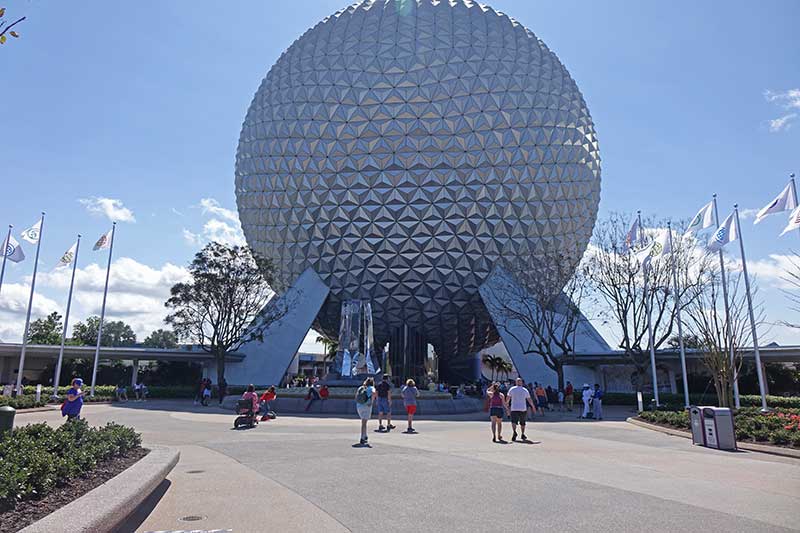 When you arrive at EPCOT at the main entrance or the alternate International Gateway entrance, you'll need to pass through security and the touchpoints. At both entrances now, you'll come across the high-tech, contactless detectors. All you have to do is walk through the detectors without needing your bags inspected. If you have any larger items with metal, such as an umbrella or DSLR camera, you should take it out of the bag, and simply hold it out in front of you as you walk through. (Smaller items such as cellphones are fine to leave in your pocket or bag.) If you do hoppen to set off the alarm, you'll be directed off to the side to a security officer who will inspect your bag. Strollers will also be inspected separately. Note that fingerprint scanners have returned to the touchpoints.

Keep in mind that the parking trams are not currently operating. However, the EPCOT monorail has recently returned, allowing easy park hopping to Magic Kingdom.

For a look at updated health and safety protocols across Walt Disney World Resort, check out our full guide to current policies.

Once you've entered EPCOT, be sure to take a look at the new updates for the park's ongoing transformation, such as the new fountain or the lights on Spaceship Earth (they put on quite the display at night!). Also coming soon is Dreamer's Point, a statue of Walt Disney himself! 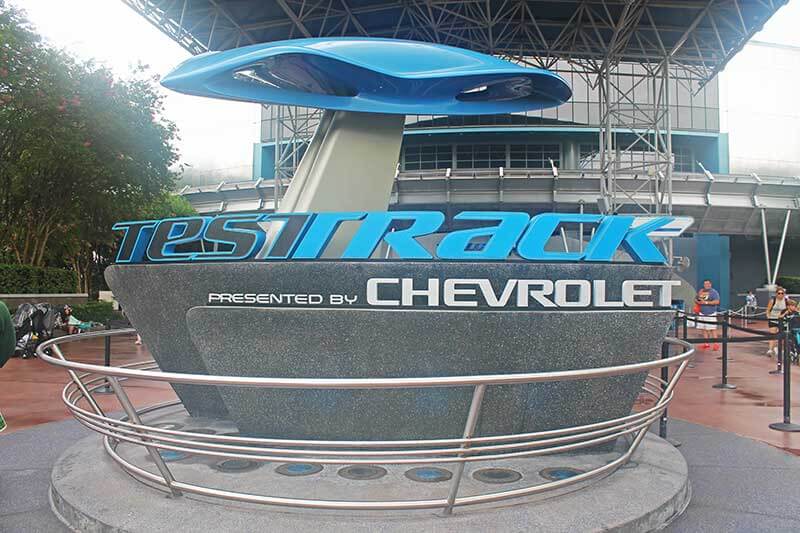 As two of the most popular rides at the park, Test Track and Frozen Ever After consistently have the longest wait times throughout the day. Soarin' can get busy as well, but it tends to fluctuate more as the day goes on (the line gets shorter in the afternoons and evenings). The newest attraction, Remy's Ratatouille Adventure, is currently operating with a virtual queue. The remaining rides may be busier in the mornings, but generally have lower waits in the afternoons and evenings. Weekends tend to be busier than weekdays.

Most shows and rides have returned to normal operations and may not have physical distancing anymore, so don't be surprised if you are seated with another party. Rides may have some safety measures still in place, such as touchless hand sanitizer dispensers or plexiglass barriers in the queue. There are no FastPasses available, but Disney Genie+ has now replaced the front-of-line system. People with a DAS card or those taking advantage of Rider Switch will also typically use the FastPass+ line (now referred to as Lightning Lane). 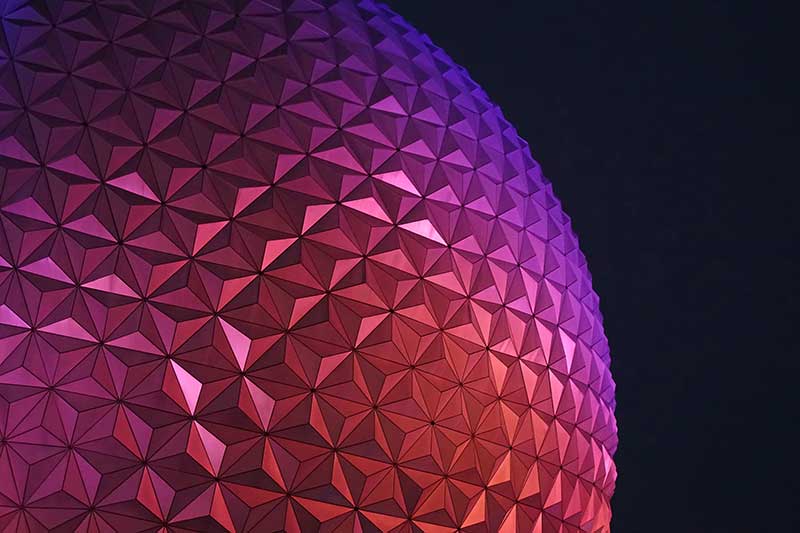 Besides traditional character greetings, EPCOT has the majority of its attractions and shows available, with lots of entertainment recently returned. Spaceship Earth was supposed to undergo a major refurbishment (its proposed final date of operation passed during the COVID-19 closure). But the ride's reimagining has been postponed, so it's operating as usual! Glad we didn't have to say "see you later" to the Phoenicians just yet.

And of course, we can't forget the highly anticipated Guardians of the Galaxy: Cosmic Rewind! This storytelling coaster will feature Disney's first reverse launch and will be one of the longest fully enclosed coasters in the world! The new attraction will open in summer 2022.

The Genie has emerged from the lamp, replacing the former FastPass+ system at Disney World. That means that there is a new, paid way to skip the lines at EPCOT. If you'll just be heading to EPCOT during a normal to light crowd time, you may not need Genie+ or Individual Lightning Lane selections. If you're hopping, though, or heading to the parks during a busier time of the year, you may find the $15 per person, per day fee for Genie+ toadally worth it. EPCOT attractions included with Genie+ include:

There are two rides at each park that are not included with Genie+ and come at an additional fee (which varies by day, anywhere from $7 to $15 per person). Individual Lightning Lane selections at EPCOT include:

If you do decide Genie+ is worth it for your family, the service will dictate your plan for the day. So, what's the best touring strategy at this time if you aren't opting for Genie+? If you're an on-site guest, take advantage of Early Theme Park Entry and head to either Frozen Ever After or Test Track, depending on your family's interests, for the lowest waits of the day. Any guest, regardless of where they are staying, hoping to ride Remy's should try for a virtual queue at 7 a.m. or 1 p.m. from inside of the park; for both of these options, you'll need an EPCOT park pass for the day. Park hoppers heading to EPCOT after 2 p.m. will need to pay to ride via Individual Lightning Lane. 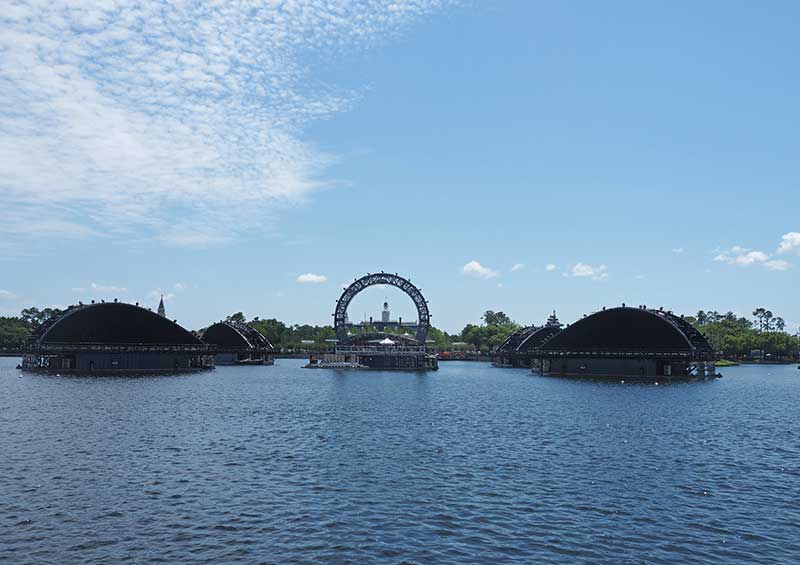 Unlike our experiences with crowds at the other three Disney theme parks, EPCOT seems to get busier in the late afternoon and evening, especially on weekends. EPCOT is also the park that stays open the latest. So we suggest hopping on rides in Future World earlier in the day. Afternoon showers (particularly in the summer) may shut down and cause further delays for Test Track, so it's best to get that ride done early.

With the opening of Harmonious, EPCOT is a hoppin' spot for park hoppers who want to take advantage of later park hours and a wider variety of dinner options. Plus EPCOT has the largest capacity limit (meaning it shouldn't fill up as quickly as, say Disney's Hollywood Studios) and year-round festivals to enjoy! Park hopping is subject to availability and generally runs from 2 p.m. to the park's closing time. While we think EPCOT is a great choice for hopping, we also realize that many others may feel the same. 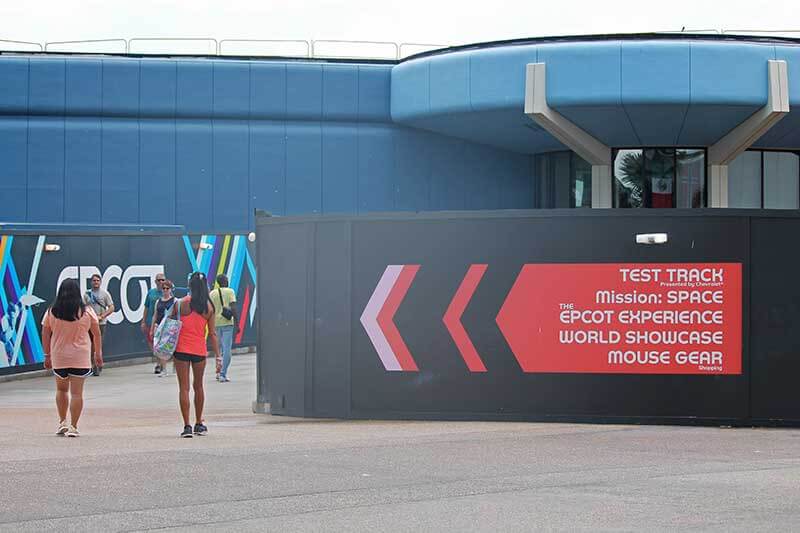 With all of the construction in Future World, it's not easy to get from Future World East to Future World West (or vice versa). So you may want to start on one side of Future World, go around World Showcase and then end on the opposite side of Future World — unless you want to get your frog hops in! If heading to Test Track or Mission: SPACE, veer left of Spaceship Earth (also if you are on your way to Frozen Ever After). Head right to find The Land Pavilion, The Seas and Journey into Imagination with Figment. Check out our EPCOT park plan for our touring recommendations. 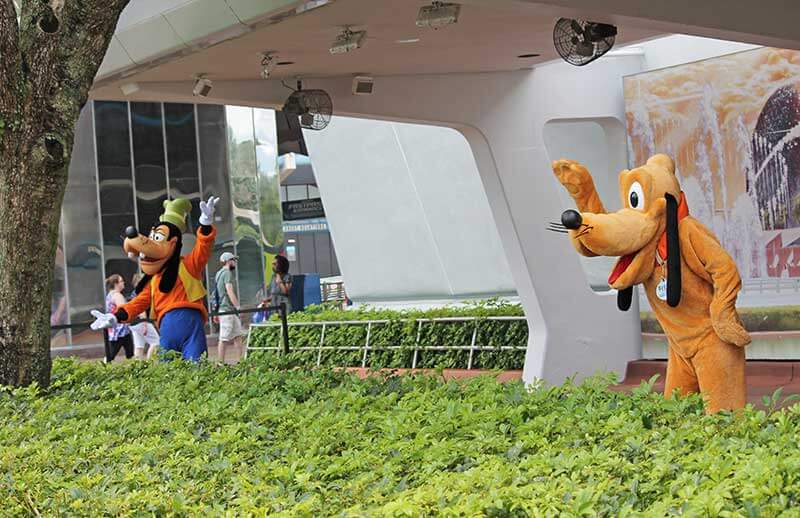 Catch Mickey, Minnie, Goofy and Pluto randomly throughout the day by the entrance next to Spaceship Earth. We caught Pluto and Goofy posing for distanced selfies on our last visit. The downside is that, since they are placed all the way at the front of the park, it's harder to see them, unless you hoppen to spot them as you're entering for the day or you walk back to the front (which is a bit of an inconvenience due to the construction walls making it a longer trek from other areas in the park).

You'll find lots of royalty randomly throughout the World Showcase for socially distanced photos. See Belle and Aurora in France, Jasmine in Morocco, Mulan in China and Snow White in Germany. You can find the ever-popular Anna and Elsa randomly outside the Royal Sommerhus in the Norway Pavilion. The Arendelle sisters often come out separately so there is no guarantee which sister you will see.

But that's not all! Several other characters have popped up around EPCOT. Alice and Mary Poppins take turns greeting guests from the gazebo in the U.K. pavilion. We've also seen Joy dancing in the gardens right next to Journey into the Imagination with Figment. Alternatively, Winnie the Pooh catches butterflies in the same spot as Joy. 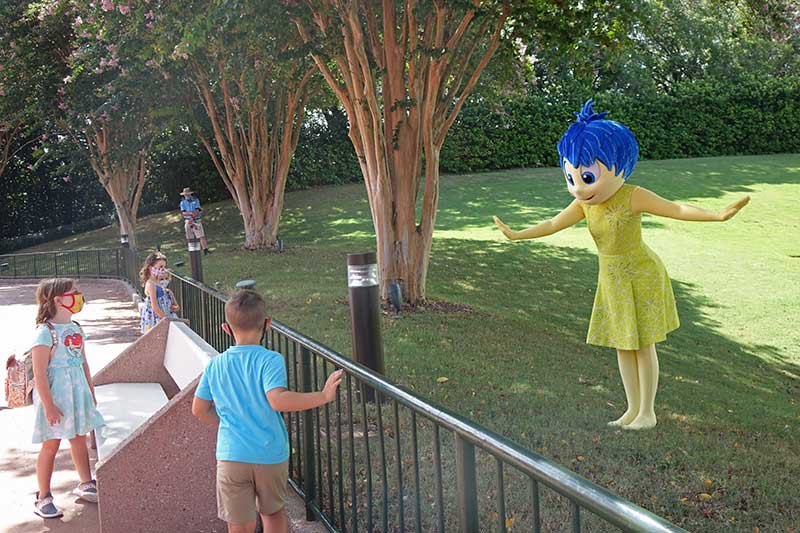 Certain festival activities such as the extra-cost seminars have not taken place, but you can still enjoy special entertainment, featuring local bands, and scavenger hunts in addition to the food booths. Some of the bigger live entertainment acts are coming back, such as the Candlelight Processional during Festival of the Holidays 2021 and the Disney on Broadway Concert Series during Festival of the Arts 2022. Disney has also upped the number of tables available, so even on a busy weekend, we haven't had any issues finding a spot to stop and snack. 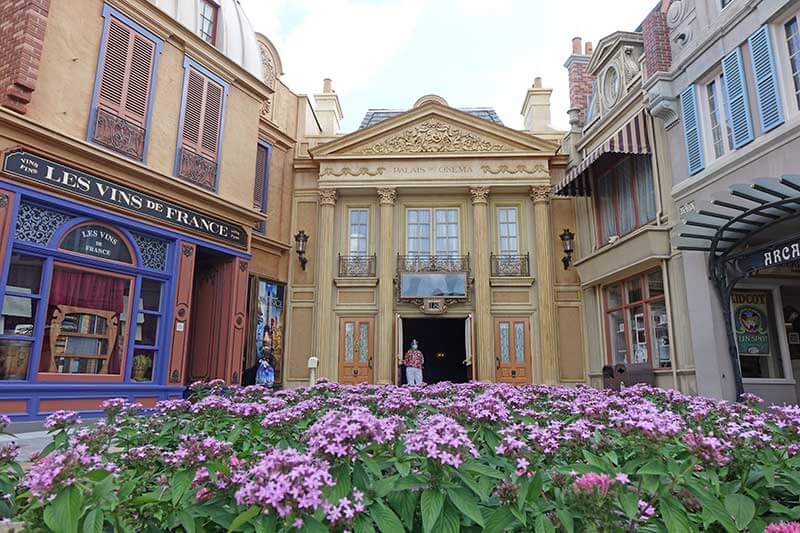 EPCOT is unique because it has so many restaurants and retail locations, especially around World Showcase. The best aspect of the World Showcase pavilions has always been the cultural representatives who embody each country. They bring the pavilions to life with personality and authenticity. Because of COVID-19, these cultural representatives had to return to their home countries.

Initially, we noticed that many restaurants and retail locations remained closed in World Showcase, most likely due to the missing cultural representatives and understaffing. But more have reopened over the past year. There are still some table-service and quick-service restaurants that are only open during busy periods. 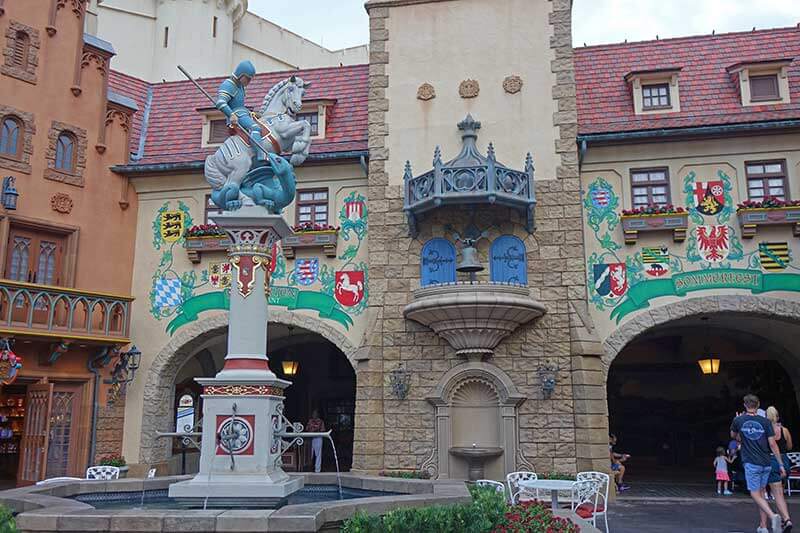 EPCOT has the least amount of mobile ordering options, which are available at Regal Eagle Smokehouse: Craft Drafts & Barbecue (the American Adventure pavilion), Sommerfest (Germany), Yorkshire County Fish Shop (U.K.) and Karamell-Küche (Germany). As for table-service restaurants, we've found that it varies if you need a reservation. At one point, Via Napoli in Italy had a sign saying that no walk-ins were being accepted, but Rose & Crown Dining Room may take walk-ins. The Rose & Crown host told us it really just depends if the restaurant has availability at the exact moment you ask. After a recent My Disney Experience update, it should now say if a restaurant has Walk-Up availability. But of course, it never hurts to ask, and you can always take advantage of the festival food booths!

For future dining options, a new quick-service restaurant, Connections Cafe and Eatery, will open in World Celebration as a part of the park's transformation.

If you're planning to visit EPCOT in the near future, do you have any questions for us? Feel free to share in the comments below. 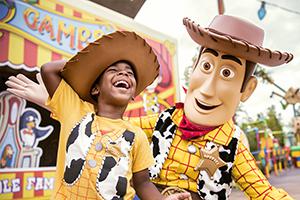 SAVE $49 vs Adult gate price