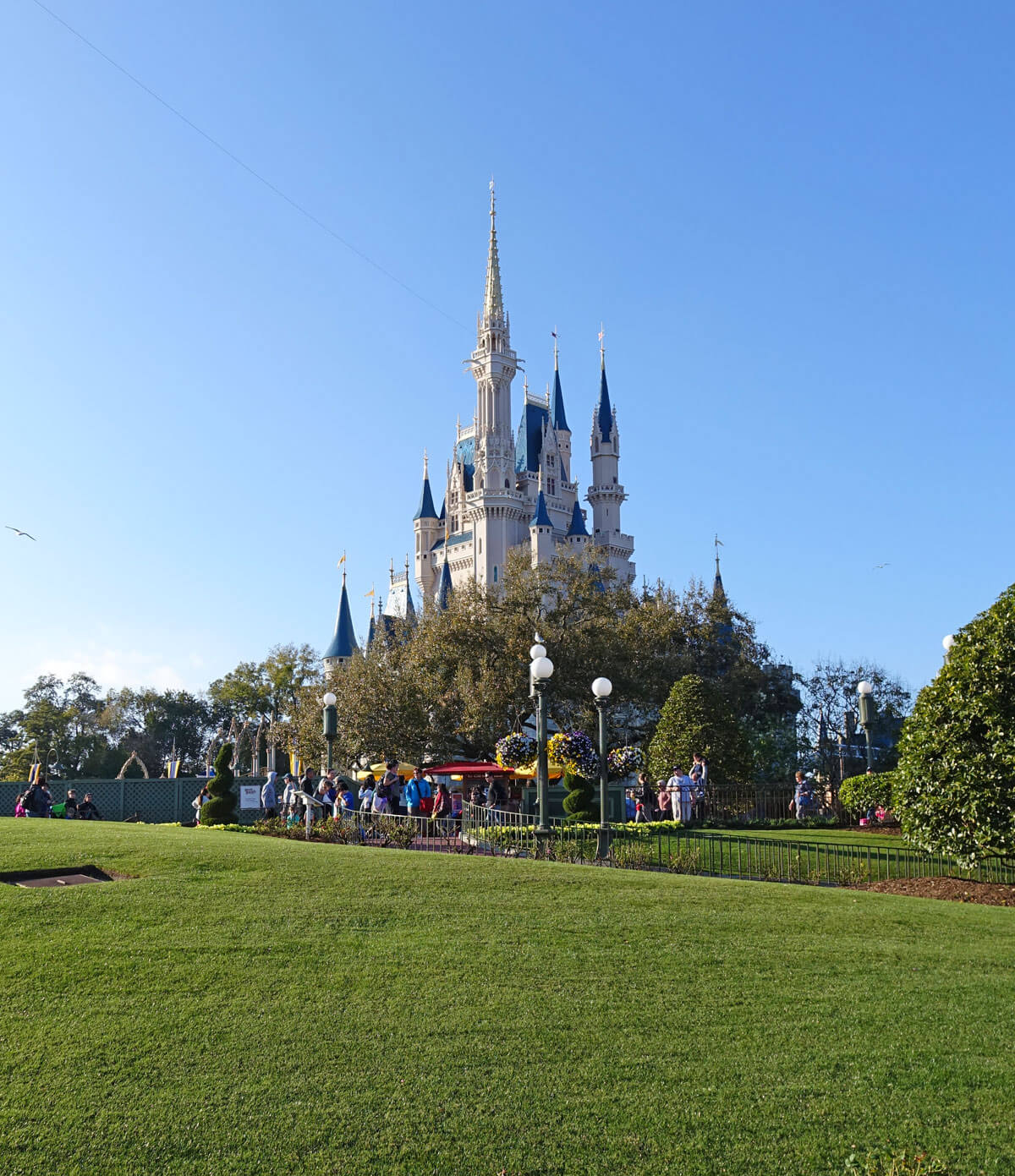 For those who haven't been to the parks in awhile, we're taking a look at some of the goings-on inside the Walt Disney World Resort, starting with Magic Kingdom's hub construction, which we told you about almost a year ago. Even with construction in full swing, Disney has somehow made it relatively unobtrusive, with minimal distraction to the overall experience.

We're getting nearer to the completion of the sculpted gardens, expanded pathways and seating, and new special fireworks viewing areas. The new gardens are reminiscent of the classical style you'd find surrounding European castles. Anyone who has visited Magic Kingdom for fireworks knows that the hub area gets extremely crowded with hardly any room to move and a constant fear of tripping over a stroller. The expansion, essentially adding an extra ring of walk space to the hub, is meant to alleviate some of this congestion during event times and create easier viewing for more guests. For those having lunch at Casey’s Corner or The Plaza Restaurant, or just needing to take a rest, seating outside of these areas will nearly double in size. Until Feb. 21, a crane will remain behind the castle and certain pathways will be closed for construction and removal of the holiday lights from the castle. Work on the hub is expected to continue through the fall. 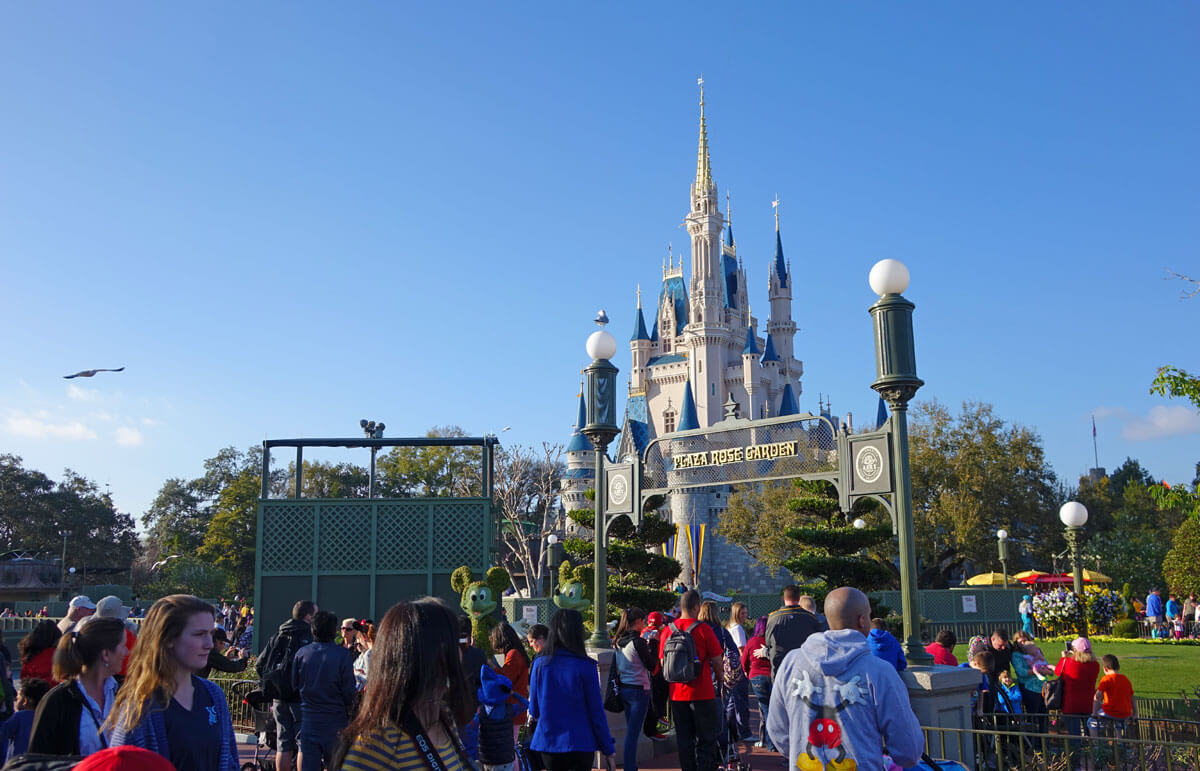 Until construction on the new fireworks viewing areas is complete, fireworks viewing for those with a FastPass+ reservation remains in the Plaza Rose Garden, accessible via the Tomorrowland Bridge. The view of the castle from the gardens is from the side, but still spectacular, especially for Wishes as Tinker Bell flies directly overhead. Once the walls come down, the FastPass+ viewing location will be in the Main Street Plaza Gardens in front of Casey’s Corner or in front of The Plaza Restaurant. 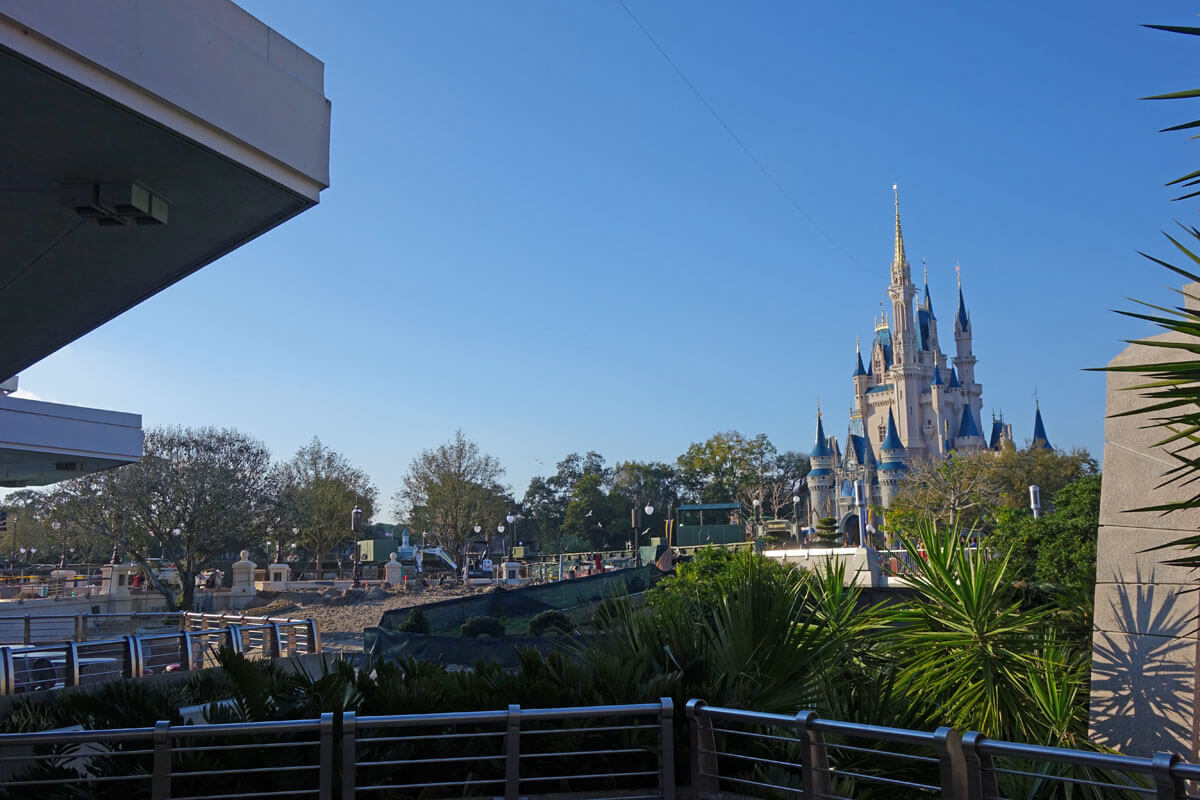 It looks like the areas will be a blend of grass and winding concrete paths from which to view the fireworks. These viewing areas are expected to open Feb. 27, and construction seems to be progressing quickly as that date approaches. Both sides look to offer great views of the castle, slightly to either side. With few trees in the gardens, guests utilizing these FastPass+ areas will be getting a very good view with much fewer heads and children on shoulders blocking their view. The Plaza side, like the Rose Garden, will experience Tinker Bell flying directly overhead, while the Casey’s side will have a better view of her entire flight. Based on availability, guests with FastPass+ reservations will have the option to choose either side.

For awhile now, guests using FastPass+ for the parades have been moved from the central hub in front of the castle to the Town Square flag pole area while construction continues. The location offers great views of the parades and Main Street U.S.A. with Cinderella Castle in the background for you shutterbugs, but since the parades generally begin in Frontierland, you'll be waiting awhile as it makes its way through Frontierland and Liberty Square, around the castle and then onto Main Street U.S.A. For this reason, we think it's slightly less of a good use of FastPass+ than it was at the hub. We don't yet know when or if the hub FastPass+ location will reopen. 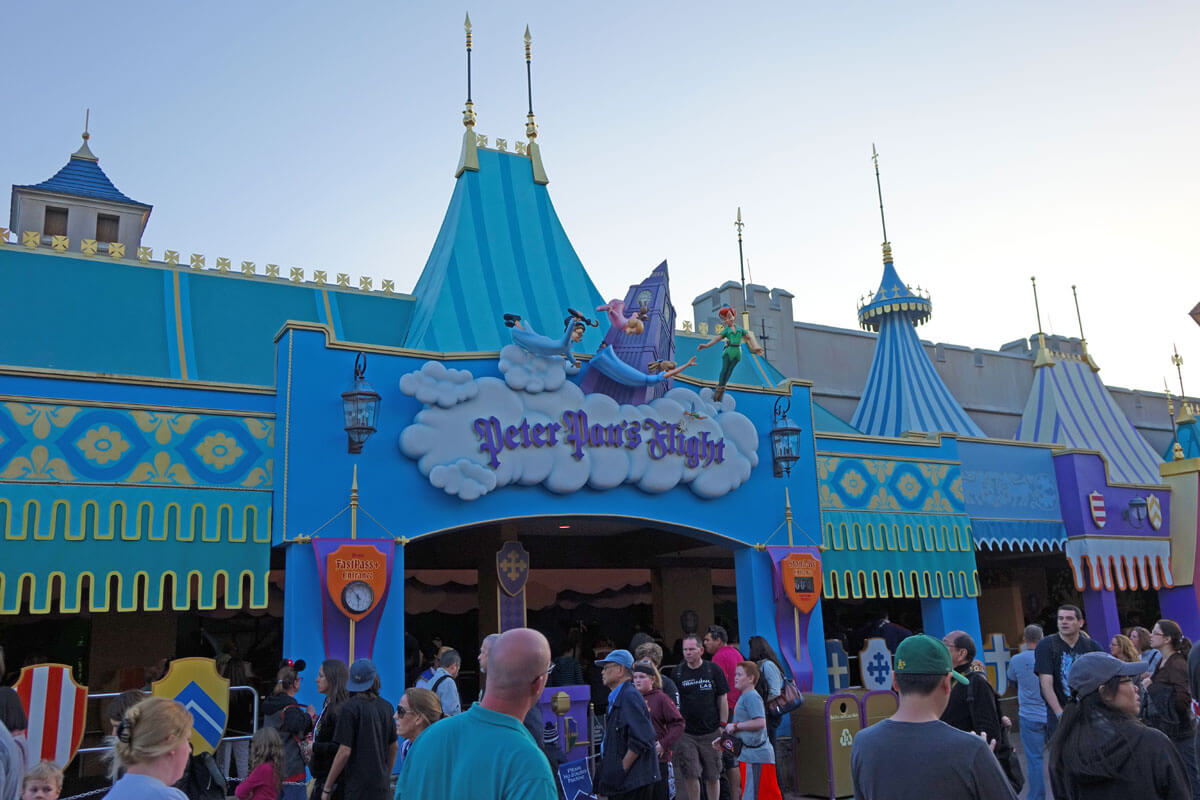 In response to consistently long wait times for Peter Pan’s Flight, Disney has made parents’ lives a little bit easier with a new interactive queue with plenty of bells and whistles to keep the tadpoles entertained. Peter Pan's Flight is one of our top recommendations for FastPass+ as it is one of the most popular rides in Magic Kingdom, but if you can't get it, the new queue helps. 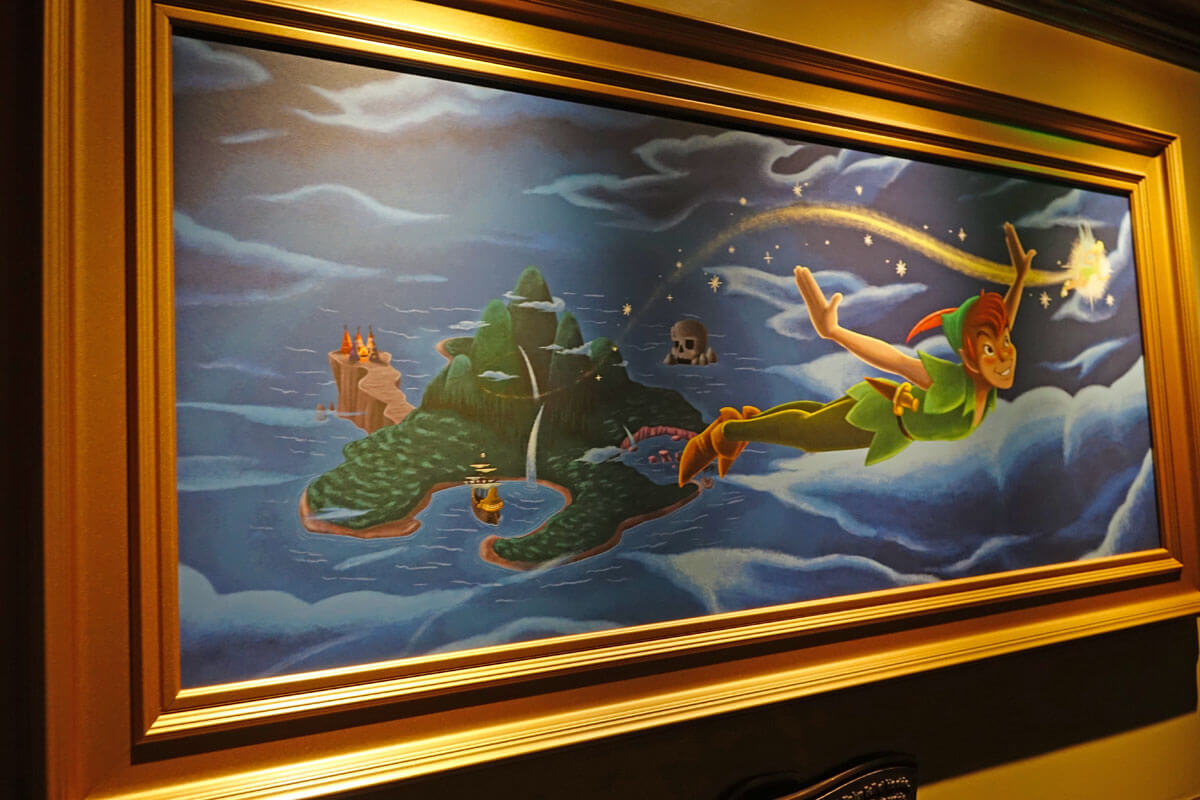 Beautiful artwork lines the first corridor, depicting Peter Pan and Tinker Bell’s journey from Neverland to nighttime over London and on to the Darlings' home. As we wander the hallways, the instrumental score from the classic film plays overhead. 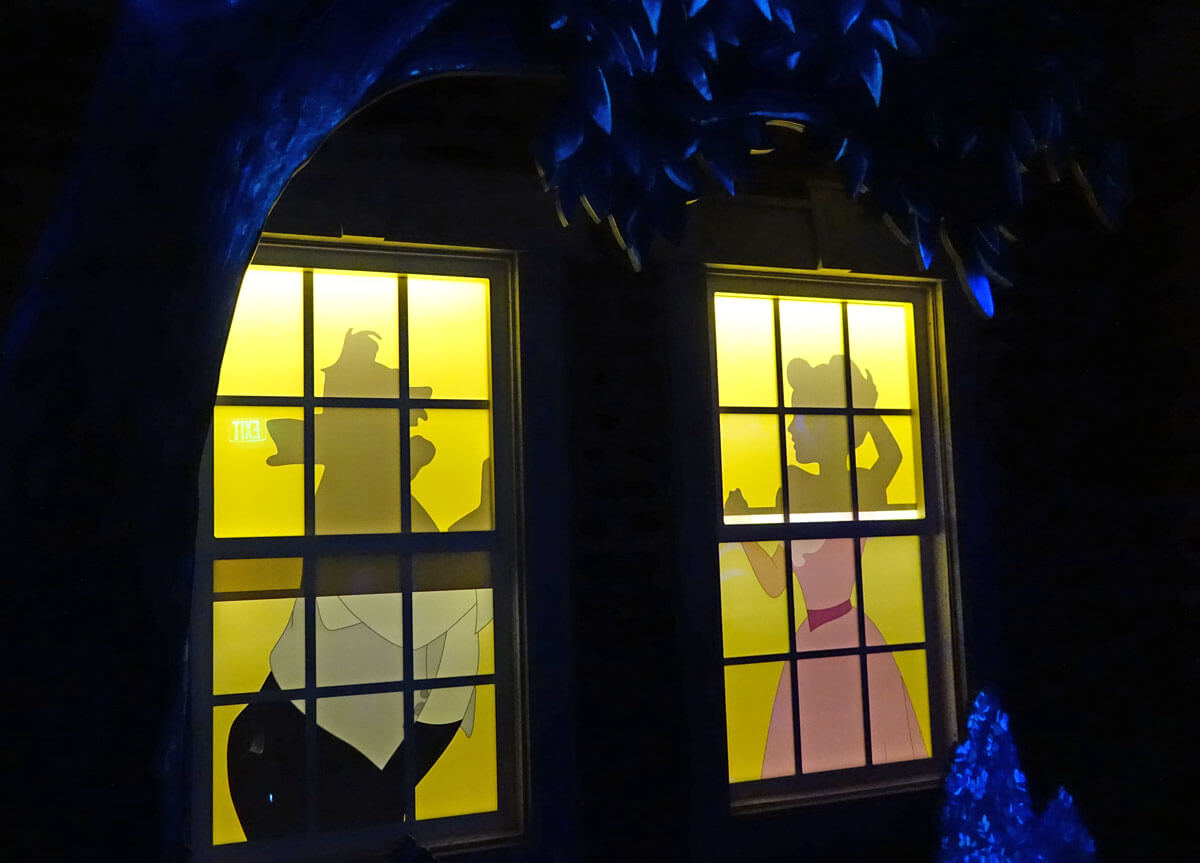 Approaching the Darling home, we hear the sounds of the street outside and chatter from within as Mr. and Mrs. Darling are getting ready for an evening out. We see Nana keeping watch outside, then enter the foyer where portraits hang of the children and Mr. and Mrs. Darling. Through the foyer, we continue into the nursery where we see a portrait of Nana (she is part of the family after all!) and picturesque paintings of the English countryside. The large nursery window looks over the glowing face of Big Ben and the London rooftops. 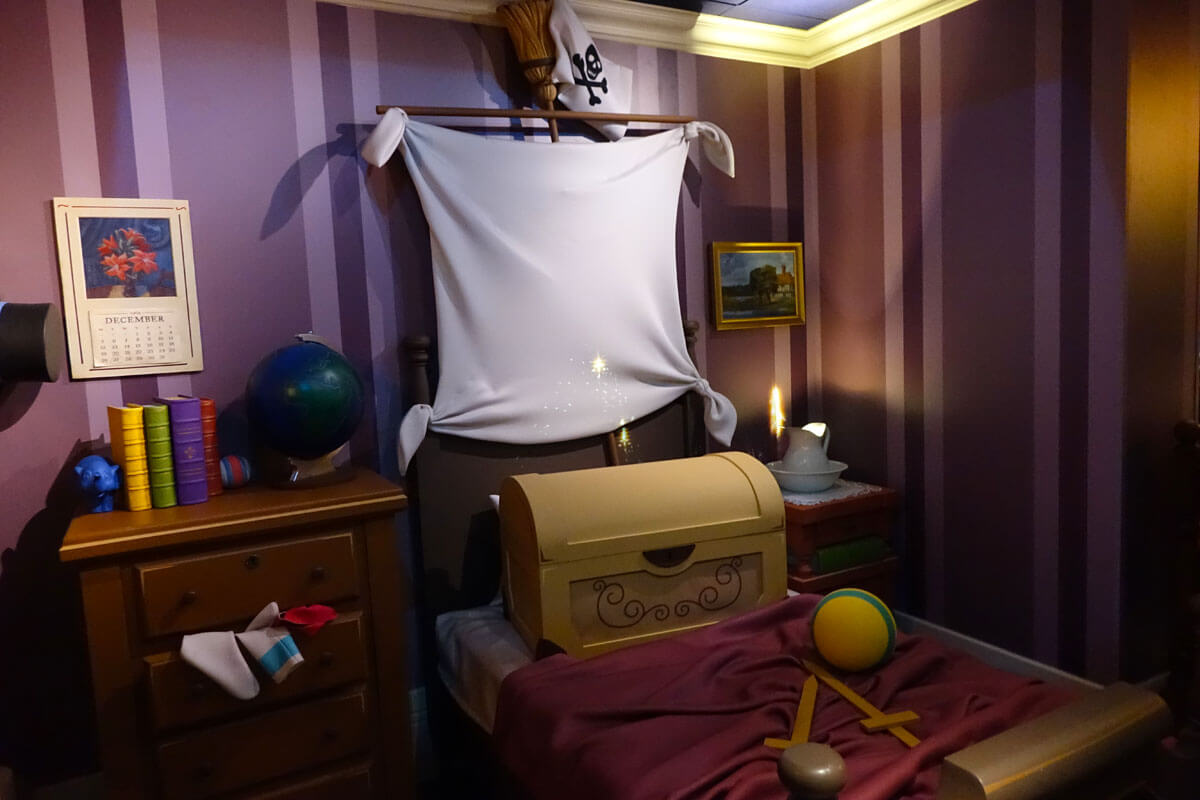 As we make our way through the nursery, we hear a tinkling sound, then suddenly a blur of twinkling light swirls over John’s bed, around the globe, into the treasure chest and onto the toy pirate ship! Like Peter Pan, we can play with bells and butterflies that appear on the wall, ringing and fluttering in reaction to our shadows. We continue past Michael and Wendy’s beds, following Tinker Bell into one last hallway. With a tinkling and a burst of light, we find ourselves sprinkled with pixie dust. We continue onward with visions of the green trees of Neverland as we approach the ship that will carry us to the second star to the right and straight on 'til morning.

Donald’s Safari Breakfast and Lunch have long been popular ways to meet our favorite characters like Safari Mickey, Minnie, Daisy, Goofy, and of course, Donald Duck. As Disney's Animal Kingdom prepares for longer and later hours in anticipation of summer and a new nighttime spectacular, the Tusker House restaurant is now offering the same character experience during dinner hours. Tusker House has been one of our family favorites for years, with exotic tastes (you have to try the sweet and spicy mustard!), amazing quality and variety, and that delicious sweet and tangy Jungle Juice! 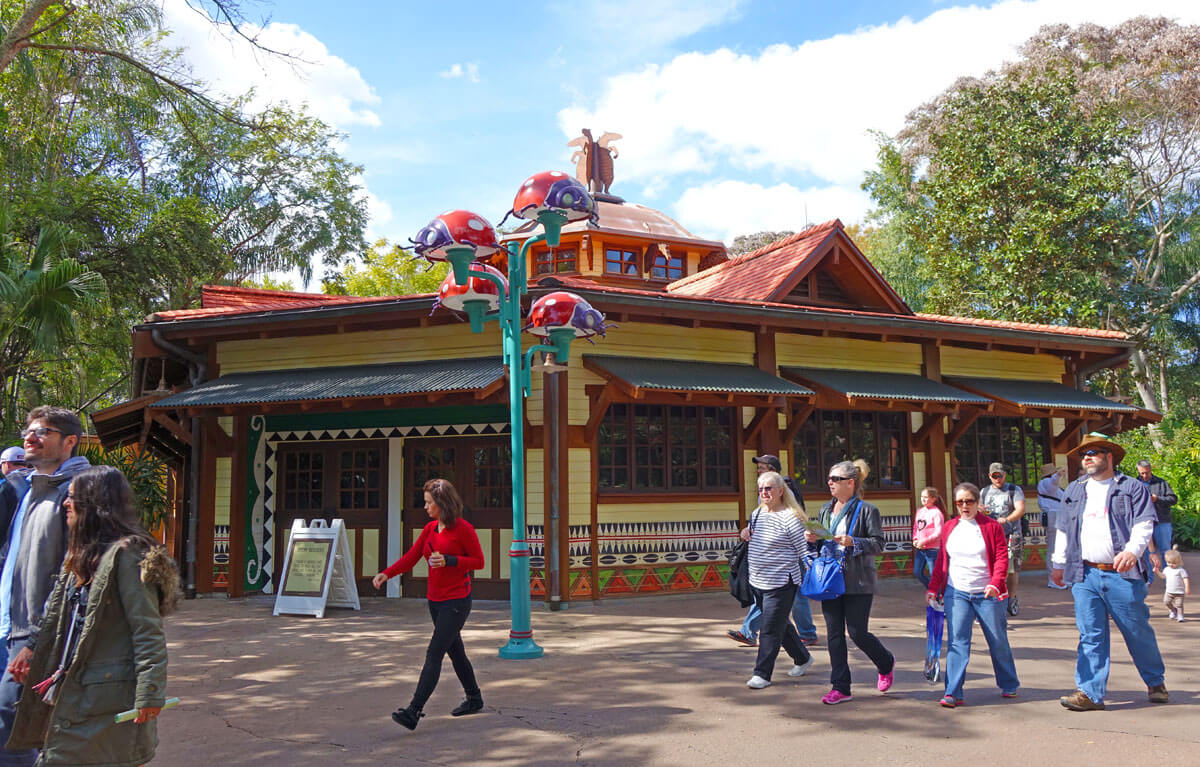 Former merchandise location Creature Comforts is being converted into a Starbucks, where guests can get their favorite coffees and pastries on their way to an African safari or to face the Yeti on Expedition Everest. With the opening of the Animal Kingdom location, all four parks will feature a Starbucks, as well as two stores in Downtown Disney. However, we’ll still have to wait a bit for our Starbucks buzz as the Animal Kingdom location is not set to open until mid-June. 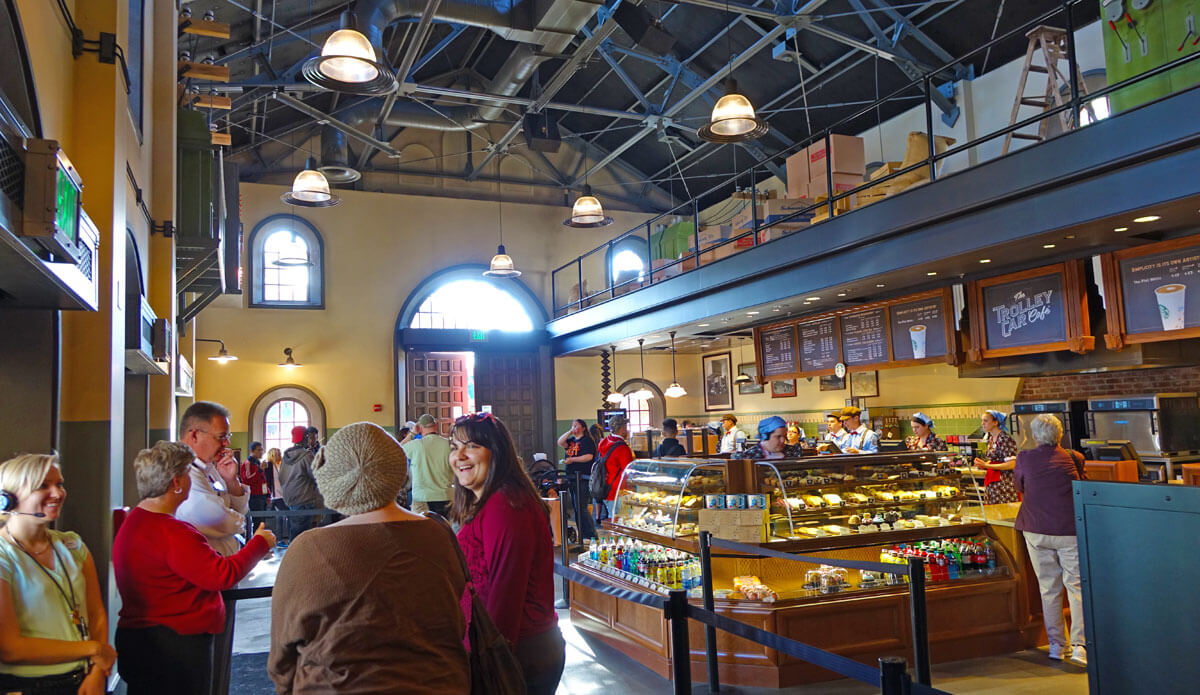 This seems a slightly smaller location than others on property and there is no seating inside the café. However, there are chairs and umbrella-shaded tables across the street at Starring Rolls Café. Additional benches can be found throughout the park, and there is typically table seating available a short walk away in front of Min and Bill’s Dockside Diner beside Echo Lake. 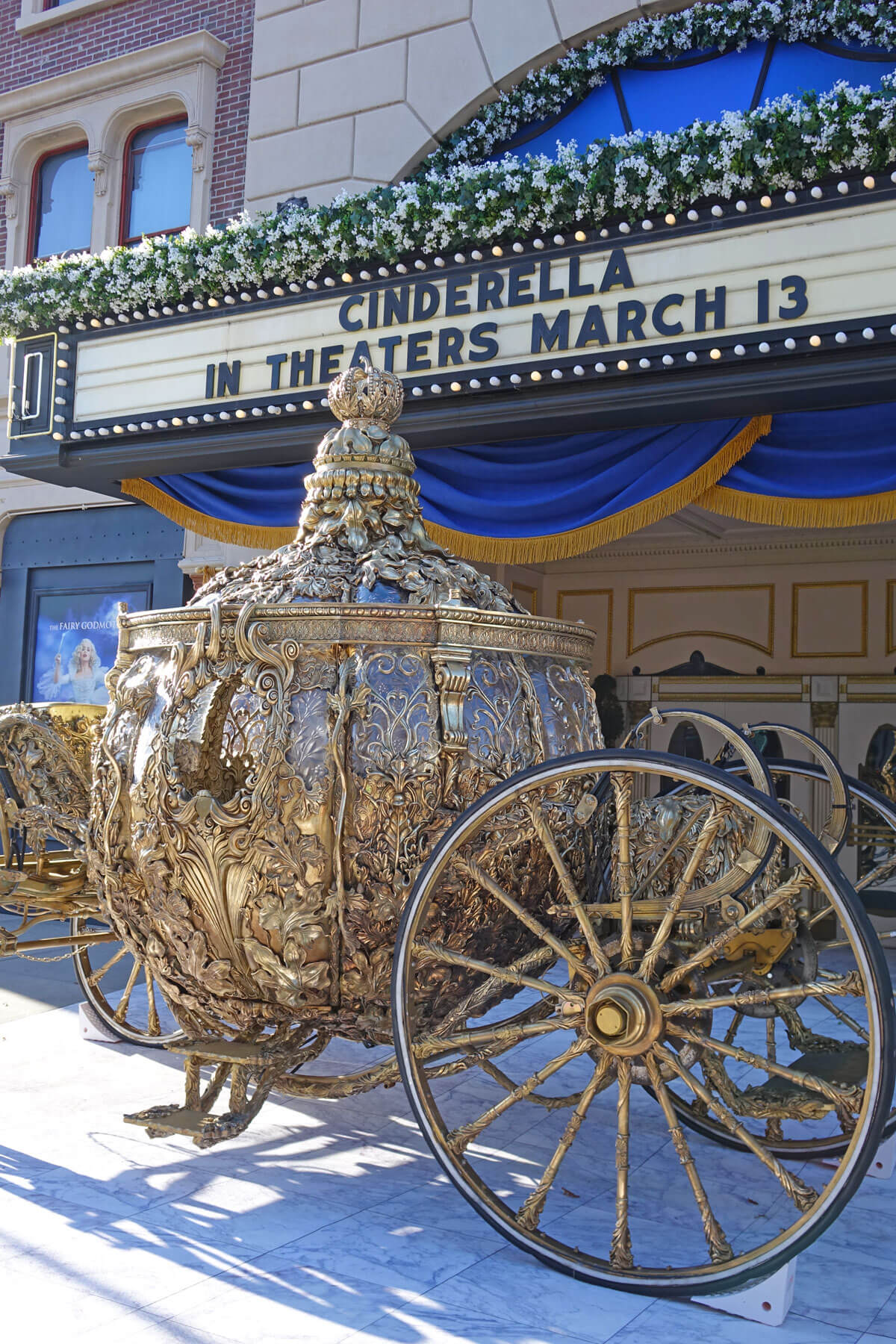 It seems even the birds and mice (and us frogs!) are atwitter with excitement for the new live-action adaption of Disney’s classic "Cinderella," starring Lily James of "Downton Abbey," Hayley Atwell also known as Marvel’s Agent Carter, Richard Madden who played Robb Stark in the hugely popular "Game of Thrones," and award-winning actress Cate Blanchett. It’s easy to see how Cinderella made such an impression arriving in the gilded carriage seen in the trailer of the film. Those visiting Disney’s Hollywood Studios between now and April 11 can see an extended preview of the movie and feel like royalty as they have their photo taken in front of the stunning golden carriage. "Cinderella" opens in theaters on March 13.

There’s so much going on at Walt Disney World this year, it’s hard to keep up with all of the changes and new experiences popping up all around the parks. We hope you're as excited about all of the changes as we are! Share your thoughts or questions about the goings-on below!