So, you're at Disneyland Resort when the next ride you want to go on breaks down. Oh no! That's a toadal bummer. But let's say you are using Genie+ and have a Lightning Lane reservation for a ride when it goes temporarily closes during your one-hour window — now something magical hoppens. That Lightning Lane reservation turns into a Multiple Experiences pass. We love these and can't wait to tell you why you should love them too and how you can utilize them to maximize your time and experience in the park. We bring you the Disney Genie+ Guru's Take on Multiple Experiences passes! 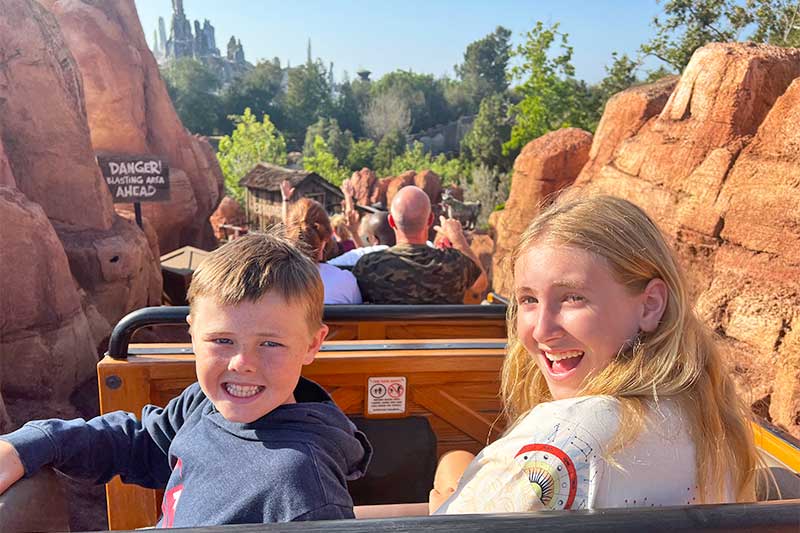 You should know that when you use Genie+, there are a few rules and guidelines that apply. You have a one-hour window to ride each ride you select. And you can only use Genie+ to ride each ride once per day. For the most part, you can usually only select one ride at a time. You can also only book rides with a Genie+ Lightning Lane. Obviously, if something goes wrong and the ride breaks down, you don't miss out on your chance to ride and have all your plans messed up. Cue the fairy godmother to come in to save the day. Disneyland Resort takes care of you in several ways by loosening the restrictions of that Lightning Lane reservation by changing it to a Multiple Experiences pass as easy as bibbidi bobbidi boo! 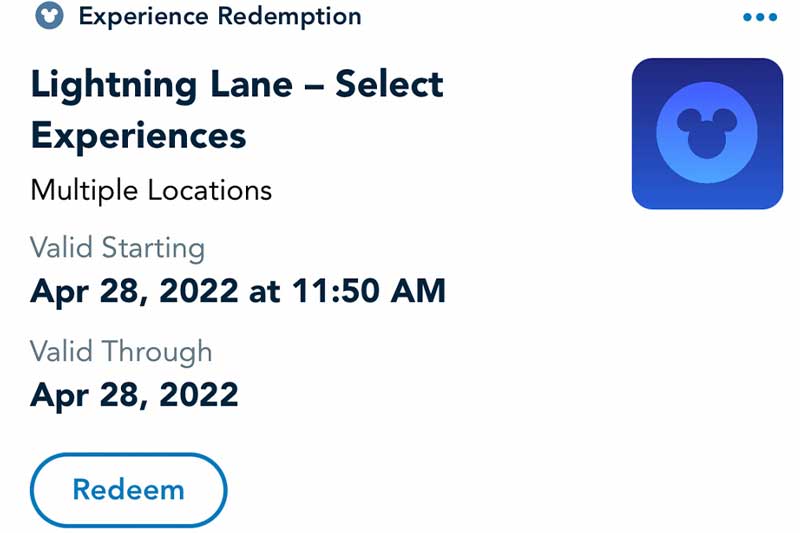 Should the ride go down and you cannot ride as scheduled, you'll see a notification in the Disneyland app stating there are changes made your plans. You can head to My Day and view the changes. You'll likely see an Experience Redemption Lightning Lane — Select Experiences box in place of your Lightning Lane Selection. Woohoo! Those babies are like gold. If you tap it (anywhere in the box except the "Redeem" button), it will tell you which ride it replaces and which tickets are involved.

If you tap "Find out where you can go>," you can see a list of rides you can use it on instead. You may be able to use it to skip the line for for Pirates of Caribbean or Snow White's Enchanted Wish, even though those rides do not have a Lightning Lane. You may be able to use it on a favorite Genie+ ride that you already rode that day. Plus, you have until the end of day to use it. We love the flexibility of these passes!

What Does This Mean? 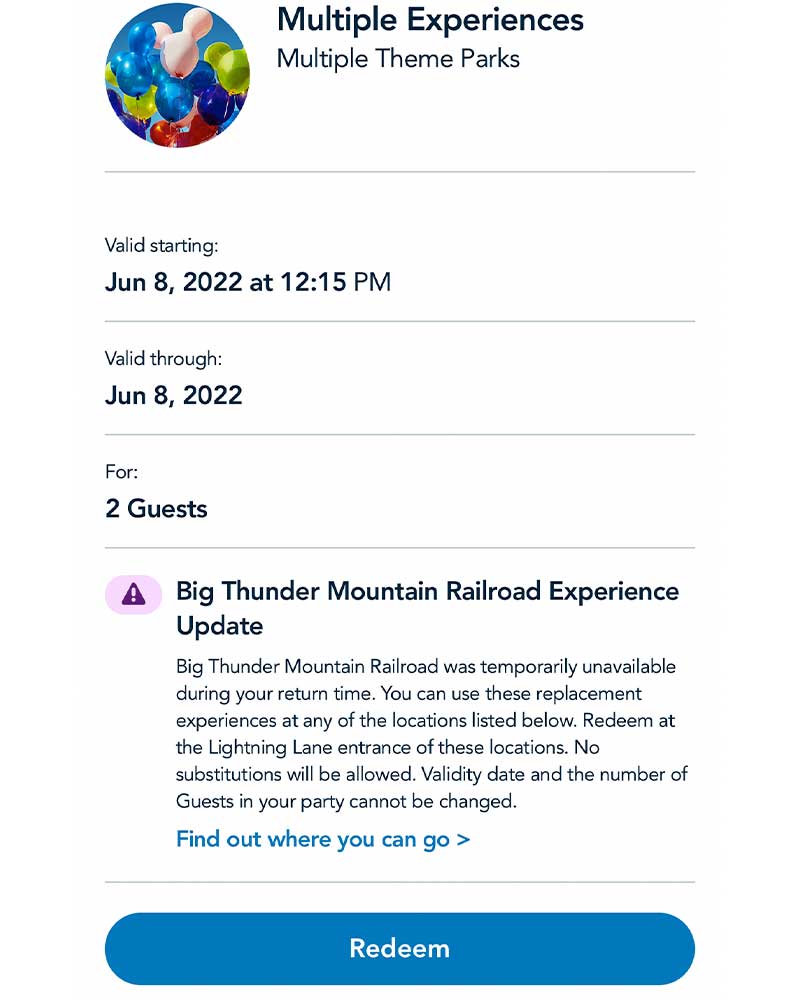 The Multiple Experiences passes are more than just a replacement Lightning Lane. There are several changes that make it highly useful, such as: 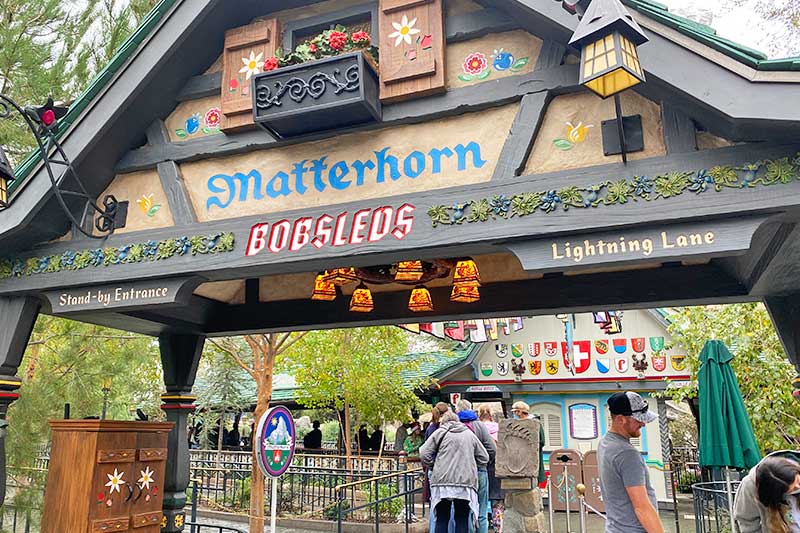 There are usually the top tier Genie+ rides (selection may vary depending on the circumstances or time of year):

If any of those rides break down, you can use the pass to ride them, as well. If any other Genie+ ride breaks down, these four are not included. We only recently started seeing Guardians excluded from other ride breakdowns. WEB SLINGERS moved from individual Lightning Lane to Genie+. We do not yet know what tier this ride falls in. But it could be a top tier Genie+ ride as well.

How to Take Advantage of Ride Breakdowns 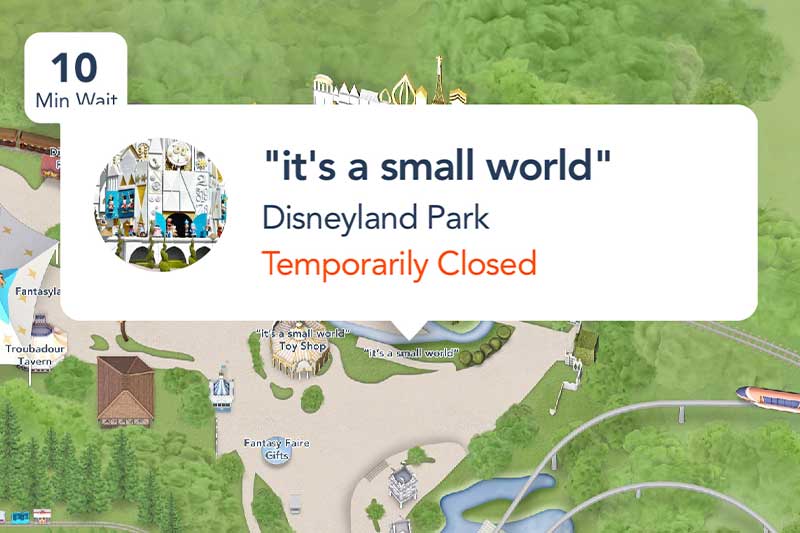 Let's say you notice a Genie+ ride in the Disneyland app says, "Temporarily Closed." Your instinct may be to skip that ride and pick something else ... but think again. You may be able to use that ride closure to your advantage by acquiring Multiple Experiences passes that can be used until park close on a variety of rides, helping you to manage your day. 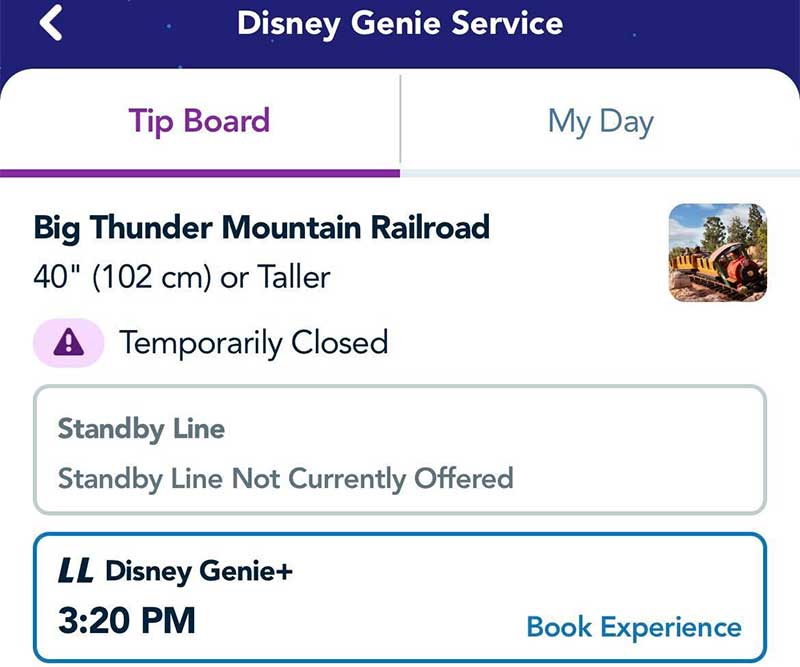 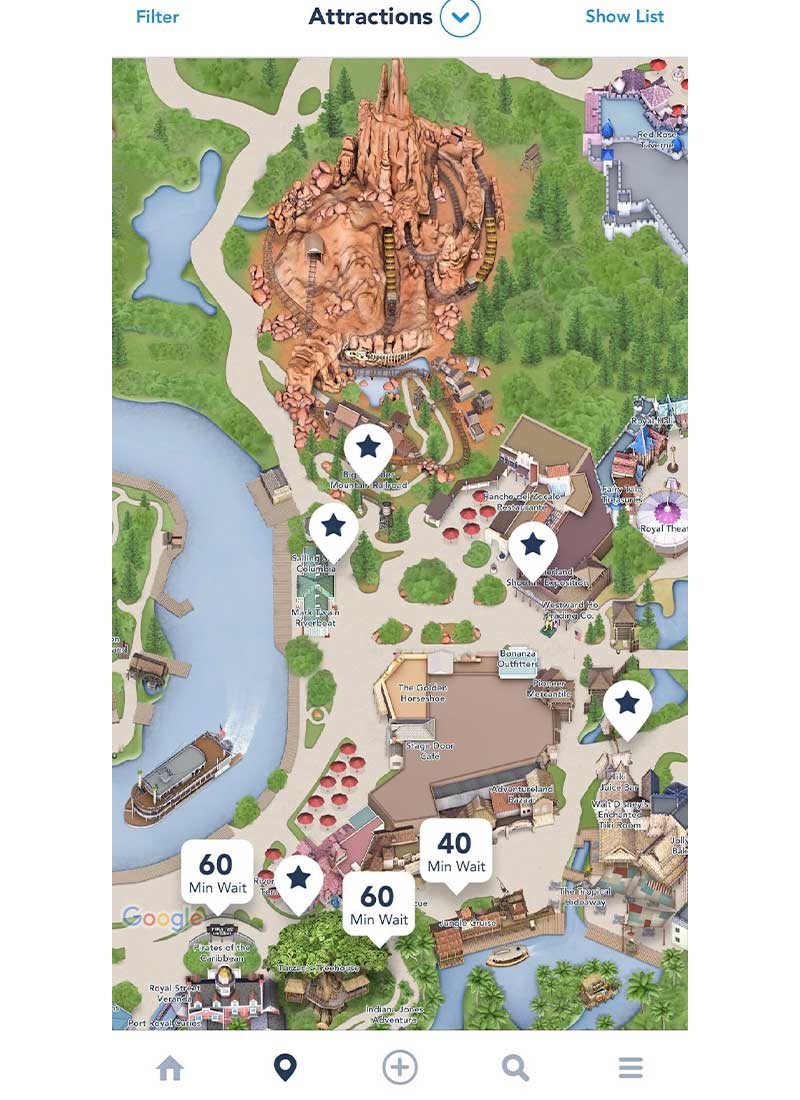 How do you know if a ride is closed? The Tip Board notes when a ride temporarily closes. Even if the standby line is closed, you can still book the experience with Genie+. Maybe the ride will open in time to ride it and maybe it won't. The park map in the Disneyland app also notes when a ride is temporarily closed. To use the park map, tap the teardrop at the bottom of the home screen. You'll see a map of the park with wait times. If a ride has a star instead of a wait time, you can tap it. A notice that says "Temporarily Closed" will appear. Note that Big Thunder Mountain Railroad has a star instead of a wait time. That's a sign that the ride is temporarily down. (Stars can also indicate other non-ride attractions, BTW.)

Here are two scenarios where we worked the ride breakdown to our advantage with Genie+. 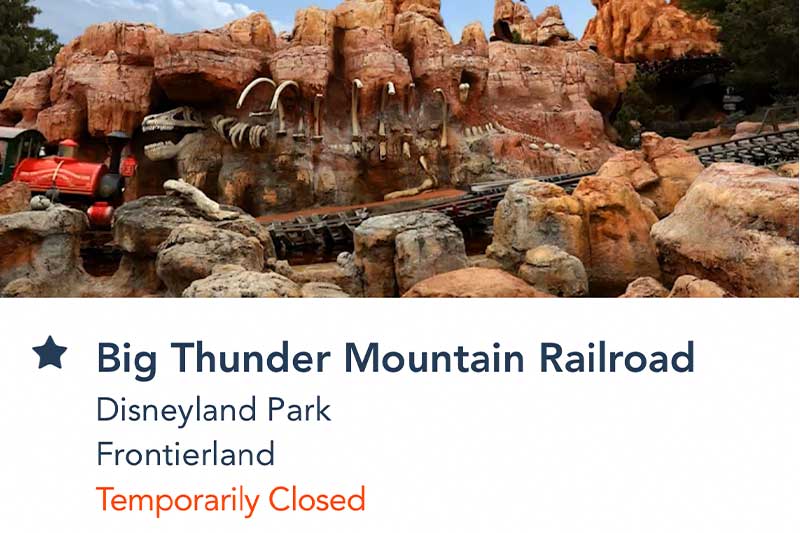 We were in line for Indiana Jones Adventure on a day when we were not park hopping. We saw that our next ride, Big Thunder Mountain, had broken down about 12:15 p.m., right when lines were hitting their peak. Here's what we did:

The ride breakdown at Big Thunder Mountain helped us skip the lines at other attractions that don't usually offer Genie+, and we never missed a beat through the busy afternoon hours. It allowed us to ride two bonus family rides that were not originally on our itinerary that day. The passes freed up our time to squeeze in snacks, rests and Star Wars: Rise of the Resistance, which was not originally on our itinerary due to the wait. Without Genie+, none of that would have been possible. It was such a smooth day! 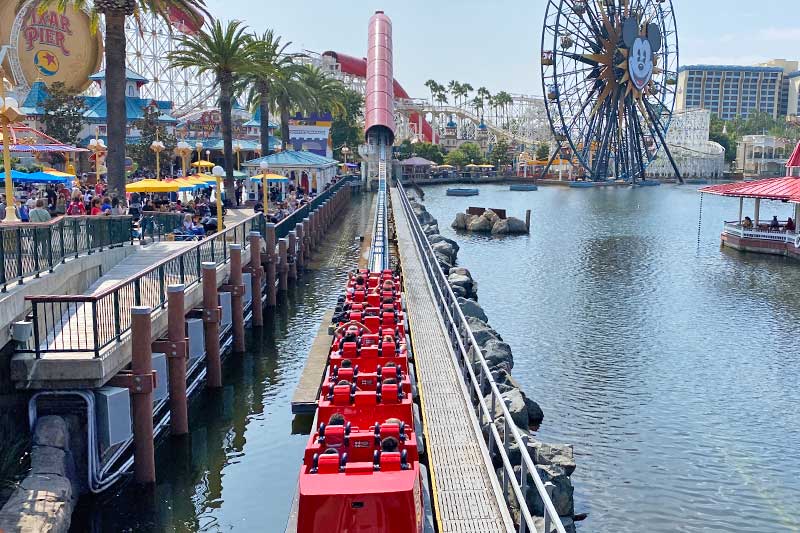 In this scenario, we'd had a busy morning at Disney California Adventure. We had ridden everything we wanted to except Incredicoaster and had purchased an individual Lightning Lane from 1 to 2 p.m. at Disneyland Park. The plan was to use our last Lightning Lane at Disney California Adventure for Incredicoaster at 12 p.m., have some lunch and hop at 1 p.m. to Disneyland. Here's what actually happened: 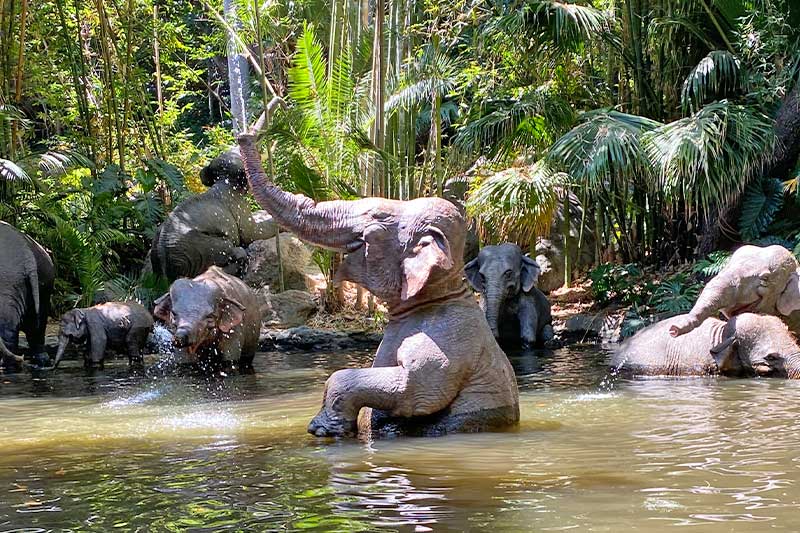 This scenario does work better in the morning when return times are closer and you can take advantage of short wait times to ride other rides. You don't usually need Genie+ in the morning, so it's good to use it to manage your afternoon or park hopping. On a peak crowd day, close return times may not be available, so this method may work best on a medium crowd or lighter day.

Knowing Which Rides Don't Open Right Away at Park Opening 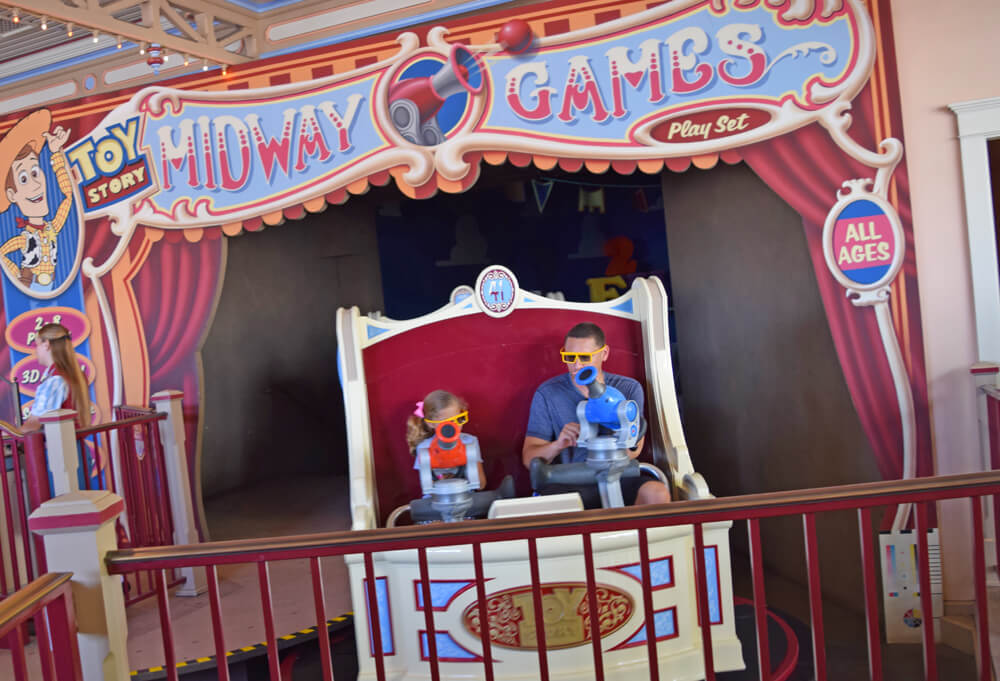 For the first hour of park opening, many rides have no wait to a very short wait. We have found that Toy Story Midway Mania! often has a few-minute delay in opening. So on Disney California Adventure mornings, we book a Lightning Lane for Toy Story Midway Mania! by rope drop. We head to Pixar Pier and ride Pixar-Pal-A-Round, which does not have Genie+ to take advantage of the shortest wait of the day.

Before we even ride, we usually get a notice right away that our Lightning Lane has turned into a Multiple Experiences pass. We immediately rebook Toy Story Midway Mania! and save that Multiple Experiences pass for later. As a top tier ride, that pass can be used for almost any ride in either park except the paid individual Lightning Lanes and Peter Pan's Flight. When park hopping, we save it for Indiana Jones Adventure or Space Mountain since those are the hardest Lightning Lanes to acquire and have the longest lines later in the day.

How to Use Multiple Selections Passes Wisely 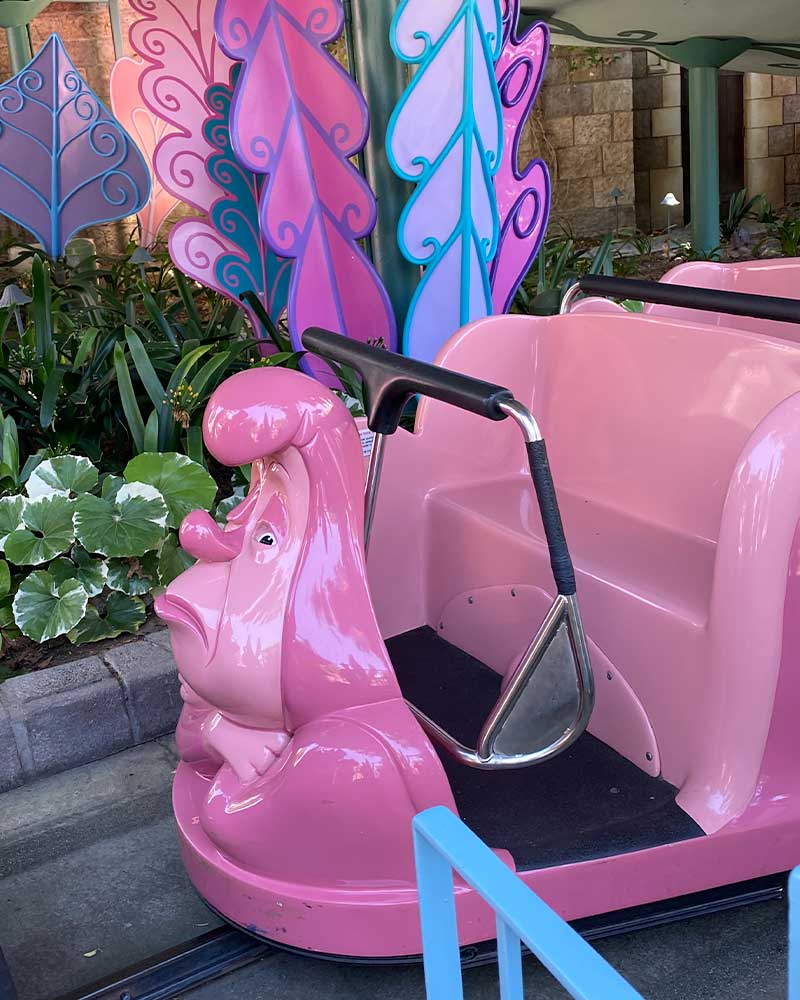 Use the Multiple Experiences pass for comparable rides if you want to. If one pass is good at Space Mountain and Indiana Jones Adventure while the other excludes those top tier rides, choose which passes to redeem carefully. Pay attention to which redeem code you are scanning. Don't accidentally use one that is valid for top tier rides on something such as King Arthur Carrousel (unless that's what you want to do!). Save it for a good ride such as Space Mountain and use a lower tier pass (if you have acquired one) on a Fantasyland ride. 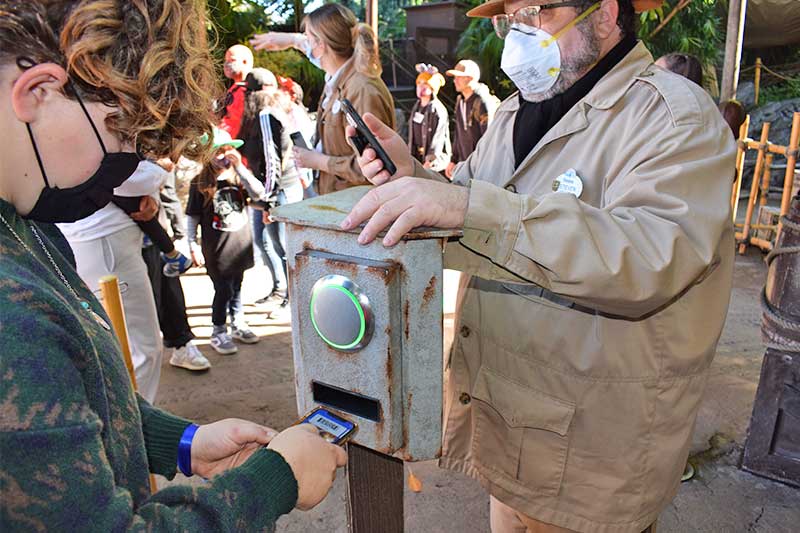 If you are traveling with a group (we have a Genie+ Guru's Guide for using Genie+ with a Group you'll find hopful), you will see any Multiple Experiences passes that people who have split off from you have collected in your app, and they can see yours if you are linked to the account they are using. Try not to use other people's passes and hopfully they won't swipe yours. Sometimes people are nice and share the ones they are not going to use with you, but ask first! Tad and a cousin once racked up more Multiple Experiences passes than they could use. They shared them so we could join them on a ride. As long as the number of riders equals the number of redeemed Multiple Experiences passes, you are good to ride!

If you have any further questions about using Genie+, our Disneyland Genie+ FAQ may help.

Genie+ is one of our favorite ways to maximize time at Disneyland. Did you know you can purchase discounted Disneyland Resort tickets preloaded with Genie+ from Undercover Tourist?

Related: Our Top Tips and Strategies for Using Disney Genie Plus Service at Disneyland