Let the Californian adventure begin! We love hopping around this park that originally paid homage to the rich culture and history of California. While the park still pays tribute to the Golden State, it is also the place where some of Disney and Pixar's most beloved characters and stories come to life. There is no finer example of this than Cars Land, which opened in 2012 as the park was expanded and re-imagined. The park continues to grow and transform. In fact, a number of our favorite Disney California Adventure rides — many listed below — were once something else!

No trip to Disney California Adventure would be complete without a visit to Cars Land and Radiator Springs Racers. This combination dark and thrill ride starts off with a scenic drive through the gorgeous Ornamental Valley. From there, you'll encounter Mater, Doc Hudson, Lightning McQueen and other "Cars" characters as you ahead into town ahead of the real action. After a tire change or a fresh coat of paint, you're ready for the open road! The Cadillac Range mountains are the backdrop for a high-speed road race through the hills and high-banked turns. You’ll want to acquire a FASTPASS for this ride first thing in the morning before they all zoom off. The FASTPASSES for this ride are distributed near “it’s tough to be a bug” before you even get to Cars Land. 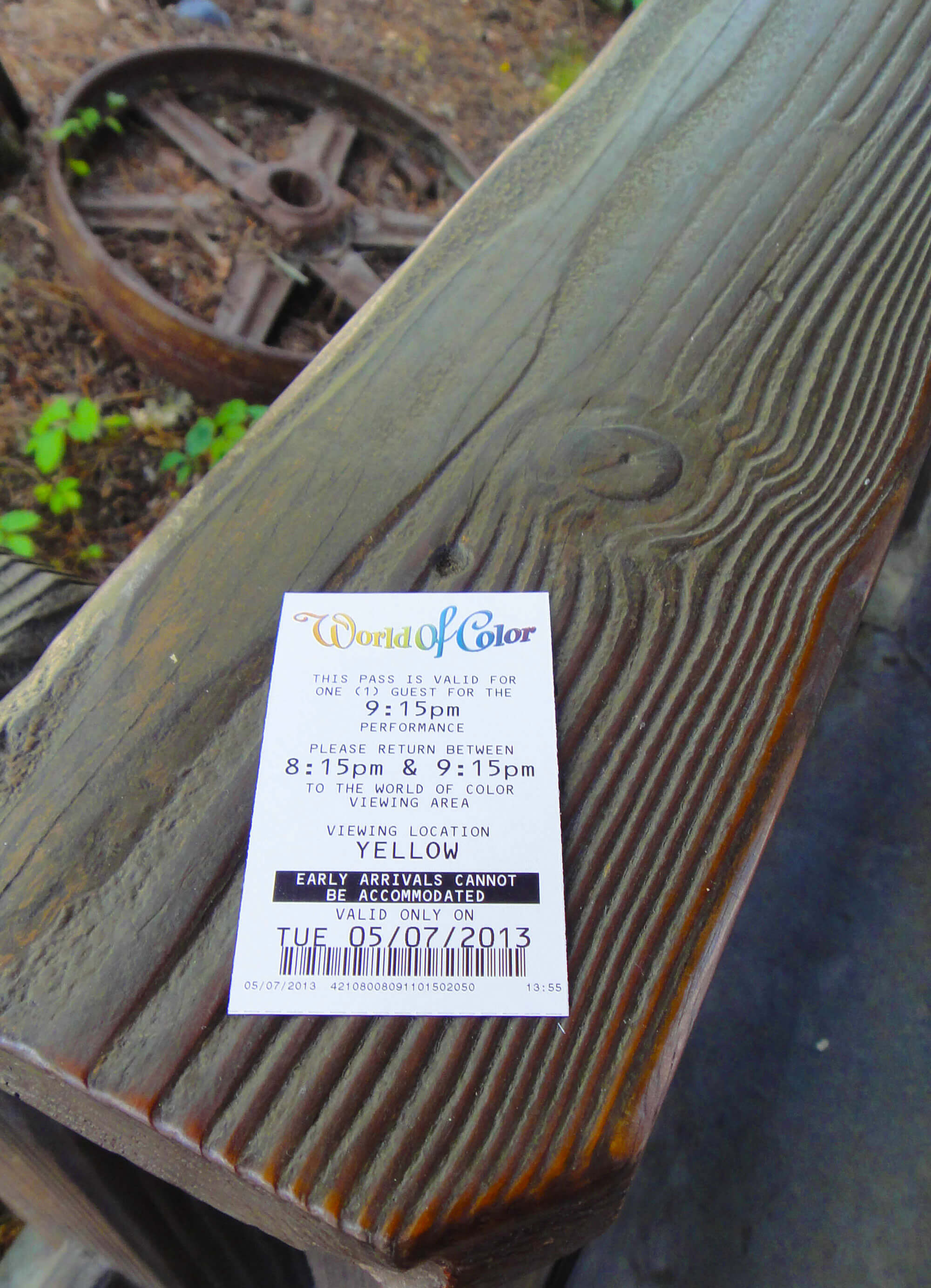 This spectacular 28-minute show displays scenes from your favorite Disney films on a humongous screen of water! Nearly 1,200 fountains shoot water 200 feet into the air during this kaleidoscope of color and sound. Make sure to pick up a FASTPASS for the show near The Little Mermaid — Ariel's Undersea Adventure so that you will get a good spot for the show (don't worry, it's not connected to the rest of the FASTPASS system). When there are two shows, the later one is usually less crowded.

3. California Screamin' (Set to become The Incredicoaster in summer 2018!) 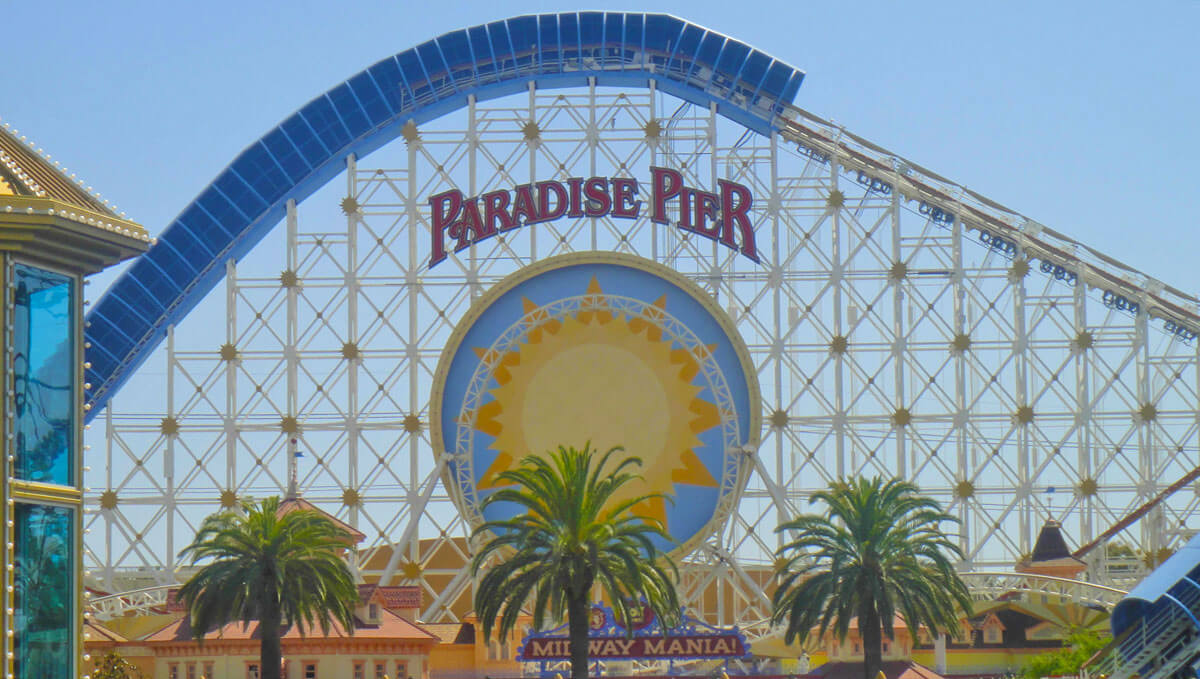 The Incredicoaster in the new Pixar Pier area is rethemed from California Screamin’ and includes enclosed tunnels and a crazy story line that involves the Incredibles (the Parr family). Help Mrs. Incredible, (secret identity Elastigirl) catch baby Jack-Jack after a babysitting incident goes wrong. This steel coaster made to look like an old-fashioned wooden roller coaster is one of the fastest rides at any Disney theme park and the only ride at Disneyland to include an inversion. At an altitude of 120 feet, you'll have prime views of the surrounding park and beyond! 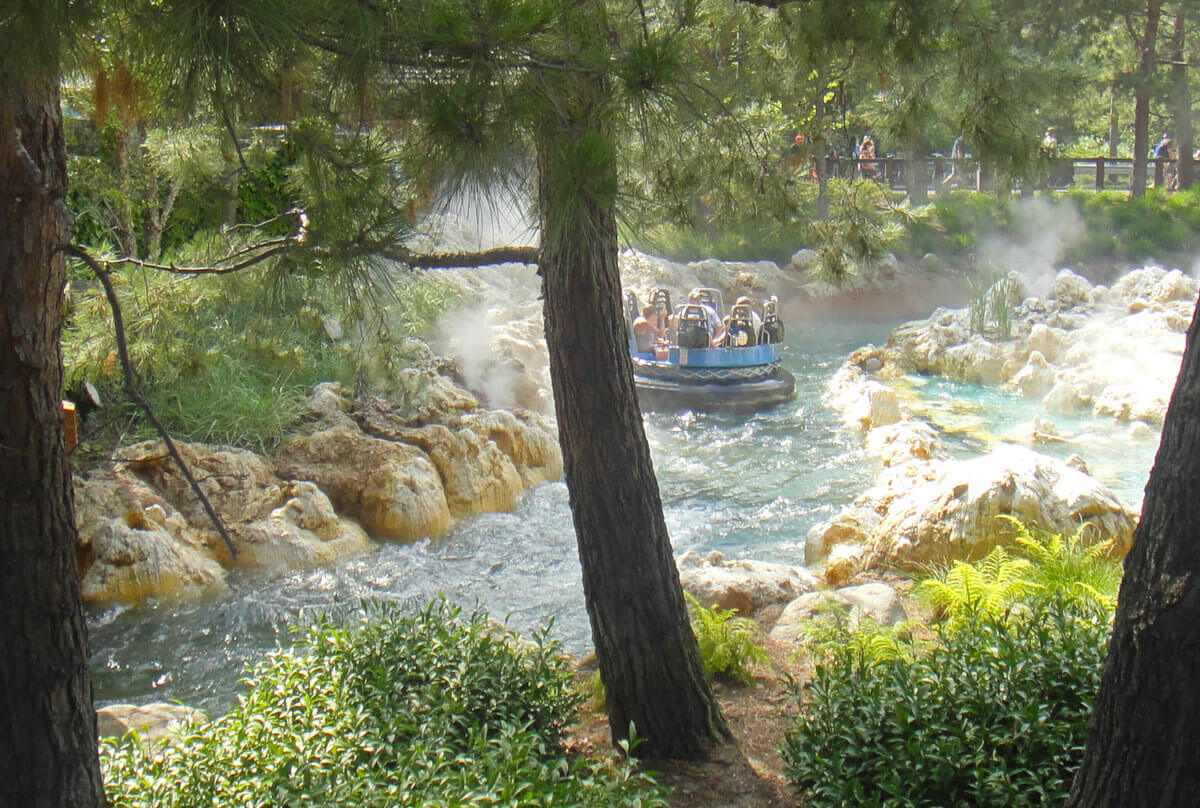 This white-water, river-rafting adventure will leave you breathless and soaking. The Grizzly River Rafting Company will transport you up 275 feet to the top of Grizzly Peak aboard an eight-person raft before sending you back down the roaring rapids. 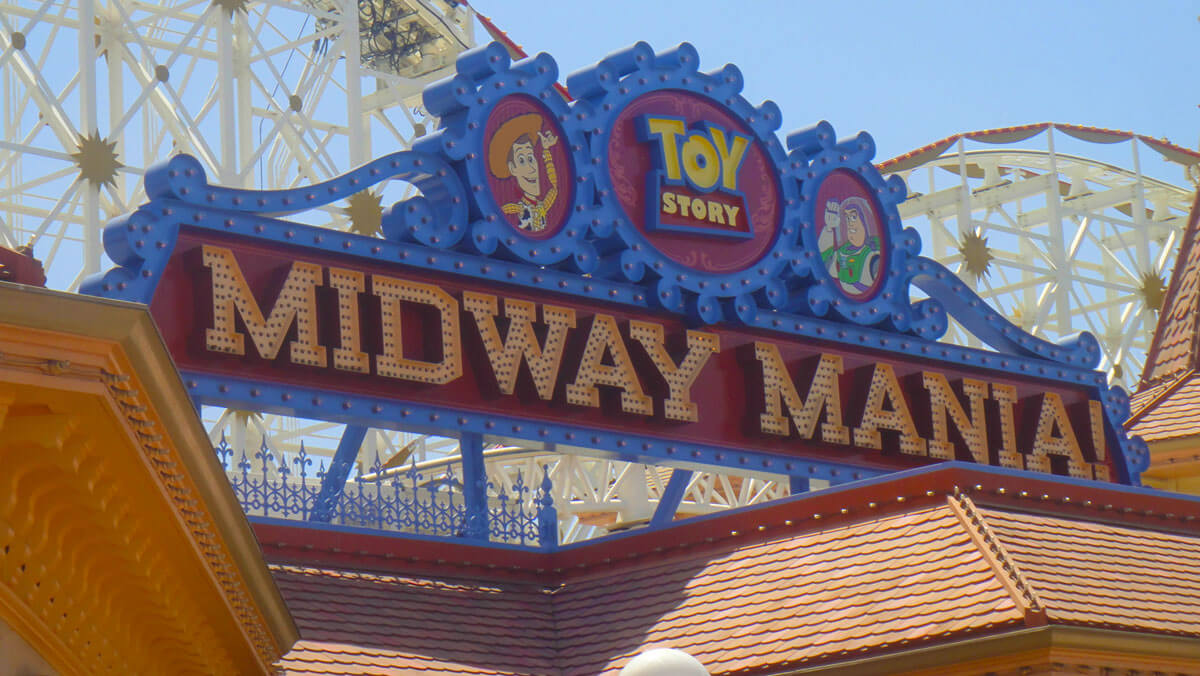 Test your aim inside this 3-D carnival-style, midway shoot-em-up. You'll play several games inside the midway, each with different targets and requiring different skills levels. Hit the secret targets and you'll unleash even more targets worth more points! While waits do build for this attraction, you can now use FASTPASS (and MaxPass) to reserve your ride time and skip the line.

6. Soarin' Around the World 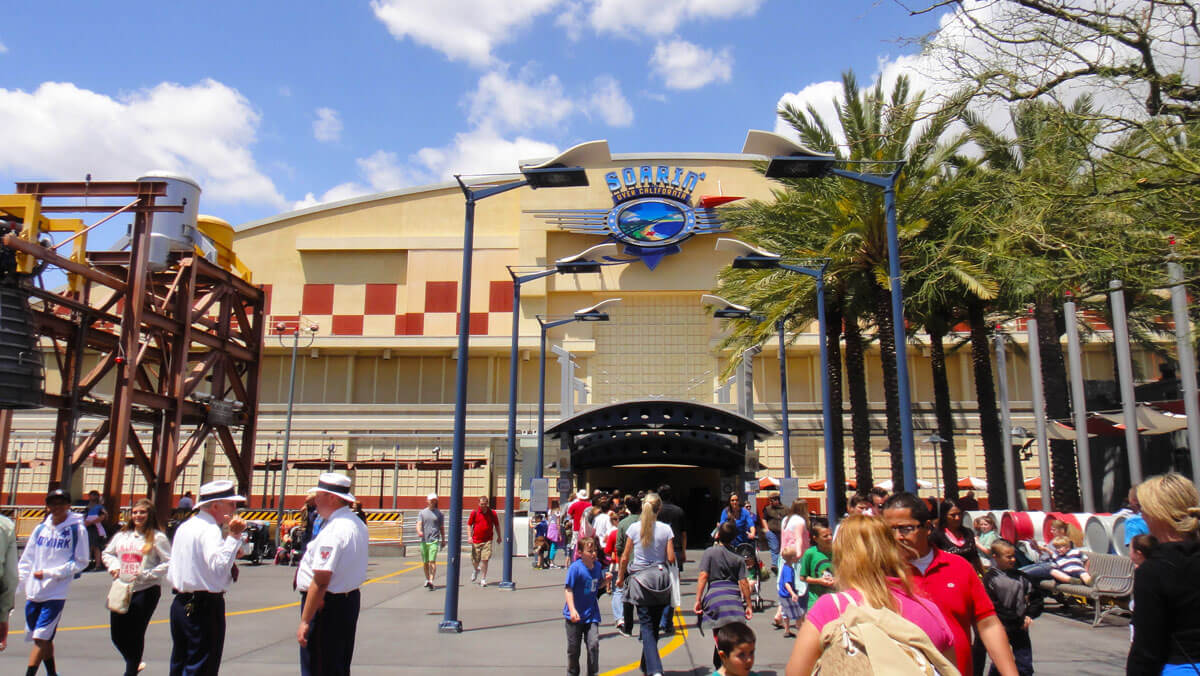 Get ready to hang glide over beautiful spots around the world. Once your feet leave the ground, your journey begins. You'll soar over the Matterhorn in Switzerland, Greenland, Sydney Harbour, Neuschwanstein Castle in Germany, Kilimanjaro in Tanzania, The Great Wall of China, The Great Pyramids in Egypt, Taj Majal in India, Monument Valley in Arizona, Fiji, Iguazu Falls in Argentina, the Eiffel Tower, and of course soar over Disneyland before landing. You’ll experience aromas associated with some of the places and might even catch some hidden Mickeys or other cool details in the scenery.

7. Guardians of the Galaxy — Mission: Breakout!

The new Guardians of the Galaxy ride — which took over the now-closed Twilight Zone Tower of Terror — is definitely a favorite not-to-miss Disney California Adventure ride, whether you have seen the movies or not. The Collector has gathered living specimens and other treasures from around the Galaxy to put on display, including his latest acquisition, all five Guardians of the Galaxy. Rocket Raccoon — the self-proclaimed smart one — escapes and needs your help to free his friends. So begins your exciting adventure with a rockin’ soundtrack and exhilarating free-fall drop sequences. With six different versions of the ride — each with its own song, drop sequences and scenes of the escape — you’ll want to ride again and again and again.

8. Frozen - Live at the Hyperion

This hour-long, Broadway-style musical brings to life the Disney hit "Frozen," including the spectacular soundtrack at the majestic Hyperion Theatre! You'll join Anna, Elsa, Kristoff, Sven and everyone's favorite snowman — Olaf! — in singing along to the film's classics. 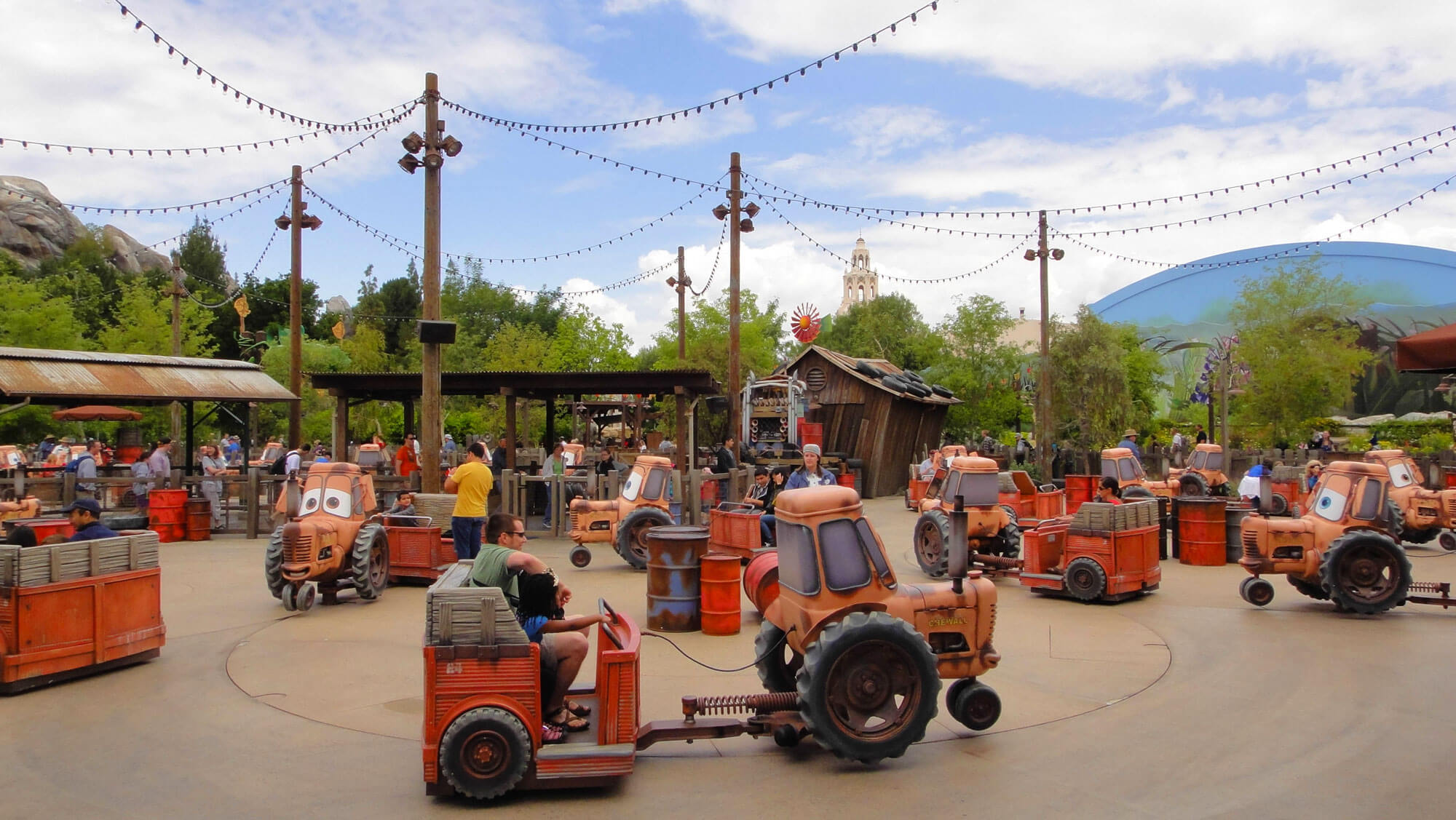 Whether you're a Cars fan or not, you won't want to miss this square dance by a herd of mini-tractors. Grab your partner and get ready to do-si-do aboard the tractors that spin around the outdoor dance floor. 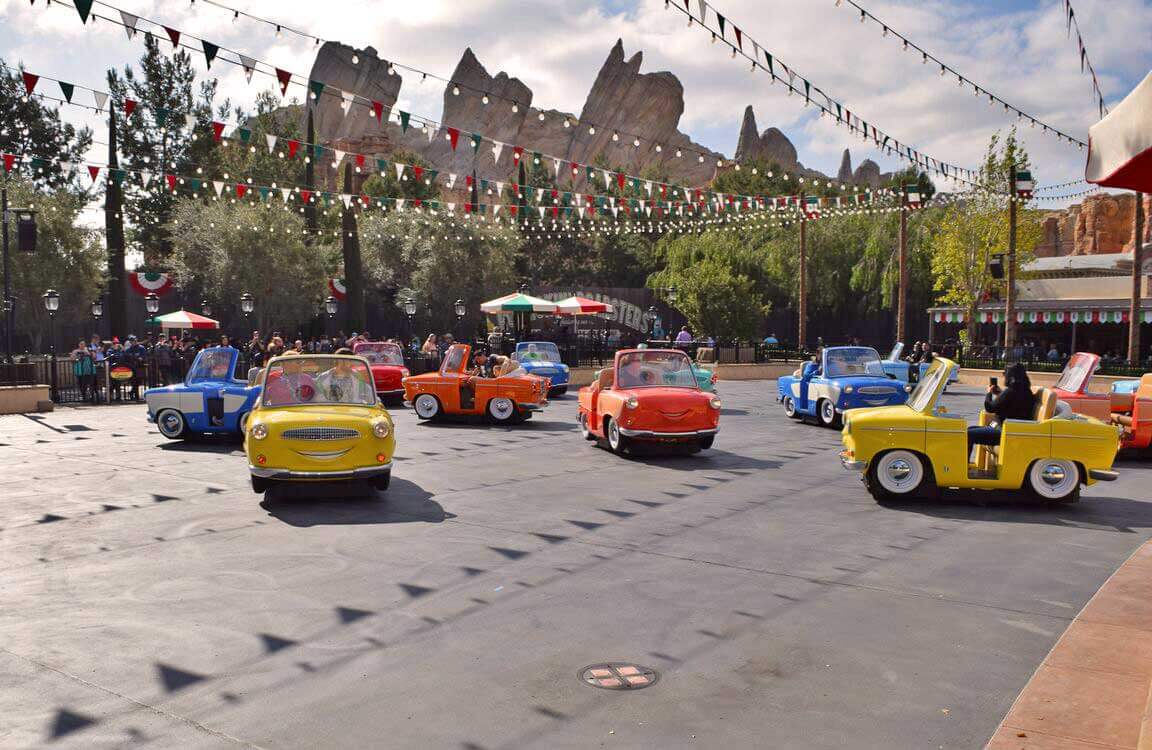 Luigi’s Famiglia — the cousins from Carsoli—are here to teach you some traditional dances from the old country. Luigi has transformed the backyard of Casa Della Tires into a dance floor. Hop in and buckle up because you’re going for a spin in a trackless dancing car.