If you're a coaster junky, it doesn't get any better than Six Flags Magic Mountain. The amusement park nestled in beautiful Valencia, Calif. (just north of Los Angeles) holds the world record for the most roller coasters. And that's not just grownup coasters, although it has plenty of those! With the opening this summer of Speedy Gonzales Hot Rod Racers, the park has more kids' coasters than any other park in the country. While there are rides for those of you who like it just a little bit tamer, thrill lovers will find more not-to-miss Six Flags Magic Mountain attractions that involve speed, inversions and drops!

For sheer originality, X2 tops our list of not-to-miss Six Flags Magic Mountain attractions. Instead of fixed seats, you'll find 360-degree rotating seats that will have you flipping, literally, as you run through dives, flips and sheer drops at speeds up to 76 mph.

This is the world's highest, fastest and longest stand-up roller coaster in the world. Did you catch the park where I said stand up? Yes, you'll be standing up as you hit loop after loop at top speeds of 65 mph.

Take a drop like no other on this 415-foot-tall drop tower that will take you up more than 40 stories in the air and then drop you back down at 85 mph. With a drop of 400 feet, it's the second tallest in the world! 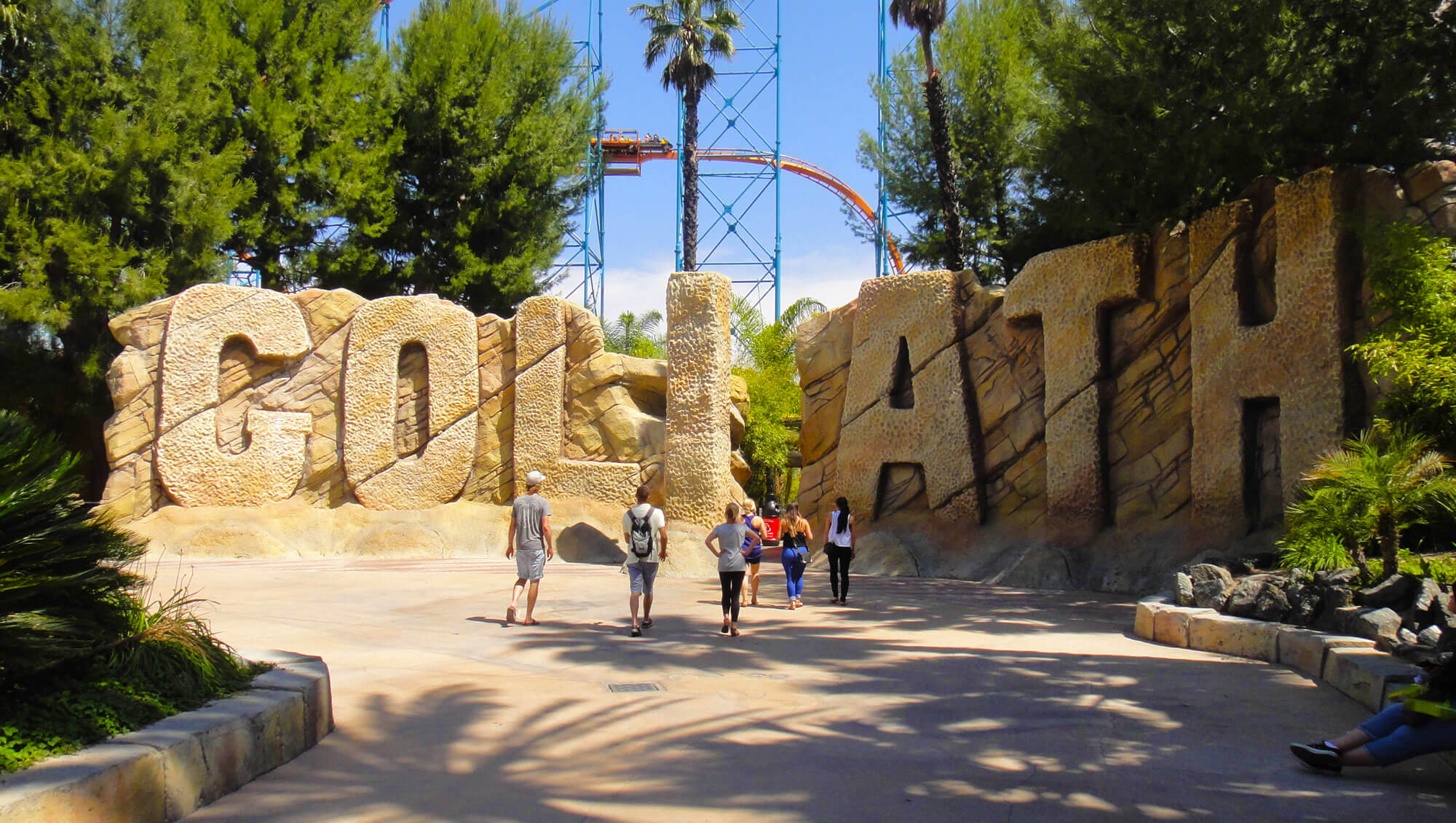 It's called Goliath for a reason! This steel coaster towers over other coasters with a 255-foot drop (some 26 stories) that will have you reaching top speeds of 85 mph.

This face-down, flying coaster offers some of the most amazing views of the entire park and surrounding Valencia. With a 263-foot elevation change over the Six Flags "mountain," Tatsu will have you hitting speeds of 62 mph while racing past trees, earth and rock!

Get ready to go from zero to 100 mph in seven seconds, because that is what it will take to blast out of Krypton and up to the top of a 415-foot-tall tower (the same shared by Lex Luthor's Drop of Doom). You'll experience 6.5 seconds of pure weightlessness as you race back down to the ground at 92 mph. 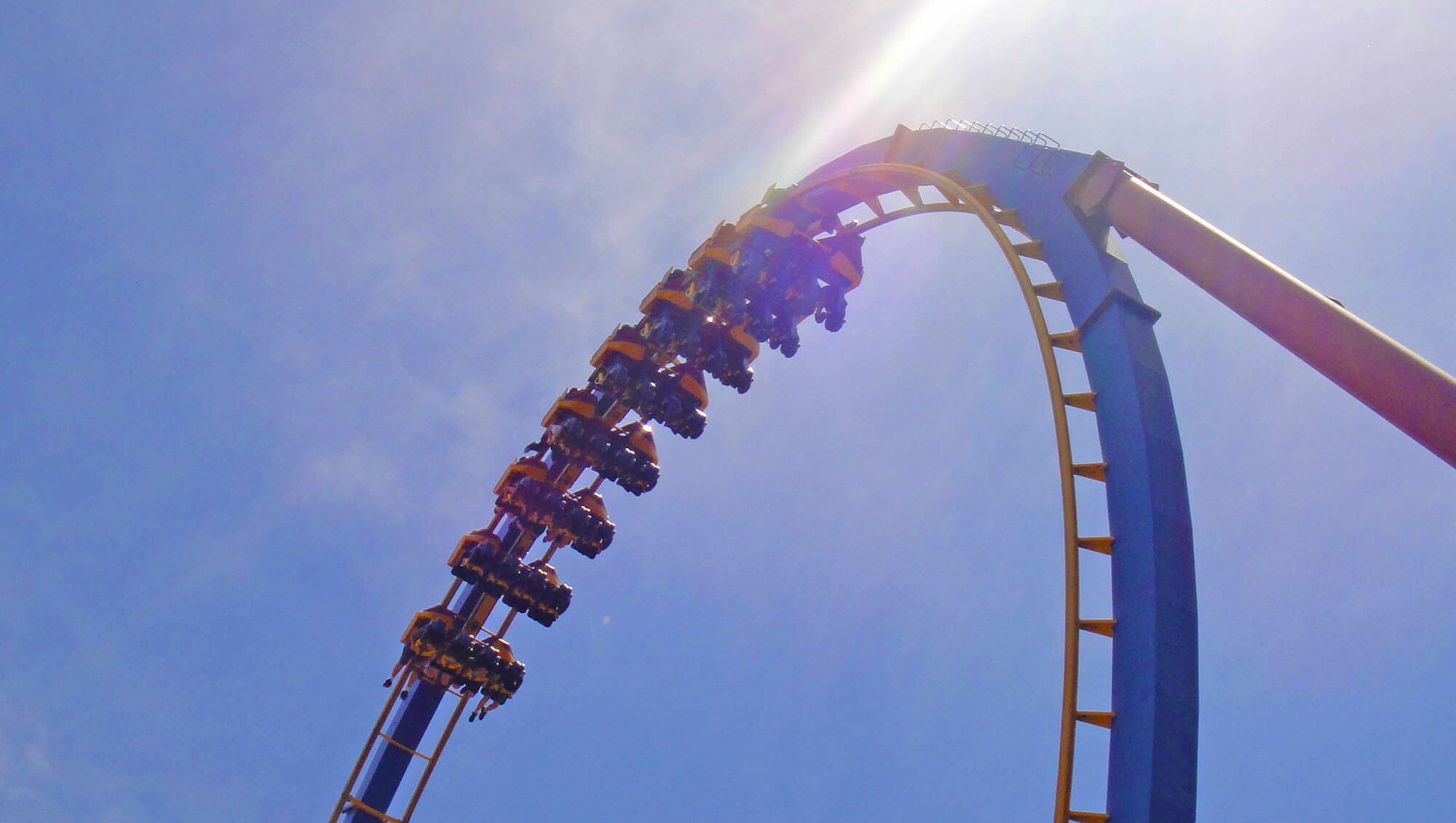 With seven loops hitting speeds of 65 mph, you're bound to scream as you experience what it's like to really fly on this steel coaster.

Introduced in 2013, Full Throttle holds the distinction of being the tallest and fastest looping coaster in the world. Hang onto your hat, because you'll be traveling up to 70 mph around a loop 160 feet in the sky not once but twice!

For old-school coaster fans, Apocalypse is just the ticket. This high-speed, wooden coaster takes you through a series of five steep drops at 52 mph. After the closure this August of Colossus, Apocalypse will be Magic Mountain's last remaining wooden coaster.

We hope you've enjoyed our look at the not-to-miss Six Flags Magic Mountain attractions. Ready to go? Buy your tickets here. If you're looking for help planning your trip, start with our Los Angeles Planning Guide, which includes all of the area major attractions.