What Opened at Disney World and Universal in 2018

'Sup! Welcome to Tad's toadally awesome list of what opened at Walt Disney World, Universal Orlando and the other parks in 2018! You tad fans know I’ve been keeping tabs on all the attractions and experiences headed to the Orlando theme parks over the last few years, and I have no plans to stop! (You can see what opened in 2017 and previous years here.) This post is super hopful if you haven't been to the parks in a few years, and you've got a trip coming up! Use it alongside my post of what's opening in the parks in 2019 and beyond. You should toadally make a list of what you don't want to miss! Catch you in the parks! 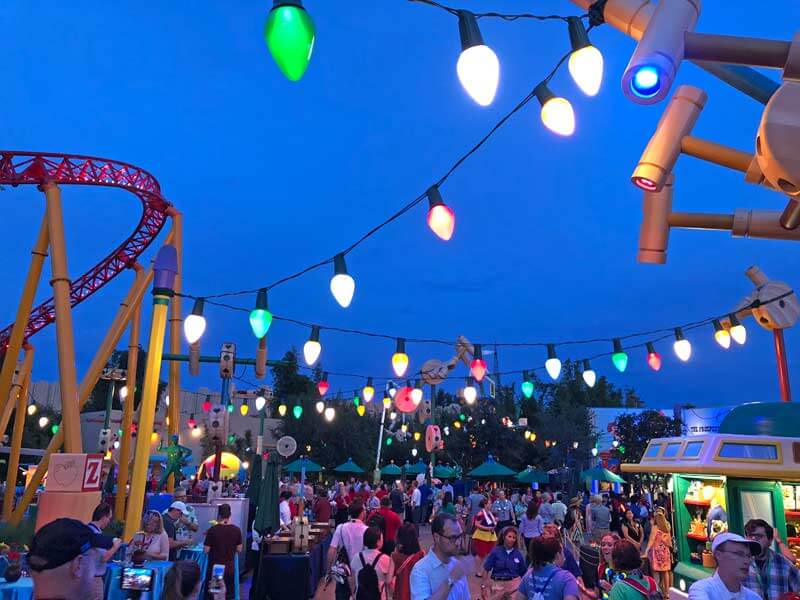 What Opened at Disney World and Universal in 2018 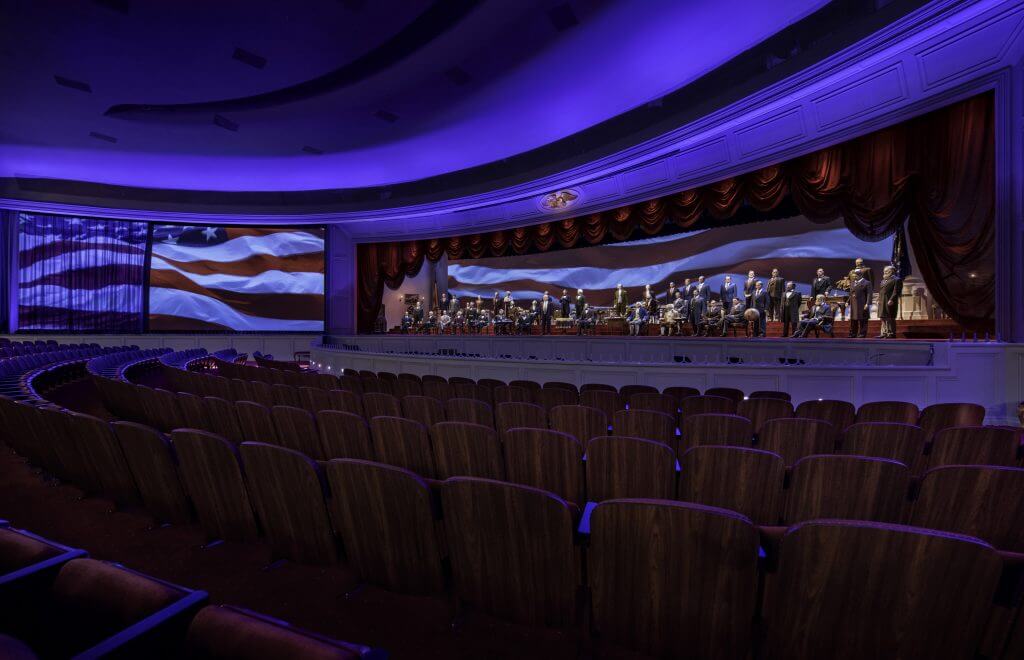 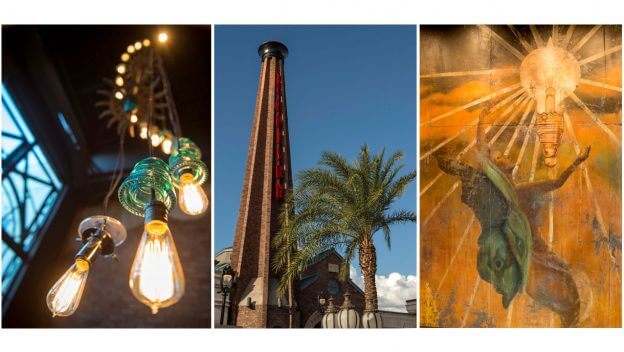 Wine Bar George  — now open —  Master Sommelier George Miliotes returns to Disney (he helped open California Grill in 1995) with an intimate wine bar that resembles a winemaker's home estate. I'm a teenager and don't know what any of that means, but mom says it's fancy, so, cool. Yay, wine people.

Maria And Enzo's — now open — Located next to The Edison, this Italian restaurant will be designed as speakeasy feel, matching the feel of its neighbor. This table service and fast casual restaurant will be run by the Patina Group, operators of Morimoto at Disney Springs and Via Napoli at Epcot.

Disney Tails — now open — Disney's adorable line of pet toys and accessories has expanded into its own retail location so you can bring home some park-themed souvenirs for your furry friends. There's a Haunted Mansion collection, so we're already sold.

The Art of Disney Presents Greg McCullough — Nov. 3, 2018 - Jan. 1, 2019 — In the former location of Little Miss Matched, one of our favorite artists is setting up shop with his beautifully unique collection of Disney art. You can even catch him for autographs, meet-and-greets and live painting daily from 1:00 p.m. to 7:30 p.m. (except Mondays.) 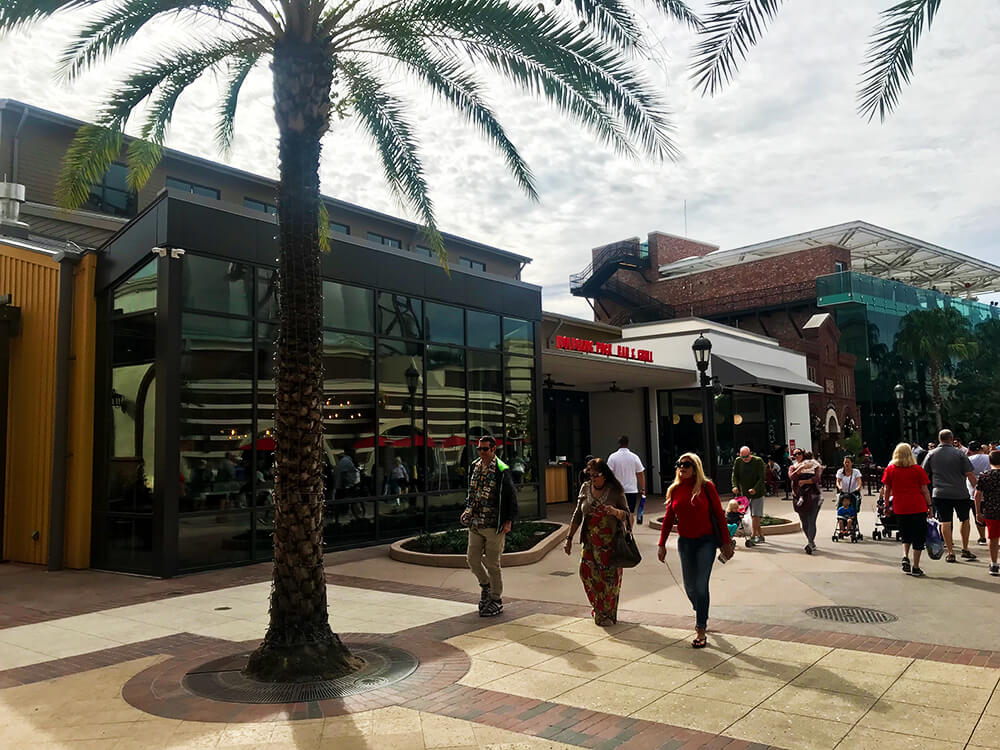 Ralph Breaks VR Hyper Reality Experience — opening Nov. 21, 2018 — This multi-sensory experience will immerse guests in the world of Ralph Breaks the Internet. Teams of four will break the internet with Wreck-It-Ralph and Vanellope von Schweetz disguised as characters from the film "Netizens." Guests will need to be at least 48 inches tall and 10 years old. 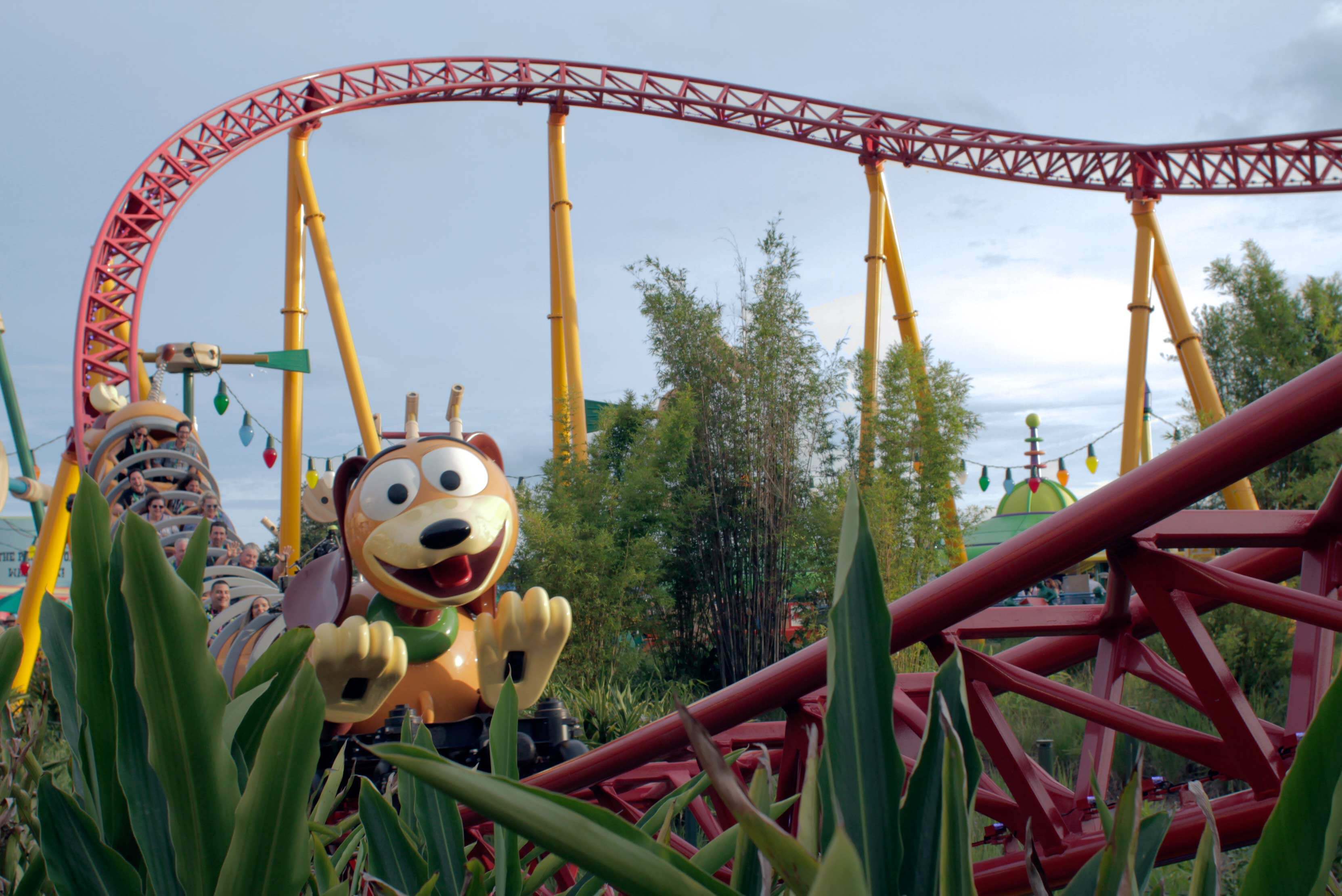 Explorers Meet UP! A Great Bird Adventure — now open — Russell and Dug help guests discover species of birds from around the world in their newest adventure at the Caravan Theater in Anandapur Village.

A "Dino-Tastic" Celebration for Donald Duck — now open — Donald Duck, LaunchPad and Scrooge McDuck take over Dinoland, U.S.A. for a fun, new character celebration. Rumor has it, this will be a permanent fixture at Animal Kingdom!

H2O Glow Nights — ended Summer 2018 — Woody, Buzz and Jessie throw a party on the beach complete with dancing, party games, character meet-and-greets and access to all of the attractions after hours.

Multi-use sports and entertainment venue — now open — This one-of-a-kind venue will accommodate 8,000 fans and has the ability to be configured for events such as volleyball, basketball and concerts. A large number of cheerleading competitions are held at Disney World, and the ESPN complex hosts the Cheerleading World Championships each April. Lily, the resident jumper, will certainly enjoy this. 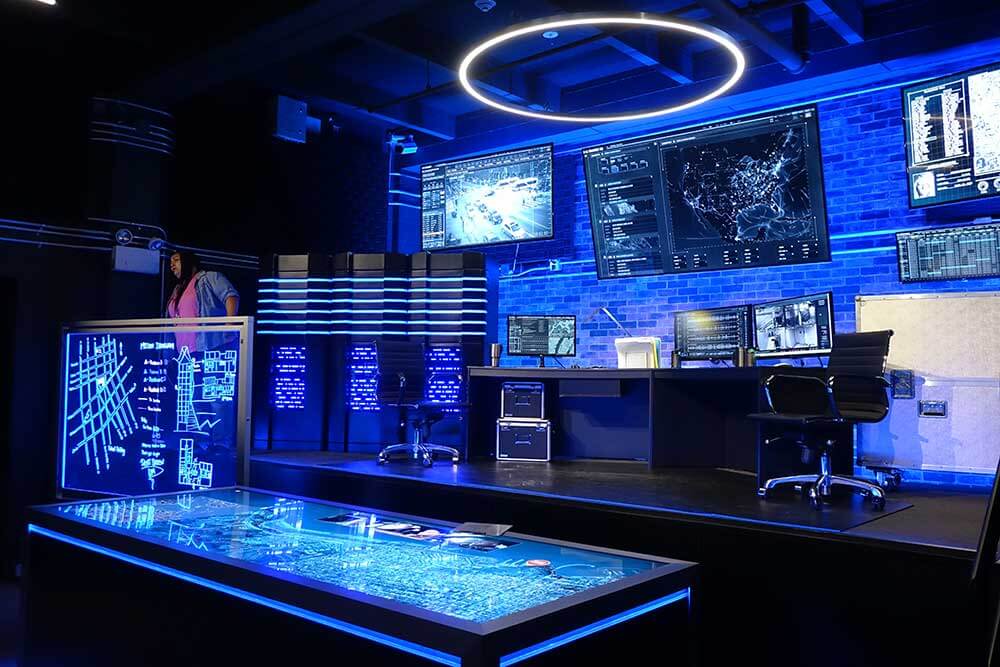 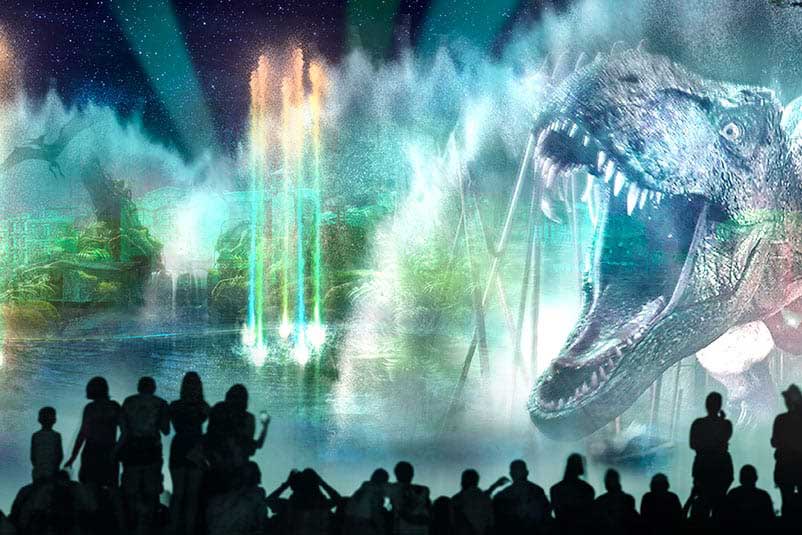 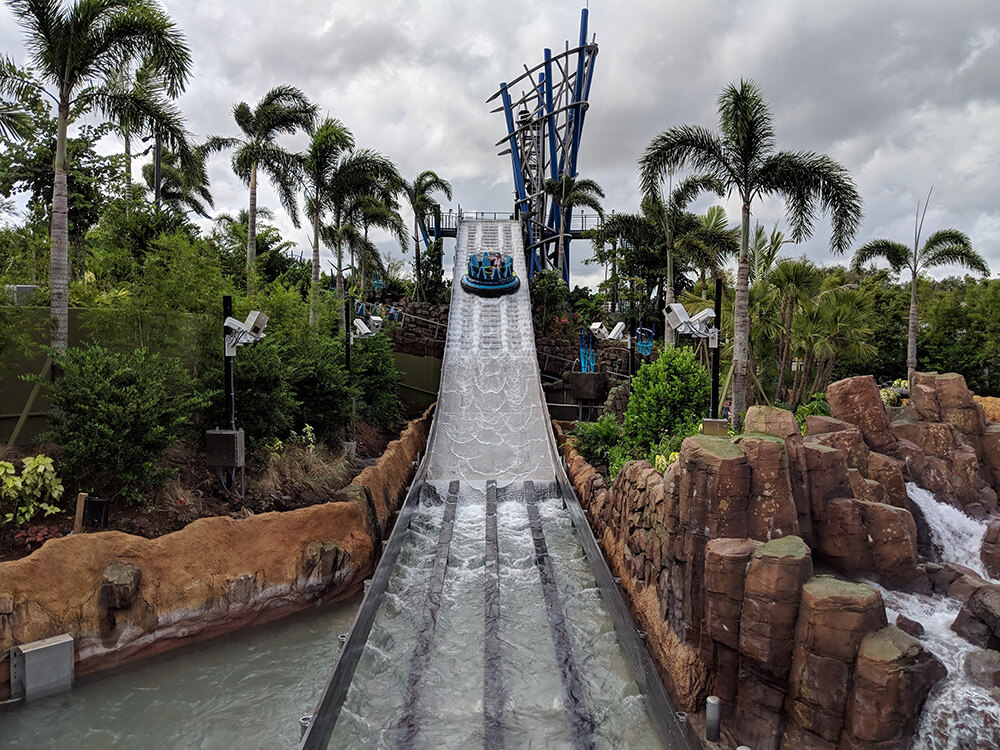 Infinity Falls — now open — Just when you think you know raft rides, SeaWorld changes the rules. This new ride will take you through the remains of an ancient civilization, past fountains, and waterfalls. World class rapids will spin and soak you, but that's nothing compared to the end. Your raft will enter a lift and be elevated to the top of Infnifty Falls. From there, you'll plunge down the tallest drop of its kind into the churning  water below. The journey ends at Harmony Village, where you'll be informed and inspired to spread the message of conservation.

Ray Rush — now open — At nearly 60 feet tall, this new raft ride will send families  on three exciting thrills as they slide, splash and soar like never before. Riders will be launched at 33 feet per second with water jets designed to propel rafts into the first of several enclosed tube sections. Next, riders will swirl into a colossal translucent sphere which spins the raft around the slide walls before entering another enclosed tube section. Finally, riders will drop into an open-air halfpipe that resembles the shape of a manta ray. Rafts will soar back and forth on the wings of the manta before entering the final enclosed tube section that ends with a splash.

I hope you've toadally dug my list of what opened at Disney World and Universal in 2018! Don't froget, you can see what's coming to the parks. Hop on over to our When to Visit Orlando page for more planning tips, part of our Orlando Planning Timeline!