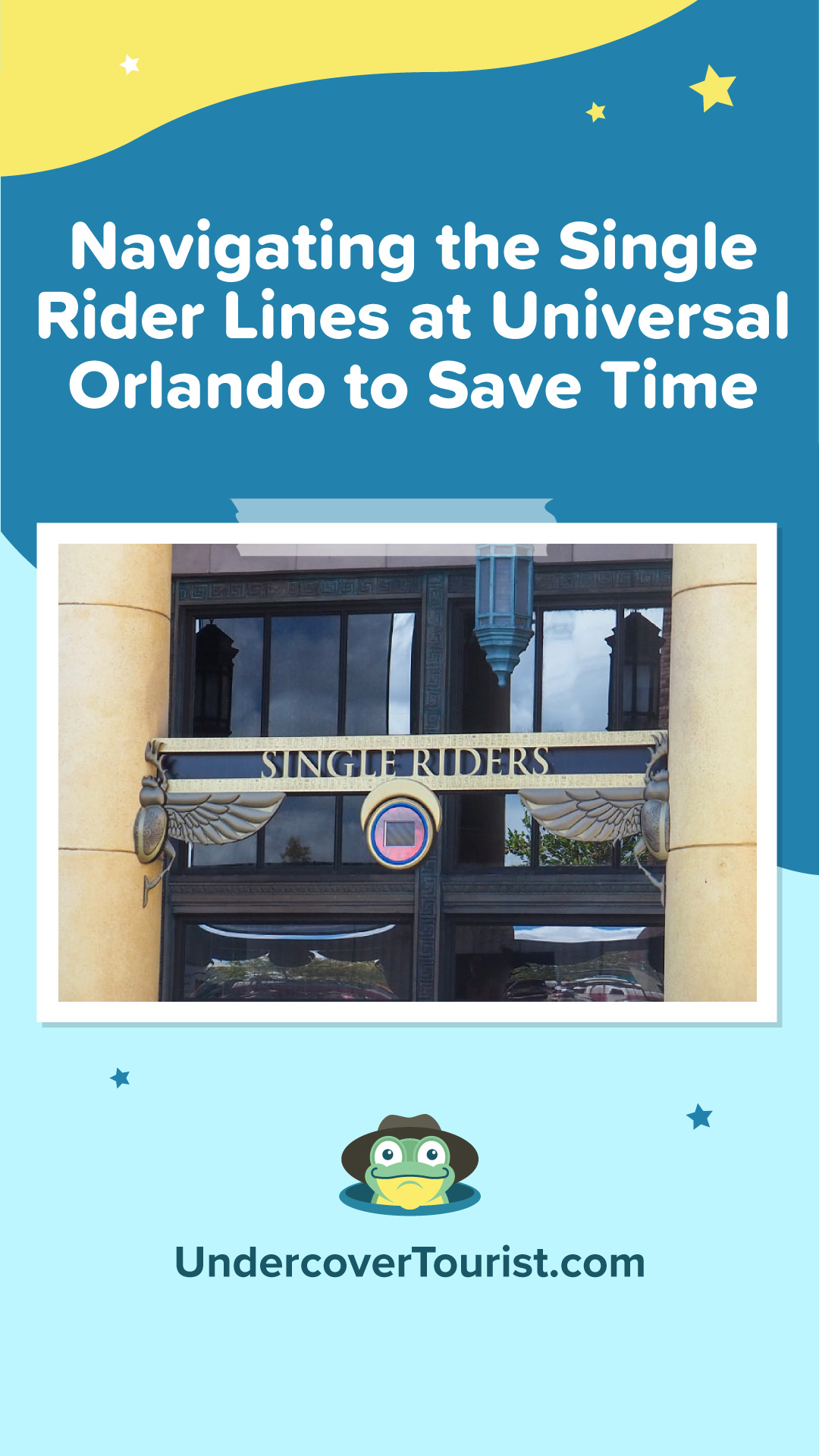 It’s nearly impossible to avoid lines at a theme park, but there are ways to reduce the waiting game! At Universal Orlando Resort, every ride has a typical standby line. Most of the popular rides also have a separate line for frogs with an Express Pass, which allows you to skip ahead to a certain point in the standby line. While skipping the lines is toadally awesome, the downside is that Express Passes can be a pricey upgrade ... especially when you're looking to purchase for the whole frog fam. However, you can consider a third choice: the single riders line.

The single rider lines at Universal Orlando can be a major time-saving option without an extra charge. As long as you don’t mind splitting up your frog squad, it can be worth hopping through this line. Some of the single rider lines work more efficiently than others, though, so we’ll tell you all about the ins and outs of this special line system.

How the Single Rider Lines at Universal Orlando Work

The single rider line is perfect for solo travelers or groups who are willing to be separated for the duration of the ride. Universal uses this separate line so that the ride attendants can fill in empty seats, thus loading as many people as possible to make the queuing process more efficient. There are signs that mark the entrance of a single riders line, but ask a team member if you have any trouble finding it. 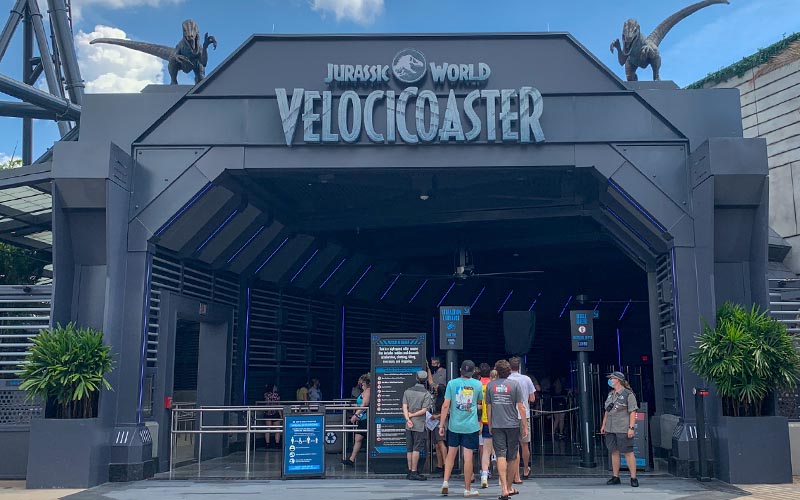 If you’re not a solo frog, you can still enter the single riders line with your group, and you’ll stick together in the queue. However, once you get to the ride’s boarding area, you’ll split up when empty seats become available so there's no need to inform a team member how many frogs are in your party. Sometimes you may get lucky and be able to sit next to one other person from your party, but it’s rare and not guaranteed. You should also avoid convincing the ride attendant to let you ride together. It’ll just hold up the loading process, and it isn’t fair to the other frog families who waited longer in the standby line.

Generally, the single riders line will save you time, but it varies on how much. The speediness of the line is unpredictable and will be dependent on the flow of odd-numbered groups. Since ride vehicles typically accommodate even-numbered groups easily, seats are left over when an odd-numbered party passes through. For instance, if there are four seats in the row and a group of three is assigned to that row, an extra seat will open up.

It also depends on how the ride’s seats are arranged. The single riders line at Jurassic World VelociCoaster more slowly, because it only seats two people to a row. An empty seat that’s left over from an odd-numbered party pops up less frequently. However, the ride vehicle at MEN IN BLACK Alien Attack seats three people in two rows, so it’s common for two single riders to join a group of four. 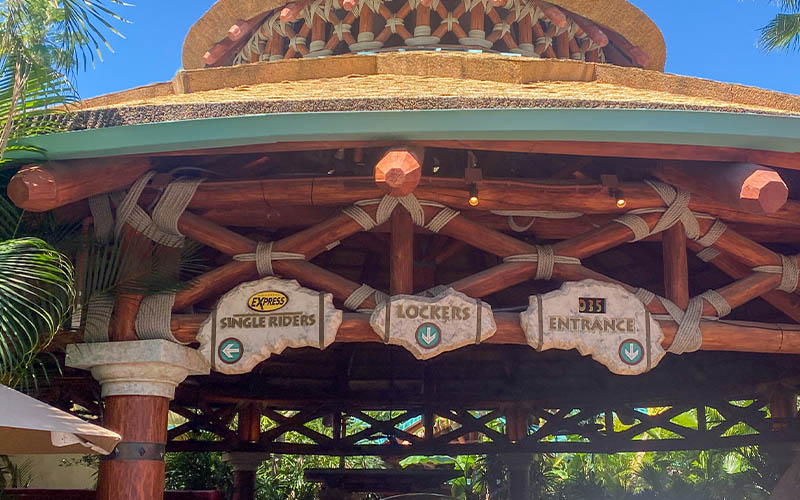 The availability of the single rider lines at Universal Orlando is subject to change. For example, on our last trip to Universal's Islands of Adventure, the Single Rider line at The Amazing Adventures of Spider-Man opened and closed several times within the span of a few minutes! If the wait time for a standby line is already low, cast members may direct you to the regular line. (And at that point, it may be worth keeping your frog squad together anyway!) On the flip side, if a single riders line is super long and fills to capacity, cast members may temporarily close it until the line shrinks back down.

There's also the case of VelociCoaster which makes guests put their belongings in a locker half-way through the queue. If all the lockers in the Single Rider queue are full, team members will close the line until a fair amount of lockers become available again.

For the most part, the following rides have a designated single riders line that is almost always available: 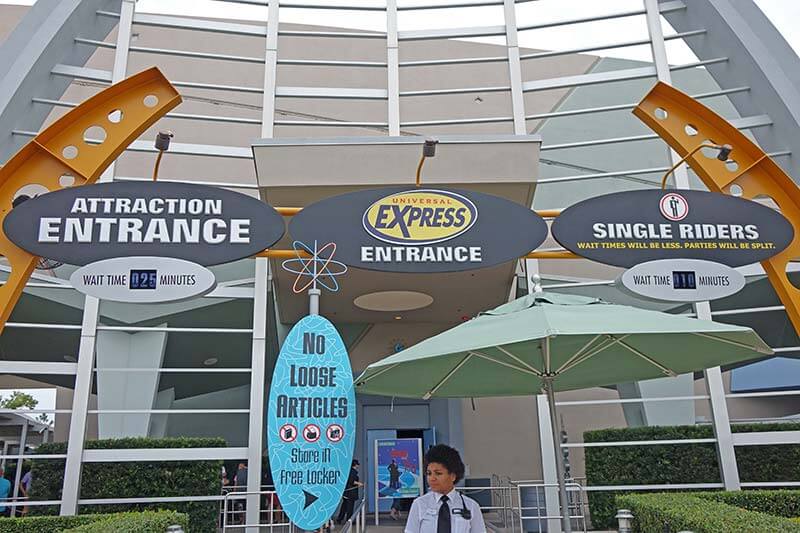 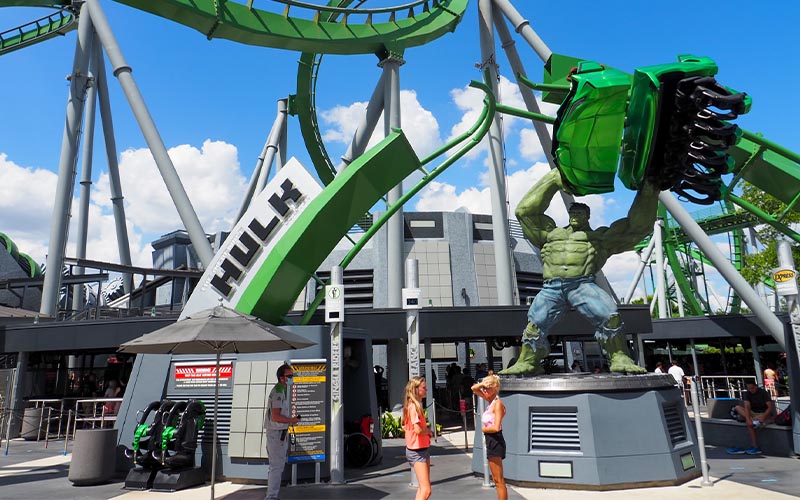 When to Use the Single Rider Lines 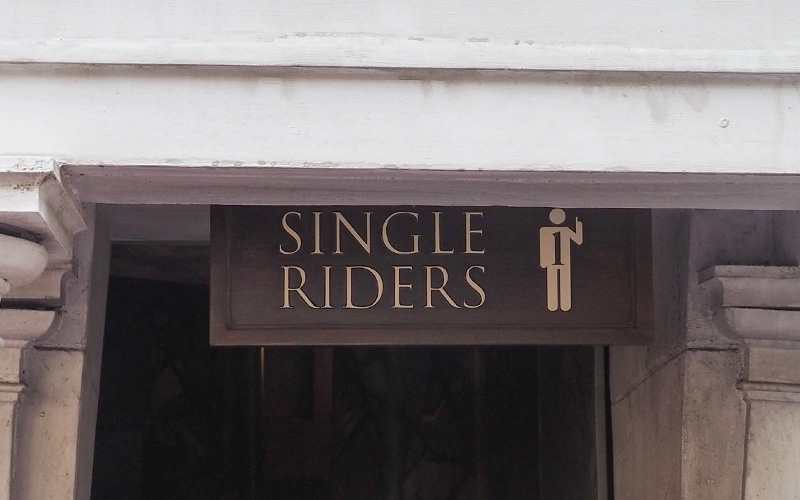 If you have tweens or teenagers, this line may especially be a great option, as they are less likely to mind riding with strangers. Meanwhile, younger kids may not want to ride with people who they don’t know — and likewise, I’m super protective of Lily! (Tad manages it with ease, and I feel less anxious about him riding solo.) However, as long as they are tall enough for the ride, tadpoles are allowed to be in the single rider lines.

Before you hop in line, pick a spot to meet up immediately after the ride!

As I mentioned before, there are some rides that have faster single rider lines. The single riders line at Harry Potter and the Forbidden Journey is one of our favorites, as it consistently cuts down on time and never feels like a long wait. One time, we were in and out of the ride within 25 minutes while the standby line’s wait time posted 60 minutes when we entered. That’s more than half of the time we would’ve spent waiting in the normal line!

If you’re going on a ride for a second (or third … or tenth) time, we recommend going through the singer riders line, especially if you opted for the standby line the first time around! Now that you know the drill, you can just skip through the switchbacks of the ride’s standby queue. However, your first time on a ride is a different story ...

When You Shouldn’t Use the Single Rider Lines 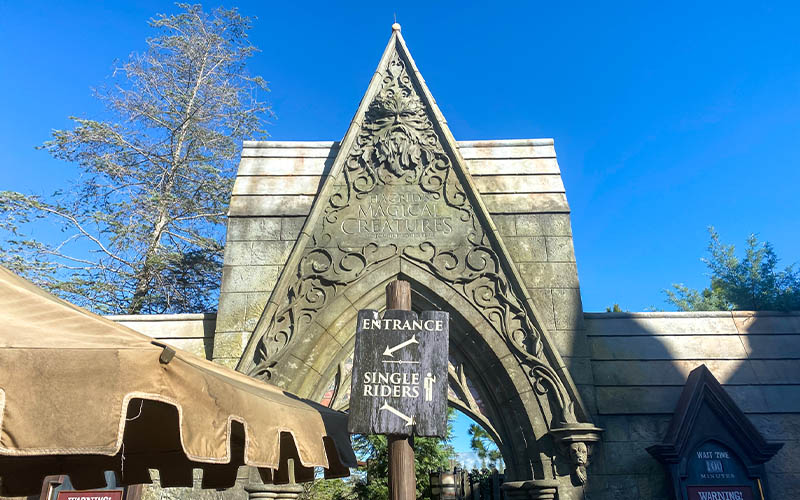 If it’s your first time on a ride, we actually think you should hop in the standby line to get the full experience for certain rides. Some of the best queues at Universal offer detailed set designs, pre-shows and entertainment that you don't want to miss. The backstories from the pre-shows typically set up the dialogue that you hear on the rides. The Express Pass and single rider lines usually skip over some of these elements.

In addition to missing parts of the queue, you may want to experience the first time on a ride alongside your family and friends. If capturing the memory is important to you, you'd want your frog squad together for the ride photo. Because MEN IN BLACK Alien Attack is a competitive shooter ride, it's more fun to battle against your friends.

But once you've gone on a ride, it makes a lot more sense to take advantage of its single riders line for repeat visits!

Will you be using the single rider lines at Universal Orlando as a tactic to save time? Tell us about your experiences in the comments below.

Related: The Ultimate Guide on When to Use Universal Express