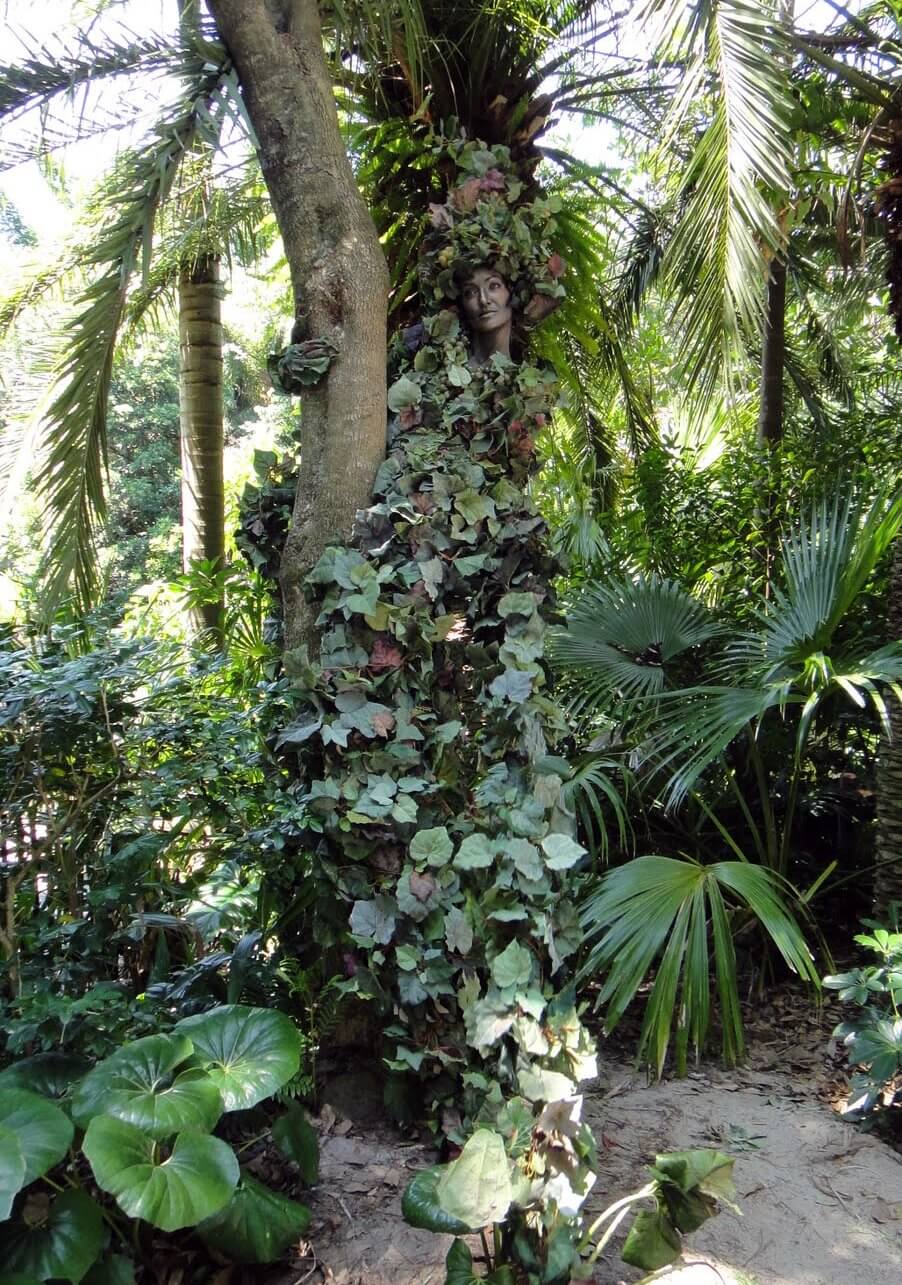 On the walkway between Africa and Asia in Animal Kingdom is one of the most captivating sights you’ll see in all the parks. If you’re lucky enough to be passing by as DiVine comes to life, you will be left speechless! Check out the video.

Have you ever watched them from the back of the park next to Dumbo the Flying Elephant? 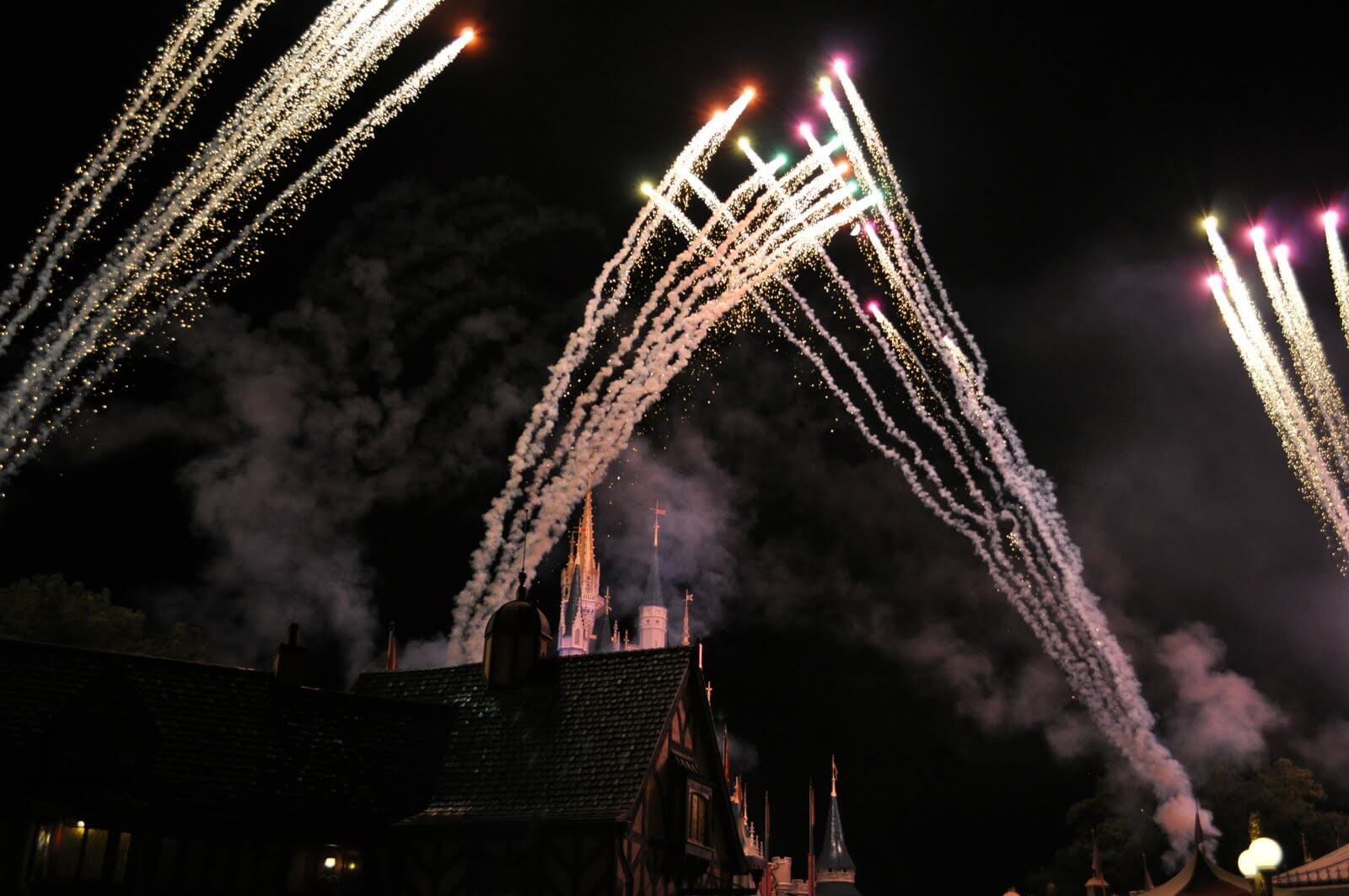 You will be surrounded by fireworks as they are launched all around you. On our last trip, there was even a Cast Member “conducting” the show pointing to the next spot they would appear. It was AMAZING! (Another neat way to see Wishes is as you ride Big Thunder Mountain Railroad. Check out the video.)

If you’re celebrating a birthday, anniversary, first visit, family reunion or other special occasion, be sure to stop by Guest Relations and pick up a Celebration Button. Wear it proudly! You’ll get all kinds of special attention throughout the day. 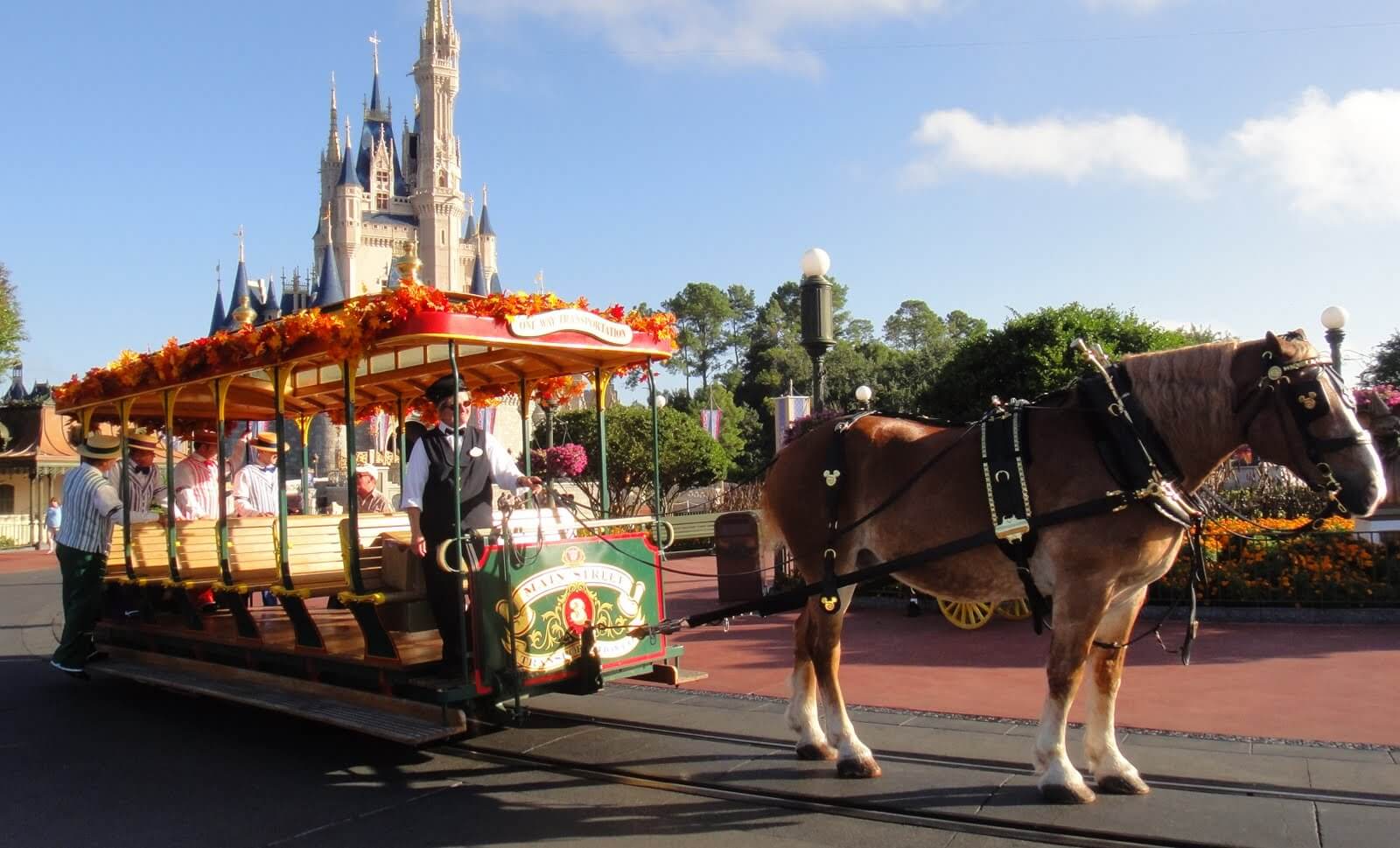 It’s understandable to head straight to the rides on particularly busy days at Magic Kingdom, but if you have the time, hop on a horse-drawn trolley for a trip up Main Street, U.S.A. The Dapper Dans Barbershop Quartet make this experience even more special. Watch the video.

Arrive at the Magic Kingdom at least an hour before park opening and grab a spot in front of the Main Street Railroad Station. What better way to start a day at Magic Kingdom than by counting down the park’s opening with Mickey and the gang!?! Watch the video.

Sometimes it’s the simplest things that get the most smiles and enjoyment. Tad and Lily love Kidcot Fun Stops located in each country's pavilion in World Showcase. The attending Cast Members are actually from the country they represent, so in addition to a free Duffy Bear souvenir, the kids (and parents) get a fun social studies lesson. 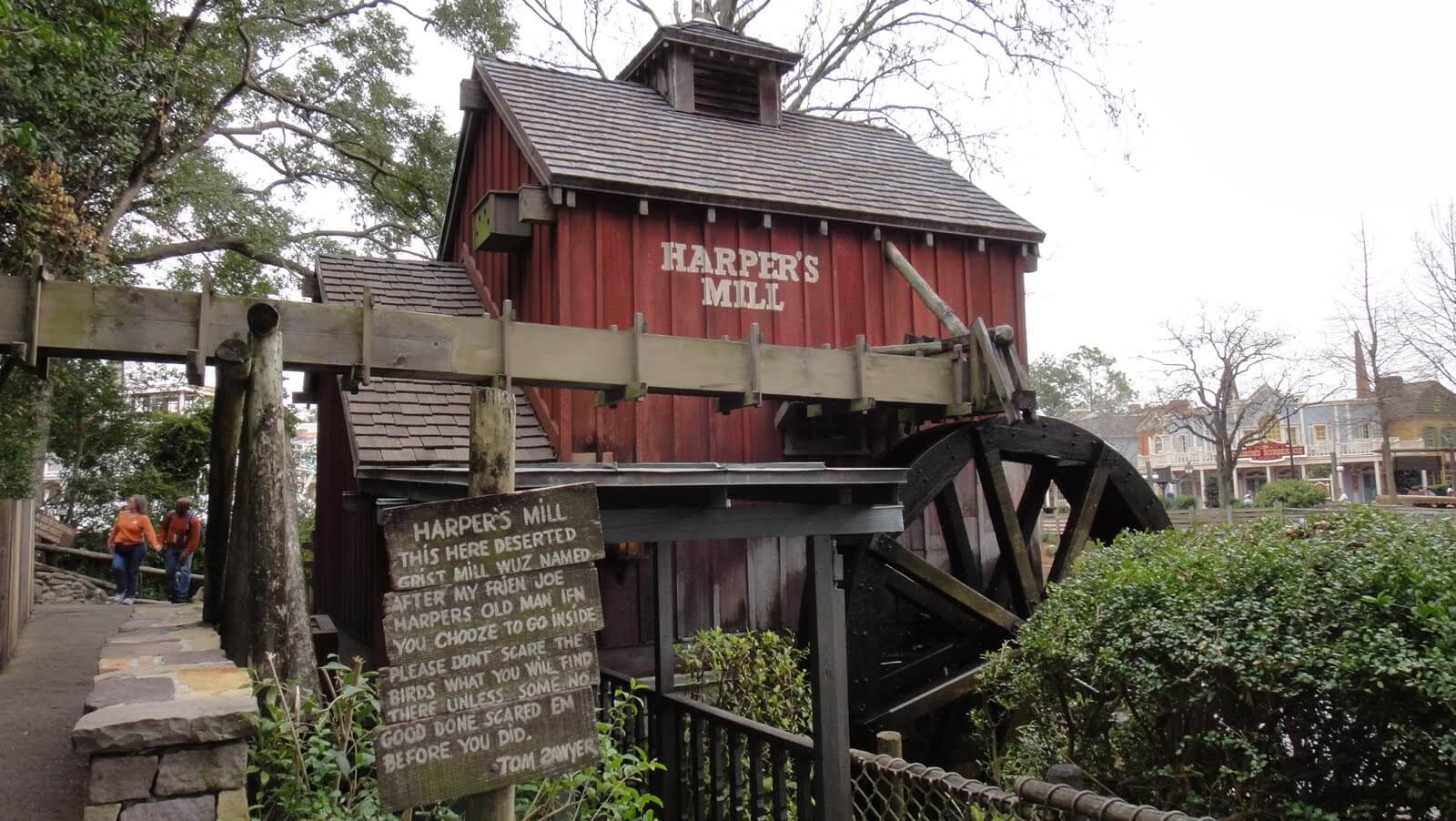 Every time we step onto the raft to cross over to Tom Sawyer Island, I’m hit by a wave of nostalgia. Watching Tad and Lily let their imaginations run wild and enjoy a nice break from the fast pace of the rest of the park brings back memories of when I did the same thing when I was just a tadpole. Watch the video. 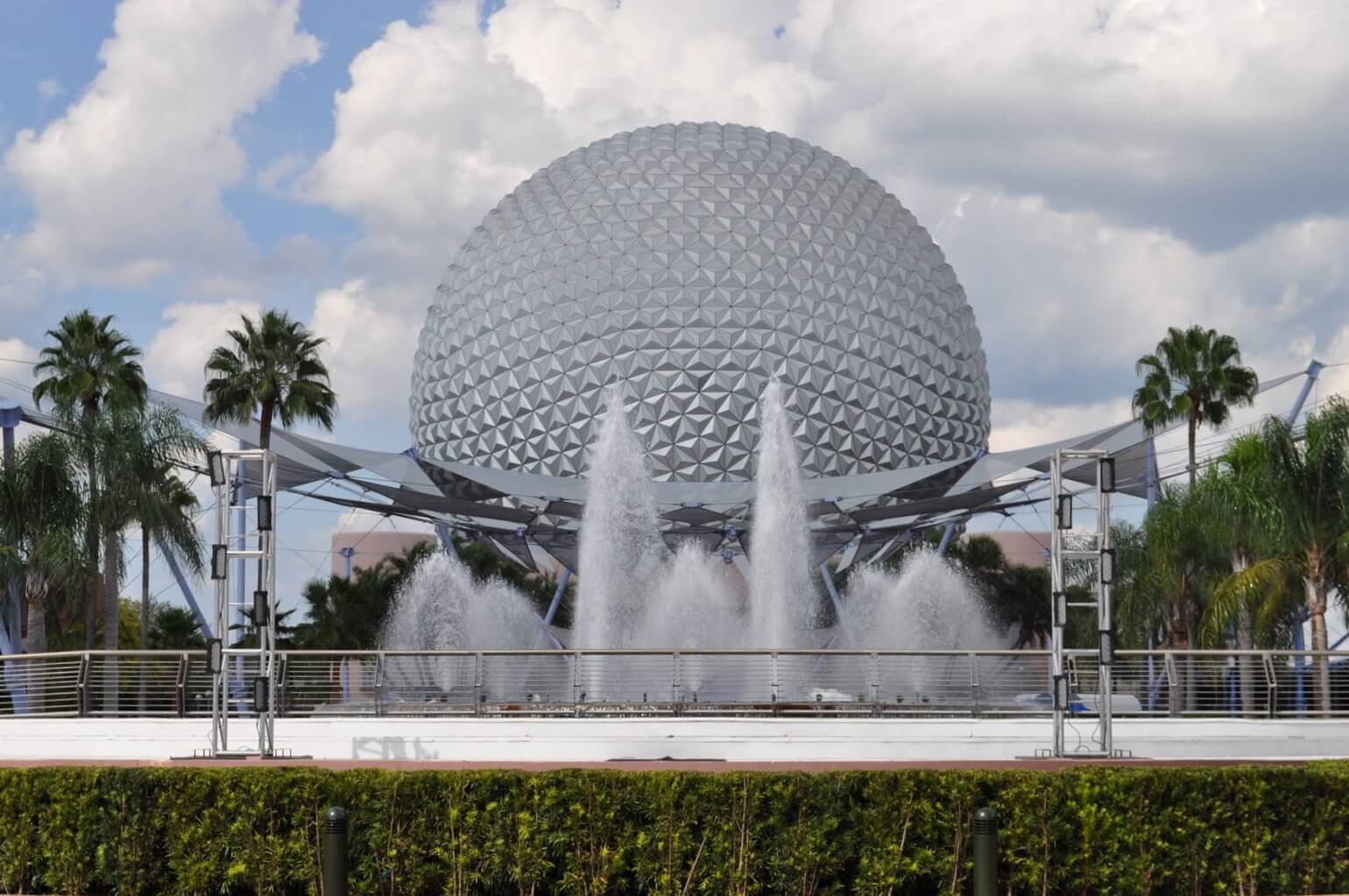 This fountain show is synchronized to music and is an unexpected treat if you happen to be walking by when it begins. You’ll find the fountain in between the two Innoventions buildings. Watch the video.

One of my favorite memories from Magic Kingdom actually began as a meltdown. Leap and I really wanted Tad and Lily to be able to last until the Main Street Electrical Parade, but after a long day at the park it was looking grim. We stepped into Cosmic Ray’s Starlight Café in hopes that a dessert would brighten their mood. When Sonny Eclipse began his “out of this world” entertainment, their frowns turned to smiles and we were able to squeeze two more hours out of them. 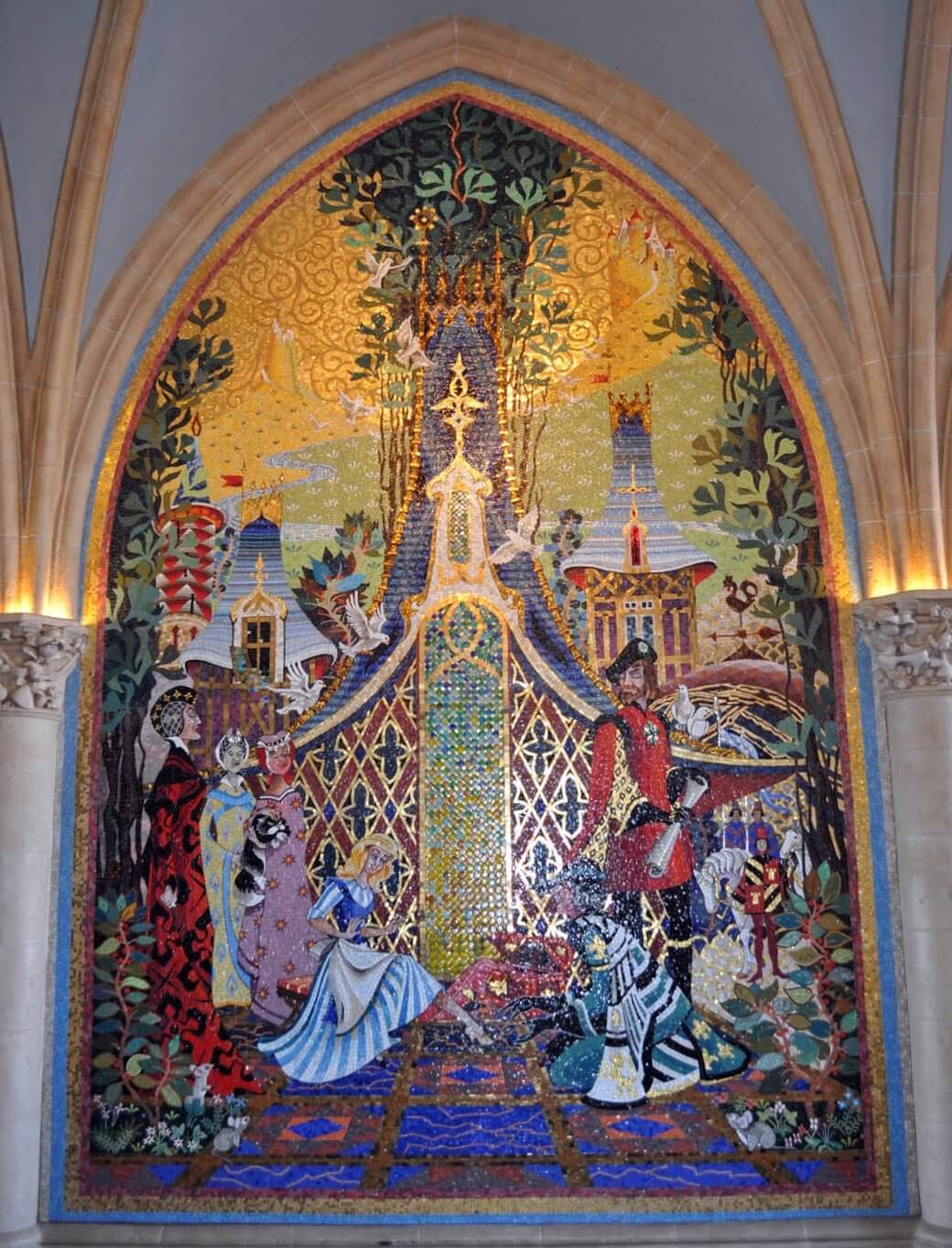 If you haven’t already, take a few minutes to look at the murals that line the corridor that passes through Cinderella Castle the next time you’re at Magic Kingdom. These beautifully ornate pieces of art tell the story of Cinderella. They’re gorgeous!

Do you have any often-missed & overlooked experiences to add? I’m always looking for more of those unexpected little treats that make Walt Disney World so darn special! And for more tips, hop over to our Orlando Planning Timeline and check out the Plan Your Days in Orlando page!