My Best Tips and Favorite Attractions in Walt Disney World

With four expansive theme parks – Disney’s Animal Kingdom® Theme Park, Epcot®, Disney’s Hollywood Studios® and the Magic Kingdom® Park – a Walt Disney World vacation is a little more involved than a visit to the local carnival. It could take a couple of weeks to see everything that Disney World has to offer. Realizing that not everyone has an abundance of time, we have complied the top must-see thrill rides and attractions for each park: 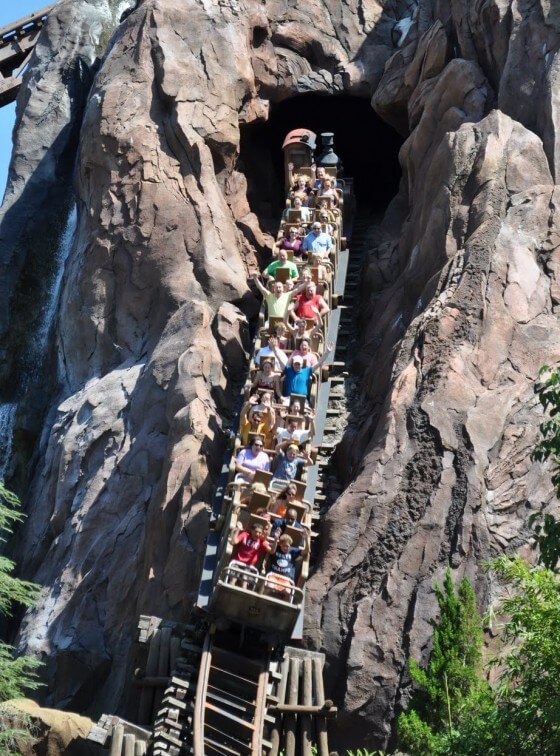 Height Requirements: Must be 44” tall to ride

Disney classifies Expedition Everest® Attraction as a family attraction, but this isn't a kiddie coaster. This fast and smooth coaster has everything you'd expect from a Disney coaster: immersive scenery, a surprise animatronic character and a delightfully disorienting track that whirls you around the track backwards in the dark. This is one of Disney’s Animal Kingdom® Theme Park's most popular attractions, so make sure you get to the ride shortly after you arrive in the park. Watch Video.

Height Requirements: Must be 38” tall to ride

While it looks like a formidable ride, Kali River Rapids® Attraction isn't scary; this ride is all about getting wet. If you don't like water rides, avoid this one because no matter where you sit, you're bound to get soaked. Unless you have a change of clothes, it's best to ride the Kali River Rapids® Attraction at the end of the day or right before an afternoon park break. Watch Video.

This ride is the main reason to visit the Disney’s Animal Kingdom® Theme Park Park. Traversing through a 100-acre wildlife reserve in a large, open-air Safari truck to catch glimpses of exotic animals like zebras, ostriches, lions, antelopes, giraffes and cheetahs encapsulates the essence of the park. Grab an end seat for better views and be sure to keep your camera ready. Just like a real safari, you never know when the animals will make an appearance. Watch video.

Because it's a "virtual" attraction, this ride may not appear to be worth the wait. Don't be dissuaded! The illusion Soarin’™ Attraction creates is spectacular – it actually feels as if you are hang gliding. The queue for this ride starts early, so be sure to get in line soon after the gates open. Watch video.

This is a great thrill ride for anyone who isn't a huge coaster fan, but wants something a little more enticing than the Maelstorm ride. Don't let the Test Track® Presented by Chevrolet's slow start fool you – the truly exciting part of this ride pops up just when you think the ride is over. Watch video.

Don't dismiss IllumiNations: Reflections of Earth as another nightly Disney fireworks show. The show incorporates lasers, fire, video and music into this stunning fireworks display. The only downfall is that a lot of the show's emphasis focuses on the globe at the center of the World Showcase Lagoon, which can be hard to see from some locations. If you have enough time, get to the Rose and Crown Pub early for a great meal and front-row seat to the show. Watch video.

Height Requirements: Must be 48” tall to ride

If you want to go from zero to 60 mph in 2.8 seconds in the dark while rocking out to Aerosmith, this is the roller coaster for you. This ride is incredibly fast and has a lot of twists and turns. If you start getting cold feet while going through the wait queue, you can opt out right before boarding. Rock ’n Roller Coaster® Starring Aerosmith is a popular ride, so be sure to FASTPASS it. Watch video.

The Twilight Zone Tower of Terror™

The Twilight Zone Tower of Terror uses a random drop sequence, making it impossible to know what's coming next. Having gone on the ride several times in a row, it definitely lives up to its newest slogan, "Never the same fear twice." If you're a thrill seeker, make it a point to ride it once during the day and once during the evening – the different lighting makes it even more thrilling in the dark. Watch video.

Using water, fireworks, and lasers, Fantasmic! Show features our favorite mouse in his sorcerer's apparel. The show features familiar scenes from Fantasia's "Sorcerer's Apprentice," "The Lion King," "The Little Mermaid" and many more. The best way to see this show is to take advantage of the Fantasmic! Show Dinner Package – it doesn't cost anything extra and you're guaranteed a seat, provided you arrive a half-hour early. Watch video.

Pirates of the Caribbean® Attraction

Out of all of the rides and attractions available throughout Walt Disney World, this is the number one absolute must-see. This slow-moving boat ride inspired the wildly successful film franchise of the same name. The animatronics are extremely well done, the story is immersive, the music is catchy, and there's hardly ever a wait. Watch video.

Height Requirements: Must be 44” tall to ride

This dual track, enclosed roller coaster zips passengers through dark outer-space. The queuing area of this ride sets the stage for an epic adventure. As you make your way to the coaster, you can look through windows into the vast universe before you finally hop into your rocket ship. This is an immensely popular ride, but it's a bit bumpy. If you have a bad back or don't like jarring rides, avoid Space Mountain® Attraction. Watch video.

Another fireworks show? Yep, but this isn't just any fireworks show. This is Disney's largest, most radiant fireworks show to date. Narrated by Jiminy Cricket, the show focuses on an emotionally charged story about making wishes come true. While there are several great spots to see the show, grab a spot around the "Partners" statue 30 minutes before the parade that precedes the show for an unforgettable view. Watch video.

Do you have any tips to share? What are your favorite Disney attractions?