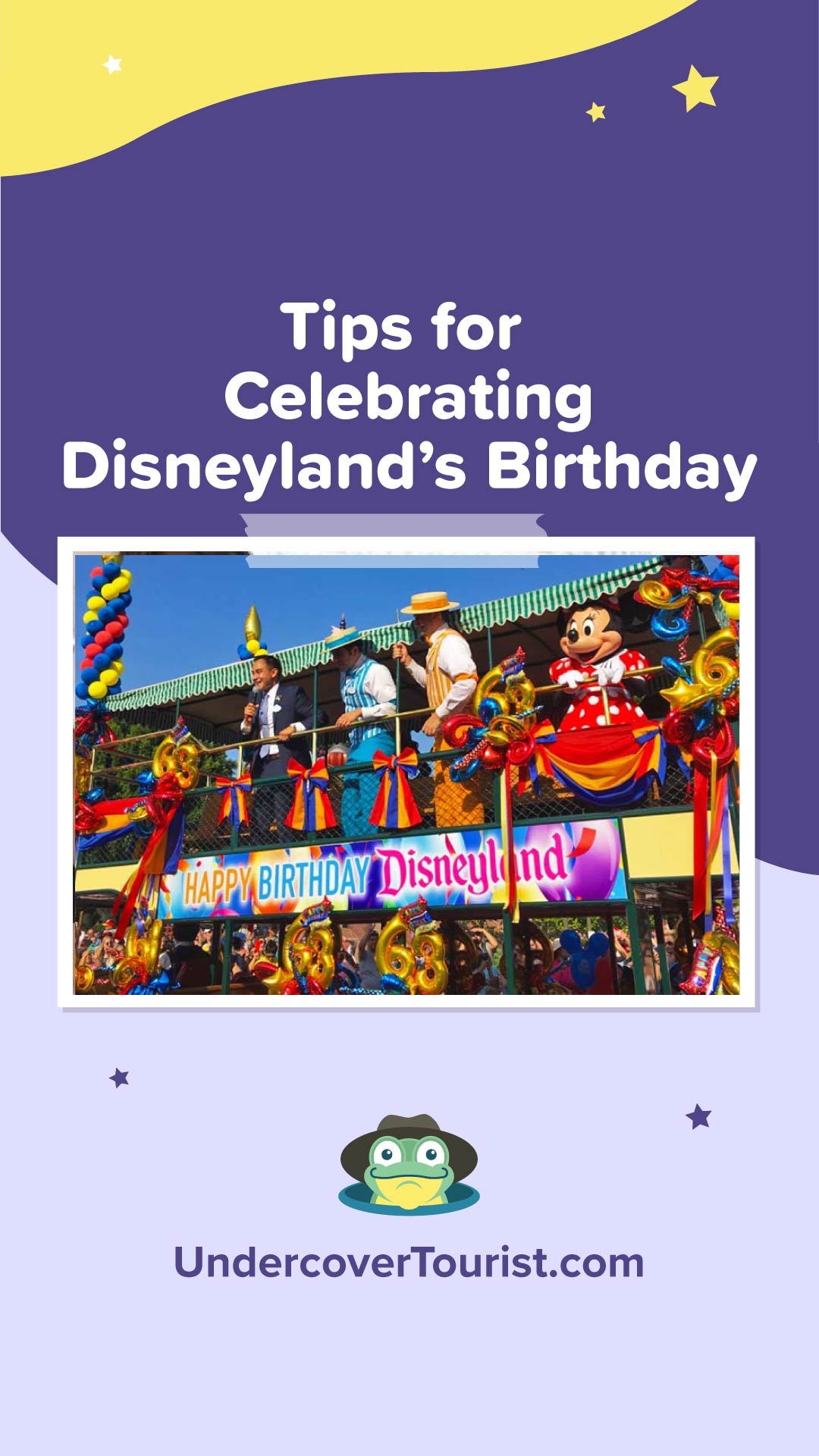 Disneyland opened July 17, 1955, forever changing our world and making it more magical. Every year, Disneyland has a birthday party to celebrate this momentous occasion. This year, Disneyland Resort celebrates its 67th anniversary!

There are more big birthdays to celebrate at Disneyland this year. This summer is also the 50th anniversary of the Main Street Electrical Parade (catch it before it goes away Sept. 1). The nostalgic parade is back with a new finale. Fantasmic! also celebrates a big birthday in 2022. The magical nighttime spectacular turns 30, and the show is better than ever. With all the nighttime entertainment back at Disneyland, it's a great time to celebrate. Speaking of nighttime entertainment, the Disneyland Forever fireworks show is back through the summer until Sept. 1. It first premiered during Disneyland's 60th Diamond Anniversary celebration, and it's a must-see show.

The way Disneyland celebrates its birthday each year can vary. On big anniversaries, such as the 50th and 60th, Disneyland may have large celebrations that last over a year with special decor, character outfits and entertainment. You may see Disneyland birthday shirts and merchandise during bigger years. On the smaller birthdays in between, there may be smaller celebrations only on July 17. 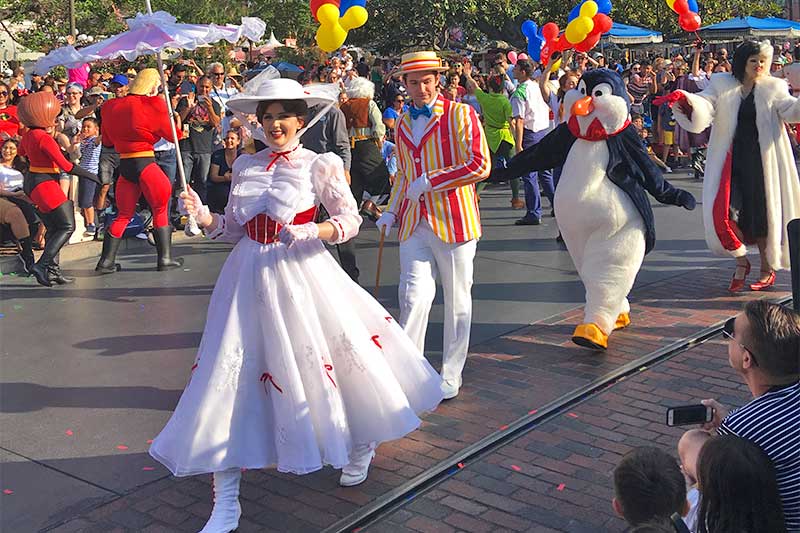 Even during larger celebration years, July 17 itself will be extra special with entertainment and surprises that are not available on the other days of the anniversary celebration. For Disneyland’s 60th Diamond Anniversary, Disneyland gave out free cupcakes on July 17. The first guests to arrive received special pins that said, “I was there July 17, 2015.” Guests were greeted by cast members wearing sparkly Mickey hands, giving them high fives. Then, guests were treated to Walt Disney’s 1955 speech. On larger anniversaries, you will find souvenir anniversary wear for sale throughout the year. 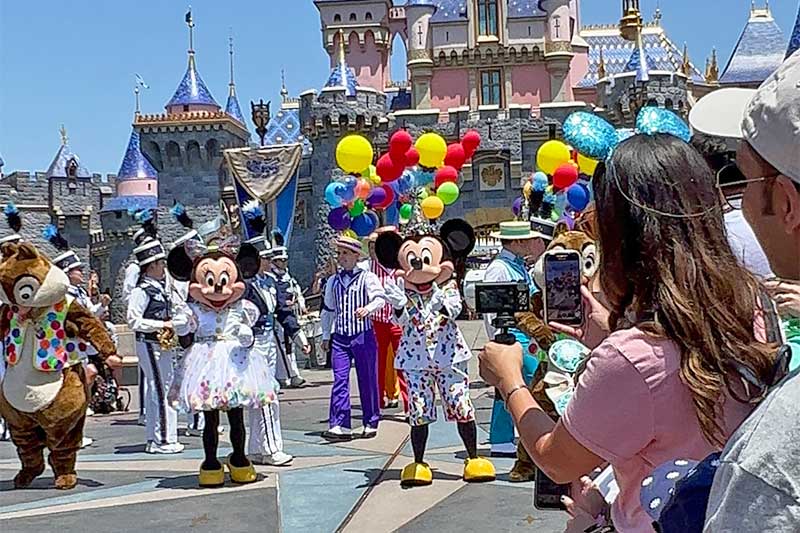 When you visit Disneyland park on Disneyland’s birthday, be sure to look for special entertainment. For example, you may catch a birthday cavalcade or procession with the Dapper Dans, the Disneyland Band and some of Disneyland’s best character friends. For Disneyland's 63rd birthday, 63 characters joined in to celebrate. But each year it's a different kind of celebration!

For Disneyland's 67th birthday, there was a 12 p.m. birthday procession with the Disneyland Band, Dapper Dans, Mickey, Minnie, Donald, Pluto, Goofy and Chip 'n' Dale. They sang happy birthday at Sleeping Beauty Castle, in the middle of Main Street U.S.A. and finally in Town Square in front of the train station. There was one procession and it traveled in one direction in 2022.

If the celebration is not on the calendar or in the showtimes, type "Disneyland Birthday Moment" into the app the day of the celebration. You should see the time it will hoppen. 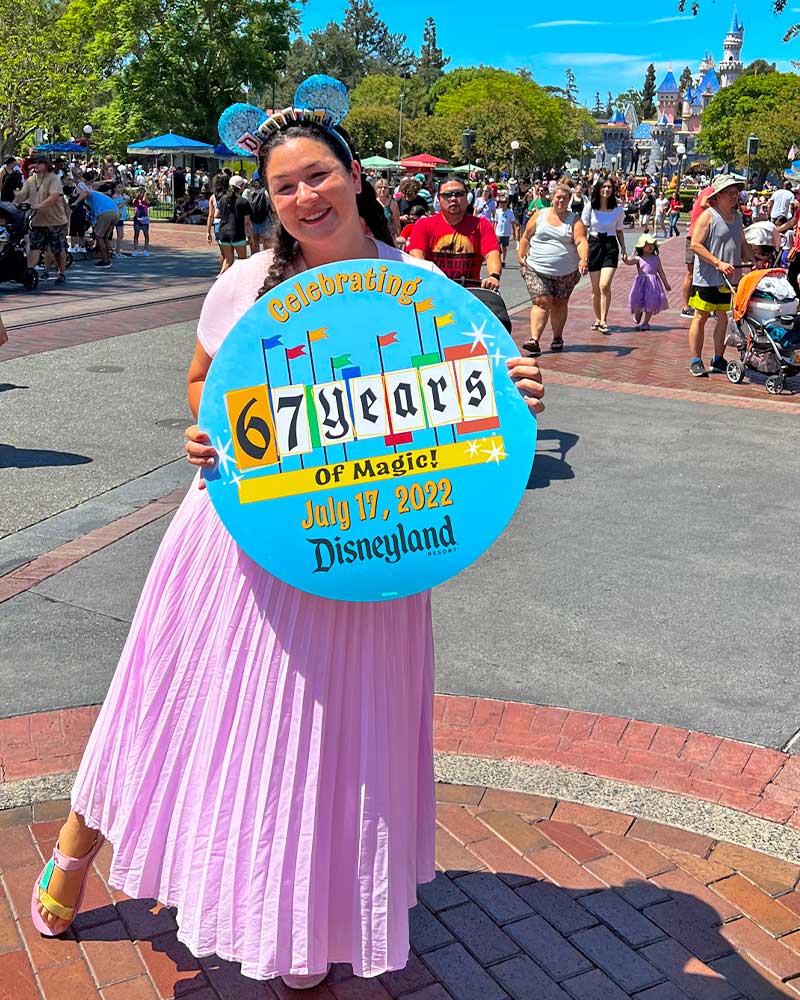 Get Ready for Your Closeup

You’ve seen or heard about wearing the Disneyland birthday buttons? Well, you can take a photo with giant birthday buttons all around the park at iconic locations and rides on Disneyland’s birthday. In 2022, the button signs were are the Mickey floral in front of the park and at the shops in both parks. You could borrow the sign from shops and take pictures yourself. There was a PhotoPass location in a teacups. If you are interested in PhotoPass, free downloads are included with Genie+.

No matter the year, it's always fun to be a guest in attendance on Disneyland's birthday. We enjoy taking pics with giant birthday button photo-ops. It's so exciting to catch a birthday cavalcade with the characters! 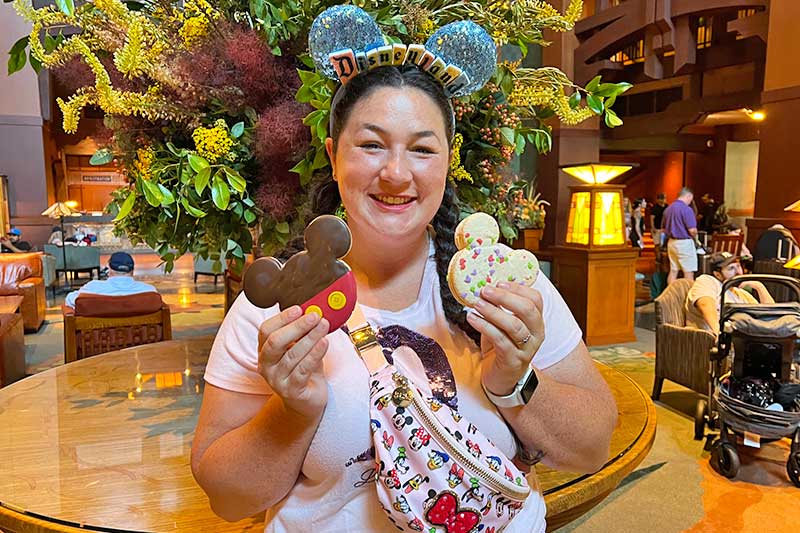 There may be special menu items. In 2022, there were special birthday treats available at the cookie cart in Disney's Grand Californias Hotel lobby. The GCH Grill had a birthday cupcake. You could order special Walt's Chili Fries at Red Rose Taverne or get a birthday sundae at Gibson Girl. In bigger celebration years there may be year-long birthday food offerings or more treats on July 17!

Do the Opening Day Ride Challenge 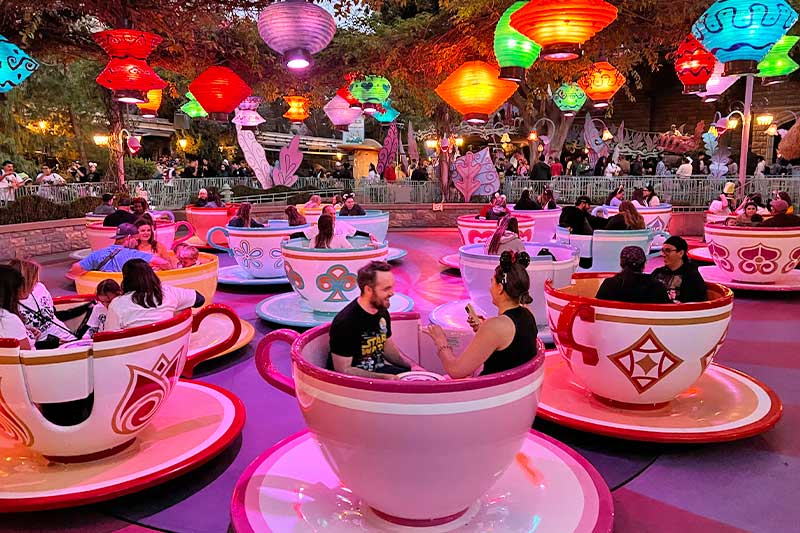 Some people like to ride or visit all the attractions that were available during opening day in 1955, including:

Celebrating Disneyland's Birthday (and Your Own) at Disneyland

Speaking of birthdays, is there a more magical place to celebrate your own birthday than Disneyland?

You wear your free birthday button and everybody wishes you a happy birthday all day long. You have a free pass to eat all your favorite Disneyland treats because calories don’t count on your birthday — at least that’s what we believe. OK, I need to believe that this is true. 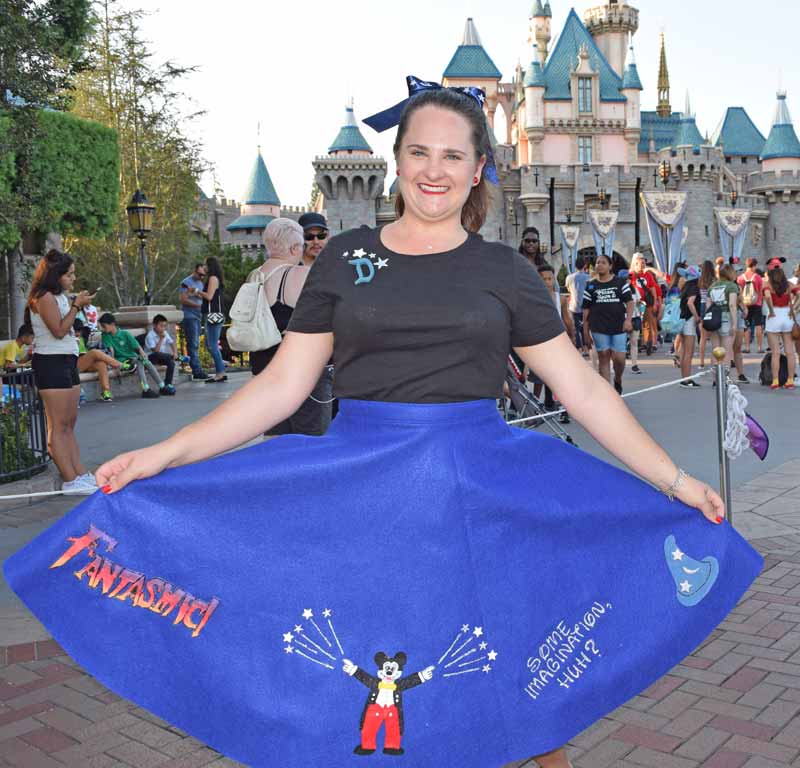 Know What to Wear

Most people are dressed in their theme park best: comfortable T-shirts, shorts and good walking shoes. But a few people like to dress up for the occasion just like people did on July 17, 1955. You might see people in their 50s wear, homemade outfits or characters In DisneyBound clothes to get the essence of a favorite Disney character while staying within the “no costumes for adults” guidelines. You will see more Dapper Day and vintage wear during larger birthday celebrations. On any birthday, you’ll certainly see some people dressed up and others wearing past birthday celebration shirts, and even some people who were born the day Disneyland opened. No matter what you wear, you are all there celebrating with Disneyland. 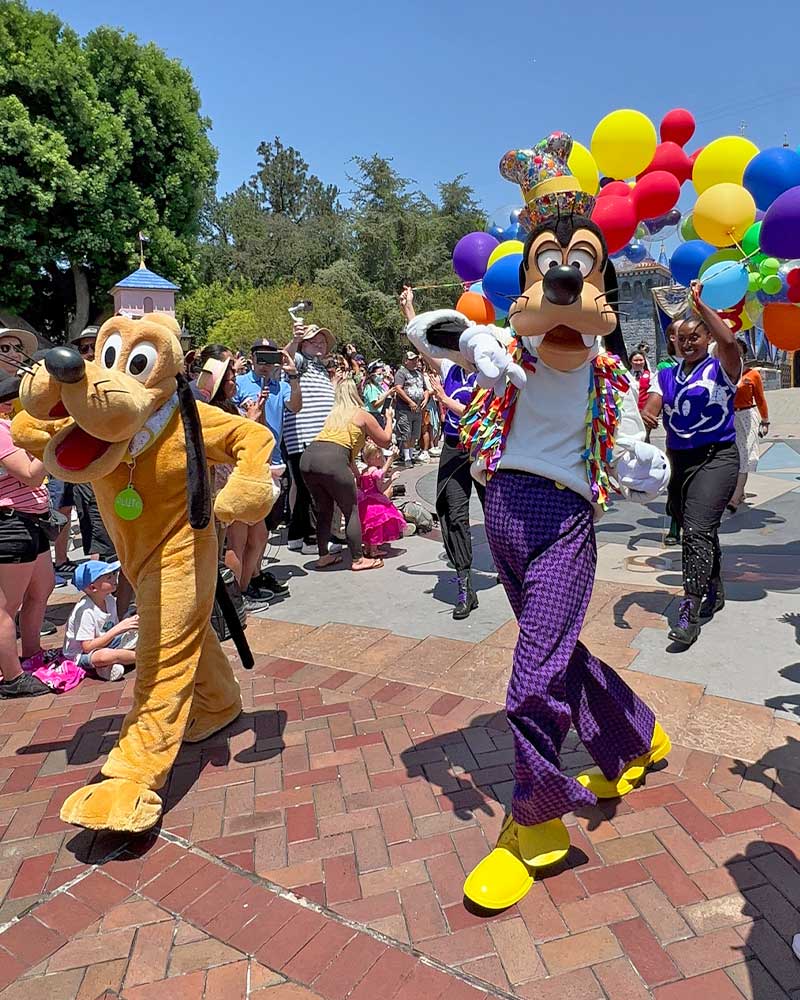 We frequently get questions about the best and worst days to visit Disneyland. The Disneyland anniversary is one that does see crowds, although to be fair, the parks are already busy with summer vacationers. Most years, Disneyland's birthday is about as busy as a typical summer day. With the Disneyland theme park reservation system in place, the park never gets too crowded these days. Make theme park reservations for Disneyland park. The birthday cavalcade may fall before hop time. You can look up the birthday celebration in the app to find the time. It was at noon in 2022. You'll want to stake out a spot in front of the train station early or arrive at the castle if there is a show moment there about 15 minutes early. It's hard to predict since each year is different.

Plan to arrive before park opening for the lowest crowds of the day. You just might get a giveaway pin or other treat for being among the first to enter the park during bigger celebrations!  Make restaurant reservations at a table-service restaurant to avoid mealtime crowds and lines. You may be able to join the walk-up list in the Disneyland app if you can't get a reservation. Upgrade to dining packages for viewing shows such as World of Color or Fantasmic! It is nice to sit down and relax midday so you have enough energy to keep going.

Consider purchasing Genie+ or individual Lightning Lanes to skip the lines on popular rides. We have many tips for maximizing your time at Disneyland, and Disneyland’s birthday is certainly a great day to put that advice to use. 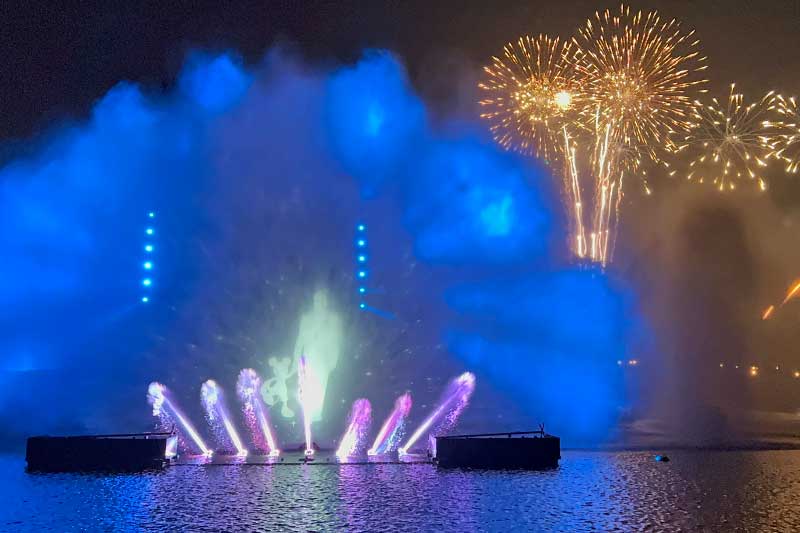 While there may be more people joining the party during Disneyland's birthday, there is also more merriment surrounding this special day. That makes it a great day to visit. So put on your birthday hat, pin on an “I’m Celebrating!” button and get ready to celebrate the anniversary of the opening of Disneyland!

Do you have questions about celebrating Disneyland's birthday? Have you experienced the birthday merriment? Share your questions or your experience in the comments below! You can get your discount Disneyland Resort tickets from your favorite froggy friends to save some green!

Related: Your Guide to All of the ~Frogtastic~ Disneyland Shows