What Opened at Disneyland and Universal in 2018 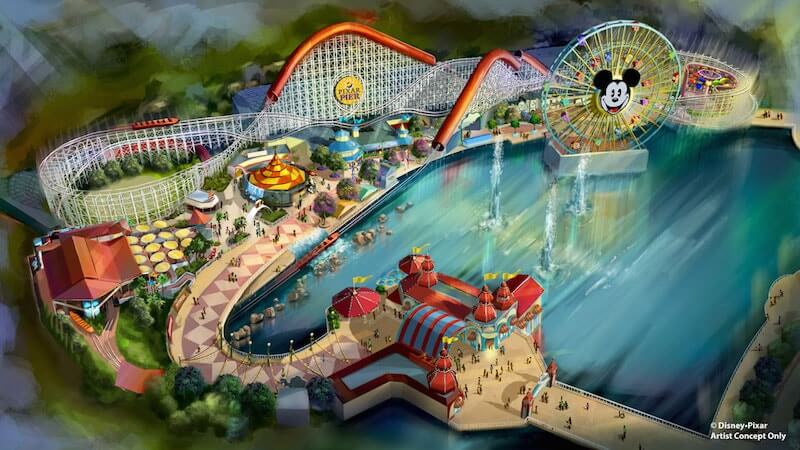 S’up?! Tad here, the resident family thrill seeker and videographer. I always have my green finger on the pulse of what’s hoppening in the parks, so I am toadally excited to run through all of the recent openings in Disneyland Park, Disney California Adventure Park, Universal Studios Hollywood and more. Let’s hop to it and explore what opened at Disneyland and Universal in 2018! If you want to see what's coming, we have a separate post on what's coming to Disneyland and Universal!

What Opened at Disneyland and Universal in 2018

We are excited to see what changes come to mobile ordering in 2019. Disney recently added some seasonal treats to the mobile ordering service. Our frog family looks forward to more and more restaurants offering this service. 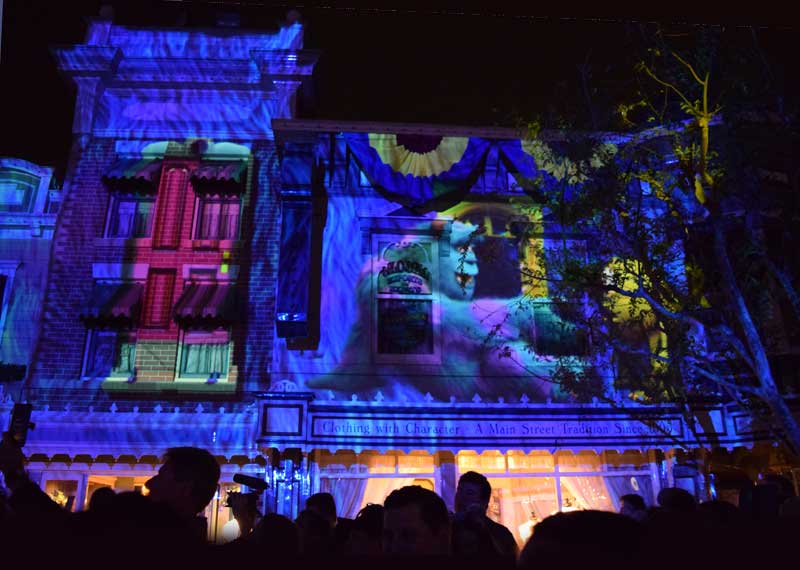 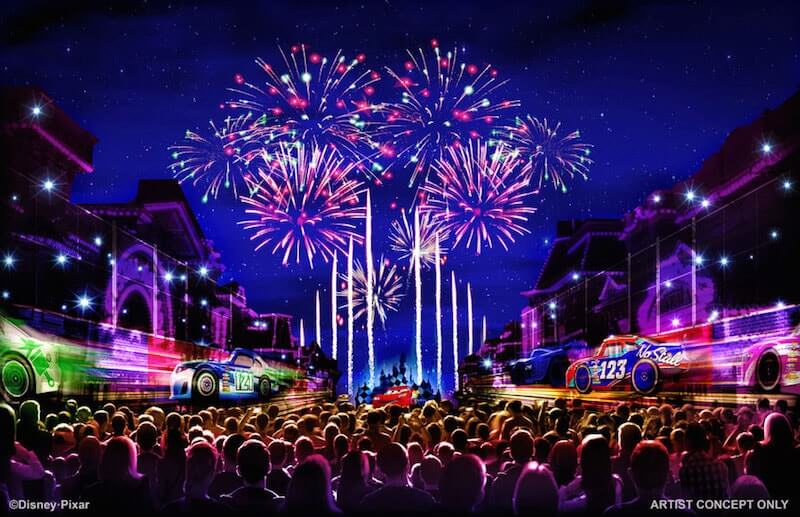 Pixar Fest — April 13 - Sept. 3, 2018 — The limited-time Pixar Fest  was celebrated in Disneyland and Disney California Adventure. At Disneyland, you could enjoy the new “Together Forever — A Pixar Nighttime Spectacular“ fireworks show with music and projection. You could experience it at Sleeping Beauty’s castle, the water screens at Rivers of America, on “it’s a small world” and on the buildings of Main Street U.S.A. Castle viewers will flip for the Buzz Lightyear flyover. To infinity and beyond! The Pixar Play Parade, which had been at Disney California Adventure, made its way down the parade route at Disneyland. The Pixar lamp led the procession and new Pixar characters joined in the fun. 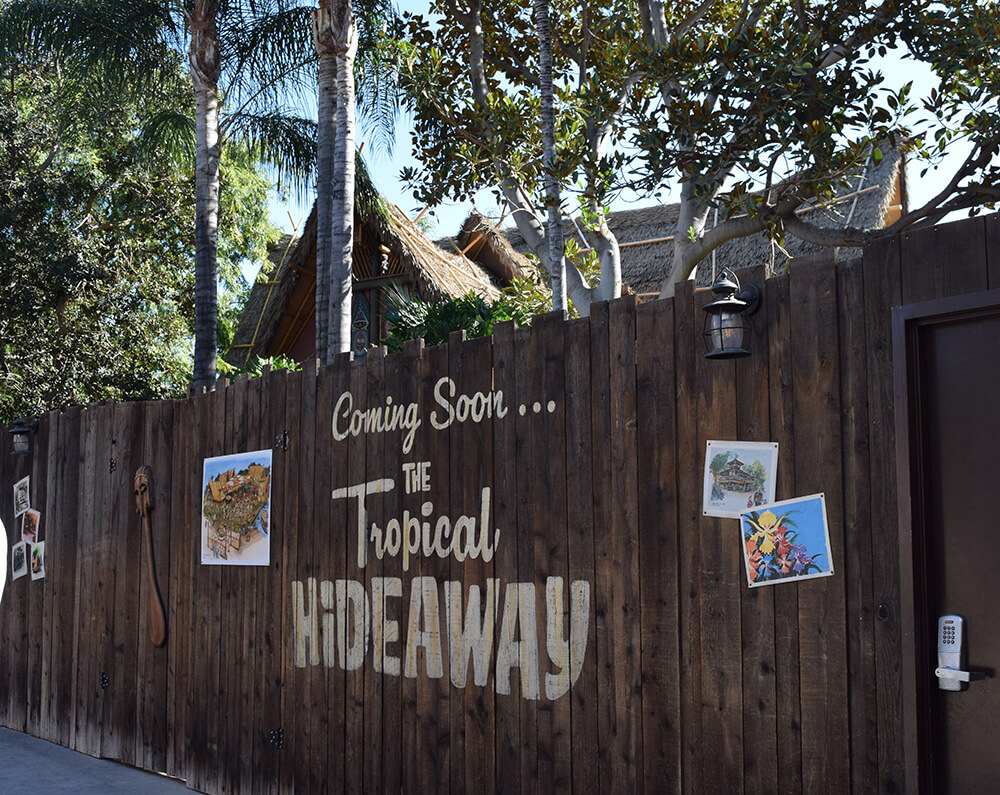 The Tropical Hideaway - winter 2018 - It's no secret that we frogs love to eat when we are at Disneyland. We were especially hoppin' excited to discover this dining location in Adventureland called The Tropical Hideaway. The restaurant opened in the spot that used to be Aladdin's Oasis between the Enchanted Tiki Room and Jungle Cruise. You can rub elbows with your favorite Jungle Cruise skippers in this exotic trader's market. The menu features tastes from around the world like three kinds of bao — Spiced Vegetable, Kaffir Lime Chicken and Bulgogi Beef (can you really have too much bao? No way!)  — Chilled Ramen Salad, Sweet Pineapple Lumpia, a Pineapple Sweet Cream Cheese Spring Roll. The restaurant will be a feast for the eyes as well, with tropical waterfront views and flickering torchlights in the evening. The location will also welcome Rosita, a performing bird from the Enchanted Tiki Room. She will be taking on a solo career along the river’s edge, greeting guests and entertaining them with her jokes and one-liners that are sure to impress a Jungle Cruise Skipper. 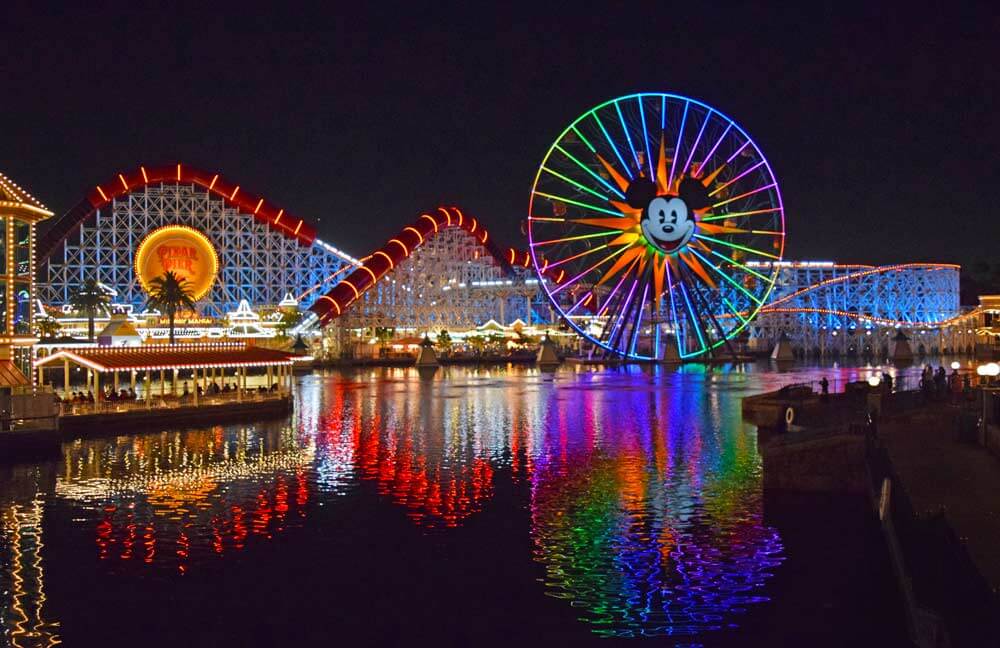 Pixar Pier — opened June 23, 2018 — In 2018, Paradise Pier was transformed into Pixar Pier with new neighborhoods, restaurants, characters to meet, new foods to try, shopping opportunities, and revamped rides (like the Incredicoaster and the Pixar Pal-A-Round). The new neighborhoods that represent Pixar stories are Incredibles Park, Toy Story Boardwalk, Pixar Promenade and Inside Out Headquarters.

Incredicoaster — opened June 23, 2018 — California Screamin’ teamed up with the Incredibles in this coaster retheming! The new queue for the re-themed Incredicoaster and loading area is inspired by the Parr home. Join Mrs. Incredible and Jack-Jack on a thrilling chase. The popular Toy Story Midway Mania ride is surrounded by the Toy Story neighborhood. 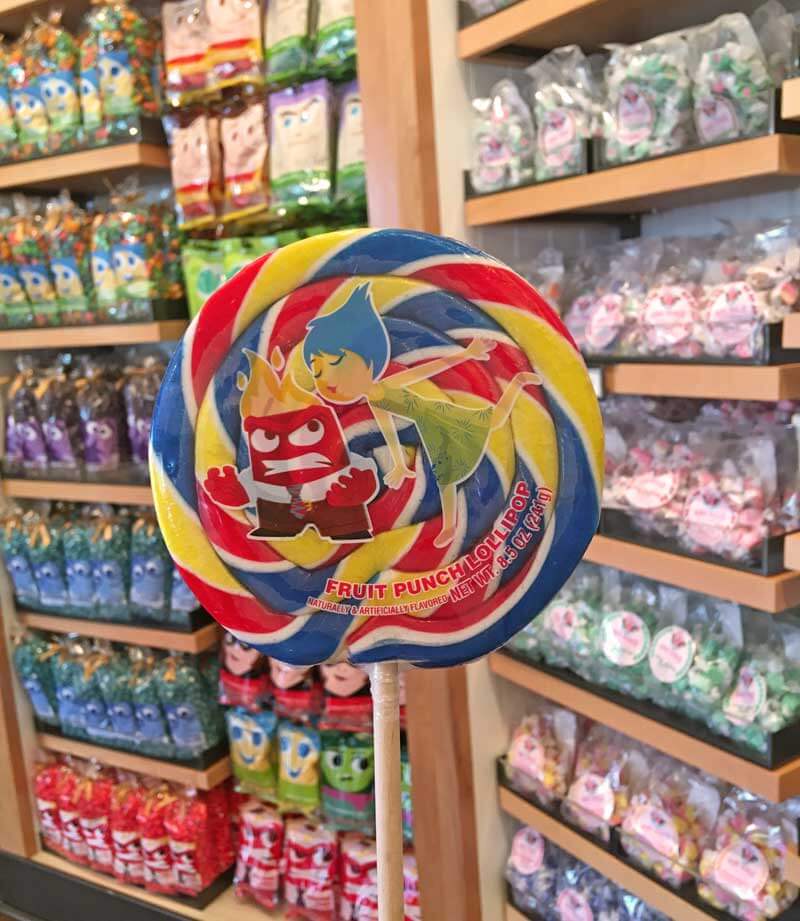 The Adorable Snowman Frosted Treats, Poultry Palace, Senor Buzz Churros, Angry Dogs — opened June 23, 2018 — A smorgasbord of flavors opened up this summer with tasty treats all over Pixar Pier. Get frozen lemonade treats, fried chicken, spicy dogs and more! All we can say is, "Yum!"

Lamplight Lounge — opened June 23, 2018 — Ariel’s Grotto and the Cove Bar were transformed into a Lamplight Lounge, which serves California casual gastro-pub cuisine and unique cocktails. The popular Lobster Nachos remain on the menu.

Bing Bong's Sweet Stuff — The colorful Bing Bong’s Sweet Stuff has already opened ahead of the fourth Pixar Pier neighborhood (Inside Out Headquarters will be making its debut in 2019) with whimsical snacks and Memory Refreshers — frozen drinks of every color with toppings like cotton candy, popping pearls and colorful candy. 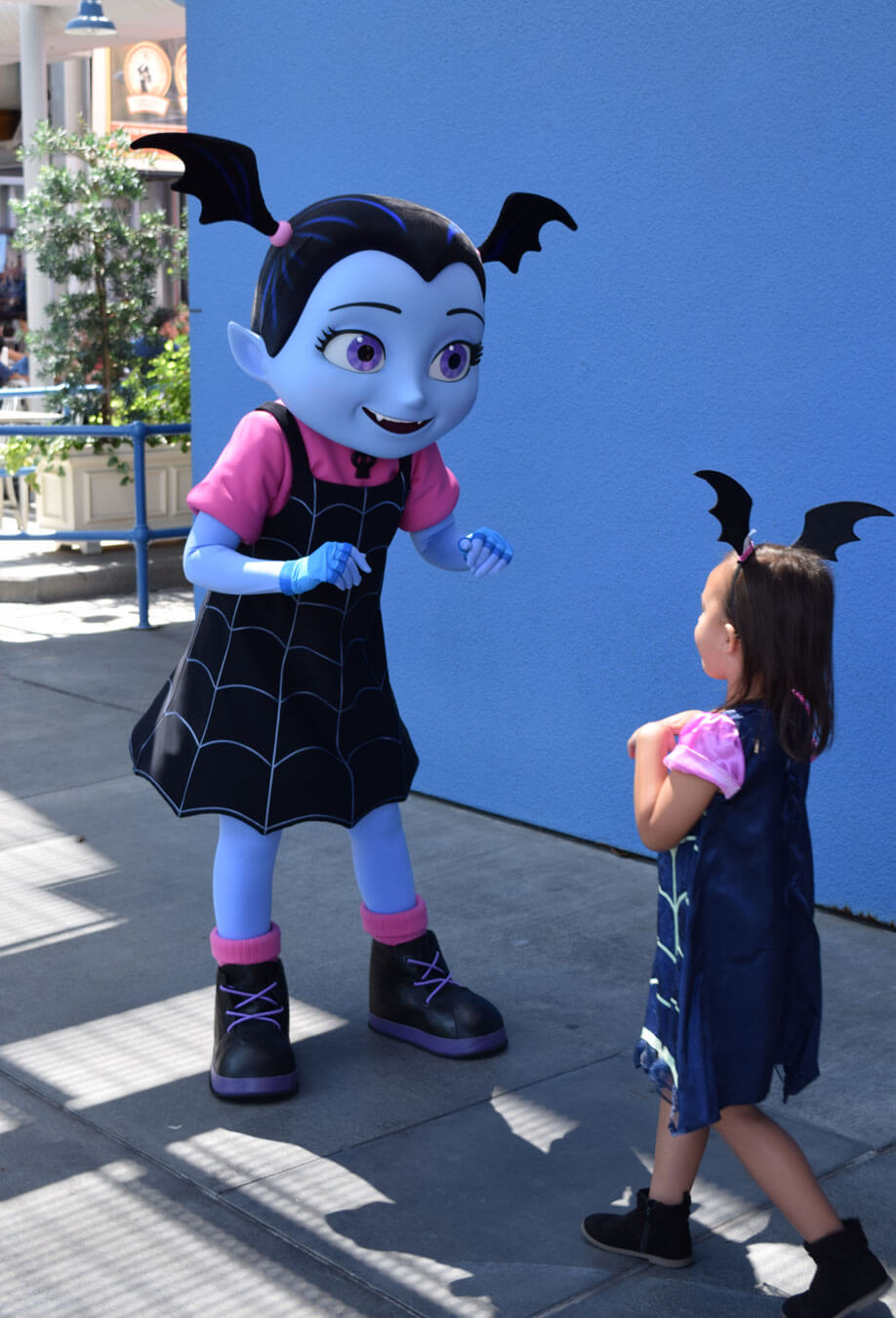 Vampirina — fall 2018 — Loveable vamp Vampirina from the Disney Junior hit show of the same name made her theme park debut during Disneyland Halloween Time. Starting Feb. 1, 2019, she’ll be part of the Disney Junior Dance Party with other Disney pals!

Secrets of the Empire at The Void — For those of you who can’t wait for the new Star Wars Land, Galaxy’s Edge to open — why does it feel so many light-years away? — you can immerse yourself in the Secrets of the Empire at The Void at Downtown Disney. This multi-sensory 3-D virtual reality experience is now open to guests 10 and up who are at least 48 inches tall — sorry, Lily. Gather your team of four family or friends to become Storm Troopers and be transported to a galaxy far, far away. 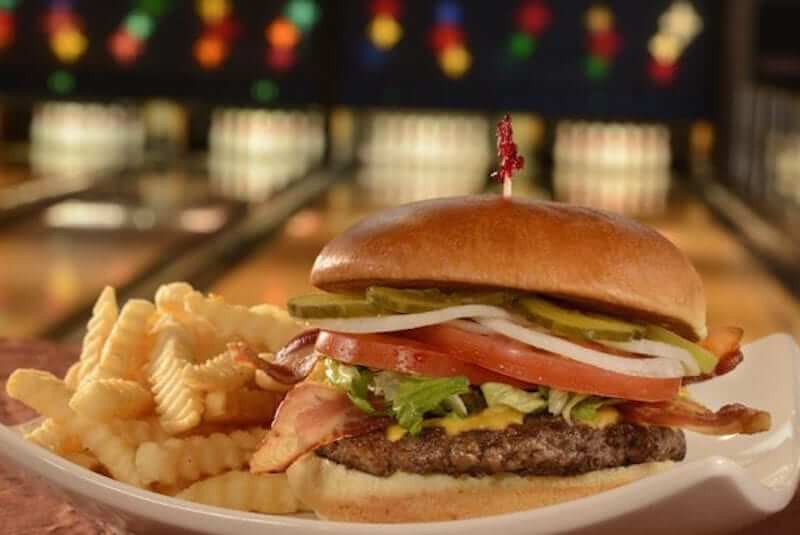 Earl of Sandwich — This popular restaurant was one of several that closed in Downtown Disney to build a new hotel, but that is no longer hoppening. Early of Sandwich recently reopened, much to the delight of everyone, but Disney has made no announcements about the other empty spaces and what restaurants are to come. In the meantime, you can enjoy food trucks brought in mid-afternoons into the evenings while you wait for the news of future restaurants or entertainment in that area.

Napolini — late fall 2018 — This build-your-own pizza place is one hoppin' spot! Choose your own toppings like Italian sausage, Parma ham, roasted chicken, pepperoni, smoked provolone, broccolini, arugula, black and green olives, artichokes, roasted red peppers and pineapple. Or try one of Napolini's six signature pizzas! The choice is yours — and, hey, they're all delicious!

Mickey's Tales of Adventure Breakfast and Brunch Buffet — fall 2018 — Mickey and some of his pals join guests at this bountiful breakfast buffet that includes made-to-order omelets, Mickey-shaped waffles, baked goods and fresh fruit. The brunch buffet includes all of the breakfast items plus a rotating menu of lunch items. 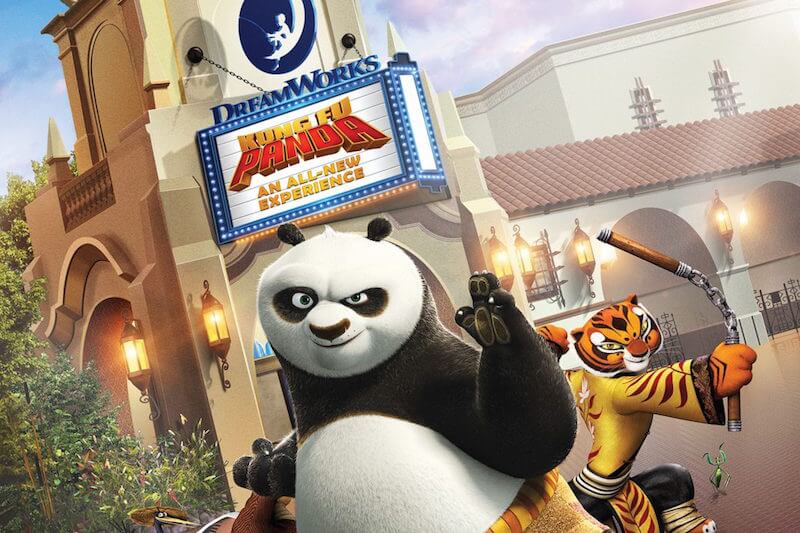 Hello Kitty — March 2018 — Lily was super hoppy to meet Hello Kitty, who made her debut at Universal Studios Hollywood, and get all the hugs she's ever dreamed of from this sweet Japanese pop culture icon. We also shopped for park-exclusive Hello Kitty merchandise on our most recent visit!

Kung Fu Panda – The Emperor’s Quest at DreamWorks Theatre — summer 2018 — This all-new, multi-sensory experience gives guests a go on an awesome adventure with Master Po that stimulates their senses and unlocks the hero within through kung fu. The experience feels like both a show and a ride.

Wand experiences — summer 2018 — The Wizarding World also rolled out two new magic wand experiences. Hop into Ollivander's to purchase an interactive wand that even muggles can use to perform spells around the magical village of Hogsmeade. Even if you are an experience witch or wizard, you can now try your hand at some of these new spells, which includes Incendio, a fire-making spell, and Alohomora, which opens a series of locks that might reveal the fiery breath of a hidden creature behind a secret door. Do not try these at home!

If you're planning a trip, it's great to see what opened in Disneyland and Universal at 2018 so you don't miss out on the recent openings! If you are looking for discount theme park tickets, rental cars, transportation or hotels near Disneyland or Universal Studios you can score some hoppin’ good deals on through Undercover Tourist. Choose “Los Angeles” and then hop to it.

Related: Getting the Scoop on Disneyland Mobile Ordering Service

Related: A Foodie's Guide to Eating Your Way Through Pixar Pier

Related: Best Disneyland Snacks and Where to Find Them