I love hearing that voice over the loud speaker that tells me to “Sit back, relax and enjoy the show,” but sometimes I want to be a part of the action and have a little “hands-on” fun. So here’s my top 10 list of interactive attractions at Walt Disney World. 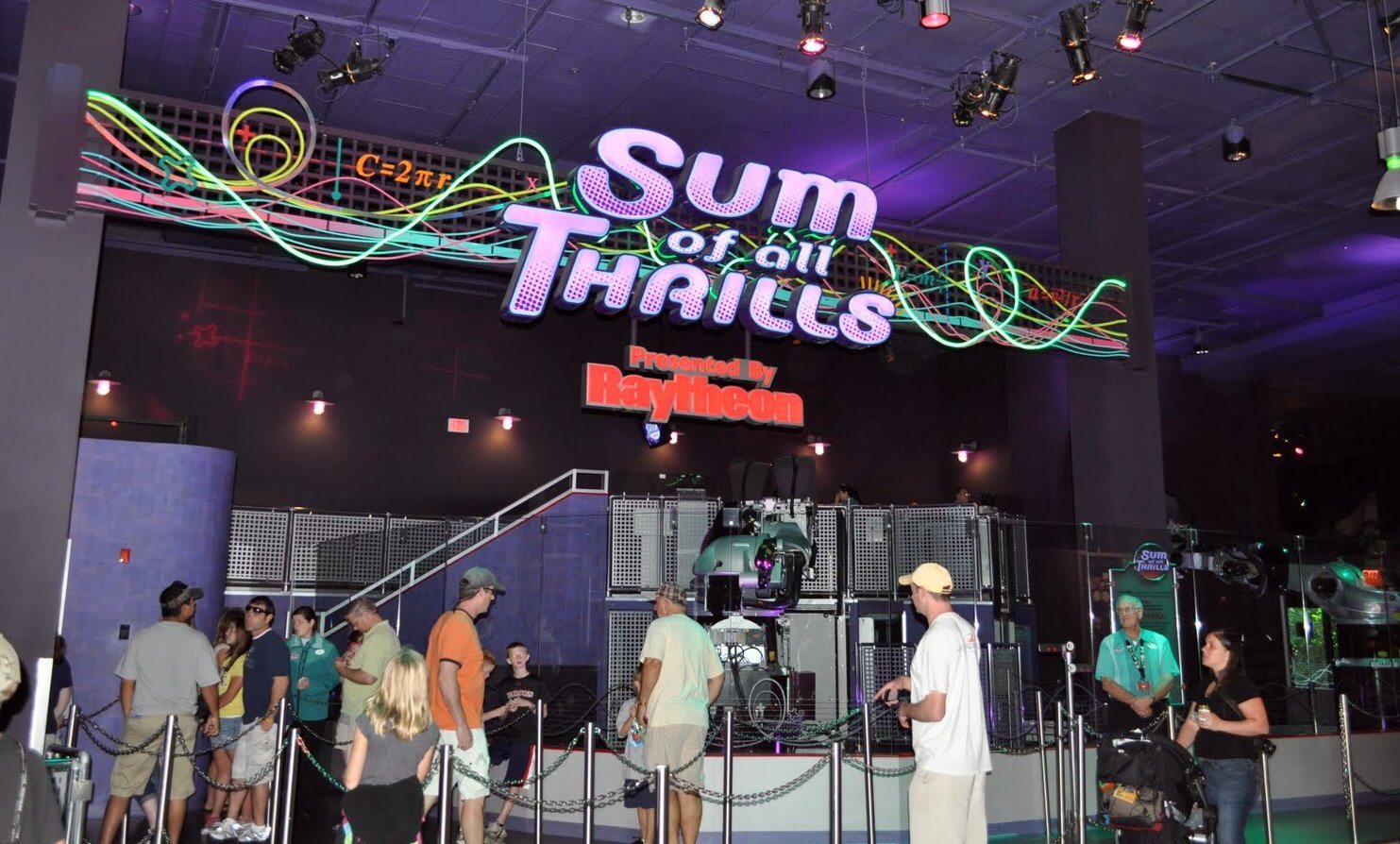 The individual attractions within Innoventions East and Innoventions West in Future World could have taken up every spot on my top 10 list! My absolute favorite is The Sum of All Thrills where I can design my own thrill ride then climb aboard the 4-D robotic simulator to experience it. Other great interactive experiences are The Great Piggy Bank Adventure and Test the Limits Lab. (Watch this video of The Sum of All Thrills.) 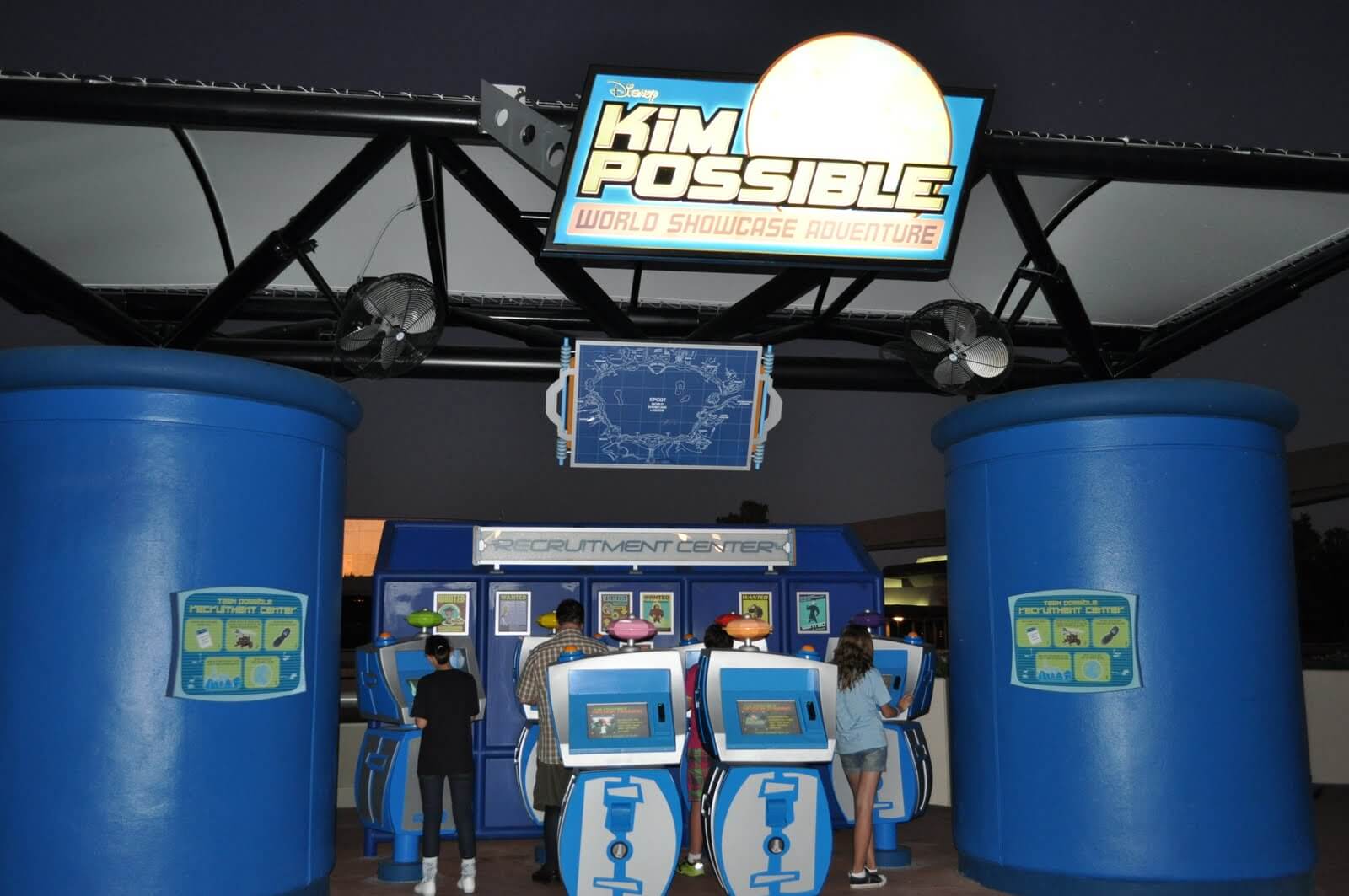 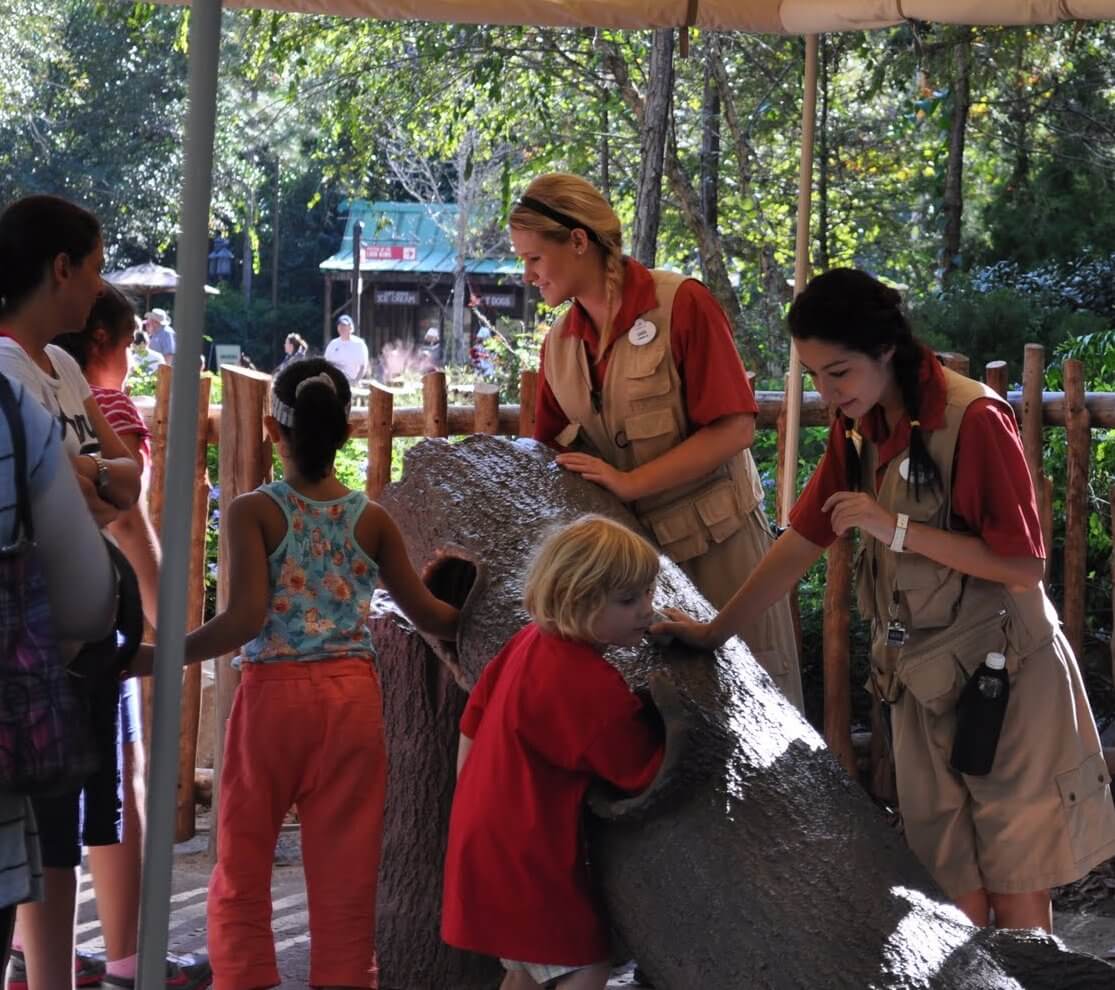 Only Disney (and my teacher, of course!) could make learning this fun. Lily and I like to pretend we’re animal researchers as we stop at each of the six Kids Discovery Club locations throughout Disney's Animal Kingdom. After the activities (which range from piecing together dinosaur fossils to using clues to track a wild animals), we get a stamp for our Kids Discovery Club Passport.

Space Mountain at Magic Kingdom is one of my favorite rides, and CyberSpace Mountain at DisneyQuest is my chance to design my own version of the coaster then board a simulator so I can experience it. The touch screen is simple to use and I usually go way overboard adding nausea-inducing inversions.

It’s a Frog Family favorite (we love the “friendly” competition), but Buzz Lightyear Space Ranger Spin is also one of my favorite interactive Disney attractions. (Watch the video.)

After going on the Mission: SPACE ride, I always 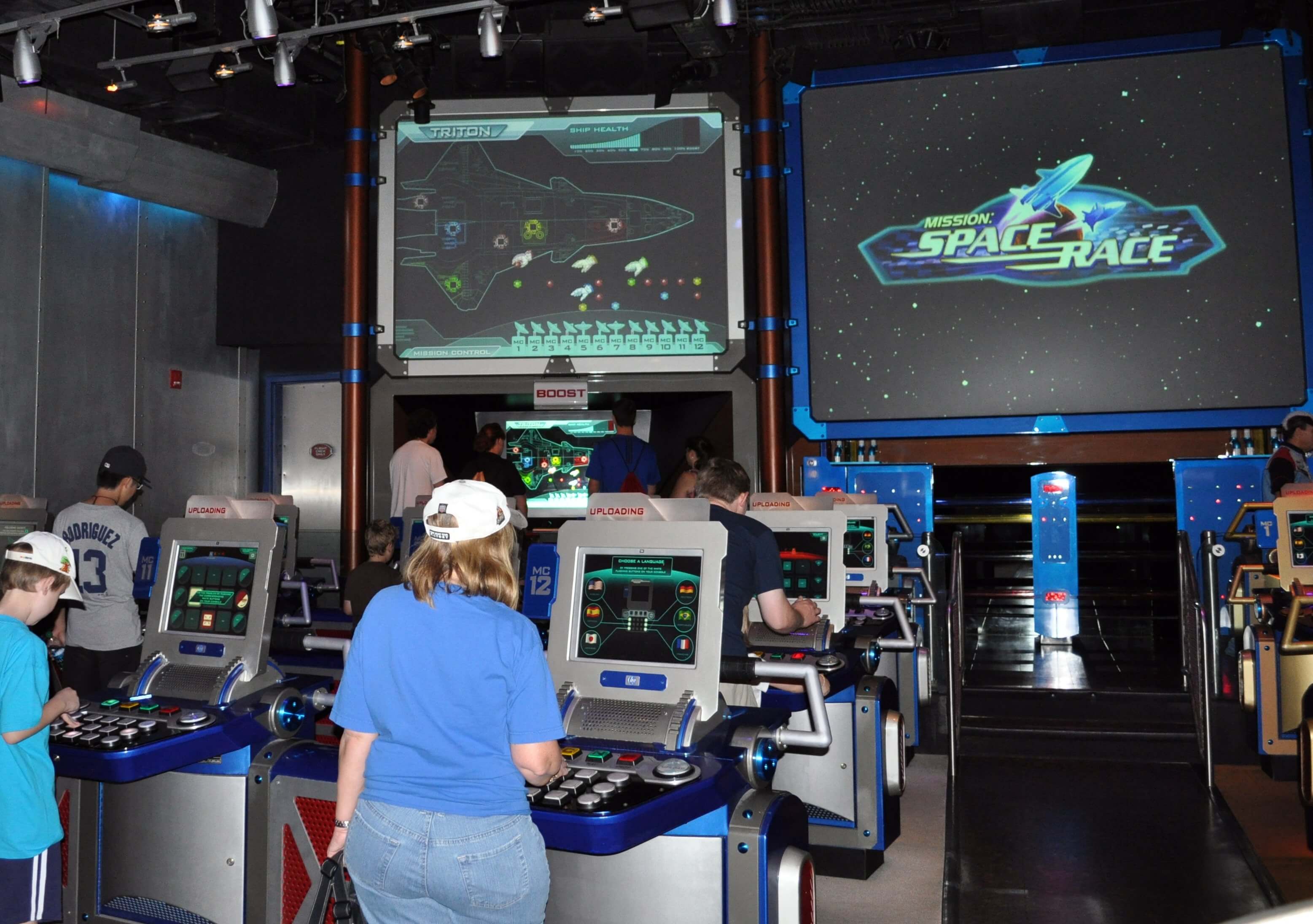 like to spend some time in the Mission: SPACE Advanced Training Lab. The exhibits include Mission: SPACE RACE where teams compete to see who can send their rocket from Mars to Earth first, Expedition MARS where I can explore the surface of Mars using a joystick and jet-pack button, and SPACE BASE for junior explorers like Lily. My grandparents love getting the space-themed video postcard that I email them from Postcards from Space. 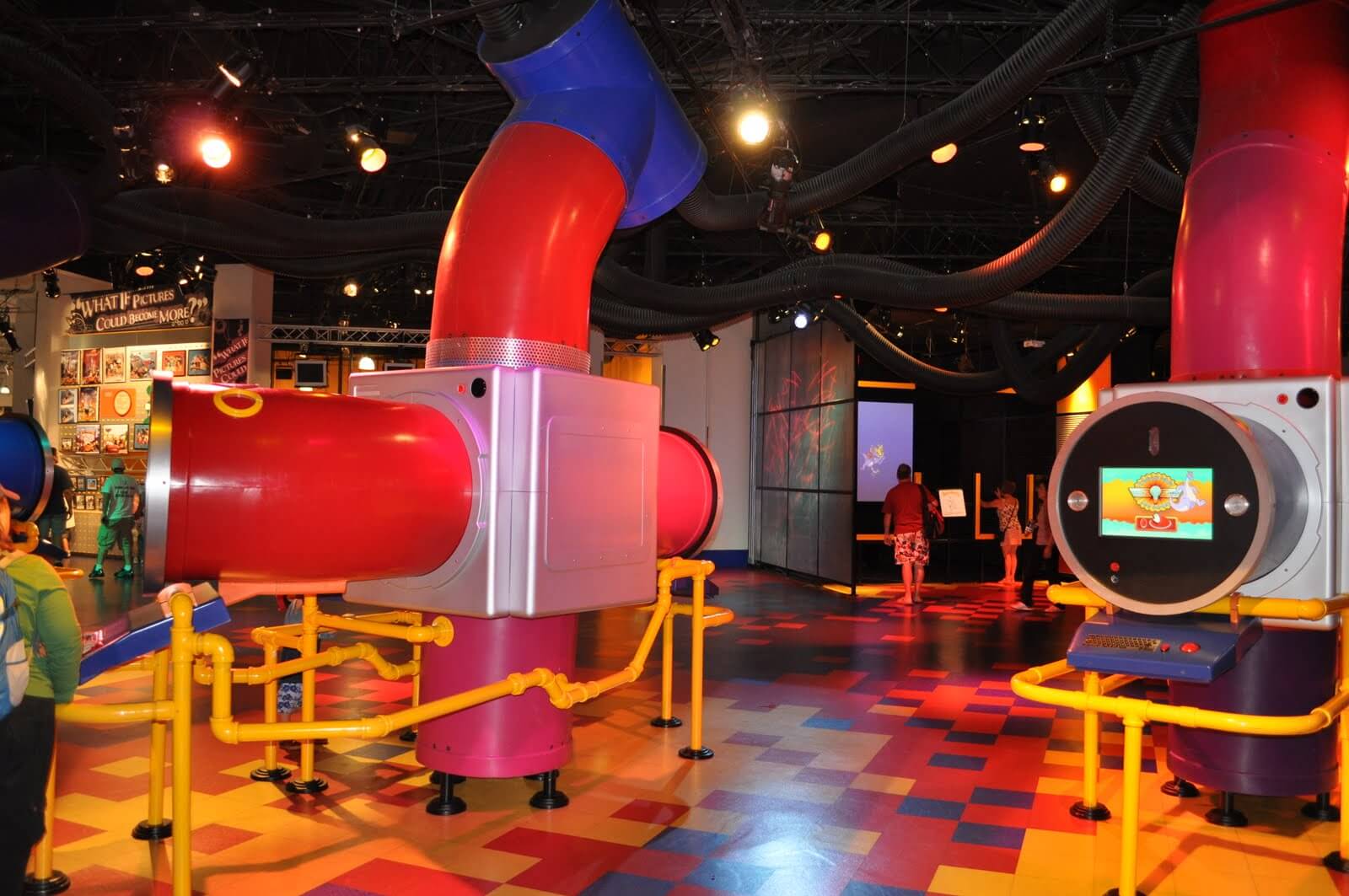 ImageWorks in the Imagination! Pavilion in Future World made the top 10 list for several reasons: 1) It’s rarely crowded, so I hardly ever have to wait for any of the activities. 2) I like the ride that we go one beforehand, Journey Into Imagination With Figment.

3) My little sister, Lily, absolutely loves it! (Watch this video of Lily composing her own Figment in ImageWorks.) 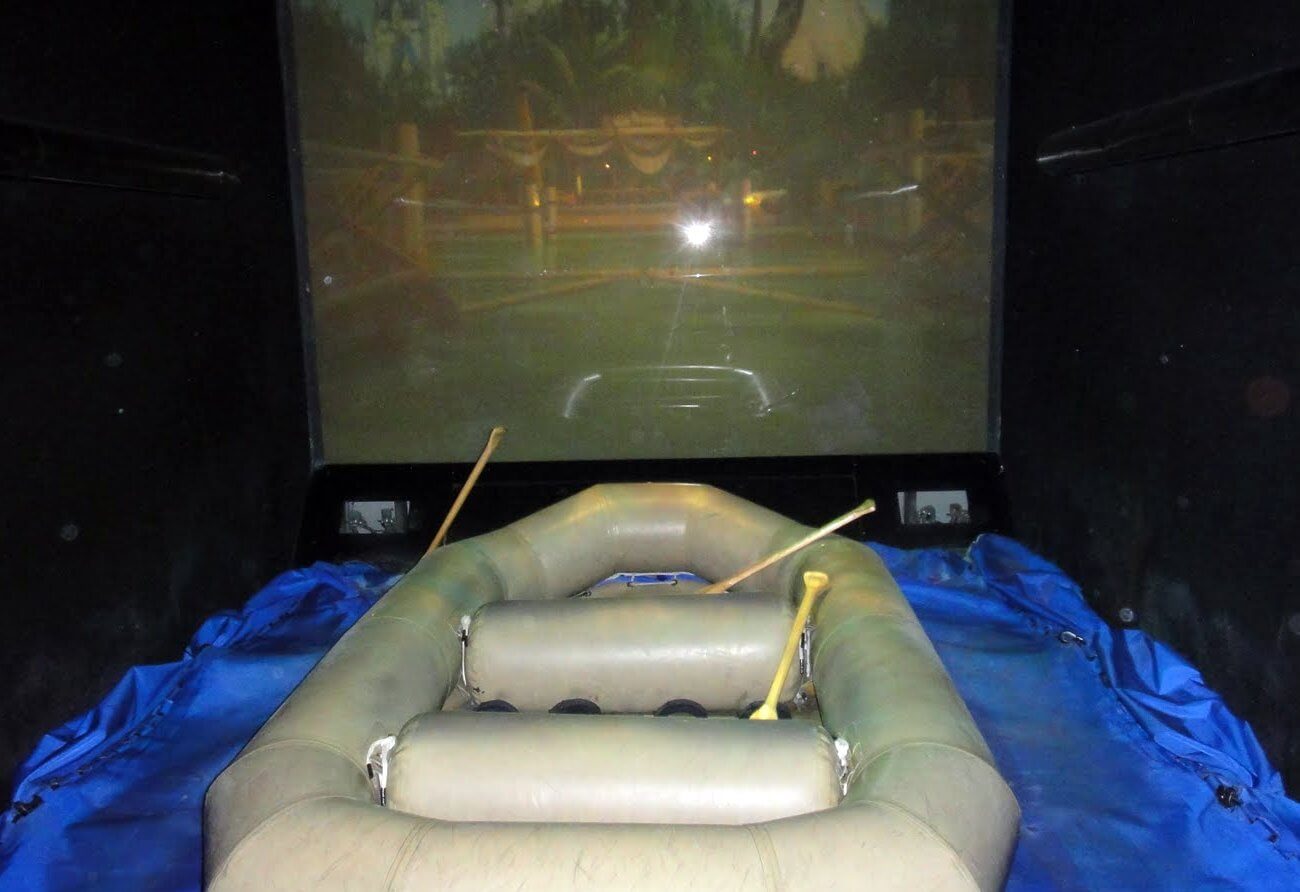 This one makes Mommy Frog a little queasy, but my dad and I love grabbing our paddles and rafting our way through the virtual version of one of our all-time favorite rides, Jungle Cruise at Magic Kingdom. (Watch the video of Virtual Jungle Cruise.)

While Mommy Frog and Lily ride Triceratop Spin, we guys like to shoot some baskets on Bronto-Score and test our mallet strength on Dino-Whamma. The only downside to these carnival-style games is that they cost extra. (Watch this walk-through video of Fossil Fun Games.)

What are your favorite interactive attractions at Disney?