What Makes Walt Disney World Resort Magical to Me 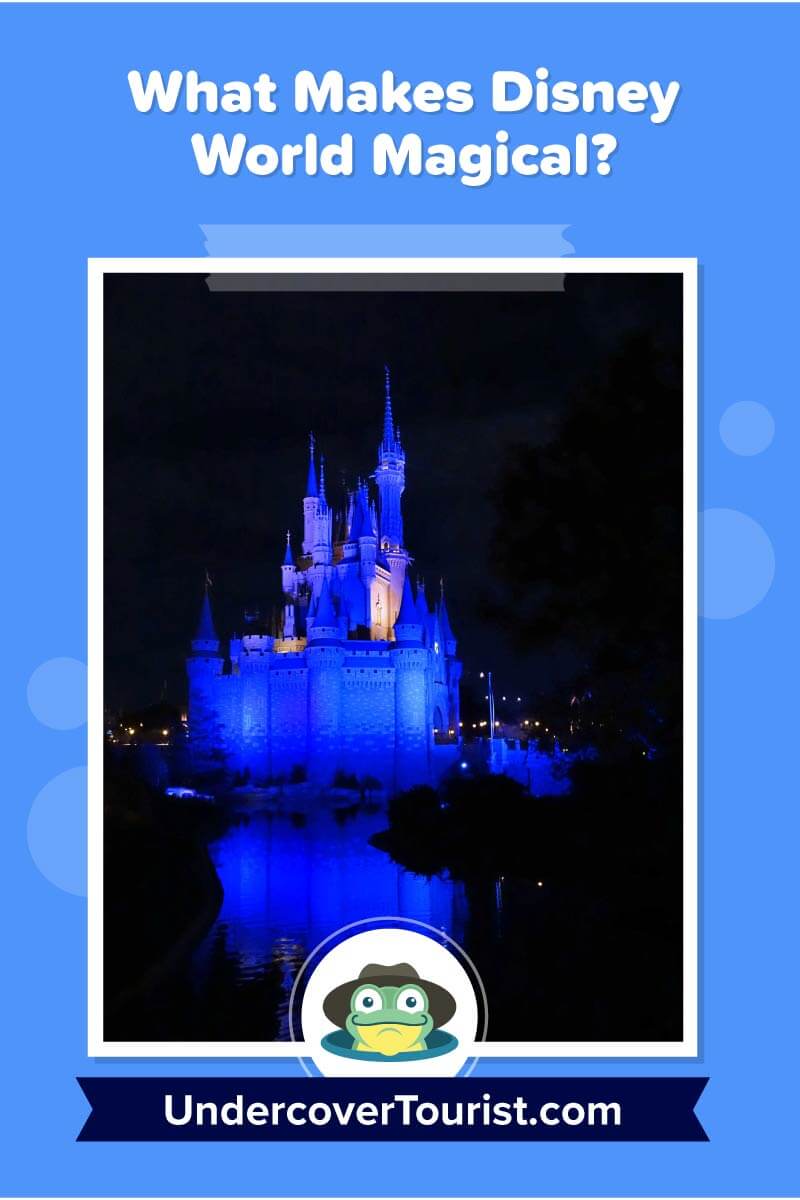 Disney World is my happy place. It’s where I feel like a tadpole again, and I don’t have to think about anything hoppening in “the real world” while I’m there with my family. So when I heard that the coronavirus outbreak, or COVID-19, forced Disney World to close temporarily, I may have shed a tear or two. But as we hear time after time in our favorite Disney stories, the good always conquers the bad. This virus will pass, and the parks will open again. In fact, Disney World is about to begin a phased reopening of its theme parks, starting with Magic Kingdom and Disney's Animal Kingdom July 11!

Since I’ve had a lot of time on my hands while we’ve been practicing social distancing, I’ve been watching other families re-creating Disney rides and sharing their favorite memories and photos online. Even during an uncertain time like this, Disney continues to bring smiles to froggy faces and sparks hope and strength to power through. In turn, it made me feel inspired to think about all the things I love about Disney World. This has greatly helped me focus on the positive rather than feeling down about the negative.

What Makes Disney World Magical to Me

Without further ado, I'm sharing what makes Disney World magical to me. Hop along as I share some of our favorite videos and photos to hold us over until we can make a future visit. We're all in this together!

Walt Disney World Resort takes its name seriously. With four theme parks, two water parks and nearly two dozen hotels, you’re stepping into the Most Magical Place on Earth — a world full of fantasy and happiness. To get an idea of the sheer size, Disney World covers 40 square miles, which is about the same size as San Francisco. It’s so much bigger than our lily pad at home! 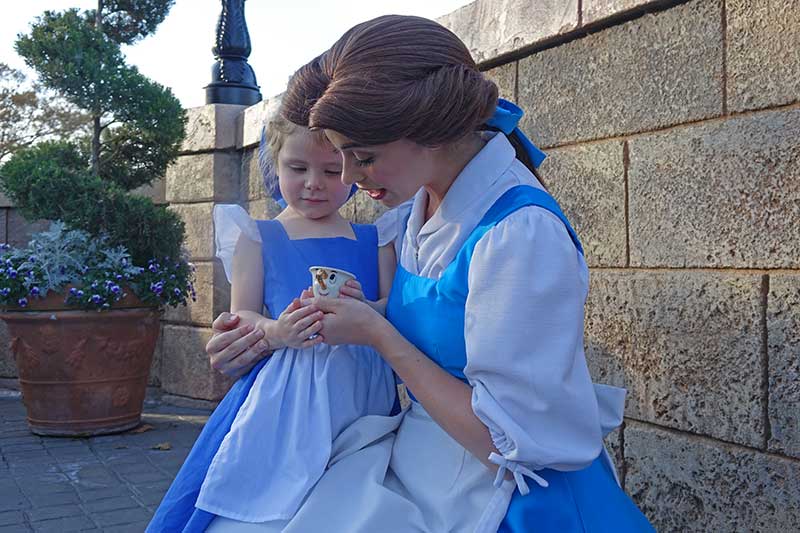 There’s just something magical about seeing your favorite Disney characters in real life. Seeing them in shows and parades is special in its own unique way, but we love getting up close and personal at the character meet-and-greets. After seeing "Frozen II," Lily really wanted to see Anna and Elsa in their new outfits at EPCOT's Royal Sommerhus, and the smile that lit up her face was priceless. Meanwhile Tad, who pays no attention to the Disney princesses, always has to strike up a conversation with Captain Jack Sparrow.

While meet-and-greets generally have set locations and times, we occasionally see characters who create opportunities to sprinkle a little extra pixie dust. One time, we saw Belle walk hand-in-hand with a young tadpole on the way to her meet-and-greet location after coming back from a reading break. Whether it's Stitch trying to eat our pen before he signs an autograph, or Ariel encouraging us to take a dinglehopper home, the characters truly make magical moments hoppen. 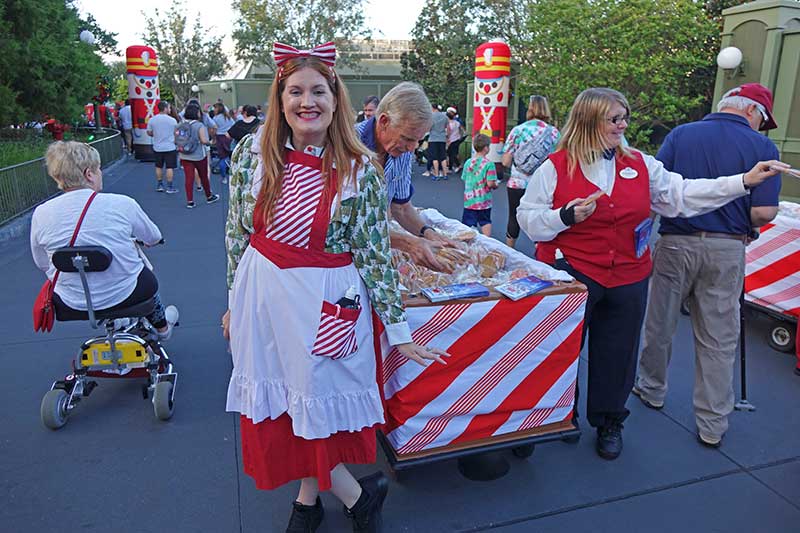 We may be the most eager to see the characters, but the cast members have such an important role in creating the magic too. We’ve heard countless stories of cast members going above and beyond to help guests in times of need or celebration. Kindness goes a long way, and you never know what kind of pixie dust a cast member has up their sleeve. If you hoppen to have any special experiences with cast members and want them to receive recognition, share your comments below, or tweet it to @WDWGuestService with the hashtag #CastCompliment! You can also call or stop by Guest Relations or email Guest.Services@DisneyWorld.com to send your compliment. 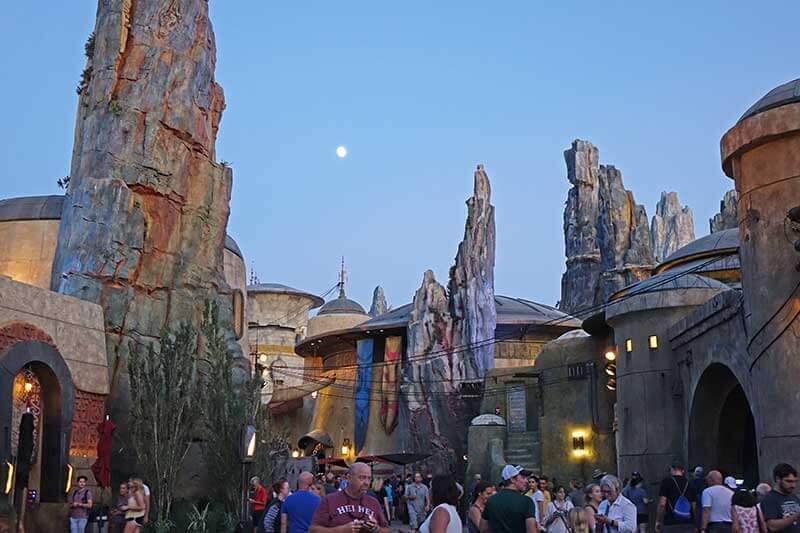 Theming is a huge part of what makes Disney World magical to me because it makes you feel immersed in a whole new world (pun intended) that’s separate from everyday life. Each theme park has unique lands and rides that transport you right into the stories of many beloved Disney characters. Shrink to the size of Woody in Toy Story Land, or soar through the sky on a banshee in Pandora while riding Avatar Flight of Passage. The new Star Wars: Galaxy’s Edge features roaming characters and two action-packed rides that make you feel like you’re part of the “Star Wars” universe. Magic Kingdom combines all of the Disney classics into one park. And what better way to travel around the world in a day than at EPCOT?

We love searching for hidden Mickeys around the entire Walt Disney World Resort. You can find them while riding attractions and walking around the parks and the hotels. Usually, you’re looking for a pattern of three distinct circles that form the silhouette of Mickey’s head, but hidden Mickeys can also sometimes be a profile or full figure of everyone’s favorite mouse. A new hot spot is Mickey & Minnie’s Runaway Railway, which now has the most hidden Mickeys packed in one ride! 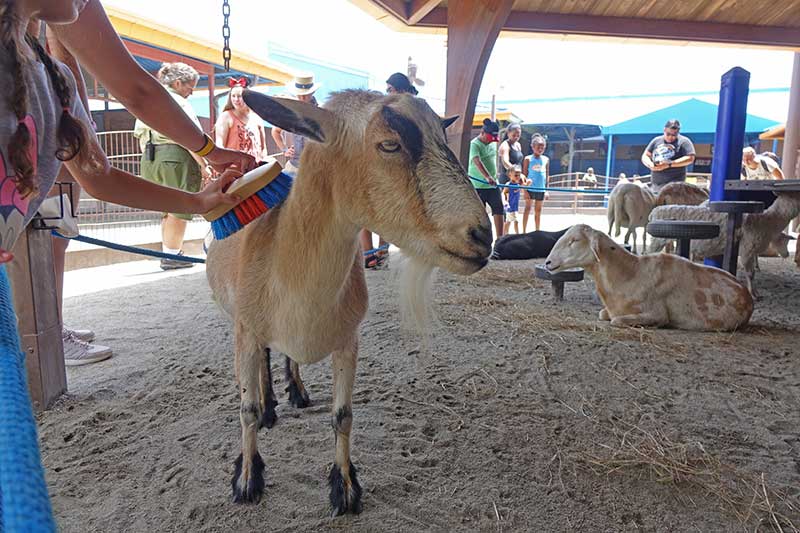 The Frog Family also appreciates the hidden gems and itty bitty details around the parks. Did you know there’s a petting zoo at Disney’s Animal Kingdom? Yup, it’s adorably called the Affection Section! Follow the droid tracks that can be seen in the pavement around Star Wars: Galaxy’s Edge. For more secret spots, check out our favorite hidden gems in Magic Kingdom, EPCOT, Disney's Animal Kingdom and Disney’s Hollywood Studios. 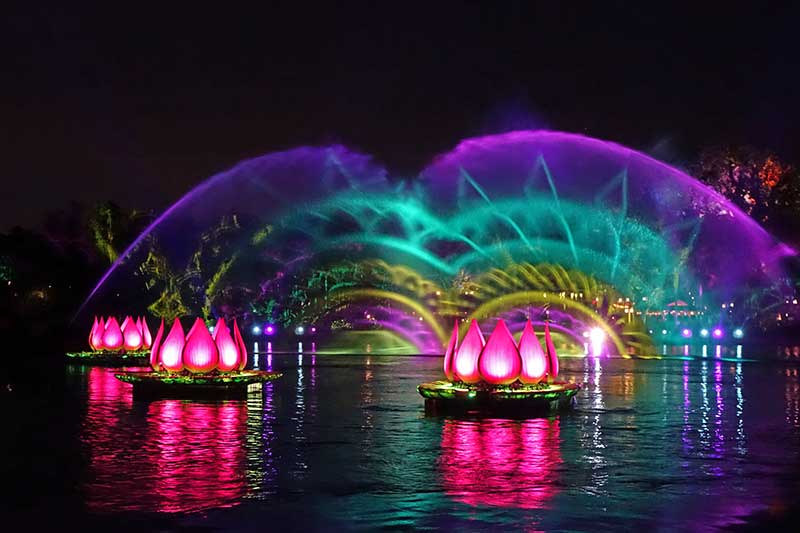 Disney World has a few incredible nighttime shows to end your day with a bang. EPCOT’s temporary show, EPCOT Forever, dazzles with LED kites, laser lights and fireworks. But it will soon make way for Harmonious, which is set to be one of the largest nighttime spectaculars ever created for a Disney Park. Animal Kingdom’s Rivers of Light: We Are One showcases the beauty of nature with its colorful lantern floats and special fountain effects. Fantasmic! and Star Wars: A Galactic Spectacular light up the sky over at Disney's Hollywood Studios. Finally, it doesn’t matter how many times I’ve seen Happily Ever After at Magic Kingdom. It never fails to make me cry hoppy tears when I hear, “Reach out and find your Happily Ever After.” 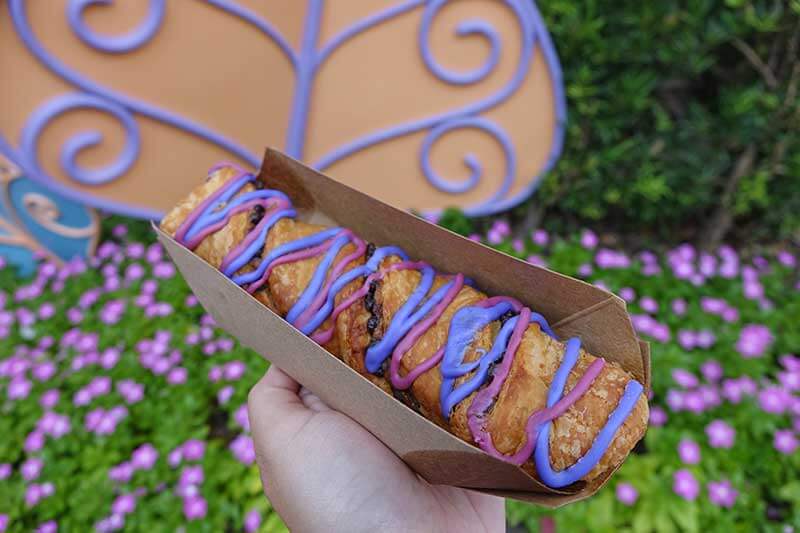 Want a romantic, luxurious dinner for two? Look no further than the ultimate fine dining experience at Victoria & Albert’s. Hungry for a snack? A classic Dole Whip or Mickey premium bar will cool you down on a hot summer day. Perhaps you want to mingle with Disney characters and take advantage of a buffet-style meal at the same time. At Disney's Coronado Springs Resort, you can attend Sangria University, during which you can learn how to make your own sangria. (That's my kind of education!) My favorite option is to sample as many dishes and drinks around the world as possible at the EPCOT International Food and Wine Festival (though on a hoppy note, all of EPCOT's festivals offer some delicious dishes and drinks to sample!). There are TOO MANY delicious options to list, ranging from table-service restaurants to food carts and buffets to bars. Disney World has it all! 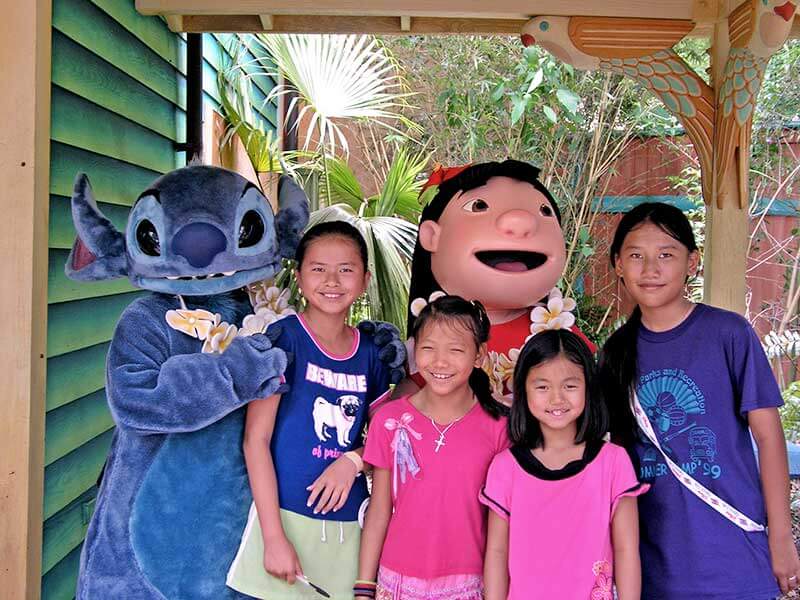 I remember going to Disney World for the first time with my family when I was 11. Disney's Hollywood Studios was still Disney-MGM Studios. Paper FastPasses were still in use. I zoomed down the slide at the Lost City of Cibola pool at Disney's Coronado Springs Resort. And unlike Tad, I was a not-so-brave tween and chickened out on riding Expedition Everest. But to make up for it, I met Lilo and Stitch, who had a meet-and-greet at Animal Kingdom “back in the old days” as Lily ever-so-gently reminds me I’m an ancient frog ;)

Now, I love creating new memories with Leap, Tad and Lily. Sometimes the rest of the family complains that I force them to take too many photos. Maybe they have a point ... I’ve flagged down a Disney PhotoPass photographer more times than I care to admit. But my hope is that Lily and Tad will be able to look fondly back on their childhood Disney World memories as they grow older and have tadpoles of their own.

Phew. It was hard to pick out exact things, but it just proves that Disney World is truly the Most Magical Place on Earth. Now it's your turn! What makes Disney World magical to you? We'd love to hear your favorite memories and the creative ways that you're keeping the Disney magic alive in the comments below.

Related: What's Coming to Disney World and Universal in 2020 and Beyond