Tips for Going to Universal Studios Hollywood with Teens and Tweens 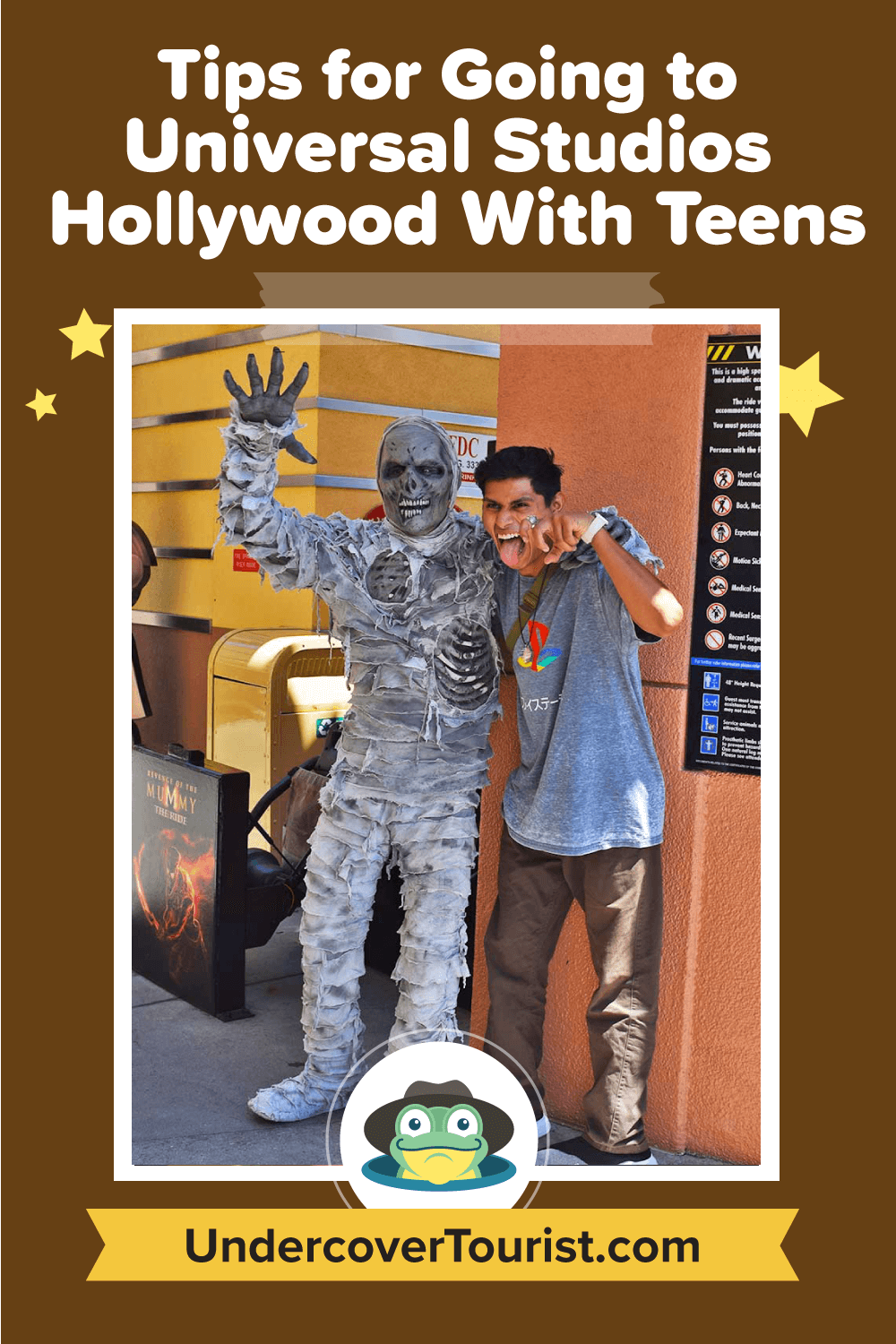 Do you have teens obsessed with Harry Potter books and movies? Do they enjoy action movies such as the "Jurassic World," "Transformers" and "The Fast and the Furious?" Then this is the perfect time to take them to Universal Studios Hollywood!

This theme park and active movie studio immerses your teens into their favorite film moments and takes them behind the scenes to show them how movie magic is made. Follow our tips for going to Universal with teens and tweens to make it an award-winning day.

Purchase Universal Express When Going to Universal Studios with Teens 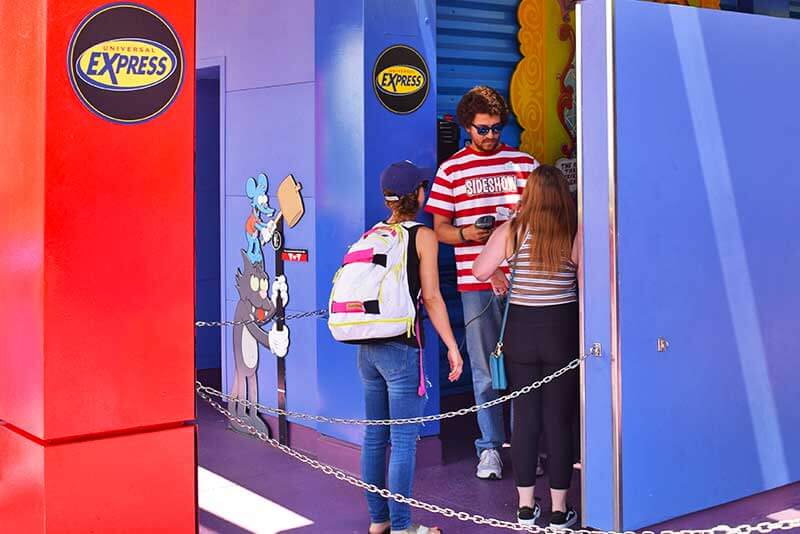 With height requirements most likely a concern of the past for these kids, they can now go on any ride in the park. In order to do it all — ride the rides, see the shows and take the Studio Tour — you’ll want to skip the lines. A Universal Express ticket can help you do just that. (Your best frog friends can help save you money when you purchase Universal Studios Hollywood tickets in advance, too.) 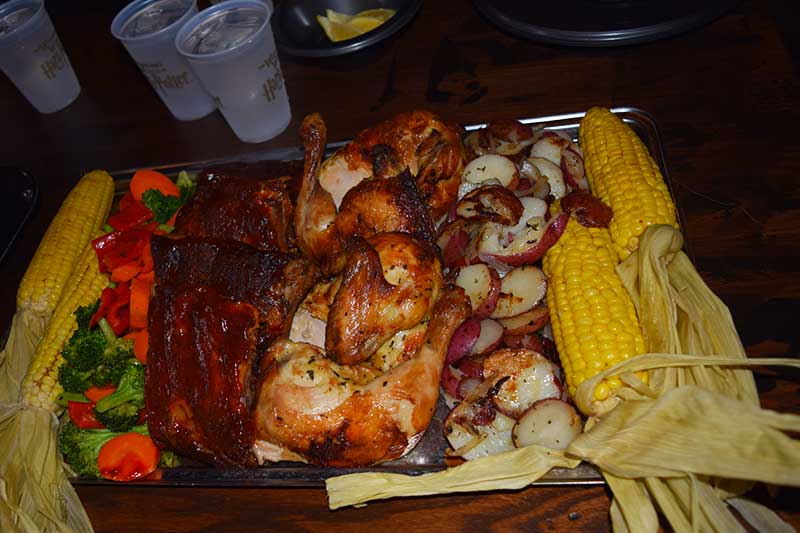 Teens love their snacks and meals. At Universal Studios, there are fun themed treats. From the Krusty Burger and Flaming Moe (nonalcoholic drink) in Springfield, USA to Freeze-Ray smoothies near Despicable Me: Minion Mayhem, to Butterbeer and all kinds of magical Wizarding World treats in Hogsmeade, your teen will have no shortage of delicious options. If you have big appetites in your crew, share the Great Feast at the Three Broomsticks. Hop over to Lily’s post on tasty Universal treats for some inspiration. She may not be a teen yet, but she certainly has a teen's appetite when it comes to snacks. 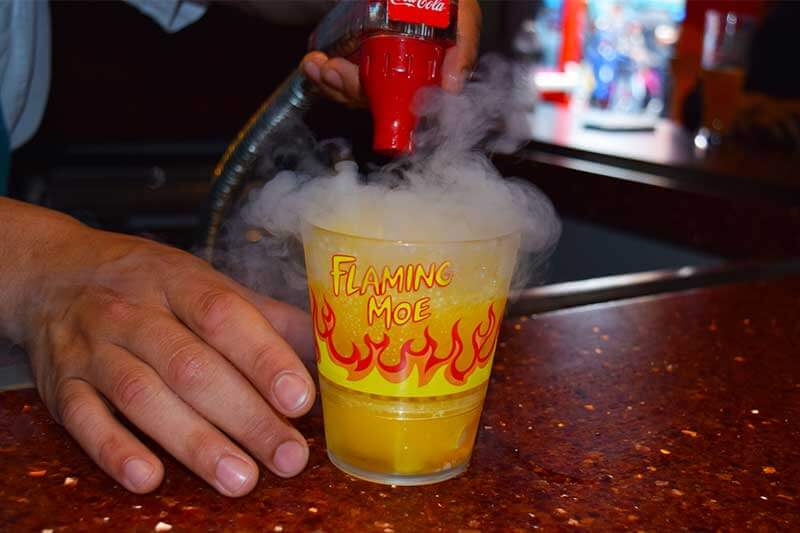 Be sure to keep your teen hydrated. The Southern California climate is very dry, so you'll all need to drink plenty of fluids. You can bring bottled water or save on soda by purchasing a refillable souvenir sipper that comes with a day of cold refills (every 10 minutes up until park close) from the Coca-Cola Freestyle stations. Your teens will also be hoppy to know that there is a Starbucks in both the Upper Lot and the Lower Lot, so there is always one nearby.

Plan Movie Nights Before the Trip

We’ll admit that some of the older movies that are featured on the Studio Tour are a bit before our tween, Tad’s, time. Knowing he will get more out of the experience and make connections if he’s actually seen some of the movies filmed at Universal Studios Hollywood, we have family movie nights. Classic movie sets and elements from "Jaws," "The Great Outdoors," "Back to the Future," "Gremlins," "War of the Worlds," "Psycho," "How the Grinch Stole Christmas," "Jurassic Park" and more are all featured in the park. We don’t need to let him know what we are doing. If there’s a lesson there, he won’t want to watch the films with us. But when he recognizes sets and props from scenes in movies we’ve watched together, he gets toadally excited. 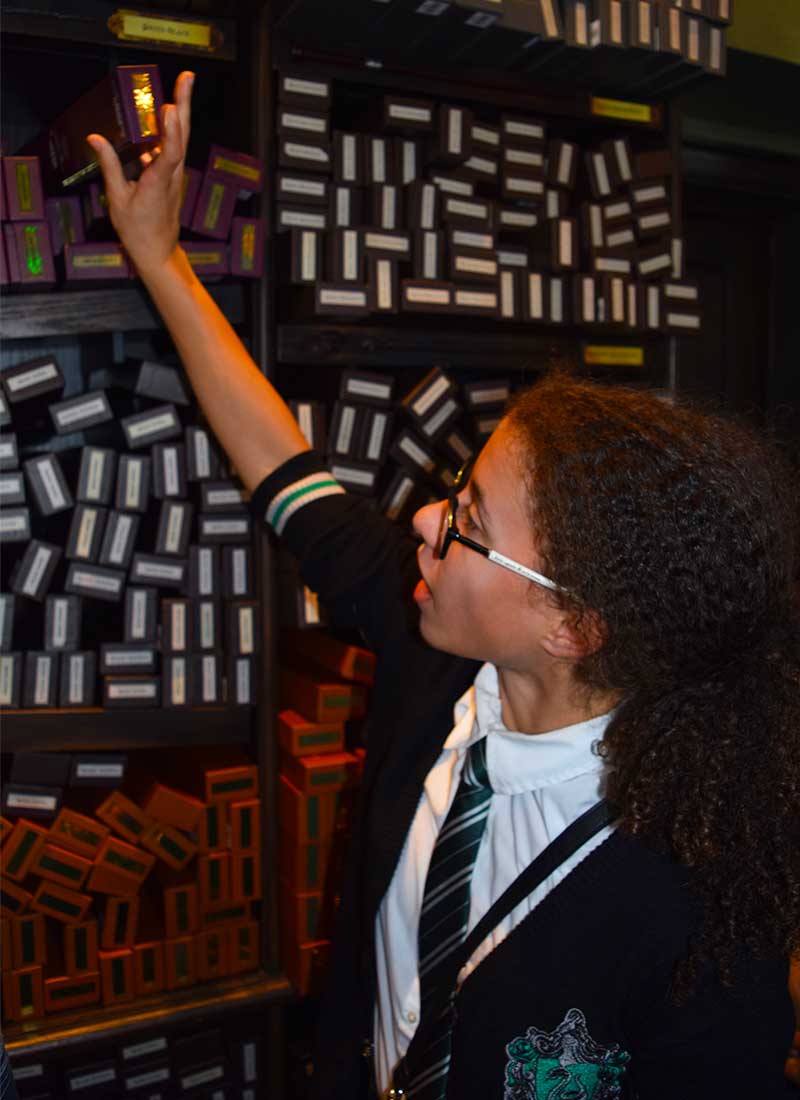 If you are going to Universal with teens or tweens who aspire to attend Hogwarts School of Witchcraft and Wizardry, they might want to wear robes and house colors to the parks. Tad arrives in full black and yellow Hufflepuff attire. The park sells robes, but you can save a lot of money by purchasing robes ahead of time. But shopping for some items are definitely an important part of the in-park experience. Buying an interactive wand in the Wizarding World can be fun and meaningful, so definitely wait to purchase a wand in the park. You'll receive a map of all of the spell locations. A wand might just so happen to choose your wizard during a wand pairing at Ollivanders, and if it does, that’s truly a magical experience! Hop over to learn all the details about choosing a wand in the wizarding world.

You might set a budget for how much you want to spend on souvenirs because it's easy to get carried away. As a Harry Potter fan, I can't help but want everything, too! Your wizard wannabes will love perusing the special candies and merchandise. We recommend purchasing food items (such as chocolate frogs) at the end of the day so they do not melt. Definitely budget some time for souvenir shopping, though, whether your teens are into Transformers, Hello Kitty (there's a Hello Kitty shop!), Harry Potter, Jurassic World, the Simpsons and more. 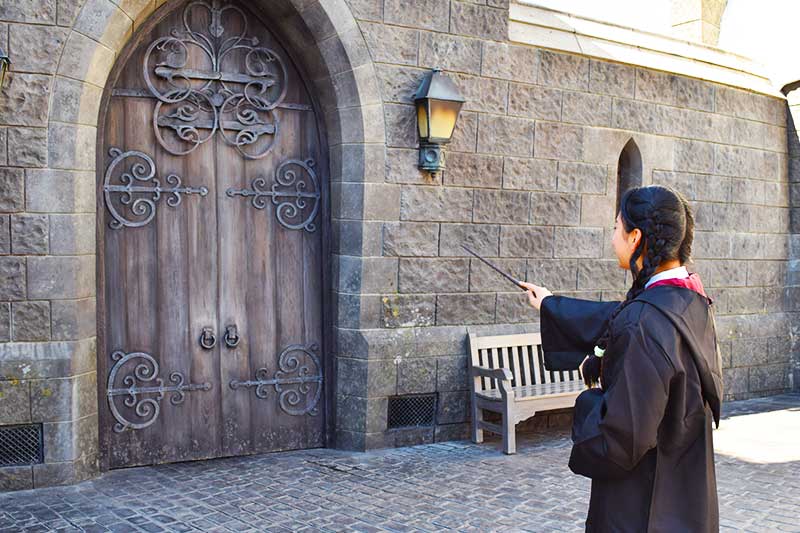 We know it’s not always easy to get a tween or teen out of bed early in the morning, but we have a saying: "The early frog gets the flies." The flies in this case are the shortest lines and coolest temperatures. Consider staying nearby (within walking distance) to cut down on the commute and parking process so you can get to the park before it opens. We love the breakfast buffet and walking distance of the nearby Hilton (as low as $211 a night through Undercover Tourist). The Hilton and the nearby Sheraton also offer a free shuttle to the park entrance. Check the park hours before your visit. Some days, especially in the off season, Universal has short hours. It can be hard to get it all in unless you start early. 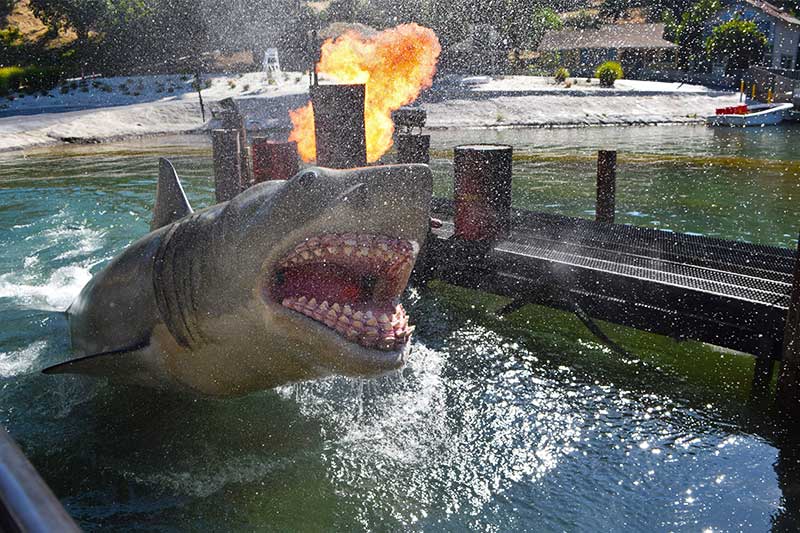 There seems to be a pattern of movement at Universal Studios Hollywood, and if you know where the crowds are headed, you can avoid them or beat them to it. Follow our 1-day park plan to put you ahead of the crowds. You might notice that the plan has you hopping in and out of the Wizarding World. That's on purpose. Arrive early, get on Harry Potter and the Forbidden Journey, and then exit the Wizarding World to get down to the Lower Lot (as soon as it opens — it can open up to an hour after the park opens) for the shortest lines of the day. You can come back up to the Upper Lot to shop and spend more time admiring all the details of the land later while the wait times are long.

Use Single Rider Lines When Going to Universal with Teens 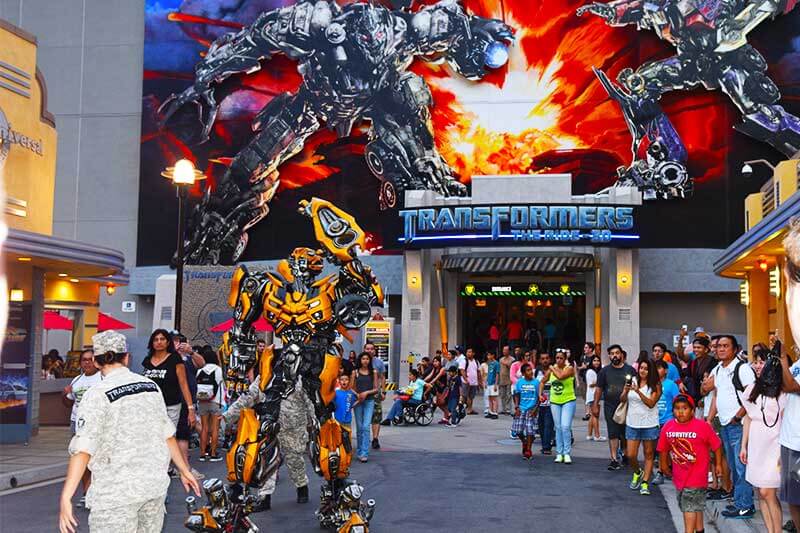 Your teens and tweens can take advantage of Single Rider lines for several rides to save time. Attractions with the Single Riders Line include:

Check out these other ways to maximize your time at Universal Studios Hollywood. 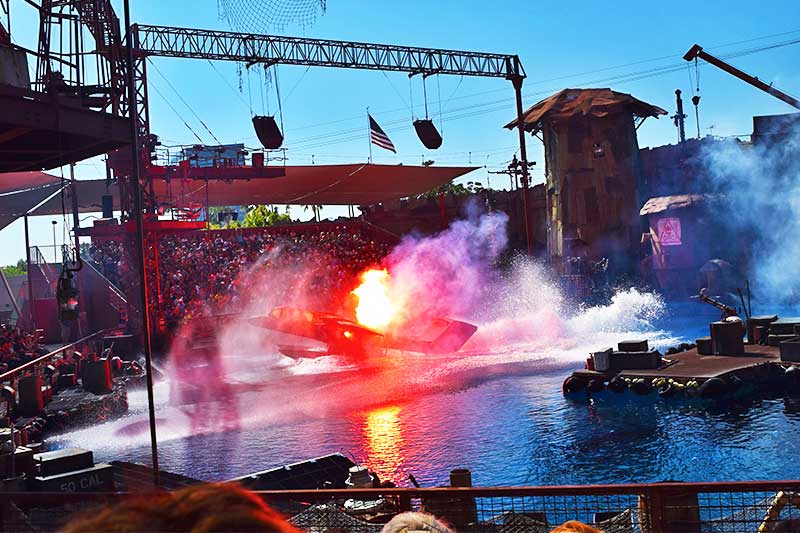 All of the shows are teen-appropriate. Movie fans will flip out to see how special effects work in movie-making at the Special Effects Show. Animal lovers will be happy to watch Universal’s Animal Actors. Teens who love stunts and action will enjoy WaterWorld (be aware that the front rows are soak zones). If your teens want to get wet and you do not, you might want to split up for WaterWorld. There's a new virtual line for WaterWorld. You can reserve seating through the Universal Studios Hollywood app. There are also other smaller shows, such as the Triwizard Spirit Rally and Frog Choir on the stage across from Hogwarts Castle. At certain times of the year, you might get to experience Nighttime Lights at Hogwarts Castle, with varying shows. (The Dark Arts at Hogwarts or The Magic of Christmas at Hogwarts Castle could be playing during peak seasons).

While they are not shows, different dinosaurs come out to greet guests in the Lower Lot, which is pretty cool. There are many character meet and greets such as the crew from Scooby Doo, classic Universal Monsters, Minions, Gru and the girls from Despicable Me, Transformers, "The Simpsons" characters, DreamWorks characters and more.

Visit During a Special Event

Certain times of the year bring special entertainment to Universal Studios Hollywood. If you are going to Universal with teens during the fall, they may be ready for their first Halloween Horror Nights. If you’re visiting during holiday time, Grinchmas is toadally fun. You can watch the lighting of the Christmas tree, meet the Grinch and try holiday treats. There may be palm trees present, but snow falls at night during Grinchmas and Christmas in the Wizarding World. Harry Potter fans will enjoy drinking hot Butterbeer and watching the Magic of Christmas at Hogwarts Castle. They may even pick up an interactive wand souvenir for casting spells in the park as an early holiday present!

Check Out Universal CityWalk After the Park Closes

Take a stroll through Universal CityWalk to go shopping, take pics in front of the giant guitar outside of the Hard Rock Café, eat creative doughnuts from VooDoo Doughnuts, try indoor skydiving and more.