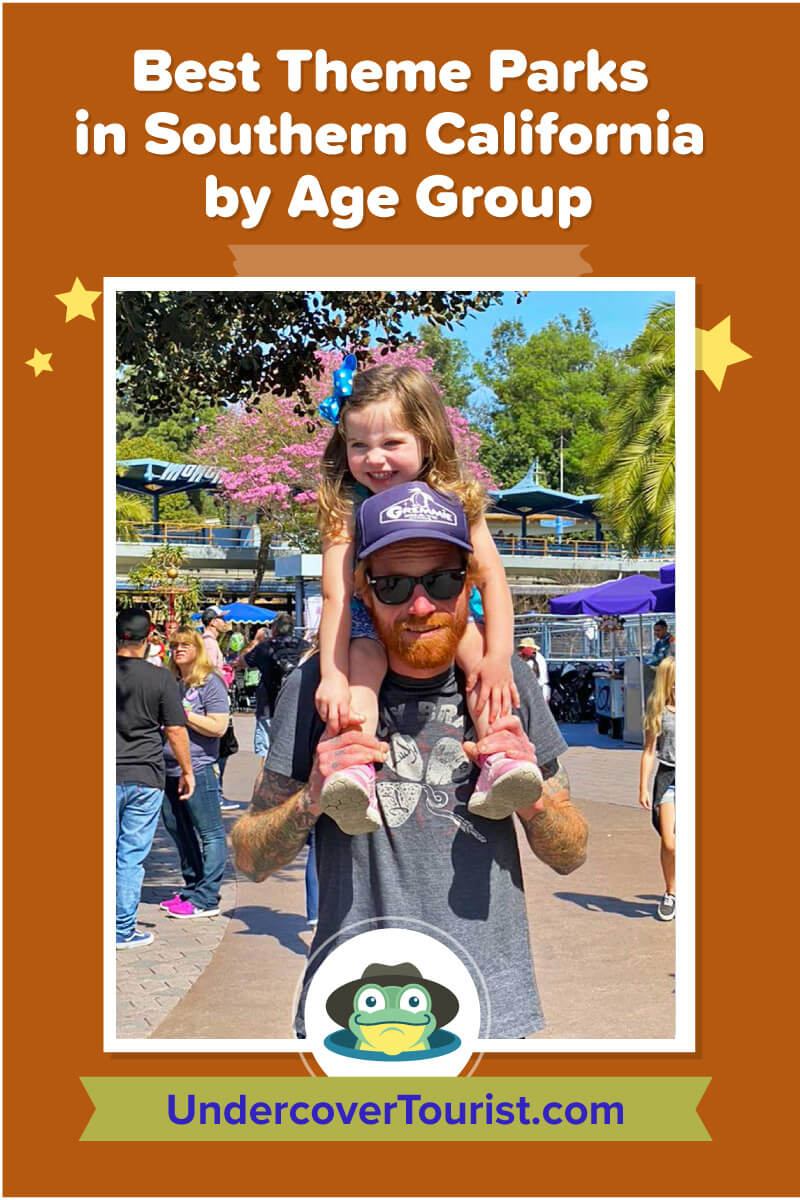 You will find that some theme parks in California are better suited for toddlers and younger children. Other parks are better for teenagers, parents and grandparents. If you've ever wondered whether a theme park is appropriate for your toddler, teenager, grandma or so on, then this post is for you. We are the frog theme park experts, after all! We're breaking down the theme parks in California by age group to guide you on your next adventure. Ribbit! 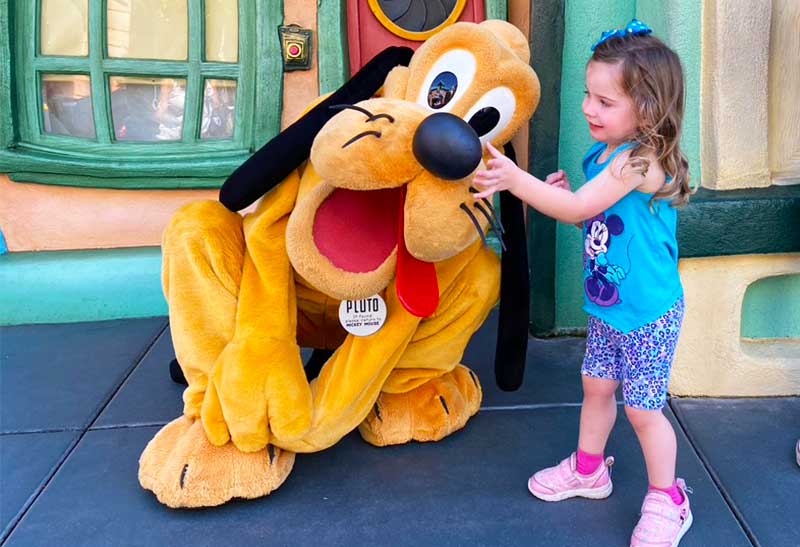 Best: Disneyland - The place where all of the magic began, Disneyland Park is home to the childhood classics Dumbo, Peter Pan's Flight and "it's a small world." It's also the only theme park in California where you can hug Pooh Bear and pet Pluto's nose. Many of the rides without height requirements can accommodate three people. Parents can take two small children on a ride, or two parents can ride together with one child. Toon Town has places to climb and play. The restaurants have great tadpole-approved food options. There are also shows and colorful parades (and bubble wands) that will hold a toddler’s attention.

Other good theme parks in California for toddlers:

Disney California Adventure - Just a hop, skip and a jump away from Disneyland Park, in Disney California Adventure Park, toddlers and preschoolers can shake it off with favorite Disney Jr. characters at the Disney Jr. Dance Party. The Redwood Creek Challenge Trail offers some shady areas to run freely, play, slide and climb. The Little Mermaid - Ariel’s Undersea Adventure and Monsters Inc. are great slow rides for little ones. More rides for toddlers and preschoolers arrived at Pixar Pier — Jessie’s Critter Carousel and the Inside Out Emotional Whirlwind. Be sure to check the Disneyland height requirements before you visit. Once the tadpoles reach 32 inches tall, a few Cars Land attractions open up for them. 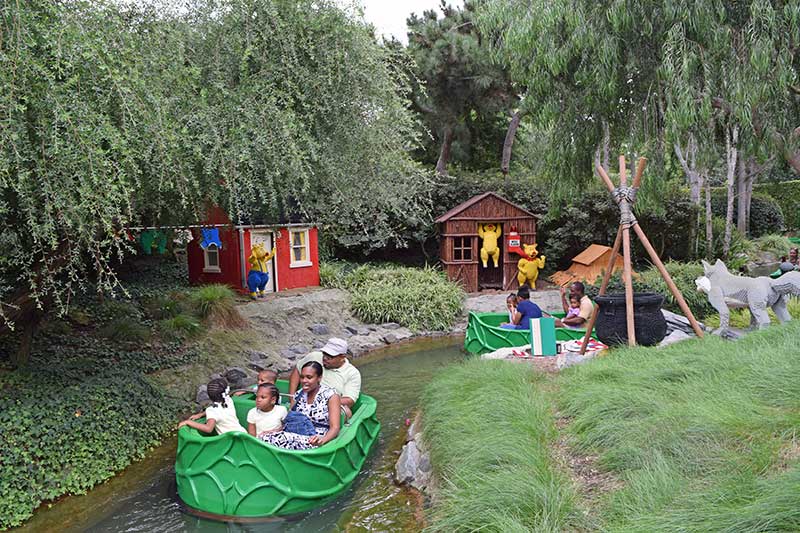 LEGOLAND –Toddlers and preschoolers enjoy the playgrounds and water play areas of LEGOLAND. It’s best to stick to rides with no height requirements. It can be more challenging for a parent with two small children to manage some of the rides built for two, so avoid those if you don’t have two adults in your party. The aquarium is sure to be a hit, and the water park has shallow areas specially designated for toddlers. 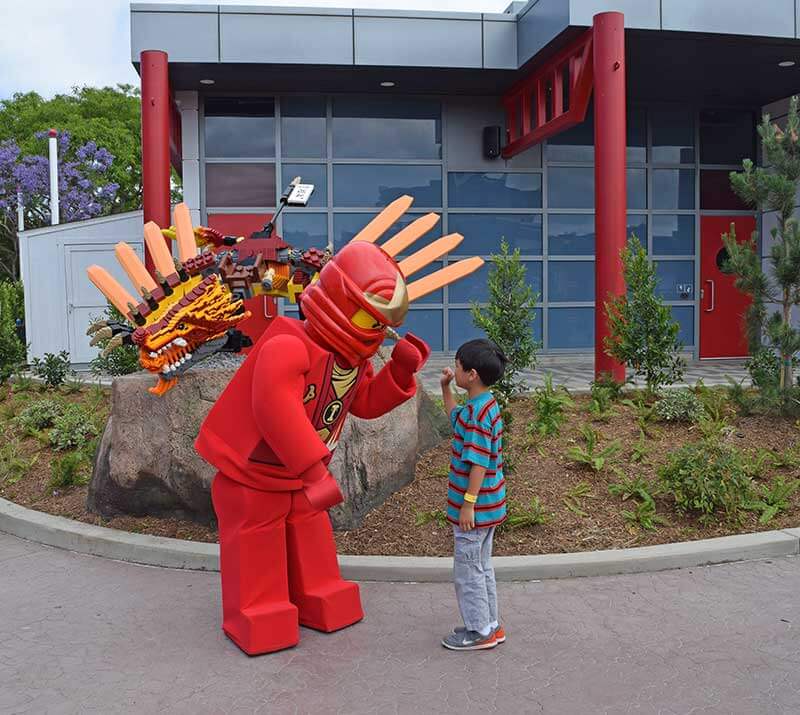 Best: LEGOLAND California - The rides and many playgrounds within the park are geared toward kiddos ages 2 to 12, making it the perfect park for preschoolers through elementary school children. LEGOLAND also boasts only "pink-knuckle rides," so there are plenty of kicks, but no super-scary thrills. There are water play areas inside Legoland, so definitely bring a swimsuit along! Kids can explore the aquarium and can spend all day in the Legoland Water Park, which offers different play areas that appeal to specific age groups, none of which offer extreme thrills.

Other good theme parks in California for elementary kids:

Disneyland Park - The perfect mix of incredible theming and daring adventure can be found in Walt's backyard. I'm looking at you, Splash Mountain, Pirates of the Caribbean and Indiana Jones Adventure! The roller coasters are the right speed of exciting but not too scary. Star Wars: Galaxy’s Edge offers another world to explore. Kids can build a droid at Droid Depot or even build their first lightsaber. It's also toadally fun to get a royal makeover at the Bibbidi Bobbidi Boutique.

Disney California Adventure – With the immersive Cars Land, recently renovated Pixar Pier, Frozen – Live at the Hyperion show and Toy Story Midway Mania, Disney California Adventure Park has been growing in popularity for elementary-aged kids. This is where they can try their first upside-down roller coaster — the Incredicoaster — and maybe even get soaked on Grizzly River Run. They can also run around and climb the very high Redwood Creek Challenge Trail while also trying out challenges built just for them, such as the sliding tire swing and climbing wall. As of summer 2020, Spider-Man and the Avengers swing into the all-new Avengers Campus for some MARVEL-ous fun! 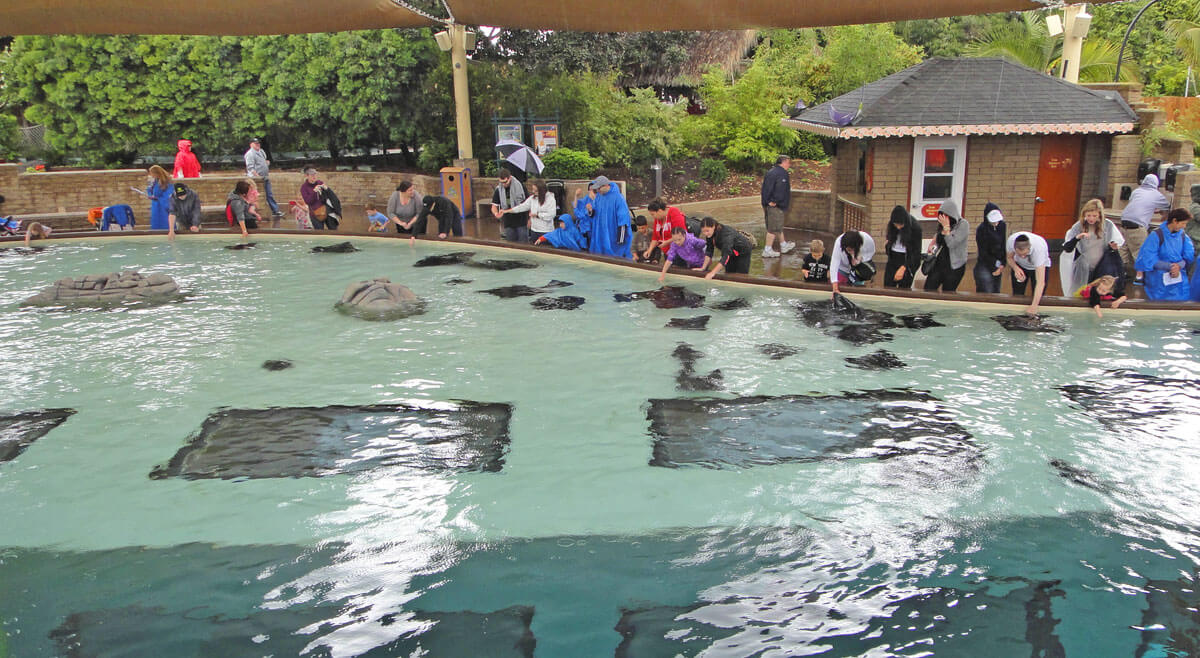 Universal Studios Hollywood – With wizards, minions, dinosaurs, Transformers, Kung-Fu Panda and more, there is plenty of excitement for elementary-aged kids at Universal Studios Hollywood. In spring 2020, The Secret Life of Pets: Off the Leash, an all-new ride, opens! Come December, the Grinch takes over on select days for a Seussian Who-liday spectacular kids and parents alike will love.

Best: Disney California Adventure - The biggest thrill rides at Disney California Adventure — Radiator Springs Racers, the Incredicoaster, Grizzly River Run and Guardians of the Galaxy: Mission — BREAKOUT! — are perfect for the tween set. Plus, there are plenty of character and Super Hero encounters, Instagrammable photo walls and opportunities for Disney fun! Teens will be leaping to join Super Heroes at Avengers Campus as of summer 2020.

Other good theme parks in California for tweens: 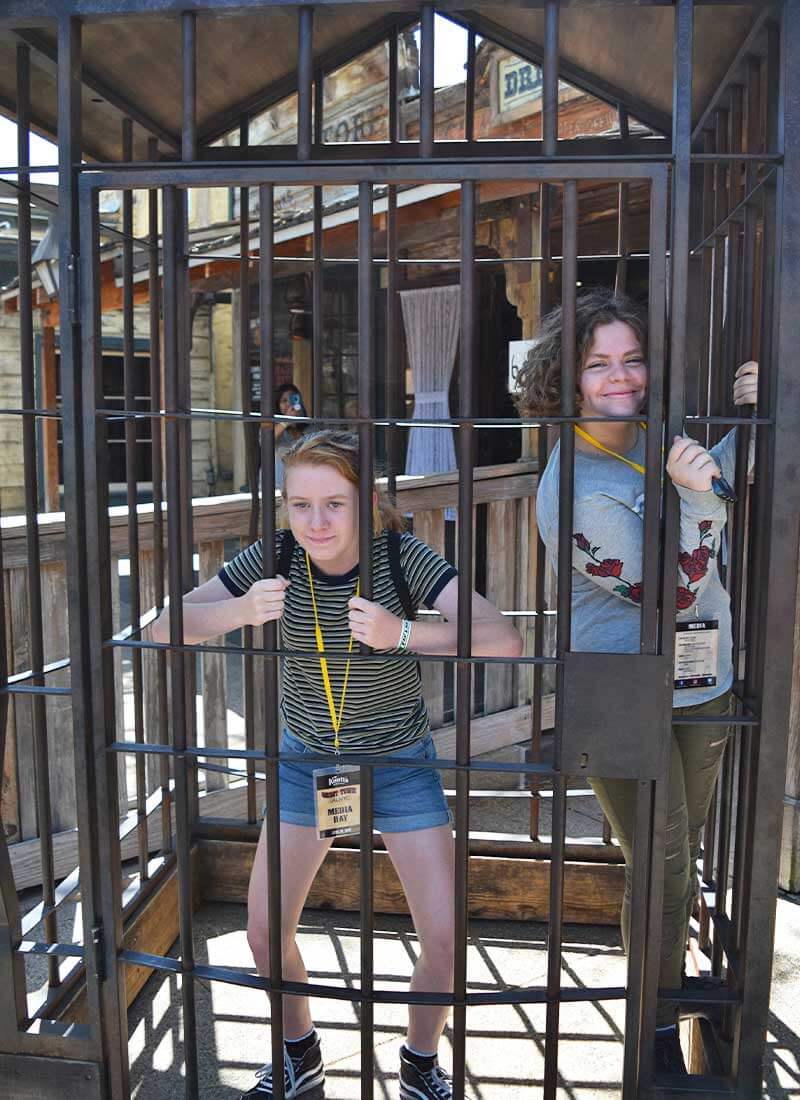 Knott's Berry Farm - America's first theme park offers a mix of fun and thrill rides, including Sierra Sidewinder, Ghost Rider and Pony Express, perfect for the tween set. Visit Ghost Town, where kids and tweens can pan for gold, or visit a blacksmith shop and an old schoolhouse. During the summer months, Ghost Town Alive! will capture the attention of tweens as they work to solve mysteries, perform tasks, search for clues and interact with the Ghost Town citizens. They just might land themselves in jail!

Universal Studios Hollywood- Young muggles and wizards alike will feel like they attend Hogwarts School of Witchcraft and Wizardry in their visit to the Wizarding World. Perhaps they’ll be chosen for a wand pairing! They can purchase an interactive wand to perform magic in the shop windows of Hogsmeade. Tweens love rides such as Despicable Me: Minion Mayhem, Transformers: The Ride-3D and Harry Potter and the Forbidden Journey. 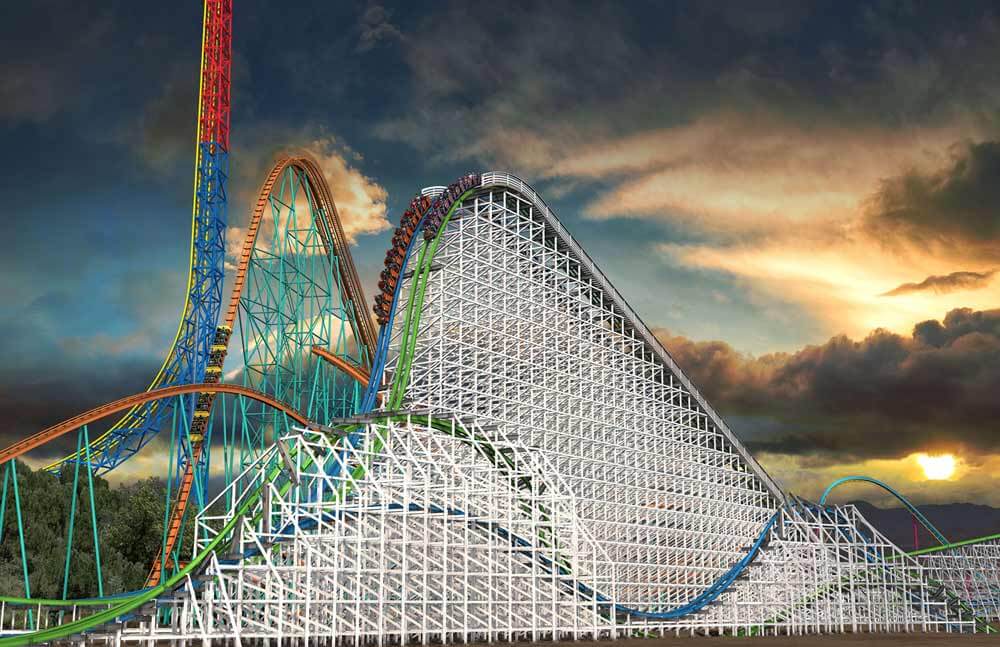 Other good theme parks in California for teens: 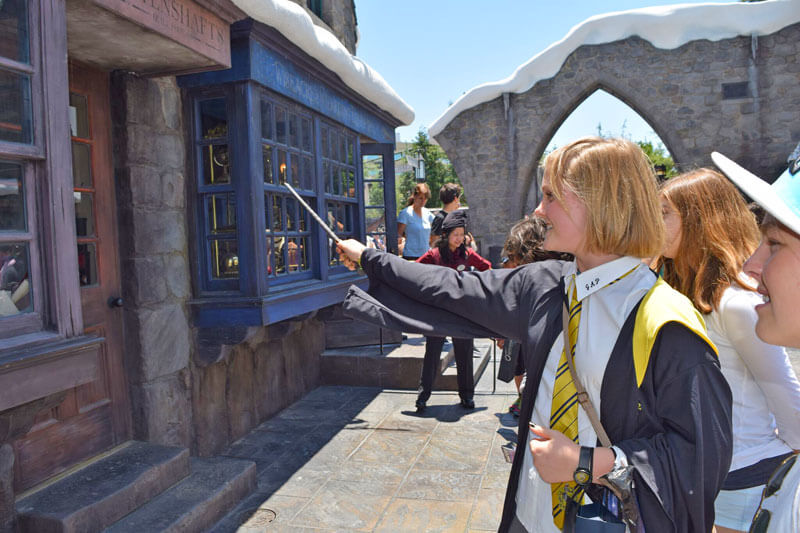 Universal Studios Hollywood - With the addition of the Wizarding World of Harry Potter, this park is now fully catering to the teen and young adult set, not to mention the muggles and wizards among us all. 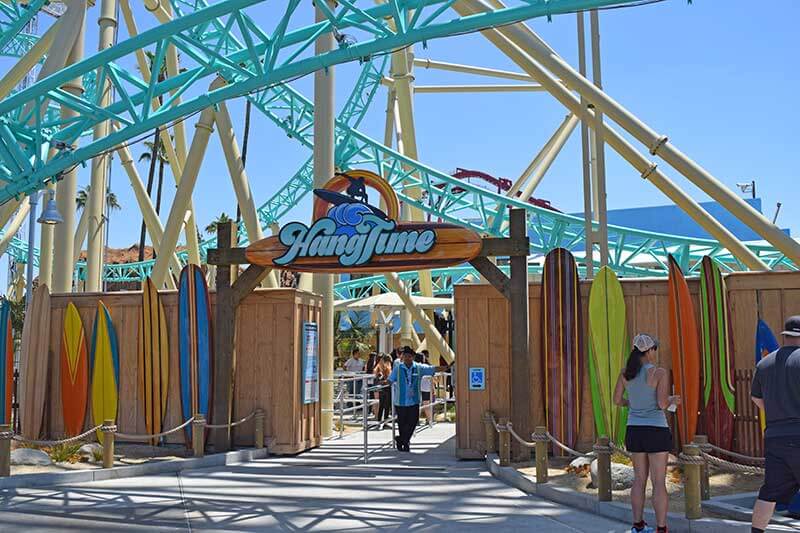 Knott's Berry Farm - By its own categorization, Knott's is home to thirteen "aggressive thrill" rides like the 82 mile per hour Xcelerator roller coaster, the twisting Silver Bullet and Hang Time. Hang Time is the first dive coaster in California, with the steep 96-degree drop and a negative-g stall loop. But it’s hovering at the top for 10 seconds, staring down at a disappearing track that will keep thrill-loving teens lining up for it again and again.

Disney California Adventure - Toadally fun drops on Guardians of the Galaxy: Mission — BREAKOUT! are just the start to making a day of teen fun! (Tad is a big fan!) The Incredicoaster sends teens on an adventure with the Incredibles. Teens also love the many selfie opportunities such as photo walls, colorful foods (such as the Pixar Pier Parfait and Memory Boosters) and meeting favorite characters, including Marvel Super Heroes. The arrival of a new Super Hero-themed land (coming soon) will further solidify this park as a teen favorite. 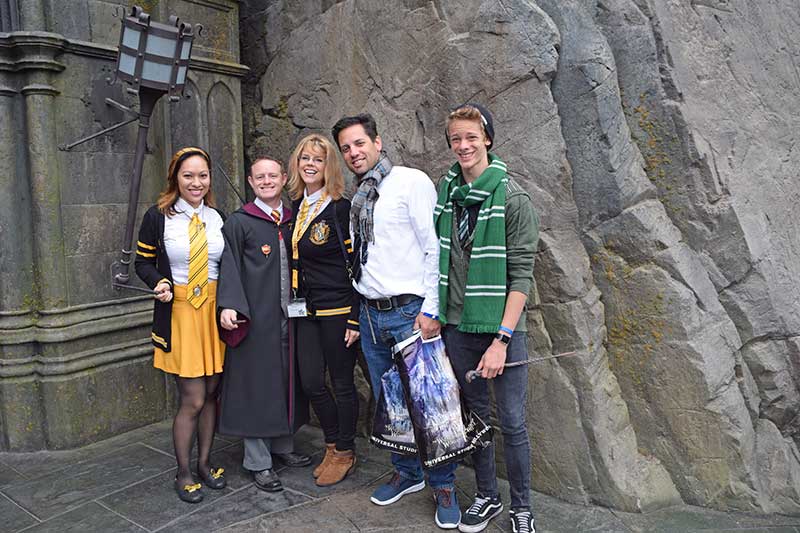 Other good theme parks in California for adults:

Disneyland - There is no better place in the world to channel your inner child than Disneyland, with its heavy dose of nostalgia and whimsy. The roller coasters are just about the perfect speed for many adults. We can never get enough of the parades, shows such as Fantasmic! and fireworks. Adults who grew up with the Star Wars movies can immerse themselves in the alien planet of Batuu in Star Wars: Galaxy’s Edge. Team up to fly the Millennium Falcon, locate droids and have a drink in Oga’s Cantina. The most exciting and immersive ride of all is Star Wars: Rise of the Resistance. It has all of the feelings of being in a Star Wars movie. The trackless vehicle provides the perfect amount of thrill for adults.

Disney California Adventure – There’s something for every kind of adult from the thrill-seekers, to shoppers, to the foodies in this park. The seasonal changes have us coming back again and again. Many of our favorite Disney foods are in this park, especially during festivals such as the Food & Wine Festival, Disney's Festival of Holidays and Lunar New Year. Adults will enjoy chilling with a fun, themed drink and tasty eats at the Lamplight Lounge or Carthay Circle lounge and restaurant. Then, the breathtaking World of Color makes a magical ending to the night.

SeaWorld San Diego - With its family-friendly shows, animal exhibits and thrill rides like Electric Eel, Journey to Atlantis and Manta, this park offers plenty to wonder at and enjoy. 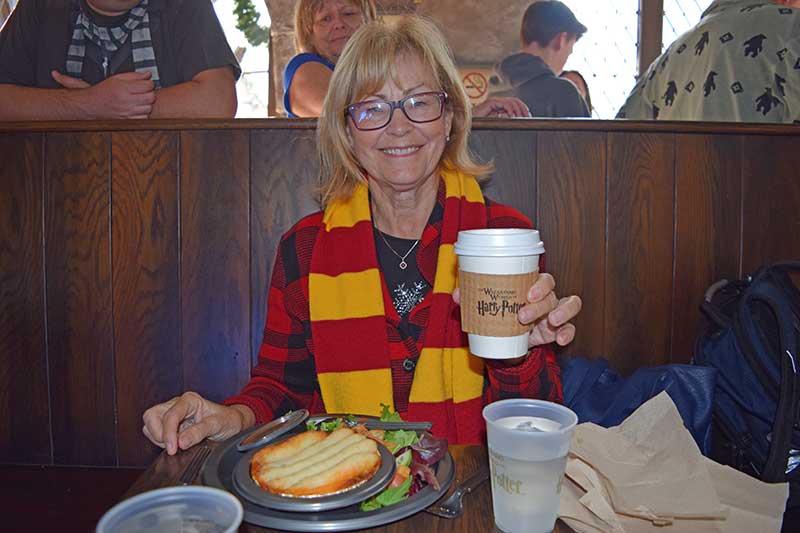 Best: Universal Studios Hollywood - This theme park that sprang up — literally — around a real-life, working movie studio offers fantastic shows and the world-famous Studio Tour through the Lower Lot. Make sure not to miss WaterWorld! While the movie was a flop, the show offers some of best pyrotechnics and stunts that side of the Mississippi. Other shows, such as the Special Effects Show and the Animal Actors Stage, are hits too.

Other good theme parks in California for seniors: 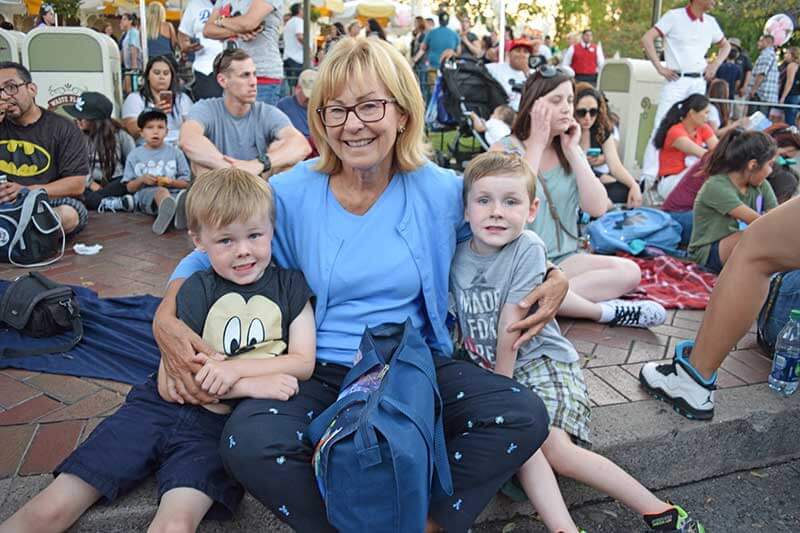 Disneyland Park - Walt's vision for a place where families could come together remains in place at the Happiest Place on Earth. Catch a parade or pull up a chair at the Jolly Holiday Bakery and people watch with Sleeping Beauty Castle as the backdrop! Disneyland is our favorite theme park for a multigenerational family trip. It truly has something for everyone — parades, fireworks and plenty of nostalgia.

Related: Mom's Secrets for Going to Disneyland with a Baby

Related: 10 Must-Know Tips for Taking a Multi-Generational Trip to Disneyland 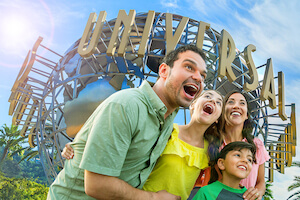