Magic Kingdom has Cinderella Castle. EPCOT has Spaceship Earth. Disney's Hollywood Studios has the Tower of Terror (or the Chinese Theater ... or even the Sorcerer's Hat or the Earrfel Tower if you're nostalgic like me). The icon of Disney's Animal Kingdom, though, might just be the most impressive. Imagineer Joe Rohde (the mastermind behind this stunning and verdant theme park) described the towering Tree of Life as "a symbol of the beauty and diversity and the grandeur of our animal life on Earth." For a park that celebrates our planet's magnificent creatures — both alive and extinct — we couldn't think of a more fitting centerpiece. Come with me as I share everything you need to know about this technological marvel rooted in a natural oasis. 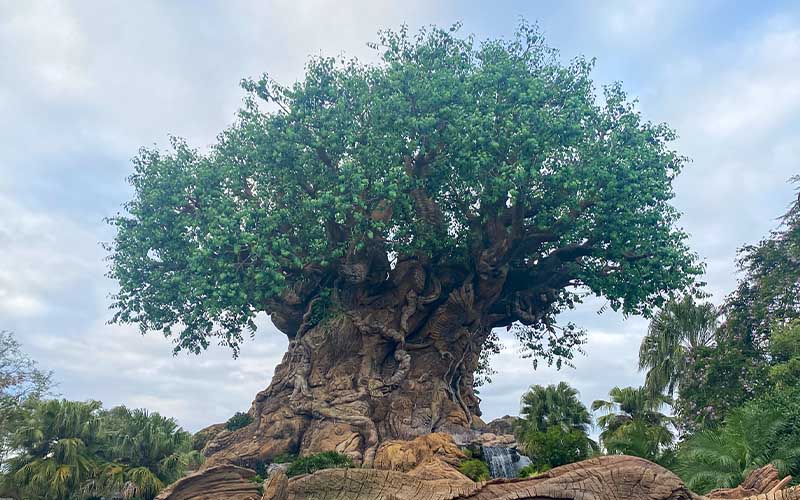 Overview of the Tree of Life

Just like everything else at Walt Disney World Resort, the Tree of Life has a story. Imagineer lore has it that this magnificent tree sprouted from a single seed planted by a tiny ant with the hope that it would one day grow to provide shelter and refuge for all animals big and small. The ant's wish came true and, as the tree grew, its shade attracted many different types of animals to the water's edge. As the animals drank, their reflections from the water bounced onto the tree, magically imprinting their likenesses there. If you peer into the right knothole, you might just find that very special ant immortalized on its creation today. 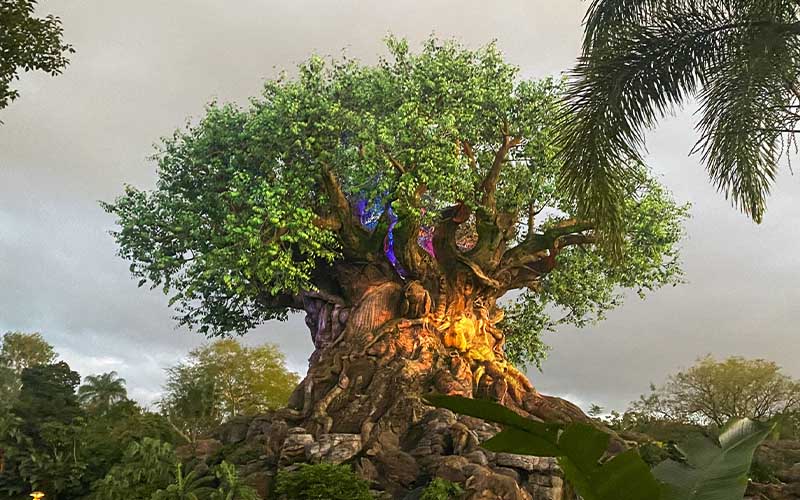 Located just past the Oasis, this faux baobab tree commands attention as soon as you enter Discovery Island. While it's by far the shortest of the park icons, the Tree of Life is still a towering 145 feet tall and 50 feet wide at its base. Today, 102,583 manmade leaves — each more than a foot long — cover its 8,000+ branches (i.e. 45 secondary branches, 756 tertiary branches and 7,891 end branches). In the spirit of recycling and conservation, the internal structure is actually made of an upside-down oil rig, since Imagineers knew that it would hold up against Florida's notorious hurricane-strength winds. 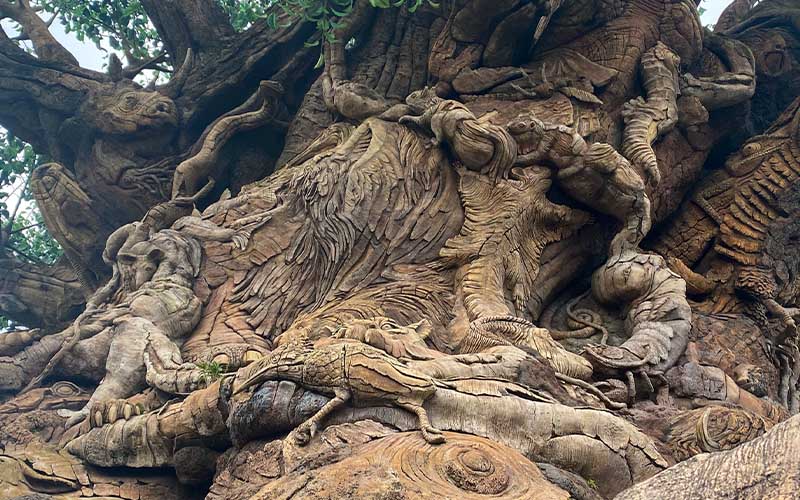 The most impressive aspect of this sculpture, though, is the more than 325 carvings of existing and extinct animal species that reside on its trunk, branches and surrounding roots. A team of 10 artists and three Imagineers took 18 months working full time to complete these works of art. It would take way too long to name every animal that appears on the tree (you actually won't ever find an official list of all the animals portrayed), but some you can expect to find are a lion, deer, eagle, monkey, pelican, rhinoceros, hippopotamus, bear, tortoise, lemur, scorpion and dolphin. Fun fact: When famous primatologist Jane Goodall visited the park during its construction, she wondered if there was a chimp on the tree. Shortly after, one of her most famous subjects, David Graybeard, was carved into the roots.

The Tree of Life has been making jaws drop since Animal Kingdom's opening day on April 22, 1998. Like any tree, it's ever-expanding. In Feb. 2015, construction walls were removed to reveal new roots with added animal carvings, from tiny bugs to large crocodiles, offering a wonderful view and a widened walkway for frogs visiting Discovery Island. 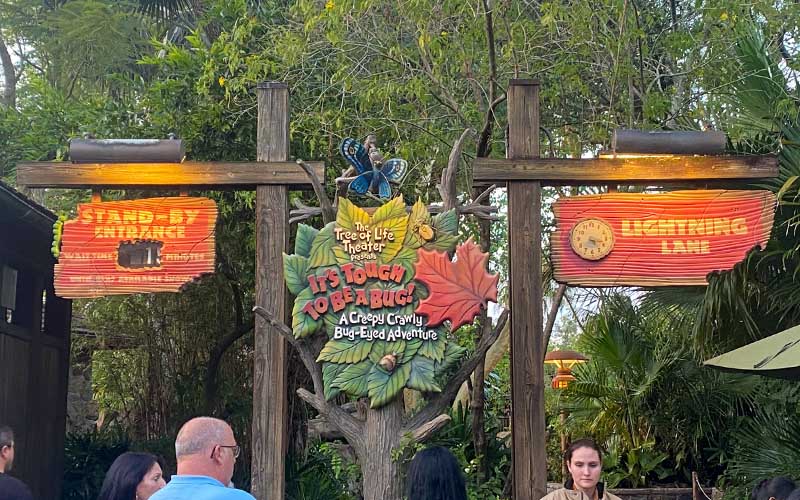 If you've never visited Animal Kingdom before, you might be surprised to learn that the Tree of Life actually houses its very own attraction! Veer right as you approach the tree and you'll find the entrance to It's Tough to be a Bug! — A Creepy Crawly Bug-Eyed Adventure. Yes, Pixar's second feature-length film, "A Bug's Life," has its own 4D musical comedy extravaganza nestled in the roots of the gigantic tree. Don a pair of "bug-eye" glasses and join Flik and his friends as they educate you on why ... well, it's tough to be a bug.

As a lifelong musical theatre fan, I love the many homages to and parodies of Broadway plays and musicals you'll find scattered throughout the queue. (Bee sure to keep your ears open for some covers of popular show tunes!) Once "places" are called, you'll make your way into the Tree of Life Theater and sit down on one of many wooden benches. Don't worry about where you end up sitting. There's no bad seat in the house! 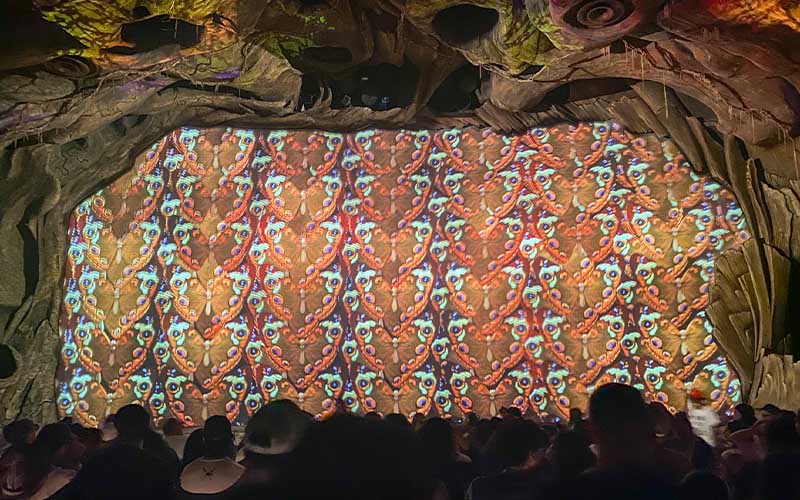 One thing I always make sure to tell parents is to be cautious heading into this attraction. While Flik tries to keep things fun and light-hearted, a certain grasshopper steals the show and reminds us frogs how scary it is to be a bug and how horribly we treat them. Certain images and effects here may upset younger tadpoles or tadpoles who are easily frightened. Additionally, be prepared to feel certain sensations behind and beneath your seat throughout (and even after!) the show. The cast of creepy crawly critters is very ... interactive, to say the least.

One of the best-kept secrets of Animal Kingdom lies within the roots of this iconic tree. If you're looking for a moment of peace and some close-up views of nature's beautiful creatures (both real and wooden), head to the Discovery Island Trails. These serene pathways that snake below the Tree of Life provide some of the most stunning views in all of Walt Disney World. 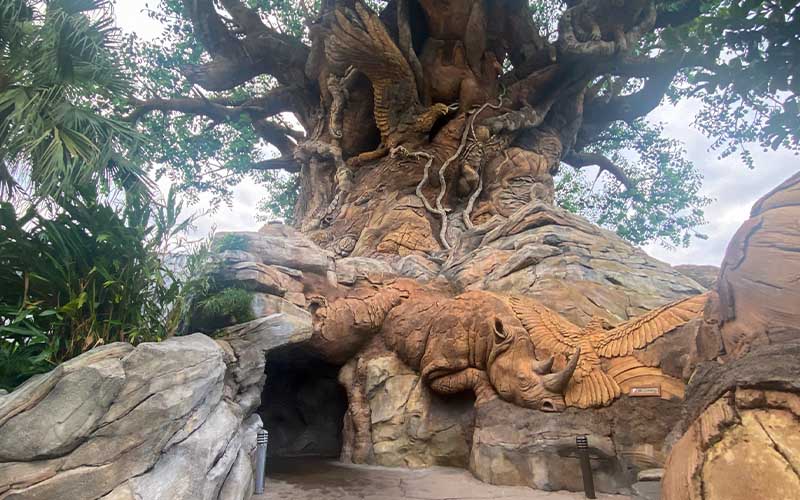 If you decide to forego It's Tough to be a Bug!, this is the closest you'll get to the glorious carvings of some of the tree's animals. Not only are they fascinating sculptures that merit close observation, but they also make for spectacular family photo-ops and are a much less crowded place to snap some pics than right at the front of the tree.

Additionally, these trails also house some stunning wildlife exhibits. Be on the lookout for unique and exotic animals, such as lemurs, storks, porcupines, kangaroos, macaws, flamingos, otters, vultures and more! 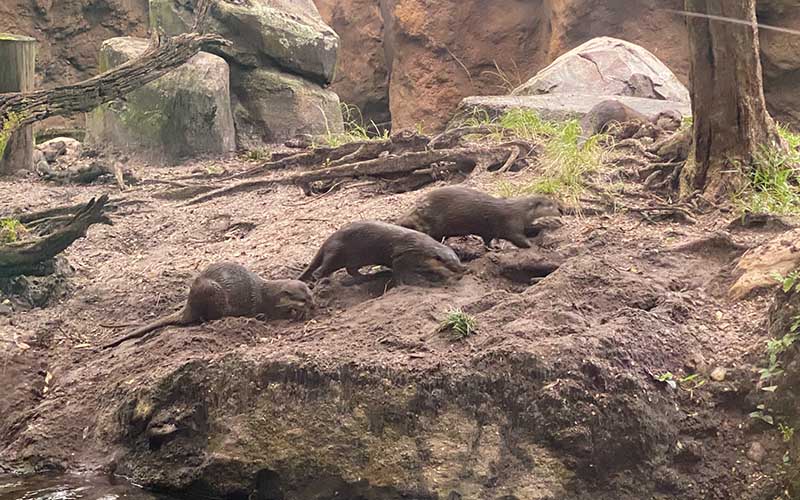 Grab your designated coffee beverage at Creature Comforts and spend some time meandering through the wooden footbridges, cave-like tunnels and roaring waterfalls of these tranquil trails.

If you're near the Tree of Life from 9:15 a.m. to 3:15 p.m., you may get to experience a free-flying flock of magnificent macaws taking to the skies. This fine-feathered flock is composed of over six different species, the largest of which have an incredible wingspan of around 48 inches! Gather round as Animal Kingdom's resident avian expert shares some fascinating secrets about these parrots and even answers your pressing questions. This wondrous encounter occurs several times throughout the day. 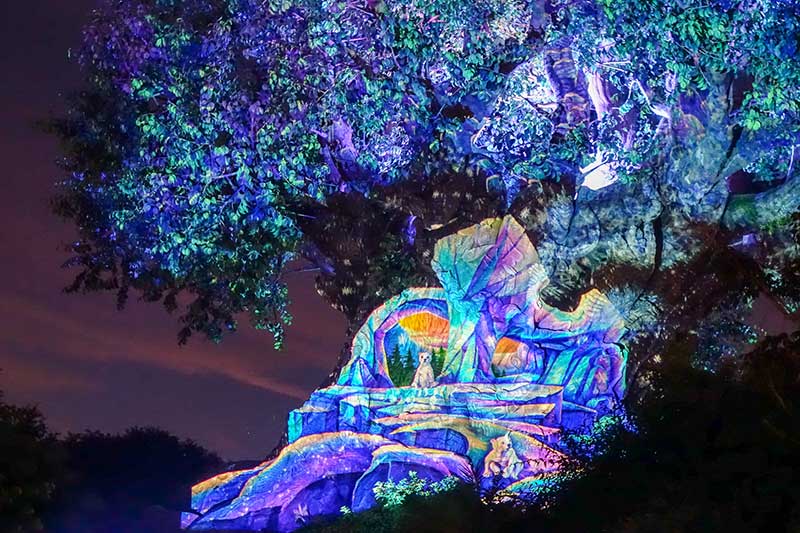 Once the sun goes down, the enormous baobab comes to life in a show called Tree of Life Awakenings. This nightly projection show showcases picturesque landscapes and the native creatures that inhabit them. Does, hummingbirds, foxes and other critters live, love and play along the tree's trunk and canopy in a presentation that celebrates the eternal balance and harmony that exists in all living things, big and small. Vibrant colors and heartwarming music come together in this underrated nighttime spectacular that occurs approximately every 10 minutes until the park closes. During the holiday season, you may even get to witness a special festive version featuring magical winter wonderlands and classic Christmas tunes! Tree of Life Awakenings — Holiday Edition only occurs on select nights.

What's your favorite thing to experience at the Tree of Life? What are you excited to experience for the first time on your next trip to Animal Kingdom? Share with us in the comments below!

Related: Guide to the Holidays at Disney's Animal Kingdom