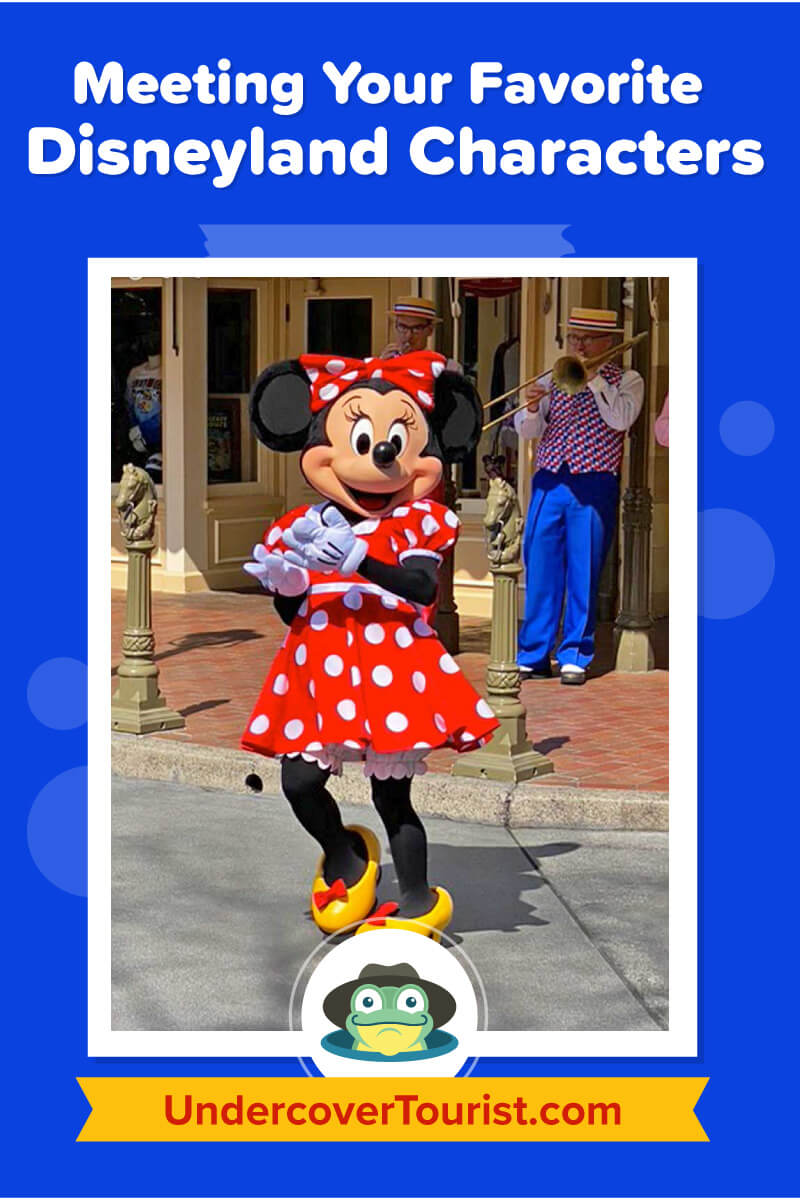 No matter how old you are, you never get tired of meeting your favorite Disney characters in the parks. The trick is knowing where to find them. Sometimes they unexpectedly appear — especially at the Disneyland Resort — and that is pure Disney magic. They do, however, tend to frequent their favorite spots in the parks. If you know where they might be, you can increase the likelihood of meeting your favorite Disneyland characters on your next trip!

Our Guide to Meeting Your Favorite Disneyland Characters

If you are going all the way to Disneyland, you can’t get by without meeting the big cheese himself: M-I-C-K-E-Y M-O-U-S-E! Mickey and his friends Minnie, Goofy, Pluto, Donald, Daisy, Chip and Dale are often at the top of everyone’s must-see list. You can find these classic characters at both Disneyland Park and Disney California Adventure Park.

In Disneyland Park, most of them are almost always near the entrance to the park. After you walk through the tunnels, you can find them in the middle of the circle in front of the train station, by City Hall, near the Mad Hatter and in front of other stores and Great Moments with Mr. Lincoln. The morning and early afternoon are popular times to find them here greeting all the guests coming into the park. 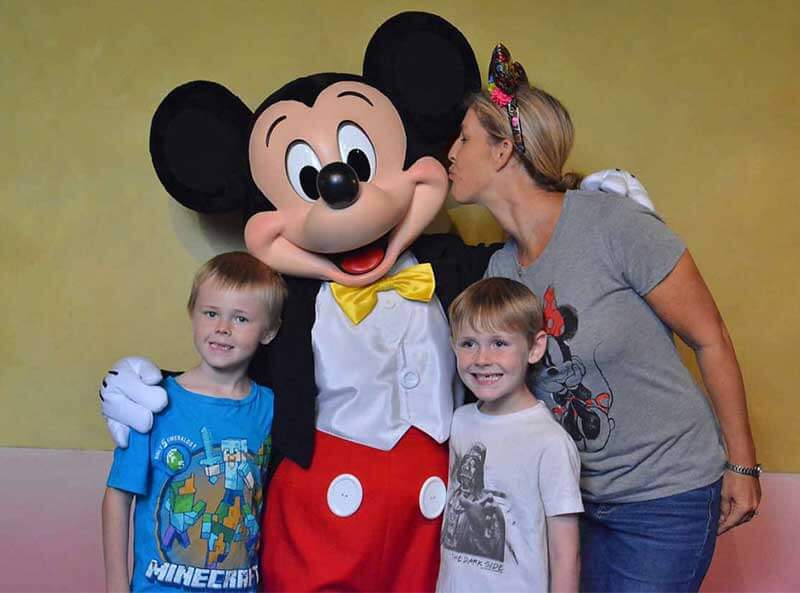 Another area these Disneyland characters frequent is Toontown. Mickey and Minnie greet guests and pose for pictures in their houses, and their friends are often out and about on the streets of Toontown. Keep your ears open! When you hear clock sounds and music, a new character may be arriving. You'll see them emerge from a doorway in Toontown City Hall. Follow them to their meeting spot for the shortest wait.

At California Adventure Park, you can meet these same classic characters on Buena Vista Street. They'll be dressed in vintage wear. Pluto is sometimes near the airplane by Soarin'. At times, we have run into Oswald the Lucky Rabbit near the park entrance. When he's out, he's usually the first or last character you see when you either come in or exit the park. 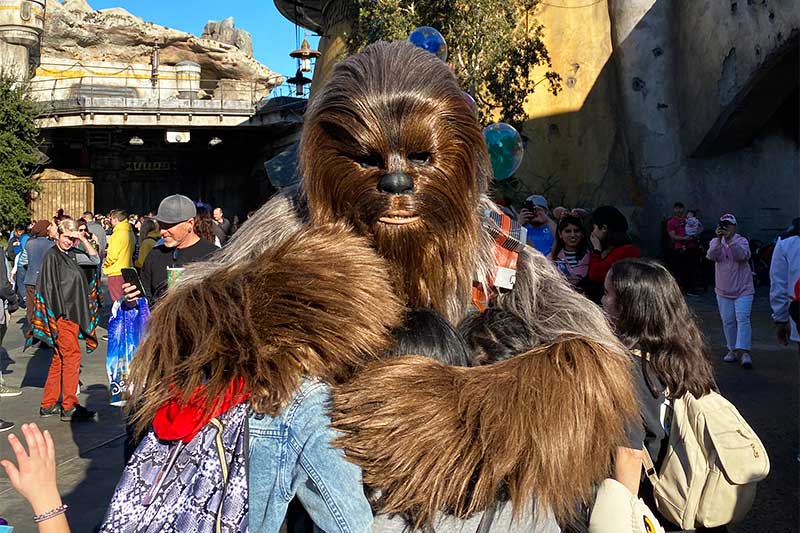 Stormtroopers patrol all of Star Wars: Galaxy's Edge. Sometimes Supreme Leader Kylo Ren joins them. They will decide if they want to stop and talk to citizens (unlike other characters in the park who can’t wait for guests to visit them). There is no official line or location or greet for the characters in Star Wars: Galaxy's Edge. This is their world and they have things to do. You can hop over to our guide to the roaming characters of Galaxy's Edge for more details on where to meet Chewbacca, Rey, Vi Morada the spy, R2-D2, stormtroopers and Kylo Ren. If you want the warm and fuzzy meet and greet, look for Chewbacca. He's always good for a hug! The First Order characters are bit more intimidating but can also be hilariously rude.

You’ll find Captain America, Spider-Man and other Marvel Super Heroes in Disney California Adventure. Once the new land Avengers Campus opens, that will be the place to find all Super Hero encounters. Hop over to our super guide to Avengers Campus to learn where to meet the following Avengers: 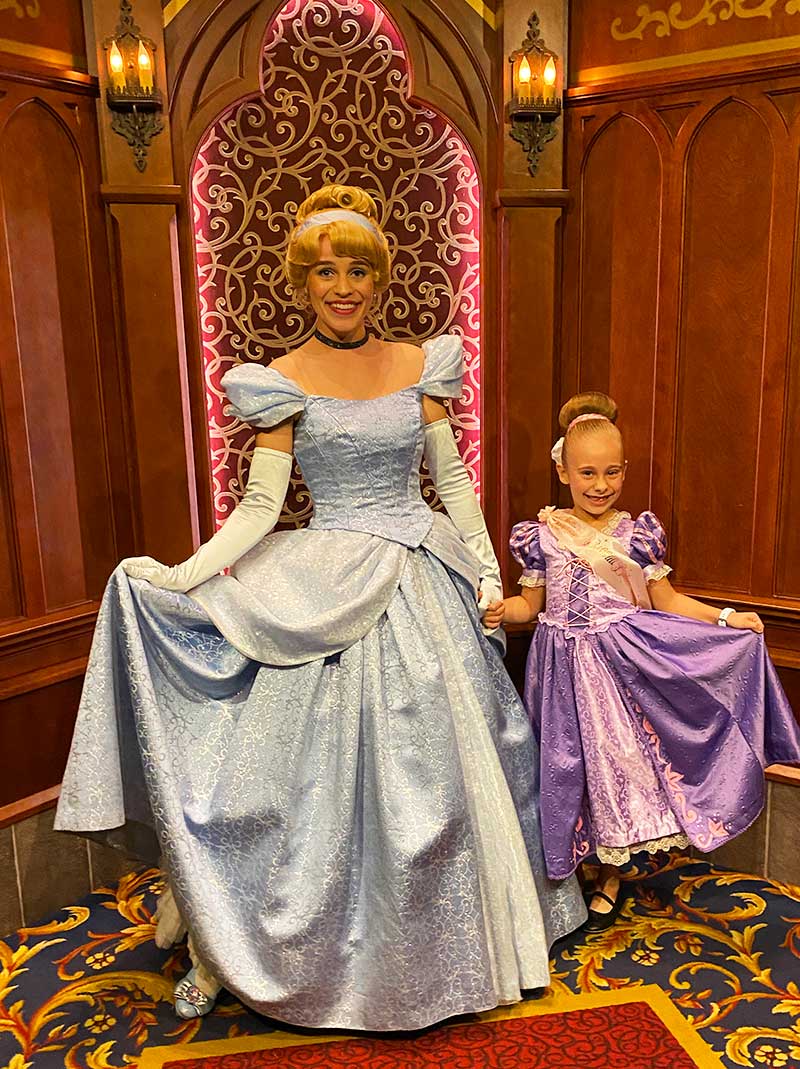 Lily recently shared how to meet the Disneyland princesses (and even some of their friends, such as Flynn Rider). You can find all that detailed information in her tips for meeting princesses at Disneyland. Most Princesses stay in Disneyland Park. Several can be found in or near the Royal Hall in Fantasy Faire. There are exceptions. We recently came across Pocahontas near the Rivers of America. She says she is usually off exploring with John Smith, but when she is in the area, she visits guests at Disneyland. Merida strolls around Fantasyland. You might run unto princesses near "it's a small world" or the Wishing Well. Tiana frequents New Orleans Square and the Mark Twain Riverboat.

Anna and Elsa (sometimes along with Olaf and Kristoff) are in California Adventure. Other princesses do make special appearances at Disney California Adventure during certain holidays. Mulan visits guests with Mushu during Lunar New Year and Elena greets guests during the Festival of Holidays.

Tinker Bell and her fairy friends flit about in Pixie Hollow. Beware! Captain Hook has been known to lurk about near Fantasyland. Keep an eye out for Tinkerbell’s friend, Peter Pan. He rarely stays still but is awfully fun if you do find him.

Where Are Winnie the Pooh and Friends? 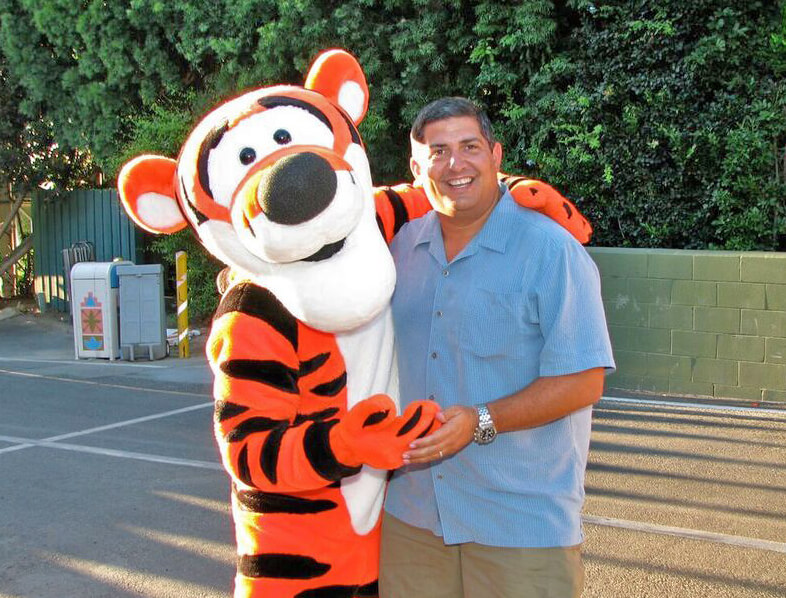 Throughout the day, various Pixar pals pop in to see visitors to Pixar Pier. They tend to stay in their neighborhoods. 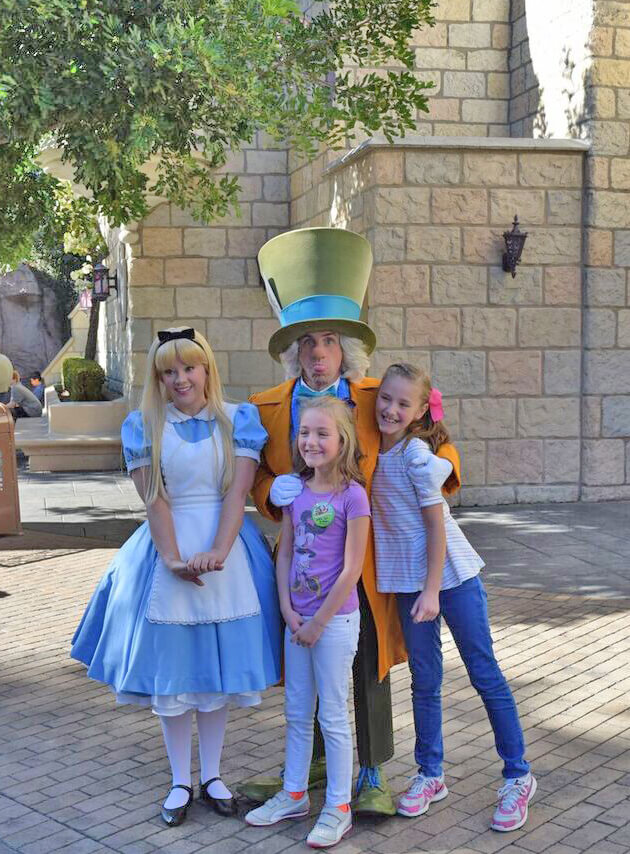 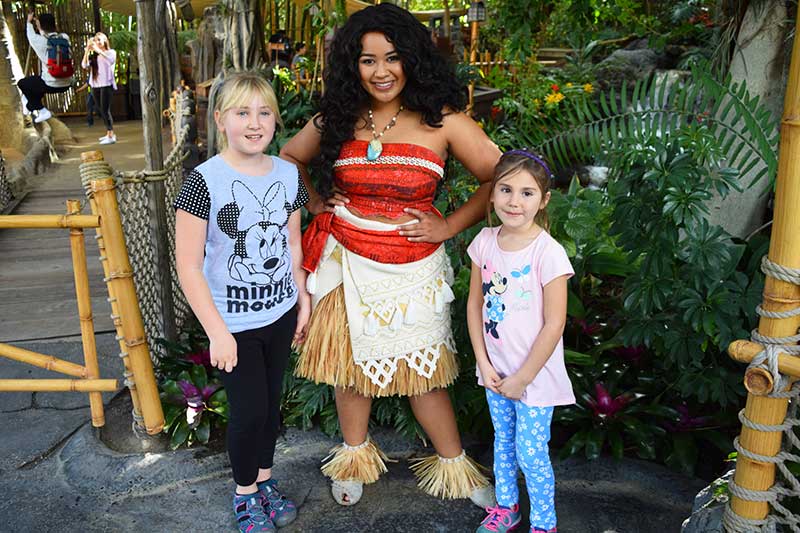 There are always other characters popping up. Mary Poppins — the best nanny ever — sometimes appears near the castle and Pixie Hollow. You'll also find her and Bert strolling past the castle, around Main Street and through Fantasyland. They do not stop for photos, but they welcome guests to stroll along and have a chat with them! We have also caught them posing with guests near the entrance or at Refreshment Corner before it opens. Some days, they dance along with the pearly Band in front of the castle. At times, Mary and Bert will hop on the King Arthur Carrousel for a spin. They like to keep you guessing, and that is part of their magic. 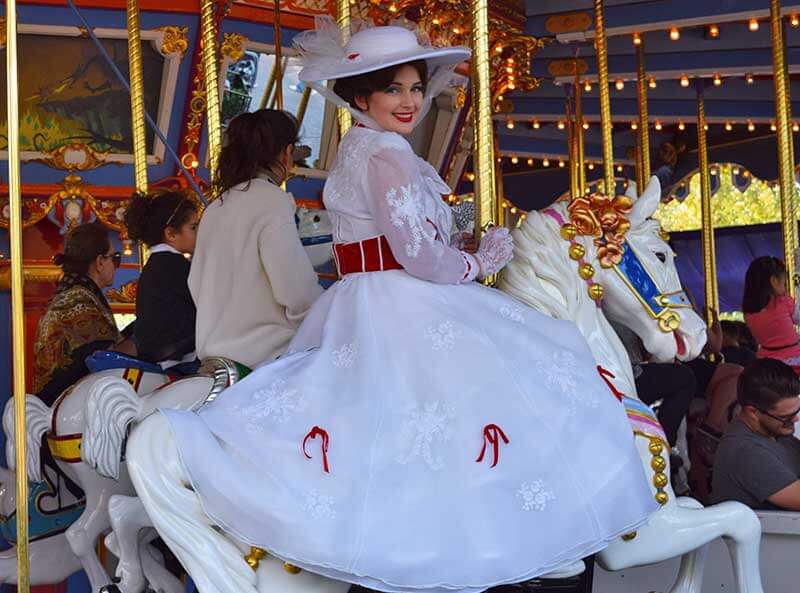 There are often other characters just inside the park entrance, but you never know who you will find there. It could be a princess, a villain, a classic favorite or a surprise obscure character. It is always best to look around when entering or exiting the park to see if you can spy a special character.

You never know which Disneyland characters you are going to meet in either of the parks.The parks update character experiences all the time. Disneyland is much more spontaneous than Disney World when it comes to characters, and we've noticed a growing number of wandering characters. Disneyland is full of surprises — all the better to keep you hopping and entertained! Be sure to keep your eyes open for opportunities to meet characters. You may find them simply walking next to you!

It is fun when you come across a toadally unexpected character. You just can’t plan this type of thing, but when it happens just go with it and enjoy the magic. 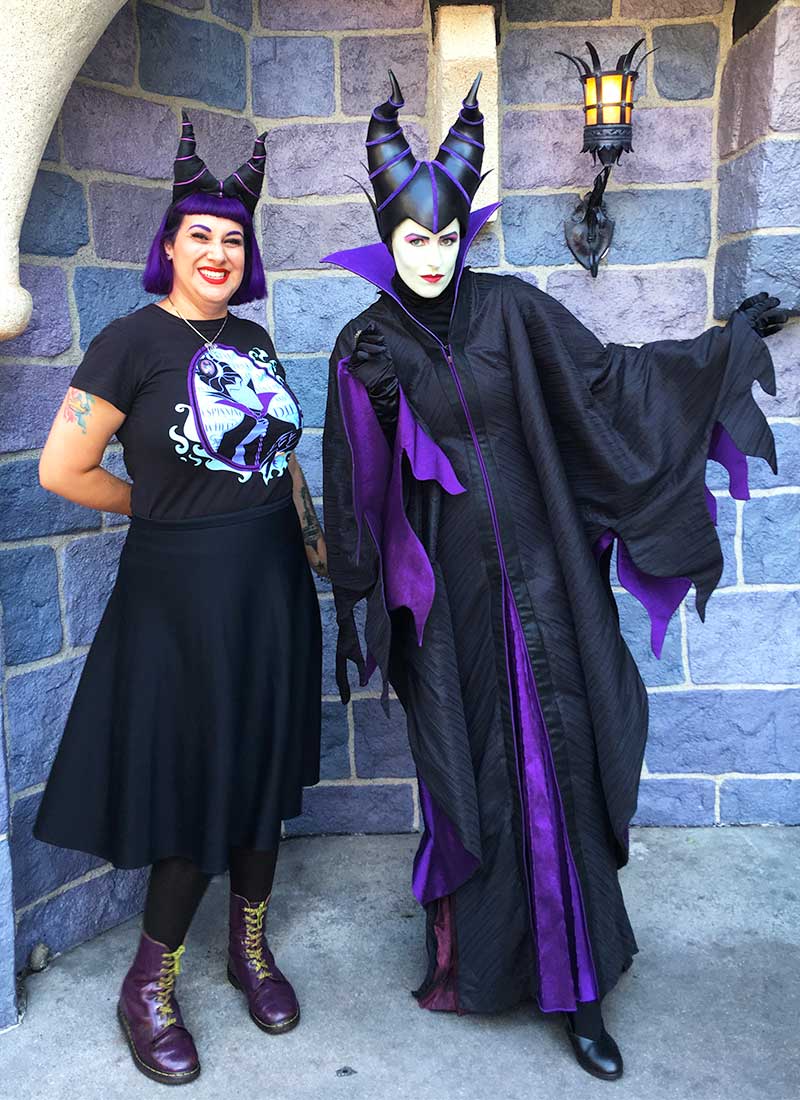 Some characters only make appearances during certain seasons.

Jack Skellington and Sally are some of the more popular “villains” to greet during Halloween Time, but you can also find Cruella de Vil, Jafar, the Queen of Hearts, the Evil Queen, Maleficent  Dr. Faciller and others. We've met a few hitchhiking ghosts and other prominent ghosts from the Haunted Mansion at Disneyland Halloween Time, as well. Additional villains appear during the Oogie Boogie Bash Halloween party.

During ¡Viva Navidad! in California Adventure, you may see members of the Three Caballeros, Princess Elena of Avalor or other characters.

During the Holidays at Disneyland you can meet Santa Claus in either park. He just might be replaced with Santa Goofy after Christmas — Santa does need to rest. 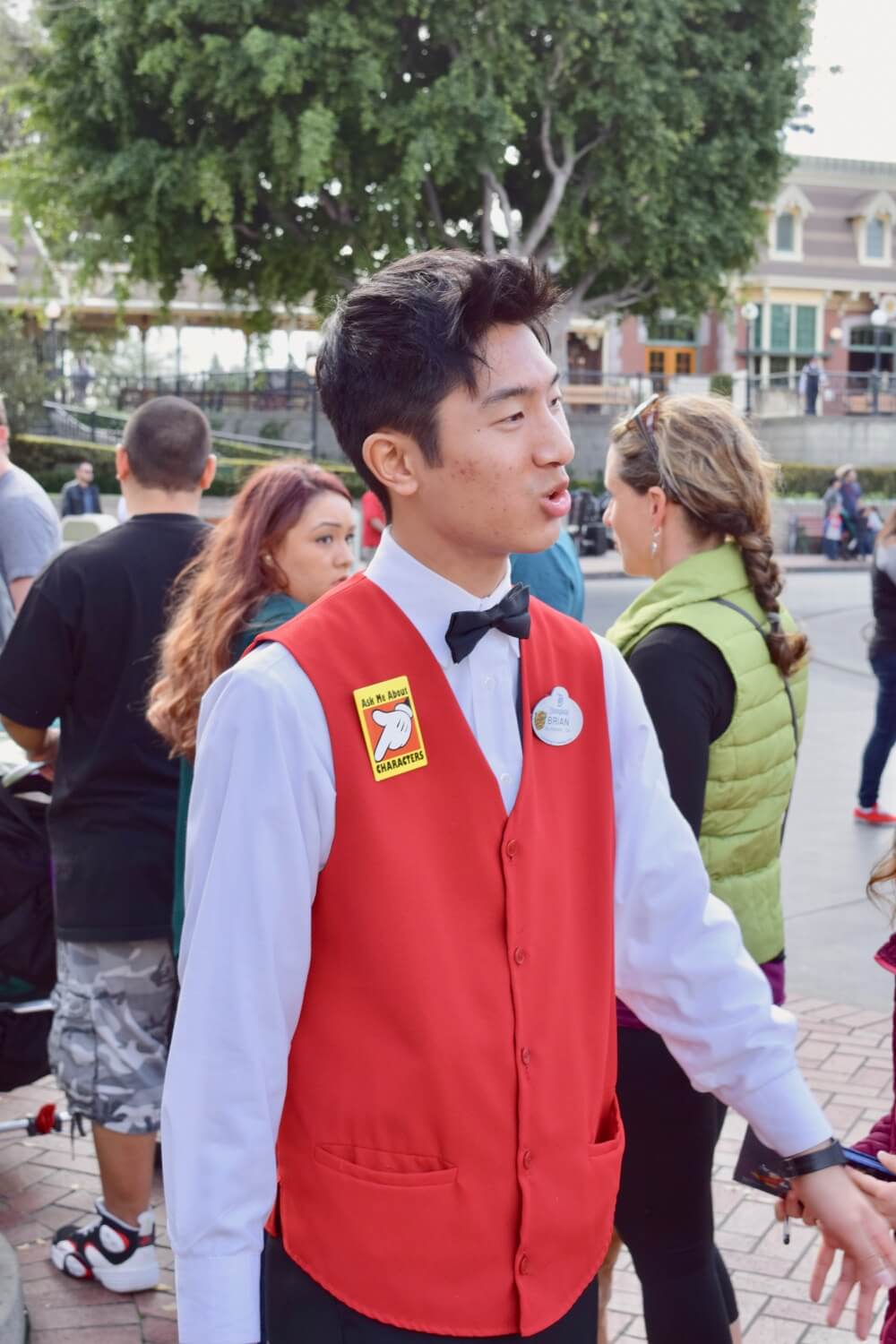 Most characters are out (on and off—they do need to take breaks) from the park openings until late afternoon. If you are having trouble finding your favorite character, check the Disneyland app. The best sources of information about characters are the Disney cast members wearing buttons that say, “Ask Me About Characters.” They might be able to help you, or may even consult the Toon Finder to find out when and where you can meet them. The Disneyland Park app can tell you where to find characters, but it is not always reliable since so many characters move. If you see character cast members standing still and there is no character nearby, remain close. A character is on his or her way to this exact location, and you can be one of the first in line to greet them. Keep that camera and autograph book handy! 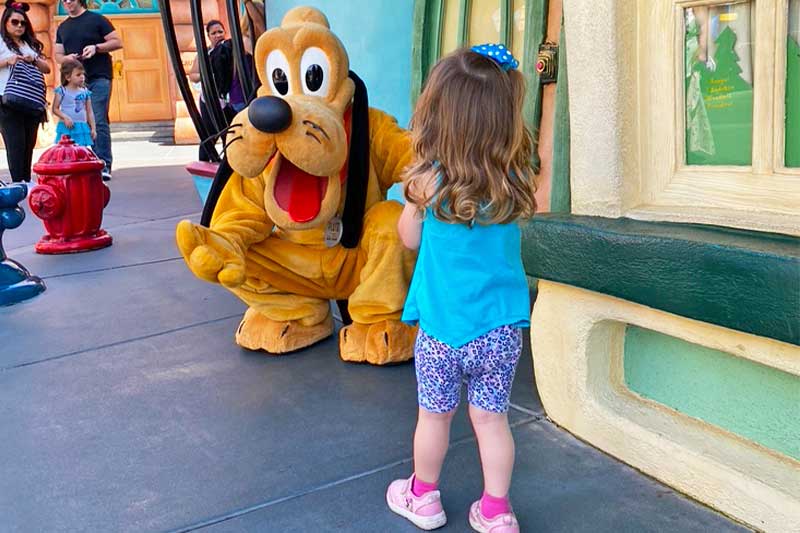 Sometimes meeting a character is overwhelming for toddlers and small children. Lily loved hugging some characters as a baby, and then suddenly the idea of posing for a picture with Mickey Mouse at age two made her cry. Now she is back at it, always searching for her favorite princesses. This is completely normal and very common.

If your child suddenly fears a life-size Goofy, don’t worry. A little stranger anxiety is a healthy and normal stage, and it can be very emotional meeting your favorite Disney star. The characters are much bigger in person than on TV. You will find many characters get down on the ground to greet their smallest guests eye to eye for this reason, but don’t force it if you child is afraid. Wave to the character from afar (visiting from the stroller always feels safer) and limit your character experiences to rides and parades. We promise they will grow out of it and will be happy to meet them again soon. 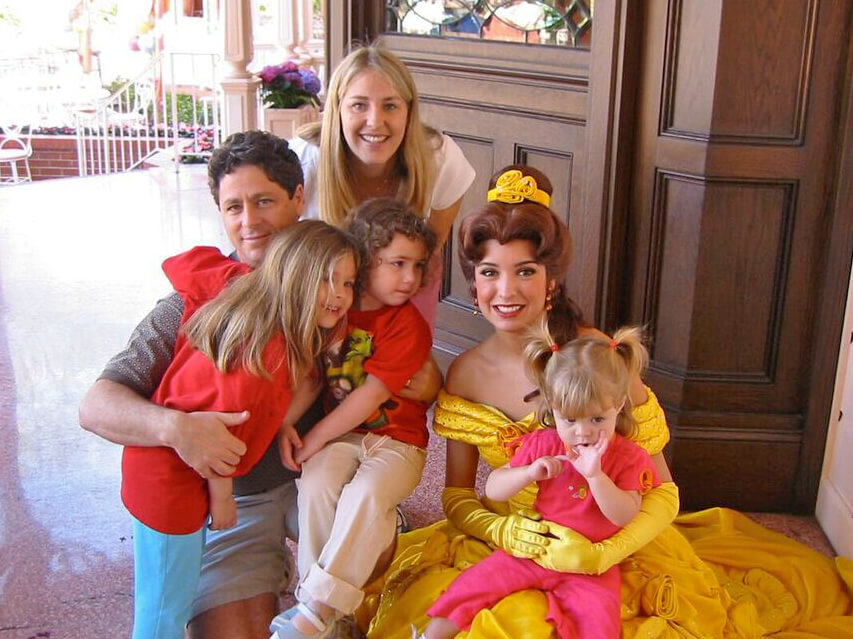 Another way to meet Disneyland characters either in or out of the parks is to make a reservation through Disney Dining for a character dining experience. You will be sure to meet many different characters at Disneyland this way without having to look for them or wait in lines.

No matter where your character experiences take place, they will make for hoppy special memories indeed. Have questions about meeting Disneyland characters? Share them in comments below!