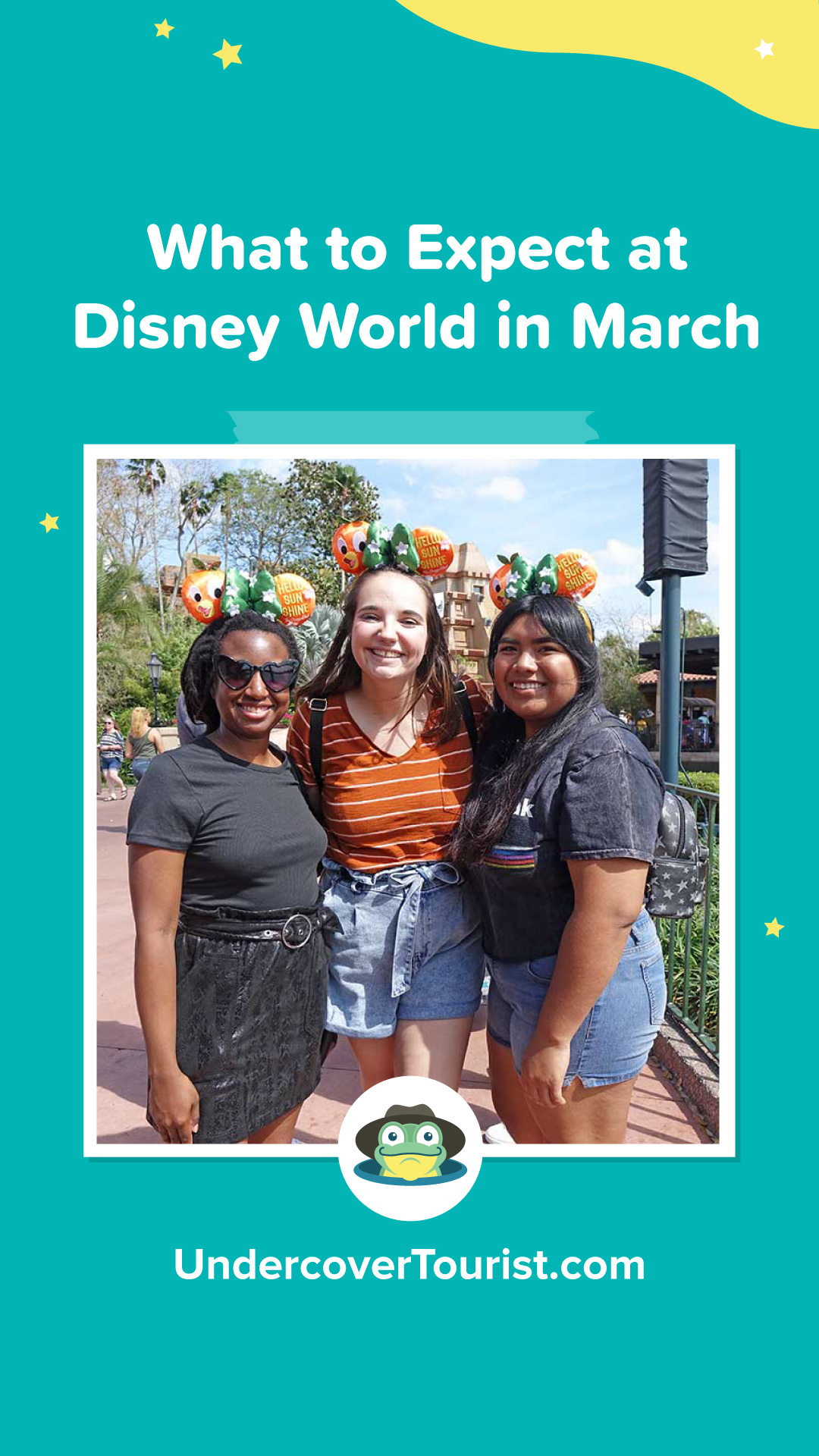 With the arrival of March, spring is officially in the air — and the theme parks are hoppin'! Many families take advantage of their respective spring breaks to make trips to Walt Disney World in March. After the chill of winter, the prospect of a springtime visit to sunny Orlando warms us right up! And what better way to celebrate the beginning of spring than admiring all of the colorful flowers and Disney-inspired topiaries at the EPCOT International Flower and Garden Festival?!

While most visits in March are busy due to school breaks, with a little planning and realistic expectations, your frog family can still have a magical trip! Here is our hopful guide to visiting Disney World in March.

With spring break, March is usually one of the busiest months of the year. Because of staggered school spring break schedules across the country, crowds are high normally starting after the first week in March. If you can visit that first week in March, you will likely experience low crowds  — hoppy days! If you can't, don't fret. We frogs still have plenty of tips to save your sanity during spring break at Disney. Download our wait-time apps before you leave home and consider using our park plans.

To make planning easier, our Crowd Calendar is available a full year out! We recommend you check the Crowd Calendar when you begin planning your trip so you can find the least-busy days to visit and then revisit it again as you get closer to your actual trip to pick the recommended park by day. You'll also find any special events and park hours listed to make planning as convenient as possible.

Since the parks will be busier, you may want to consider adding Disney Genie+ to your tickets. For $15 a day, per person, you can select times to most attractions and bypass the standby wait by entering the Lightning Lane. There are also individual attractions you can choose a la carte, which can be very useful on popular rides such as Star Wars: Rise of the Resistance, Seven Dwarfs Mine Train and Remy's Ratatouille Adventure. 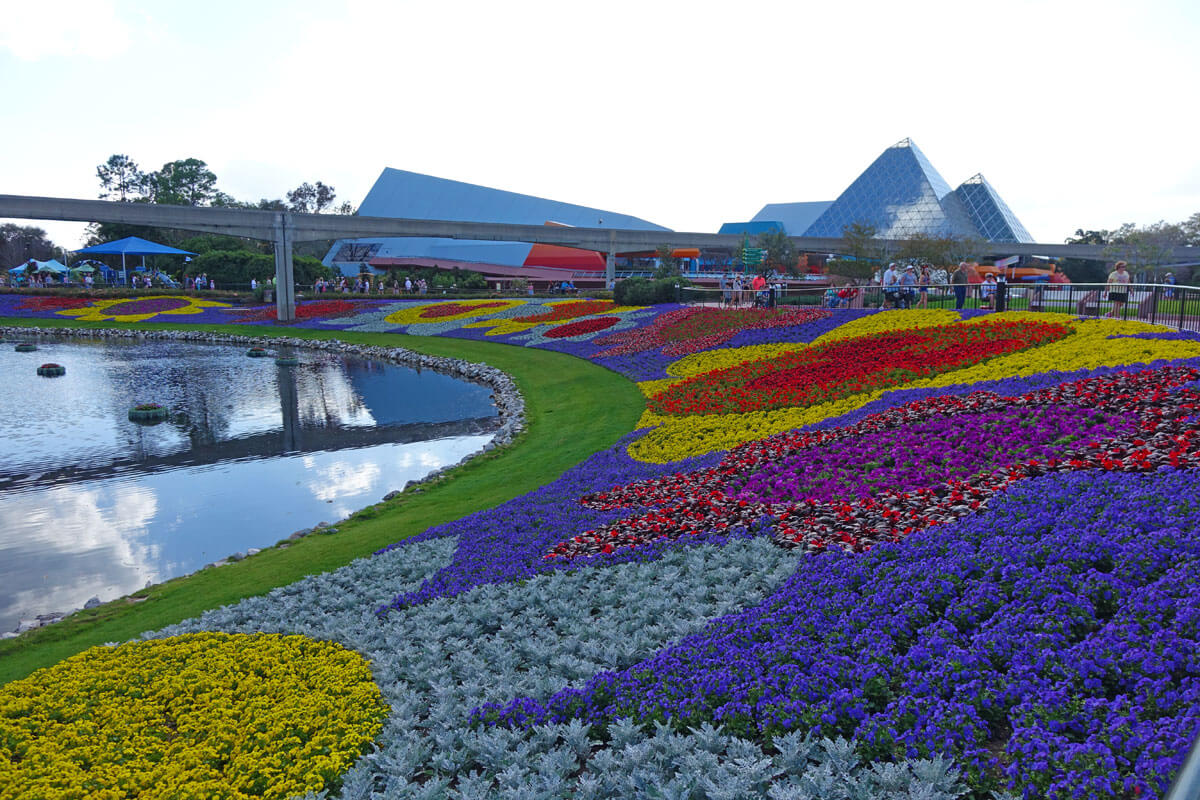 In March, temperatures are on the rise, with an average high of 78 and a low of 60. There will be plenty of warm days and very low rainfall chances, so don't forget the swimsuits. You might still need a jacket for the evenings and mornings. 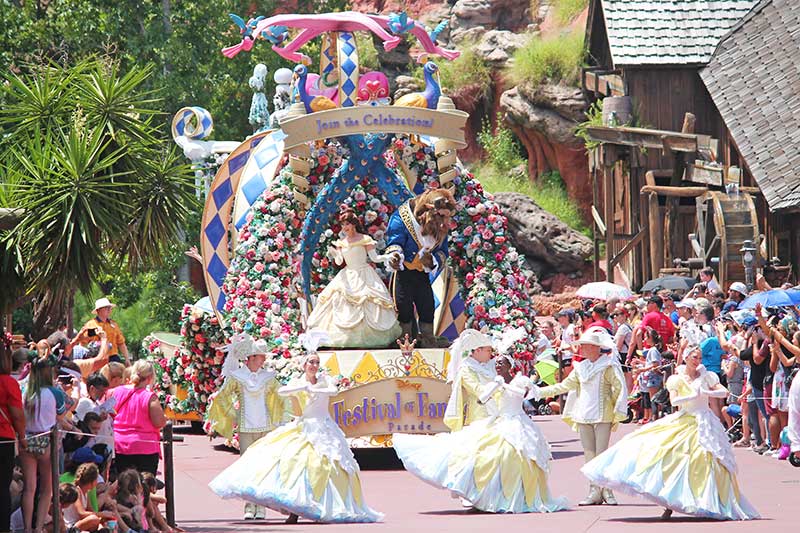 It's a great time to visit Disney World as the resort is celebrating its 50th anniversary! There are lots of exciting EARidescent offerings, the new Remy's Ratatouille Adventure ride and two new nighttime spectaculars to enjoy at Magic Kingdom and EPCOT. Disney World has been slowly returning to "normal," and we're so excited for more confirmed entertainment to return in 2022 — many of which are back for March!

The new Disney Adventure Friends Cavalcade debuts Feb. 11. You'll be able to see nearly 30 characters from Disney and Pixar, and even some rare ones including Moana, Nick and Judy from "Zootopia," Baloo and King Louie from "The Jungle Book," Marie from "The Aristocats" and even Miguel from "Coco"!

Mickey's Magical Friendship Faire will return to the castle stage Feb. 25. The show will feature scenes from the previous iteration along with a new opening and finale inspired by the 50th anniversary!

The epic return of the frog-favorite Festival of Fantasy parade is set for March 9! While we have loved the variety of the cavalcades, it will be great to see such a grand production back at Magic Kingdom. You'll get the best of both worlds, as Disney has confirmed the parade will be scheduled along with the cavalcades, so there will be many chances to see your favorite characters!

Sometime in 2022, we can look forward to the return of "Finding Nemo: The Musical" back at Animal Kingdom. The reimagined version will include classics from the original show as well as new stories incorporating characters from "Finding Dory." Later in the year, Hollywood Studios will see the much-anticipated return of Fantasmic with an all-new sequence!

Closings and Refurbishments at Walt Disney World in February

At Walt Disney World, many rides will undergo regular maintenance around this time of year, while others have not reopened yet. Here are the current closures for March:

For more details and a list of all refurbishments, check our closings page. 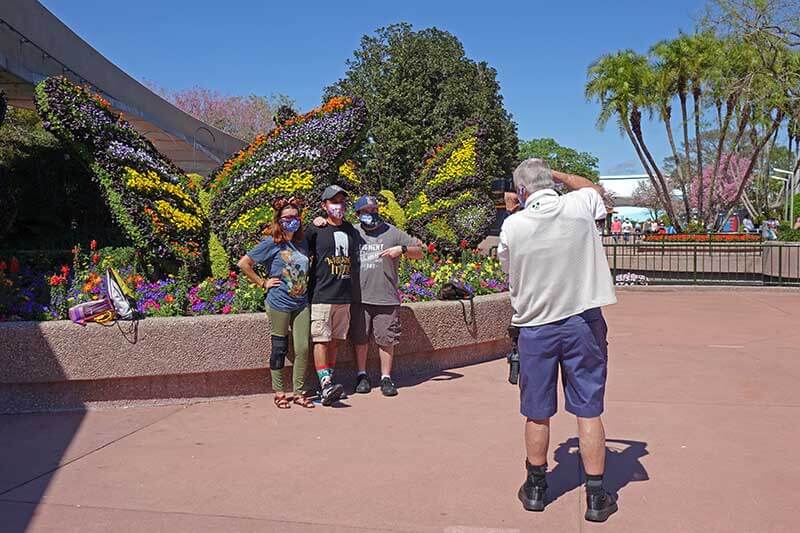 Are you planning to visit Disney World in March? Share any questions you have in the comments below! You'll find more resources to help you plan your Disney World vacation on our When to Visit Orlando page inside the Orlando Planning Guide.