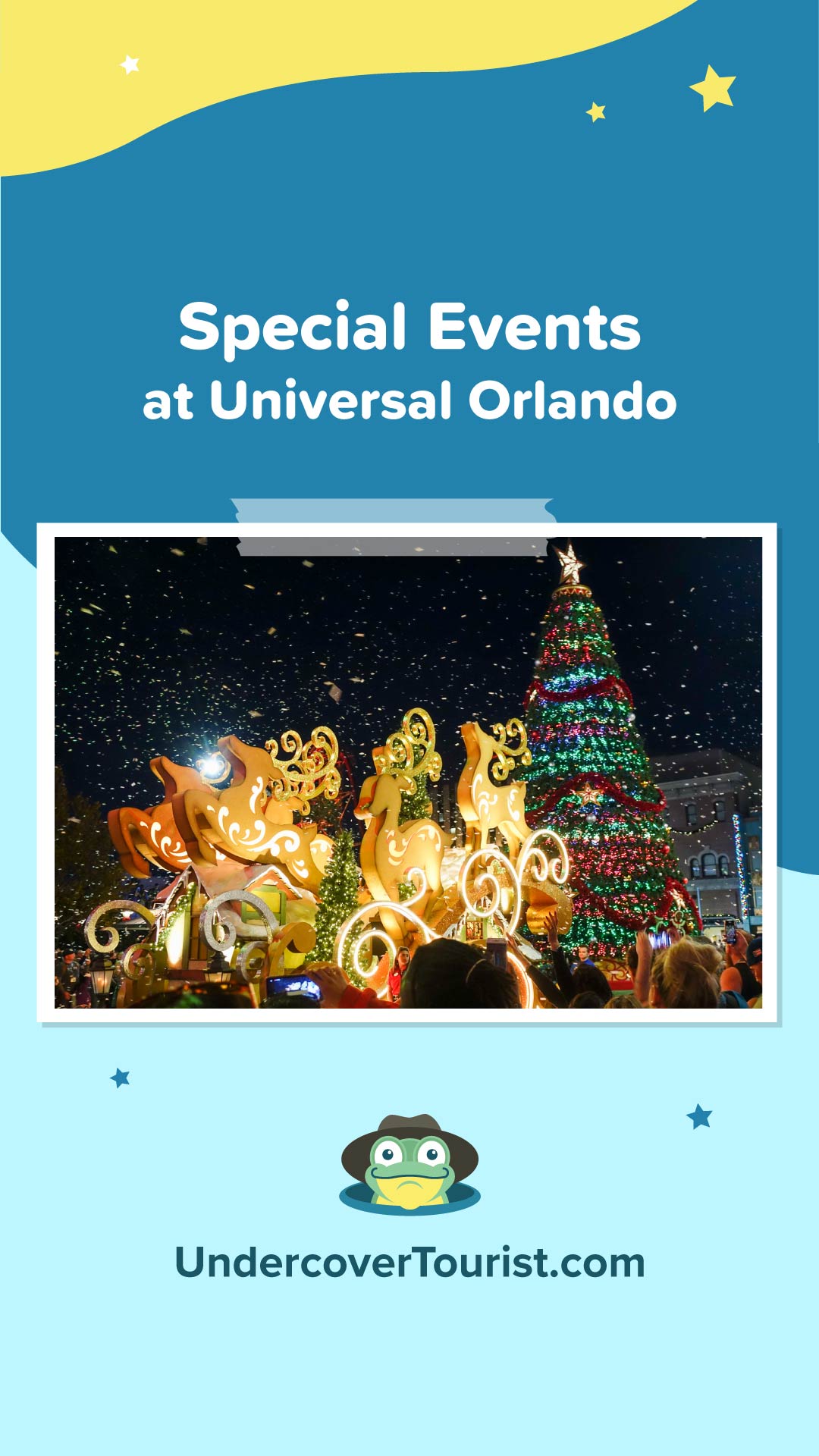 When it comes to putting on spectacular events, Universal Orlando Resort doesn't hold back. Universal Studios Florida has long been home to one of the nation's premier events — Halloween Horror Nights. If scary isn't your style, you'll find other year-round, family-friendly Universal Orlando events such as Mardi Gras and Christmas in The Wizarding World of Harry Potter! Our Frog Family leaps at the chance to experience as many of the annual events as we can, and we know yours will too!

Complete Guide to Universal Orlando Resort Events in 2022 and Beyond 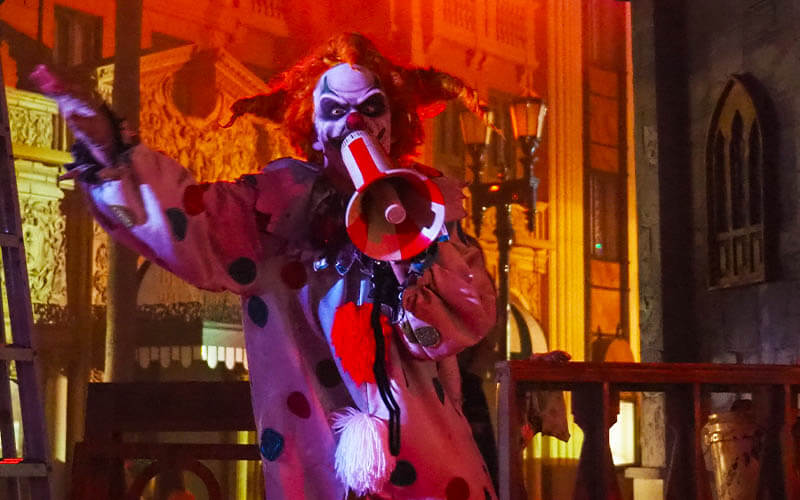 The biggest Universal Studios Florida event of the year is held on select nights every fall. For horror fans and those of you who just like to be scared, Halloween Horror Nights is not to be missed! The park is transformed from a bubbly theme park into a place of terror. "Scare zones" are set up while creatures roam about. Think you're safe? Ha! You might just find a zombie breathing down your neck. The big lure of the night is the movie set-quality haunted houses themed around popular TV shows, classic and current films and sometimes even video games.

This event is not intended for children and is a separately ticketed event. In fact, you'll probably need our Halloween Horror Nights guide just to make it through the night. Tickets are currently on sale, and we highly recommend buying tickets in advance. Save some green on a single-night dated ticket by purchasing through Undercover Tourist!

Prepare yourself for Halloween Horror Nights with walkthroughs of some of the haunted houses on our YouTube channel. Check out our favorite house of last year's event below! 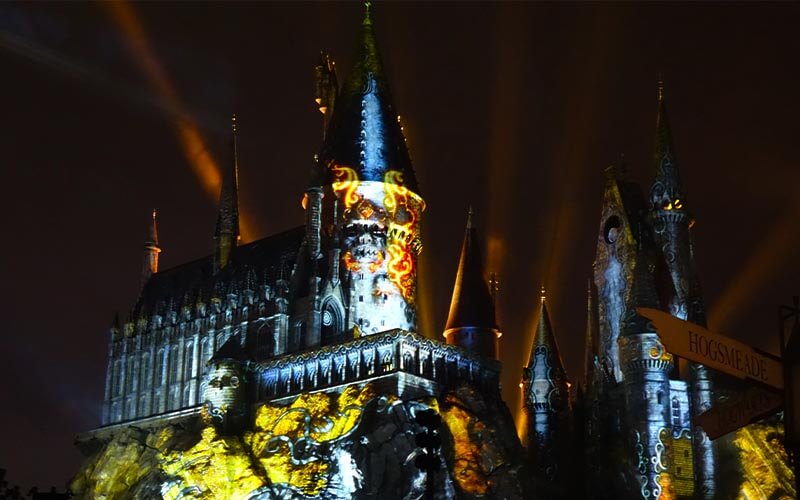 The Dark Arts of Hogwarts Castle projection show made its first (dark) mark in 2019, plotted a vengeful return to Universal's Islands of Adventure in 2021, and we'd expect it to be summoned again in 2022. As darkness falls, Death Eaters (followers of the dark wizard, Lord Voldemort), infiltrate the streets of Hogsmeade as green light and fog permeate the village, right before the images of dark creatures and Voldemort himself cloak the castle walls. The show runs on select nights from dusk until the park closes. 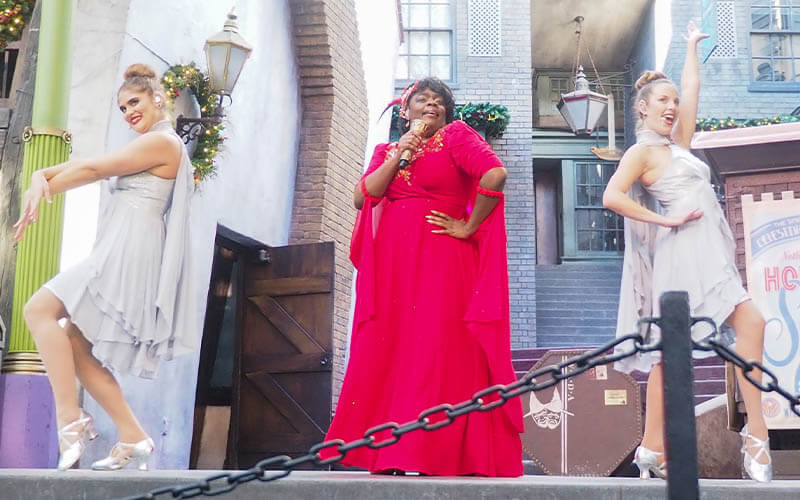 Universal's Holiday Parade featuring Macy's is returning once again to cap each night off at Universal Studios Florida during the holiday season with its larger-than-life balloons and floats filled with favorite Illumination and DreamWorks Animation characters. During the parade, guests will see the Minions, Shrek, "Madagascar" characters and more. Santa also attends so he can light up the New York Christmas tree! 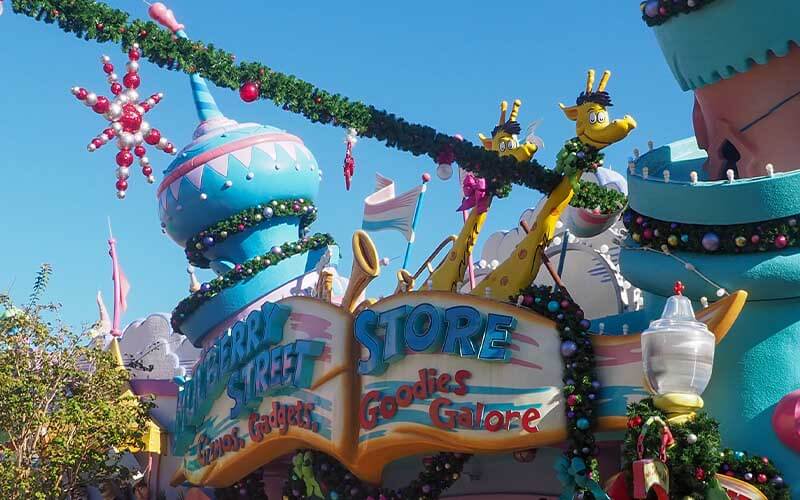 For those of you who love the Grinch, there is no finer time to visit Universal's Islands of Adventure than during Grinchmas. Seuss Landing is transformed into the wonderful world of Grinchmas with the heartwarming live show, "Grinchmas Wholiday Spectacular." The show features some of your favorite Grinch characters. It's also set to music recorded by Mannheim Steamroller — who will be returning for their annual concert on select nights at Universal Studios Florida. Guests can also get up close and personal with the Grinch himself for pictures or autographs at All The Books You Can Read Bookstore. You may even run into some Who-ville citizens too!

A separately ticketed special event, Rock the Universe is Florida's biggest Christian music festival. Universal Studios Florida closes at 6 p.m. for the event, but guests with concert tickets are able to enter the park starting at 4 p.m. We'll be sure to share the concert line-up as soon as it's announced! 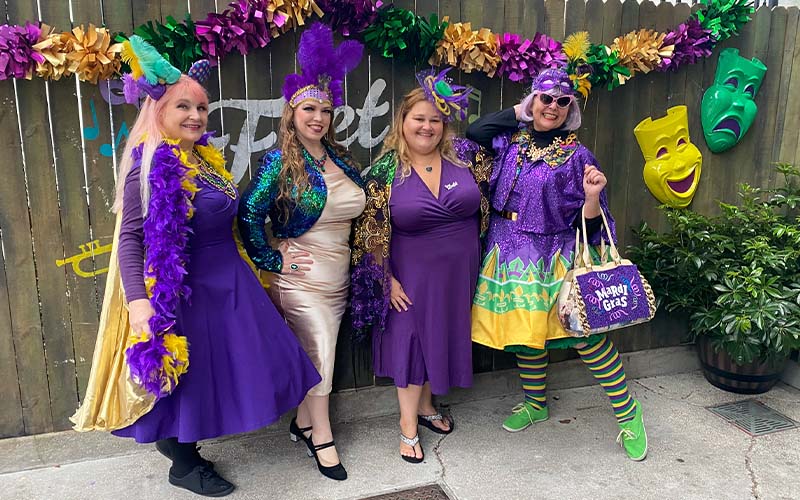 This Universal Orlando rite of passage takes place each spring on select dates at Universal Studios. Highlights of this family-friendly event include the Mardi Gras parade through the park and live concerts. With flashy floats created by Kern Studios, the company that has created Mardi Gras floats in New Orleans since 1947, this event is as authentic as it gets (while still remaining kid-friendly)! You can check out authentic New Orleans bands. Plus there are Universal Studios concerts from big names in rock, pop, country and more! (In 2022, we were rocked out to Sugar Ray and Styx! Leap and I were truly living our best lives.) There is always plenty of Cajun food and drinks to fill you up too. Check out our tips for Mardi Gras at Universal Studios for more deets!

Fourth of July festivities at Universal Studios Florida returned in 2022 and we couldn't have been hoppier! Frogs enjoyed a high-energy band, live DJ, meet and greets with beloved characters and patriotic-themed performers and stilt walkers. The celebration culminated with a special fireworks display that frogs could view from anywhere in the park. All holiday activities were included with admission to Universal Studios. We can't wait to be back next year!

Leave a Comment
Sort:  Newest to Oldest Oldest to Newest
1–50 of 1523 comments