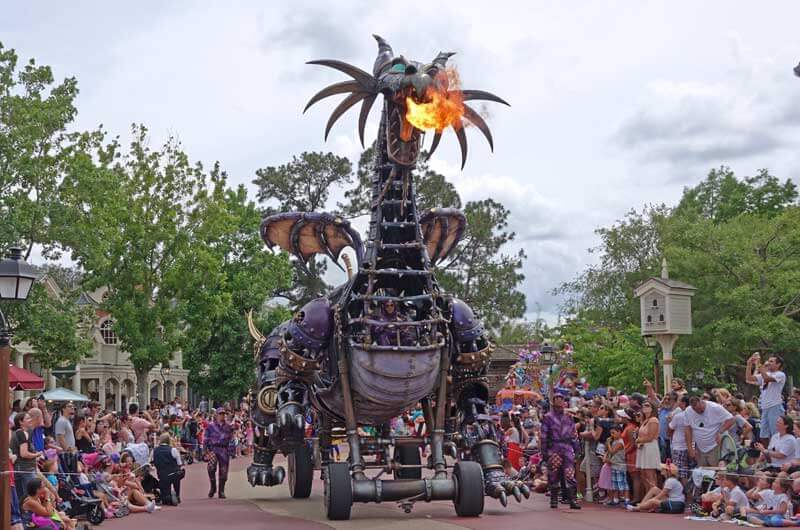 Now, I know those Disney Imagineers didn’t set out to scare the living daylights out of Tad and Lily, but there are a few attractions that either shook them up a bit or left them completely terrified, especially when they were younger. While Tad has grown to love them, Lily still sometimes gets scared over certain rides and attractions. Parents of tadpoles should be aware of these potentially scary Disney World rides!

Ever the little trailblazer, Tad had his heart set on giving DINOSAUR a try when he was finally tall enough to ride. What a mistake! He was so shaken up that he wouldn’t go on another ride the rest of the day. He’s since gotten through the experience without tears, but it still makes him VERY nervous.

Fantasmic! is such an awesome show that we thought Tad would be fine. Well, he's fine now that he's older, but between the villains projected onto the screen and the loud noises and overall special effects, he was terrified the first time he saw the Fantasmic! Show. 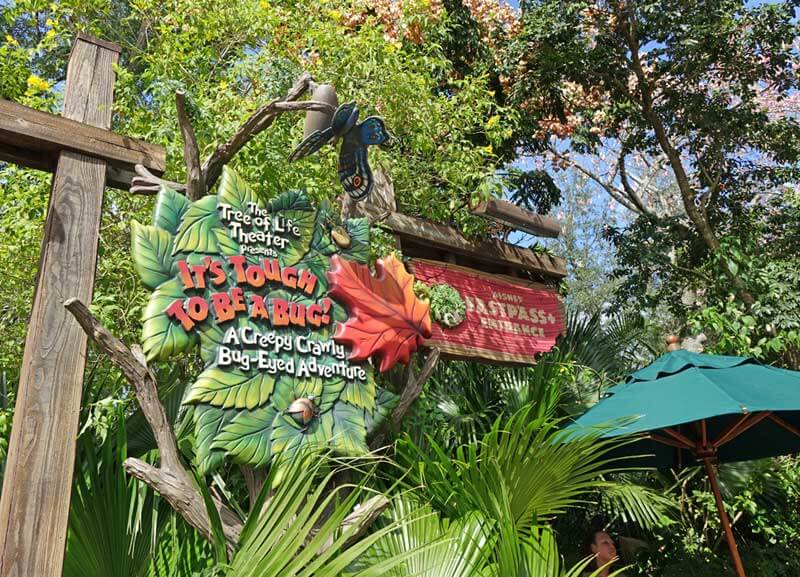 My kids don’t find this attraction scary overall, but there are certain parts of It’s Tough to be a Bug!® Attraction that are a bit intense for Lily’s taste. I always remind her when a “scary” part is coming up and that she can take off her 3D glasses if she needs to.

Upon hearing that a “gangster” may join us during the ride, Tad was pumped up and ready to go. However, his mood quickly changed when the gunfire commenced. Then to top it off, we passed the Alien part. He loves it now though.

Stitch’s Great Escape was way too intense for Tad when he was younger; it's completely in the dark with special effects many tadpoles can find frightening. Lily still doesn't meet the height requirement. She and I go on Tomorrowland® Area Transit Authority while Tad and Leap do this one. 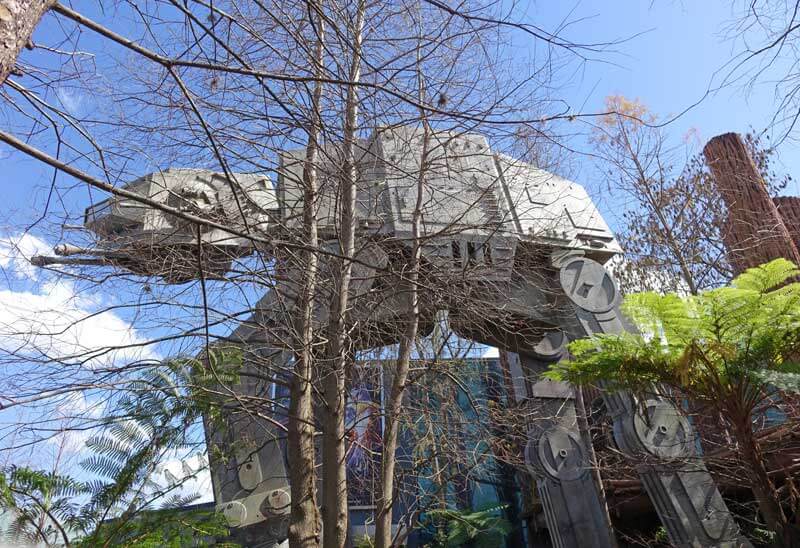 The subject matter isn’t altogether frightening, but the intensity of the scenes alarmed Tad when he was younger. The first time he rode it, he took the 3D glasses off at the very beginning and made it through OK.

By the time the ride was over, Lily was all smiles and giggles, but she was a bit wary at first because of the haunted theme. Tad helped by reminding her it was all make-believe and that he was a little scared the first few times he rode it. (What a good big brother he is!) Plus, it helps if you remind the kids that the haunts are friendly!

The Audio-Animatronic figures and pirate scenes can frighten young children. Don’t tell him I told you, but Tad used to cover his eyes the first minute or two of the ride. Check out the Pirates of the Caribbean ride video!

It feels very strange mentioning Wishes fireworks show and the word “scary” in the same sentence, but as with any fireworks show, some children may be startled by the loud noise. For a less intense experience, watch the fireworks from a spot in front of the train station on Main Street, U.S.A.®. Watch the Wishes video!

This is a Frog Family favorite, but Maleficent in the form of a fire-breathing dragon can be quite scary for young tadpoles. It's a staggering 26-feet tall, spitting real fire; there are also thorn stilt walkers, which can be startling and frightening as well!

A Note to other Mommies (and Daddies): Whether or not an attraction will be frightening for a child really depends on the child. I’ve seen little ones racing toward The Twilight Zone Tower of Terror without an ounce of hesitation, but then I’ve seen others putting the brakes on as they approach The Many Adventures of Winnie the Pooh. You know your child better than anyone else so you’re the best judge on which attractions to save until they’re older. Before your trip, check out the attraction videos on Undercover Tourist’s YouTube channel. That way you and your child will have a better idea of what to expect.

Which Disney World attractions most frightened your little ones? What do you think is the most scary Disney World ride? Share in comments below! Hop over to our Orlando Planning Timeline and check out the Plan Your Days in Orlando page!