Everything We Know About TRON Lightcycle Run at Magic Kingdom

Who's ready for a high-speed adventure? Prepare for the arrival of TRON Lightcycle Run at Magic Kingdom Park — one of the fastest coasters at any Disney theme park in the world! Inspired by the sci-fi Disney film, "TRON: Legacy," hop aboard a Lightcycle and race through an electrifying world. Get excited, as TRON Lightcycle Run opens at Walt Disney World April 4, 2023! Read on for everything we know so far about this highly anticipated attraction. 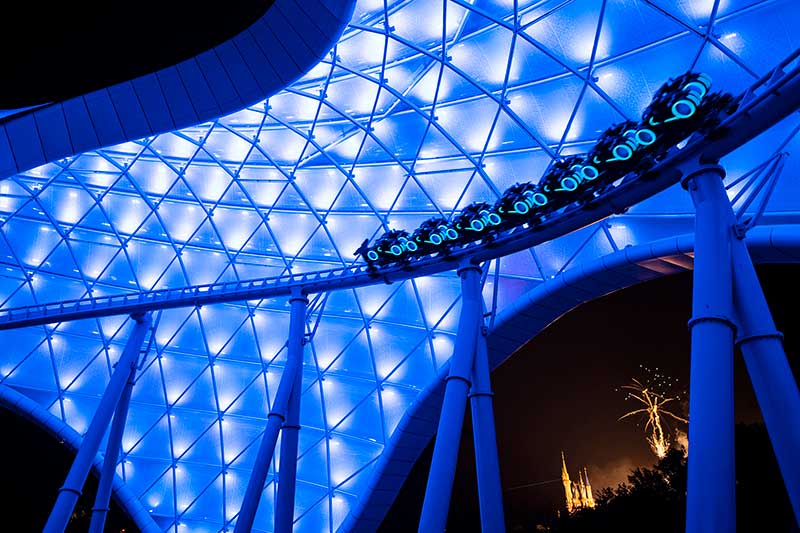 First announced in 2017, TRON Lightcycle Run will be a thrilling semi-indoor coaster at Magic Kingdom. Based on the "TRON" franchise and 2010 Disney film, "TRON: Legacy," join Team Blue and race through the dark new world on your very own Lightcycle motorbike! 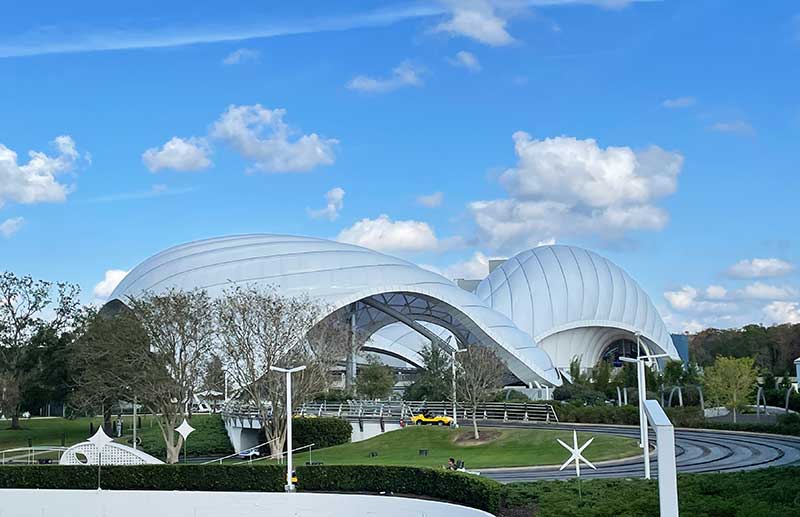 Another version of this attraction debuted at Shanghai Disneyland in 2016. Both versions reach up to nearly 60 miles an hour, making them some of the fastest Disney coasters in the world! 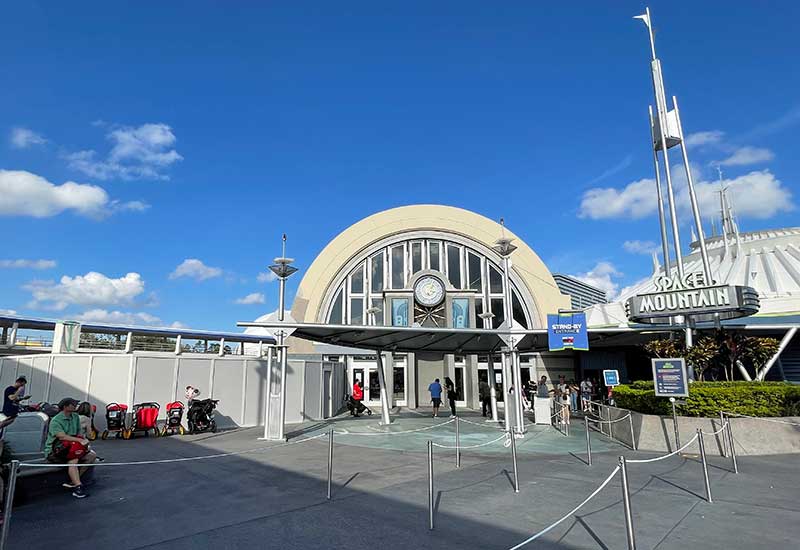 TRON Lightcycle Run is located in Tomorrowland at Magic Kingdom. When first arriving at the park, head down Main Street, U.S.A. and turn right toward the Tomorrowland bridge. 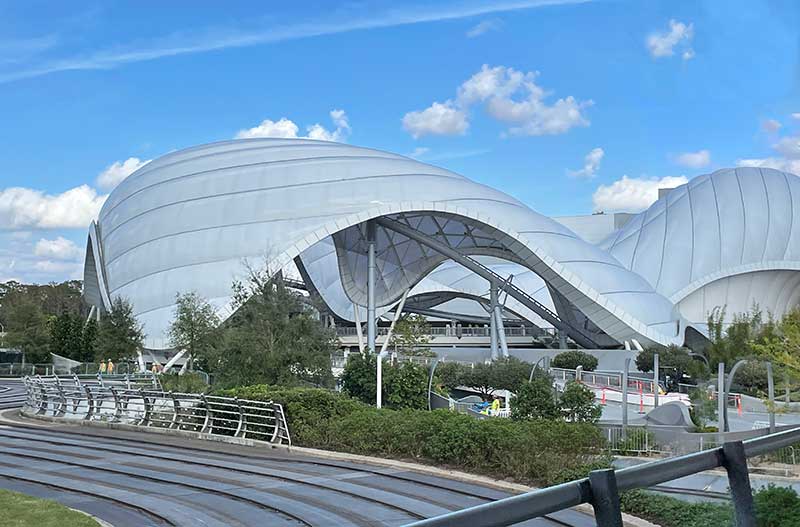 For glimpses of TRON's progress, hop aboard the PeopleMover!

When TRON Lightcycle Run does open at Magic Kingdom, the big question is how will guests be able to ride it?

When Tron opens, it will utilize a virtual queue in place of a standby queue. This has occurred over the past few years with new attractions like Star Wars: Rise of the Resistance, Remy's Ratatouille Adventure and Guardians of the Galaxy: Cosmic Rewind. Each day, guests with valid admission and a Magic Kingdom park reservation will be able to attempt to join the virtual queue for Tron.

TRON will also be offered as an individual Lightning Lane selection, available for day-of purchase via Disney Genie+. 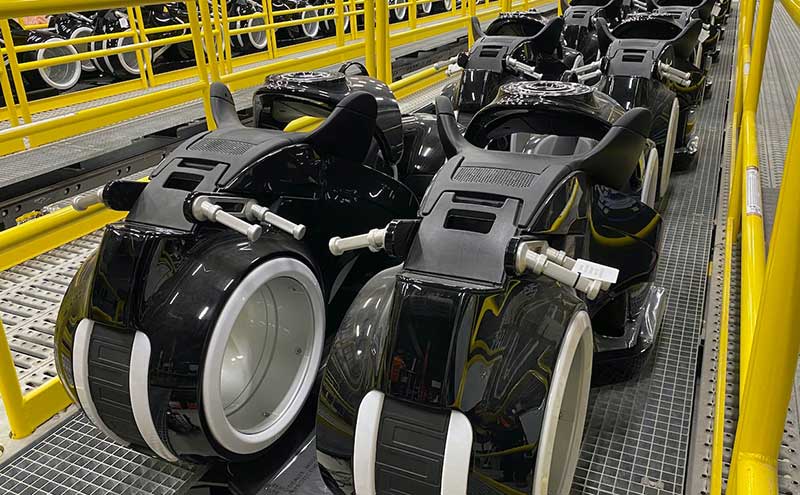 When will TRON open at Magic Kingdom?

When will the Walt Disney World Railroad open?

The Walt Disney World Railroad was closed for years due to TRON's construction, but is once again carrying guests around Magic Kingdom! The beloved train reopened in late December 2022 as an early holiday surprise, featuring a new voiceover.

Is this the same ride as in Shanghai Disneyland?

Yes! Magic Kingdom's version should feature the same ride experience as the original version in Shanghai Disneyland, allowing even more people a chance to ride!

Is there a height requirement?

Though not officially announced yet, the version at Shanghai Disneyland has a height requirement of 48 inches (122 cm) or taller, so expect something similar at Magic Kingdom. 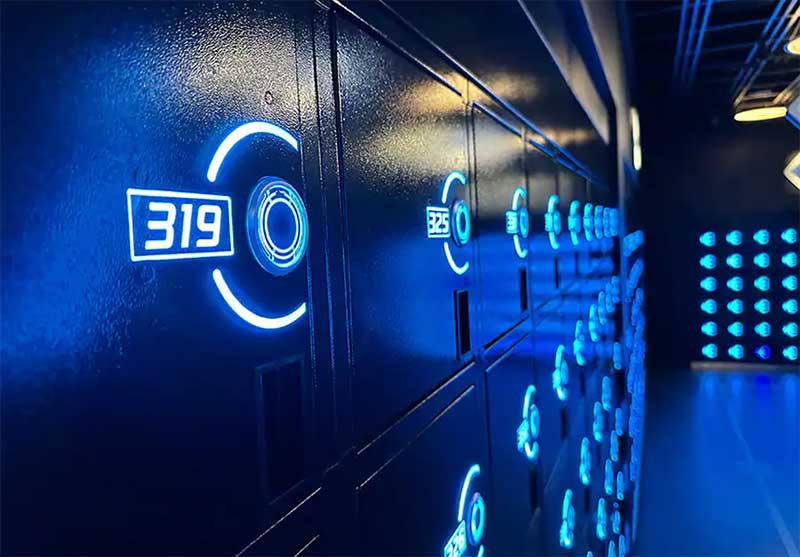 Will there be lockers available?

Yes, inside the queue will be double-side complimentary lockers. To open, simply tap your MagicBand, MagicBand+ or ticket card to open and lock your locker. All large items must be placed in a locker prior to proceeding to the ride. Small items such as cellphones, glasses and wallets may be placed in a small compartment on the ride vehicle.

Will there be attraction photos on Tron Lightcycle Run?

Yes! An on-ride PhotoPass photo and video will be available after riding. Be sure to wear a MagicBand, MagicBand+ or enable your phone's Bluetooth to automatically link your media to the My Disney Experience app.

Are you excited about the opening of TRON Lightcycle Run at Magic Kingdom? Let us know in the comments below!

Related: Answering Your Frequently Asked Questions About Guardians of the Galaxy: Cosmic Rewind