Why Stay at a Universal Orlando Resort Hotel 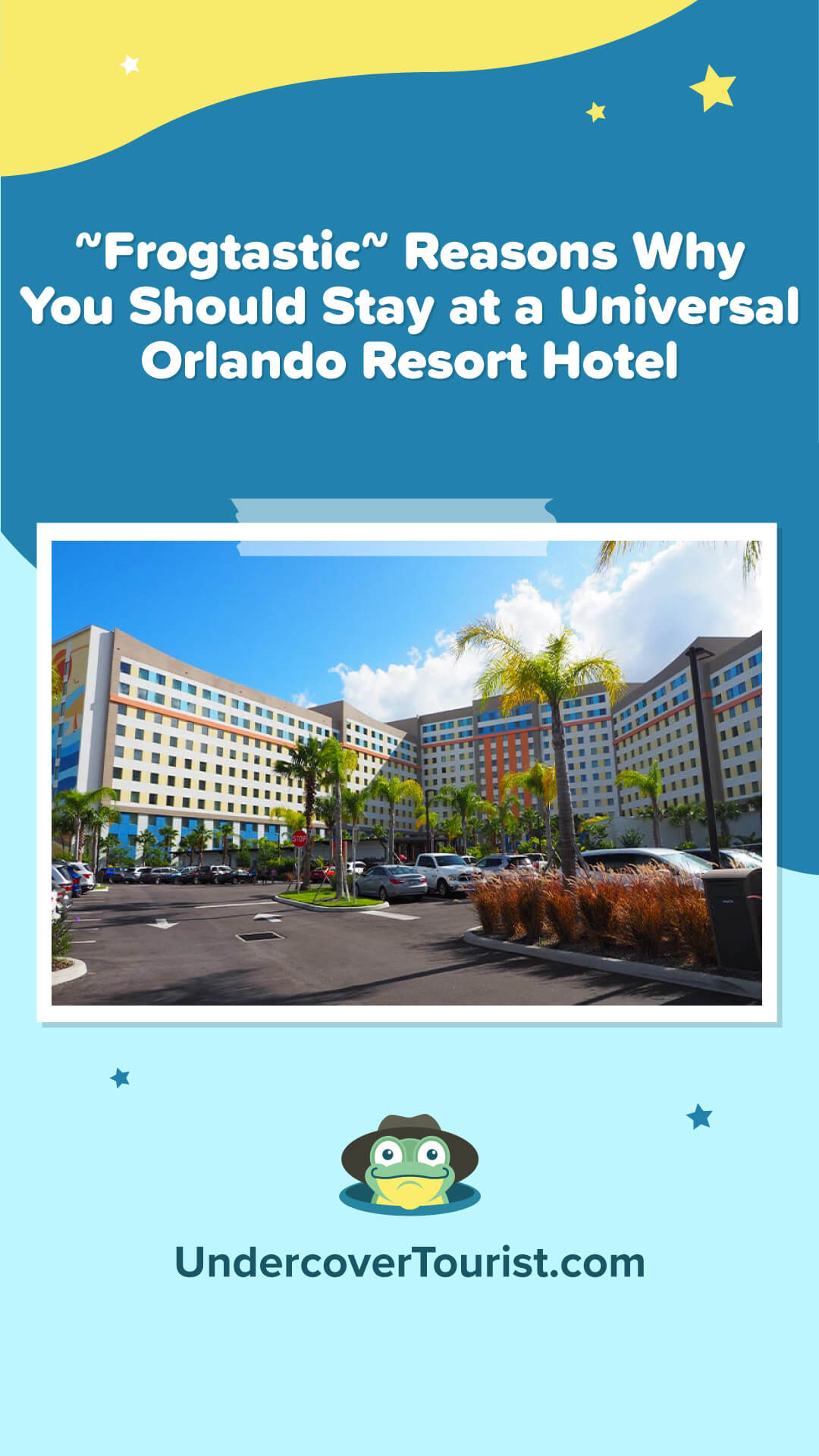 It's safe to say we are huge fans of staying on-site at our favorite theme park resorts, and Universal Orlando Resort is certainly no exception. It's actually the PERFECT example of why we love staying on-site so much. All of the Universal Orlando hotels are absolutely fabulous, with incredible theming, dining, recreation and pools ... you know how we frogs feel about pools. 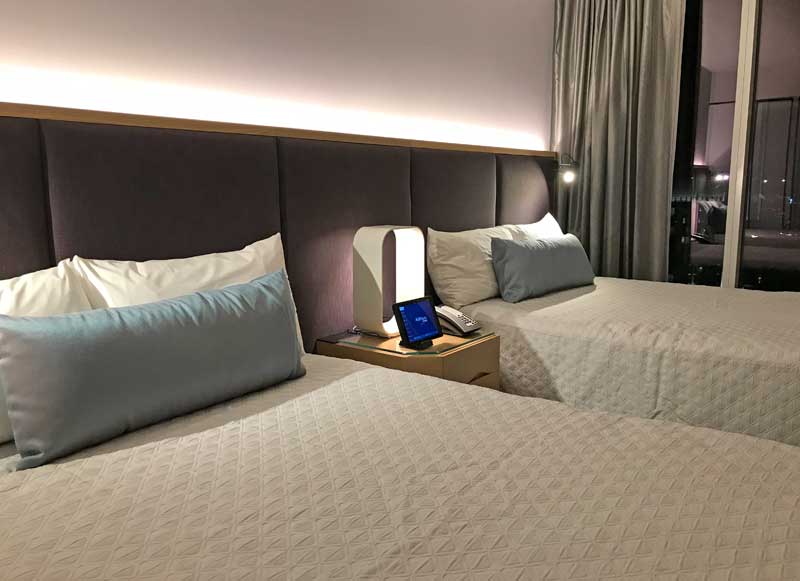 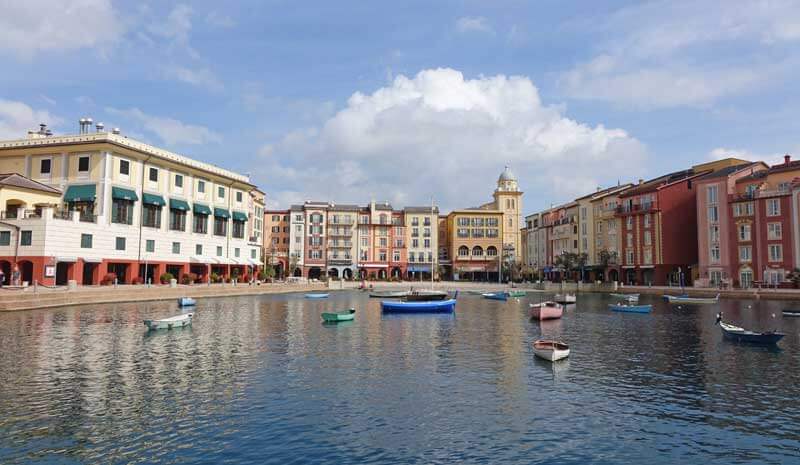 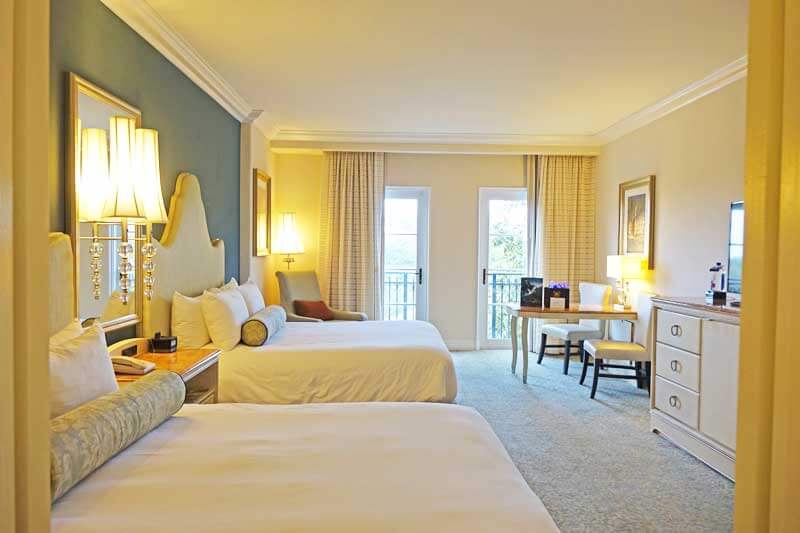 Standard rooms at Universal's Endless Summer (as low as $123 a night) include 313-square-feet standard rooms and 440-square-foot, 2-bedroom family suites. Hard Rock, Portofino Bay and Aventura have deluxe-level rooms that are larger than standard rooms and offer slightly better views. Premier resort guests can upgrade to the Club Level and enjoy additional privileges such as access to the private lounge, continental breakfast and hors d'oeuvres. 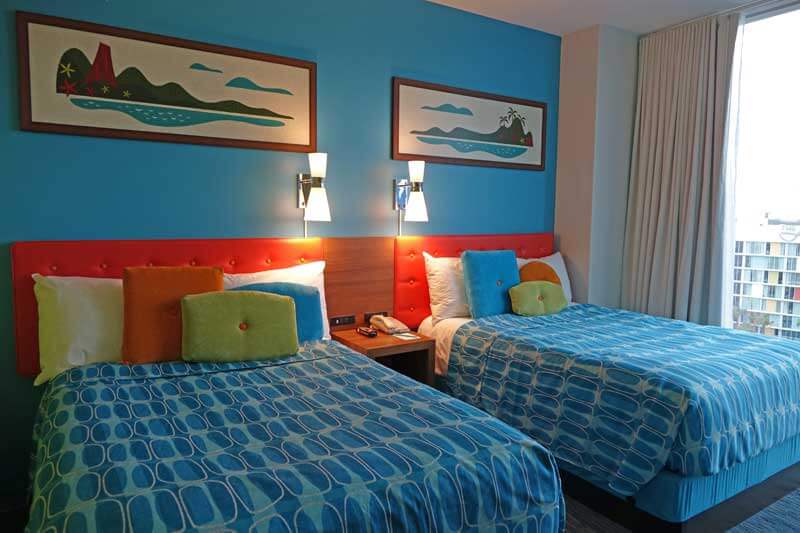 Cabana Bay's family suites offer kitchenettes with microwaves and mini-fridges, as well as two queen beds and a full sofa bed. Additionally, Cabana Bay now has a limited number of two-bedroom, two-full bathrooms, 772-square-foot suites that sleep up to eight. Many offer views of Universal's Volcano Bay, and they are fabulous! Aventura's kids' suites feature wall-to-ceiling windows, sleep five and have a special interior kids' area. 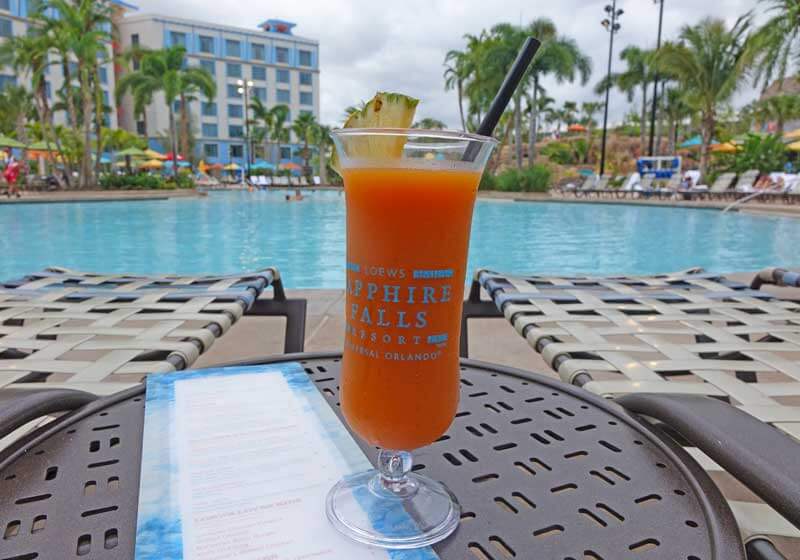 Hard Rock Hotel has a 12,000-square-foot rockin' pool (with underwater music and a waterslide), a fitness center, jogging and walking paths, five dining options (plus room service) and The Sound of Your Stay program which allows you to rock out with playlists, guitars and turntables in the privacy of your hotel room.

Loews Sapphire Falls Resort has a massive, lagoon-style pool (with cabanas for rent, a water slide, a children's play area and more), a fitness center and multiple dining options, including a rum bar! 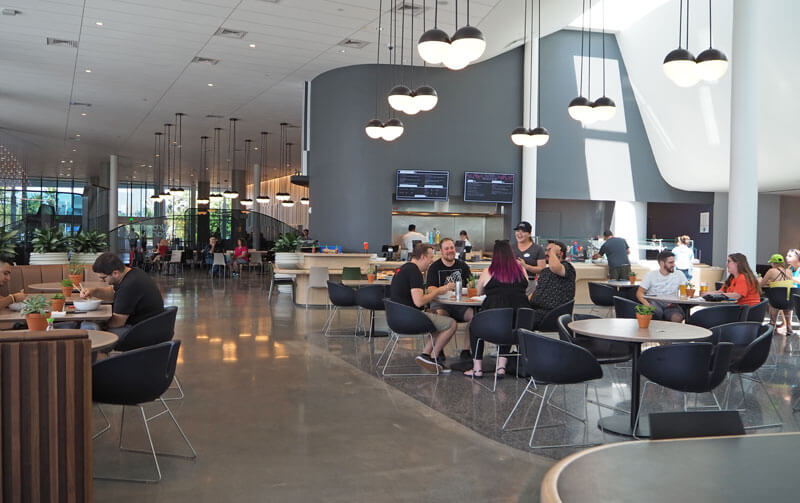 Universal's Aventura Hotel has a HUGE selection of what we like to call "gourmet quick-service" food and a rooftop lounge, as well as a pool and an awesome gift shop. All rooms are equipped with a mini-refrigerator.

This is the best perk of them all! Select Universal Orlando hotels offer guests Universal Express Unlimited that allows them to bypass the regular lines at the participating rides at Universal Studios and Universal's Islands of Adventure. Universal Express Unlimited is valid for the entire length of stay, including days of check-in and check-out, and there is no limit to the number of times you use it. Your hotel keys (each person has a personalized key) double as your Express Passes. (You must have valid Universal Orlando admission.)

6. Hoppin' Easy Transportation to the Parks and Universal CityWalk 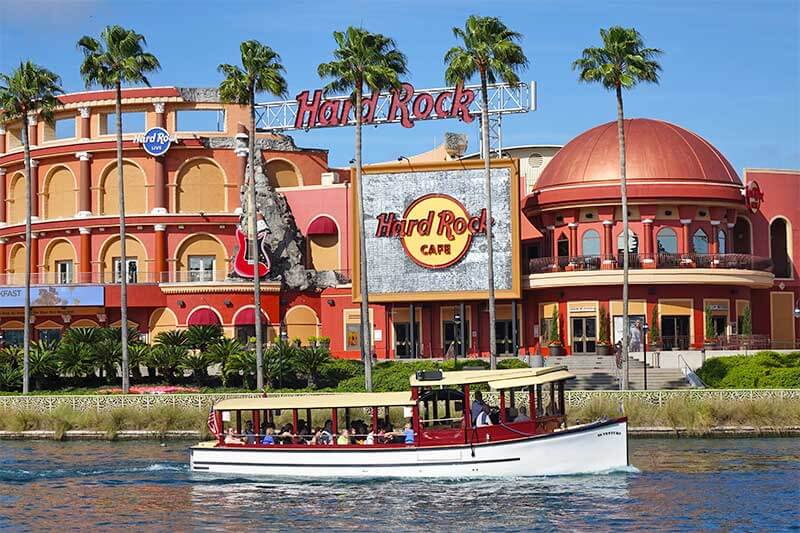 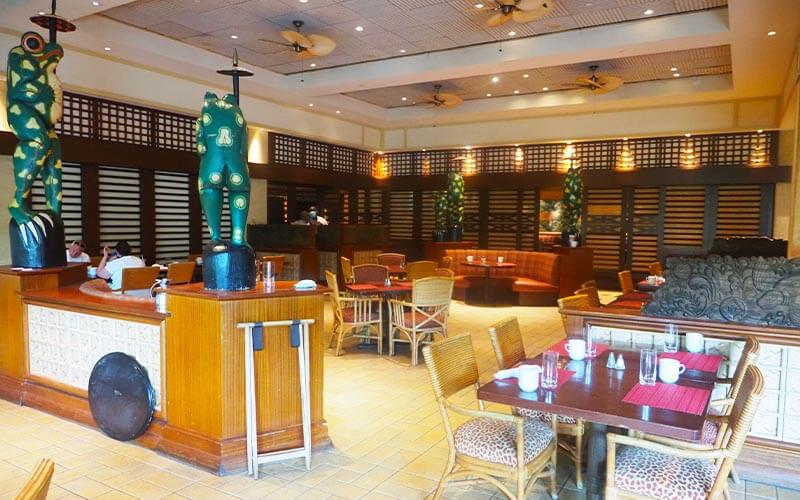 Guests staying at Lowes Portofino Bay Hotel, Lowes Royal Pacific Hotel and Hard Rock Hotel receive priority seating at select restaurants. Note that this list is subject to change and availability may be limited during peak times or some weekends. Call 407-224-FOOD (3663) for more information. 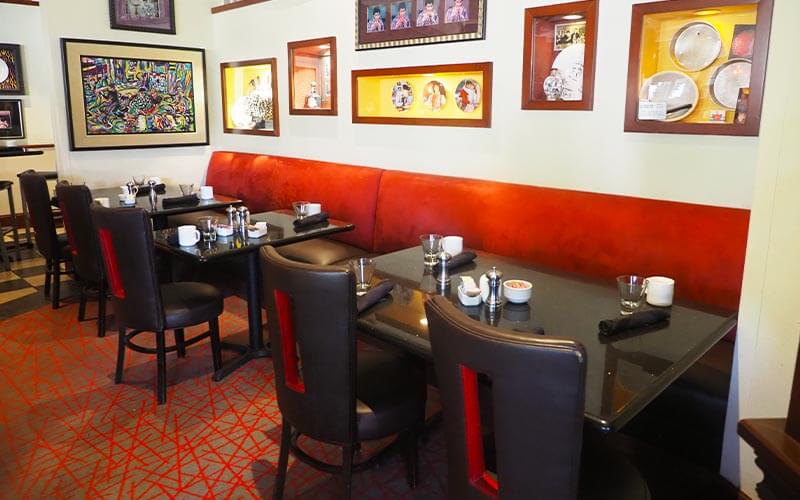 Take a Video Tour of the Universal Orlando Hotels

Want to get a better look at the Universal Orlando hotels? Check out our video tours!

Have a question about the Universal Orlando hotel benefits? Want to share your favorite Universal hotel? Drop us a line in the comments below! And be sure to check out our Where to Stay in Orlando page inside the Orlando Planning Timeline. 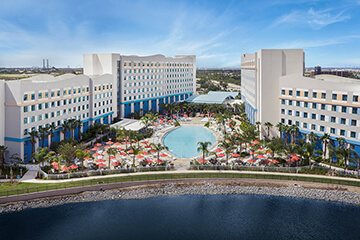 Leave a Comment
Sort:  Newest to Oldest Oldest to Newest
1–50 of 106 comments