Ribbeting news, theme park fans — Universal Orlando Resort has confirmed that Universal's Epic Universe will open in summer 2025! Back in March 2021, Universal restarted its plans for construction and reassembled its teams after being delayed due to COVID-19. And now, construction is "full steam ahead!"

You might recall, Universal announced a fourth theme park called Universal's Epic Universe in summer 2019. Teasers were released, promising that something EPIC was in the works, and we couldn't wait to hear the news. Sure enough, the announcement was huuuuuge, and we all leapt with excitement! We eventually learned that Universal's Epic Universe was originally set to open in 2023 and Super Nintendo World would be one of the lands inside the park. Due to COVID-19, further development was postponed, so this latest update is welcomed news.

Not too many details have been released about Universal's Epic Universe, but here is what we know so far — and you can bet we'll keep you updated as we learn more. Here we go!

What We Know About Universal's Epic Universe

Universal's Epic Universe promises to "take guests on a journey where beloved stories expand into vibrant lands." In addition to these lands, the new theme park will feature an entertainment center, hotels, shops, restaurants and more.

As far as theming goes, officials have confirmed that Epic Universe will have attractions based on intellectual properties from Illumination, DreamWorks Animation and Nintendo. Super Nintendo World will allow guests to become players in the Nintendo-themed land, blurring the lines between reality and video games. It won't be the first Super Nintendo World — Universal Studios Japan opened its version in March 2021 and Universal Studios Hollywood will open its version in early 2023. Based on what we've seen in Japan, guests will be able to wear "Power Up" wristbands to hit Question Blocks, collect coins and compete against others. While further details have not been announced for Universal Orlando's Super Nintendo World, we suspect the land will have similar interactive elements. Mamma mia, we can't wait to see how this land will play out (literally)!

Overall, Universal says Epic Universe will be its most immersive and innovative theme park. While we dream about it in the meantime, here's a first look at the park's concept art.

Epic Universe will be located on a 750-acre site near the Orange County Convention Center, just south of Sand Lake Road and east of Universal Boulevard. It's about 12 minutes away from the main Universal Orlando Resort site. 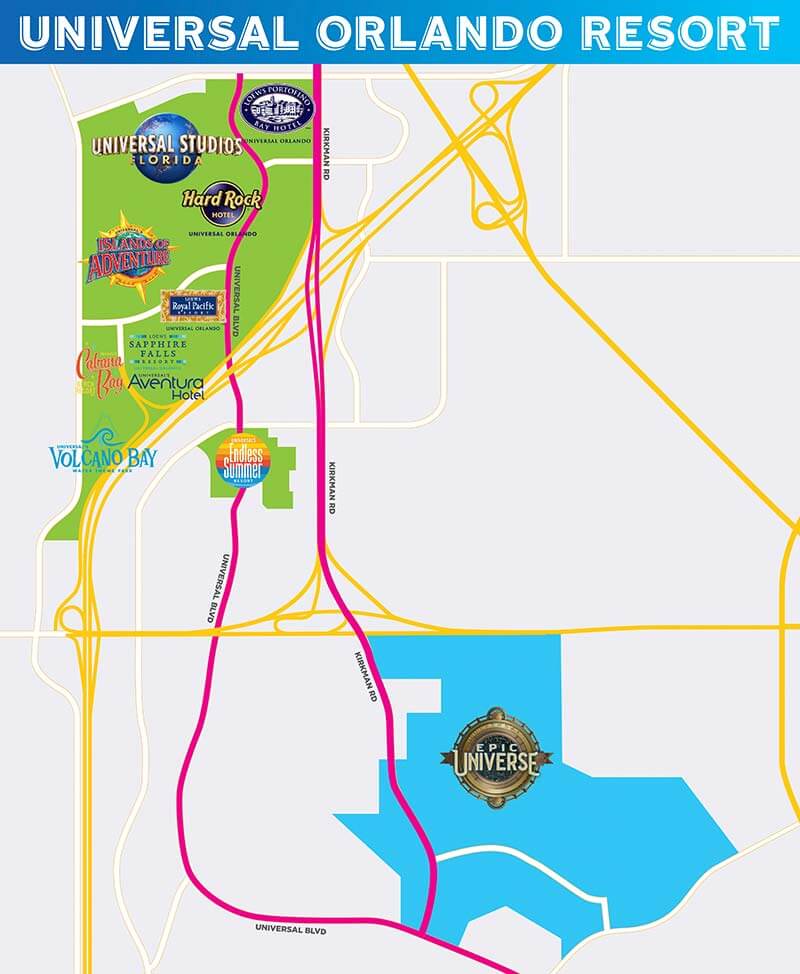 You can see from the map that this is a big chunk of land — in fact, it will become the largest Universal park in the United States. The new footprint will nearly double Universal's total available acreage! Universal says guests will be able to take Universal Orlando transportation between Universal's Epic Universe and its existing properties.

What do you think of the news? Share your reactions in the comments below!

Related: What's Coming to Disney World and Universal in 2022 and Beyond