Why We Recommend Using Park Plans When Visiting Disney World

Following a plan is one of the smartest ways to explore the theme parks, and this is especially true if it will be your first time visiting Walt Disney World. There is so much to see and do, and with so many people in the parks, knowing what to do when will save you time in line! Whether you're visiting Magic Kingdom, EPCOT, Disney's Animal Kingdom or Disney's Hollywood Studios, using a Disney touring plan will ensure you ride more rides, see more shows and have a great time. Lucky for you, we frogs have created a number of free Disney park plans for everyone to use!

Our park plans are optimized for families, and especially those making first-time visits. Now, with new park procedures, following a park plan makes a lot of sense for many families. While most of our plans were created pre-COVID-19, since the parks reopened, we've created additional plans that take into account "the new normal" (no character meet-and-greets and reduced entertainment), so that you can still make the most of your time at Disney World. Plus we've been keeping them up to date as things return such as nighttime spectaculars. This is especially hopful as the parks are starting to get busier again. 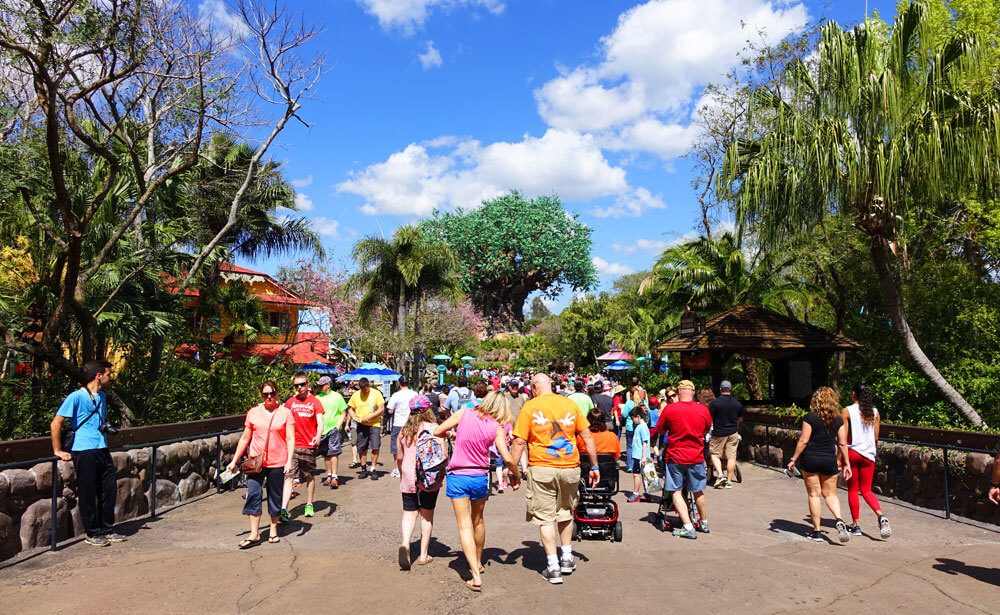 We've prioritized the rides and shows in our free Disney World park plans so that you visit the most popular attractions with the shortest waits when crowds are low. Picking the right day to visit, arriving ahead of the official opening time and touring efficiently will give you that extra jump on other park guests during the very busiest months of the year (and even during the less-busy times). 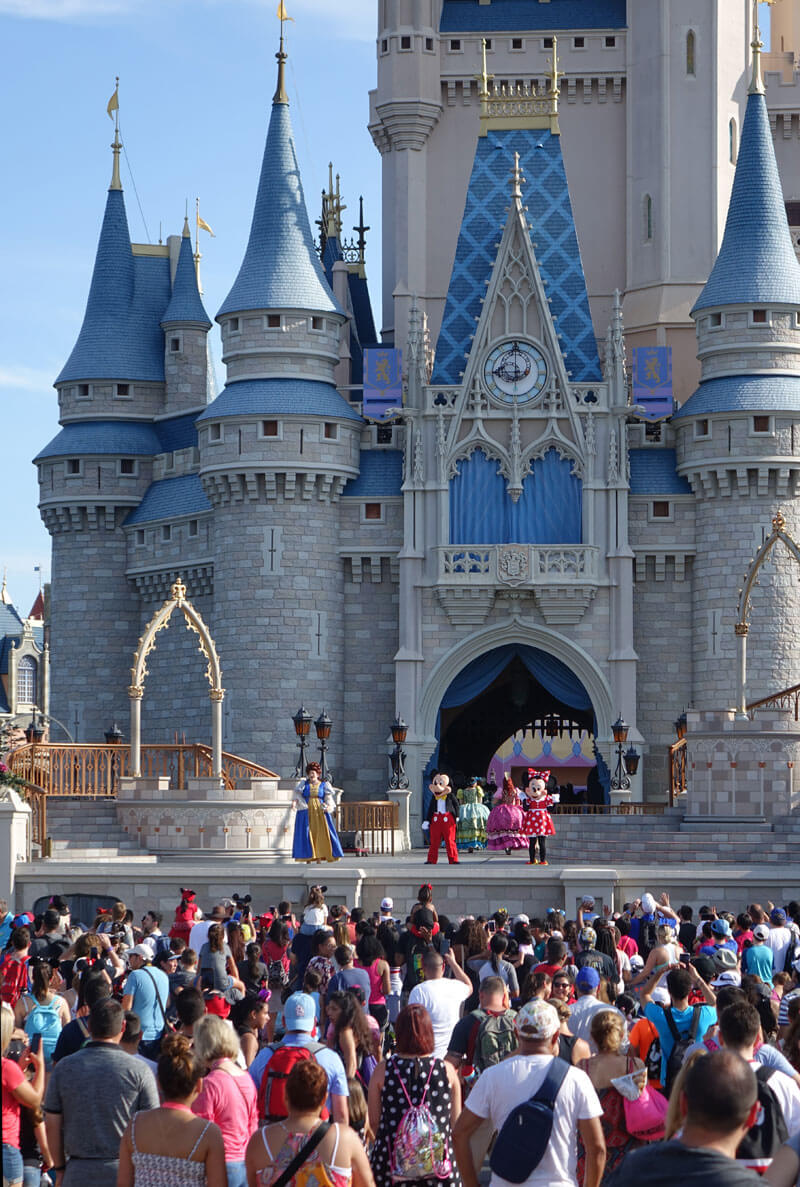 Each of our Disney World plans provides an overview of the park, with its notable attractions, special information about its layout and general information about official opening times and the best ways to tour. The park plans include not-to-miss rides, shows and entertainment.

Our plans are available on our website or in our free Orlando planning app for iPhone. You can view our Disney World itineraries from our main Park Plans page, as well. You will also find them on our individual park pages under Things to Do. For example, on our Magic Kingdom page, you will find our Magic Kingdom 1-Day Park Plan and our General Magic Kingdom Map. You can also download printable PDF versions of all of these plans! Fun fact: Our printable plans also include the general map and packing lists for the whole family!

Our Orlando planning app has the extra benefit of allowing you to customize our pre-set park plans for your own needs. Once you're in the parks, you can use the app map functionality to navigate and even check off items as you complete them! It also shows crowd levels, recommended parks, opening hours and wait times.

'My Family Likes to Sleep In on Vacation! I'm Already Overwhelmed by the Decisions! We Just Want More Flexibility' 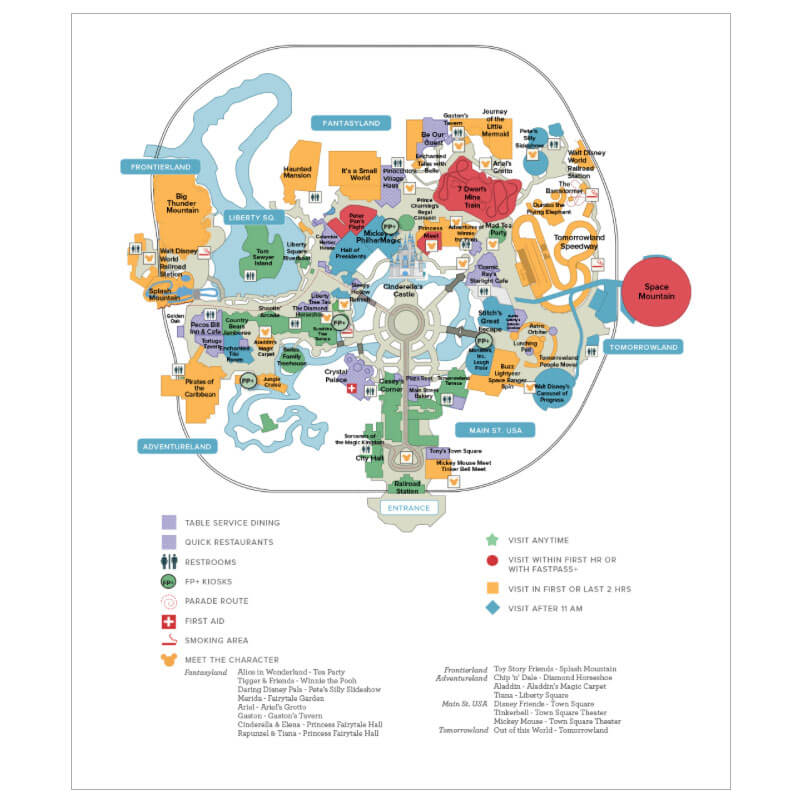 We feel ya! For those of you who want the benefits of Disney World park plans without following a fixed plan, the general map is your new best friend. No matter what time you hop into the parks, you can use it to see at a glance the best times to visit each of the park's rides. Our Orlando planning app for iPhone also includes this information, which is super handy when you're in the parks!

If you haven't heard already, Disney Genie is coming this fall to the My Disney Experience app. It will be a free planning tool that's toadally customizable and even provides live updates during your trip. So, you may be wondering, "Do I even need to use park plans?" Valuable information such as predicted future wait times will be hopful no doubt, but if you're a person who likes to plan ahead rather than figure things out on the fly, you can still find park plans incredibly useful! Park plans can give you an initial idea of what you want to prioritize and get you more familiar with the parks. Also, if you'd rather not be glued to your phone during your trip, park plans can come in handy as a convenient alternative to Disney Genie. Once Disney Genie launches, we'll be figuring out the best way that you can use our park plans and Disney Genie so you can become a super planner!

Did you know we offer park plans for Universal Orlando and SeaWorld Orlando, plus Disneyland and Universal Studios Hollywood in Los Angeles? Looking for more tips and resources for your vacation? Hop on over to our Orlando Planning Guide!