When To Visit Los Angeles 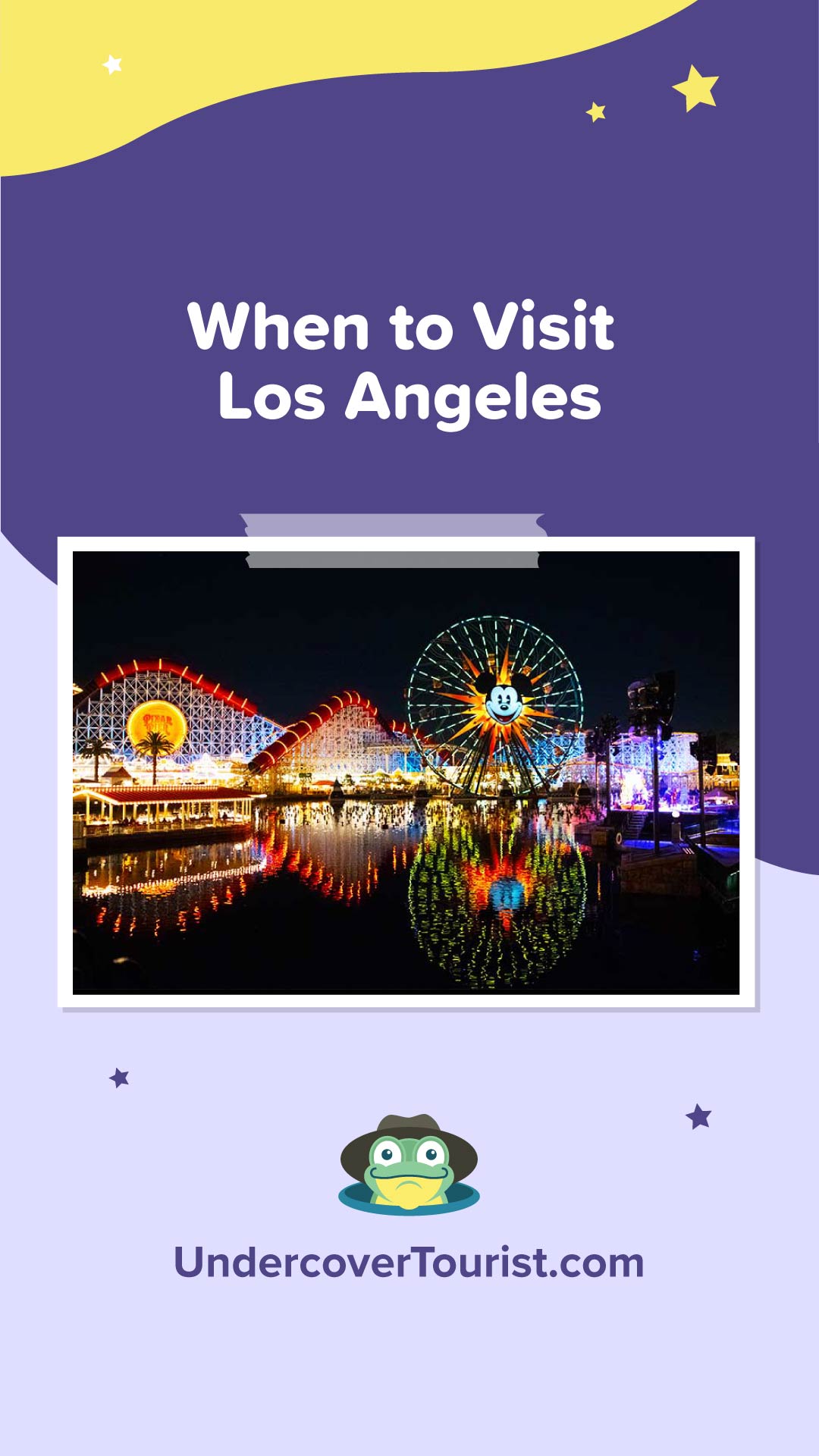 With 284 sunny days per year and low humidity, it's almost always a good time to visit Los Angeles. Whether it's the bright lights of Hollywood that lure you to Tinseltown or the "Hey there, everybody" of Mickey Mouse, you'll find yourself in good company. As the second-largest city in the U.S., Los Angeles is a culturally diverse area that offers reasons to visit year-round. We've put together this seasonal guide to help you determine when to hop over to sunny Los Angeles (and Orange County to the south).

When to Visit Los Angeles

Los Angeles has an average of 35 days receiving measurable precipitation annually, which means nine out of 10 days are dry. The entire Los Angeles area sees plenty of sunshine and sometimes smog. The end of October through April is generally considered the rainy season. It’s also the time of year with the most gorgeous sunsets and colorful evening skies. For the most part, it's the quieter time of year when it comes to recreation and theme parks (except for holiday weeks and weekends). 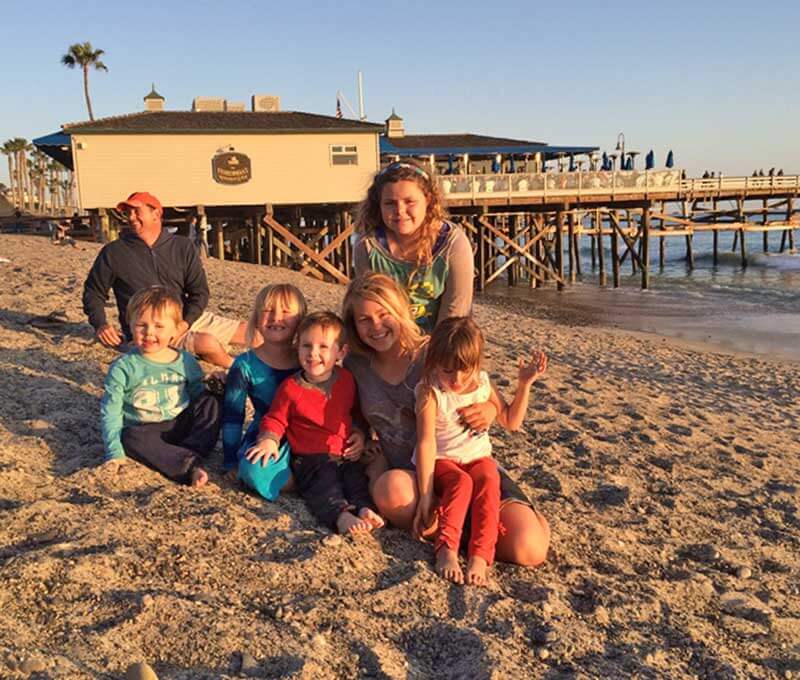 The largest crowds by far appear in summer, from mid-June to mid-August. That is when most families take their vacations and the weather is warmest. But like San Diego, Los Angeles suffers from "May Gray" and "June Gloom." That's when a low-lying marine layer blankets the area in a gray fog for the morning and sometimes much of the day. June Gloom keeps the average highs in the low 70s. July, August, September and October are all warmer, with highs in the mid- to upper 70s and 80s. Daytime temperatures can climb quickly away from the coast. Vacationers  inland can find the summer months downright hot and often smoggy, although a quick trip to the beach or pool will set everything right again. The ocean warms up towards the end of summer. That's a good thing, because Southern California ocean water is on the refreshingly chilly side.

The LA and Long Beach Pride festivities, the Los Angeles Film Festival, the Orange County Fair, Pageant of the Masters and Vans US Open of Surfing are among the area's most popular summer events in Los Angeles and Orange County. 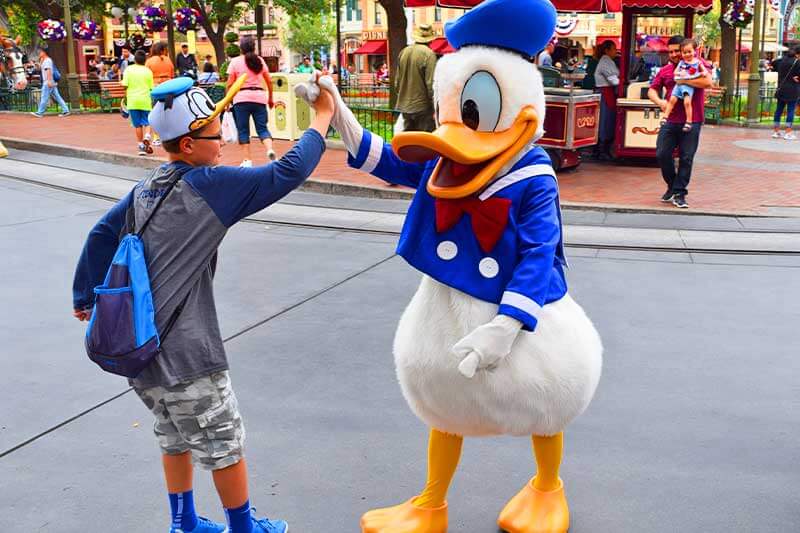 Late August through September is perhaps the ideal time to visit Los Angeles. Local tadpoles are back in school and crowds are at their lowest. But there is plenty of warm sunshine, making it perfect for trips to Disneyland, Universal Studios or Six Flags Magic Mountain in nearby Valencia. 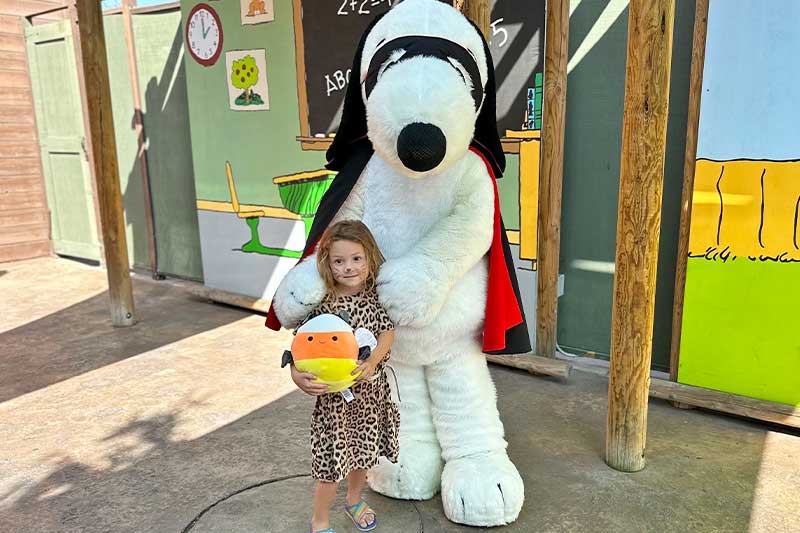 Late September into October brings a number of Halloween and fall-related events, including Halloween Horror Nights at Universal Studios Hollywood, Disneyland's Halloween Time (along with the Oogie Boogie Bash on select nights), Knott's Scary Farm (and the less- scary Knott's Spooky Farm) at Knott's Berry Farm, Queen Mary Dark Harbor and the West Hollywood Halloween Carnival. October is one of the most crowded times at Disneyland due to several fall breaks in neighboring states. 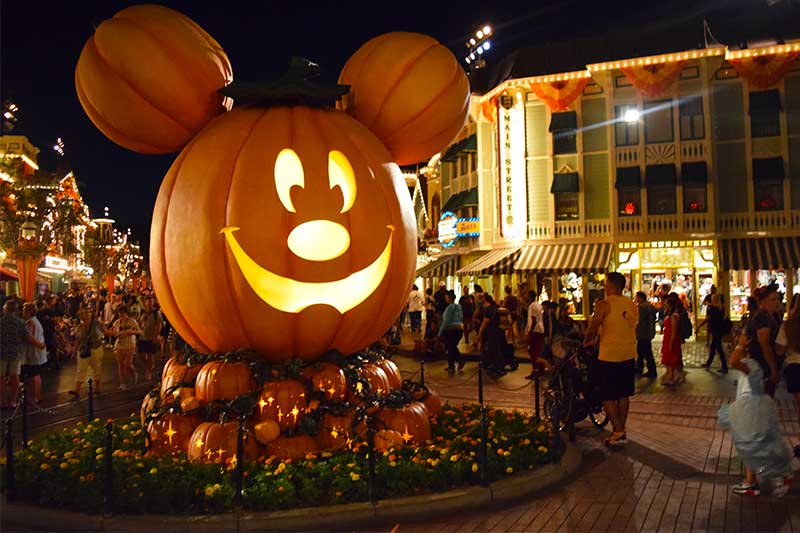 For stargazers, awards season starts with the Emmys in September and lasts until the Academy Awards in February. But any time is a good time to catch celebrities since they are out and about throughout the year! Popular celebrity haunts include The Grove shopping center, the nearby Farmers Market, and the Malibu Country Mart. You are likely to see stars in Los Angeles and Orange County when you least expect to, catching breakfast in a café or walking through a fancy hotel in Laguna Beach or Los Angeles. We've even bumped into a few at Disneyland! 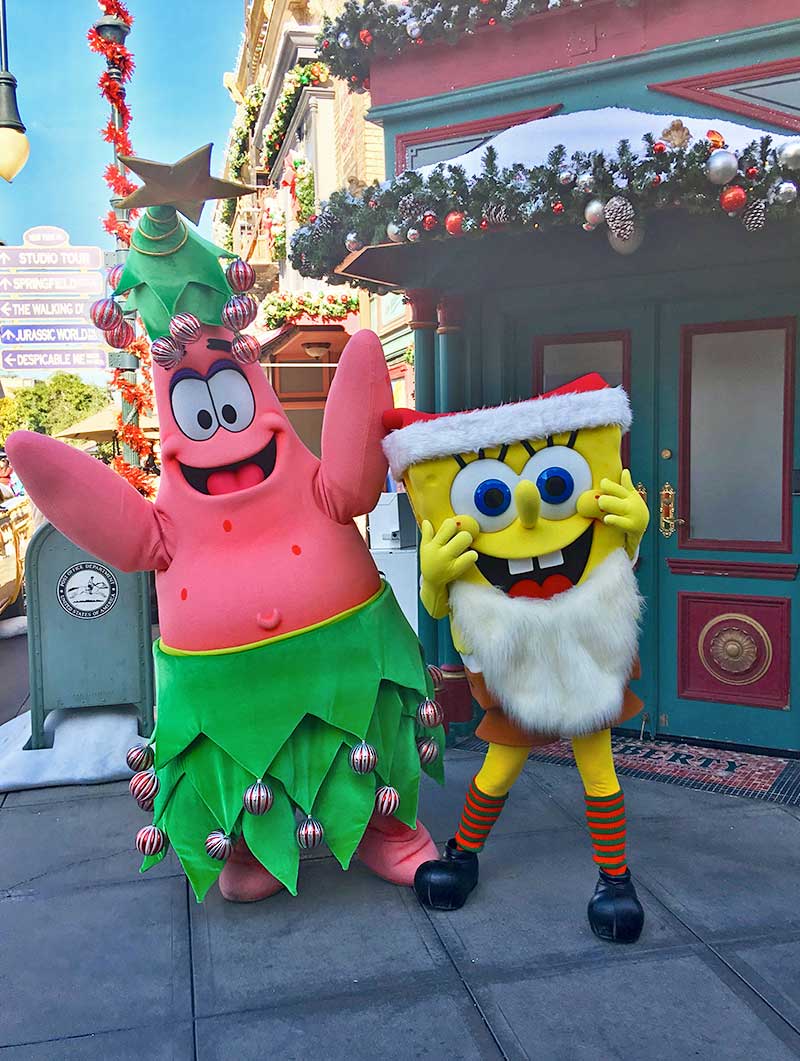 Holidays in November and December right on through to New Year's Day bring more visitors to the City of Angels because of the special events, perhaps none more famed than the Rose Bowl Parade. These months also see cooler temperatures, with highs in the mid-60s, lows in the upper 40s, and higher rainfall, although not as much as January and February. The holidays at Disneyland bring decorations and holiday entertainment to both Disneyland Park and Disney California Adventure Park. It's also a festive time to celebrate Christmas in the Wizarding World and Grinchmas at Universal Studios Hollywood.

The fall and winter months also sport football games. Los Angeles went from having zero to two NFL teams. The LA area is also home to two NHL teams, two NBA teams and two Major League Baseball teams. That means a sports game is always in season for sports fans! It's a great time to escape colder climates to soak up some California sunshine and get outside to play some sports of your own! 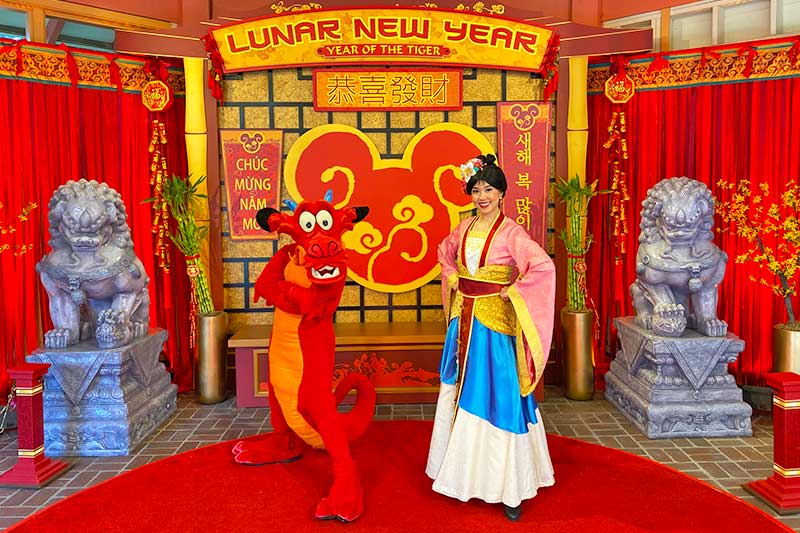 Lunar New Year is celebrated late January and early February at Disneyland. And Jan. 27, 2023, Disneyland kicks off the year-long 100 Years of Wonder celebration. 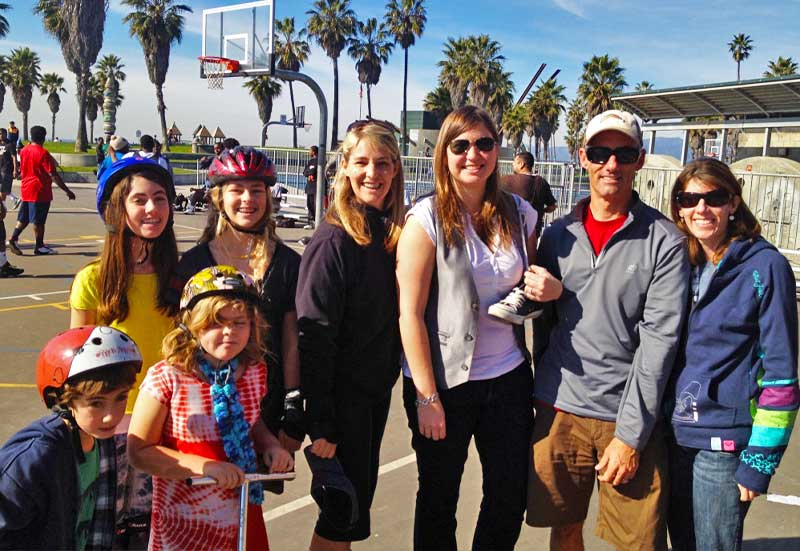 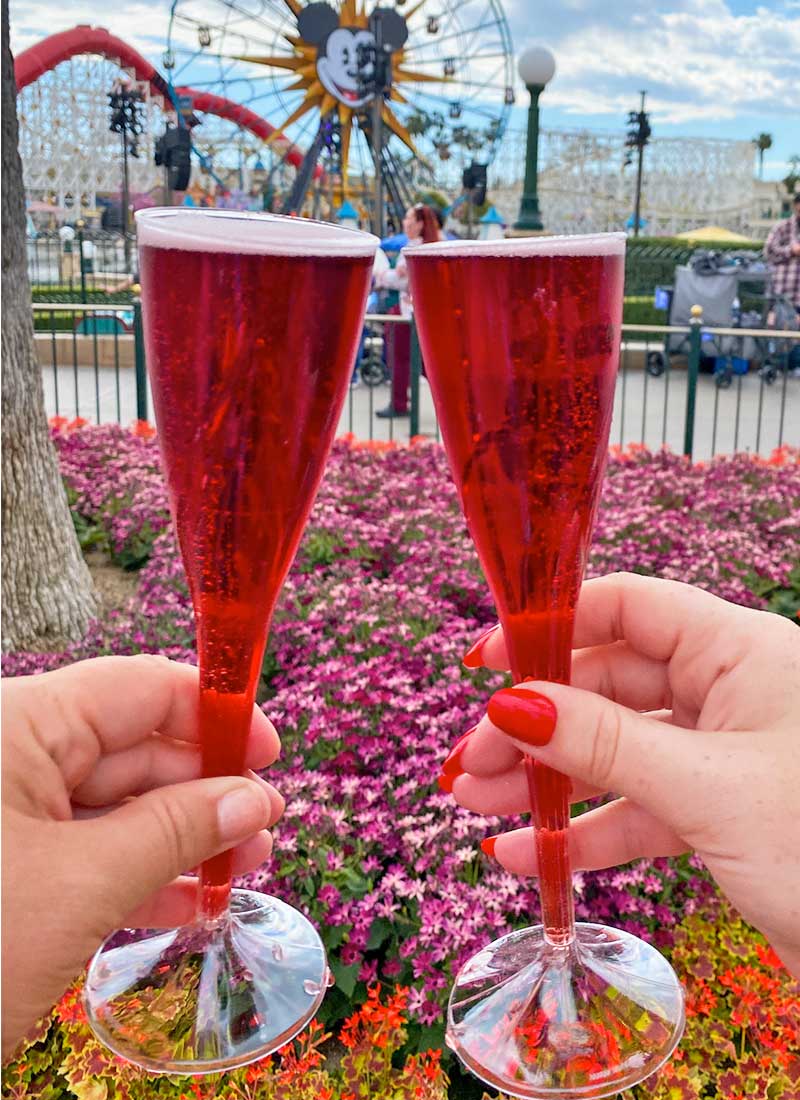 Springtime can be a good time to visit Los Angeles. During March and April, the highs are in the low 70s. Crowds are manageable and spread out because spring breaks vary so much. The last week of March and Easter week, however, do see a few more vacationers visiting Los Angeles. At Disneyland, foodies and wine buffs flock to Disney California Adventure Food & Wine Festival.

Basically, there is not a bad time to visit Los Angeles. Even the coolest months are very comfortable for being outside and sightseeing. Just remember to bring a sweatshirt no matter what time of year you visit. With a coastal desert climate, temperatures tend to drop once the sun sets! It can be warm in the sun and cool in the shade. Plan to wear layers, and you'll always be hoppy with the temperature!

We hope you've found this overview of when to visit Los Angeles helpful in planning your visit to Los Angeles. You'll find more resources and tips inside our Los Angeles Planning Guide.

Related: What to See and Do in Los Angeles