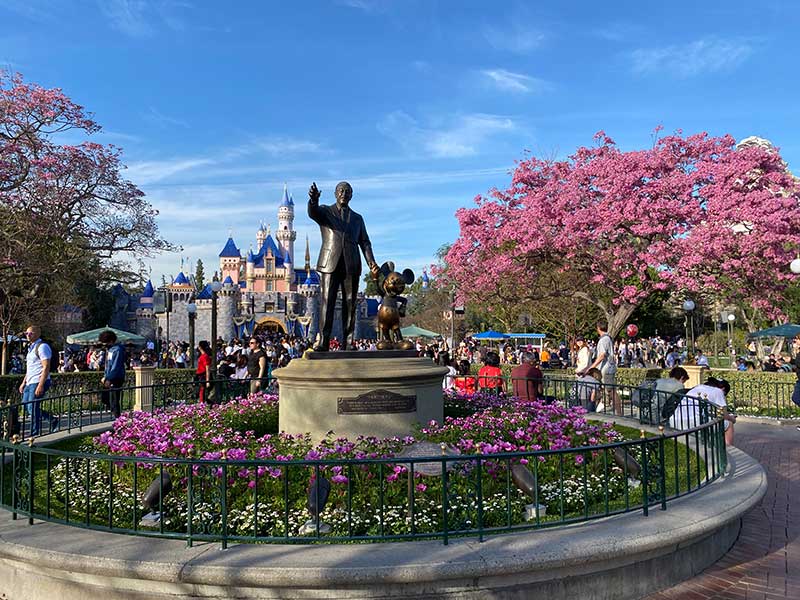 Planning the Best Times to Visit Disneyland in 2022

We'd be toadally remiss if we didn't talk about the biggest changes coming out of 2020 — and that the new theme park reservation system, which comes with some capacity limitations.

Many days sell out, but even so, there are more crowded days than others. While we do have years of experience and data collection under our belt, there are many more factors at play that put us in new territory when making our predictions. The good news is that there are many encouraging signs that things are heading back to "normal" in the parks, including the return of World of Color, Fantasmic! and the Main Street Electrical Parade. And guess what else? Traditional character meet and greets have returned as of April 18. Hooray for hugs!

With so many locals at Disneyland, who have a bigger influence on crowds than at Disney World, we knew crowds would return to Disneyland after its reopening — and boy, did they ever! Couple those locals with pent-up travel demand across the world, and Disneyland is set up for a hoppin' 2022 and beyond. (We will talk more below about Magic Key holders and how they influence crowds.) 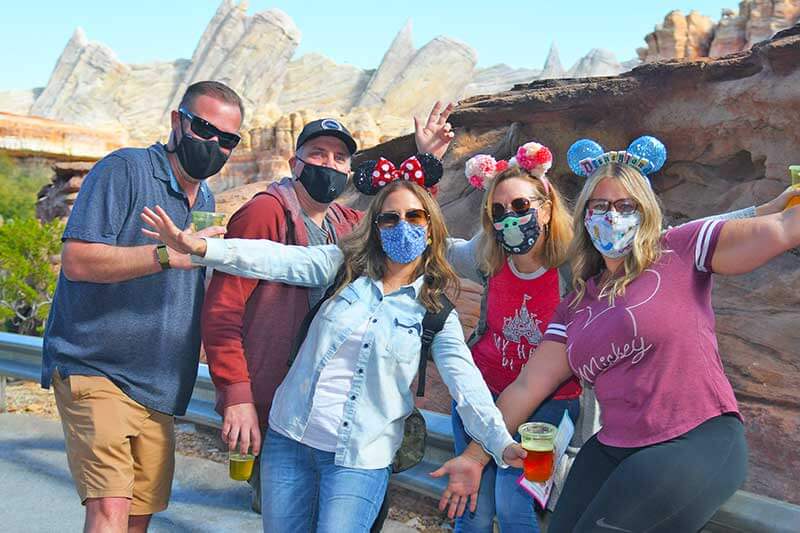 For the foreseeable future, capacity limits are in place using a reservation system, likely for some time; while it helps to limit capacity, it also makes getting into the parks more challenging. We've taken that into account when adjusting our Crowd Calendar. Keep hopping back because we will continue to update both this post and our Crowd Calendar as we learn more! 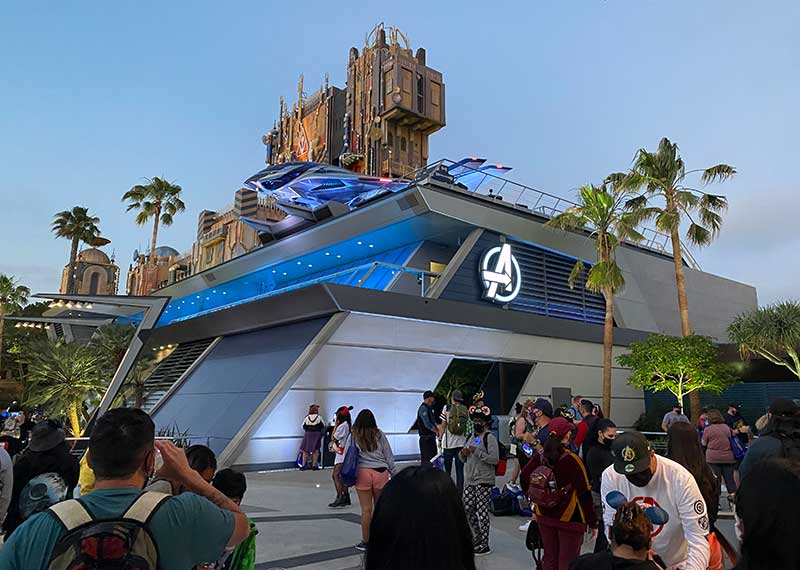 Avengers Campus made its epic debut June 4, 2021, which played a part in Disneyland's busy summer, fall and winter in 2021. But as we look into 2022 and 2023, there will be some sweet spots to time your visit if you're looking for the least busy time to hop into the parks.

Is It Packed at Disneyland? Here's the Easiest Way to Tell

If the answer is yes to one or both of these questions, there will be bigger crowds. Another thing to be aware of is major school breaks, and not just in California, and not just for spring or summer break. Many Arizona schools have breaks in the first half of October. Utah schools also have a fall break in mid-October. The spring breaks at major universities in California also influence crowd levels, making the second half of March the peak of spring break.

Even during the busiest times, there are ways to skip the lines and make the most of your time. Here are our best tips to reduce waits! During Disneyland's reopening period, know that some traditional time-savers, such as Magic Morning, are temporarily unavailable, but expected to return in summer 2022. FASTPASS and MaxPass have been officially retired and replaced with the paid Genie+ system. Again, our best advice is to purchase your tickets and make your Disneyland theme park reservations as soon as possible to secure your spot. Reservation availability is released 120 days in advance (or 90 days for Magic Key holders). 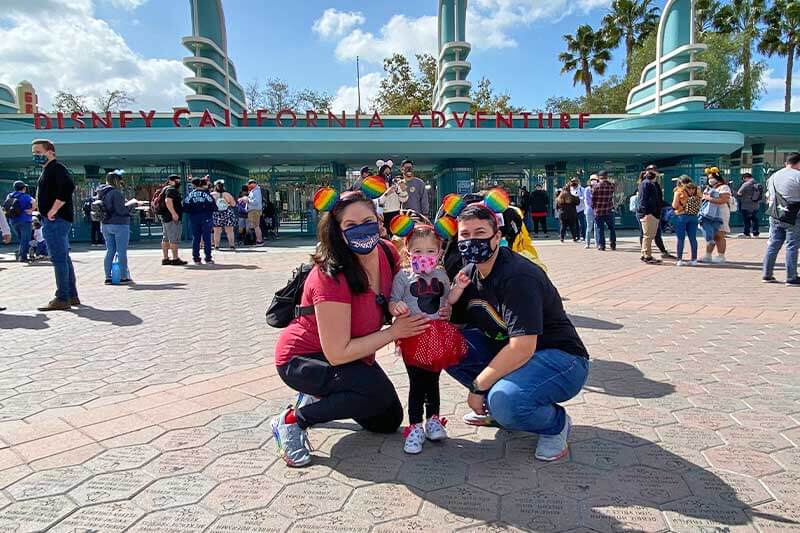 If you’re more familiar with Cinderella Castle than Sleeping Beauty Castle, it's important to know that the best time to visit Disneyland isn't the same as at Disney World.

The biggest difference is the locals. Disney World has a good amount of locals, but not nearly as many as those in the Los Angeles/Orange County area. Many of those Disneyland locals were annual passholders (now Magic Key holders).

One of the biggest changes to occur during the Disneyland closure was the cancellation of all annual passes. The Magic Key passholder program has debuted, though Magic Key holders still need to make a park reservation to enter the parks, and their availability calendar is also limited. Depending on the type of pass they have, Magic Key holders might find themselves blocked out of the park on certain days or weeks, particularly those times that are especially popular with tourists — namely summer, spring break and holidays.

The Disneyland blockout calendar provides a fairly good idea of the very busiest dates of the year because those are the times when most Magic Key holders (especially for the more affordable passes such as Imagine and Enchant Keys) are not allowed to enter the parks. For example, during most of June through mid-August, certain Key holders are typically blocked from entering at least one or both parks, a strong sign that there will be tourists! One important thing to keep in mind in the future: Crowds are higher right after major blockout periods. 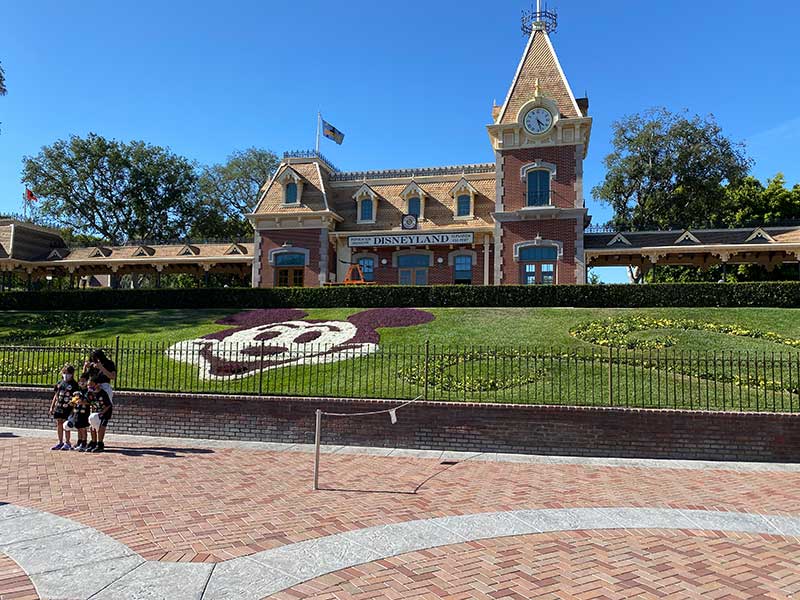 Outside of the Magic Key holders, other limited-time local promotions can influence crowds for certain periods of time. When Disneyland offers special ticketing promos for California residents or Southern California residents, more locals flock to the parks. That can make it hard to predict crowd levels as it attracts more guests during typically quieter times. As the promo end dates draw near, everyone rushes in to use the tickets before they expire. Undercover Tourist typically offers these same promo tickets for an even steeper discount than the parks, so our Disneyland ticketing page can offer insight as to promo dates when available.

A more recent crowd forecaster is Disneyland's 1-Day Ticket Availability Calendar. Disneyland's 1-Day tickets are sold in tiers based on projected crowd levels, giving us a sneak peek at when Disney is expecting things to be busiest.

Another factor that has more influence on crowds at Disneyland than at Disney World is the conventioneers. The Anaheim Convention Center is right across the street. What out-of-town visitor wouldn’t enjoy popping over in the afternoon and early evening for some Disney magic? It’s generally not necessary to rearrange your vacation based on a convention, but there might be one exception. Disney’s own D23 Expo, held every other year, brings flocks of fans. Those folks will plan to spend some of their hours before, during and after the Expo playing in the parks. The next D23 Expo is planned for Sept. 9 to 11, 2022. 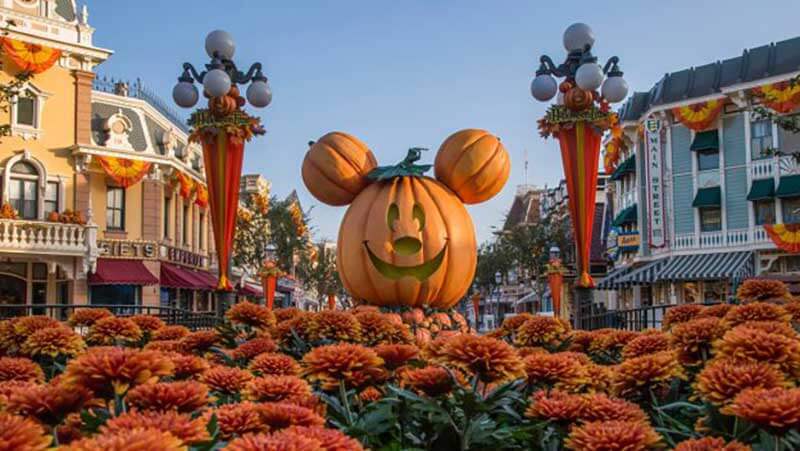 Keep in mind that special events and holidays also influence crowds. Many people visit during Disneyland Halloween Time or the holidays to experience the magic of these seasons, and there are special events at different times throughout the year. This is yet another reason to review our Disneyland crowd calendar — we list the holidays and special events! (We are so frogcited to get special event dates for 2022 and 2023 on the calendar — you'll see those reflected on the Crowd Calendar as soon as they are announced, so keep hopping back! Our Crowd Calendars also offer a look at the weather at Disneyland so you can pack accordingly for that May Gray and June Gloom :) ) 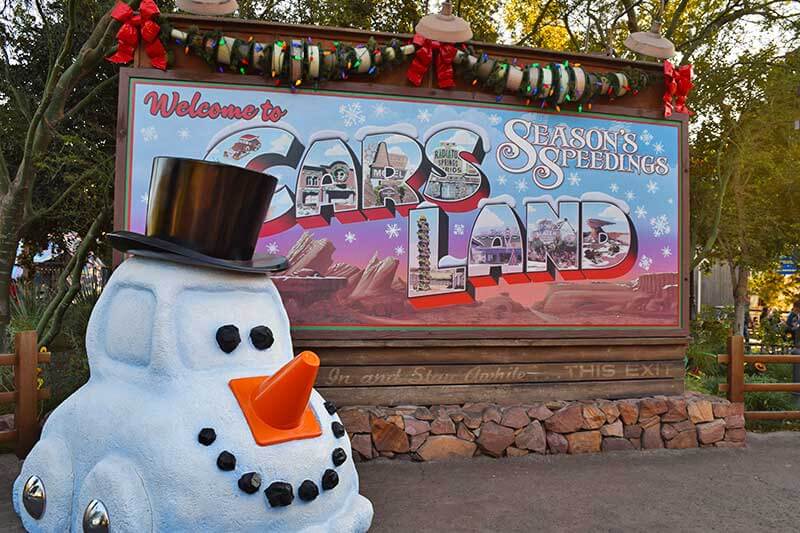 Expected Busiest Days at Disneyland in 2023 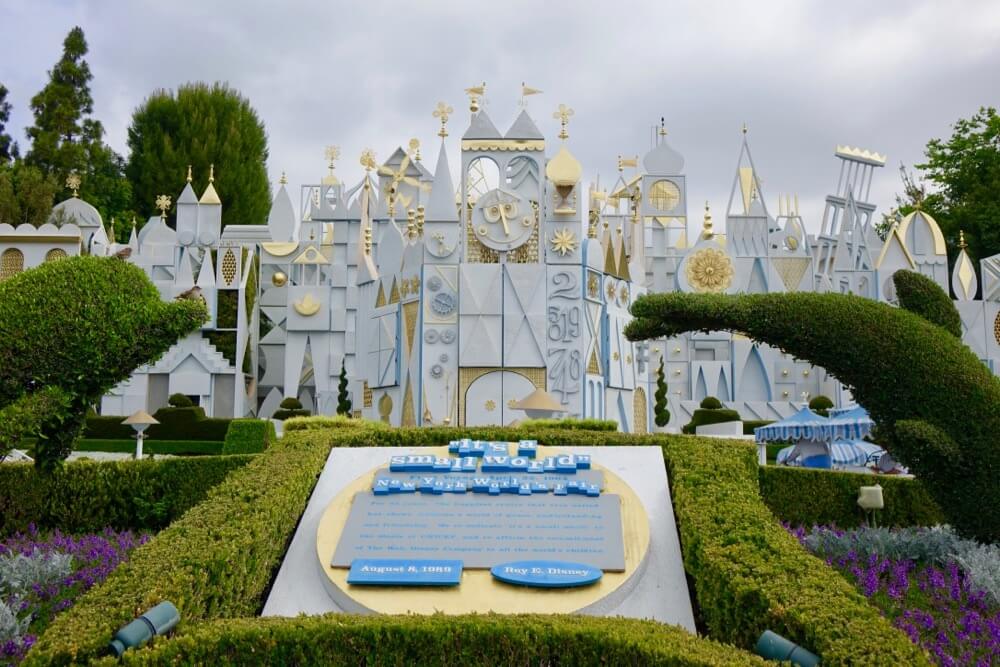 While these are traditionally the best times to visit Disneyland, we expect higher crowds than usual around these times now that the parks are open and each day sells out!

Keep in mind that "off-season" low crowd levels can also mean shorter Disneyland hours and that less entertainment is available or that more rides undergo refurbishment. During some seasons, such as Halloween Time, weekdays are less crowded, but only weekends include fireworks, so take that into consideration as well.

Best Time to Visit Disneyland in 2023 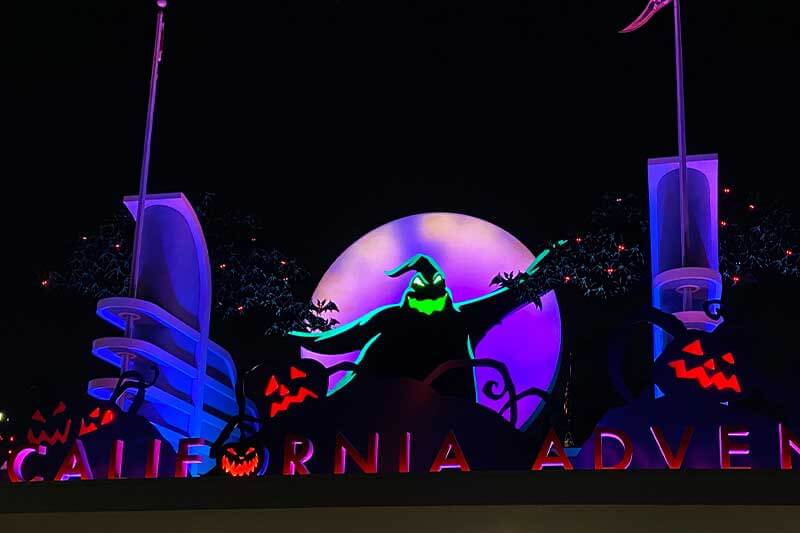 One other thing to be aware of is any separately ticketed events that may be scheduled even during the best time to visit. Here are the most common causes of early park closure:

These after-hours parties can cause the park to close earlier than usual. If you look forward to an evening at Disneyland with all the nighttime entertainment, then avoid visiting these days unless you have a party ticket. Otherwise, your fun may be cut short, and you may not get the most out of your visit for your money. Since Disneyland hours are generally released only up to six weeks in advance, keep an eye out for news of parties and note any upcoming dates to avoid (or to buy a ticket for). You can look to our linked posts for upcoming events or for guidance on predicting the next season's shenanigans.

Ta-da! There it is — the best time to visit Disneyland in 2022 and 2023! Don't froget that you can purchase discount Disneyland tickets from your favorite frogs! Ribbit!

Related: 40 Tips to Maximize Your Time at Disneyland

SAVE $18 vs Adult gate price