What to Do on a Rainy Day at Universal Orlando

Park tickets? Check. Hotel reservation? Check. Now it’s time to start checking things off your packing list! But before you start stuffing your suitcase, you should check out the general forecast so that you can prepare for all kinds of weather. Universal Orlando Resort is centrally located in the Sunshine State. Florida’s nickname tells you a lot about what to expect, but you also need to keep the rainy season in mind. Summer is a hoppin’ time for a theme park vacation, but it can also bring typical thunderstorms. Not to worry! If you’re prepared, you can successfully handle a rainy day at Universal Orlando. 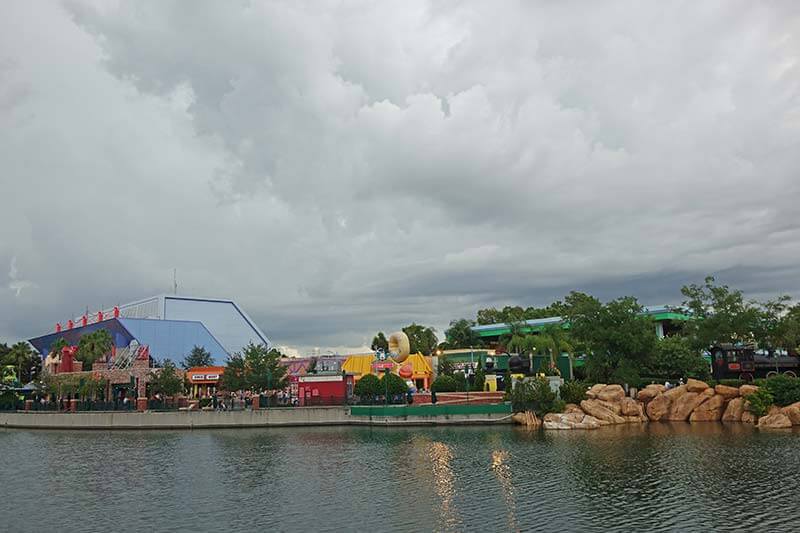 Overview of the Climate in Florida

Florida’s subtropical climate means you can expect hot, humid summers and cool, mild winters. Occasionally, a rainy day followed by a cold front will happen during the winter months. But for the most part, Florida’s major wet season takes place from June through October, which is a popular time to hit the Orlando theme parks.

If you are visiting over the summer, a rainy day at Universal Orlando shouldn’t come as a surprise. Fortunately, these summer storms pass through as quickly as they come. A storm can clear up as soon as 30 to 45 minutes, and the rain rarely lasts an entire day. There’s been a number of times when we’ve hopped in line for the Hogwarts Express right as it starts to rain. But once we stepped back outside, the rain had stopped! It’s also important to note that if there’s lightning within about 10 miles of the parks, outdoor attractions, such as Hagrid’s Magical Creatures Motorbike Adventure, will shut down even if it’s not raining.

Is your trip close? Hop to our Crowd Calendar and you can see the forecast!

While it shouldn’t keep you from making plans, hurricane season lasts from June to November with peak activity from late August to early October. Orlando is landlocked, however, and a tropical storm or hurricane typically loses a lot of power once it makes landfall by the Atlantic Coast or the Gulf of Mexico. Universal Orlando Resort rarely shuts down all operations in advance for severe weather.

We can’t control the weather with our Wizarding World wands or guarantee you won’t experience a storm. However, the rain can cool down a hot day or drive away crowds, so it’s not entirely a bad thing, after all!

Packing for a Rainy Day at Universal Orlando 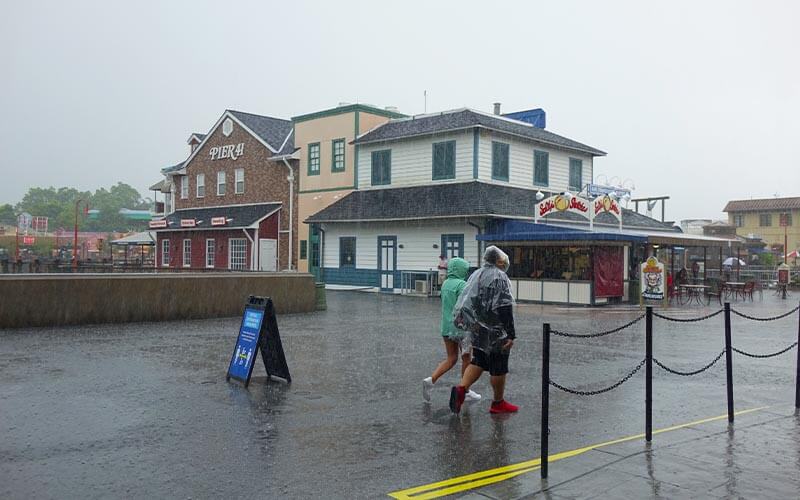 We’ll hoppily remove the guesswork of what you should bring to the parks, so the rain doesn’t have to ruin any of your fun.

Froget umbrellas! Even though small umbrellas are allowed inside the parks, they’re usually a nuisance to carry around the parks all day (and if you’re sharing one, you may still get wet in a downpour). Instead, pack a poncho or lightweight raincoat for everyone. Ponchos provide more coverage for you and your belongings, which can be tucked in underneath. While there are ponchos for sale at most gift shops, you can save a lot of money by buying packs of them from Walmart or Amazon in advance. At the end of the day, dry off your ponchos, raincoats or umbrellas to prevent mold and mildew.

Shoot for comfort over style if you find yourself choosing between nylon athleisure gear and designer jeans. Thick clothing, such as cotton and denim, will dry much more slowly. Trust us frogs, you don’t want to be sloshing around the parks in wet clothing, especially when you’re ducking for cover in an air-conditioned queue, restaurant or gift shop. Water-resistant shoes can prevent slipping and sliding, and it doesn’t hurt to pack an extra pair of socks.

Either sandwich or gallon-sized Ziploc bags will do the trick! Put your wallet, phone or other valuables inside these bags to keep them fully dry. (These will also come in handy for the water rides at Islands of Adventure if you don’t want to spend money on renting a locker.)

This item isn’t a necessity, but it could be useful for wiping off extra moisture from rain (or sweat). Paper towels from bathrooms tear easily.

If you need to use a stroller for your tadpole, consider having a rain cover to protect it from the elements. Keep it on throughout the day, and zip it up if you need to leave it outside (just in case it starts raining while you’re inside). An extra poncho could be a good substitute if needed, but make sure it's secure enough so it doesn't blow away.

Strategies for a Rainy Day at Universal Orlando 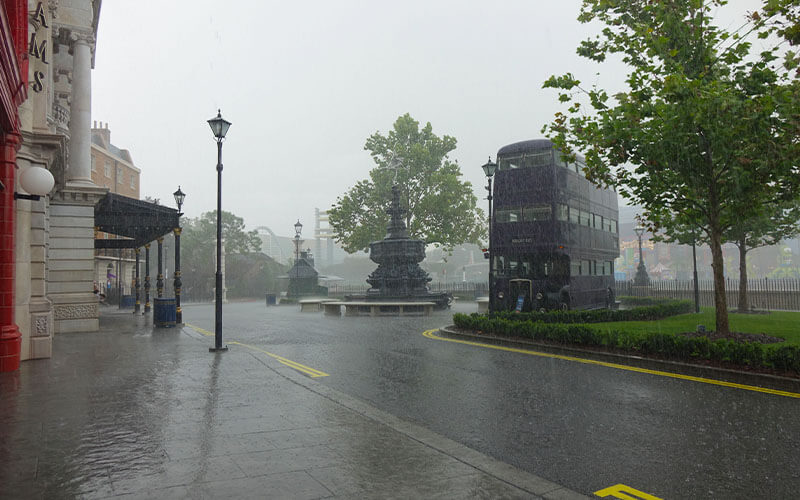 1. Visit Universal's Islands of Adventure in the Morning

Islands of Adventure has significantly more outdoor rides than Universal Studios Florida. You don’t want to miss out on popular attractions, such as The Incredible Hulk Coaster, Hagrid’s Magical Creatures Motorbike Adventure, Jurassic World VelociCoaster or any of the water rides because of the rain that usually comes later in the day. Skull Island: Reign of Kong is designed to operate in sunny and rainy conditions, but the ride gets cut short just a tad if there is bad weather. Once the clouds roll in, hop over to Universal Studios Florida. A good majority of its attractions are indoors!

2. Head to the Parks Early

If you really want to maximize your time before a potential afternoon storm, wake up early and hit the parks as soon as they open. Take advantage of Early Park Admission for an extra hour of playtime in the parks if you’re staying on-site. You’ll beat the crowds AND the rain!

3. Take an Afternoon Break at the Hotel

By the time the rain hits in the afternoon or early evening, you’re probably feelin’ a bit tired. It’s a perfect opportunity to take a breather! Head back to your hotel for a nap once you see clouds in the distance. Even if you don’t actually fall asleep, you’ll still get some well-deserved rest. Maybe even explore all of the amenities your hotel has to offer? (Psst, Universal's Cabana Bay Beach Resort has a 10-lane bowling alley!)

4. Do Indoor Activities at the Parks

Caught in the rain, or don’t want to go all the way back to the hotel? There are plenty of indoor activities for you to kill time as the rain passes through. Some of our favorite non-ride activities include the wand experience at Ollivanders, the Bourne Stuntacular and the Universal Horror Make-Up Show. As we mentioned before, Universal Studios Florida is the ideal park for stormy weather. Hop in a queue for an indoor ride, or get some souvenir shopping done. It’s also a great time for a sit-down meal at Finnegan's or Lombard's to reflect on the day so far! If you can make it to Universal CityWalk without getting drenched, there are also many great dining options there. 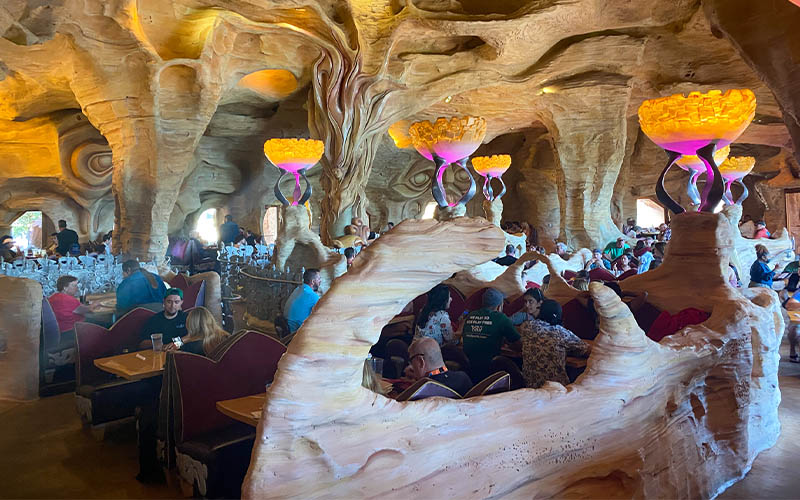 When you’re already at the parks, it’s often worth waiting out the weather by doing indoor activities (see above tip!). Once people leave when they see a storm coming, the parks become less crowded. Because these thunderstorms generally hoppen so fast, the sun seems to come back out in no time.

To eliminate some of the guesswork on how long a storm may last, download a free weather app, such as The Weather Channel or MyRadar. We love being able to track the storm and see the intensity levels to figure out if we can make it to the next attraction (or stay put for a while). The radar will give you a more accurate depiction of what's to come (or what's currently going on) in your specific location.

If you prefer to skip the parks on a rainy day, you still have lots of options to choose from. Go to Universal CityWalk and catch the latest movie at Universal Cinemark. Universal Orlando Resort is a short drive away from International Drive, a popular entertainment destination. You can find escape rooms, an indoor go-kart track, Madame Tussauds, Ripley’s Believe It or Not! and more. 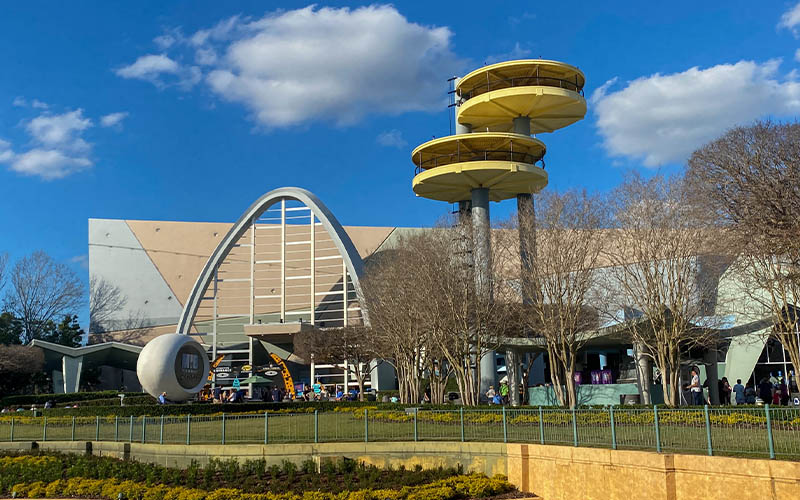 Whenever there’s a patch of bad weather, we leap to these rides and shows to take cover from the rain. Here’s a full list of all the indoor possibilities at each of the parks: 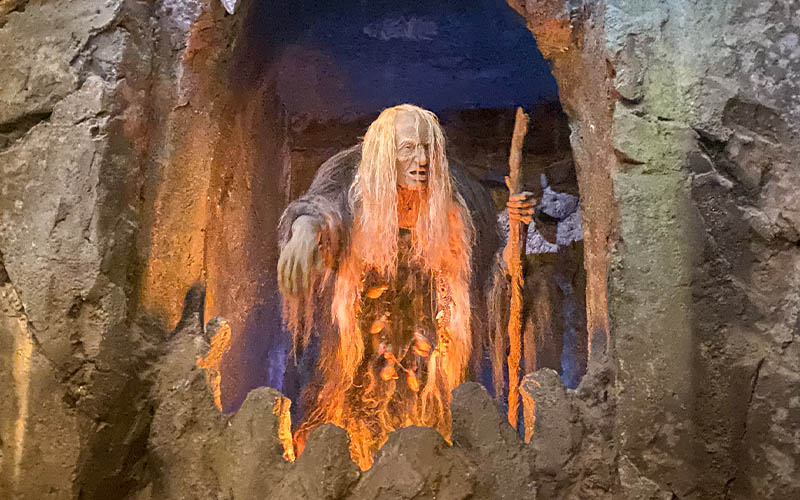 A Florida thunderstorm doesn't have to rain on your parade — literally and figuratively. What is your favorite way to spend a rainy day at Universal Orlando? Let us know in the comments below!

Related: How to Stay Cool at Universal Orlando