20 Tips for Visiting Disneyland in Summer 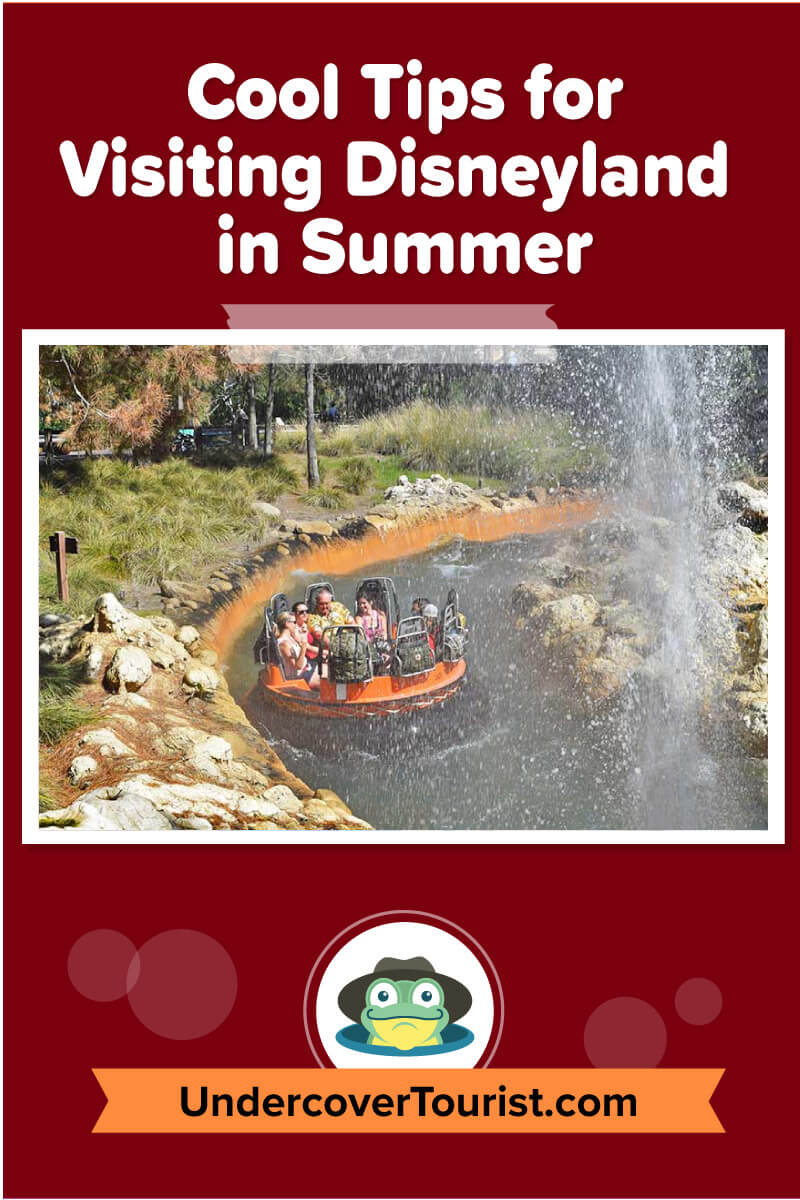 A note from Leap: After a temporary closure due to COVID-19, Disneyland Resort will begin a phased reopening in July! Hop over to our Disneyland reopening post for the latest dates, news and what to expect. The following tips for Disneyland in summer apply to a typical year. Some of the below advice, tools and entertainment will not be available in summer 2020.

It's almost peak season at Disneyland, and if you're gearing up for a summer vacation, no doubt you're looking for a few tips to save your time and sanity. Never fear, the frogs are here! We'll be bringing you tips for enjoying the entertainment, but in the meantime, we've put together our all-around best tips for Disneyland in summer.

The Frogs' Hop Tips for Disneyland in Summer 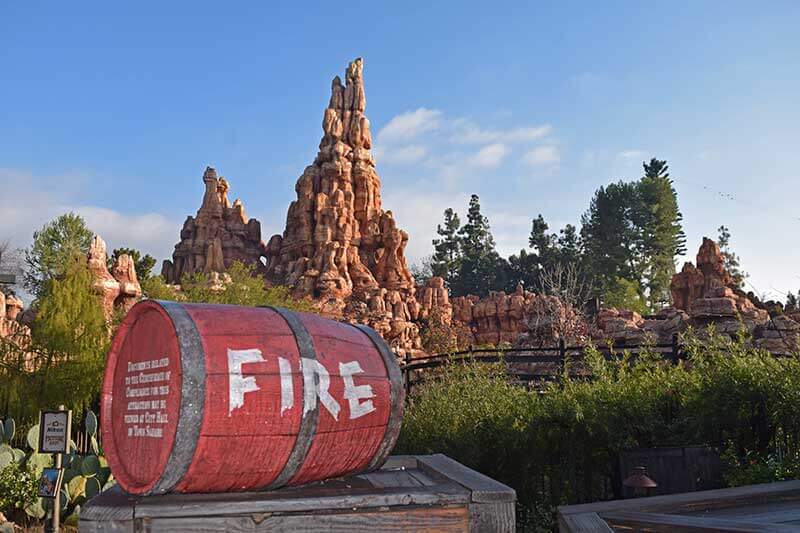 If ever there is a time to stay on-site or close by, it's during the busy summer months. We prefer to stay within walking distance of the parks, so we don't have to worry about parking and can easily hop back to the hotel in the afternoon for a nap or a swim. Several of the off-site hotels are even closer to the parks than some of the on-site hotels. Guests staying on-site are close to the action, but they also get the benefit of Extra Magic Hour, which allows one hour early access to either Disneyland or Disney California Adventure, including Cars Land.  It's important to note that Galaxy's Edge is not open during Extra Magic Hour and Magic Morning.

Book your hotel near Disneyland with us for a hopping good discount!

The multi-day Park Hopper tickets aren't that much more expensive at Disneyland than regular admission, and they will let you hop back and forth between the parks, which are right across from each other on the esplanade. If you are using MaxPass, it’s easy to reserve rides in either park so that you don’t have to wait once you hop over.

3. Make use of Extra Magic Hour or Magic Morning.

If you're staying on-site, you definitely don't want to skip out on your Extra Magic Hour of park time, when the park opens an hour early for Disneyland Resort hotel guests. This is especially true at Disney California Adventure, which usually offers early entry on Mondays, Wednesdays, Fridays and Sundays, for those of you who want to ride Radiator Springs Racers with the lowest waits. Disneyland offers Extra Magic Hour and Magic Morning on Tuesdays, Thursdays and Saturdays, with access to Tomorrowland and Fantasyland.

What’s Magic Morning? People who purchase a 3-day or longer park ticket receive one day of Magic Morning in Disneyland Park, giving you access to the park an hour before opening. In case you missed it, Undercover Tourist is now selling discount multi-day tickets to the Disneyland Resort! You can now acquire FASTPASS during the early entry times, and even reserve rides in the other park, but all the return windows will begin once the parks open to the public. Keep in mind that the Star Wars: Galaxy’s Edge is not open during Magic Morning or Extra Magic Hours.

4. Stay at least three days during Disneyland in summer.

During the busy summer months, three days will give you time to experience the best of both parks. Even better, if you're staying off-site and go for three days or more, you can take advantage of Magic Morning at Disneyland, which typically allows you to enter the park an hour early on Tuesday, Thursday or Saturday. 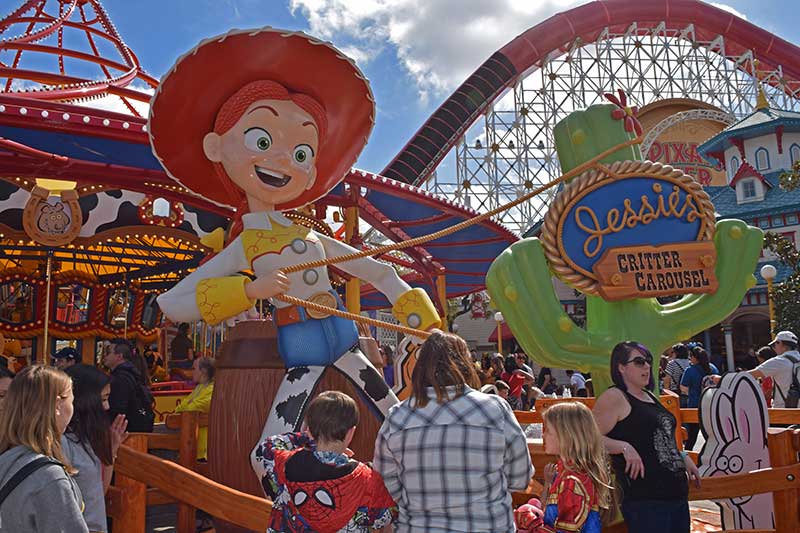 The first few hours of the day in the parks see the very lowest crowds, even lower than the last few hours in the evenings. If you are walking from your hotel, you should plan to arrive at least an hour early to get through security and entrance lines. If you are driving, you'll have to park and take the tram to the park, which can add on another half hour.

Before you head to the parks and make your touring plans, check our Disneyland ride refurbishments. 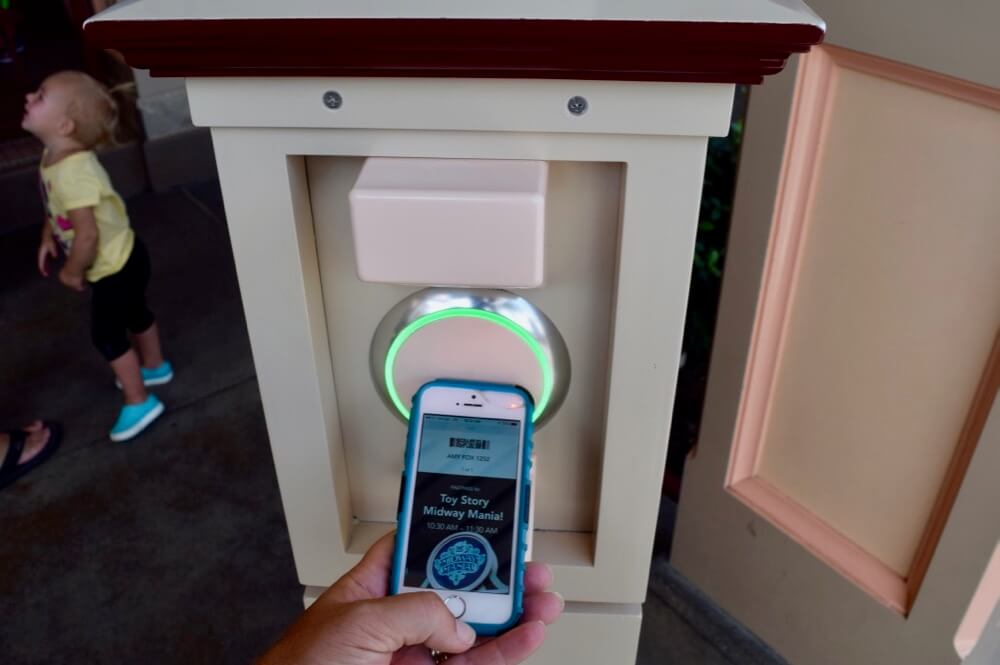 7. Learn how to use FASTPASS.

While it can seem complicated at first, Disneyland's FASTPASS Service will save you significant time in line. Used in conjunction with Park Hoppers, you've got even more time savings! We've got the full details on how it works, so you don't have to worry a bit.

If you really want to get a (frog) leg up on the competition, consider the optional paid Disney MaxPass to skip the lines. You can purchase discount Disneyland tickets already loaded with Disney MaxPass or purchase MaxPass each day through the Disneyland app once you have entered the park. MaxPass allows you to reserve rides through your smartphone. That means that the second you walk in the park, you can select the first FASTPASS! Then, after a short eligibility period, you can select another no matter where you are. It saves walking and time. Plus, MaxPass comes with unlimited PhotoPass downloads, so you can keep and share all the great professional character, ride and location photos. For planning purposes, be sure to remove FASTPASS as a strategy for skipping lines for rides in Star Wars: Galaxy’s Edge because those rides will not initially be offered on FASTPASS or MaxPass.

9. Ride the most popular attractions first.

To make the most of your time, ride the most popular attractions with the shortest durations first. Follow our touring plan for Disneyland Park and Disney California Adventure. 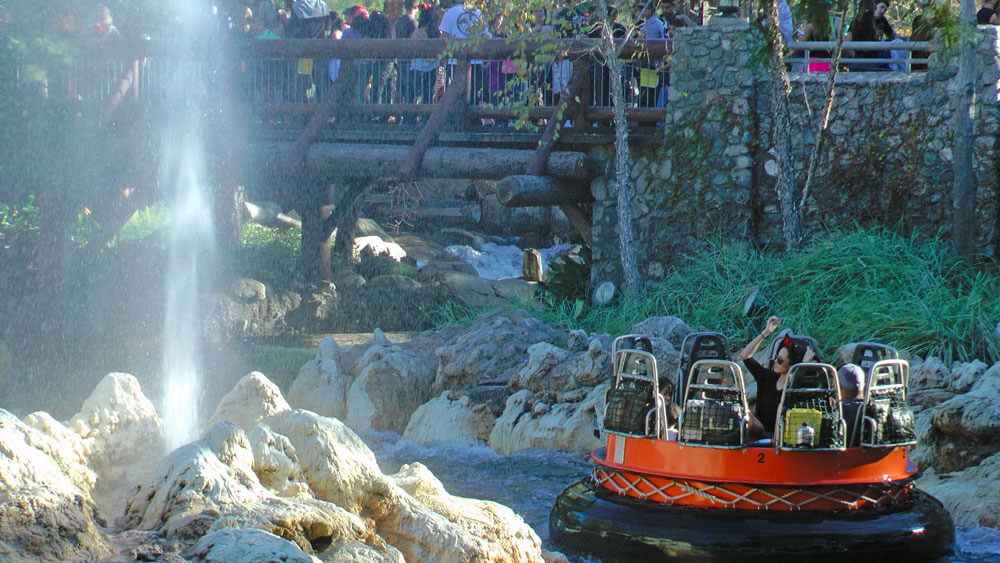 10. Use FASTPASS on the water rides or ride them early or late in the day.

With the summer heat in full effect, Splash Mountain and Grizzly River Run will see their highest crowds in the afternoon. Stave off the wait by using FASTPASS or by riding them earlier in the day or later in the evening.

11. Save the longer indoor rides and shows for the hottest part of the day.

During the afternoons when it's especially warm and crowds are at their peak, cool off inside on a longer duration ride or show. Pirates of the Caribbean, Soarin' Over California and "it's a small world" fit the bill. Use FASTPASS for the second two so you don't have to wait in line too long. See Frozen — Live at the Hyperion during the afternoon for a long, cool break.

12. Take a break in the afternoon.

When crowds are at their highest levels, have a break. This is when having a hotel close by comes in handy. Let the kids rest, swim or relax for a few hours. We stayed at Disney's Grand Californian on a hot summer day and it was so nice to take a shower before heading back to the park for nighttime entertainment. If you do not have a nearby escape, make dining reservations for an indoor restaurant during the afternoon such as Blue Bayou or Carthay Circle to get out of the sun and relax.

Don't let hunger creep up on you or the little ones while you're waiting in lines! Pack snacks such as dried fruit or crackers to keep the munchies at bay. Bring a refillable water bottle so you save on drinks and standing in line. 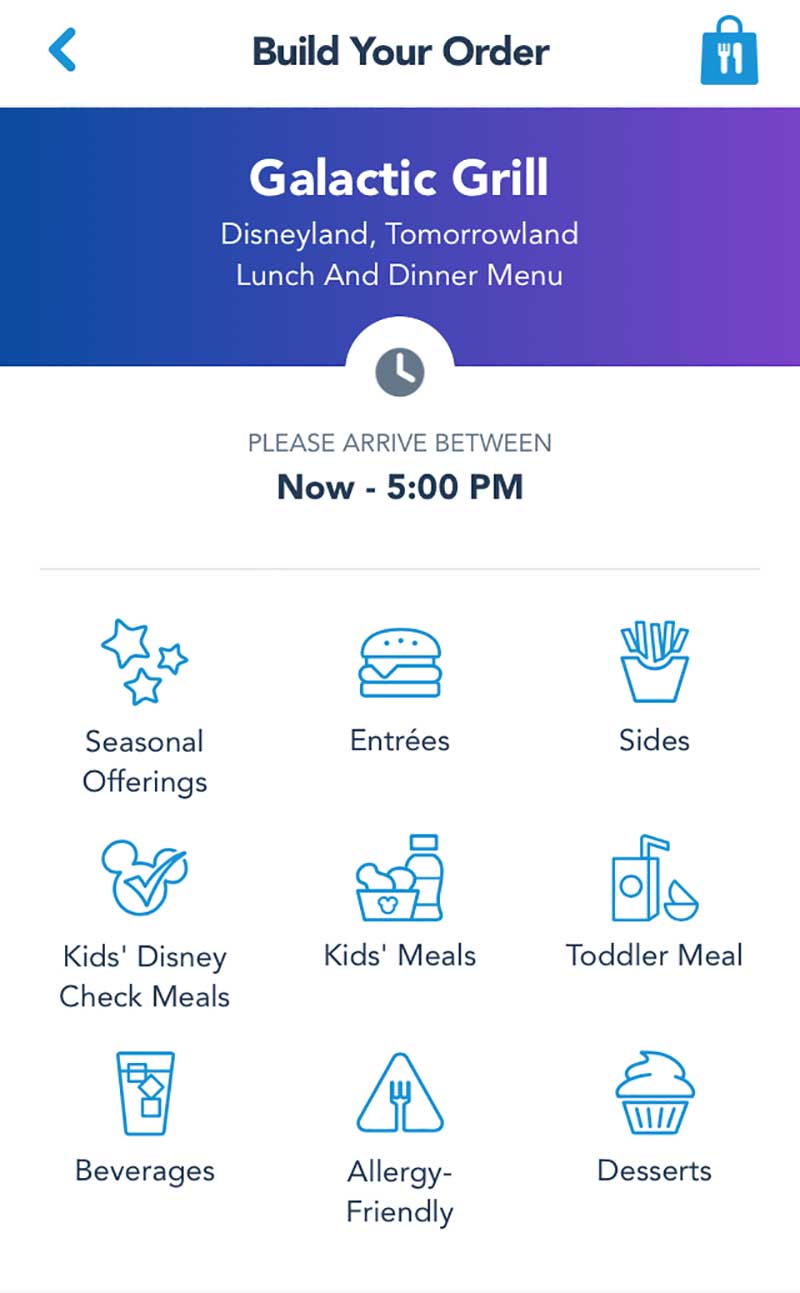 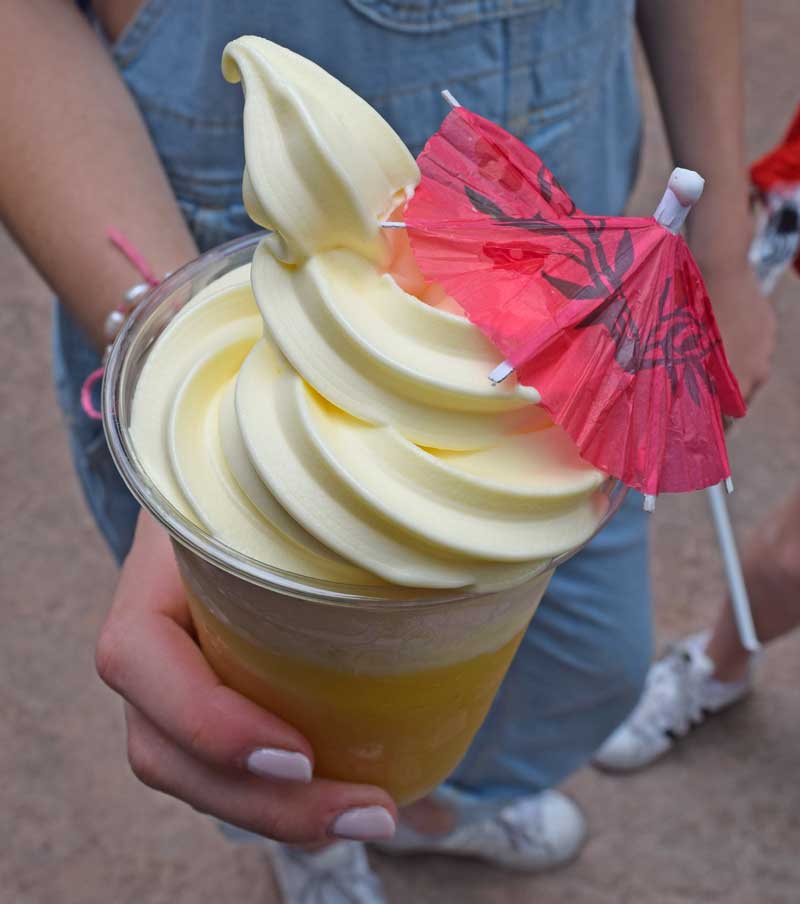 In the heat of summer, nothing beats an ice cream cone from Gibson Girl Ice Cream Parlor or a Dole Whip from the Tiki Juice Bar (both now offer Mobile Order)! You can find more Dole Whip flavors at Tropical Hideaway in Adventureland or lemon Dole Whip and ice cream at Adorable Snoman’s Frosted Treats at Pixar Pier. You may also find the colorful frozen Memory Refreshers extra refreshing at Bing Bong’s Sweet Stuff on Pixar Pier. 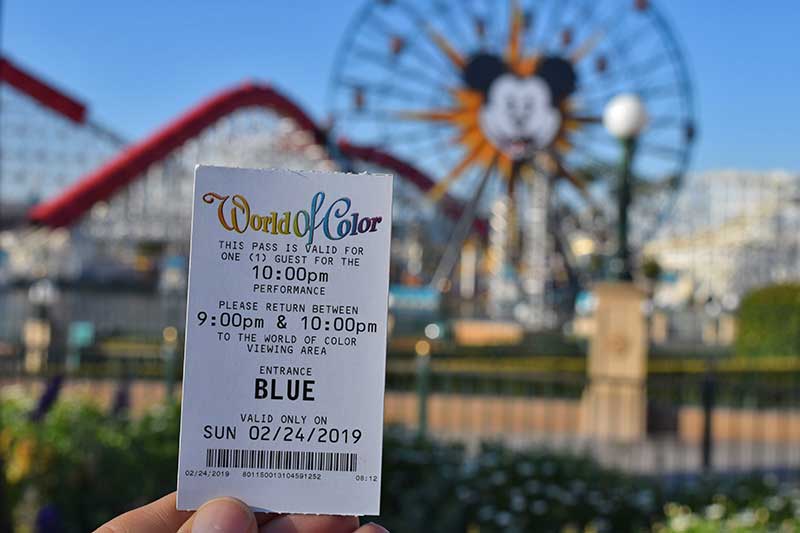 17. Get a FASTPASS for World of Color or Fantasmic!

It's free, and the FASTPASS isn't connected to the rest of the system, so getting one won't impact your ability to get another one. The passes guarantee you have a place to watch the shows. You can get a World of Color FASTPASS outside of The Little Mermaid, and we recommend getting them earlier in the day if there are two shows and you want to see the first. Another option is to book the World of Color dining package. Book a three-course, prix-fixe meal at Carthay Circle or Wine Country Trattoria for a voucher that accesses reserved viewing. Or, book the World of Color Dessert Party to enjoy treats and drinks while seated at tables during the show. You can collect a Fantasmic! FASTPASS at the Frontierland dock early in the day. Both shows also have great stand-by viewing if you are willing to hop in place early (about an hour and a half before show time). Fantasmic! offers dining packages, as well. 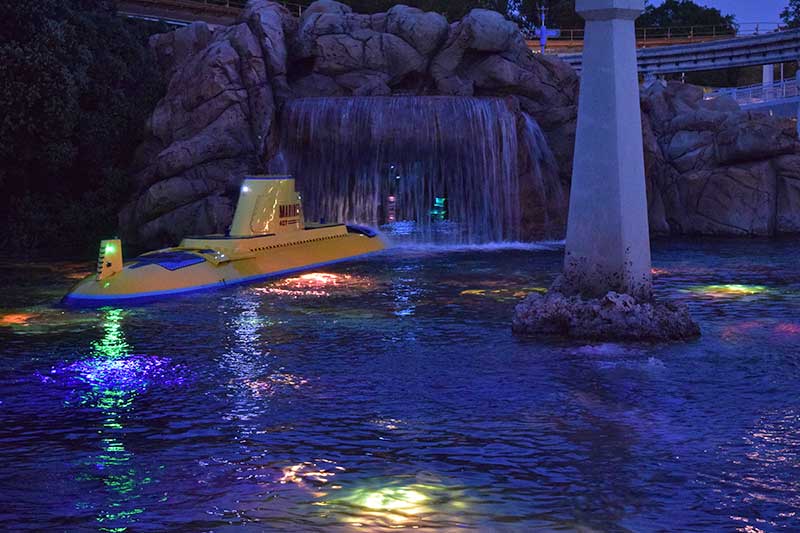 When the sun goes down, the fun begins! Especially during the summer months, at least one of the parks will be open late. With a break in the afternoon, you can come back to the park recharged and ready for even more hours of fun. Disneyland Resort nighttime entertainment is the best, with World of Color, Fantasmic!, fireworks and more!

19. If rides are a priority, skip the nighttime entertainment.

Now we wouldn't dare dream of missing Fantasmic! or World of Color, but if you're spending a few days at the parks, you might watch shows one night and then ride on the other. During Fantasmic!, rides like Pirates of the Caribbean and the Haunted Mansion have surprisingly short waits. 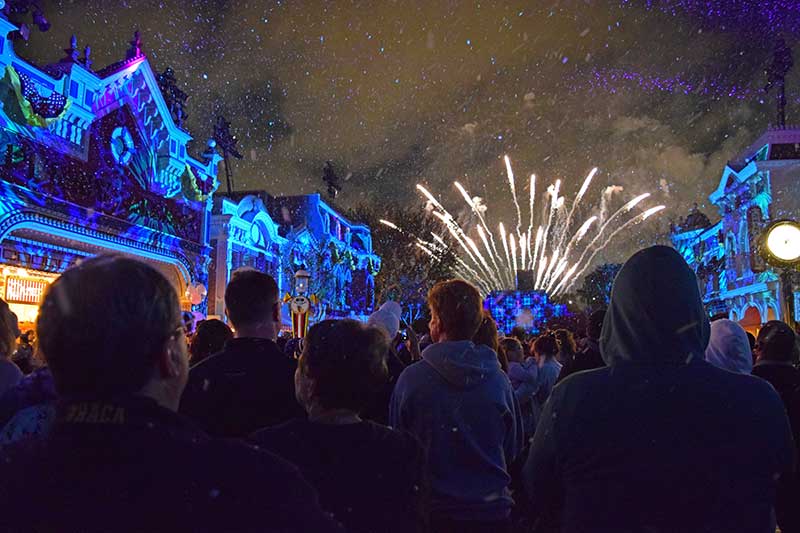 20. See the second parade or show at Disneyland in summer.

On some evenings, Fantasmic! and World of Color have two showings. Those second shows are always less crowded, so you have a better chance of getting a good spot without waiting as long.

We hope you've found these tips for Disneyland in summer most hopful. Have a tip we didn't mention? Share it in the comments below!

Related: Top Tips to Maximize Your Time at Disneyland