Where You Can Take Sensory Breaks at Universal Orlando

With all the exciting sights and sounds that Universal Orlando Resort has to offer, it's safe to say there's a lot going on! For some of us, that also means that it can be easy to become overwhelmed. The theme parks often draw in large crowds, especially during peak periods such as summer or holidays. For our frog friends with crowd anxiety or sensory processing disorders, we understand that a trip to an amusement park can be stressful. To help alleviate some of that stress, we’re hoppy to share a few places where you can take sensory breaks at Universal Orlando. These are our favorite secluded spots, so you can get away from the bustling crowds and hoppenings of the theme parks for as long as you need. Be sure to check out our Crowd Calendar so you can plan around the busiest times of the year!

Many of these spots do have music playing in the background, but you'll find some quieter areas between speakers. Even on the parks' busiest days, we found that these areas attracted very few people.

Where to Take Sensory Breaks at Universal Studios Florida 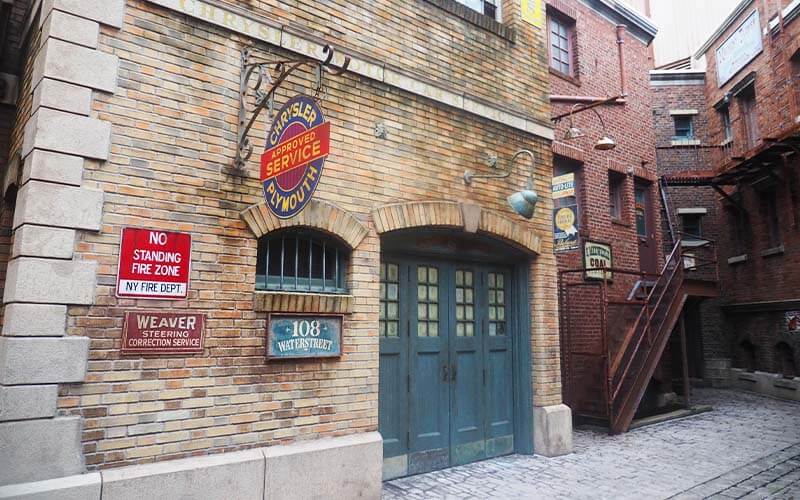 In the New York backlot area of the park, you’ll find that you can stroll through alleyways between the building facades. At one point, the paths wind together, almost like a maze, and you feel cut off from the rest of the park. You may run into some people posing for photos, but otherwise, it’s a generally quiet area. (Just be sure to stop by when the Blues Brothers are not playing. Even though the concert’s stage is located off of the main street, you’ll still be able to hear the music.) 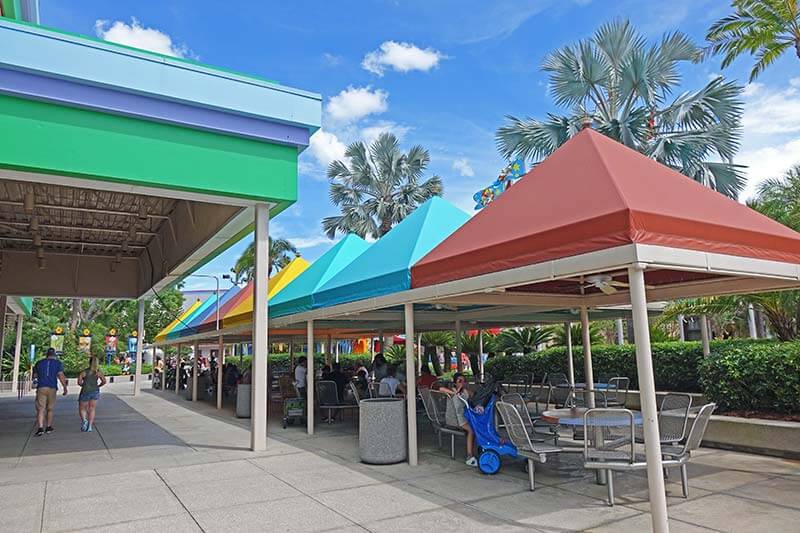 In front of the Animal Actors show, there is a large picnic pavilion where you can rest and get away from the crowds. It has ample seating, big tables (if you’re in need of a snack or a meal) and even overhead fans to keep you cool. Stop by in between showtimes so you don’t have to deal with people coming and going into the stadium or hearing the show itself. 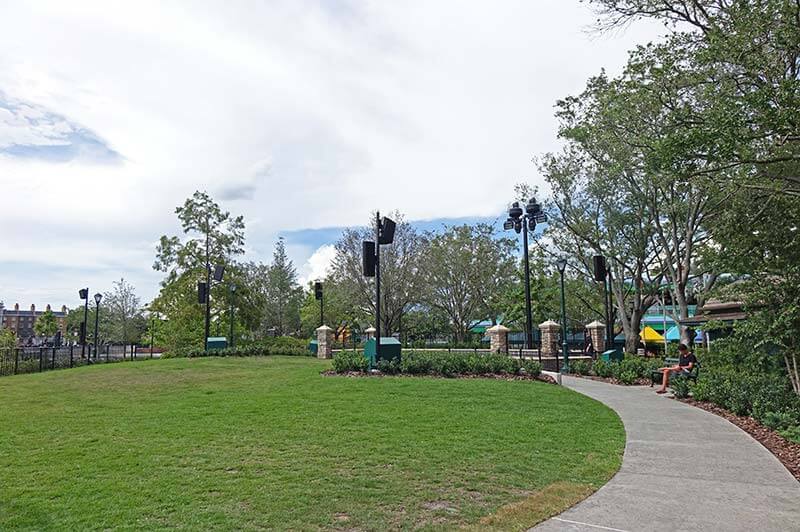 The real Central Park may be hoppin’ in New York, but the Universal Studios version of Central Park is much more secluded. Take a relaxing walk in the park, complete with lush greenery, shade, benches and waterfront views. Central Park is one of our favorite places for a pit stop when we need some quiet time to recharge, and it would work just as well for anyone who needs sensory breaks at Universal Orlando. You can enter either by Mel's Drive-In or across from the Animal Actors stadium.

While the corner of Sunset and The Embracadero South may seem hectic, look just beyond the trees and toward the water and you'll find Battery Park. With the sounds of the beautiful score playing outside of TRANSFORMERS: The Ride-3D and the views of the pristine lagoon, this double-level park has pure serenity. Grab a bench and take as long as you need before hopping on your next ride! 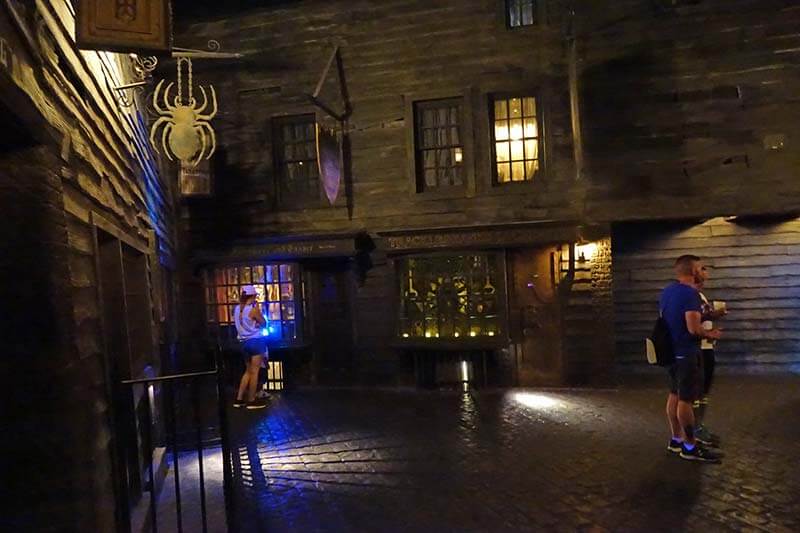 Walking through the Wizarding World of Harry Potter - Diagon Alley is a magical experience for any muggle or wizard. But unfortunately, there’s no spell to cast away the crowds, and with many shops to see and spells to do, there’s a lot of activity packed into this area. If you need a quick getaway in Diagon Alley, go to Knockturn Alley. There will be some foot traffic due to the gift shop, Borgin and Burkes, and a few interactive wand spots. However, it's cool and dark, and you can sit on a bench for a moment to escape the larger crowds outside. 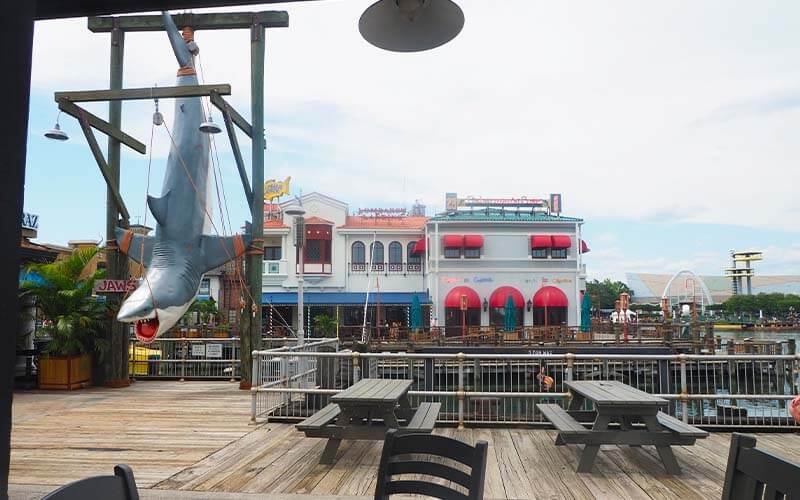 Head toward the giant shark and keep walking. Just behind Richter's Burger Co. is a beautifully secluded spot, with tons of chairs and tables, that's situated over the lagoon. Reminiscent of a relaxing San Francisco pier, what makes this spot so special is the music that plays over the speakers. From Frank Sinatra to Train and everything in between, this is a great location to have a meal and make you froget you're in a theme park for a little while.

We know this isn’t a place to take a sensory break, but we thought we’d let you in on an insider tip and mention Universal Studios Florida’s side entrance. Instead of fighting the crowds and lines at the main entrance’s turnstiles, walk over to the former Blue Man Group auditorium. Over to the right side, there will be at least one team member who can check your ticket and scan your finger. You’ll enter the park between Despicable Me Mayhem and Universal Studios Store. The main downside is that it’s not always available — and if it is, it opens up a couple hours after the park does (usually around 11 a.m.). So, it can be a hit or miss.

Where to Take Sensory Breaks at Universal's Islands of Adventure 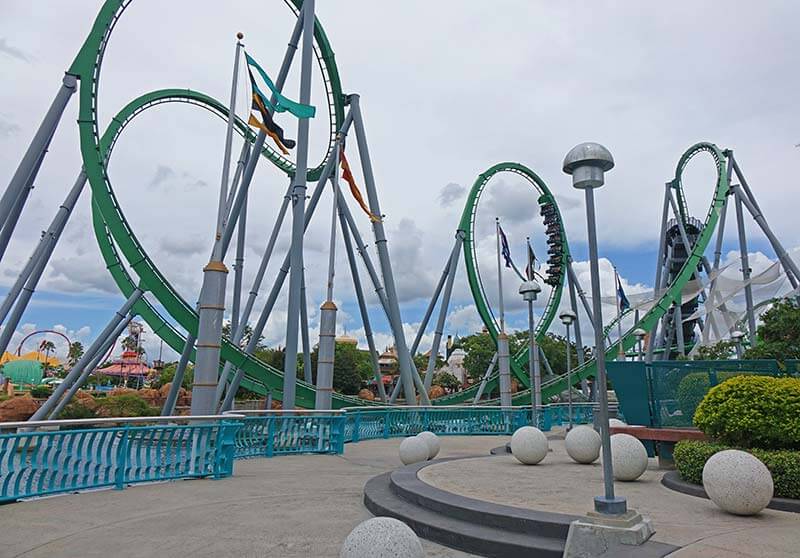 I'm just mentioning it now: many of these serene spots for sensory breaks at Universal Orlando are by the lagoon. First up is the Marvel Super Hero Island's waterfront. Stairs lead you down from the main path to an area that overlooks the rest of the park. It's hardly ever crowded, and you'll get Instagram-worthy shots of The Incredible Hulk. Captain America Diner has plenty of outdoor seating in this area, as well. 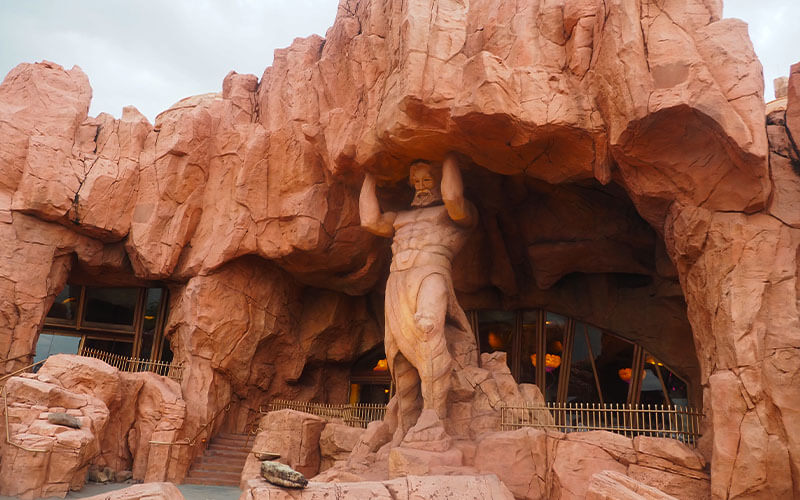 The walkway behind Mythos (a frog-favorite, table-service restaurant) is a nice spot for lagoon views and a breather from crowds. Take the off-beaten path, which includes short bridges, waterfalls, cool rock formations and massive statue carvings. Listen closely: You may hear a troll under one of the bridges. Few people explore this area — either they’re eating inside or passing through the Lost Continent to get to the Wizarding World of Harry Potter - Hogsmeade. It's also one of our favorite places to catch a gorgeous Central Florida sunset. 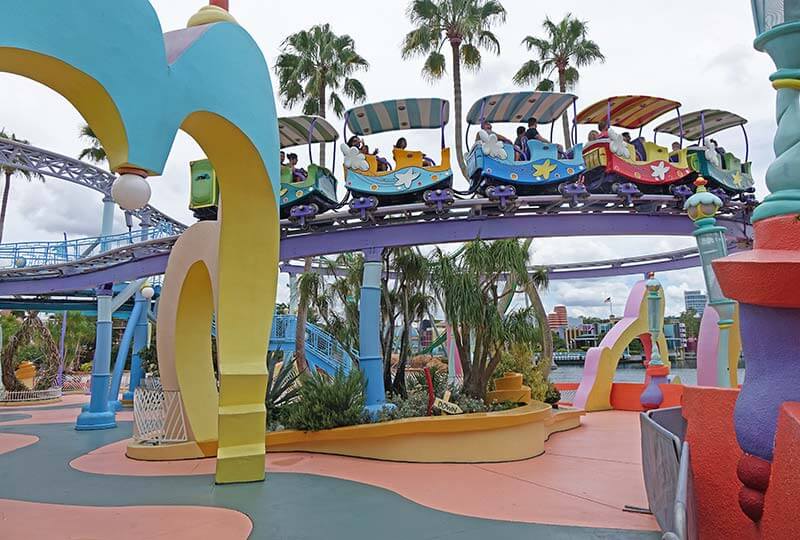 In Seuss Landing, there isn't a straight pathway to be found. Many frogs hop along the main winding walkway through the whimsical land. But if you veer off to the side (on your immediate left if coming from Port of Entry, or on the right if entering from the Lost Continent), you can enjoy a less-crowded side street. Along the way, watch out for the incredibly detailed Sneetch Beech by the waterfront. You may even catch some Sneetches swimming in the water! This path also has some spots to sit down in the shade.

Me Ship, The Olive Trail 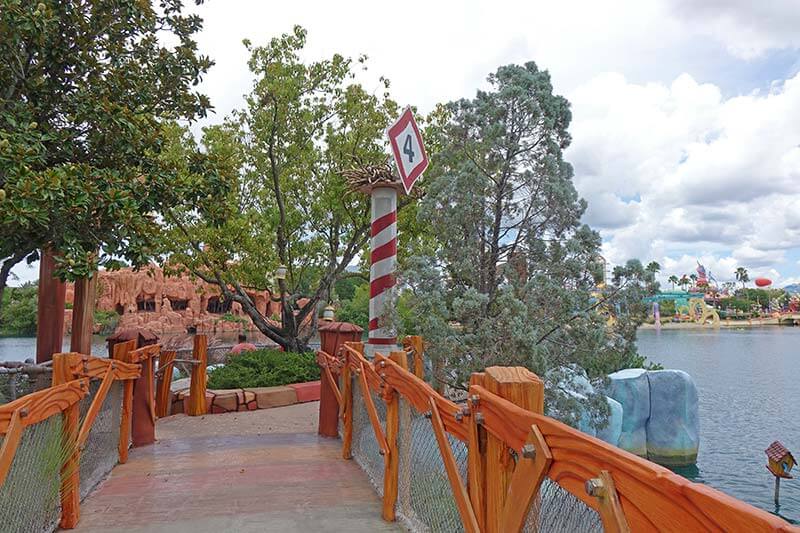 As one of our hidden gems, Me Ship, The Olive is tucked away in Toon Lagoon near the waterfront. Aside from the three-story, ship-themed playground, there is yet another twisty trail that overlooks the lagoon. Whenever we walk around this area, we’re usually the only ones (or a few others at most). If you’re a fan of Popeye’s, keep an eye out for small gags, such as Plymouth Rock and the School of Fish. 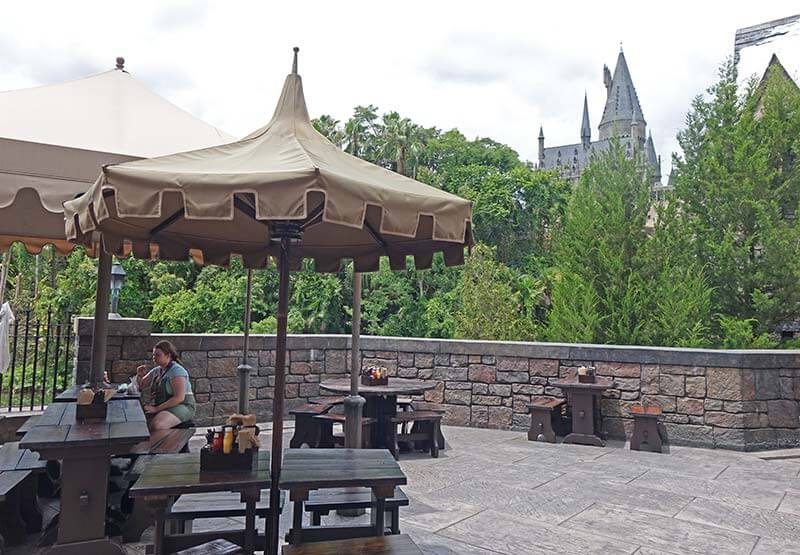 If it’s not a super busy day, the outdoor patio with covered tables behind Three Broomsticks in Hogsmeade is a frogtastic spot to take a sensory break at Universal Orlando. There’s nothing that beats Hogwarts Castle in the background while you have a moment to recoup. You may even want to sip on a Butterbeer or Pear Dazzle while you’re there. Instead of waiting in the Three Broomsticks line, hop over to neighboring Hog’s Head, where you can get Butterbeer and other drinks on tap at the bar. Although now, you may hear screams from the brave frogs riding VelociCoaster.

We're hopful that these spots can provide a quiet spot for you to get away from the crowds and sensory overload often found at the parks. Let us know if you have any favorite places to take sensory breaks at Universal Orlando in the comments below!