Top Tips for Going to Universal Orlando with Teens and Tweens 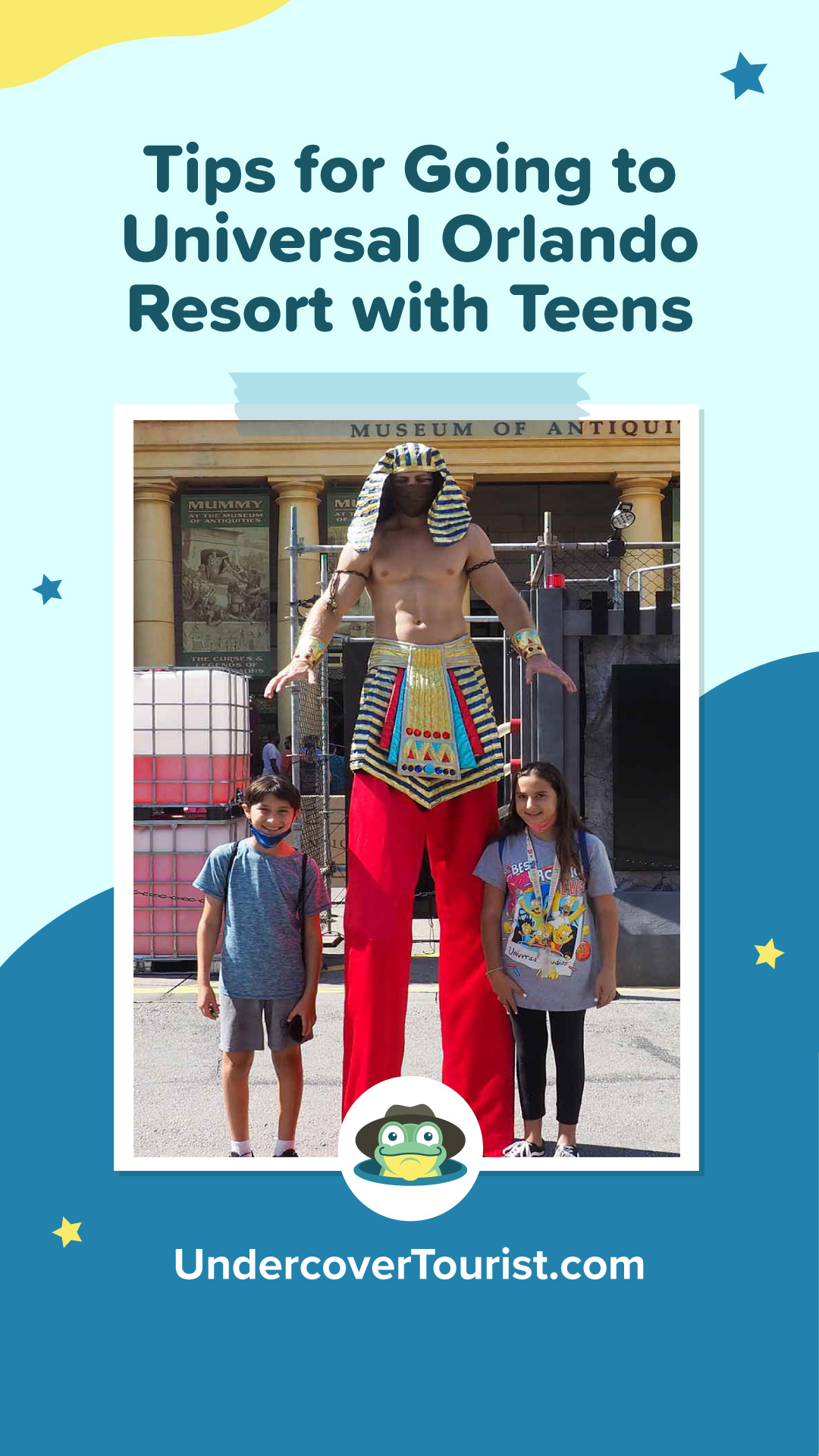 Top Tips for Going to Universal Orlando with Teens and Tweens

The Universal Orlando theme parks offer rides for every age group, but we think they are an especially good fit for the tween and teenage groups. As much as Tad loves Walt Disney World, the ride expert himself would say Universal has a tad more thrill rides that appeal to his age group. In fact, over at Universal’s Islands of Adventure, The Incredible Hulk Coaster became Tad’s very first “big kid” roller coaster with inversions … and he has loved thrill rides ever since! The new Jurassic World VelociCoaster provides another intense, high-speed option for your fearless froglets. 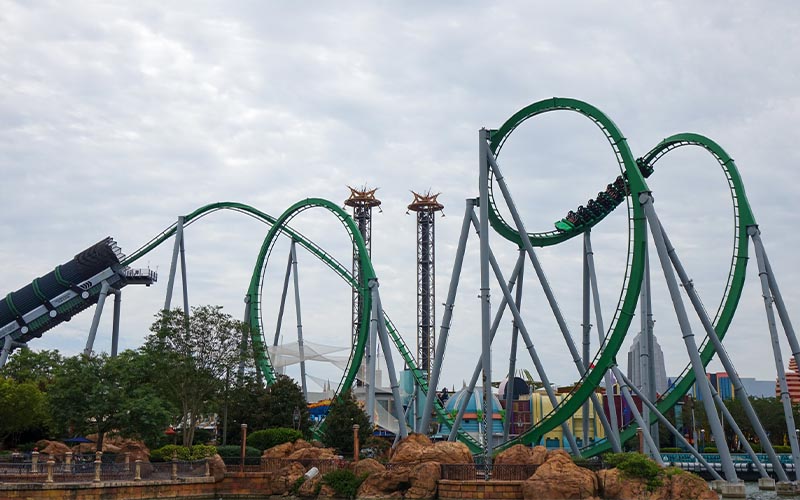 Universal Studios Florida’s simulator rides can allow tweens to ease into the bigger thrill rides. They’re old enough to understand how those rides actually work, and then they can work their way up to riding Revenge of the Mummy and tackling Hollywood Rip Ride Rockit. 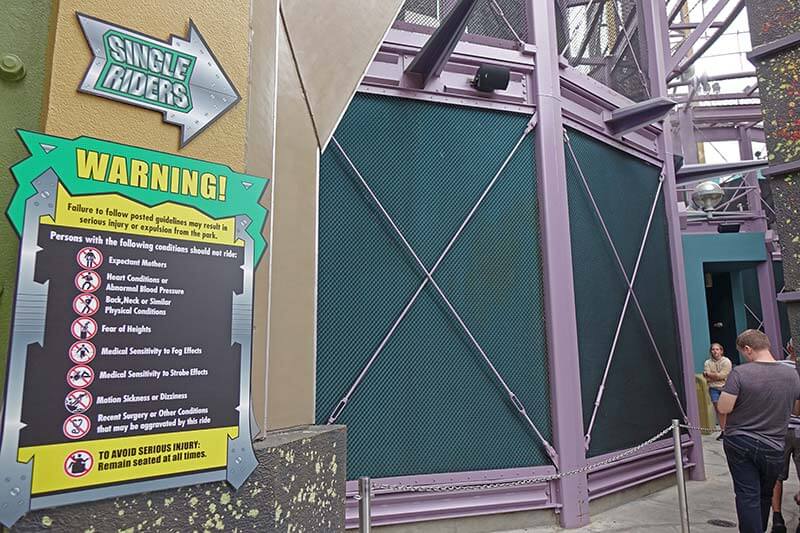 At Universal, certain rides have separate queues for single riders and groups who don’t mind being split up while on the ride. As long as you’re tall enough to meet the height requirements, anyone can take advantage of the Single Rider lines. That said, we can toadally relate if you do not want to let your younger tadpoles out of your sight, even if they may be tall enough. Tweens and teens, however, are generally old enough that they don’t mind riding with strangers … in fact, they may even prefer it over sitting next to Mom and Dad ;)

It might seem strange to split up on a ride (after all, you’re here on a family vacation), but it can save you a lot of time! Some of the Single Rider lines can even cut wait times in half. Rest assured, it’s only for the ride itself — your frog squad stays together until the ride’s loading station. Just be sure to coordinate a meet-up spot so you can regroup after the ride.

When your hungry teens all want something different for lunch or dinner, make life simple and use the mobile ordering function through the Universal Orlando app. You can easily divide and conquer mealtime by ordering your food ahead of time and picking it up when you’re ready to eat. This way, you can simply link one credit card instead of handing out cash to every person in the family. Plus, you’ll save extra time since you’re not waiting in multiple lines. If you’re hungry for more details, we’ve written a separate post about how this process works and which restaurants offer mobile ordering!

Indulge in Themed Snacks and Food 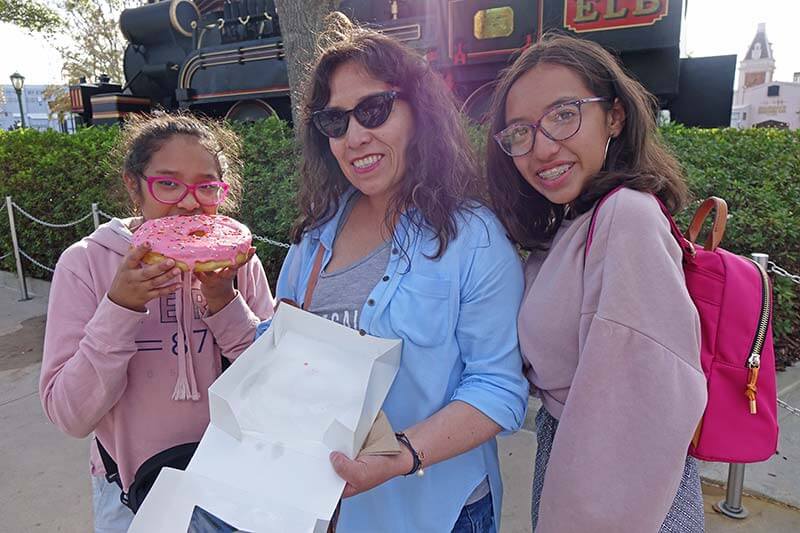 Speaking of food, finding grub shouldn’t be hard when going to Universal with teens and tweens. While you can easily find typical theme park food such as cheeseburgers and pizza, you also have the option to chow down on themed foods such as Cottage Pie or Bangers & Mash at the Leaky Cauldron. If you have hungry teens in tow, the Great Feast at the Three Broomsticks in Hogsmeade will satisfy their growing appetite.

As for snacks, Springfield U.S.A. is home to the Flaming Moe (a nonalcoholic drink) and the Big Pink, a mega-sized doughnut from Lard Lad Donuts. Despicable Me fans can find minion-inspired caramel apples and s’more treats. Of course, you can’t froget about Butterbeer! Your teens will definitely want to post about their photogenic snacks on Instagram or TikTok. If they need more #inspo, check out our list of the best snacks at Universal. 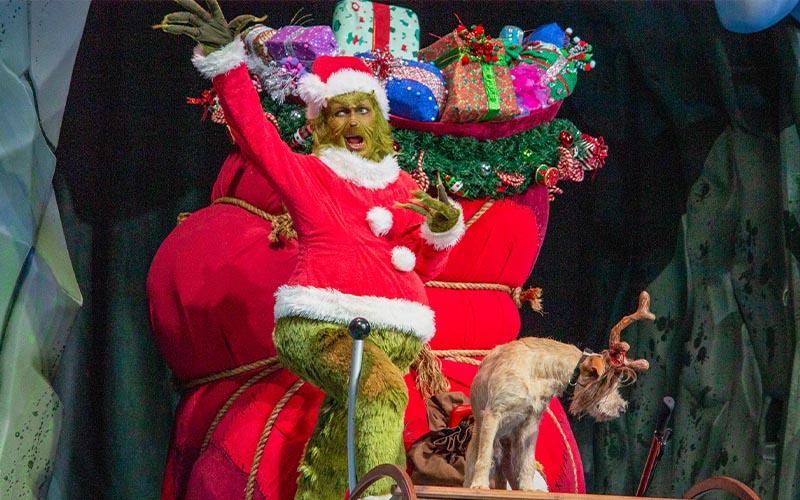 If you’re going to Universal Orlando with teens and tweens, consider planning a trip around the resort’s special events. Universal offers a fun lineup of events year-round, kicking off with Mardi Gras in the spring. In addition to the festive parade and Cajun-style food, the Mardi Gras concert series brings a couple of pop singers or bands that the froglets love. In 2019, Lily and Tad sang along to Sabrina Carpenter and Bazzi, while Leap and I were officially deemed "too old" to know them.

Do your teens love horror movies? It could be time for their first Halloween Horror Nights event. It’s not recommended for children under 13, but if they can handle the thrills and chills, they’re in for a terribly entertaining night. If you’re traveling around the holidays, be sure to check out Christmas in the Wizarding World and Grinchmas in Seuss Landing where you can meet the viral sensation himself, the Grinch! 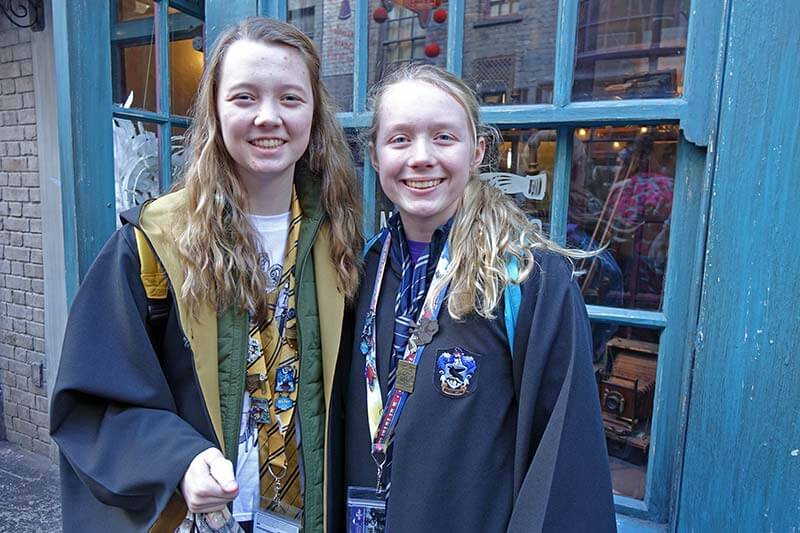 Like Tad, many teens and tweens have grown up reading the Harry Potter books or watching the film series. I’ll never froget the look on his face when he stepped inside The Wizarding World of Harry Potter for the first time! Because Hogsmeade and Diagon Alley take up a considerable chunk of the theme parks, we recommend spending extra time exploring all of the nooks and crannies, especially if your teens are huge Harry Potter fans.

While all of the rides are toadally awesome, fans will appreciate the small nods and hidden easter eggs found in the shops, restaurants and even the bathrooms — yes, Moaning Myrtle lurks in the toilets at Hogsmeade. But perhaps best of all, you’re never too old to use an interactive wand! The Wizarding World of Harry Potter is incredibly immersive, and teens will surely appreciate the magical feeling of seeing a story from their childhood brought to life.

Have an External Charger on Hand

You know how teens these days can’t live without their phones, so make sure you remember to pack an external phone battery charger. It’s much better to bring your own from home or buy a better quality one from Amazon. However, if you find yourself in a pinch, Universal Orlando has FuelRod kiosks at the parks. FuelRod is a reusable, portable battery system that provides you the initial charging device kit (the charger and USB adapters) for $30. Then, when the FuelRod charger runs out, you can swap it at a kiosk for a fully fueled one for $3.

Get a Park-to-Park Ticket 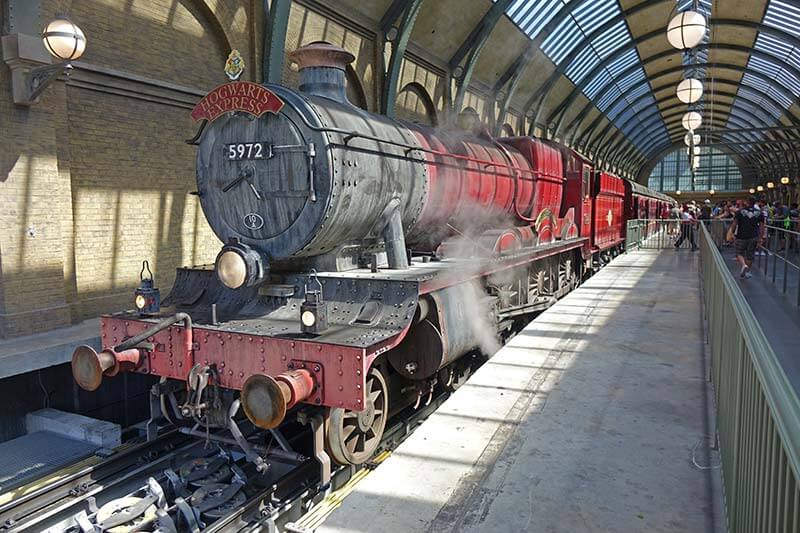 It’s easier to plan for long days at the parks now that the kids are old enough and have more energy. Those stroller days are over! A Park-to-Park ticket will let you see more in the day if you want to hop between parks. You’ll need it if you want to ride the Hogwarts Express and see both Hogsmeade and Diagon Alley in one day. 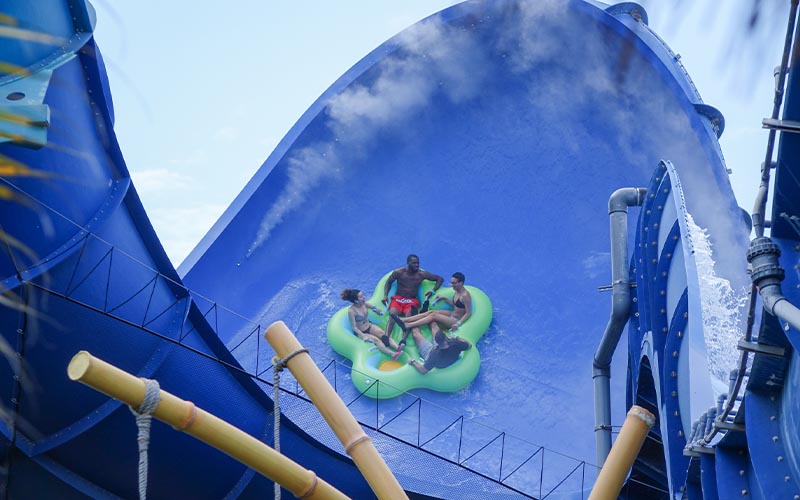 Universal's Volcano Bay is the resort's water theme park, and we definitely think it’s a paradise worth escaping to. It has the usual features of a water park (you know the drill — a lazy river, a wave pool and water slides). But if your daredevil teens want to kick it up a notch, they can ride the Krakatau Aqua Coaster or take on the Kala & Tai Nui Serpentine Body Slides, which release you into the clear tubes through a trapdoor underneath you.

Stay at a Universal Orlando Hotel

All of Universal’s hotels are a short hop away! Staying on-site makes things much easier in the morning when you try to get your tired teens up earlier than they’d probably want to be. You’ll also receive perks such as Early Park Admission and — at select hotels — free Express Unlimited passes. Universal’s Aventura Hotel (as low as $185 a night), Universal’s Cabana Bay Beach Resort (as low as $185 a night) and Universal’s Endless Summer Resort — Surfside Inn and Suites (as low as $128 a night) all have spacious, affordable family suites that can provide more privacy with a partition or an extra room to stretch those frog legs.

Do you have any additional advice for going to Universal Orlando with teens and tweens? Leave them in the comments below!