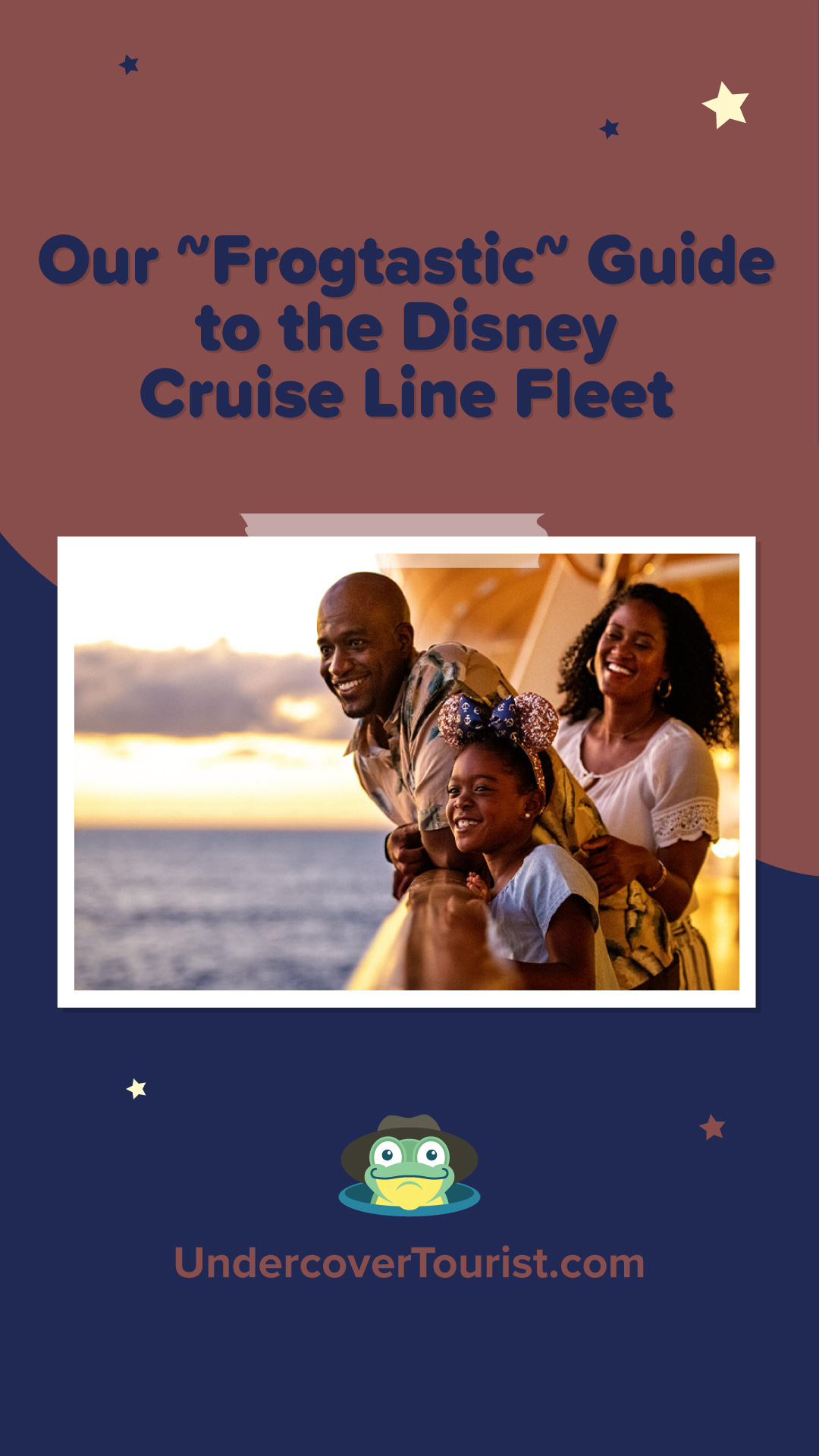 Disney Cruise Line (DCL) is setting sail once again and we frogs are hopping with excitement to get back out on the water! With four ships and a wide variety of exciting destinations to choose from, any voyage on DCL is sure to be unfroggetable. Each ship is magically unique — from the staterooms and dining options to the recreational facilities and character interactions — but while we've already broken down what sets each ship apart, we thought we'd share what you can expect to find onboard regardless of which ship you choose! No matter how old your tadpoles are or if you're a sea-soned cruiser or not, world-class amenities, can't-miss experiences and thrilling adventures await you on your Disney Cruise.

It shouldn't come as a shock to anyone that Disney Cruise Line has top-tier entertainment. So many childhoods across the world are shaped by Disney movies, the characters that inhabit them and the music that accompanies them. DCL brings its passengers into the worlds of their favorite films in exciting and magical ways. With so many entertainment options aboard this fleet, the only stressful thing might be choosing what to experience next! 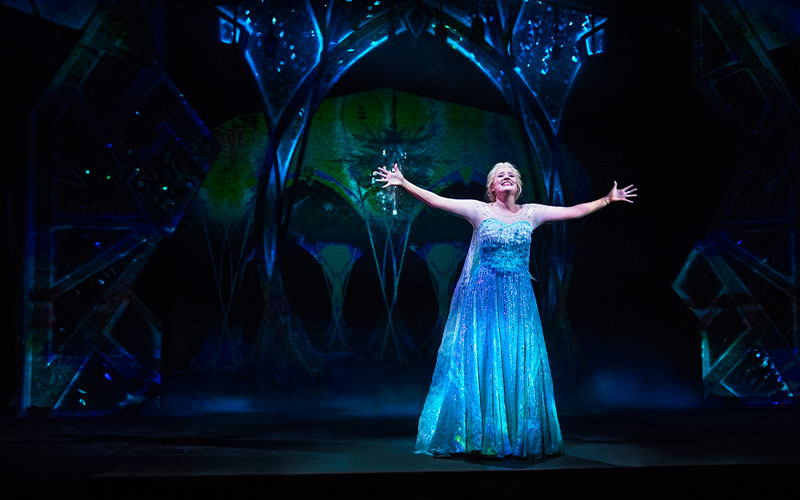 Disney is no stranger to award-winning musicals. Luckily, you don't have to go to Broadway to get a taste of that theatrical magic. Whether you're in the mood for musical adaptations of your favorite Disney movies or fun, new variety shows that you won't find back on land, Disney Cruise Line has it all!

Onstage isn't the only place you get to see your beloved Disney characters! Disney Cruise Line has a wide variety of meet-and-greets that allow you to interact with your favorite princes and princesses, heroes and villains, sidekicks and henchmen, and, of course, the iconic Sensational Six. 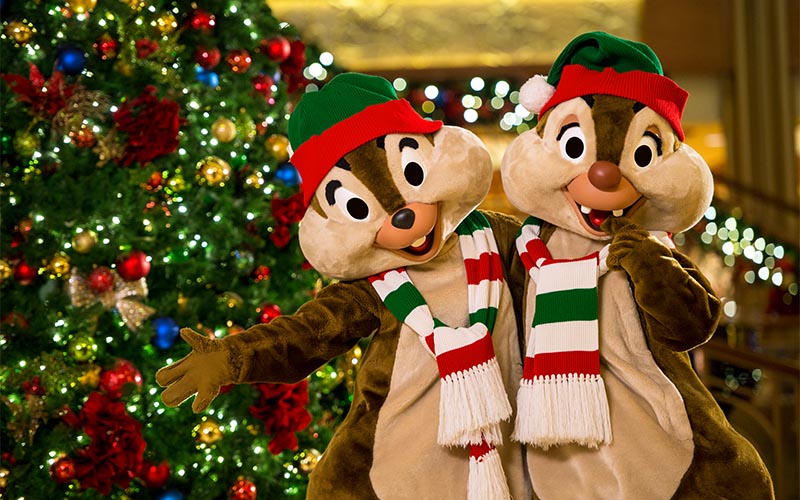 There's nothing more magical than spending the holidays with your loved ones and, boy, does Disney know how to celebrate! Join in on the festivities on the high seas — which include your favorite characters, dazzling entertainment and delectable meal offerings — aboard any ship on the DCL fleet.

One of the best parts of any vacation is the cuisine. It's no different aboard a Disney Cruise. With menus created by world-class chefs and restaurants ranging from fine dining to casual, DCL's vast array of dining options don't disappoint. Get ready to feast on exquisite cuisine in magical environments that will transport you to various locations around the world, back in time or even into your favorite Disney stories.

Disney Cruise Line's Rotational Dining system lets you eat at one of three restaurants for any given meal while your servers follow you from venue to venue. This allows you to try delicious new menus catered to your tastes in uniquely themed settings for breakfast, lunch and dinner throughout the duration of your voyage.

Get away from the tadpoles for a night or two and enjoy romantic dinner destinations that cater exclusively to adults.

Disney knows stomachs don't always run on a schedule. That's why there's plenty of casual dining options aboard the DCL fleet to choose from!

For a little extra green, tadpoles and grown-up frogs alike can take part in a unique culinary experience onboard your cruise. 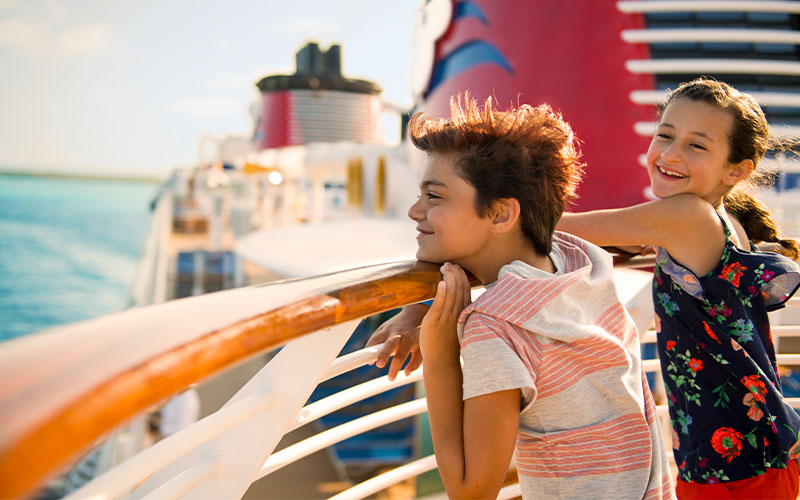 Take the day or evening off and drop your tadpoles ages 3 to 17 at one of these larger-than-life play stations chaperoned by trained counselors. These youth clubs found on every ship on the DCL fleet are great places for tadpoles to make friends and enjoy character greetings, games, arts and crafts, themed parties and more! 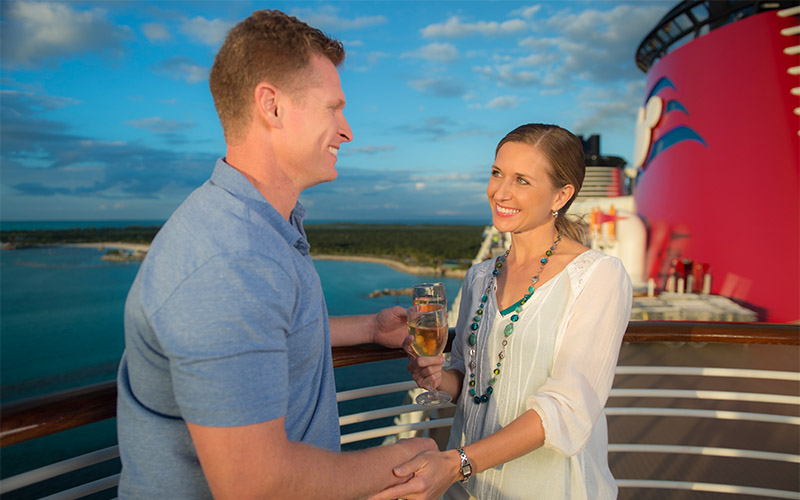 While counselors are entertaining the tadpoles, frogs 18 and up are invited to cut loose at any of the various nightclubs and lounges created just for adults. Sip on a beverage, cheer on your favorite sports team or dance the night away at these hotspots where adults can find their own paradise at sea. 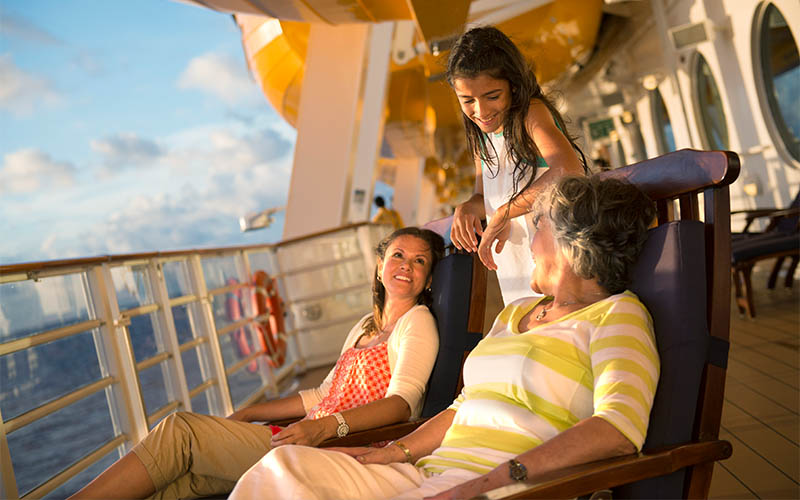 Whether you're looking for a quick and relaxing place to grab a bite to eat or are ready to settle down for some fun for all ages, Disney Cruise Line has several venues on their ships that are perfect for the whole family! 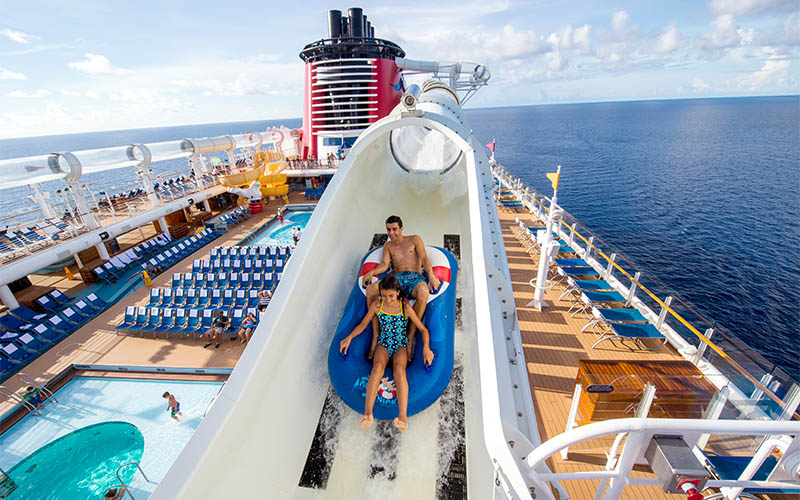 If there's one image cruises normally conjure, it's relaxing on the pool deck and soaking up some rays. Disney Cruise Line knows how integral pools are to the cruising experience. That's why you'll find freshwater pools, aqua play areas and waterslides galore onboard your ship — perfect for any age group!

Experience pure bliss, indulgent luxuries and inner contentment at Senses Spa & Salon, a lavish retreat at sea with a multitude of spa and beauty treatments and a breathtaking ocean view. This relaxing haven found on every ship on the DCL fleet features rainforest-themed aromatherapy steam rooms, a dry sauna fashioned after a Roman bath, private luxury villas and so much more. Along with classic spa treatments such as massages, body wraps, facials and aromatherapy and traditional salon treatments such as teeth whitening, manicures, pedicures, hairstyling and traditional men’s grooming services, Senses offers some magically unique personal care services for men and women.

Frogs looking to keep shipshape during their voyage will have no problems finding ways to get active onboard their Disney Cruise. DCL boasts a state-of-the-art fitness center and open-air sports deck that has everything you need to work up a sweat while at sea. 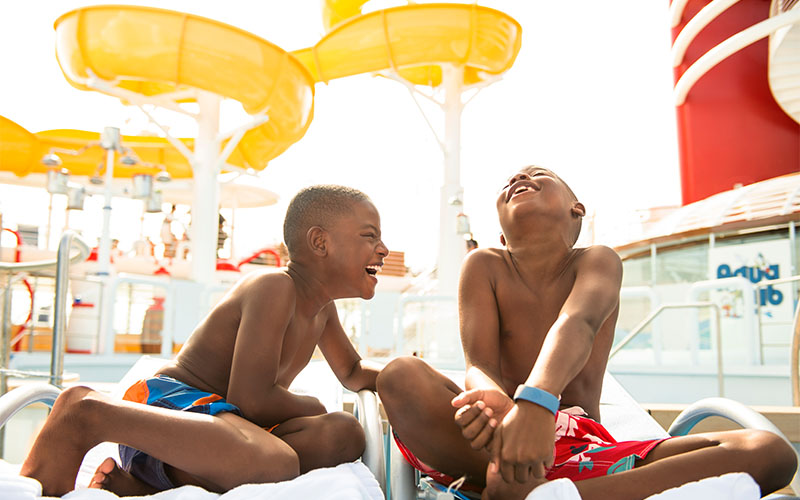 With so many experiences and opportunities onboard the ships, you may never want to leave — but don't froget to soak in all the discoveries, adventures and cultures that await you wherever you dock. No matter where your travels take you, Disney Cruise Line's marriage of legendary service and immersive storyline will no doubt create memories that will last a lifetime.

Have you gone on a Disney cruise? If so, what's your favorite thing you've done on the fleet? If not, what are you looking forward to the most? Let us know in the comments below.