Everything You Need to Know About Disney Cruise Line 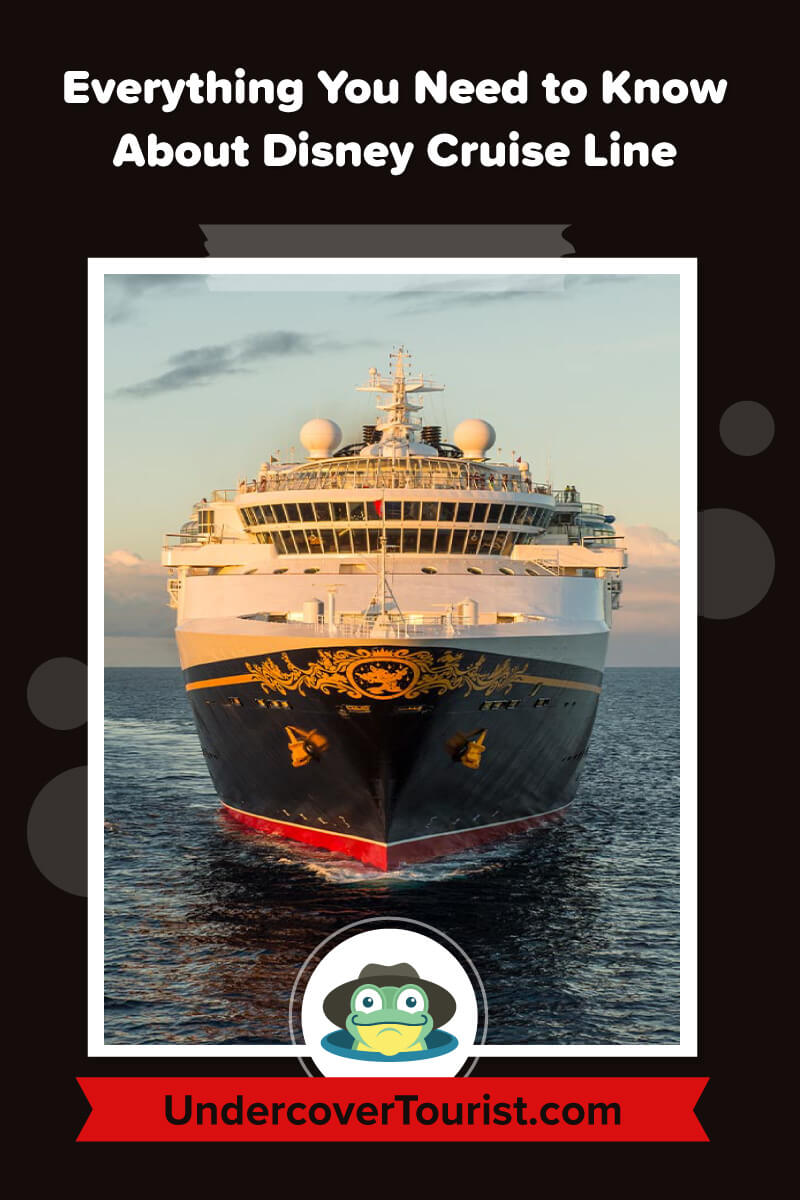 On July 30, 1998, the Disney Magic set sail for the first time and the Seven Seas were never the same. Paying homage to the grand era of the luxury ocean liner, the ships of Disney Cruise Line (DCL) pamper voyagers with state-of-the-art amenities, world-class service and Disney's famous pixie dust on every deck en route to a variety of enchanting ports of call. Disney Cruise Line isn't just the perfect choice for your tadpole's first trip out to sea. These ships cater to frogs of all ages and feature restaurants, nightclubs, shops and recreational facilities that are sure to make your vacation one you'll never froget!

Disney Cruise Line currently operates four ships — the Magic class, Disney Magic and Disney Wonder, and the Dream class, Disney Dream and Disney Fantasy — with a fifth on the way in 2022 — the first of the Triton class, Disney Wish — and two more setting sail in 2024 and 2025, respectively. Every ship features Wi-Fi in staterooms and public spaces, allowing guests to surf the web at sea and stay connected to their fellow frogs back on land. These ships are also the only place on the water where you'll find first-run feature films, including films in 3D, with movies premiering the same day at sea as they're released on land. Every ship also boasts an entire deck of space dedicated to age-specific tadpole activities and swimming pools that are heated when the temperature drops below 75 degrees Fahrenheit. While those are already some frogtastic features, every ship is magically unique, so let's break them down and get to know the fleet a little better! 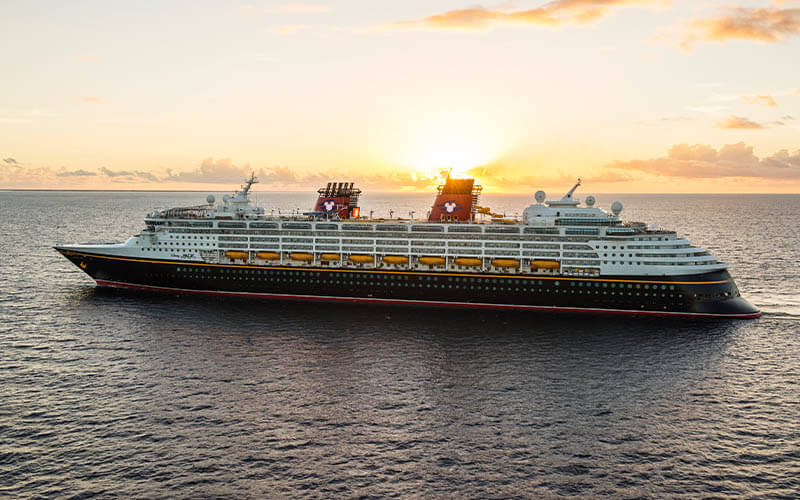 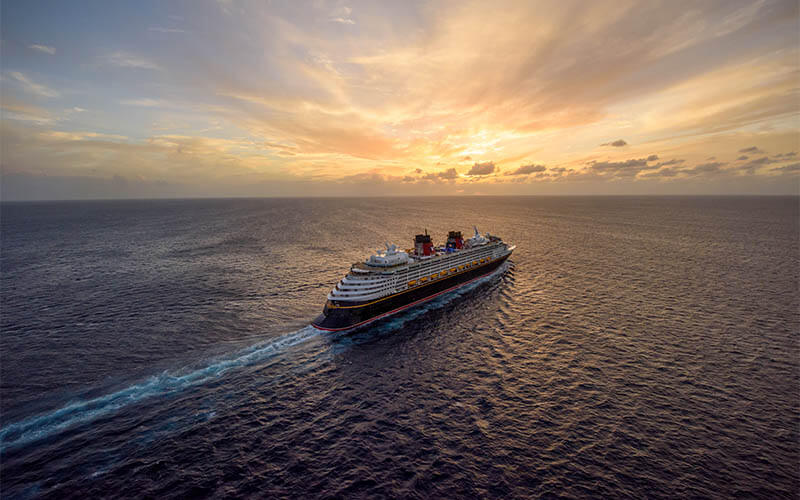 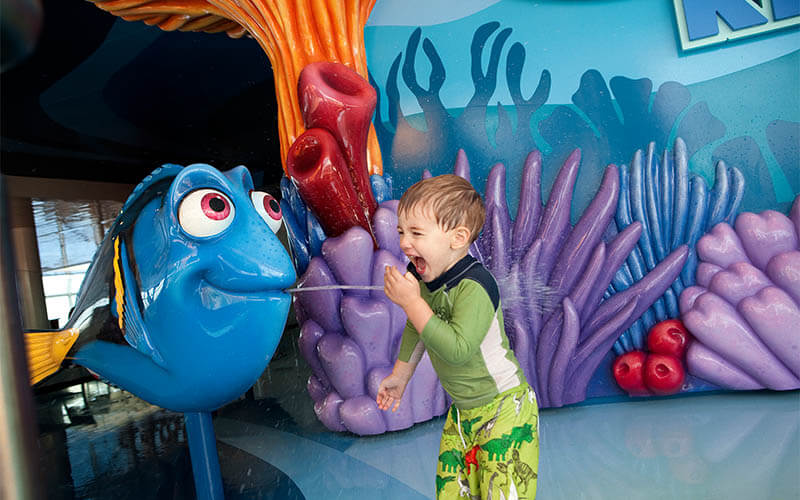 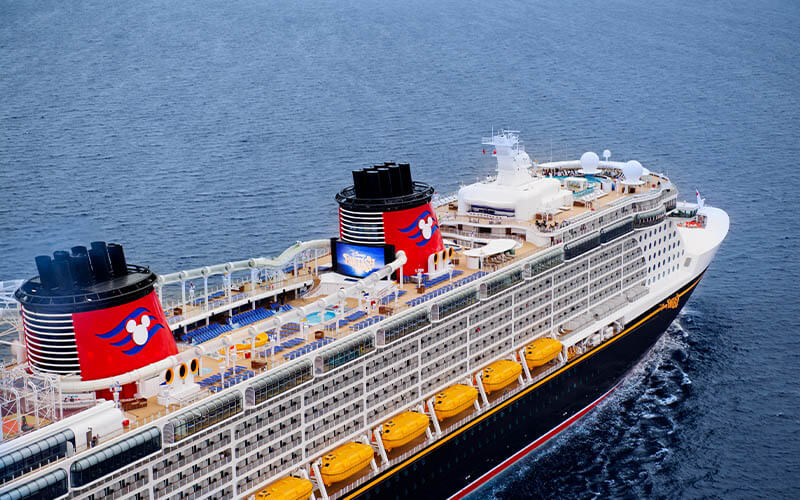 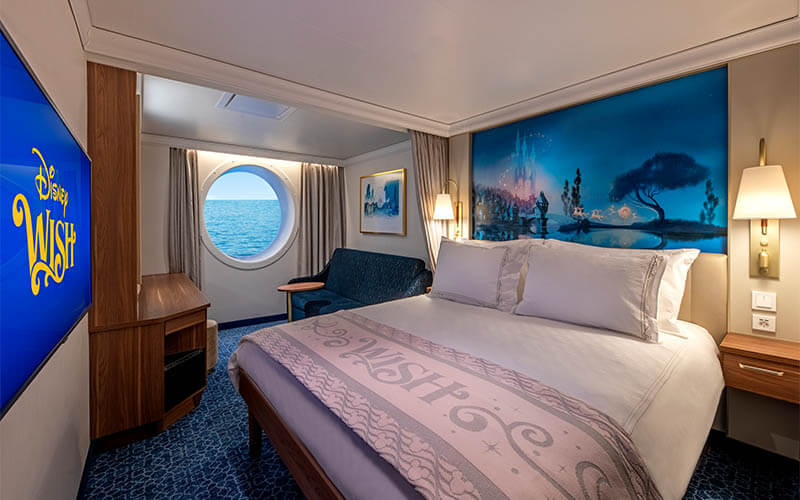 Setting sail June 9, 2022, is the fifth ship in the DCL fleet, the Disney Wish. Its godmother is Abigail Disney and its home port will also be Port Canaveral, Florida. This beauty has Captain Minnie painted on the bow, a statue of Cinderella in the atrium and a statue of Rapunzel hanging from the aft. The 1,254 staterooms include 53 concierge staterooms and 23 concierge suites, 1,113 outside staterooms — 948 of which have verandahs and 185 of which have an ocean view — and 121 inside staterooms. The Disney Wish will feature restaurants, immersive spaces and experiences themed to Disney, Marvel, Star Wars and Pixar characters and adventures, plus the first-ever Disney attraction at sea. It's worth diving into more of the amazing details about this enchanting ship — hop over to our full blog post for more!

Among these impressive features, Disney Cruise Line has racked up some notable firsts for the cruise line industry. DCL was the first cruise line to: 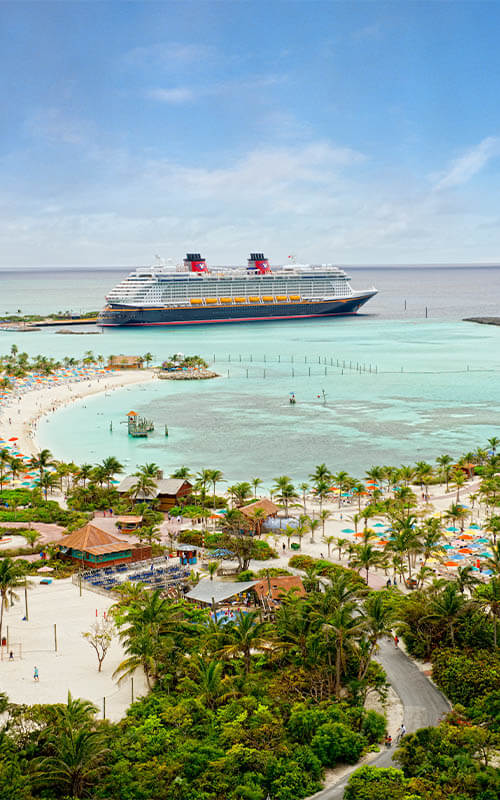 That private island is Castaway Cay, a 1,000-acre private island with turquoise waters, powdery white sand beaches and swaying palm trees that is exclusive to Disney Cruise Line guests and a favored stop on all Bahamian and Caribbean itineraries. Here you'll have access to: 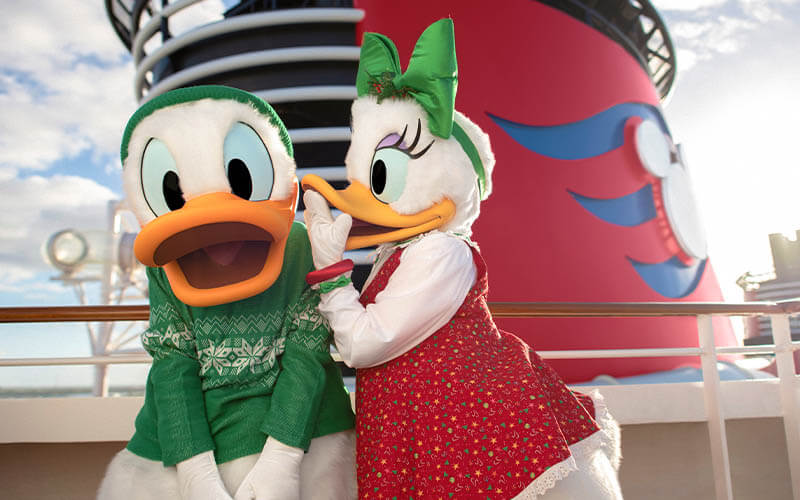 In fall 2021, Disney Cruise Line returnedd to favorite destinations on a variety of itineraries, including sailings to the Caribbean, the Bahamas, Mexico, Bermuda and Canada. Throughout the season, families can enjoy an extra sprinkling of holiday fun with itineraries featuring Halloween on the High Seas and Very Merrytime Cruises across the entire fleet.

This Frog Fam is incredibly excited to get back out on the water! Have you been on a Disney Cruise ship before? What's your favorite ship and why? Let us know in the comments below.